Sometimes, when I get a little cabin fever after too much time in my apartment, I think back to a fall night three years ago at Hard Rock Stadium. The University of Miami Hurricanes were, for a brief shining moment, a relevant football program again. We were welcoming the hated Notre Dame Fighting Irish to town for our biggest home game in over a decade. It was all that mattered in Miami.

We throttled them 41-8, with 70,000 people jumping, cheering, and holding up our turnover chains like we were all Cuban-link-wearing gangsters. It was pure, unbridled joy, the likes of which we experience very rarely in life. No matter if I hadn’t done a thing on the field, for those brief few hours I — and everyone else in that stadium — forgot the rest of the world existed. We were all winners, and those moments are why we love sports.

Boy, could we all use a moment like that right about now.

In the mass of stories I’ve read about the pandemic’s effect on the American psyche, I haven’t seen much discussion about the fact that nobody can turn to sports. Granted, for many a lack of sports falls well below dying and unemployment on their list of concerns. But sports are more than the vicarious thrills non-sports fans see.

They’re a great diversion when life gets tough, and a chance to feel good when you’re down. They’re a chance to debate something with no real consequence. And, above all else, they’re the greatest unifier a city, state, or country will ever have. 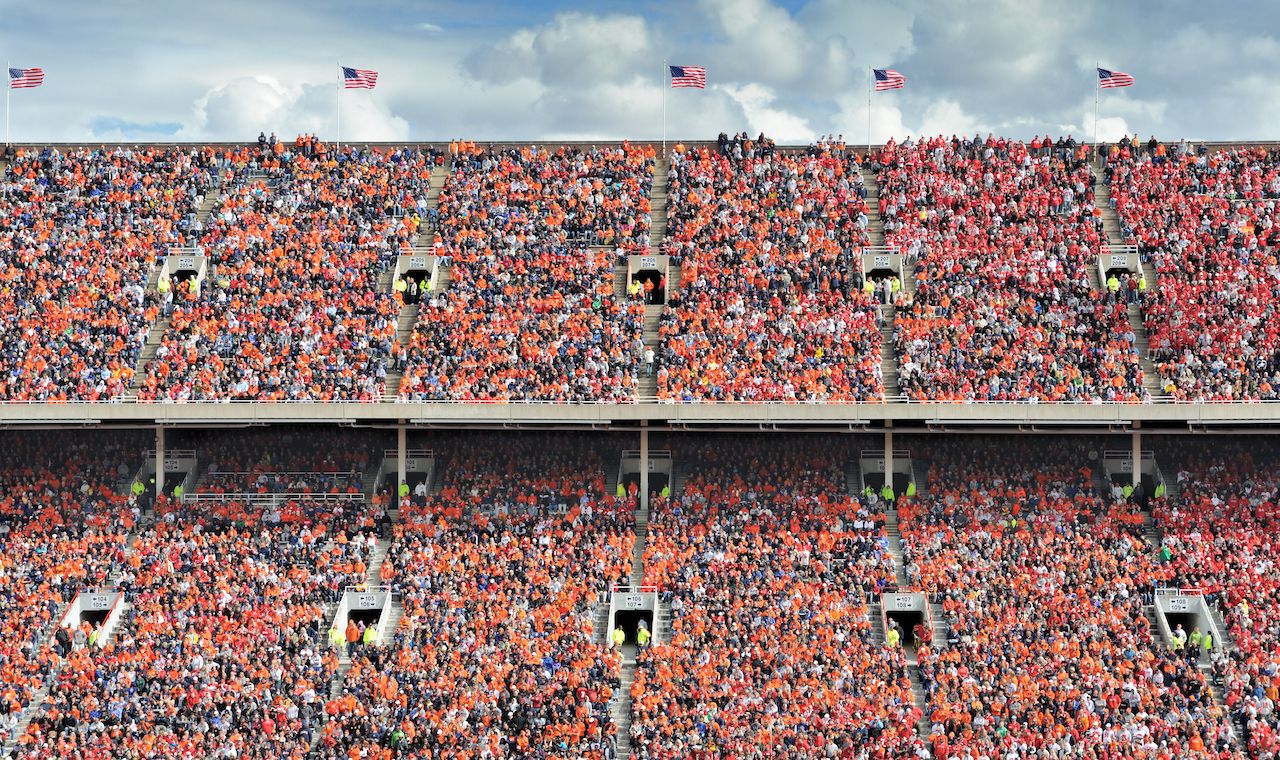 Could you imagine, right now, if you could turn on your television and watch a game — any game — in which you had a vested interest? Not Korean baseball or German soccer, which have both resumed, but a game with a team where you had an emotional stake. For a few short hours, the world of masks and social distancing would completely leave your brain, and you could briefly return to a world where 19-year-olds missing free throws was your biggest concern.

How nice would it be to text your friends for hours analyzing a game, talking about who should have started and who should have sat? How nice would it be to get a break from the news and listen, even for a few minutes, to scores and highlights instead of positive cases and death counts? Sports, even if we couldn’t attend the games, would get our minds onto something else for a while, and give many a reason to find joy in difficult times.

Sports are, quite possibly, the last place in American culture where we can agree to disagree. Politics hasn’t been like this in over a decade. The pandemic certainly isn’t, disagreement over mask-wearing protocol is a matter of public safety.

What we are missing in sports is an outlet for our argumentative spirit that nobody takes personally. Sure, you may talk trash to fans of opposing teams, and there are some who take sports so seriously they refuse to be friends with rival fans. But for the most part, in the United States anyway, we can sit on the same couch with a person rooting for the other team, mock them the whole game, and never let it get personal.

Lacking our last bastion of friendly debate, we’re left with a lot of hostility and no harmless way to channel it. And perhaps having a place to debate stuff like bad calls and conference superiority would leave a little more civility in debates of more serious matters. 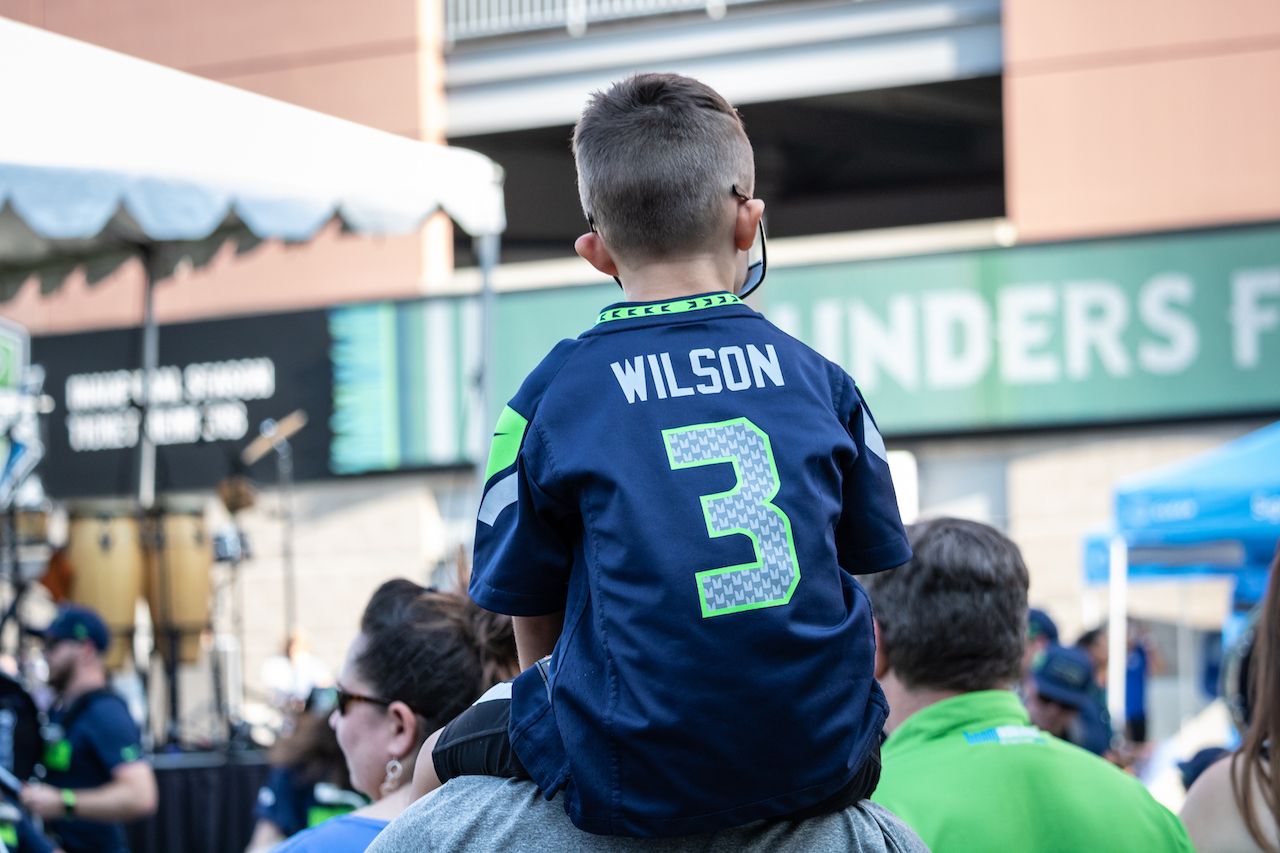 “The Super Bowl,” he said, without hesitation. “Not everyone in Seattle is a Democrat. But EVERYONE is a Seahawks fan.”

His point was, no matter people’s politics, sports unites a community in good times and bad. And in a time where people feel further apart than ever, sports might well serve to bring us just a little bit closer.

It’s especially true when a team is winning, as anyone who’s lived in a city or gone to a school making a championship run knows. A title run brings a unity among people in all walks of life — no matter what we believe or what part of town we live in, we are all fans. The Ivory Coast even paused its civil war in 2006 so both sides could watch the national team play in the world cup. Unity like that just doesn’t exist anywhere else.

And if your city’s down, sometimes sports help you heal.

It was best documented in the 1970s, when the steel industry was abandoning Pittsburgh and the city became the poster child for rust belt depression. But at the same time, the Steelers won four Super Bowls in six seasons, and many cite their success as part of why the city rebounded in the decade that followed.

More recently, there was the 2009 New Orleans Saints, whose Super Bowl win many pointed to as the city’s official recovery from Hurricane Katrina. People also cite the LeBron effect in Cleveland, and how that city emerged from its downtrodden state of the last recession with the Cavaliers’ playoff runs of the late 2010s.

There’s a certain overwhelming positivity that comes with winning sports, even in tough times. And since now is as tough a time as most living Americans have ever seen, any kind of positivity is welcomed.

If you’re not a sports fan, you probably don’t get it. You may well say sports are an overrated diversion and occasional waste of taxpayer money, full of egomaniac athletes and greedy owners. And risking anyone’s health for our own vicarious thrills is irresponsible.

It’s a valid point of view, but also completely ignores the fact that sports make many people happy and employ not just athletes, but hundreds of thousands of people who make sports games what they are. And as for safety, I’ve conceded it may be a long time before I can jump around a stadium hugging strangers again, but even bringing sports back into empty or almost-empty stadiums would be a huge ray of sunshine for our country. History may look at sports’ return as the moment when the United States started to heal. And, if nothing else, it’ll give us all something to get excited about as we claw our way back.

DocumentariesIf You Don’t Follow Sports, ‘The Last Dance’ Is the Best Place To Start
Tagged
Lifestyle
What did you think of this story?
Meh
Good
Awesome