Nestlé is embracing sustainability in a surprisingly creative way: The Japanese arm of the company, which produces KitKat bars famous for flavors like green tea, melon, and wasabi, plans to ditch plastic packaging and replace it with paper that can be folded into origami. 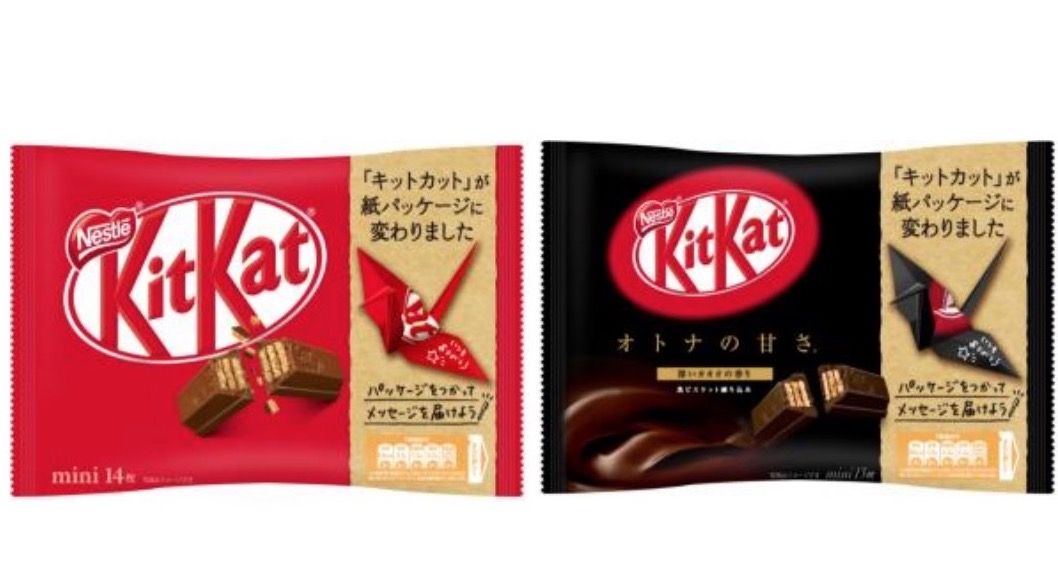 Instructions for how to fold an origami crane are also printed on the updated packaging. Mini KitKat bars will be the first to transition to the new paper packaging, but Nestlé plans to package its larger KitKats in origami paper by September 2020. By switching to paper packaging, Nestle hopes to save at least 380 tons of waste annually.

The move is one part of Nestlé’s initiative to exclusively use 100 percent recyclable or reusable packaging for all of its products, from candy to water, by 2025. Last year, the company announced its plans to go totally waste free, even going so far as to open the Nestlé Institute of Packaging Sciences this week.

The newly opened institute will develop new forms of packaging that won’t add to the already massive plastic pollution in Earth’s oceans. Nestlé decided to create the institute because the company felt that its suppliers were not working fast enough to create sustainable packaging.

The company is finally taking much-needed action to change its policies: Greenpeace found that Nestlé used 1.7 million tons of plastic in 2018, much of which ended up in the ocean and on beaches.

“Our vision is a world in which none of our packaging ends up in landfills or as litter,” Nestlé CEO Mark Schneider said at the opening of the Institute of Packaging Sciences. “We support the development of local recycling infrastructure and deposit schemes to help shape a waste-free world.”

Sustainability6 steps you can take today to become a zero waste traveler
Tagged
News Food + Drink Sustainability
What did you think of this story?
Meh
Good
Awesome