Norway has the world’s fanciest passport and Singapore and Japan have the world’s strongest passports, but the most fun travel document out there is definitely the new Belgian passport.

The previous Belgian passport featured the official buildings of Belgium on its pages — a fine idea, but one that perhaps lacks originality and fun. The new Belgian passport, however, is packed with whimsical illustrations that still focus on national pride.

The outside cover of the new Belgian passport does not stray from the traditional design. It’s a classic burgundy color with the terms “European Union,” “Kingdom of Belgium,” and “Passport” gilded in four languages (Dutch, French, German, and English). The outer cover also features the gilded crest of Belgium, as well as an embossment of the shape of the country containing the three letter BEL.

But inside, it’s an entirely different story: Tradition has been replaced with playfulness. The pages of the travel document are filled with heroes from famous Belgian comic strips.

The first indication of the fun to come is the appearance of the red-and-white checked rocket from Destination Moon (a comic book featuring Tintin, one of Europe’s most beloved cartoons) on the inside cover.  Tintin is perhaps the most famous of all the Belgian comic strip characters, and his creator, Hergé, has an entire museum in his name in Brussels. 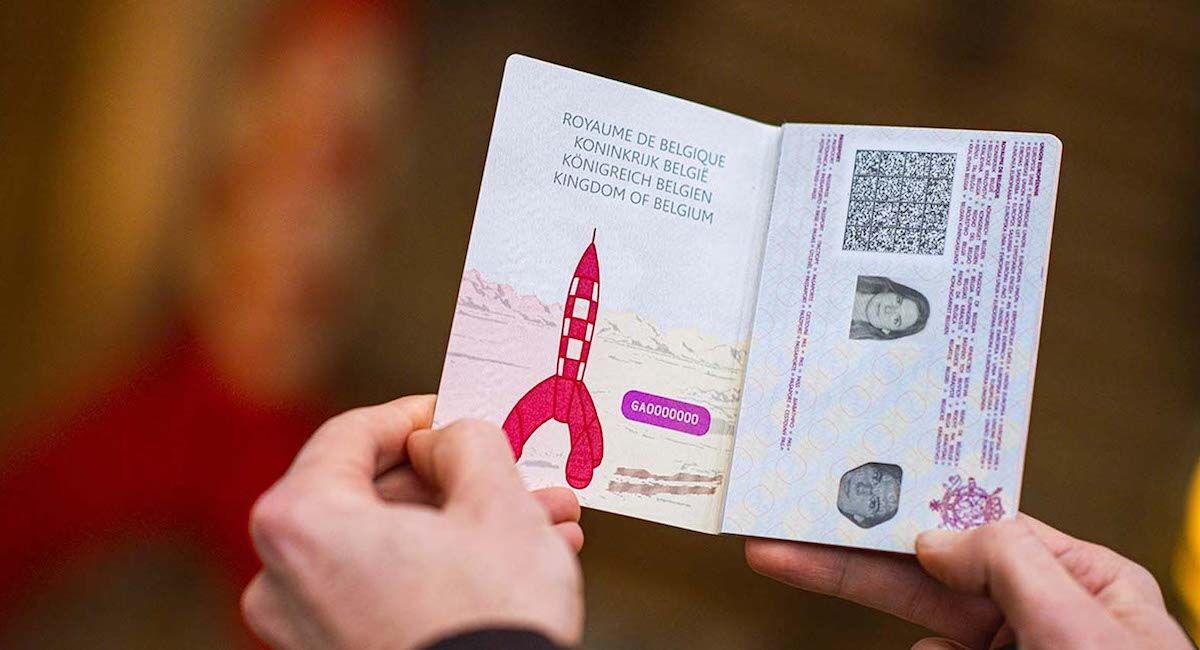 On the second page of the new passport, i.e. the information page, the rocket shows up again in a smaller format. But that’s not all: Under UV a light, the page glows with a hologram of Tintin in his space suit.

Every stamp page in the new Belgian passport features an iconic comic strip character: There are The Smurfs, Blake and Mortimer, Spirou and Fantasio, the Marsipulami, and many more. And every single page glows with a multitude of bright colors under UV light. 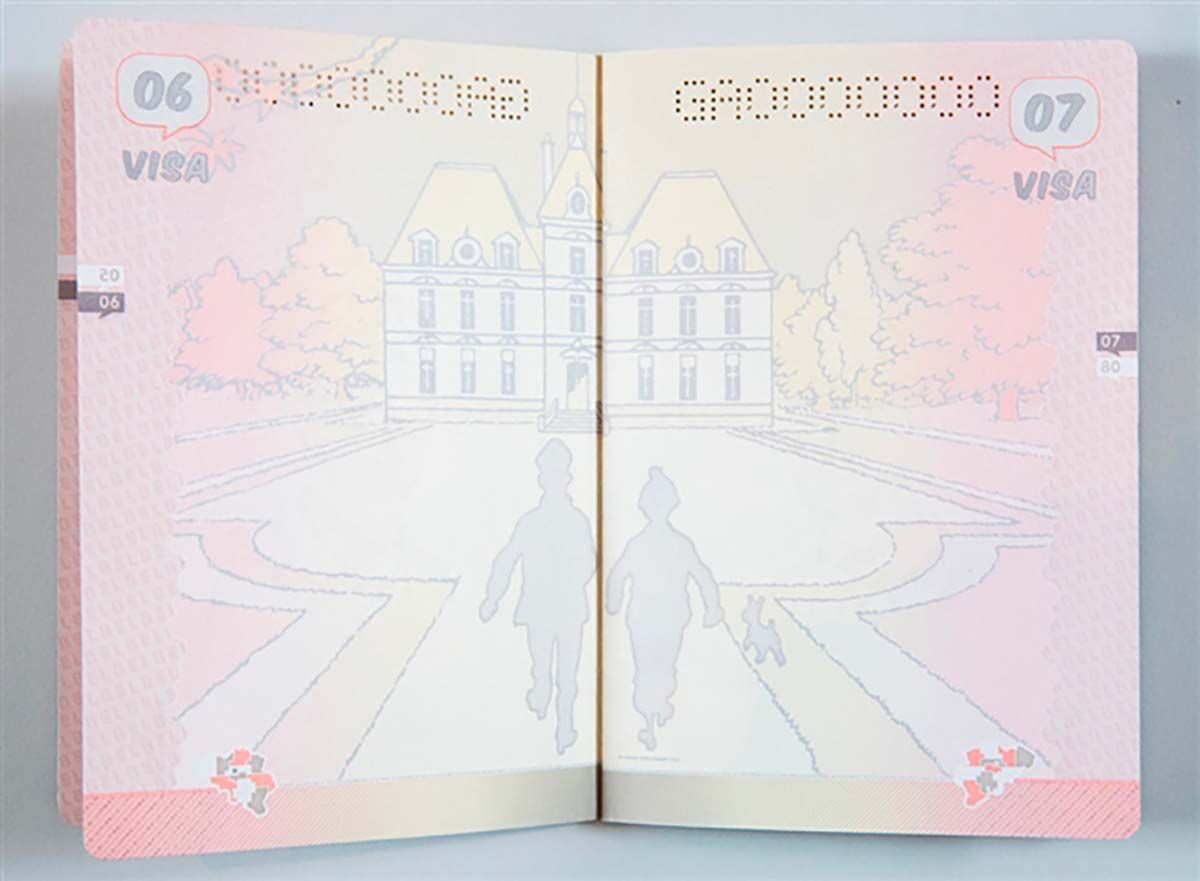 There’s an impressive level of detail that makes the new Belgian passport look like a comic strip to take it a step further. Even the page numbers appear in an amusing font in a comic-style speech bubble at the top of each page.

In the past few years, several countries have updated their passports to be much more visually interesting. Like the Belgian passport, the Canadian passport also has stunning holographic UV-light art on its pages, and Finland’s passport works as a flipbook of a running reindeer. If you want to learn more about the world’s coolest passports, check out Matador‘s story on the 7 coolest passports around the world and the stories behind their designs

To celebrate the launch of the work of art that is the new Belgian passport, a temporary exhibition on the history of the Belgian passport will take place at the Comics Art Museum in Brussels until March 6, 2022.

The Art of Eating Waffles Like a Local in Belgium