In Brussels, comic strips are not limited to newspaper pages. The city is home to many comic strip illustrators — among them Peyo, creator of The Smurfs, and Hergé, creator of The Adventures of Tintin. Here in Belgium’s bilingual capital, their characters have all but jumped off the page. Throughout the city, you’ll find massive comic murals on the sides of buildings, as well as in galleries and museums, and you can take much of it in over the course of a long weekend. Brussels’ comic obsession even goes a bit further with the annual Comic Strip Festival each September that celebrates this Ninth Art, with this year’s event happening September 13-15. But no matter the time of year you visit, here’s where to take in the comic strip art in and around Brussels. 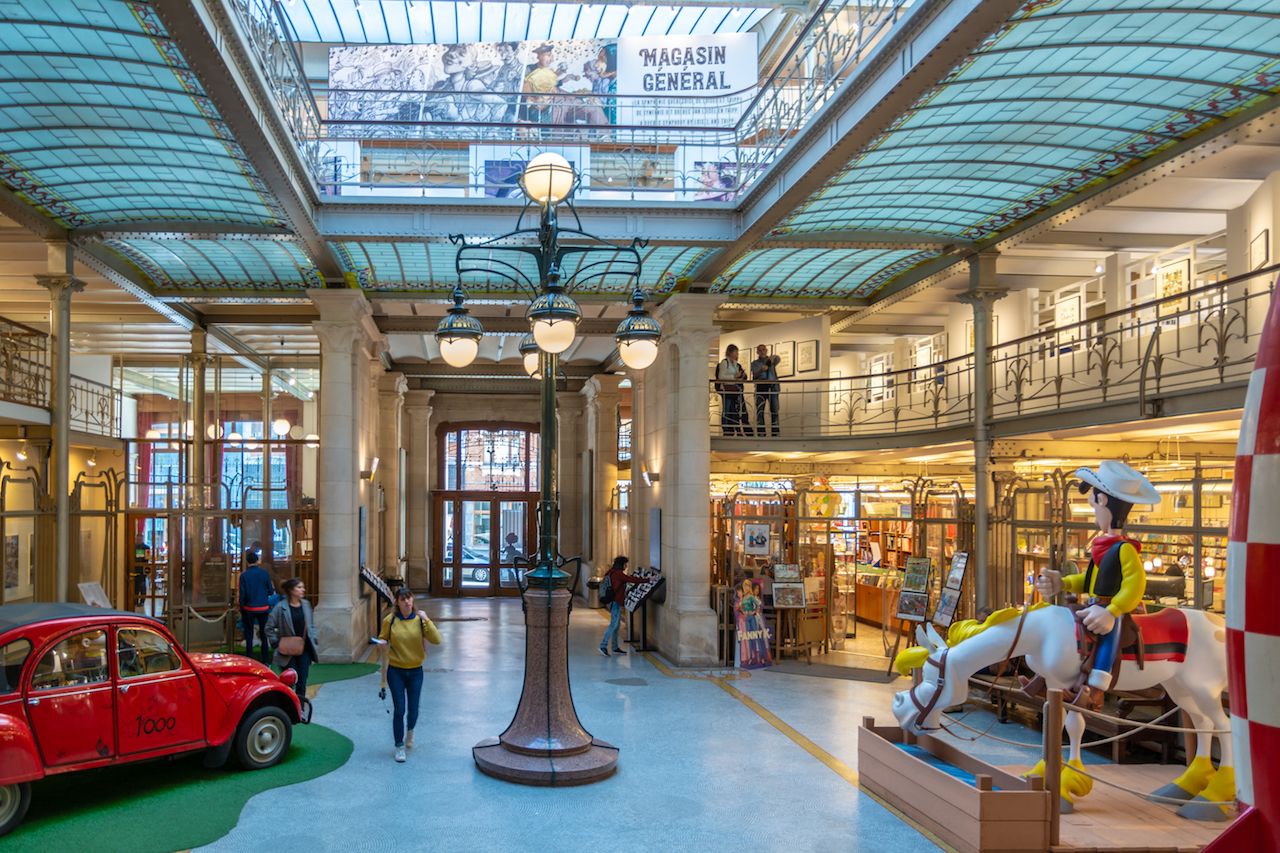 Within an Art Nouveau warehouse building designed by Belgian architect Victor Horta, the Belgian Comic Strip Center gives a good understanding of not just the history behind comic strips but also their place within culture and society over time. On its second level, a permanent exhibit on the invention of comics follows a chronological timeline, tracing back to cave drawings and hieroglyphs through the style’s massive growth in popularity following its first appearances in newspapers. Belgium’s noted illustrators have their place here as well, including The Smurfs, which have a section dedicated entirely to them containing informative displays about Peyo and his blue characters. This exhibit is a highlight of the facility where you can trace The Smurfs’ evolution from print to TV to movie screens, as well as see related props such as a mushroom house.

The House of the Comic Strip

Translated as “La Maison de La Bande Dessinée” and founded by a die-hard collector, The House of the Comic Strip is a well-stocked bookstore with a vast array of comics in various titles and languages. Browsers and buyers may find comics in French, Dutch, English, German, and Spanish, making this the place to be for multilingual comic fanatics. It’s also the spot for hard-to-find publications and editions. If you’re looking specifically for a Tintin comic, you’ll find plenty of options here. Along with books, this shop holds posters, figurines, statues, and serigraphies, and it even offers works extending to Magna and graphic novels. 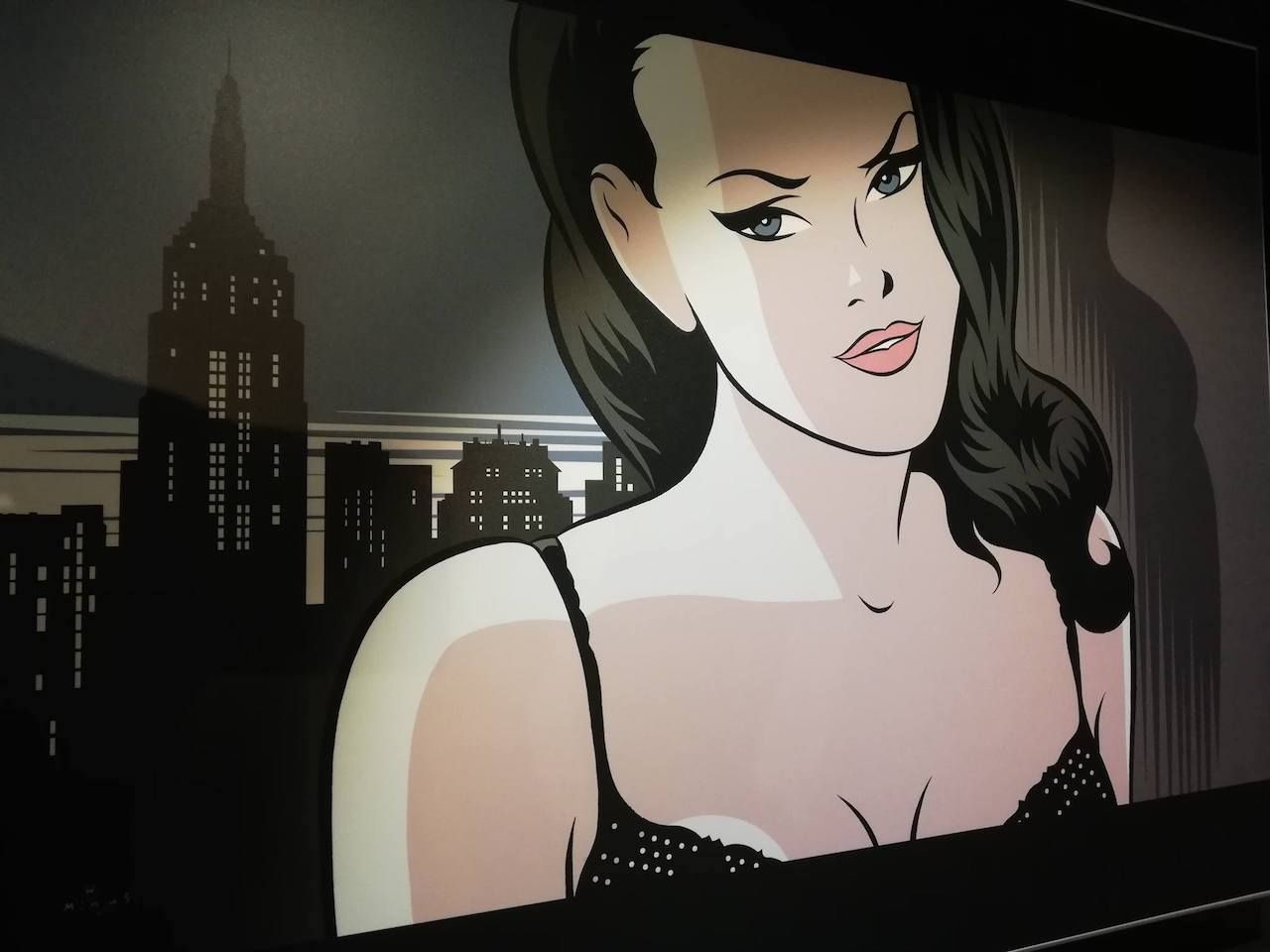 The Museum of Original Figurines presents a more three-dimensional aspect of comic strip art through figurines, collectables, and visual art of popular drawn characters. Its collection stretches beyond typical comic stars to include figures of well-known and interesting personalities from Belgian, French, and American storylines. Along with standing figures, 3D art of these colorful personalities appear at the facility, seemingly ready to jump out of their canvases.

With two locations in Brussels, the fine art focused Huberty & Breyne Gallery has expertise in comic book originals and illustrations while housing a signature collection of signed works by comic stars including the famed Belgian cartoonist Hergè. It also recognizes works by artists that go outside of this medium, such as François Avril, Dominique Corbasson, Jacques de Loustal, and the French comic master Christophe Chabouté. The gallery holds various exhibits relating to Franco-Belgian comics, including both past and living illustrators, and also participates in BRAFA, a leading art and antiques fair in Europe hosted in Brussels.

In the town of Louvain-la-Neuve, which is south of Brussels, the creator of Tintin has a museum that’s all about him though its format goes beyond the beloved cartoon and his many adventures. Here, you’ll learn more about this Belgian’s multi-faceted career as a graphic designer, cartoonist, caricaturist, illustrator, and storyteller. Hergè’s personal stories are told through various rooms in the museum, which also holds more than 80 original plates and 800 photographs, documents, and objects relating to his work. Even the building itself is a wonder as it’s located within a flower field. Along with exhibition galleries, the museum contains a café, gift shop, and cinema. 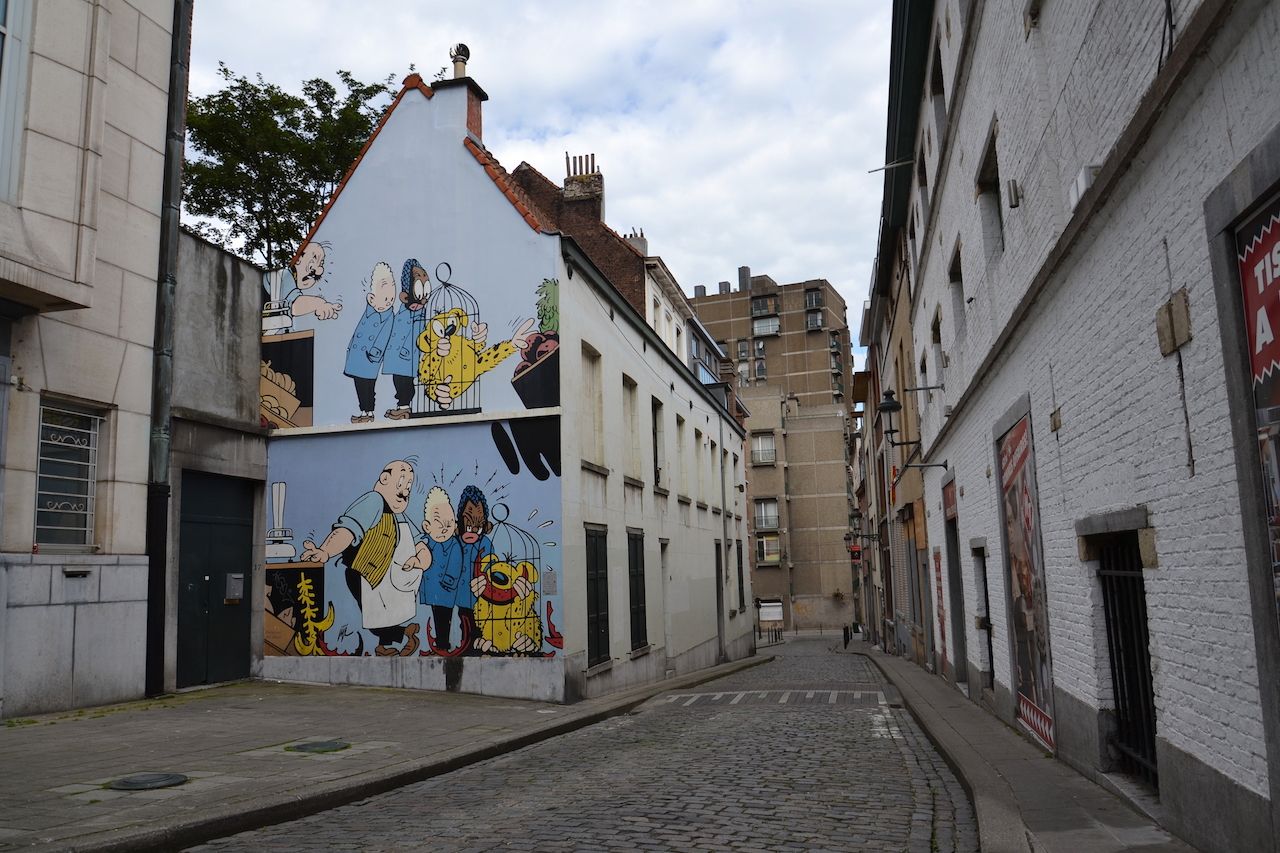 Belgium’s Comic Book Route started in the early ‘90s and promotes well- and lesser-known characters and cartoonists by enlarging their designs as murals on the walls of buildings. The murals can be found throughout the city center, and you can take them in with a stroll about, covering many of the most popular sites in an afternoon. A complete list and map of the murals are available at tourist information centers in the city for one euro, but here are the must-see highlights to discover along the route: 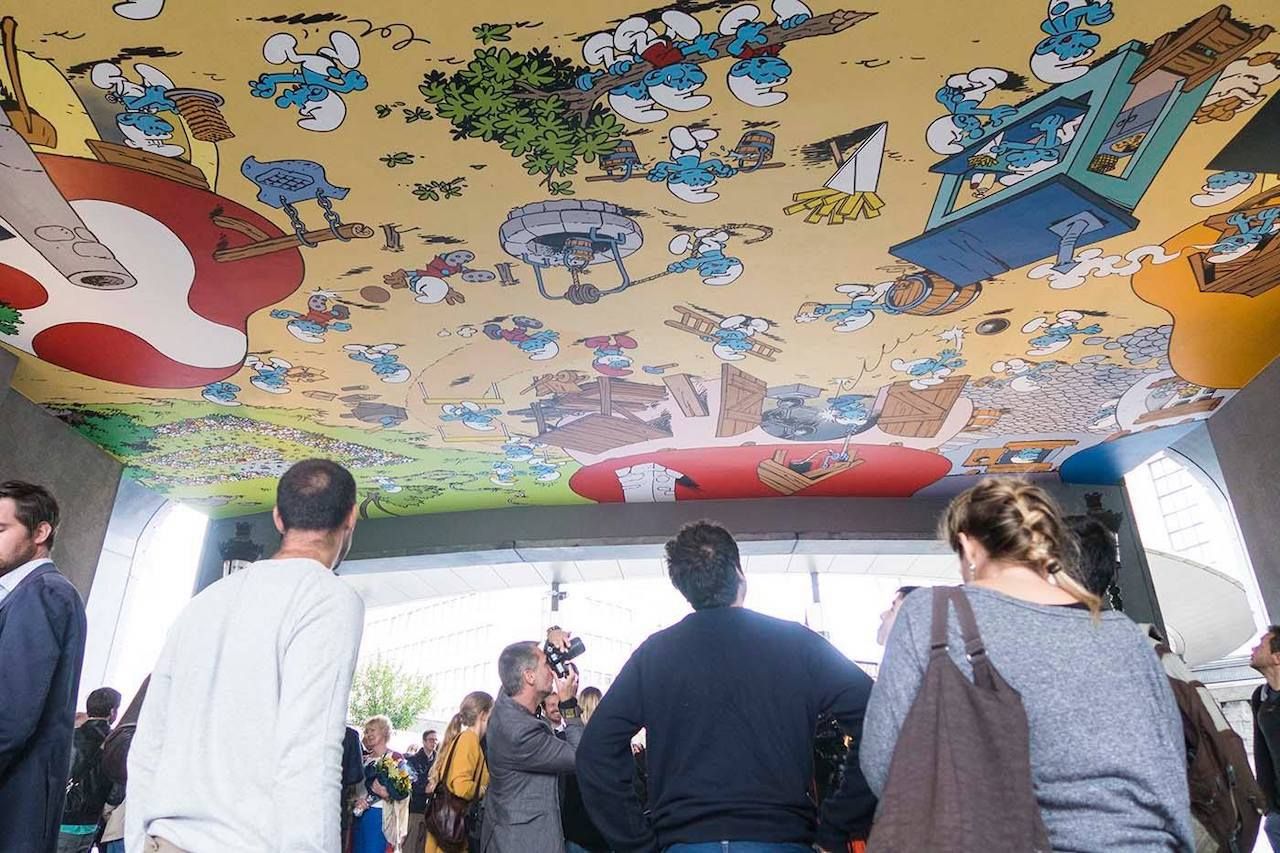 In honor of their 60th birthday in June 2018, the famous blue characters got their own little village via a big ceiling mural at the passage of the former quarter of Putterie, located opposite the Brussels-Central Station. 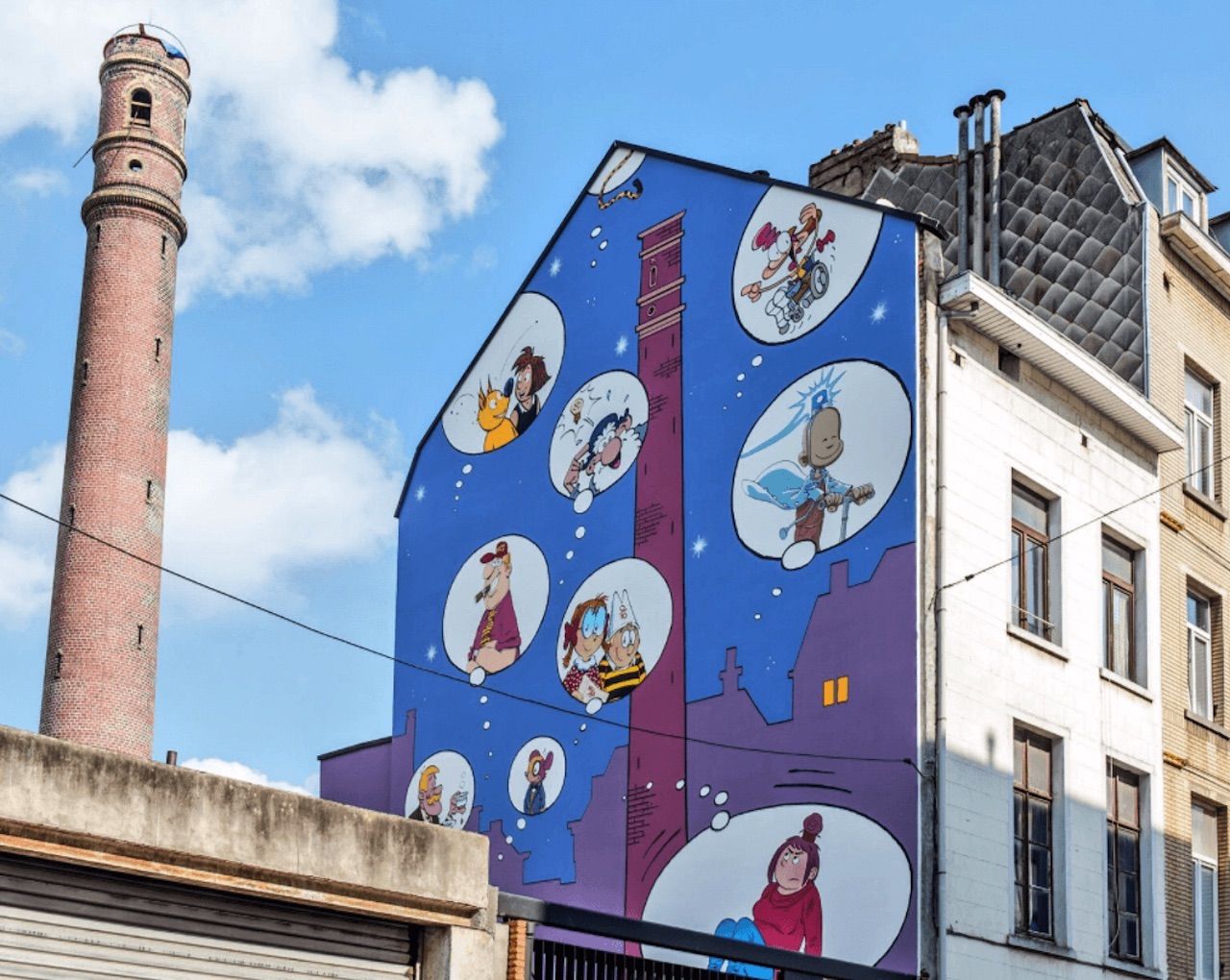 Created in September 2018, Belgian author Zidrou is pictured surrounded by 10 different characters from the Belgian comic book world. This fresco is part of the Tour à Plomb, a sports and cultural center. 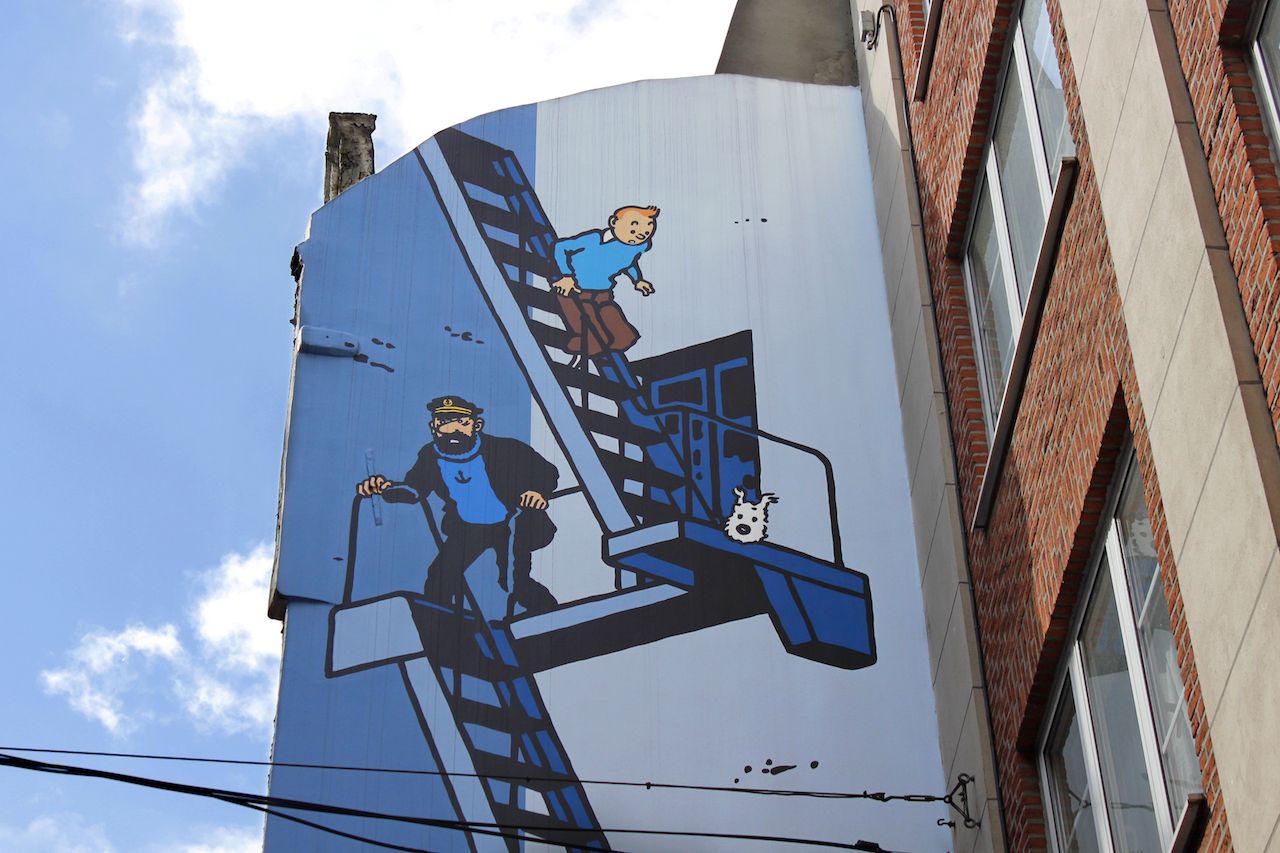 Based on The Calculus Affair, the eighth volume within the comic series on this beloved Belgian, Tintin is depicted as descending down a fire escape within this junction. 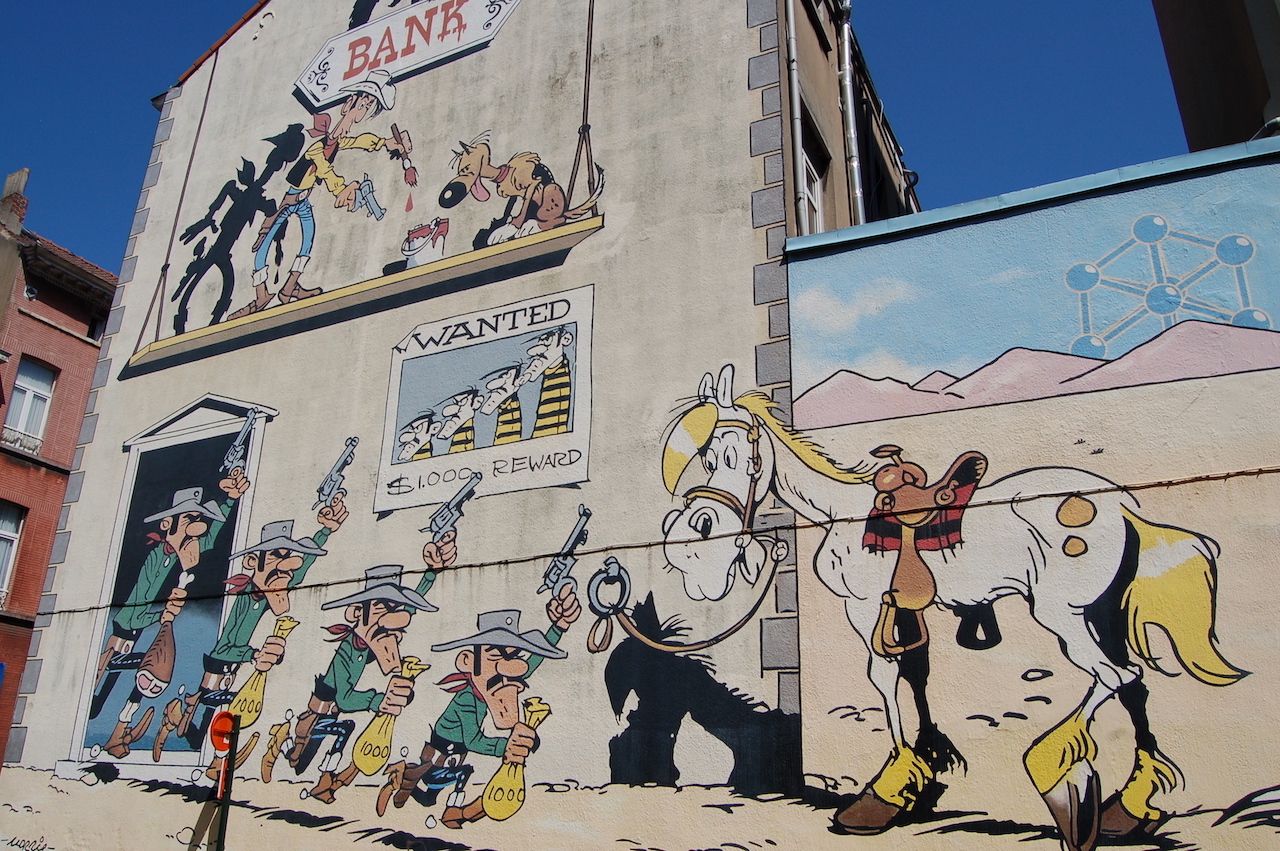 This Western-themed fresco is based on a comic series created by Belgian cartoonist Morris and is one of the largest murals on the route. It shows the cowboy of the same name, who shoots faster than his shadow, lays down the law, and tackles his arch-enemies, the Daltons. 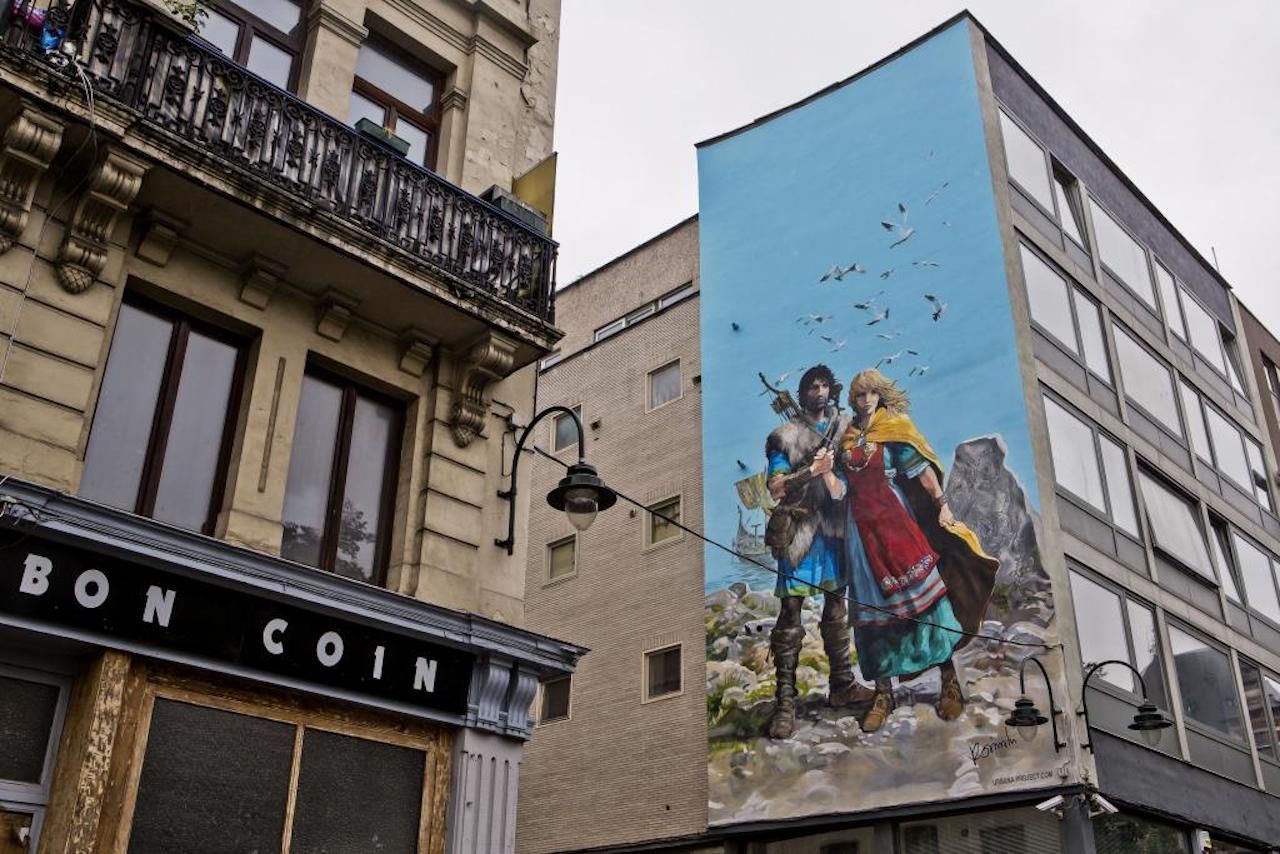 Shown with his wife, Aaricia, this mural of a Viking hero is the joint collaboration between Jean Van Hamme, a Belgian novelist and comic book writer, and Grzegorz Rosinski, a Polish comic book artist who later resided in Belgium. The couple overlooks Place Anneessens, a public square within the city center, appearing at the square’s corner and rue de la Caserne. Thorgal is widely considered to be the first comic book, resulting from the collaboration between a graphic artist from the “Eastern Bloc” and a writer from the “Free World,” within the context of the Cold War.

DessertThe Art of Eating Waffles Like a Local in Belgium
Tagged
Art + Architecture Trip Planning Brussels, Belgium
What did you think of this story?
Meh
Good
Awesome