The first-ever cinema hotel just opened its doors in Paris, allowing guests to enjoy movies in the comfort of their private room. The new Hotel Paradiso has a total of 36 rooms, each one equipped with a screen projector. Located in Paris’ 12th arrondissement, the hotel is the perfect place to visit for dedicated cinephiles. Created by brother Elisha and Nathanaël Karmitz, Hotel Paradiso opened its doors in March and is already highly sought after.

“This is a direct homage to ’60s Hollywood. There’s a solid relationship between hotels and cinema. Not only do you have a lot of hotels in the movies, but also in L.A., a lot of movies are being made. You meet in hotels; you produce in hotels,” Elisha Karmitz told Travel+Leisure. 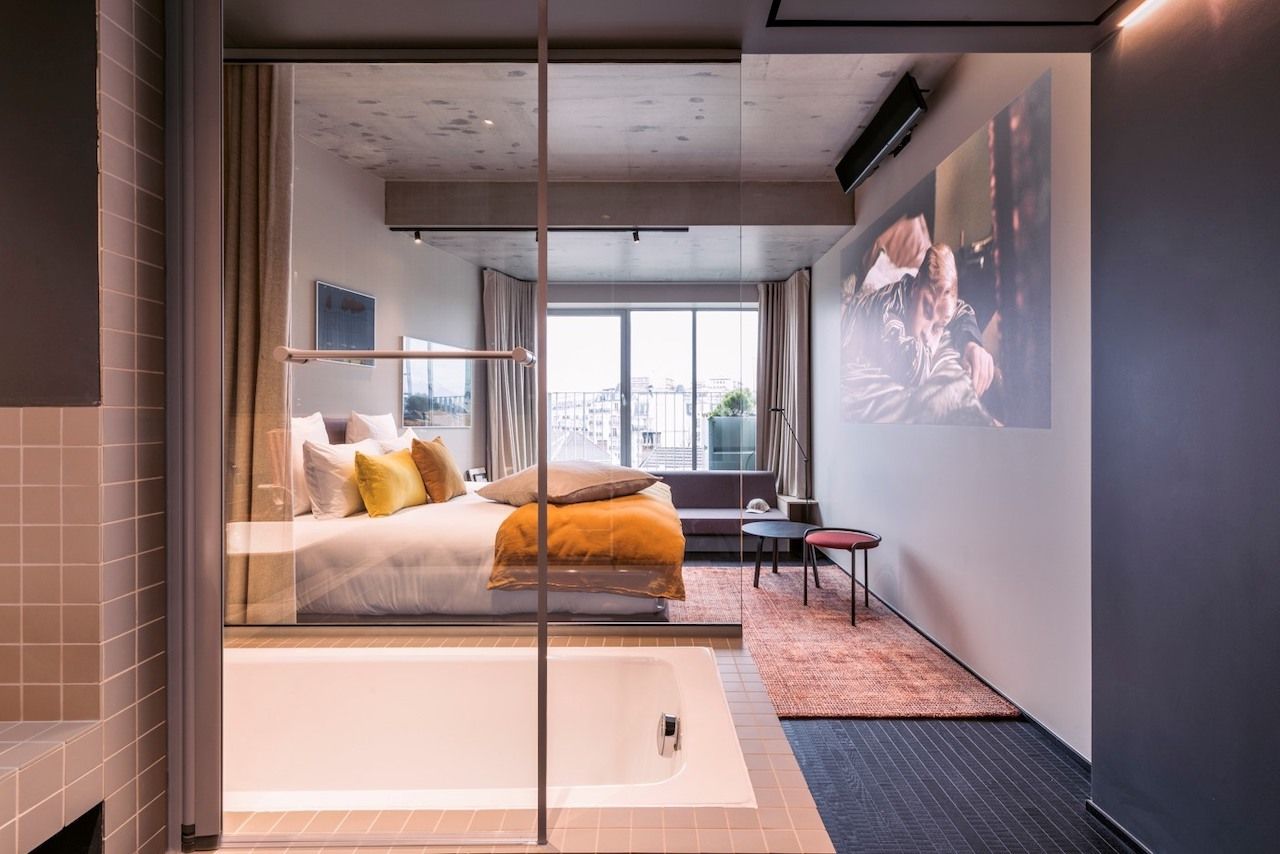 By using an iPad to select a film, guests experience their room turn into a bona fide movie theater with a nine-foot screen that comes down from the ceiling as lights go dark. Some of the hotel’s rooms even allow guests to watch movies from the bathtub on a PlayStation 5. And for those who enjoy karaoke, there is a La La Land-themed karaoke suite with a selection of over 10,000 songs to perform with the help of a state-of-the-art surround sound system.

“It’s a way to tell foreigners this is the real Parisian way of living — come to the East and see all the artists. See the lifestyle when you are interested in culture and cinema,” Elisha added.

This floating luxury hotel generates its own electricity
Tagged
News Where to Stay Paris, France
What did you think of this story?
Meh
Good
Awesome

Flight Prices Are Up 40 Percent Since January. Here’s How Much Higher It’ll Get This Summer.
This Airbnb on a California Cannabis Farm Lets You Get Out Among the Plants
California May Get a New State Park With Campgrounds and Kayaking Spots
The 9 Most Underrated Road Trips in the United States
The 10 Most Wish-Listed Airbnbs in the US This Summer Will Inspire You To Get Out in Nature