Everyone stands in awe of geysers as they spout into the air, but what actually causes that sudden burst and why are some taller than others? A new study published in the Proceedings of the National Academy of Sciences has the answers, particularly with regard to the famous Steamboat Geyser in Yellowstone National Park.

There are more geysers in Yellowstone than anywhere else in the world. One of them, Steamboat Geyser, had been dormant until recently. Prior to 2015 it only erupted sporadically, and was completely silent for three years afterward. In March 2018, however, it began erupting once again — 109 times, to be exact, between March 2018 and July 2020. 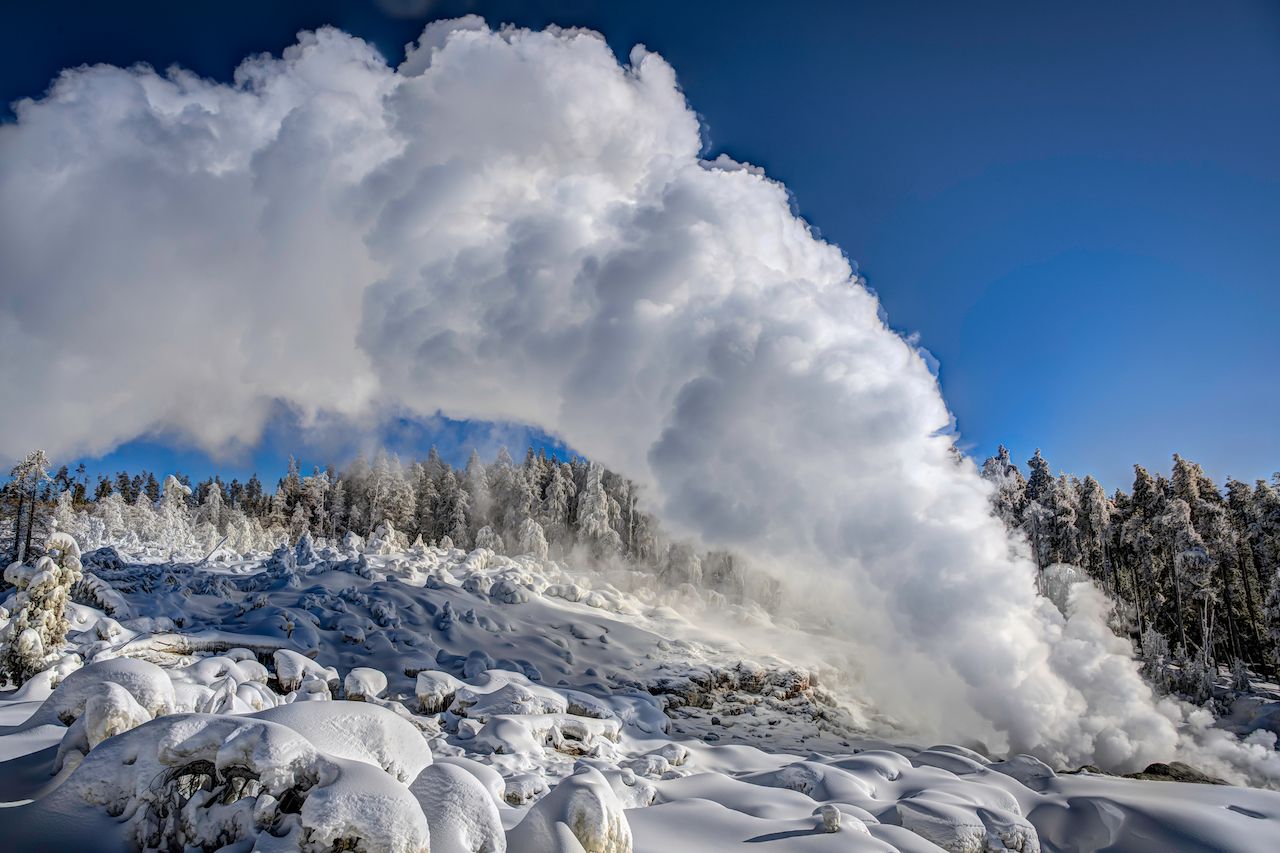 Now Steamboat erupts an average of once every seven days, and the eruptions exceed heights of 300 feet. The tallest active geyser in the world, Steamboat even eclipses the iconic Old Faithful, which usually reaches 106 to 184 feet.

According to the study, Steamboat’s water is deeper underground than other geysers and therefore contains more thermal energy that creates tall and powerful eruptions.

“Steamboat’s erupted water is stored deeper than at other geysers. If eruptions begin when water is at the saturation temperature, water in deeper sources has more thermal energy that can be converted to mechanical work and kinetic energy driving the eruption. We found a correlation between the depth of the shallow-water sources (bubble traps) under geysers and eruption height, but we highlight that there is much uncertainty in estimating source depth and eruption height.”

The study explains that acquiring detailed data about geysers like Yellowstone’s Steamboat “would help answer fundamental questions about how geysers work and provide insight into similar multiphase processes and associated geophysical signals that occur at volcanoes and on other planetary bodies, such as Saturn’s moon Enceladus.”