New Zealand, that country that just seems to be good at everything, looks like it’s won the battle against coronavirus too.

Last week, Prime Minister Jacinda Ardern cautiously announced the country had effectively “eliminated” COVID-19, with only one new case and four probable cases reported. The virus isn’t completely stamped out, but it is at a point where the country can easily identify and isolate any new cases, and quash any potential outbreak.

So it might be tempting, now, to look to New Zealand as a model in beating coronavirus. But it’s also important to understand that New Zealand is an island nation with under five million people, no land borders, and a culture very different from the United States. So comparing their methods to ours is, basically, comparing apples to kiwis.

What we can do, however, is see what New Zealand did right, learn from it, and see how even a small part of it might be applied at home.

It begins with the culture of unity.

Before anyone in New Zealand had ever heard of COVID-19, its culture was very much one of cooperation. No, not everyone saw things the same way, but while it may be a country for adventurous extremes, political extremes are rare.

And when people generally agree on politics, it’s a lot easier to agree on solutions to a pandemic.

“Largely it was a result of collective purpose,” says Dan Thomson, a small business owner in Christchurch. “New Zealand is a very astute country, and we all have similar beliefs. We don’t have a distrust in the media, we actually love our politicians and usually are in the center of the political spectrum. So everyone knows what their role is, and people all understood what had to happen.”

He went on to say how that differed from the US where, from what New Zealanders can gather from American news networks, there’s a great disconnect across states and regions about how best to fight the virus. Though it doesn’t look like the US will be on the same page about anything any time soon, at the very least we can look to New Zealand and see that if we could, somehow, put our differences aside, fighting this enemy would be a lot more efficient. 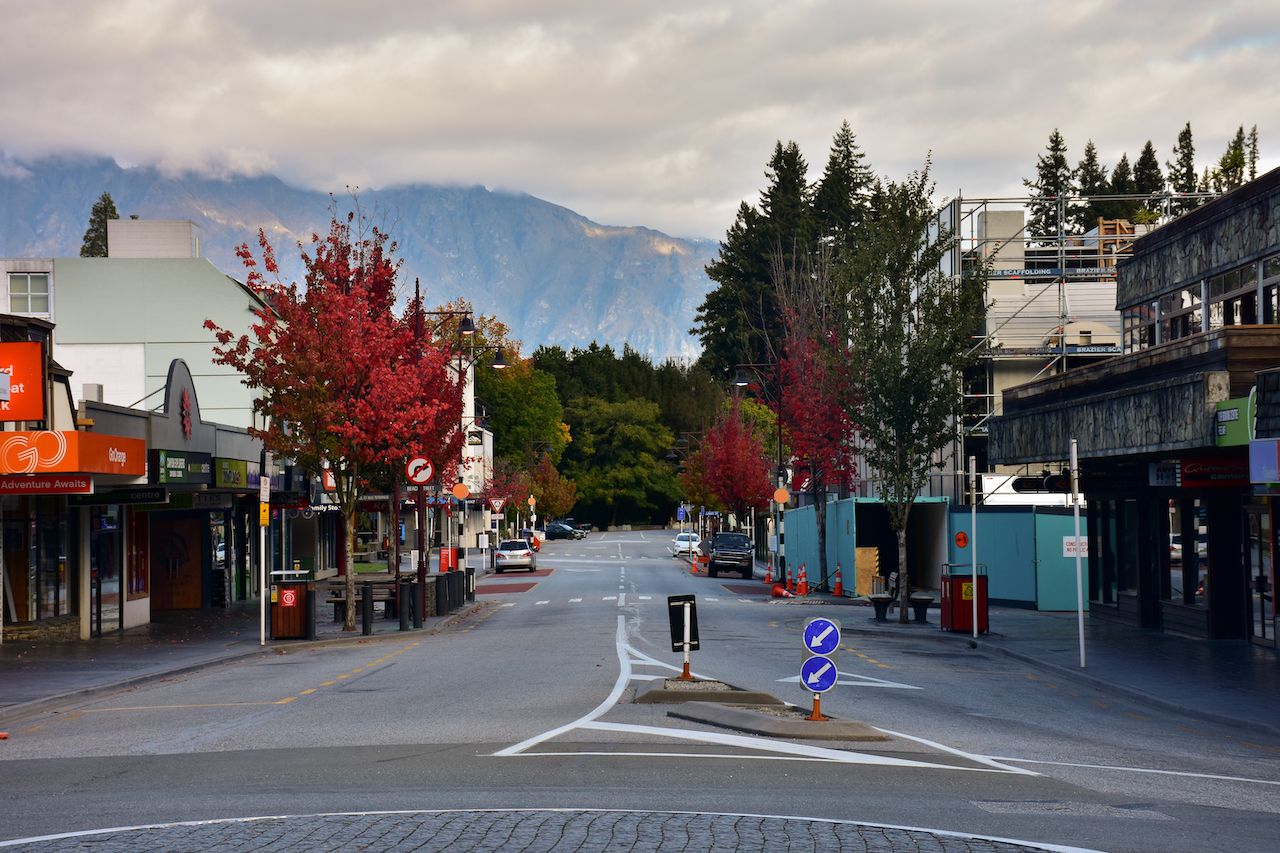 New Zealand closed its borders to every non-resident or citizen on March 19 when it only had 102 cases of the virus. Granted, it’s far easier to close borders in a country with no land borders, but it sealed off any potential outside infections before community spread was commonplace, which allowed contact tracing to be far easier than it would have been had the country waited.

It also instituted mandatory 14-day quarantines for all New Zealand nationals returning home from abroad, which people adhered to and respected. When I came back from Europe shortly after President Trump stopped all flights from Europe, I wasn’t greeted with much more than an LED sign at immigration reminding me to wash my hands. Not that I’m complaining about not being quarantined, but the difference in approach is dramatic.

New Zealand developed a strategy of elimination, not containment.

Only a few days after announcing the borders closed, Ardern announced the country’s plan to eliminate the virus, not simply contain it. It involved four levels of lockdown, the strongest of which was implemented a couple of days later. It mandated no travel outside the home aside from an hour of exercise and essential activities. Schools and nonessential businesses were closed, no large gatherings were permitted, and public venues like parks and harbors were also shuttered.

The strategy paid off almost immediately, with a spike in new cases with 89 on April 2, then 67 on April 6, and 54 on April 7. By the time Ardern announced the country would be moving back to Level 3 last week, the number of new cases was down to one.

It is likely too late for the US to adopt a strategy of elimination, and as our population is much larger and our borders far longer than New Zealand’s, it may not have been practical in the first place. But while this unprecedented event has no clear-cut solutions, and it’s well possible the world offers multiple successful strategies, it seems that New Zealand’s quick, strict measures worked for them. 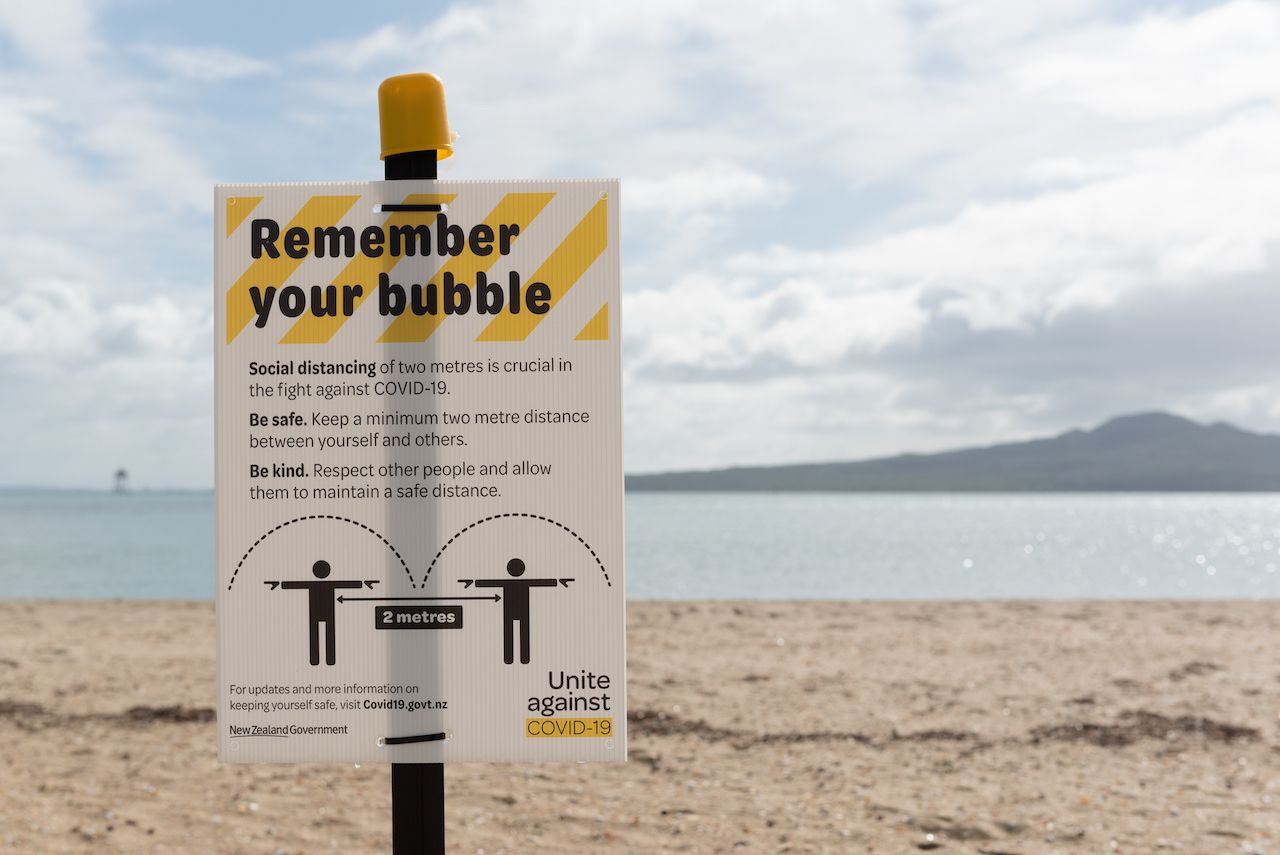 Prime Minister Jacinda Ardern did not tiptoe around what New Zealanders needed to do if the country was to be successful in its elimination strategy. She announced early on that the country’s strategy would be elimination — not containment or suppression — and gave the country two days to prepare for it. She then kept the lockdown firm until numbers were low enough that the country’s director of general health felt it could be lightened and gave daily updates and briefings, once in a faded sweatshirt from what looked like her bedroom.

“Ardern is very good at acting as a mom would,” Thomson says. “She has loads of empathy but also calls it how she sees it.”
For the most part, the opposition National Party has gone along with Ardern’s plan for eliminating the virus, and there was little blaming or finger-pointing and rather a focus on solutions.

This style of leadership is why a recent poll found 88% of New Zealanders trust their government.

New Zealand has tested about 2,190 people per 100,000, among the highest rates in the western world. For comparison, the United States has tested a little over 1,700 people per 100,000. Logistically, we have a much larger area and population distribution to test. But the numbers from New Zealand show what has already been widely reported: The more tests you give, the more you know, and the faster you can get healthy people out of quarantine. 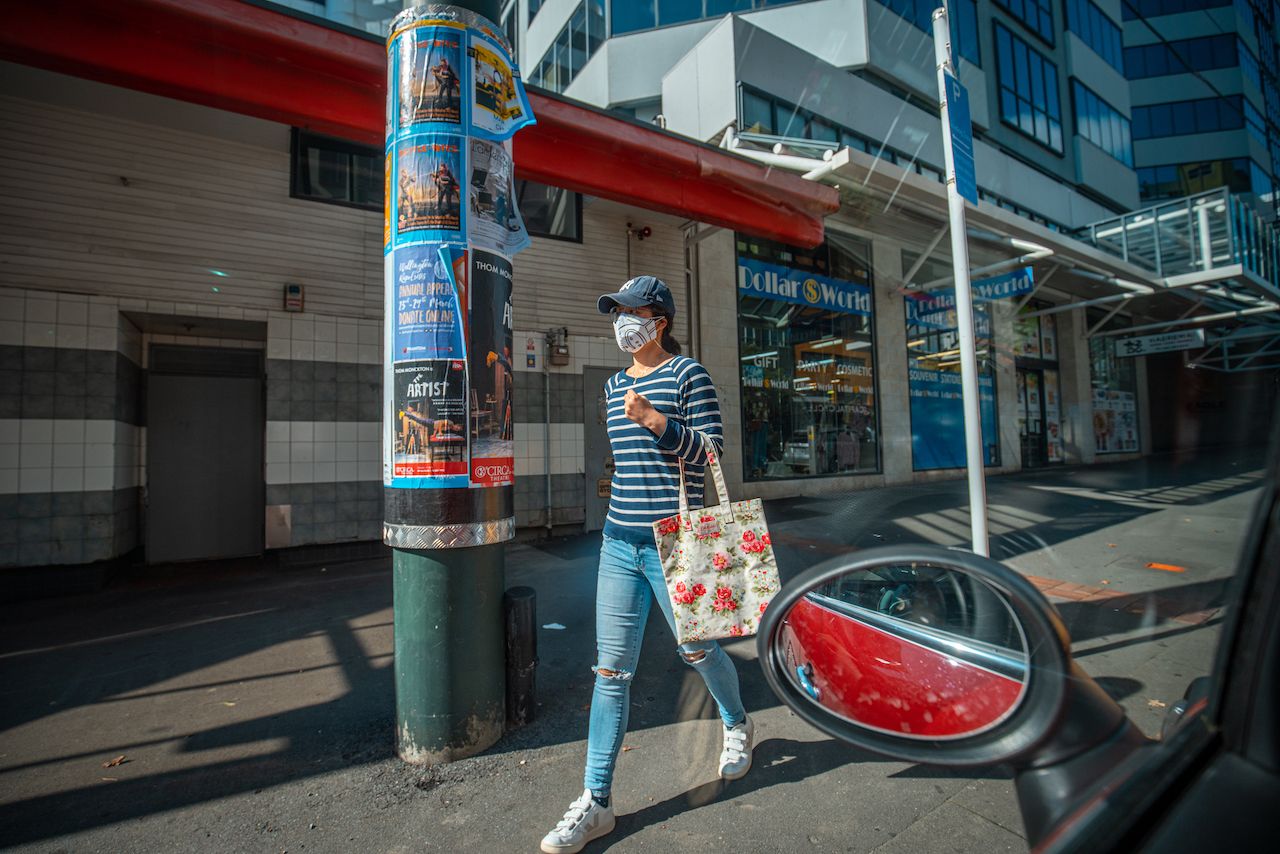 New Zealand gets six percent of its GDP from direct tourism and another four percent from tourism-supported industries, meaning a full 10 percent of the country’s GDP has been non-existent for six weeks. And it will be for the foreseeable future, until other countries catch up to New Zealand’s near-elimination.

“Businesses have suffered immensely and will continue to,” says Thomson. “Global trade and tourism will be affected long term, and this will result in loads of unemployment. But we’re all doing well under the circumstances. Everyone is feeling a bit more chilled about all of this.”

So why are Kiwis so much more “chilled” than the 30 million out of work Americans? Much of it goes back to the trust in government and the attitude of collective purpose. It also has a single-payer healthcare system, which has been looked at as a model by some examining how to fix healthcare in the US. Economic hardships aren’t taken lightly in New Zealand, but it also didn’t see people protesting because of its effects.

Again, this country’s model isn’t one that could be realistically replicated in the US, and given how much further along we are into the pandemic, it likely wouldn’t be as effective even if we could. But by looking to New Zealand not only as a model of action but also of culture, perhaps we can find some inspiration for how to handle these kinds of crises in the future.

WellnessWith Bars Open and Kids in School, Sweden Stands Alone in Its COVID-19 Approach
Tagged
Wellness New Zealand
What did you think of this story?
Meh
Good
Awesome