Third eyes. Birds with a taste for ovine flesh. Lost creatures rediscovered. Wildlife in New Zealand can be adorable, wacky, heroic, and, often, all three at once. From forest floors and soaring alpine skies to cavernous fjords and coastal waters, an assortment of habitats have spawned one-of-a-kind species — though their well-being is strained by a combination of environmental changes and non-native predators introduced in recent centuries. Below are nine animals, most of which are protected, that you can find and support on your New Zealand travels. 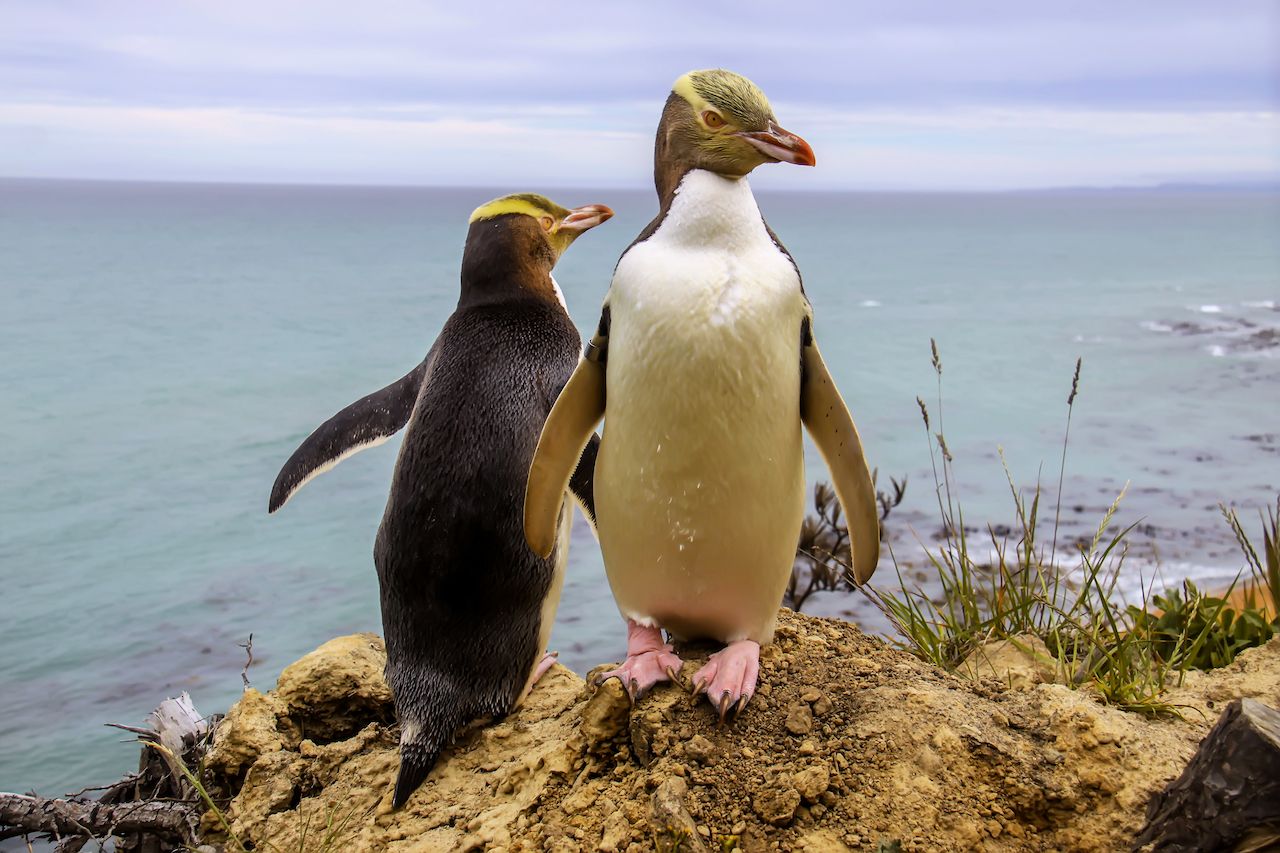 Three species of well-dressed birds can be found on New Zealand’s North and South Islands: the yellow-eyed penguin, Fiordland crested penguin, and little blue penguins. As with the kea, the former two are classified as threatened, though in this case, it’s due to such factors as habitat pollution and loss of eggs and young to stoats, rats, and other scavengers.

At dusk on the Otago Peninsula and in the coastal Catlins region, catch yellow-eyed penguins returning to their nests after a day at sea. If you’ve got a sharp eye (and luck), you might spot Fiordland crested penguins wiggling their coattails in their namesake national park. Blue penguins are more abundant and can be found on the coastline around both main islands, such as on Miramar Peninsula in Wellington and at the blue penguin colony in Oamaru. 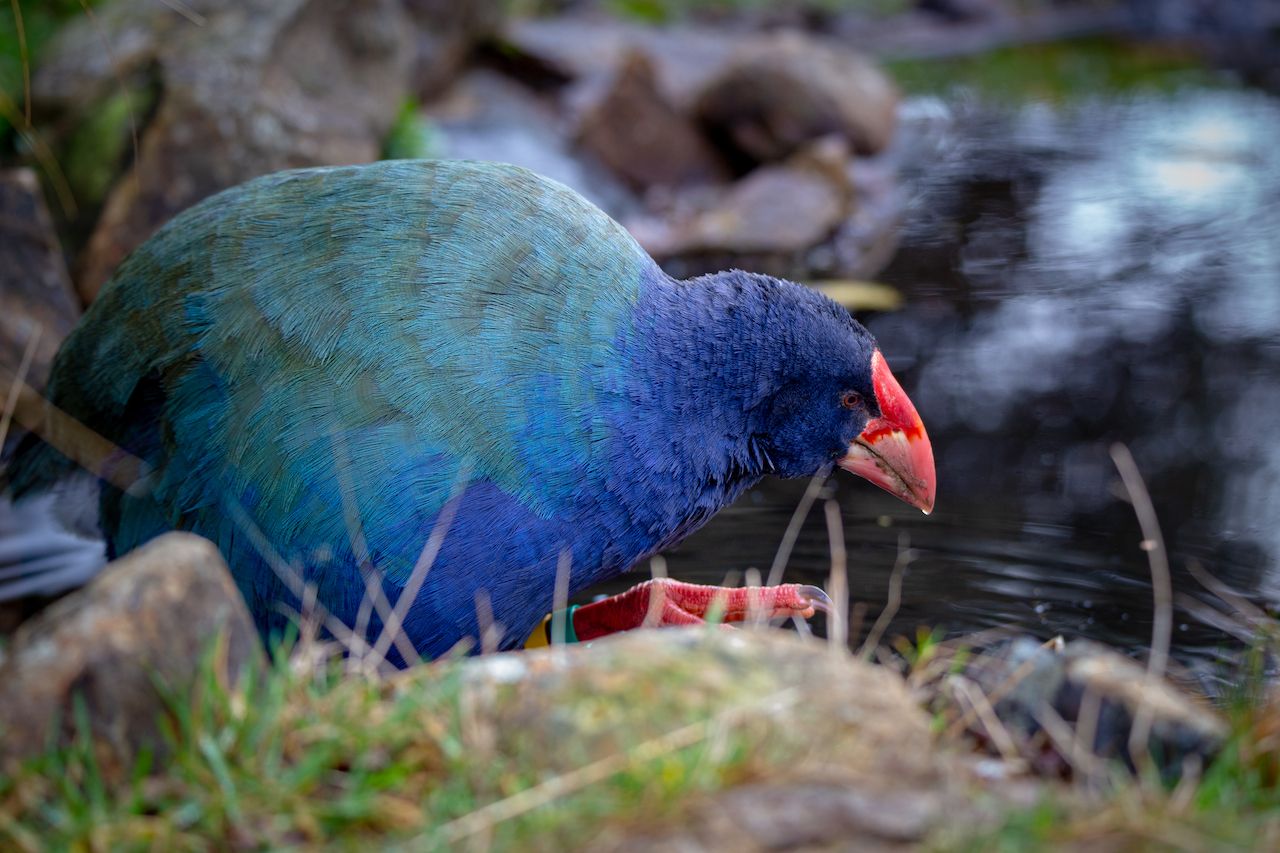 Flightless birds, takahē found their food sources depleted on the ground and little legs not quite fast enough when new fauna made landfall in New Zealand, along with migrating humans. This, in combination with hunting and environmental factors, led to their suspected extinction in 1898 until a tramper tracked them down in the Murchison Mountains near Te Anau 50 years later.

As an endangered species, wild takahē can only be found in those same mountains where they were rediscovered, an unlikely trek unless you’re skilled in backcountry tramps. Instead, visit wildlife reserves like the bird sanctuary in Te Anau, where Department of Conservation (DOC) rangers will host takahē feedings for a donation of two NZD ($.135), or the eco-sanctuary Zealandia in Wellington. 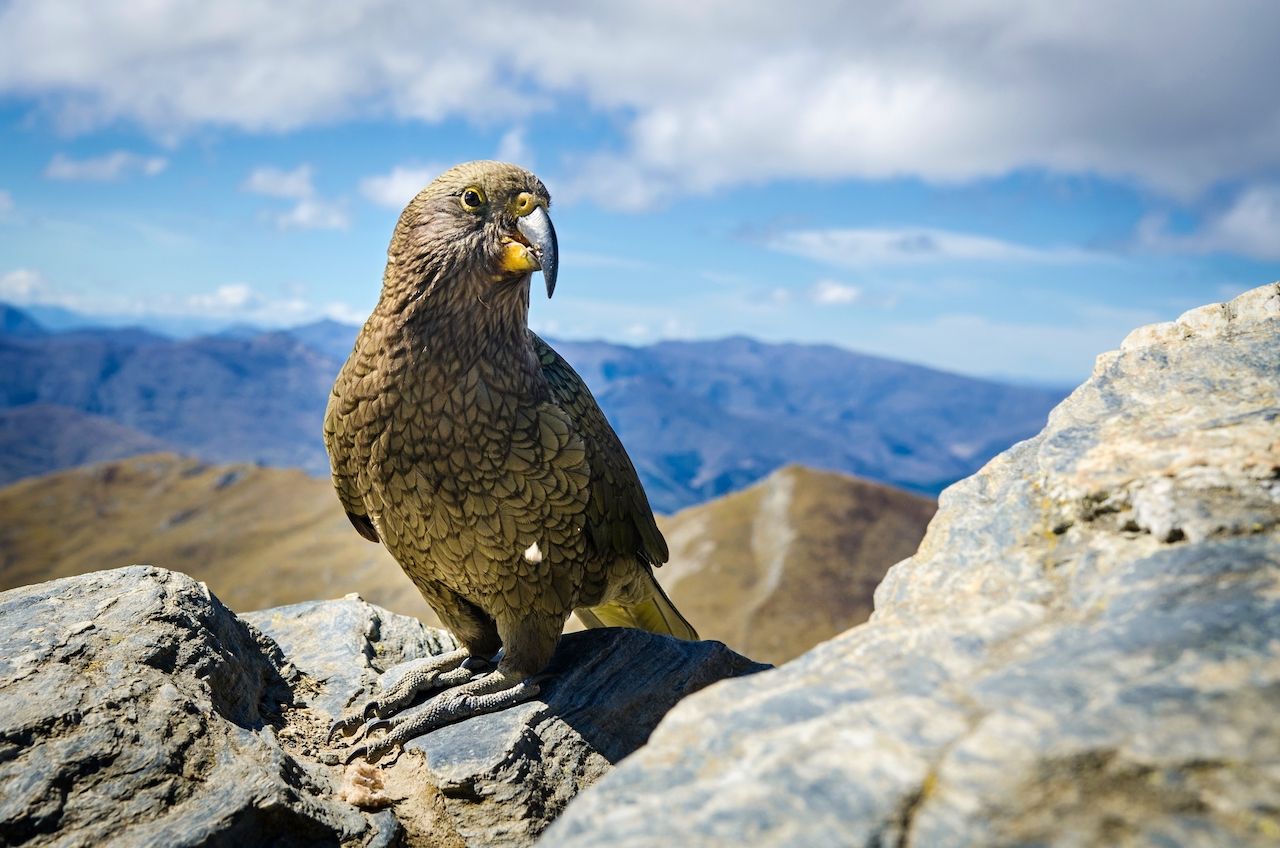 Polly want a sheep? No, really. This alpine parrot wields its talons and beak as a knife and fork, dining on a platter of ovine fat deep beneath the skin of a sheep. As livestock succumbed to infections in kea-caused wounds, the bird became public enemy number one and was swiftly overhunted. Now a threatened species, keas are known for less violent, albeit odd, antics like tearing up backpacks and bike seats. Presumably for fun.

Locals use the word “cheeky” to describe keas, and most encounters with them confirm this trait. See them firsthand in Fiordland National Park on alpine tramping tracks like Routeburn and Kepler. On walks in Mount Cook and Arthur’s Pass, the kea’s distinct, piercing call is also likely to fall on your ears, and you’ll spot a flash of their emerald and burnt orange feathers gliding through the sky. 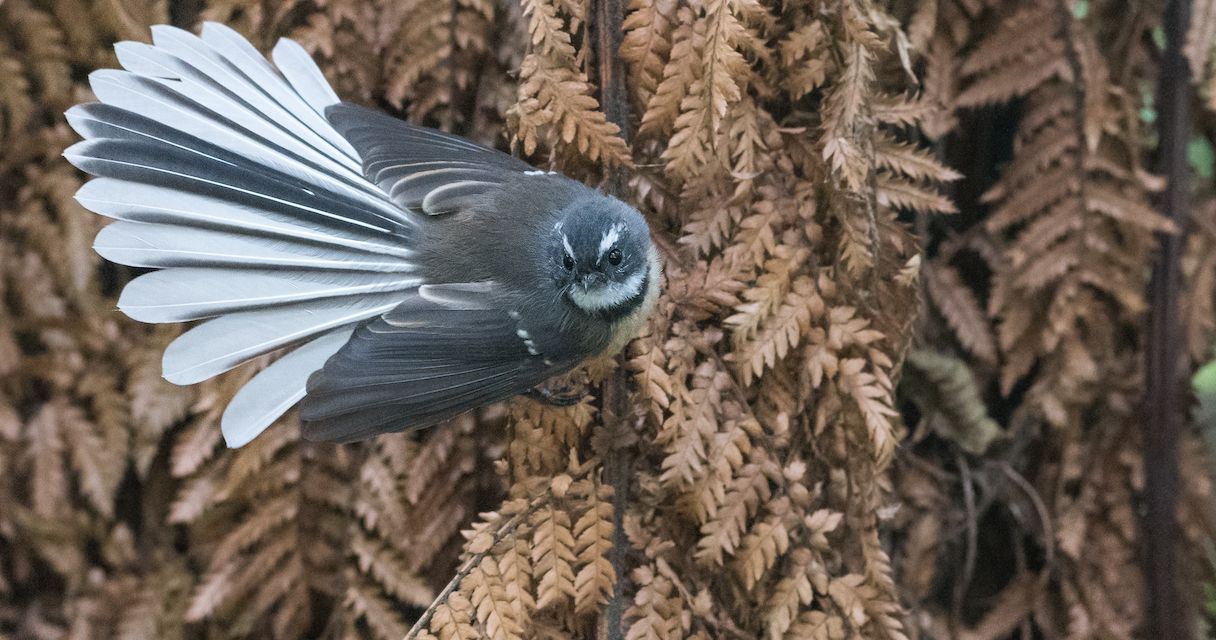 Perhaps unsurprisingly given the name, this miniature bird’s tail feathers unfurl like a fan, giving them a delicate, graceful appearance. Despite loss of eggs to hungry rats, three of the country’s subspecies have done well in post-settled New Zealand, thanks in large part to their swift reproductive abilities. With their iconic tails disproportionately large in comparison to their bodies, fantails are easy to identify. You should be able to spot them flitting about on nearly any walk in the bush. Get used to the lilting birdsong of the fantail and other New Zealand avifauna, which set a charming soundtrack for all your tramping adventures. 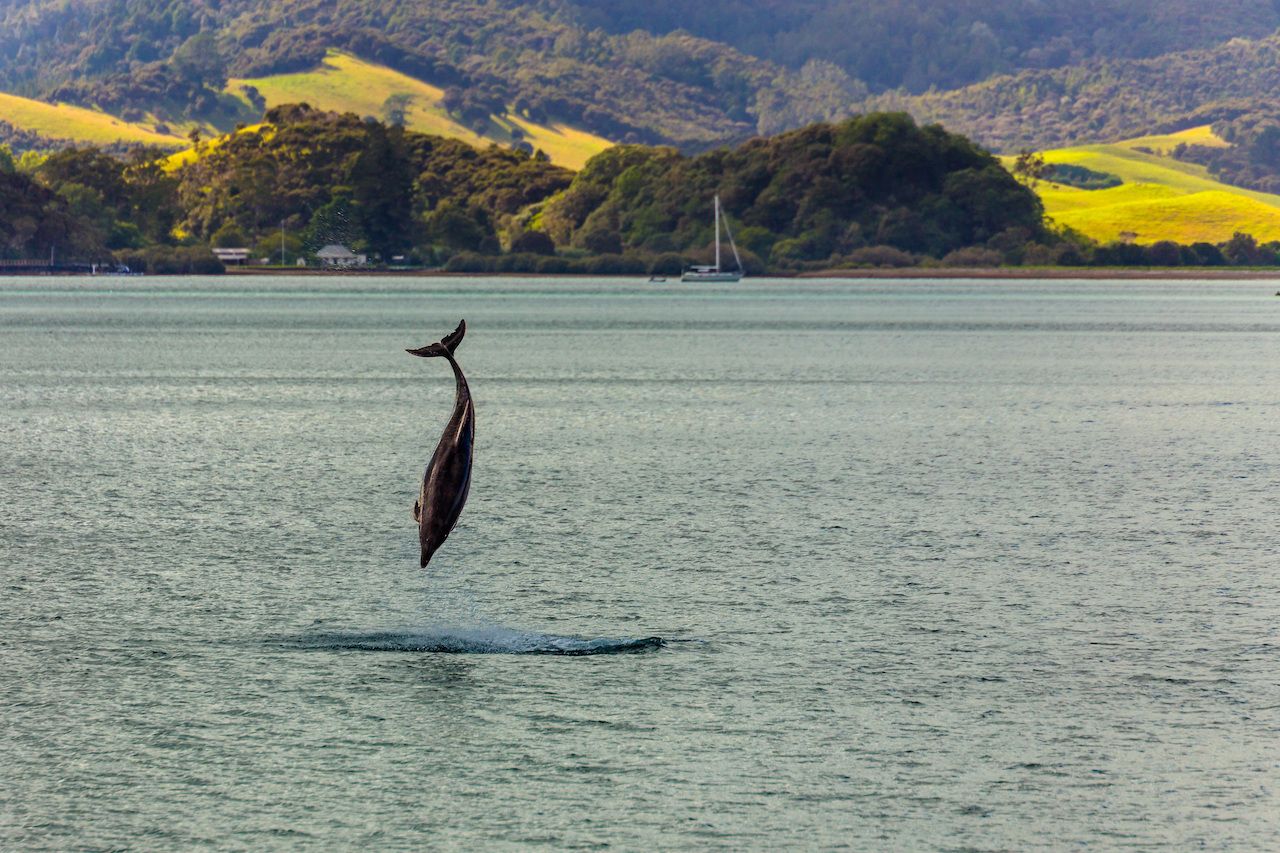 Time to step away from birds for a minute. Though they certainly dominate the landscape of New Zealand fauna, the country’s coastal waters also house loveable creatures. Among the seafaring crowd, Hector’s dolphins and their subspecies Māui dolphins, known for their small size and marked fins, are both unique to New Zealand.

Endangered, the former can be found along Banks Peninsula near Christchurch. Māui numbers have sunk to just double digits, making sightings scarce. The West Coast North Island Marine Mammal Sanctuary, running from Maunganui Bluff to Oakura beach, protects the Māui’s habitat. If you don’t get to spot either, bottlenose dolphins are aplenty, and you’re able to pursue up-close experiences like swimming with them in the Bay of Islands or watching them follow your boat in Milford or Doubtful Sound. 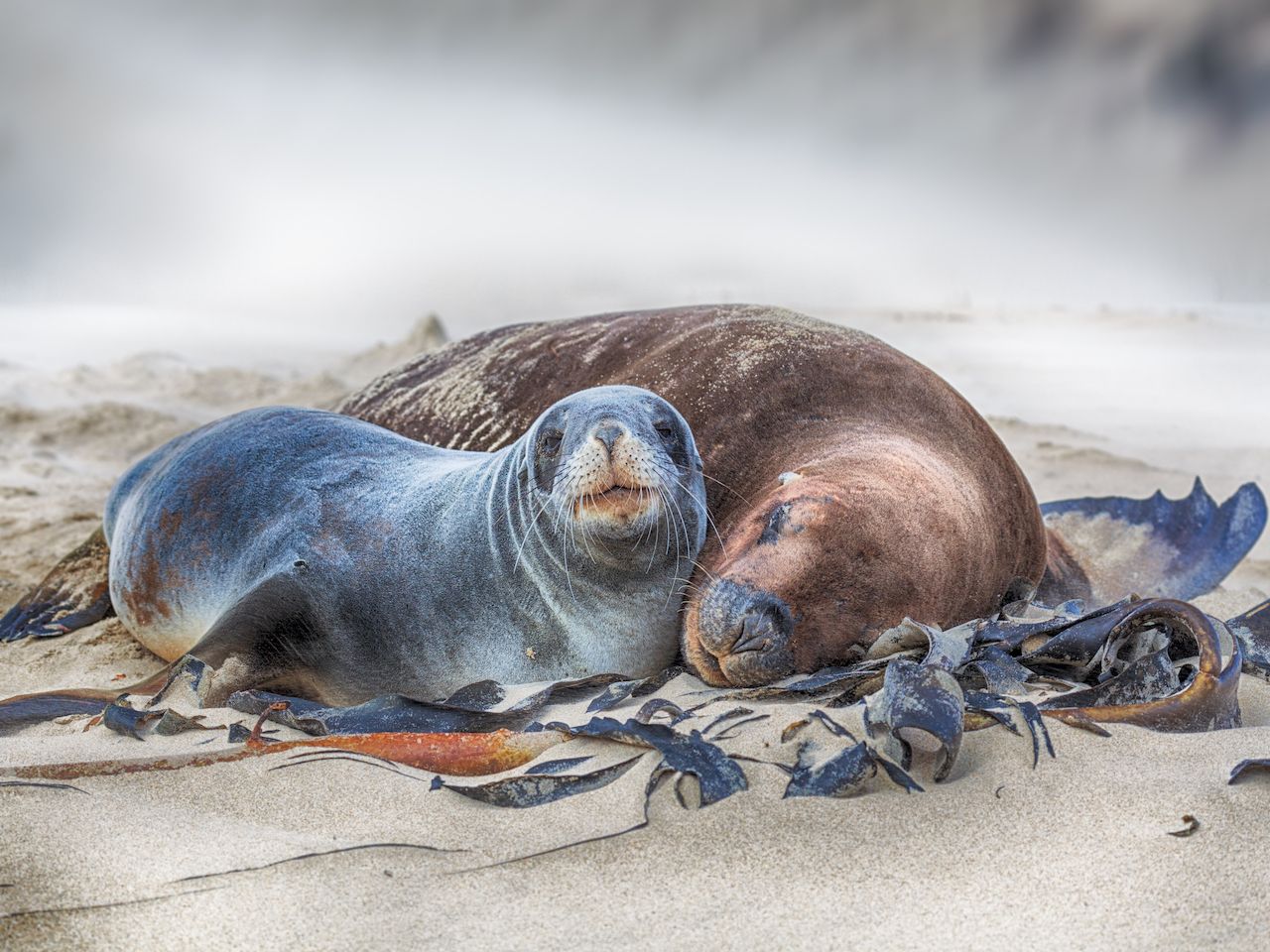 As with dolphins, disease and accidental capture in commercial fishing nets are major factors to the decrease of sea lions in New Zealand. Until the end of the 19th century, harvesting sea lions was a practiced trade, and due to all of this plus food shortages, the population hasn’t really had a chance to bounce back. Spot sea lions in protected areas on Stewart Island and Otago Peninsula. Take note: Sea lions might charge you if you linger too long, so don’t be a loiterer. 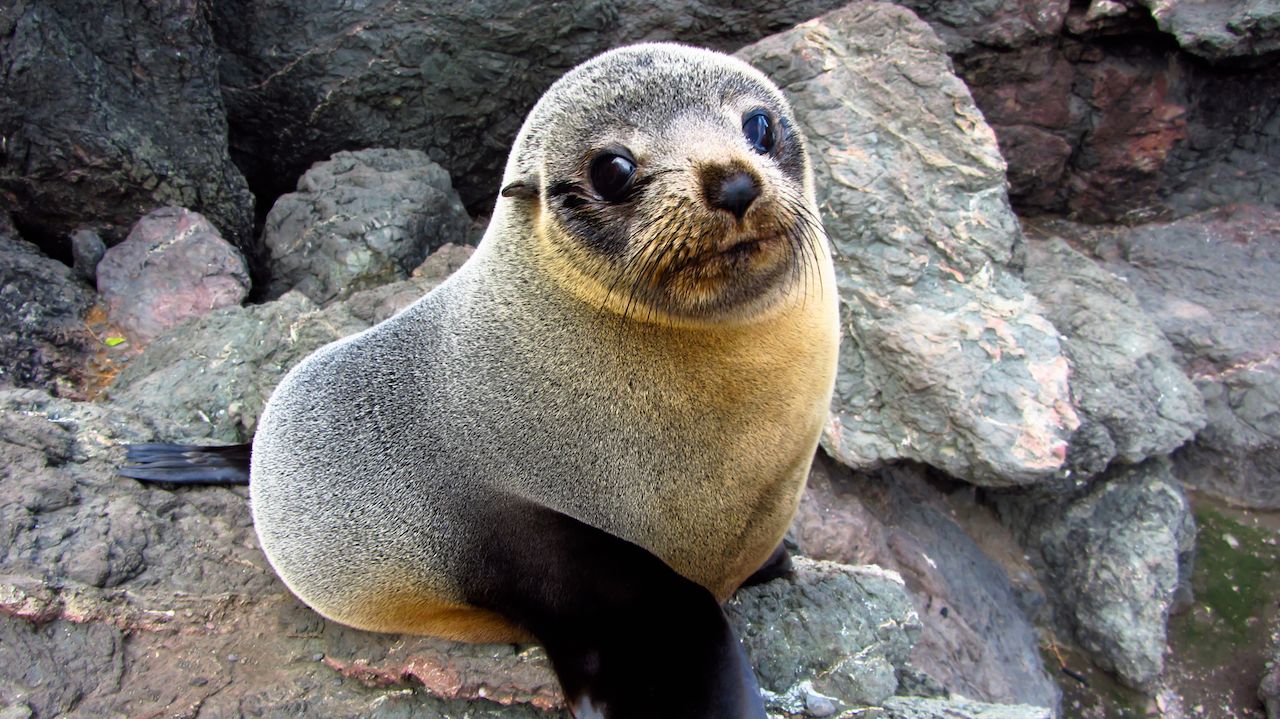 From the Bay of Islands in the north to Fiordland National Park in the south, fur seals can be found across New Zealand’s main islands lazing on rocks in the sun. A non–threatened species, fur seals can be found perched on rocky coastal crags and pups romping together in the water. Popular places to spot wild fur seals splashing about include Adele Island in Abel Tasman National Park, Cape Palliser at the southern point of the North Island, and Kaikoura. 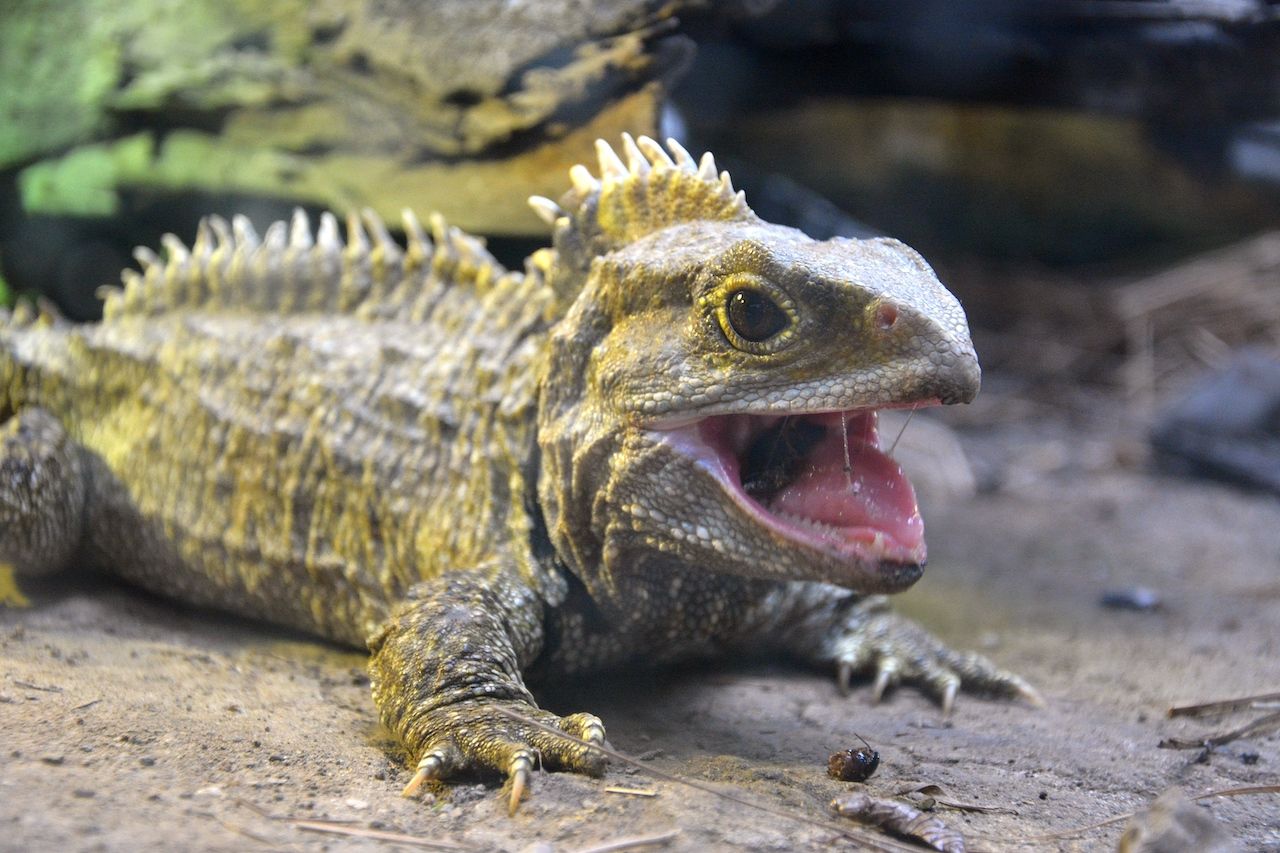 Dubbed “living fossils,” tuatara are the lone representatives of the Sphenodontia, an order of reptiles with roots in the Triassic Period. This isn’t the only cool fact you can tote around about tuatara. They also have a third eye that you can’t fully see but that is sensitive to light and is speculated to help them detect avian predators.

While this trait lends them an indestructible air, they do have a kryptonite. Rats, former stowaways of Māori and European vessels, scamper off with tuatara eggs and vulnerable hatchlings, and a slow breeding cycle makes recovery a losing battle. With low genetic diversity, tuatara also struggle to adapt, a dangerous trait in a world where human impact is altering our environment.

Previously, the tuatara presence on both islands was nearly wiped out, and the New Zealand Department of Conservation created programs to strengthen their habitats on offshoot islands, like Matiu Somes in Wellington Harbour and more along the northeast corridor of the North Island, before reintroducing them to the “mainland.” Like with the takahē, a wild tuatara encounter is unlikely, but that just means you get to lend support to a deserving sanctuary — like the West Coast Wildlife Center in Franz Josef and Kiwi Birdlife Park in Queenstown. 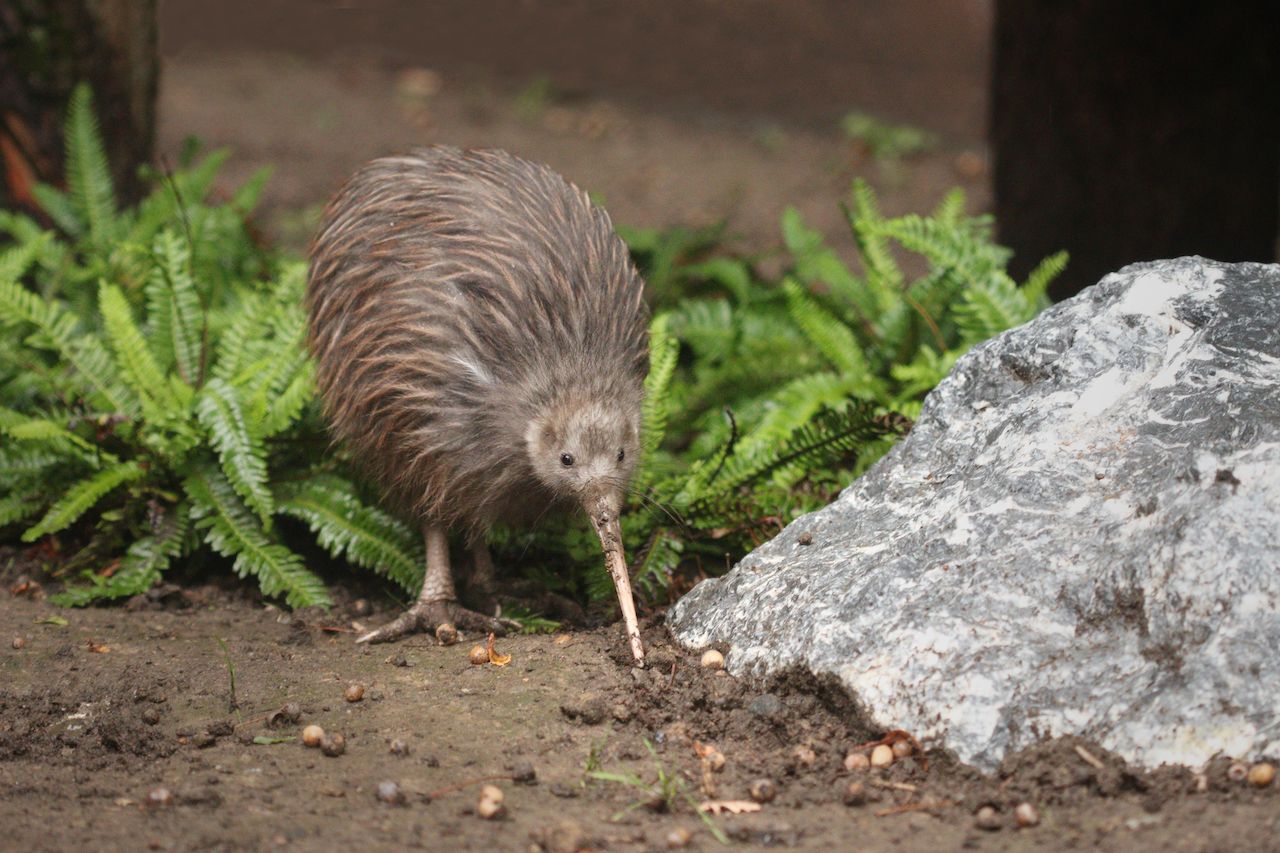 In Māori mythology, the kiwi bravely volunteered to do what no other bird would: give up the ability to fly and oversee the realm of the forest floor. Taking a new place in the food chain, kiwis consumed the insects that were ravaging trees and roots, thus serving as the savior to New Zealand’s woodlands.

Other than being heroes in Māori legend, kiwis are New Zealand’s present-day mascot. Like many animals on this list, they’ve been victim to introduced predators, whether it’s stoats and ferrets preying on kiwi eggs and chicks or possums devouring food sources and habitats. For a shot at tracking one in the wild, take the ferry from Bluff to Stewart Island and search at dusk. Kiwis can also be seen in nocturnal houses at some of the wildlife centers on this list and elsewhere in the country, where conservationists are always helping these and other animals get back on their feet and reenter the wild.

WildlifeThe Valdes Peninsula Is the Absolute Best Place in Patagonia To See Wildlife
Tagged
Wildlife New Zealand
What did you think of this story?
Meh
Good
Awesome