For nature lovers and outdoors enthusiasts, South America’s Patagonian territory is often listed near the top of bucket-list destinations. The southernmost regions often get the most coverage for noteworthy places like Torres del Paine. While Patagonia’s mountains, glaciers, and icefields are spectacular, Patagonia in fact sprawls an astounding 402,000 square miles across two countries and 11 provinces. There is much more to discover in this vast landscape. For unforgettable wildlife sightings — from penguins and orcas to rheas and guanacos — head to the Valdes Peninsula.

Where is the Valdes Peninsula? 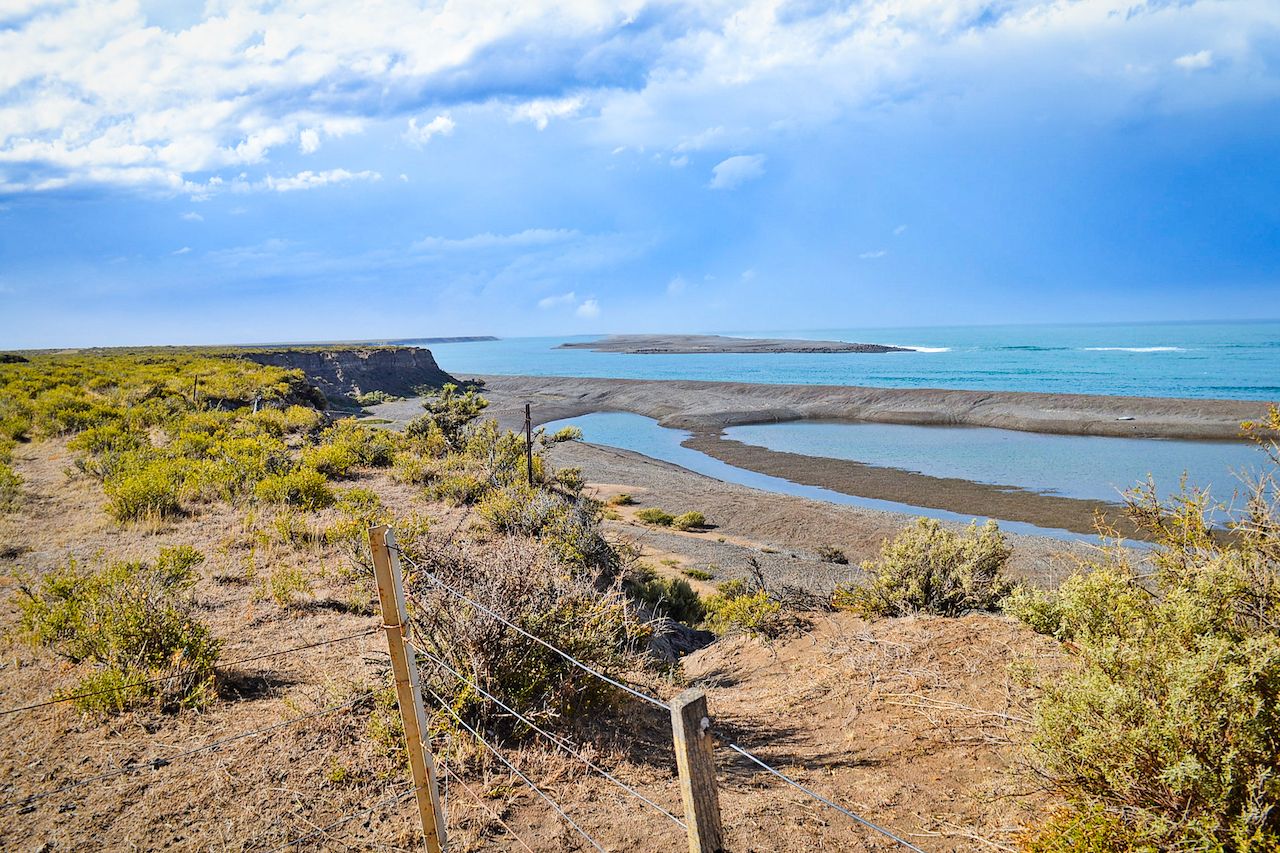 The Valdes Peninsula is located in the northern Chubut province of Argentina along the Atlantic coast and offers some of the most unique terrains in Patagonia. Not only is it one of the most accessible parts of Patagonia, reachable in 15 hours by car or four hours by plane. It also offers the most idyllic weather conditions of the Patagonia region. Most notably, it has an abundance of unique and rare animals, particularly in the category of ocean wildlife.

What is the Valdes Peninsula? 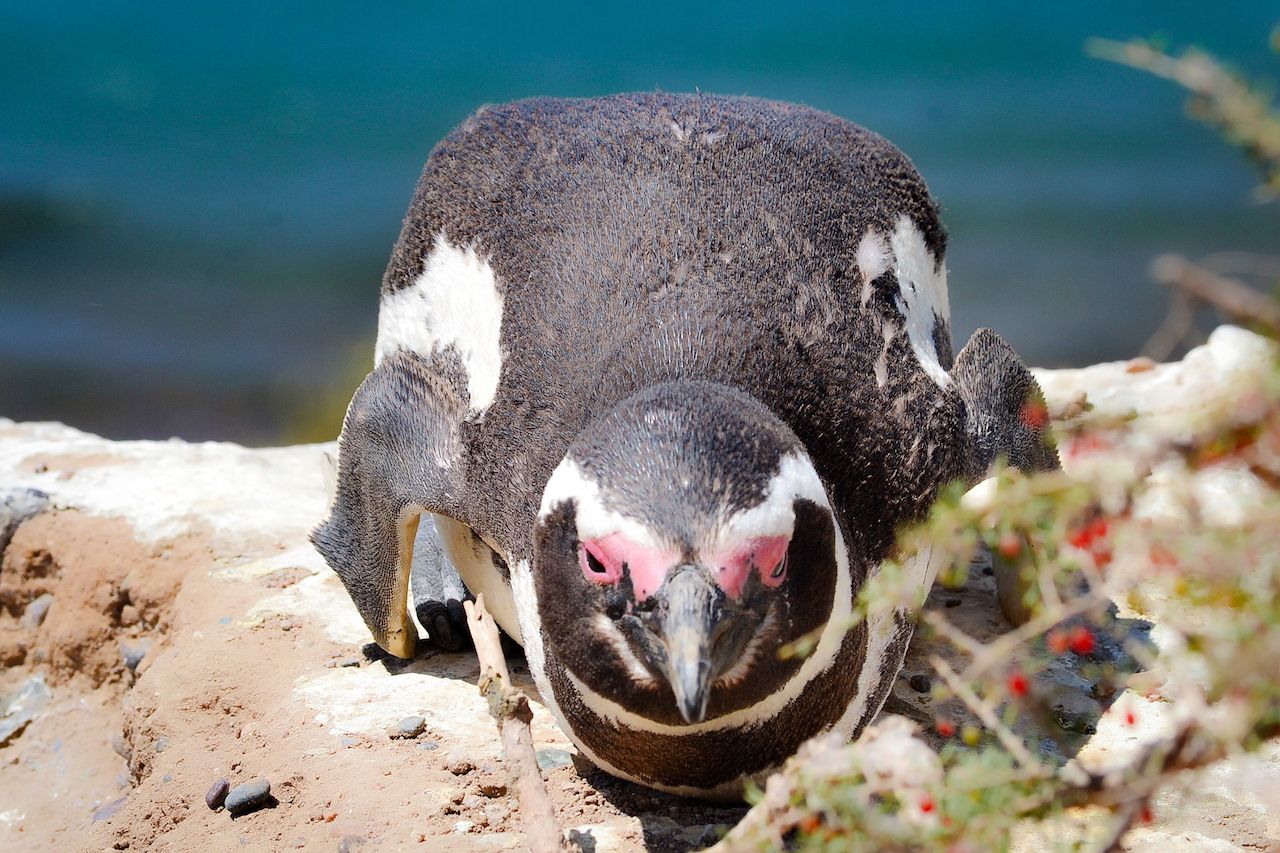 The Valdes Peninsula is an anchor-shaped land mass covering 1,400 square miles and a UNESCO site regarded as an important marine reserve. It protects Patagonian land and sea animals along with their natural habitats, breeding, and birthing grounds. The landscapes consist of barren, low altitude semi-arid desert lands, salt lakes, extensive beaches, and the massive coves of Golfo Nuevo and Golfo San José. Very few people live here, most of them in the tiny port village of Puerto Piramides. Unlike other, chillier parts of Patagonia, the Valdes Peninsula enjoys an average annual temperature of 51 degrees Fahrenheit while summertime temps can skyrocket to 95 degrees between December and March.

Patagonian wildlife on the Valdes Peninsula 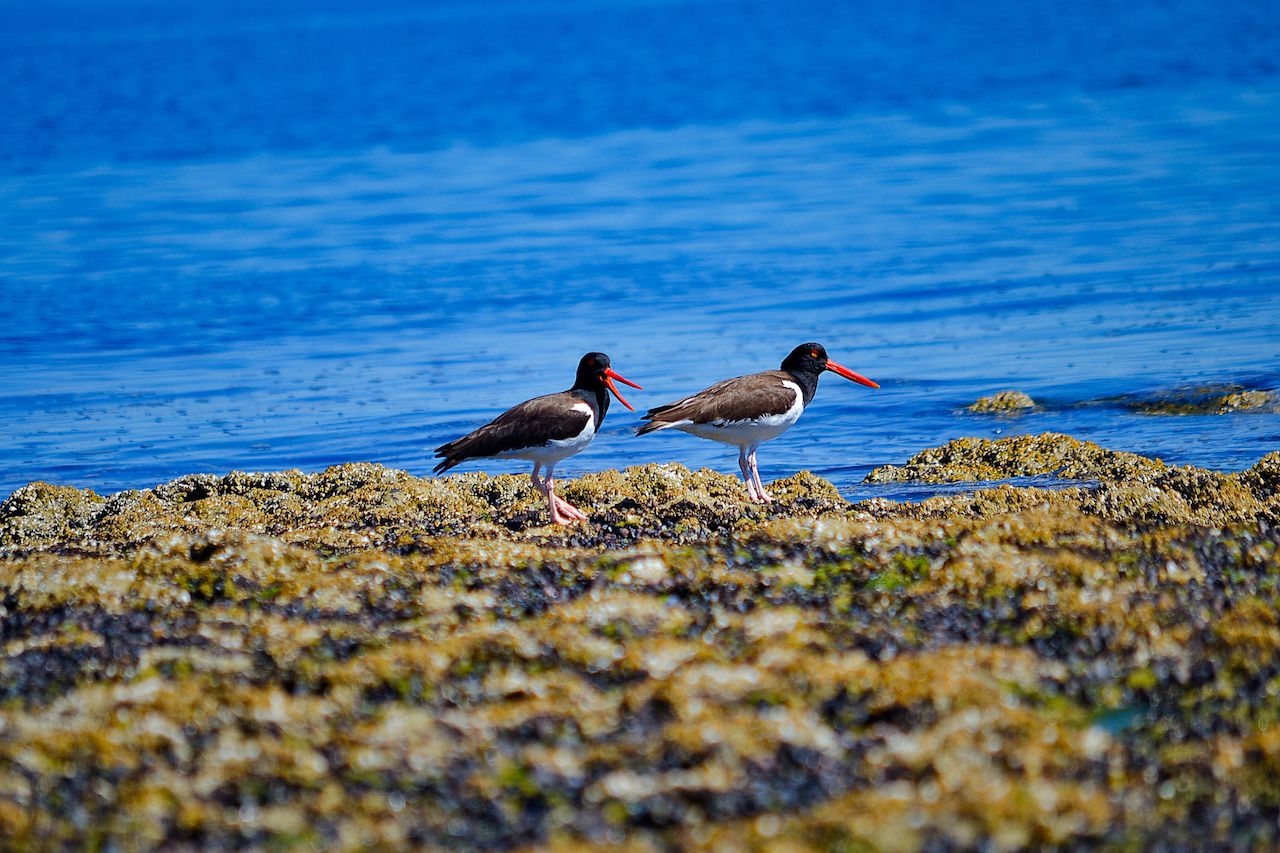 One of the most important draws of navigating the pristine landscapes of Patagonia is the chance to see some of the world’s most beautiful, strange, and precious wildlife species. While many travelers enjoy making the trip to the southern tip of the nearly Arctic region in the hopes of seeing such specimens, the Valdes Peninsula offers an alternative destination with greater odds of success. It’s nearly guaranteed that adventurers will come into contact with Magellanic penguins, southern seal elephants, South American sea lions, and southern right whales from the seaside in the appropriate season.

When to go: best weather and breeding/birthing seasons 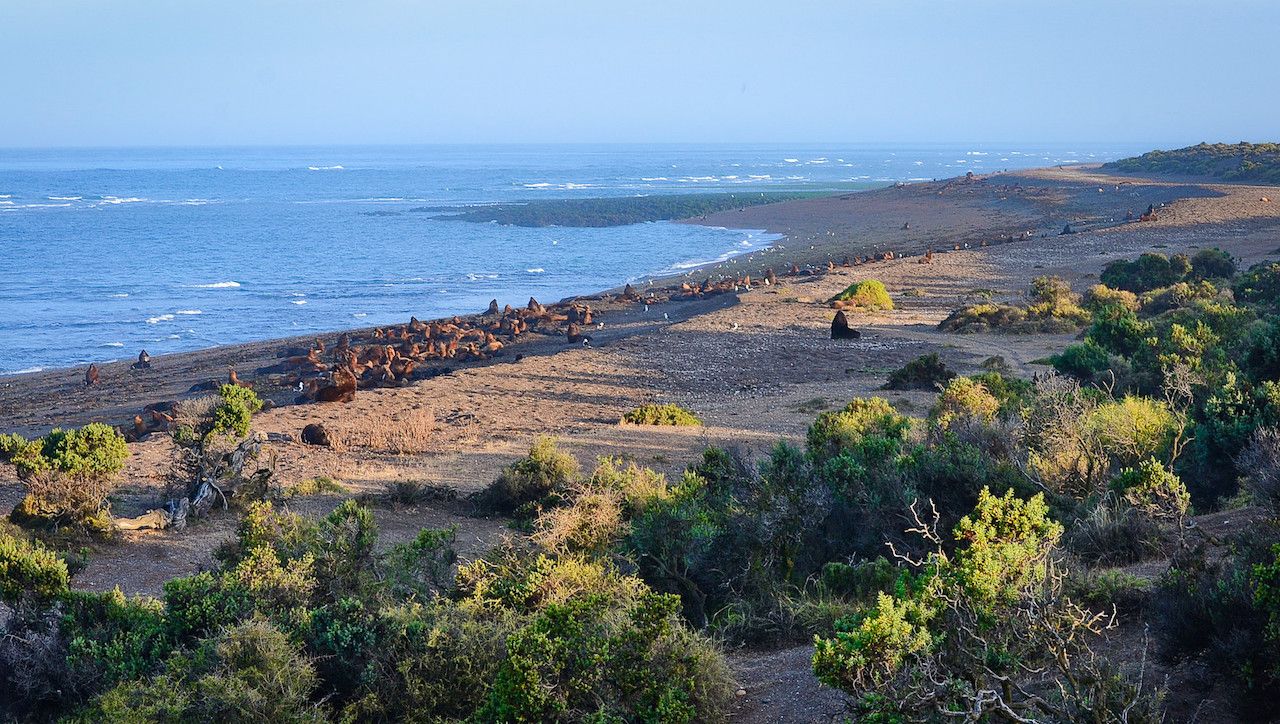 You can visit the Valdes Peninsula at any time of the year, yet certain seasons are more ideal for enjoying the beaches or for seeing specific animals. To see the endangered southern right whales, visit between the months of June and December. For the Magellanic penguins, between September and March. For dolphins, go from December to March, and for orcas from September to mid-April. Elephant seals, sea lions, birds, and land animals can be enjoyed year round.

If you had to choose one month to see the widest variety of marine life — including southern right whales, Magellanic penguins, southern seal elephants, South American sea lions, orcas, and most bird species — it would be December. December is also typically the warmest month, when it’s possible to swim, snorkel, paddle board, kayak, kitesurf, and more. By January, the southern right whales leave the bay area but the presence of orcas, and their offspring, becomes more prominent as they arrive to hunt the elephant seals, sea lions, and penguins birthing on the coastlines.

Where to stay: Puerto Pirámides and Puerto Madryn 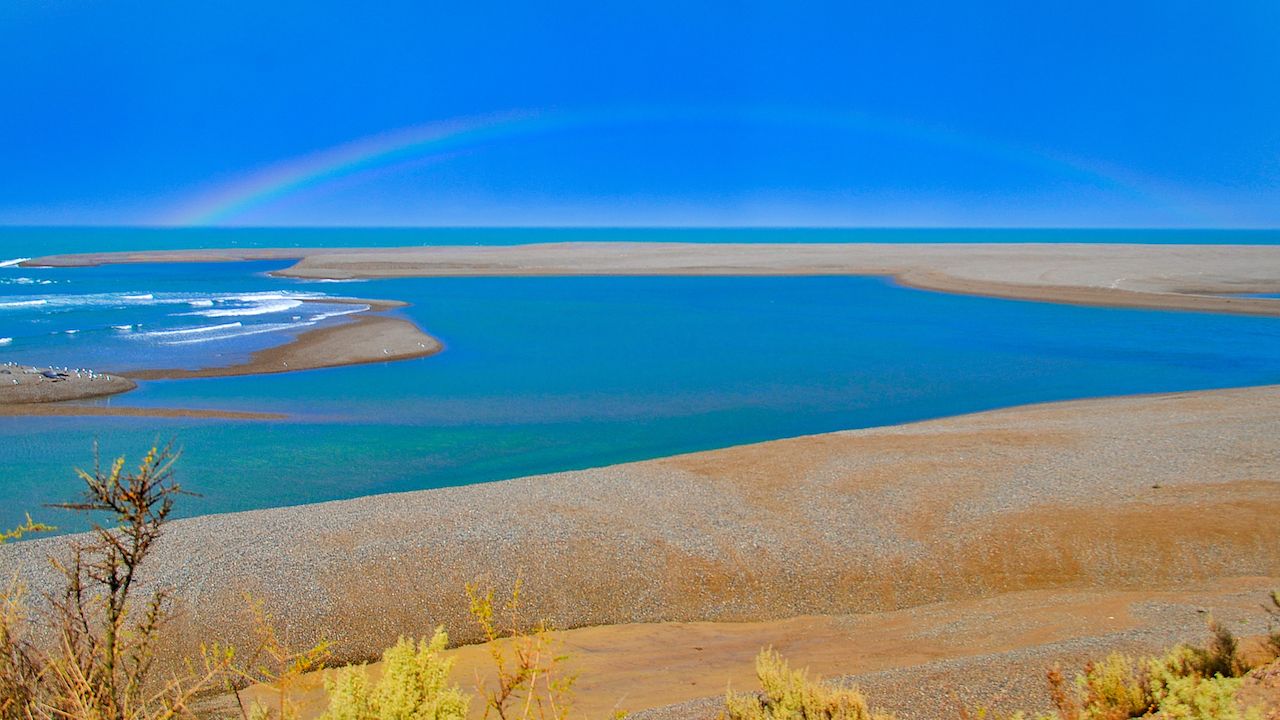 If you want to visit the Valdes Peninsula on a quick trip, you can stay in nearby Puerto Madryn, approximately a one hour drive south of the peninsula. The city has countless hotel options, as well as tour operators who can take you up to the peninsula. To really make the most of this special place, though, you should give yourself four to seven days on the peninsula. 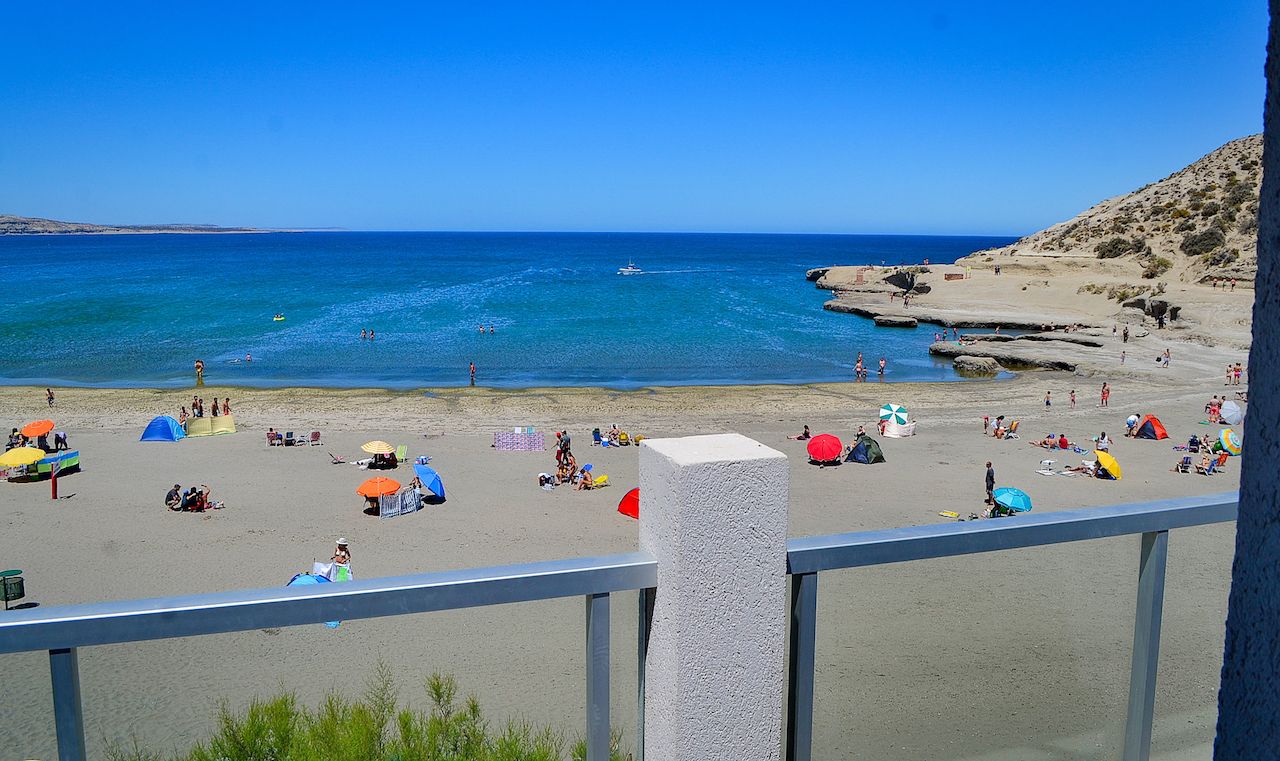 The port village of Puerto Pirámides offers many lodging opportunities, with the top choice being Oceano Patagonia. The small boutique-style lodge boasts impeccable eco-practices and large-apartment style suites (including stocked kitchens) right on the sand in front of the main beach on Puerto Pirámides. They can also organize your entire stay — from whale watching tours, water sports excursions, lands safaris, and restaurant recommendations. Expect plush beds and linens, modern accommodations with WiFi, air conditioning, DirecTV, and direct beach access. The hotel offers both pet-friendly and family-friendly rooms, so be sure to mention if traveling with kids or pooches.