Ta-Nehisi Coates mused, in his 2015 book, Between the World and Me, about the nature of the relationship between black Americans and travel. “It had never occurred to me to leave America — not even temporarily,” he says, elaborating that a friend of his “once said that he used to think of traveling as a pointless luxury, like blowing the rent check on a pink suit.”

Black Americans still struggle to find access to the same avenues and institutions available to other Americans. We have been barred from homeownership, denied education, relegated to only certain professions. And when we do manage to gain access, we are frequently forced to submit to a disparate culture that reviles and polices our own.

An unfortunate side effect of this is that we tend to internalize this notion that our contributions to the world are somehow less-than. After years of being told that your voice is unworthy, your hair unkempt, your speech unprofessional — it becomes easier to believe the narrative that your gifts are worthless. For many, our dreams begin to follow this same path.

Enter Birthright AFRICA, a nonprofit that seeks to break this cycle by giving young, black Americans a free birthright trip to Ghana. Founded on the principle of eventually “providing a free educational trip to Africa for every youth and young adult of African descent ages 13-30 in the United States,” it currently stands three years into its mission, and the results, so far, have been remarkable. 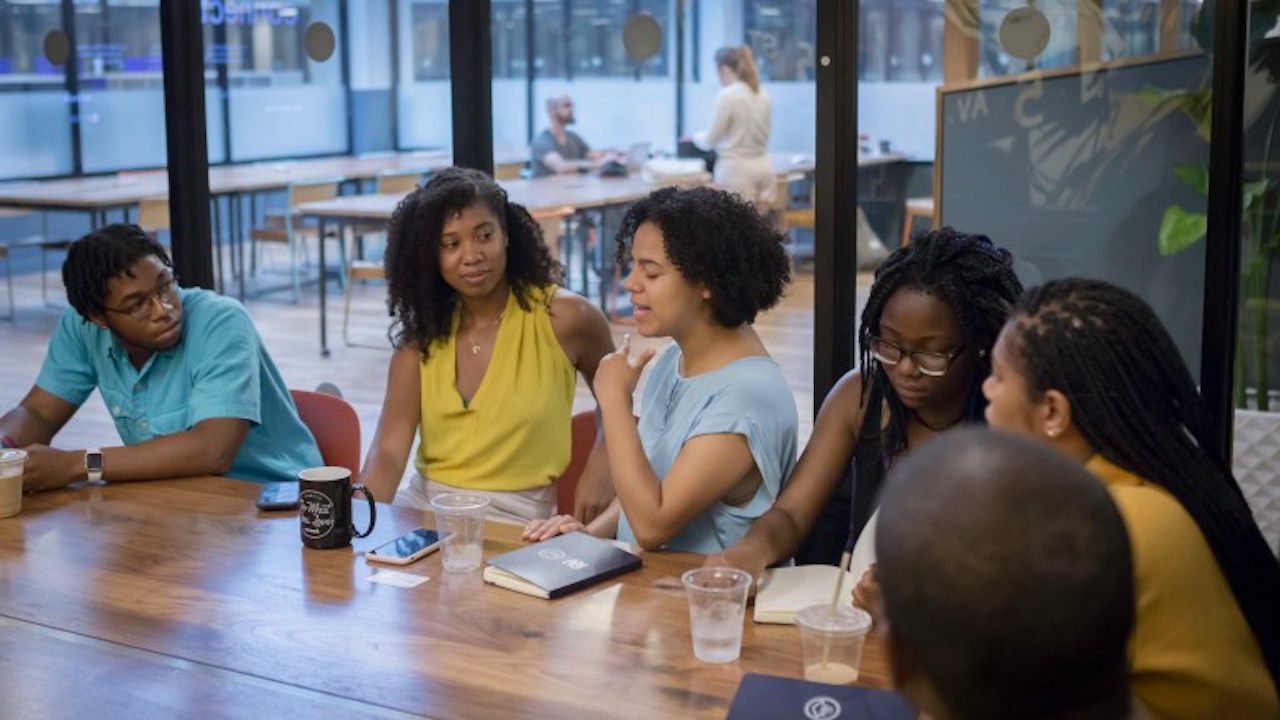 “This looks great. This isn’t like…a scam?” recalls Shanell Wrice-Naylor about first visiting the website in hopes of applying. “But no,” she continues, “it’s not. This is the real deal.”

The real deal indeed — and Wrice-Naylor would know: She participated in the program in 2019.

Established in 2015, by co-founders Walla Elsheikh and Diallo Shabazz, Birthright AFRICA intends to create a community where young black Americans can “draw pride, confidence, and creativity from their cultural roots and legacy of innovation in the US and Africa.”

“There’s just a lack of culturally relevant curriculum in our K-12 systems that really allows students of African descent to explore who they are,” said Elsheikh in a recent interview, “and that lack of exposure can really leave you feeling a sense of doubt; a lack of confidence in how you pursue your career and educational goals.”

To address these concerns, Elsheikh has created Birthright AFRICA to be much more than just a simple vacation. Its program for Scholars is exceedingly comprehensive, and the results are swift.

Wrice-Naylor, less than a year after her trip, has already taken those lessons to heart. She is actively planning a trip to Costa Rica to visit one of her fellow Scholars and has already secured a new job that more closely aligns with her personal goals and ethical responsibilities. “I’m an HR assistant for the JCCA,” she tells me. The JCCA is an organization that offers comprehensive care to children and families in New York. “Now when I go to work, I know I’m helping black and brown children find safe homes.” 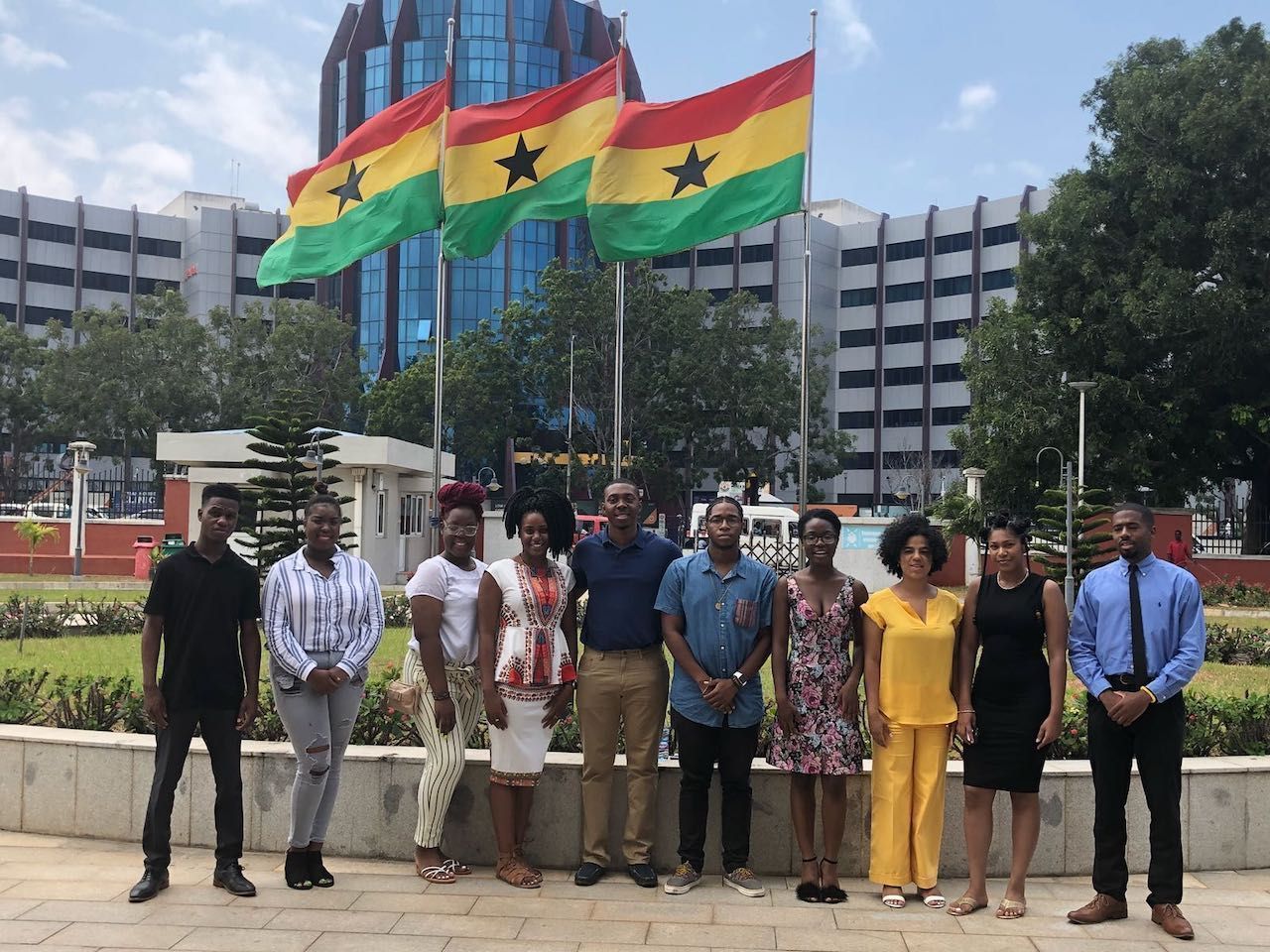 Long before any of the Scholars touch down in Ghana, there are weeks of meetings, excursions, and events that Elsheikh has dubbed the US Exploration Program.

The entire breadth of the initiative spanned from May until August of last year for Wrice-Naylor. “We also went around to cultural sites in New York City, and we went to Howard University and spent a weekend [in Washington, DC,” she explains, “where we went to the African American Museum of History and Culture.”

The holistic agenda of the US Exploration Program not only serves as a forum for fellow Scholars to become acquainted with each other before their trip, but also as a way for them to liaise with pillars of black America. Guest speakers are invited to participate in the Scholars’ growth to help create a genuinely multidisciplinary opportunity. Some of these featured speakers had even been to Ghana before and were generous enough to share their personal experiences.

“It really helped to solidify that sense of community,” Wrice-Naylor says of these engagements, “at these networking events we would get to speak to black people from all different fields, they would talk about their experiences traveling and how their mindsets completely shifted and expanded, how it was life-changing for them. The way they described it…I was nearly in tears after every session.”

Wrice-Naylor would soon board a plane at JFK to land in Ghana for her own revelatory experience, one to which Birthright AFRICA believes she is entitled.

On the ground, in Ghana, their itinerary included many opportunities that the average traveler may not be privy to, all meticulously organized for Scholars in advance of their arrival.

“They visit cultural sites and museums,” says founder, Elsheikh of the Ghanaian portion of the program, “they hear from leaders and entrepreneurs of African descent — even visiting them in their workspaces. And they really get a sense of all that greatness: both historically and present day.”

In 2019, scholars were also able to attend a speaking event heralded by storied Ghanaian statesperson and scholar, the Honorable Dr. Samia Nkrumah, daughter of the first president of independent Ghana, Dr. Kwame Nkrumah. Once exiled from Ghana herself after a military coup in 1966, she had a particularly poignant note for the scholars, declaring: “Every one of us — particularly the returnees, like myself — the onus is on us individually to reconnect and learn about our families, to reconnect and learn about our African heritage.”

Wrice-Naylor managed to secure a spot in the birthright program in a particularly auspicious year. The Ghanaian government proclaimed 2019 the Year of Return to commemorate the 400th anniversary of the beginning of the Atlantic slave trade, and to celebrate the incredible resiliency of the Africans forced to endure that unjustifiable torture. 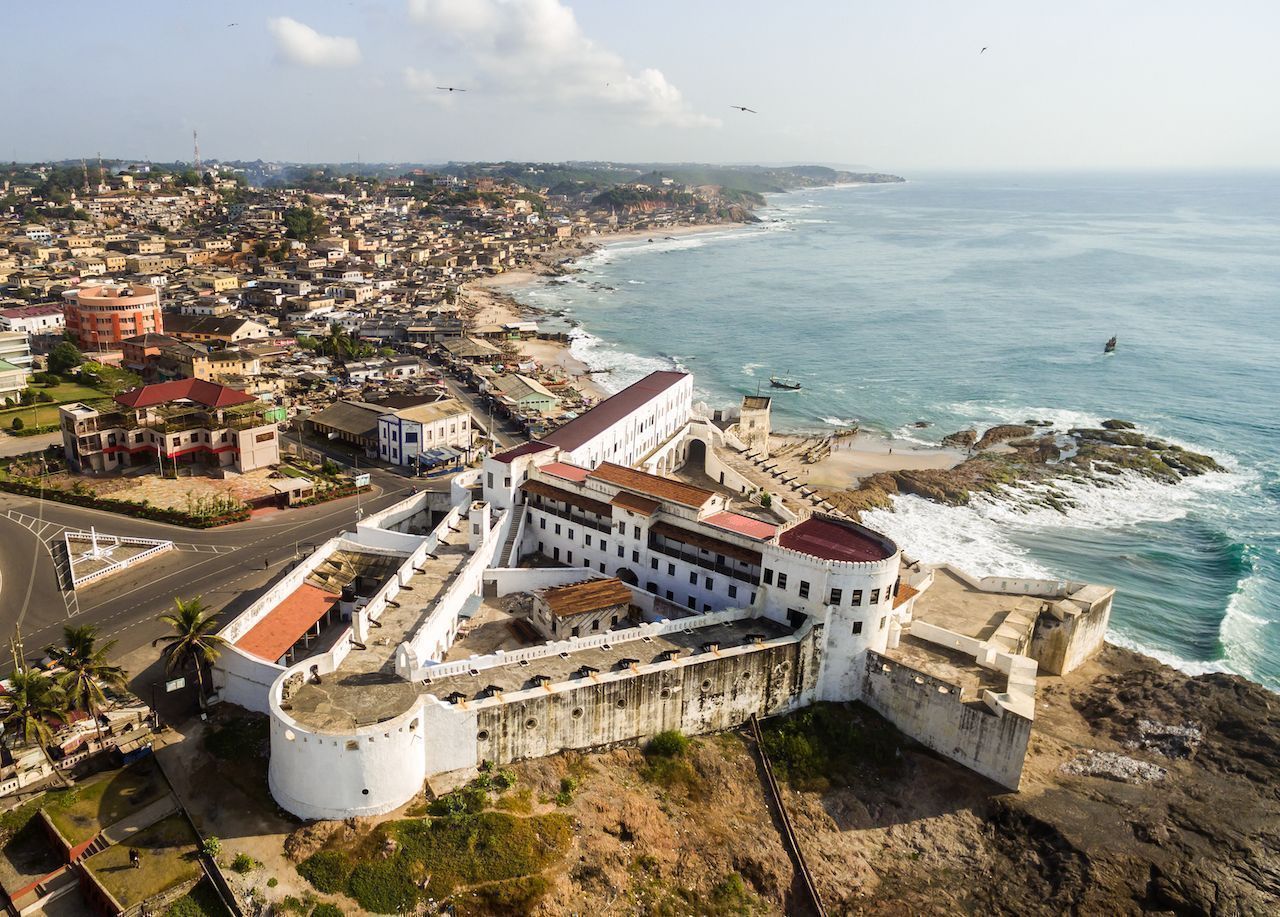 “We went to Accra and Kumasi,” she tells me, “and we went down to Cape Coast.”

She pauses. Not for too long, but long enough that before she does, I already think I know what she’s going to say next.

The beat is just long enough for her to have had a brief but visceral memory of what it was like to step inside those damp, lightless rooms in the belly of Cape Coast Castle. The same ones where as many as 1,500 Africans were imprisoned at a time, awaiting their journey across the middle passage only to arrive in the Americas enslaved. Like her, my ancestors endured the same fate, and we share this pause, for we both know that we are the dreams of those ancestors, personified.

“We saw the slave dungeons,” she finishes, and I am overcome with the exact feeling that she had just recounted to me: Though I currently live in Africa, I have never been to Ghana nor set foot inside those dungeons myself, and I am overwhelmed, nearly to tears, at the retelling of a fellow black American’s return.

“On her thirtieth birthday, she took a trip to Paris,” again, Ta-Nehisi Coates recalls to his then 15-year-old son of his wife, Kenyatta, “I am not sure that you remember, you were only six.”

Already a titan of journalism, a staff writer for The Atlantic, and with one book, The Beautiful Struggle, under his belt, Coates would be 37 years old before he applied for and received his very first United States passport. He credits his wife with the inspiration, noting that her energy when she returned home was infectious. That when she returned from Paris, “her eyes were dancing with all the possibilities out there, not just for her, but for you and me.”

Led by her example, Coates traveled to Paris himself. Before too long, he and Kenyatta had moved there together, their young son in tow, where Coates would finish the final edits on a letter he wrote to him, a novel-length one that would become a cultural phenomenon in the US and the world, the one that we call Between the World and Me.

Coates cites among his heroes James Baldwin and Richard Wright — men whose books he read growing up as a young man in Baltimore — men who pursued their creative and professional pursuits abroad. Many cite cost as the principal factor in their ability to travel or not. But when you can see the luminaries that have benefitted from travel, and when those benefits have been proven to help people succeed by organizations like Birthright AFRICA, it seems irresponsible to continue to keep our travel goals an individual pursuit. Maybe we are learning that this struggle is one we should be tackling together, and though it may be arduous, perhaps united we can remove the stain of slavery. Maybe together we can and turn that struggle into a beautiful one.

Though it partners with universities for a portion of it funding, Birthright AFRICA relies heavily on donations to provide this life-changing experience for its Scholars. If you would like to contribute a donation, you can do so here.

If you would like to apply to become a Scholar with Birthright AFRICA, you can start the process here.

Black Travel7 Perfect Cities for Black Travelers in 2020
Tagged
Black Travel
What did you think of this story?
Meh
Good
Awesome