If Napa Valley is the poster child for California wine country, then Sonoma County is its little sibling. It’s casual and affable, like a last born, and not at all competitive, like a kid brother who eked out a few inches on his big sibling after a growth spurt.

Sonoma is sprawling, home to roughly as many wineries as Napa yet spread across twice as much land. The land itself is made up of 31 different soil types, according to the Sonoma County Winegrape Commission, each of which contributes distinct characteristics to the county’s 18 American Viticultural Areas, or AVAs.

On the whole, wineries in these appellations just past Napa are more accessible and affordable. Some, like the Russian River Valley, stand out above the rest. While many who are new to California wine, or wine in general, are seduced by Napa’s name recognition, first-time tasters will find a better introduction in the heart of Sonoma. All they have to do is keep on driving.

A taste of Burgundy outside of France 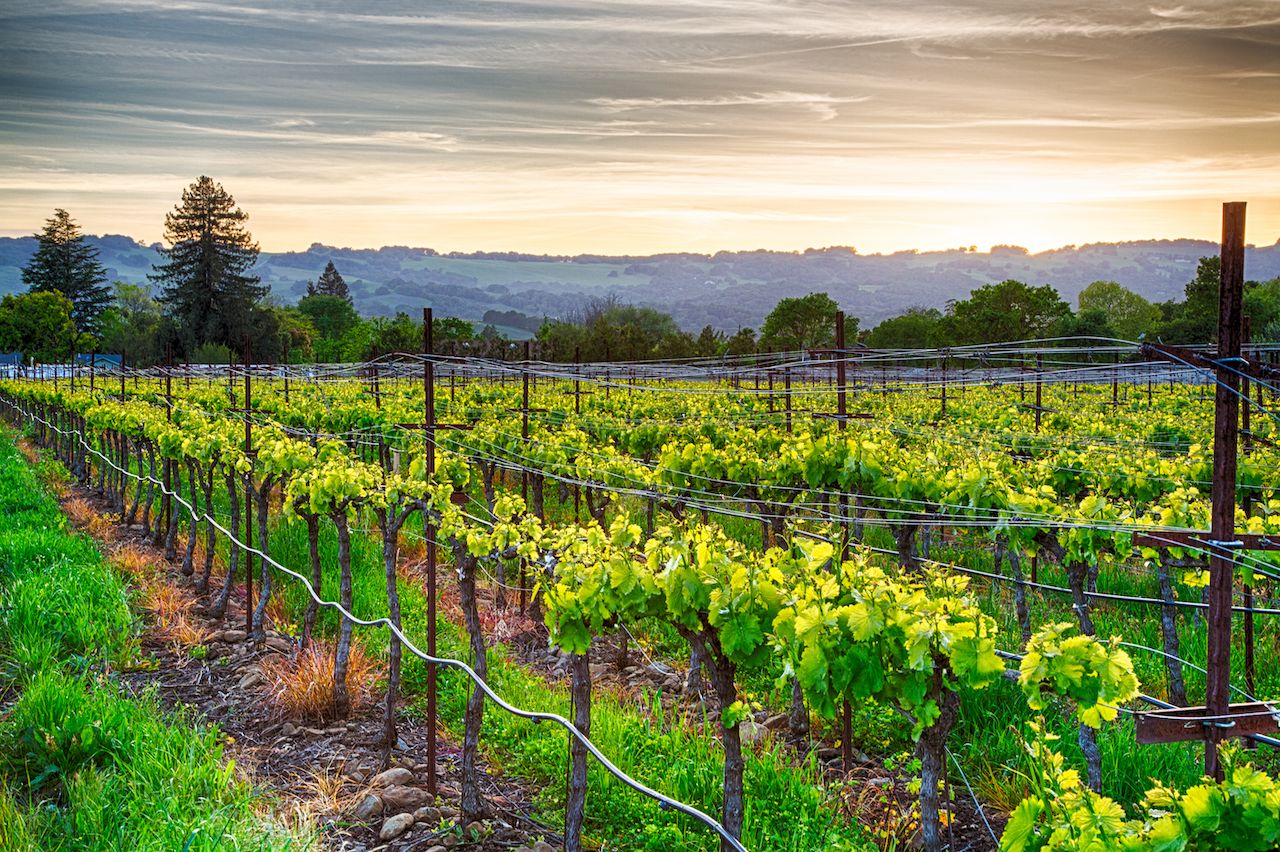 Ever since Napa wineries Chateau Montelena and Stags’ Leap rocked the 1976 Judgement of Paris, beating out French wines in both white and red blind tastings, the appellation’s cabernet sauvignons and chardonnays have been coveted as much as any bottle from Bordeaux. Then, sometime after the movie Sideways hit the big screen, delivering with it a love letter to pinot noir, yet another grape became a cornerstone of Northern California’s vinitourism.

Wine insiders know to skip Napa when they’re craving pinot noir, knowing full well that they’ll find equally exquisite chardonnays once they reach Sonoma. Though most of the county’s AVAs grow both of Burgundy’s signature grapes, none produces pinot noir quite as elegantly as Russian River Valley wineries, most of which lie in and around the city of Healdsburg.

The most charming tasting base this side of the French countryside, Healdsburg is smaller and more relaxed than faux-casual Napa. The small city offers a provincial pace without pomp and easy access to the appellation’s best wineries.

It’s grown since Sonoma carved a space of its own in the wine world, now hosting accommodation options ranging from California chic hotels like the Harmon Guest House to the easier-on-the-wallet Best Western Dry Creek Inn, as well as a downtown plaza lined with shops and dog-friendly cafes, a couple of restaurants worthy of a splurge, and a lone dive bar. Though there still isn’t much to do outside of winery visits and meandering walks, the fact that Headlsburg isn’t dripping with golf courses and luxury spas is precisely what makes it so appealing, a small taste of what Napa must have been like before 1976. 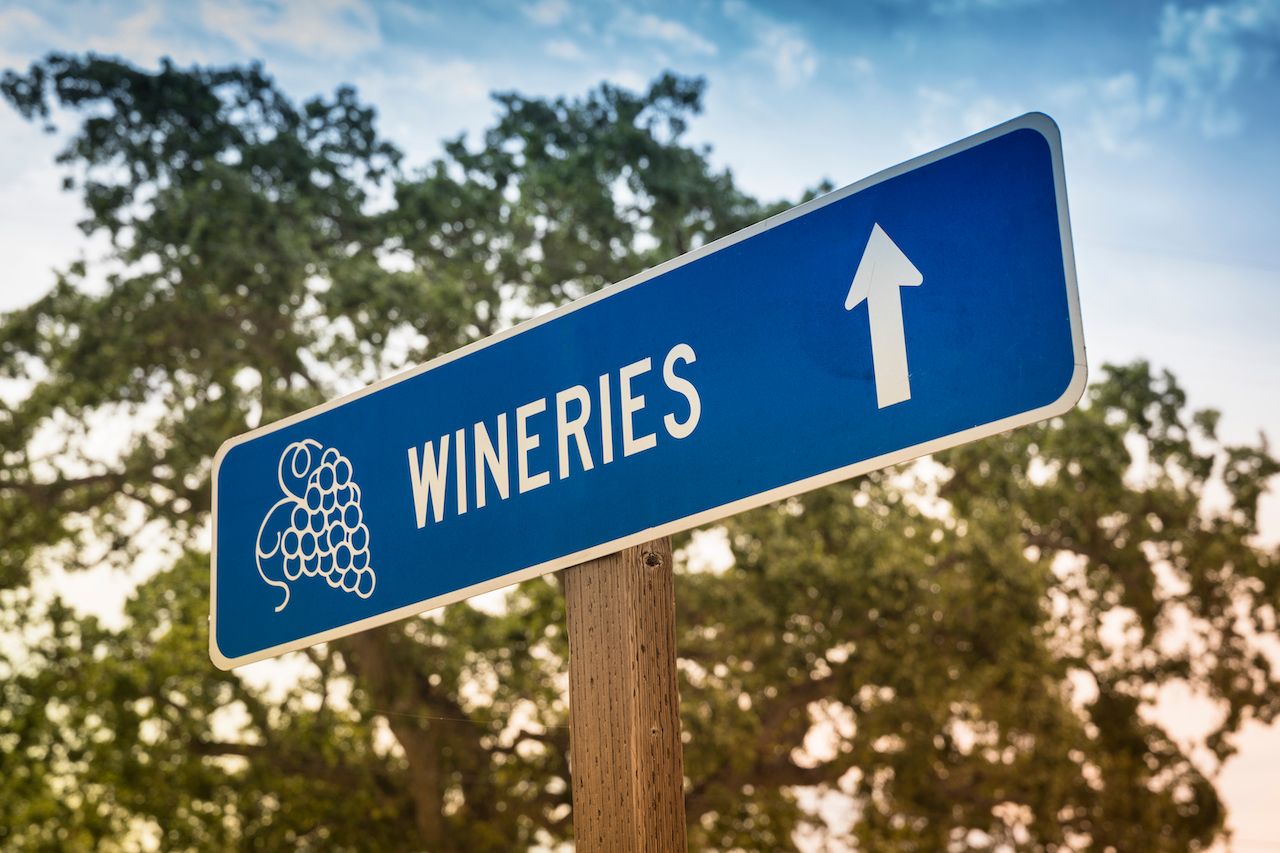 Healdsburg sits just over an hour northwest of Napa, but the 50 or so miles between them has a considerable impact on the grapes grown in their respective counties. The Russian River Valley is foggier and breezier due to its proximity to the ocean, resulting in a slow ripening process.

This, in turn, builds complexity in both flavor and aroma.

“Everywhere we grow grapes is affected by the Pacific,” says Craig McAllister, the head winemaker at La Crema, a Russian River Valley staple that sources its grapes locally but also from Monterey, California, and Oregon’s Willamette Valley.

Grapes vary depending on the appellation, whether it be the Russian River Valley, Alexander Valley, Anderson Valley, or any other. Closer to the ocean, they tend to be brighter and more tart, resulting in wines with notes of “pomegranate, raspberries, and barely ripe strawberries,” explains Ryan Zepaltas, who got his start in La Crema’s cellar before working elsewhere both domestically and abroad, eventually becoming the general manager and head winemaker at neighboring Copain.

Just inland, where it’s slightly warmer, wines tend to have a “bing cherry, cedar kind of vibe” and “tend to be a little bit rounder, riper, so they’re going to be more lush,” Zepaltas says.

Both pinot noir and chardonnay, which represent the majority of the Russian River Valley’s vines, thrive in the cool, coastal climate, but they’re certainly not alone. Sonoma County vineyards also offer nuanced syrahs, as well as the odd pinot gris, Gewürztraminer, and more. All are effortlessly drinkable and food-friendly, promising a little something for everyone and a treat for those just getting acquainted. 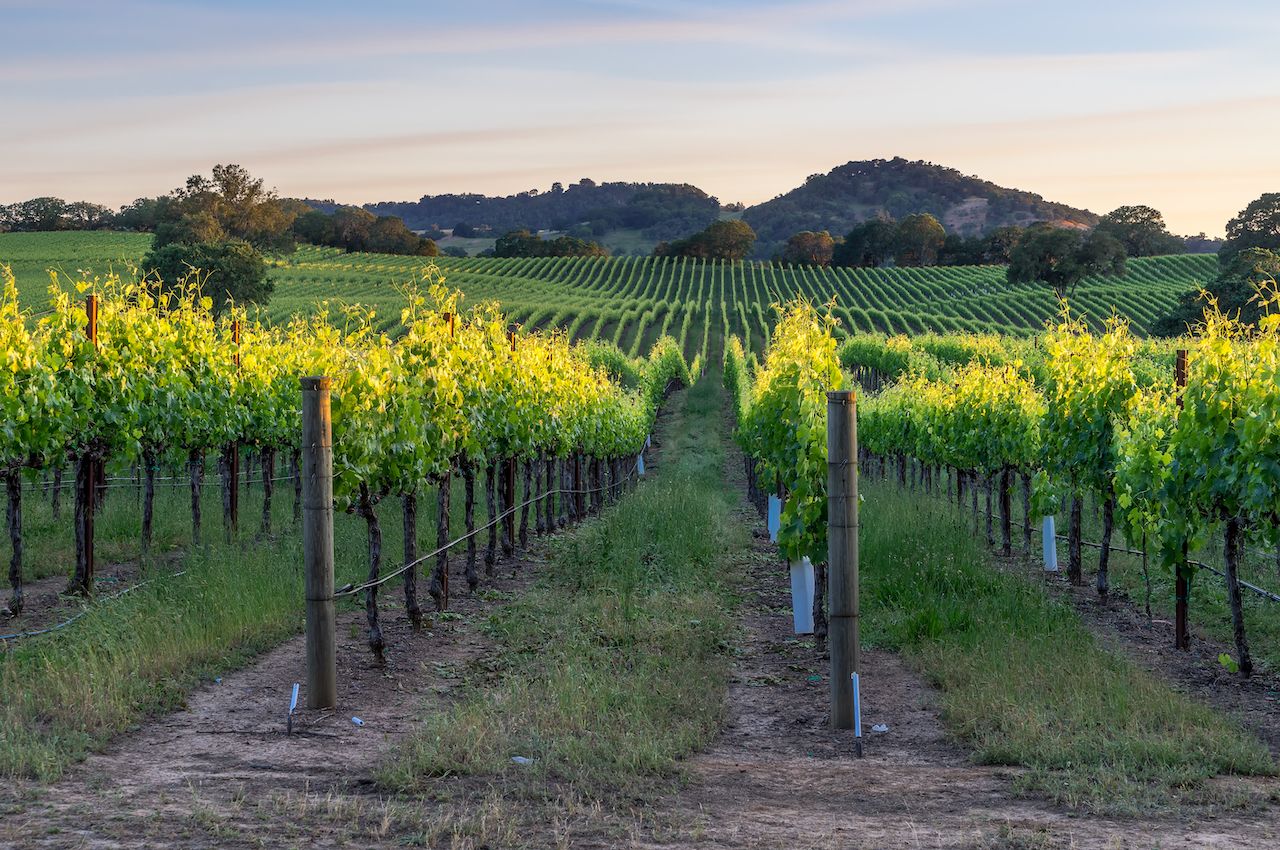 Zepaltas exemplifies the winemaking ethos in the Russian River Valley. Born in Wisconsin and raised on beer culture not unlike that in Santa Rosa, a brewery haven roughly 20 minutes south of Healdbsurg, Copain’s head winemaker never lost his Midwestern roots. The afternoon I visited, he spoke as much about his skateboarding past, still dressed the part in a plaid button-up and black baseball cap, as he did about the wine pairings we had with lunch, a table’s-length spread of grilled salmon, salads, and farm-fresh sides.

After lunch, we left the tasting room for a tour of the winery’s barrel rooms, passing a mobile bottling operation with Latin music blaring and a small crew, all smiles, dancing in time with the conveyor belt. There, standing before row after row of French oak barrels, Zepaltas explained his interest in making high-acid, low-alcohol wines rather than high-alcohol wines with flavors from new American oak barrels.

“In California in the early 2000s, everybody was trying to see who could flex the biggest muscles,” he said, “where we think you can make plenty of powerful wines at lower alcohol levels.” Copain’s pinot noirs range from 12 percent to 13 percent ABV, with a sweet spot around low 13 percent, according to Zepaltas, similar to Napa wines circa the 1970s.

Bunking tradition and taking risks are two benefits of winemaking in the Russian River Valley, where wineries are free from the pressure of being Northern California’s most-recognized wine region. Winemakers here are more interested in making wines they’d want to share with friends and family over a meal rather than concerning themselves with the visitors eager to taste them.

Affordability that doesn’t come at a price 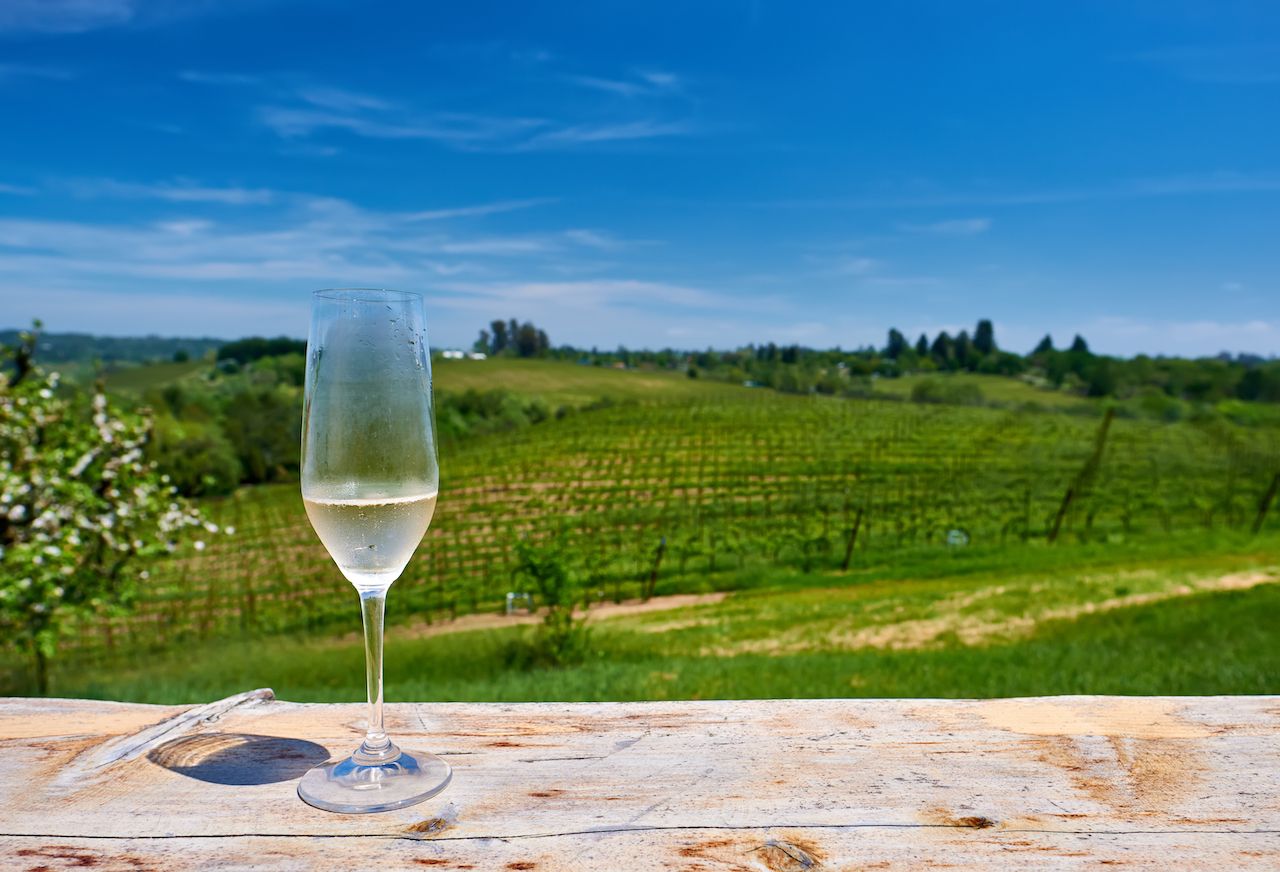 For those who think wine labels read like hieroglyphics, don’t know their preferences beyond red or white, or haphazardly grab bottles at the supermarket, price is generally the deciding factor when choosing wine. The same is true for tastings. Perhaps the biggest incentive for newer wine drinkers to choose the Russian River Valley and its Sonoma County kin over Napa Valley is, simply, that it’s cheaper — without skimping on quality.

Where most tastings in Napa will run you between $20 and $50, Sonoma tastings tend to hover between $15 and $25. Those willing to shell out twice as much can enjoy more curated experiences in the Russian River Valley. There’s La Crema’s North to South Flight VIP tasting, for one, which samples wines made from grapes from Oregon all the way down to Monterey and includes a tour from educated guides. The experience costs $40 per person, with the option to add a picnic for two on the estate’s grassy knoll for an extra $25 per person.

At Copain, $40 per person will get you a five-wine Single Vineyard series tasting with small bite pairings at one of the site’s farm tables, whereas $60 per person bumps you up to six wines, private seating, and cheese and charcuterie pairings. Try finding that in Napa.