Across the globe, women are honored in the form of monuments for being warriors of political warfare. While many female figures have gone underrepresented throughout history for their fighting efforts, there are select cities and towns that notably celebrate women through museums, plazas, streets, currencies, and of course, statues. By including these significant places of interest in future travel plans, we are reminded that these historical leaders have not only physically struggled to earn their names in history books, but have also waged a war against gender inequality. From Oita in Japan to Ayutthaya in Thailand to Ho Chi Minh City here are nine notable cities and towns worth visiting where women warriors are dignified. 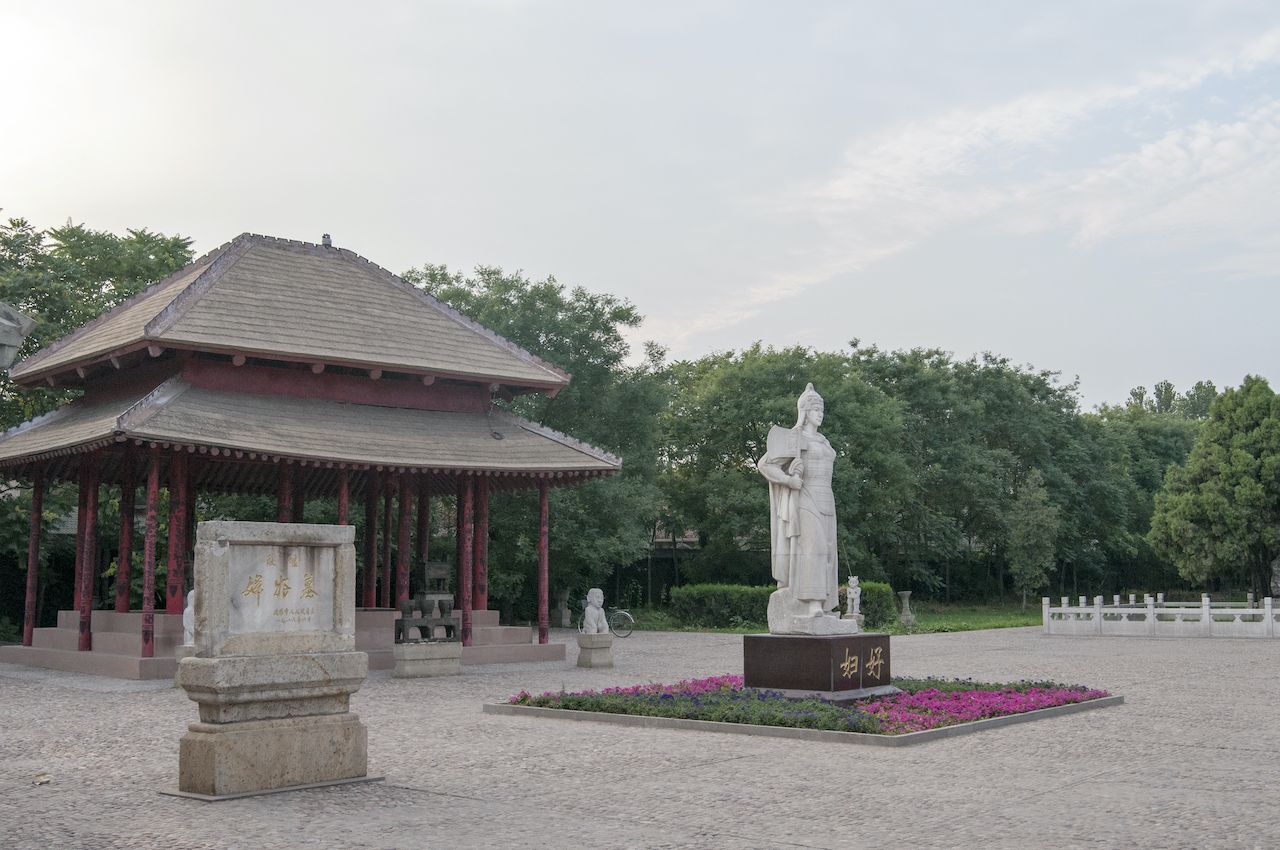 Lady Fu Hao is remembered for being the first-ever female general of China who took charge of several military campaigns and commanded up to 13,000 men. Fu Hao’s tomb, which dates back to 1250 BCE, was recently discovered in Anyang around 1976. The city of Anyang is recognized as a UNESCO World Heritage site</,a> for being the birthplace of ancient Chinese civilization and home to one of China’s major archaeological finds: the Yin Xu ruins. Lu Hao’s tomb is closed in the Yin Xu site and is considered the most intact and well-preserved relic of the Shang Dynasty.

After the tomb’s discovery, a replica stone statue of Fu Hao decked out in military armor was constructed to adorn the crypt’s entrance. The mausoleum now exhibits over 2,000 ancient artifacts, from bronze figurines to weaponry. A burial of this caliber was not customary for women in ancient China, making it easier for archaeologists to confirm the remains are that of Lady Fu Hao’s. 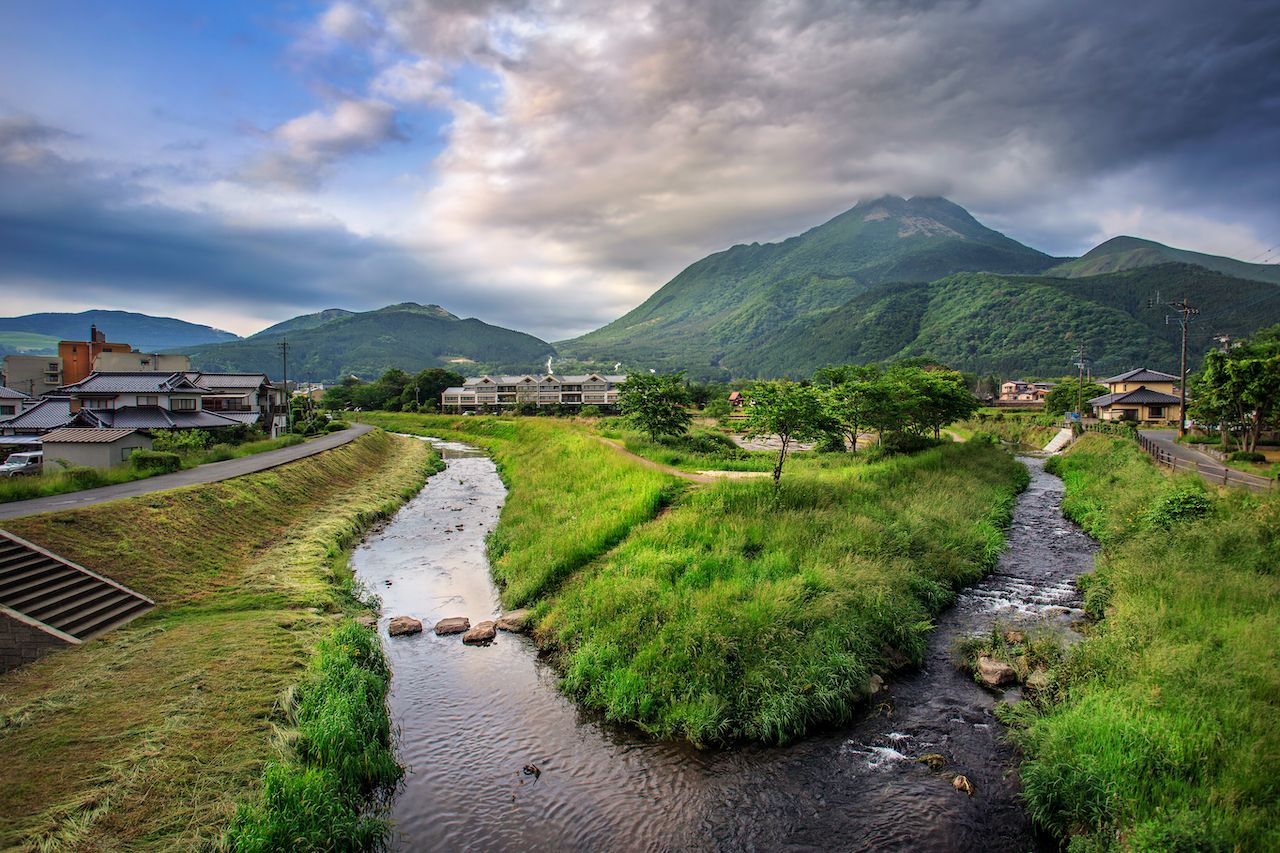 Myōrin served as a militant for the Otomo Clan during the 16th century and made her claim to fame in Oita City by steadily rejecting multiple attacks and protecting Tsurusaki Castle against the Shimazu army.

Although Myōrin was not the first female samurai to defend Japan, she continues to influence protagonists in video games and books. In her honor, a small, white, yet bold statue can be visited while touring the Tsurusaki neighborhood of Oita City. Myōrin’s efforts with the Otomo Clan left behind a plethora of historical fortresses to explore, such as the ruins of Tsurusaki and Funai castles.

As one of the birthplaces of Japan’s brutal military history, it’s hard to believe that Oita City is now well-known as a wellness destination in the country. Many flock to the spa town for its famed onsens, and just north of the city is Beppu, one of Japan’s most popular hot spring resorts. 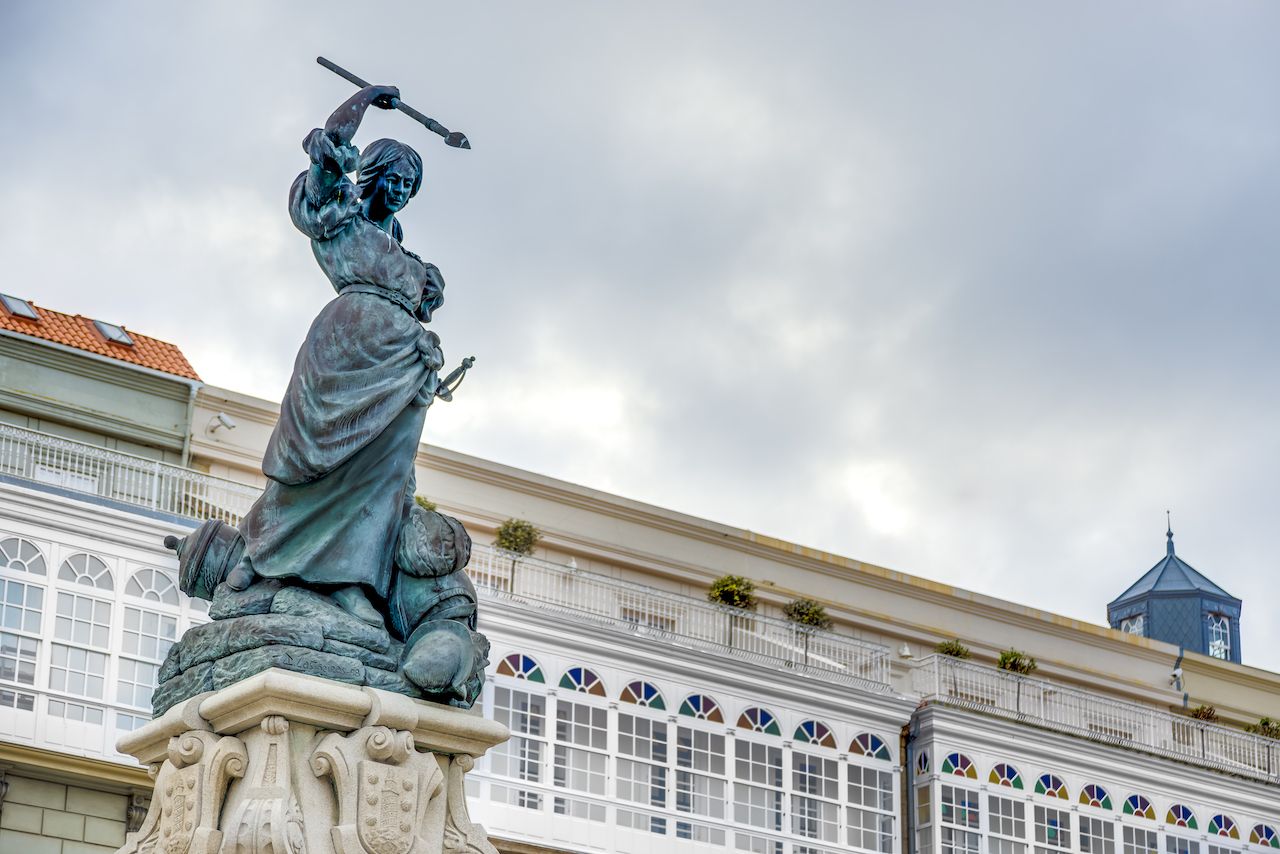 Maria Pita is famous for shouting “Whoever has honor, follow me!” after her husband was killed during the invasion of the English Armada on the port city of A Coruña in 1589. Pita’s bravery has been commemorated in a brass monument in Praza de Maria Pita, a square named in her honor.

The plaza is a great place for people watching and a good starting point for touring the old city. A short walk from the statue you will find Maria Pita’s original home, which is now a museum. Although the house is a modern recreation of what it once was, it has a nice arrangement of informative plaques and historical relics. 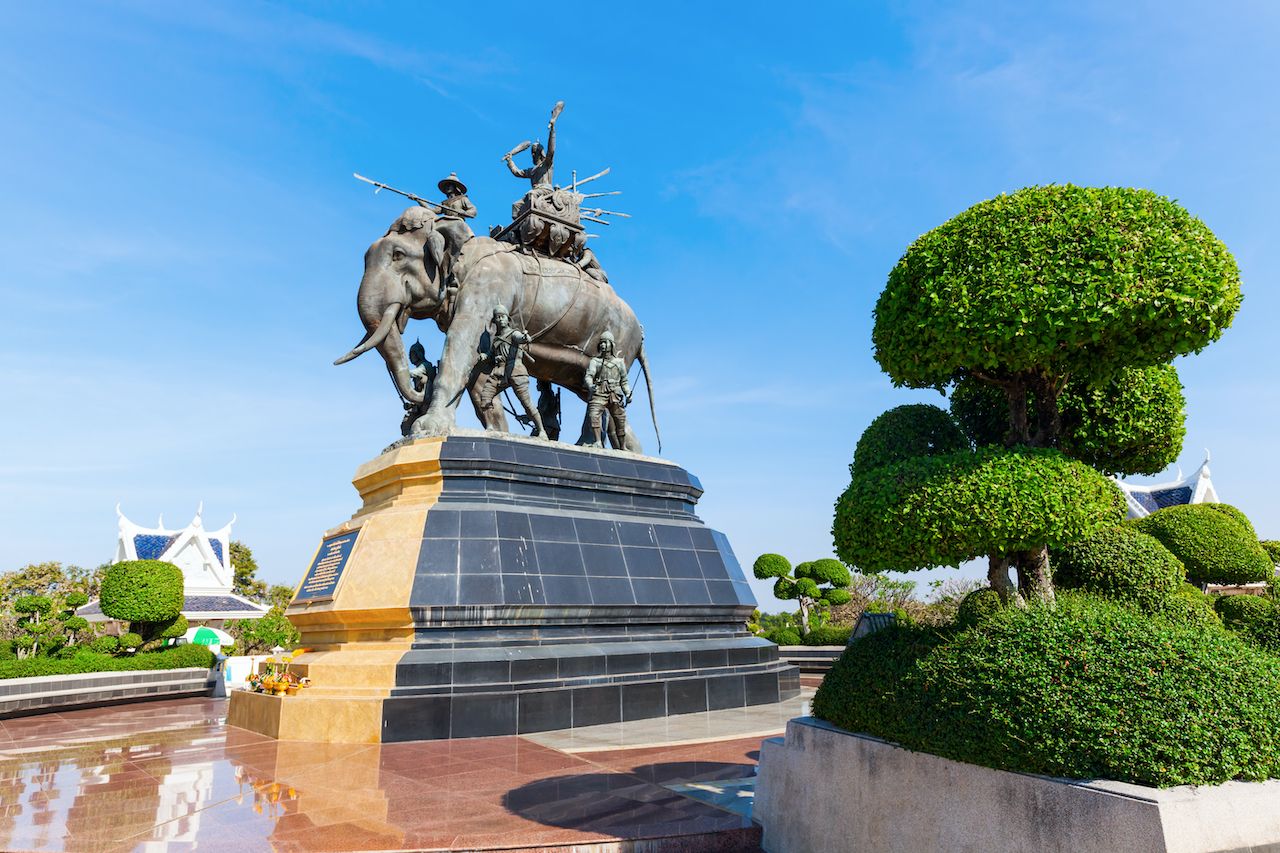 Ayutthaya City is located about an hour away from Bangkok. The ancient city is packed with Buddhist temples, monasteries, and ancient statues that makes for a great day trip from the capital city. At the center is Ayutthaya Historical Park, which is a UNESCO World Heritage site with multiple attractions that are walkable, easily accessible by bike, river-boat, and chartered-bus group tours. Although there is a lot to explore, one must-see monument is that of Queen Suriyothai. Her memory is commemorated in a life-size bronze statue in Memorial Park, which is a quick 15-minute drive from Ayutthaya’s city center.

Queen Suriyothai is celebrated for her efforts during the invasion of the Burmese in the 1500s. As the story goes, Suriyothai, who was afraid for her family’s safety, disguised herself as a male soldier and rode an elephant into the conflict. The queen sadly died but it’s believed that her bravery prolonged civilization in Ayutthaya before it eventually fell to the Burmese. 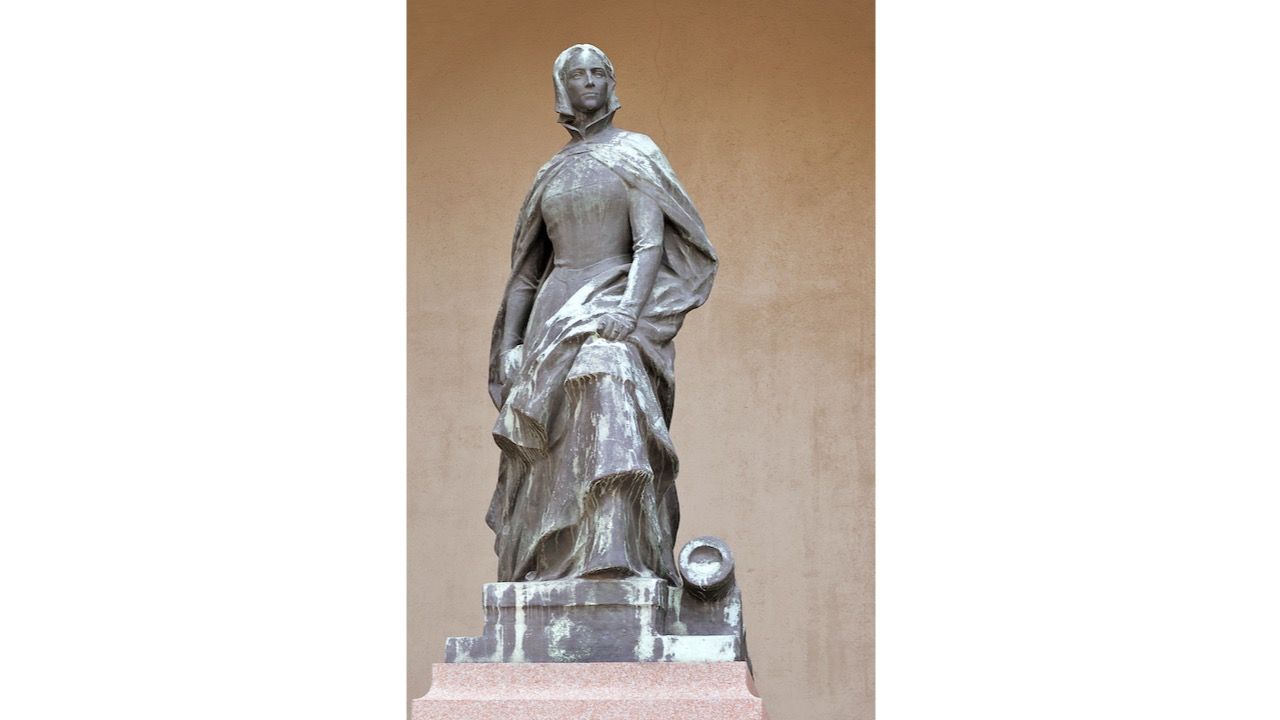 Queen Kristina Gyllenstierna is remembered for governing the palace of Stockholm with six children under her care after the death of her husband. She is famed for defending Stockholm’s independence and leading the country’s resistance against Denmark. A grandiose, marble statue dedicated to her is located in Royal Palace‘s outer courtyard. This monument was the first official female statue to have ever been erected in Sweden.

The palace itself is a joy to visit and a superb introduction to Sweden’s Baroque history. With endless rooms to explore, multiple entrances, and three public museums, visitors learn about the lives of the monarchy since the 10th century. It is also the current residence to the king of Sweden, King Carl XVI Gustaf, and is one of the most impressive royal residences in Europe. 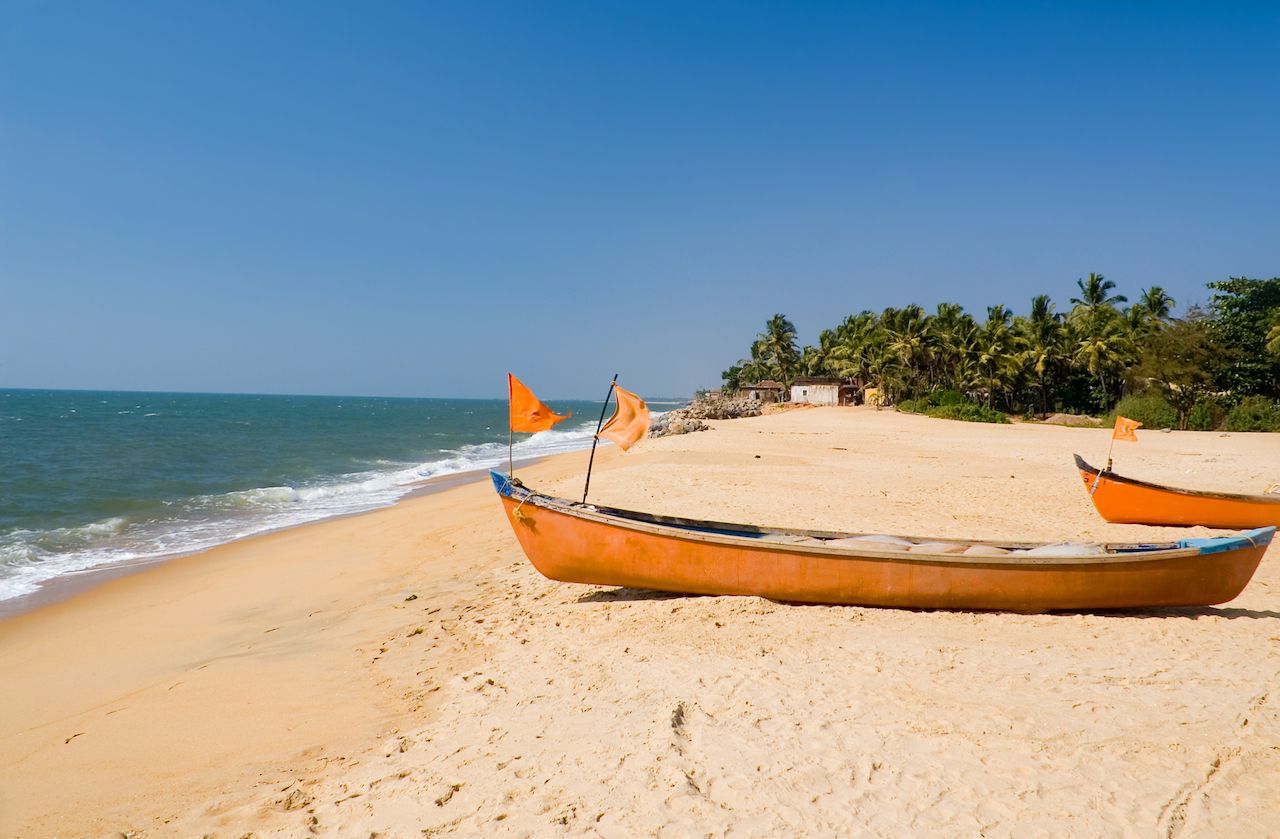 Regarded as India’s first female freedom fighter, Rani Abbakka Chowta stood up to Portuguese colonization in her hometown of Ullal for four decades during the 16th century. To pay homage to her accomplishments, there are now multiple statues of the warrior donning lustrous Hindu garments and riding on a horse with a sword in hand throughout southern India. Her bronze statue in Ullal is cherished and although there are no dedicated museums to Abbakka Chowta, the seaside town is considered one of the oldest places of civilization in the country and is well worth a visit. Aside from the monument, there is an array of stunning temples, one of the highlights being Somanatheshwara Temple, which overlooks the Arabian Sea. 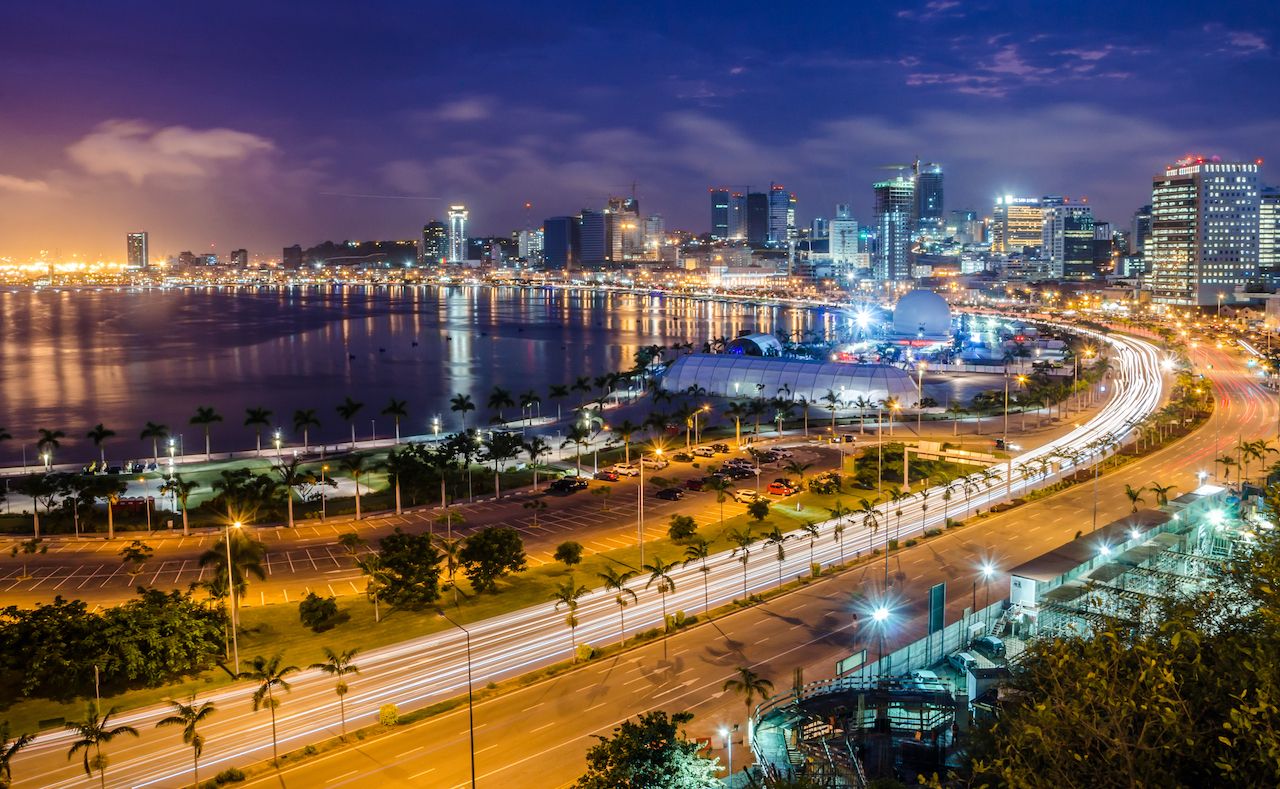 During the 16th century, the Congo and southwest Africa were under grave threat from Portuguese slave traders who moved south to gain a stake in the slave trade market over England and France. One of the most aggressive opposers of this invasion was the female warrior, Nzinga of Ndongo and Matamba, an Angolan queen, who dedicated her life to defend her people from slave traders. The queen’s tactful, political strategies and attempts are memorialized today at Kinaxixi Square in Luanda, where an enormous statue pays tribute to her and where a major street was renamed in her honor.

Luanda is the world’s most populous Portuguese-speaking capital city and today you will find somewhat of a ritzy beach party scene along the city’s bay. But despite modern developments, Luanda’s sad, treacherous past is starting to be recognized. In 1997, the National Slavery Museum was founded and is one of the few museums dedicated to slavery on the entire continent. 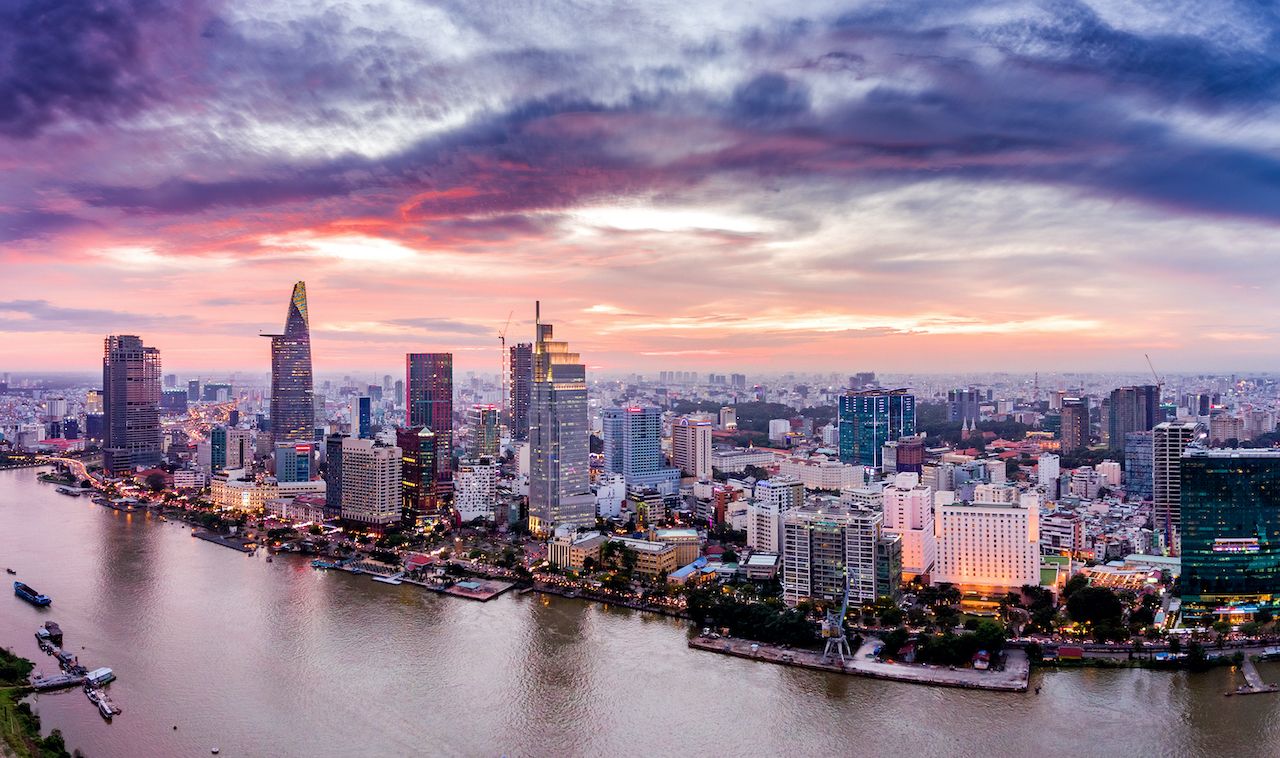 In 40 CE, after almost 250 years under Chinese control, the Trưng sisters led the first rebellion-heist in Ho Chi Minh City. Their efforts awarded them idol status in Vietnamese national history and stories of their heroism, specifically their strong matrilineal views of empowerment, have paved the way for many women in the country to obtain leadership roles. The Trưng sisters are memorialized in multiple statues in and around Ho Chi Minh City. Statues big and small are located throughout the city at shrines, in public parks, at the entrance to the city’s main emergency hospital, and at the Buddhist-themed amusement park Suoi Tien. 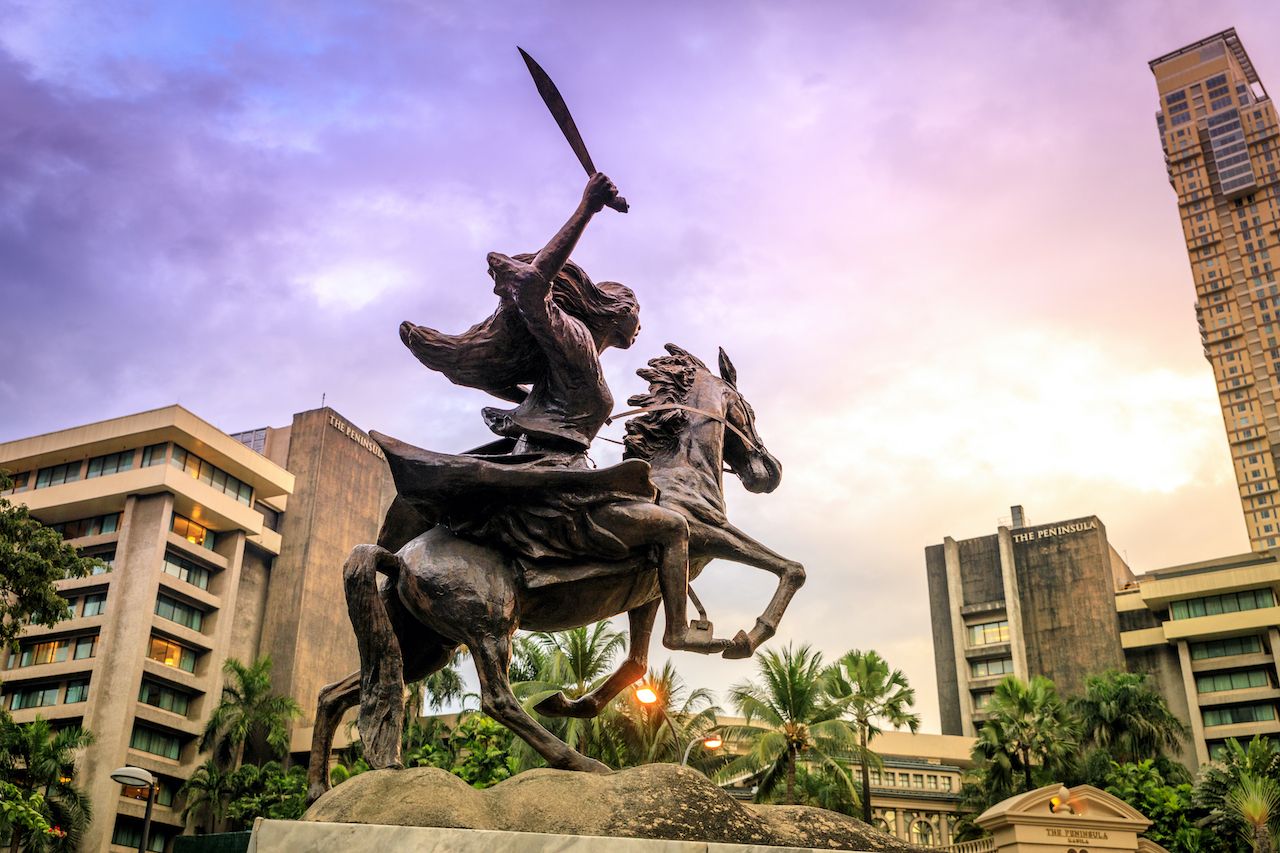 Gabriela Silang was a Filipina military leader known for her efforts in fighting for independence from Spain in the 18th century. After Silang’s husband was killed, she rose through the ranks and led rebel troops of several hundred men. Silang was captured and executed after four months, but her courageous leadership has become a symbol of the importance of women in Filipino society, as well as their struggle for liberation during colonization.

An immense monument of her riding a rearing horse stands in Makati, a city in the Manila region of the country. The organization Gabriela National Alliance of Women was created in Silang’s honor and is one of the largest international grassroots campaigns that supports women’s health and rights across many Southeast Asian countries.