Since French President Emmanuel Macron announced a contest to redesign the roof of Notre Dame Cathedral, which was damaged last month in a fire, entries have been pouring in. Some are more feasible than others, and others are downright far-fetched, but they are all intriguing in their own right. From a massive swimming pool to a greenhouse, here are some of the craziest proposed designs. 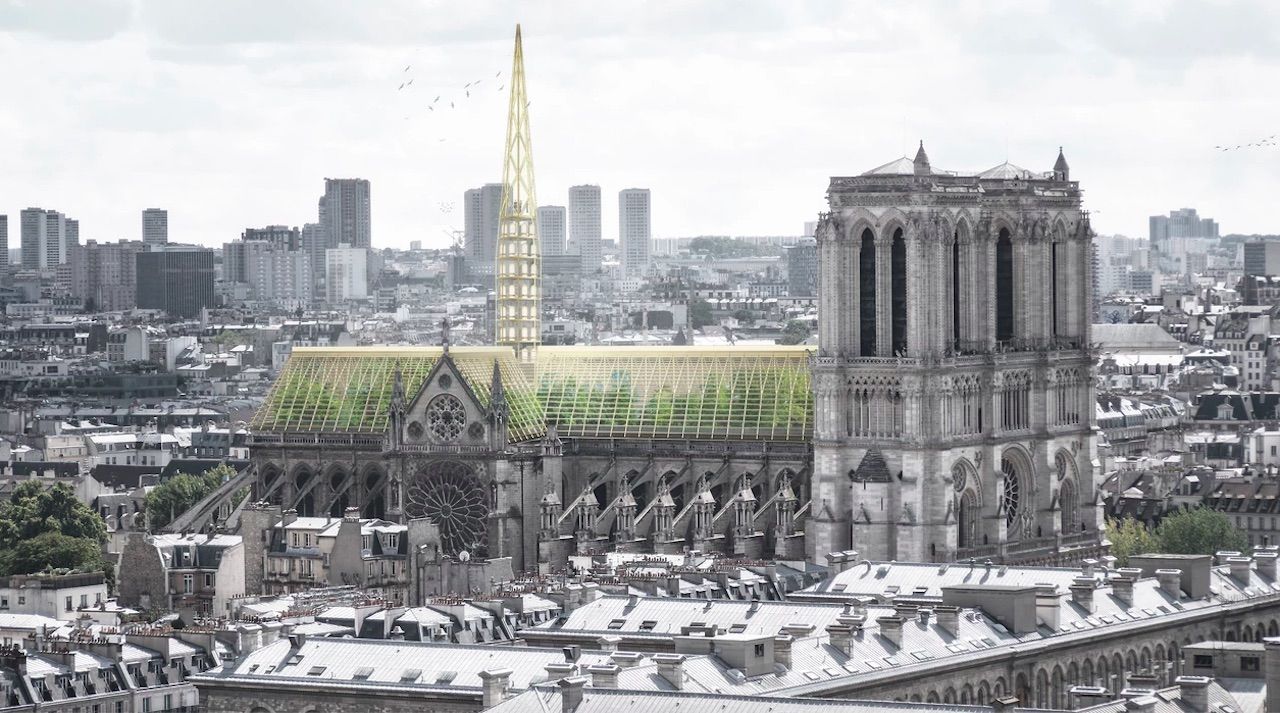 In perhaps the most ecologically minded design that has been proposed, Studio NAB is suggesting building a greenhouse on the roof and an apiary to replace the destroyed spire. The structure would keep the lines of the former roof, and the timber that was burnt in the fire will be reused to create all the planters and facilities present in the greenhouse. The apiary would house the honey bees that survived the fire and function as a place for training beekeepers. 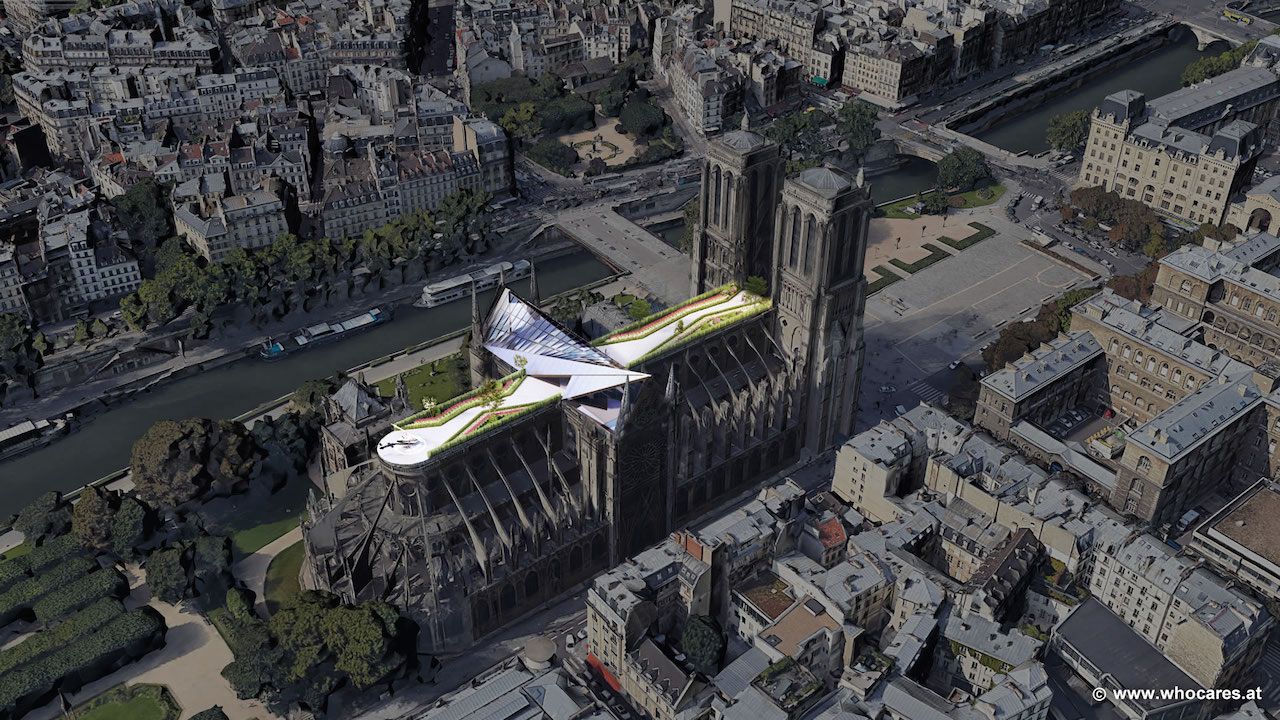 Notre Dame’s most famous resident, Quasimodo, might finally have a place of his own if Who Cares Design gets their way. They proposed building a futuristic-looking, 8,000-square-foot, glass-roofed penthouse fitted with an indoor/outdoor pool, sauna, and spa, and surrounded by a beautiful rooftop garden. A helipad will also be featured in case the hunchback wants to take a little trip out of the city. 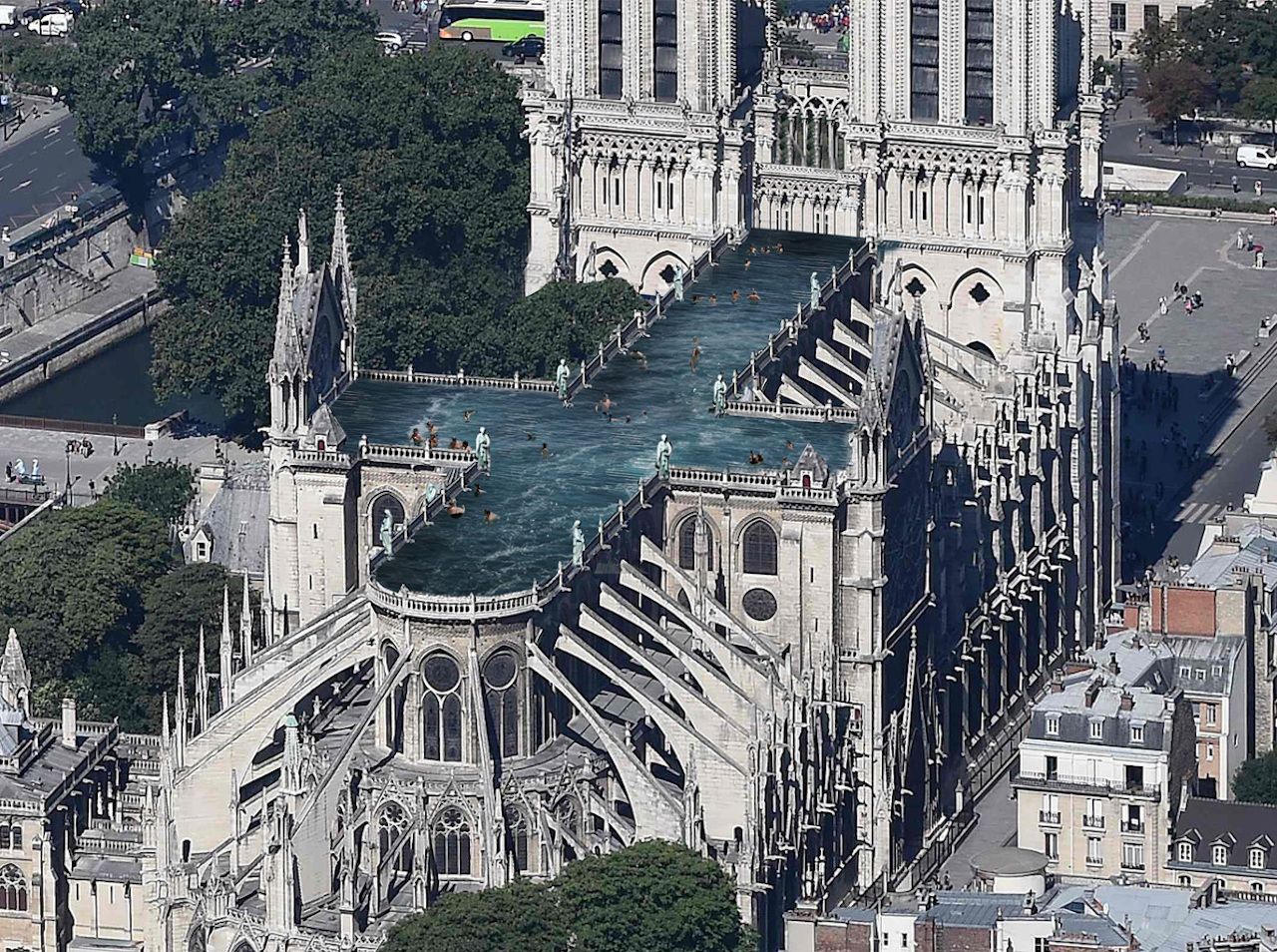 Stockholm design studio Ulf Mejergren Architects (UMA) believes the cathedral looks better without its spire and lead-clad roof, so it has proposed scrapping the idea of a roof altogether to an install open-air swimming pool at the top of the cathedral, instead. The public pool would have panoramic views of Paris and be surrounded by the statues of the 12 apostles that escaped the fire. 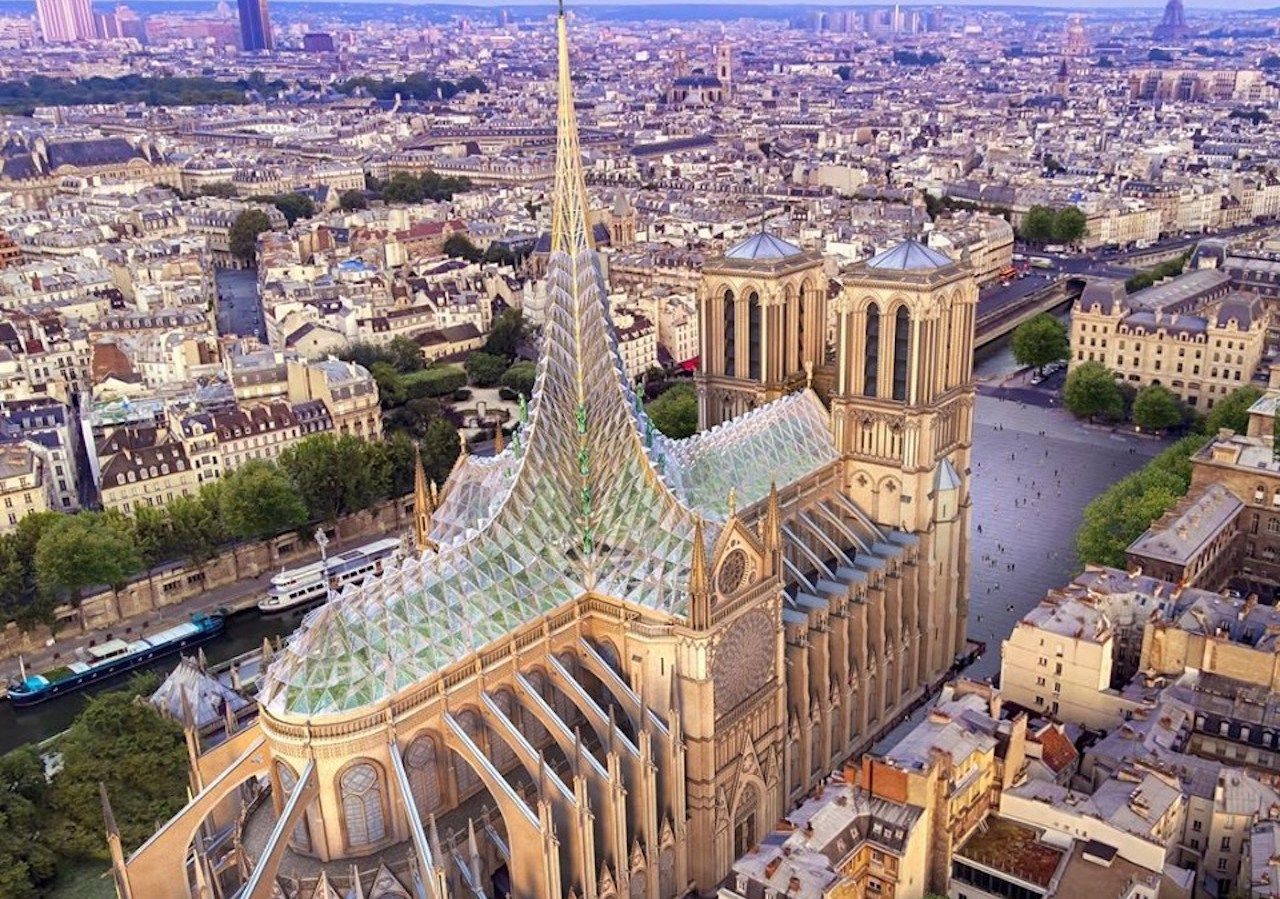 Vincent Callebaut Architects has a pretty ambitious vision for the cathedral, proposing the “Palingenesis project” — an effort to turn Notre Dame into a positive energy building, which produces more energy than it consumes. A new wooden frame would be covered with a three-dimensional crystal glass, which would absorb light and transform it into energy. A garden would also be planted, for the purpose of facilitating contemplation and meditation. 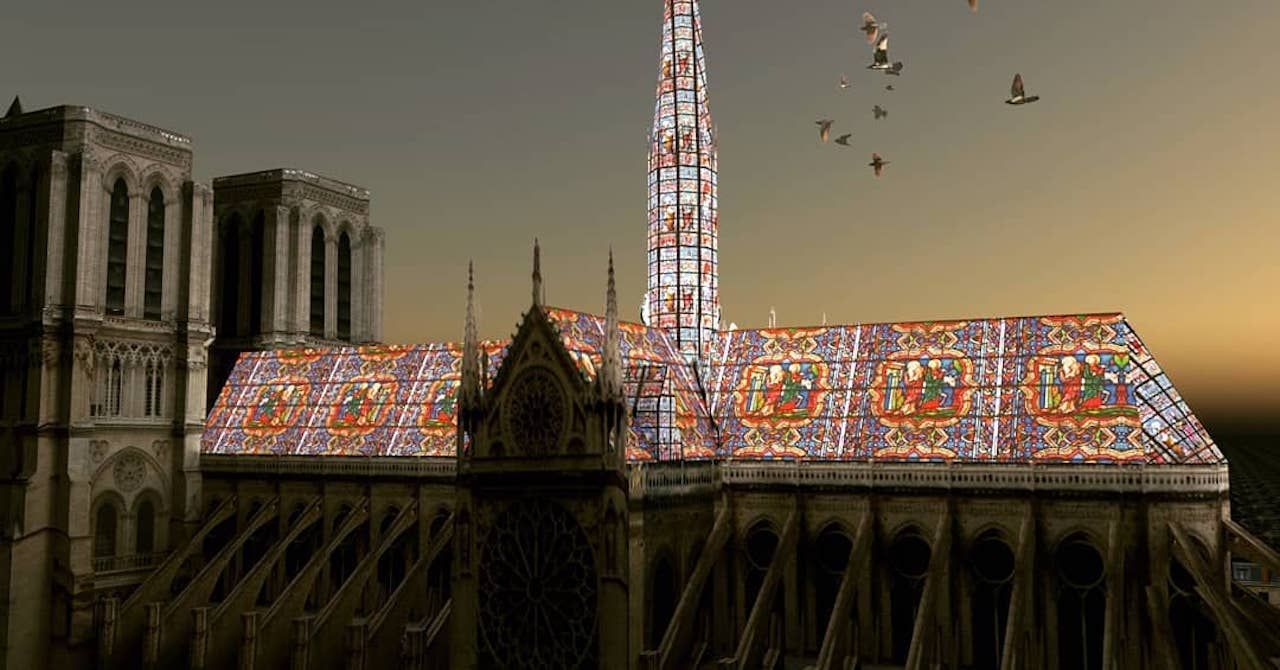 Alexandre Fantozzi of Aj6 STUDIO in Brazil wants to make Notre Dame shine by covering the roof in one of the cathedral’s most famous elements: stained glass. The beautiful and incredibly intricate rose windows of Notre Dame are some of the most beautiful parts of the cathedral, so Fantozzi wants to make the material the focus of its redesign proposal. On Instagram, he explains how his idea would make for a great connection between Earth and sky — a theme of religious importance.