The chaos of modern urban living routinely robs us of the chance to simply be. To take in what’s around us and notice the little things, both good and bad, that we so often overlook. For many of us, part of the appeal of spending time outdoors is the chance to reflect: on life, on nature, and on one’s future. What if that were your job? For Jim Henterly, it was. For more than 20 years, Henterly has worked as a fire lookout on Desolation Peak in the state of Washington. In a new film from director-producer Lindsey Hagen and videographer-editor Chris Naum, Henterly contemplates the future of fire lookouts in America, which, in an obtuse but very real way, represent both the future and a time long past.

1. The act of simply observing nature is on the decline.

The first takeaway from Ode to Desolation is quite striking. In the early 1900s, more than 9,000 fire lookouts gazed over the nation’s forests and high country. Only 60 remain staffed and active.

Compare that with today, when 55 percent of people live in metropolitan cities, and CNBC projects that number to rise to 68 percent by 2050. These days, you can actually rent many of the old fire towers as getaway lodging on sites like Airbnb. While it’s great to see these historic spots given a productive use rather than being abandoned or even destroyed, the irony of staying in a fire lookout is quite blatant. What was once a normality and even a job for many people is now an escape reserved for the weekend.

2. Fire lookouts represent an important chapter in the human story. 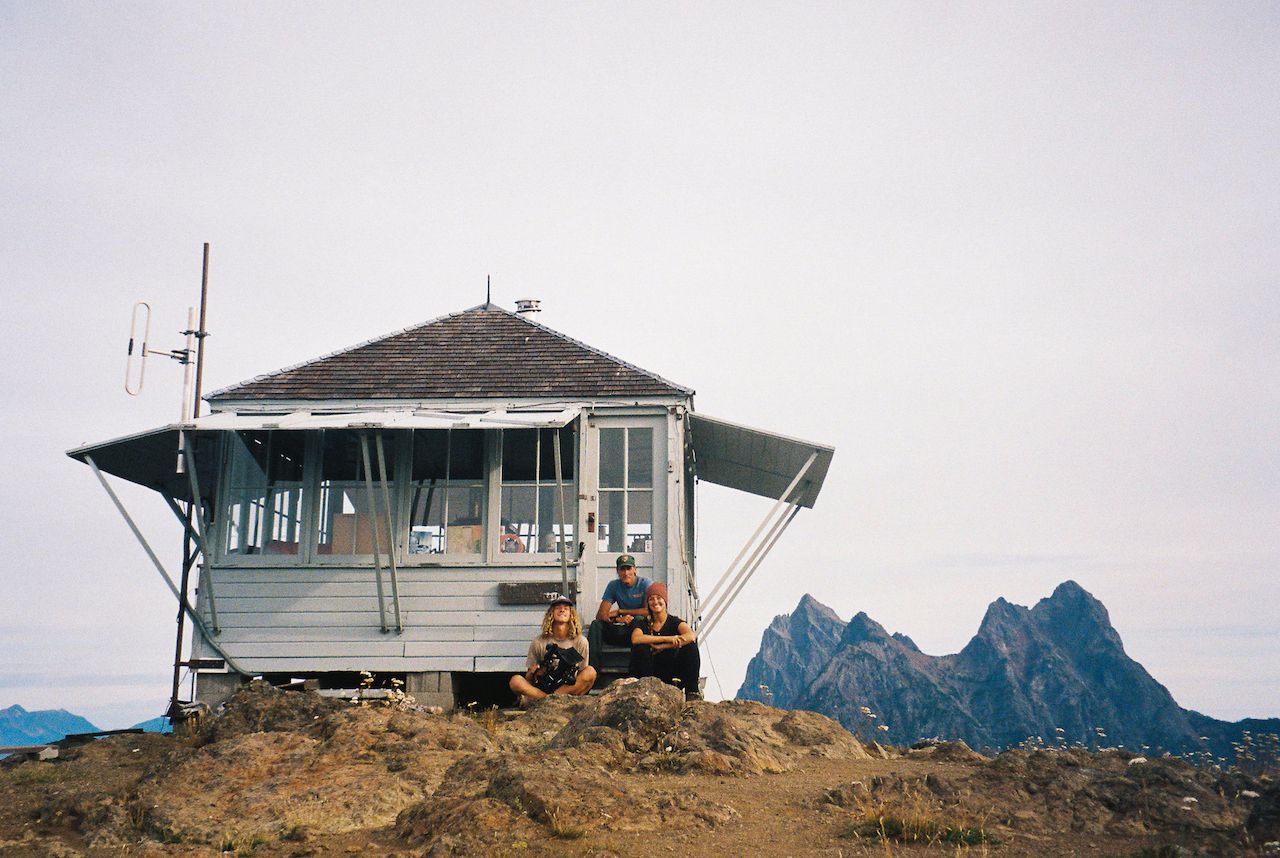 As Henterly notes in the film, our collective human heritage is told through what we leave behind for future generations to find. Even before the days of Airbnb, fire lookouts were a part of that story. Long a refuge for wilderness hikers, many are stocked with the remnants of those who occupied them. “We have been making pictures on walls or whatever 2D surfaces to tell our human story,” he says. “That’s the most human thing we do is story.”

Those remnants likely include maps or the books and journal entries that many visitors find left behind. Henterly, for his part, created elaborate drawings of what he observed in the wilderness surrounding Desolation Peak. As the role of fire lookouts has evolved, Henterly’s job is now as much about keeping the history of the area alive as it is fighting for its preservation.

3. There’s always something to gain by simply getting outdoors.

Henterly’s wife Emory and their children often stayed with him in the hut. To them it was a home, a part of them, a place where the family could bond and appreciate not only themselves but their natural surroundings. The film builds its narrative around peace found in the wilderness. Henterly notes that mankind’s evolution took place mostly outdoors, and that by simply being out there, we’re channeling our true selves.

“If I hadn’t started down this track, I’d be a very different person,” Henterly says in the film.

Later, he discusses the role of fire lookouts, the forest and park services, and other activists in protecting the land. “If we hadn’t been these individuals in the right place at the right time, we would not have saved this stuff. There were powerful economic forces trying to stop any kind of preservation effort. Suddenly, people wanted the national forests to survive and they wanted a fire crew to protect them.”

4. Now is the time to protect the future. 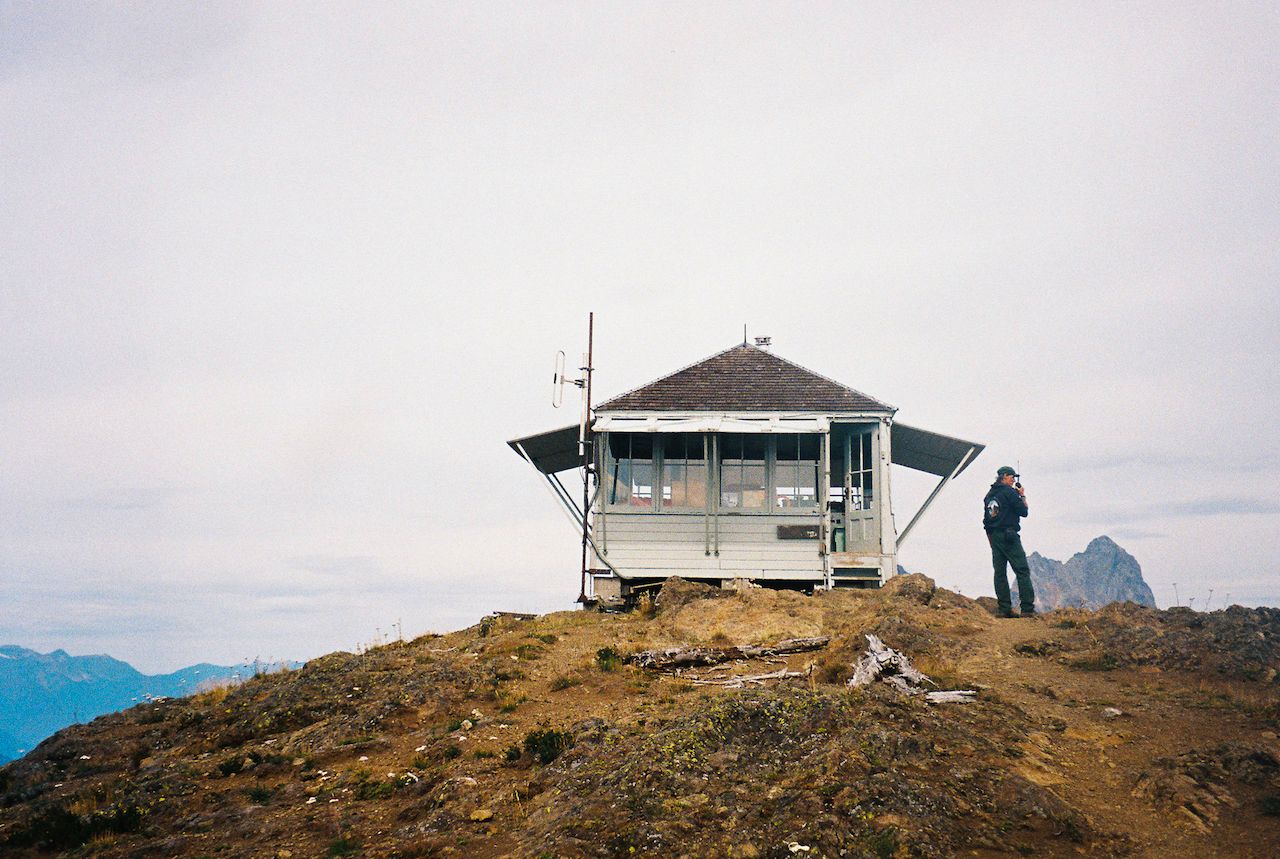 “This present moment that lives on to become long ago,” Henterly says at the end of the film. “We think, every moment of our life is there for eternity. Did we do something with that moment that will be a good story? At the least, will it be something that will make things better for the future?”

If there’s one overarching takeaway from Ode To Desolation, Henterley’s closing line is it. The actions we take in the present will be reflected in the future. It’s on us both to preserve what we have and to pass on to our children the knowledge and passion that they will need to do the same.

Henterly’s job at Desolation was to spot smoke rising from the wilderness. In a way, we’re all doing the same as we move through life. For some, that smoke might be a kink in the supply chain at work, for others a personal hurdle in the home.

“Those highest points of contrast out there between the darks and the lights, that’s what catches our eye,” Henterly says.

Whatever the smoke in your life, here’s to catching it before it spreads.