In the 1960s, California businessman Bob Damron started publishing travel guides for the LGBTQ community, covering queer-friendly spaces around the country. He published the pocket-sized Bob Damron’s Address Book annually to fill a void in the LGBTQ travel sphere. Now, historian Eric Gonzaba and co-primary investigator Amanda Regan are using Damron’s guide books from 1965 to 1980 to map queer spaces during those years, track the evolution of queer communities, and place them in the proper historical context.

“Mapping the Gay Guides” is an interactive digital map covering each year of Damron’s guides. Each listing takes the form of a blue pin, and through the map users can watch LGBTQ businesses appear and disappear over time. Click on the pin to obtain information about each queer establishement mentioned. 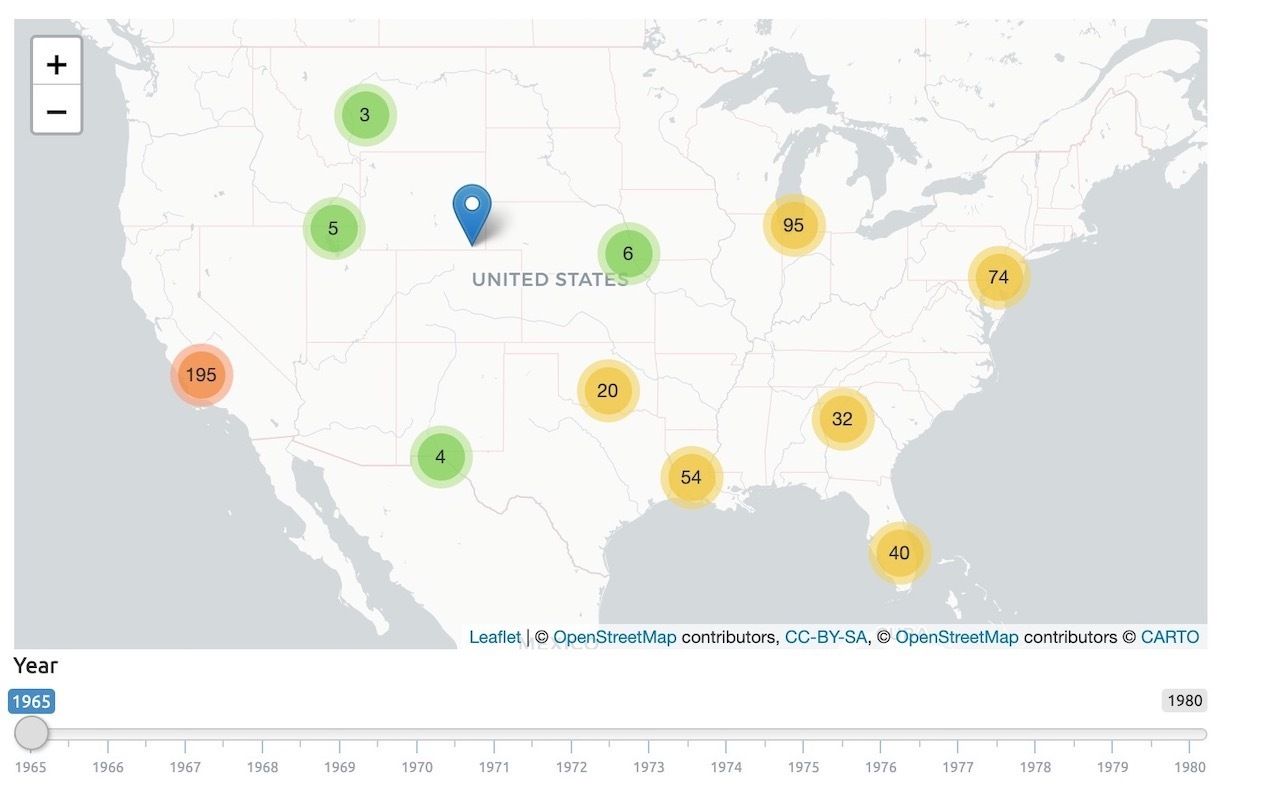 The project began in February and since then has pinned over 23,000 listings in 32 states and DC, providing a valuable resources of the landscape of queer spaces in the second-half of the 20th century. Right now the timeline ends in 1980, but Gonzaba hopes to eventually make the map accurate through the present.

LGBTQ TravelThe Top 10 LGBTQ Destinations for 2020
Tagged
LGBTQ Travel News
What did you think of this story?
Meh
Good
Awesome