Pulled lamb leg, braised pork shoulder, sauteed chicken breast: Most menus from New York City to Paris seduce us with these familiar parts of the animal. The meat is typically the leanest possible cut from the cleanest, most presentable area. But have you ever experienced the taste of a hearty chicken liver sauteed in onion and olive oil that’s served sizzling straight out of the oven? Or how about a chicken heart melted under a layer of butter on a bed of mushrooms? Organ meat might be underappreciated at many fine-dining dinner tables, but these cuts are delicious, exciting, healthy, and environmentally friendly.

In many countries around the world — including Morocco, Egypt, and Bulgaria — chefs welcome a variety of animal parts to the cutting board. It’s not only practical, but it’s also beloved, says Atanas Dimitrov, chef and owner of Pod Lipite (Under the Linden Trees) in Sofia, Bulgaria.

“I inherited the restaurant from my father and continued his legacy of serving organ meats for over 25 years,” Dimitrov says. “People love it — both locals and foreigners who have never tasted a cow’s brain in their life come asking specifically for offal. How anyone would throw it out is beyond me.”

Although the beauty of organ meat is far from literal, its appeal lies in the diverse selection of animal parts that can be fried and offered as a snack or sauteed and served as a main. Some home cooks may feel intimidated and perplexed when it comes to offal preparation, but the old motto “less is more” applies here. The foolproof way to cook any organ meat is to simply saute it with a little oil and onion. The main goal is to preserve the richness of the meat and not overpower it with spices — a pinch of salt and black pepper will do just fine.

Here’s why we should step out of our comfort zones and bring diversity to our culinary skillsets by adding offal to our kitchen repertoire.

Organ meat is easy to prepare. 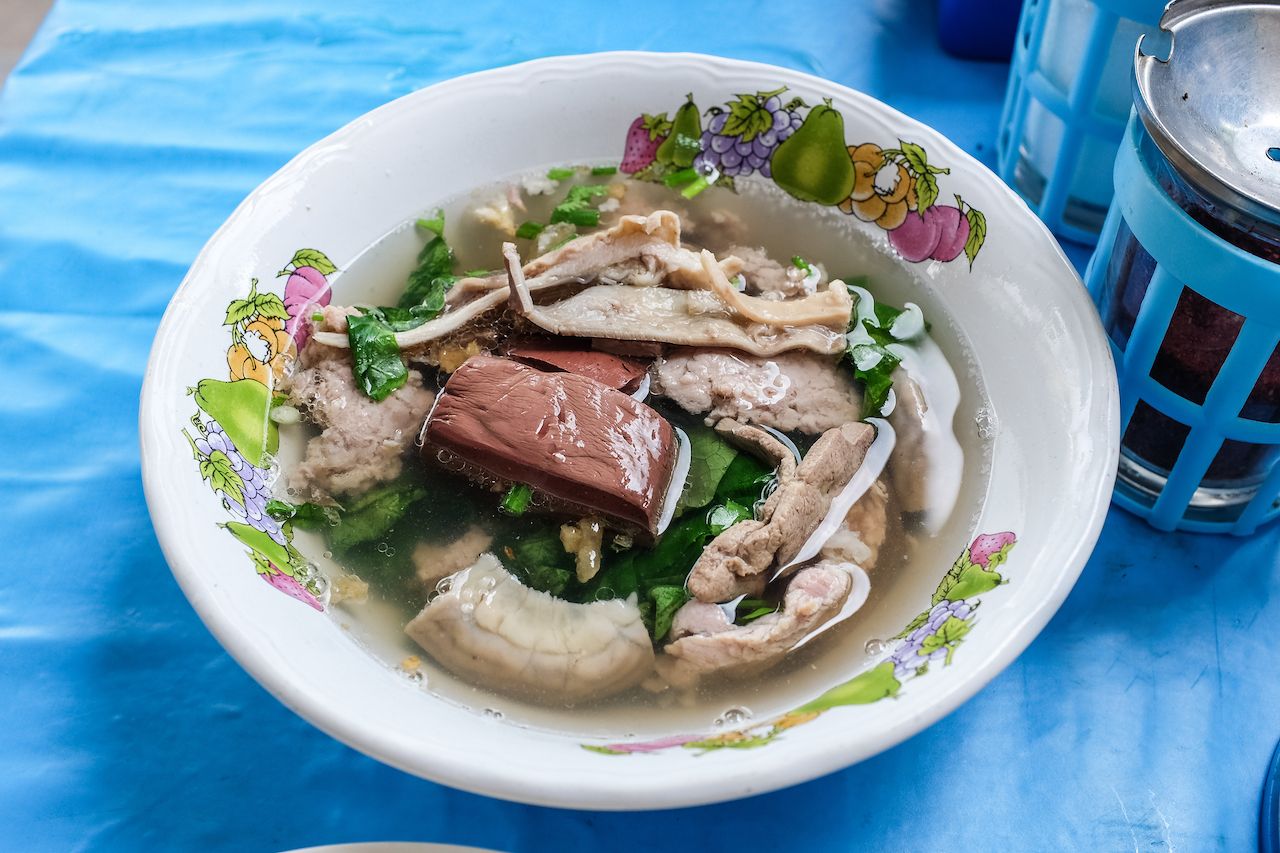 When it comes to the brain and tongue, texture is key. Preparation here includes two simple steps: boiling and frying. A serving of tender cow brain makes for an excellent alternative to boring chicken nuggets. Boil the brain in a broth of peppercorn and garlic to soften it and add a gentle herbaceous flavor. The lobes should be cut and rolled in flour and breadcrumbs, coated in a mix of egg and milk, and then quickly dipped in the heated oil to achieve the perfect balance between soft and crisp. Cow tongue follows a similar method of preparation. A broth of rosemary, bay leaves, and a few garlic cloves impart each fiber with flavor.

As we move lower to mid organ meats like the heart and liver, the texture becomes chewier and a bit tougher. These cuts are excellent for stir-fries. Veal lung makes for a hearty soup or dumplings, but when it comes to the stew, no organ does better than the pork or veal belly. All that’s needed to prepare this stew at home is the cleaned out belly meat sliced in thick chunks, a little butter, milk for thickness, vinegar, and red chili pepper. Bulgarian culture swears by it as the ultimate hangover cure.

Slurping a hot pork belly soup on a cold winter night is the ultimate eating pleasure. When it comes to the spleen, home cooks can get even more creative. In Moroccan cuisine, cow and beef spleen is stuffed with rice, olives, onion, garlic, parsley, cilantro, and eggs. The dish is ready to eat in under an hour and can feed an entire family.

When it comes to carnivorous dishes, the scales of the market are tipped in favor of the leanest, prettiest cuts. Cow brain is still considered an exotic meat in much of the United States. As a result, tons of offal is wasted because it’s deemed unappealing by mass culture. Eating more organ meats would greatly decrease food waste across the globe.

According to a study by the American Cancer Society, eating more offal, along with other waste mitigation efforts, could reduce food waste by more than 40 percent in a country like Germany. 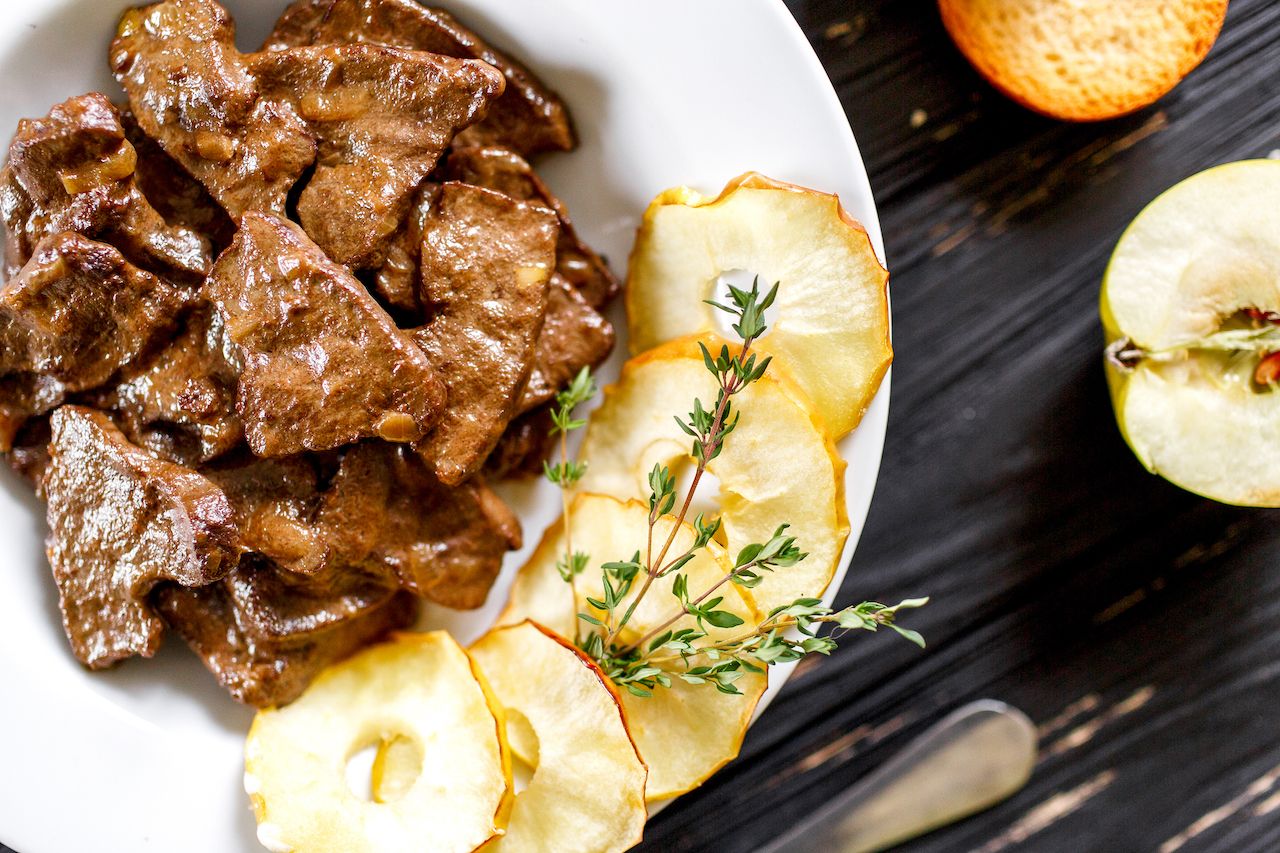 While white meat is considered the holy grail of health due to its high protein content and little fat, offal is also a great source of nutrients. Liver and liver products, like Danish leverpostej and French pâté, are rich in Vitamin A. Chicken hearts are full of zinc, iron, and selenium and very low in carbohydrates.

Anthony Bourdain once said, “To me, life without veal stock, pork fat, sausage, organ meat, demi-glace, or even stinky cheese is a life not worth living.” Prejudice has no room in the kitchen. We should all make offal a staple in our kitchens and proudly serve it, indulge in it, and support the environment by reducing food waste.

Food + DrinkThe Story of Atlantic Cod Told Through Seven Recipes
Tagged
Food + Drink
What did you think of this story?
Meh
Good
Awesome