The way the so-called Asian speciality grocery store has evolved in the United States stands out. This type of shopping center usually often occupies a nondescript strip mall, surrounded by fast-food restaurants, mortgage lenders, and beauty salons. It may specialize in products from one Asian country, but rarely fails to carry some Latin pantry items like canned and dried beans, chili powder. and essential American goods from Oreos to Progresso chicken noodle soup. Larger chains tend to be pan-Asian, stocking Vietnamese shrimp sauce, Filipino calamansi concentrate, and Korean fermented soybean paste close together, or Cantonese egg noodles and Japanese soba side by side, and often come with a bakery and a food court. This expansive stock of diverse ingredients is gradually changing the way many Americans cook and eat.

The rise of pan-Asian grocery stores in the US is a product of shifting immigration patterns. According to census data, the Asian American population grew by 70 percent in the ‘80s, mainly driven by immigration. Unlike their predecessors who mostly worked manual labor jobs and sent money home, the wave of immigrants in the 1980s had higher educational and professional qualifications, partly thanks to immigration policies that favored skilled workers. Many were eventually joined by their families. Parents commuted long distances to STEM jobs and brought grandparents to the US to take care of the kids. Some of today’s most successful Asian grocery chains, such as H Mart and 99 Ranch Market, were founded around this time to serve the needs of these multigenerational families.

The founders often cite homesickness in their origin stories. “[He] missed his hometown — the familiar sounds, the smells, and the food. He wondered why he couldn’t shop for those foods and brands that were familiar from home here, in a grocery environment similar to his local American supermarket,” a marketing manager at 99 Ranch Market once said of the company’s Taiwan-born founder in an interview with South China Morning Post. 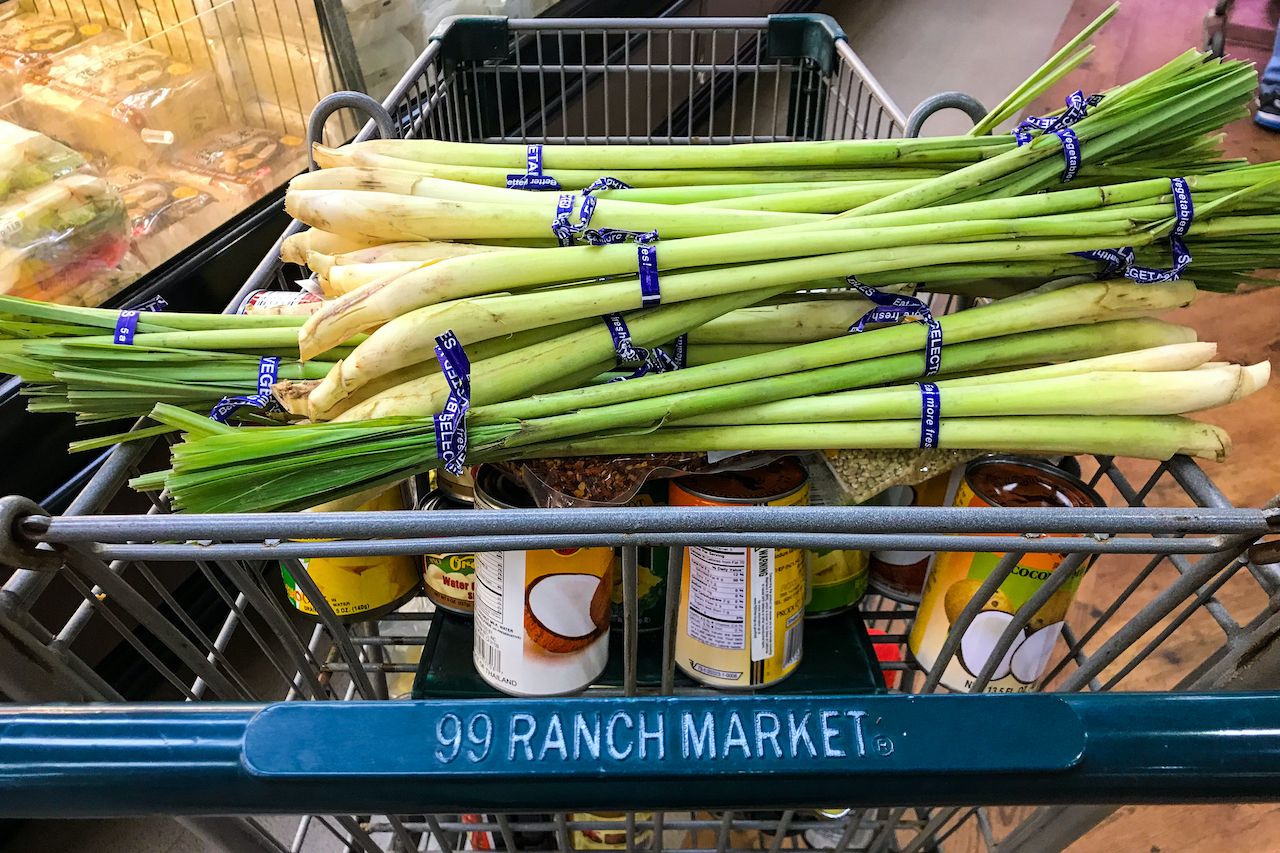 For many customers, however, shopping at Asian grocery stores was as much about necessity as nostalgia. Usually, the grandparents cooked, and they much preferred familiar ingredients and dishes. Many of my Chinese American friends have fond memories of their grandmas’ cooking (soy-braised chicken wings were a favorite recipe).

It was usually the parents who did the shopping, which entailed driving long distances on weekends to a region’s biggest (and sometimes only) Asian supermarket. Today, travel is still part of the ritual, but as much for fun as necessity. Before the pandemic, a coworker of mine, a single, 25-year-old, used to ride the 7 train all the way from midtown Manhattan to Flushing every other week to “eat a good meal, do a nice facial, and haul back some groceries.” Another college friend said it was “well worth it” to sit for two hours in Los Angeles weekend traffic to buy ingredients for homemade hotpot.

Upgrades to Asian grocery store chains that seem stuck in the 1990s are underway, these days. Successful chains are expanding nationwide, moving into neighborhoods with growing Asian populations. The new stores are clean and well-lit; the selections are often tailored to local demographics. The H Marts near Columbia and New York universities, opened in 2018 and 2019 respectively, are stocked with entire isles of frozen potstickers (and a lot of frozen rice cakes too), instant noodles, and Japanese cookies — staples in college dorms.

This new wave of expansion has coincided with the growing popularity of Asian cuisines in the US, stoked by celebrity chefs and fueled by social media and global travel. Mainstream American grocery stores now carry Asian ingredients (I myself buy fish sauce and sesame oil from Trader Joe’s), and influential food media also introduced once unfamiliar Asian vegetables to the general audience, sometimes with Americanized twists to acclimate uninitiated palates.

But American home cooks flock to Asian grocery stores not just to buy specialty items for Asian recipes. “The Asian eggplant […] works better for Mediterranean recipes like melitzanosalata [and] baba ganoush,” a Reddit user wrote of a recipe that actually works better with ingredients that can typically only be found in an Asian grocery store. “It’s not quite the same variety as what’s used in Greece, but it’s a closer substitute than the typical American eggplant is.”

Vegetarians can also get a larger variety of meat alternatives beyond baked tofu and vacuum-sealed tempeh in regular health food stores, including soy-free tofu (also called tamago, made of eggs and seaweed stock), shirataki noodles, and pure wheat gluten.

It’s not just home cooks that appreciate the offerings. A bar owner told me that he regularly shops at a local 99 Ranch Market for his specialty dishes. “They have very well-priced seafood. The lobsters are $9.99 a pound,” he says.

Another chef, who asked to remain anonymous, started a weekend meal delivery service called ThatzKoththu during the pandemic. He said he goes to Asian supermarkets for recipe ideas. His signature dish, called koththu, is a Sri Lankan street food similar to pad thai. When we first met, he was finalizing the recipe for a Sichuan-style koththu. The sauce uses Sichuan peppercorn and, as he wryly revealed to me, a dab of hotpot soup base. 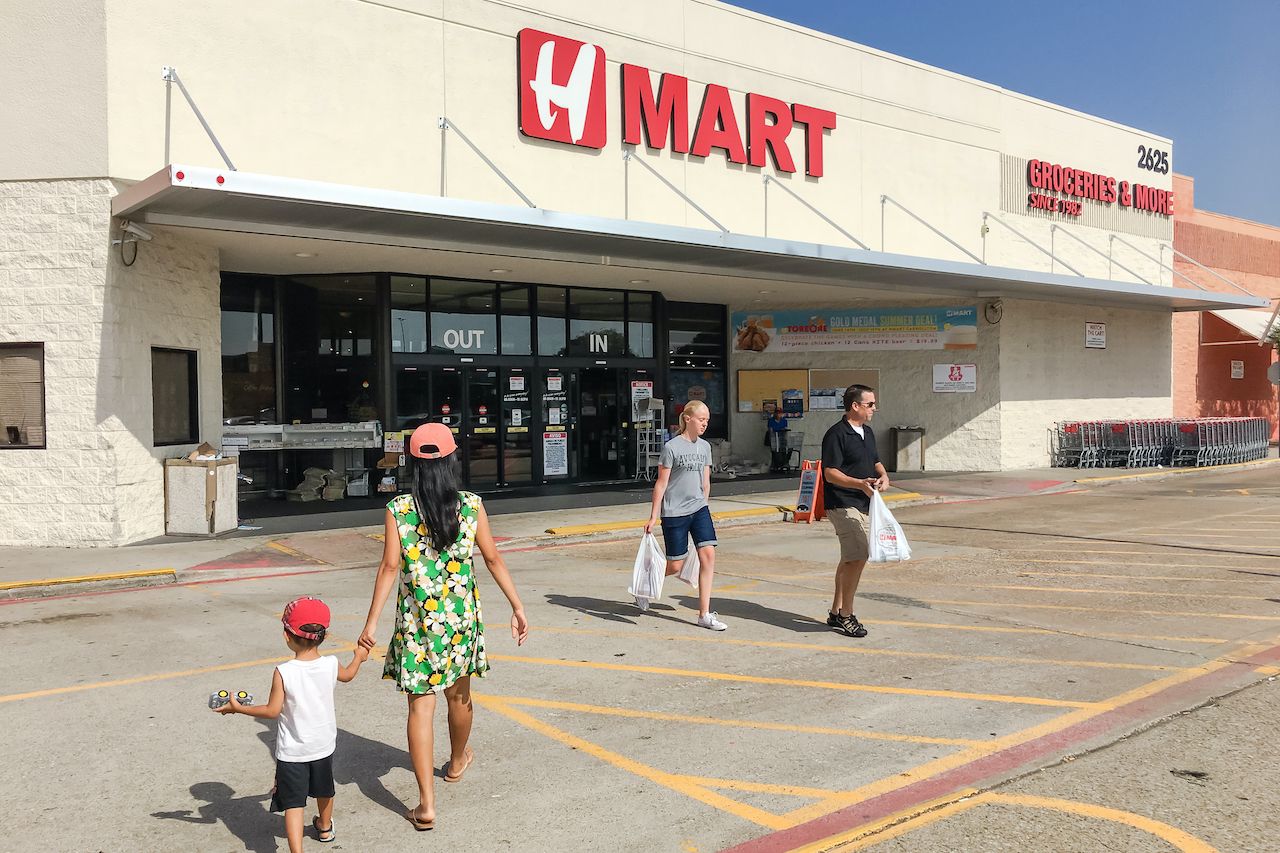 There is always a sense of exploration shopping at Asian grocery stores today, even for those well-versed in Asian food. New products are showing up in greater varieties than ever before. Many products that I first saw on Chinese social media, such as brown sugar bubble tea ice pop, self-heating hot pot, and stinky rice noodle in river snail broth are vying for the attention of the new generation of fun-loving, global-trotting customers.

I myself am often surprised at the speed at which trending products from Asia turn up in American stores. I almost laughed when I saw in my local 99 Ranch Market a peach-flavored seltzer made by Nayuki, a Chinese bubble tea chain trying fiercely to carve out a share in the bottled drink market. I had to find out for myself what the fuss was all about. The drink was more assertive than subtle, halfway between a good old Japanese Ramune soda and LaCroix. It’s vaguely “western” but unabashedly and proudly Asian — just like the grocery stores themselves.