If you’re looking for a place to get away from it all with a drink in hand, consider adding Panama City to your travel bucket list. Residents of the capital city of Panama have a bright outlook on life, and the perennial happy hour and bustling cocktail scene certainly helps. There’s no denying that Panameños are drinking in the good life. Here, you’ll find fine-crafted cocktails — made with ingredients ranging from classic to the more experimental — savored in paradisiacal quarters. 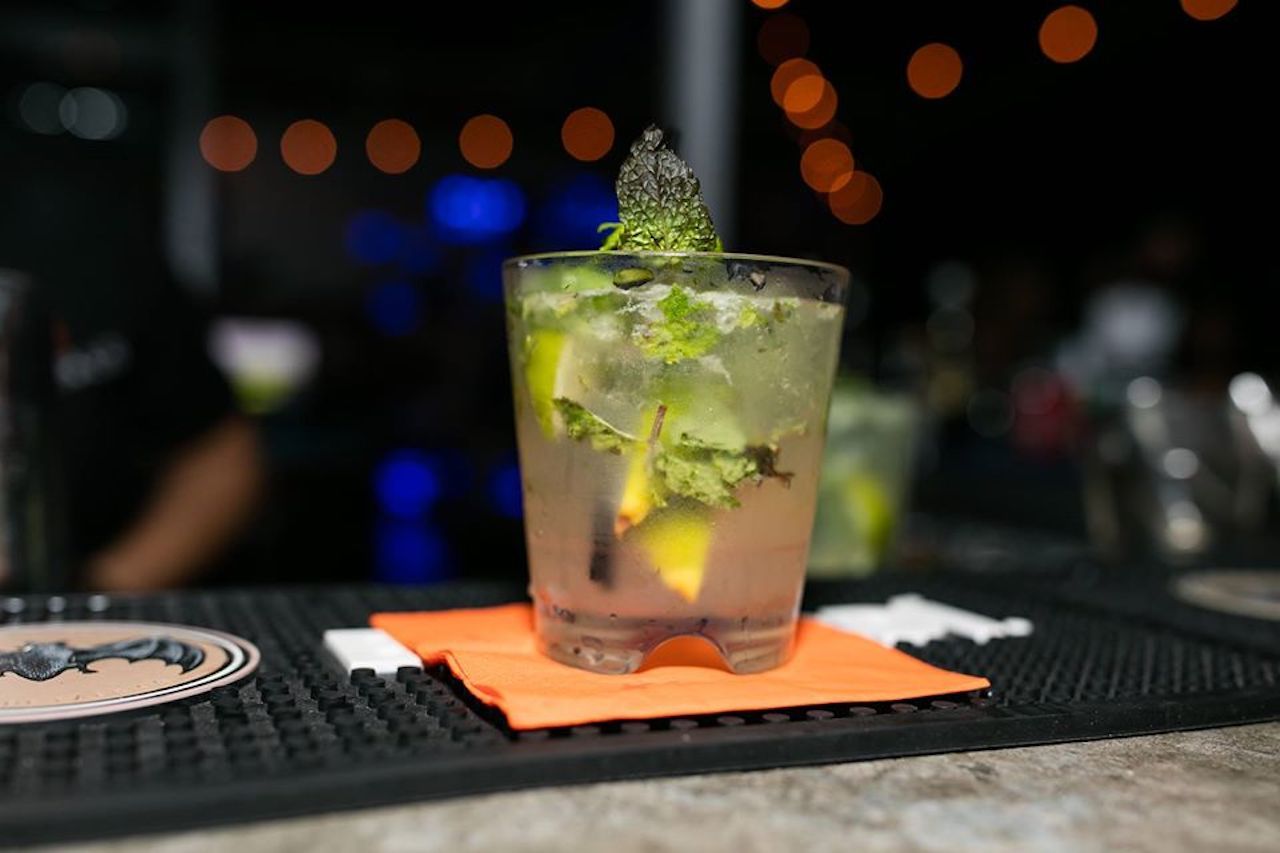 Sip drinks under the string lights of Panama City’s most popular rooftop bar. Tantalo is more than a loved part of Casco Viejo’s rooftop scene — it practically created it. Casco Viejo (also known as Casco Antiguo or San Felipe) was once an off-limits district complete with a street called salsipuedes (“get out if you can”). It has since ripened into the entertainment enclave of all of Panama City, with a gaggle of glittering rooftop lounges. Tantalo is part of the eponymous 10-room boutique hotel, and there’s another restaurant and bar on the ground floor. The large-scale murals are transfixing, and in the evenings, the ground floor lavatory could be mistaken for a dizzying VIP room backstage at a Zedd gig. You can’t go wrong with the maracuya (passion fruit) mojito, and if you like piña coladas, you won’t regret ordering one here.

Where: Calle 8 Este con Avenida B 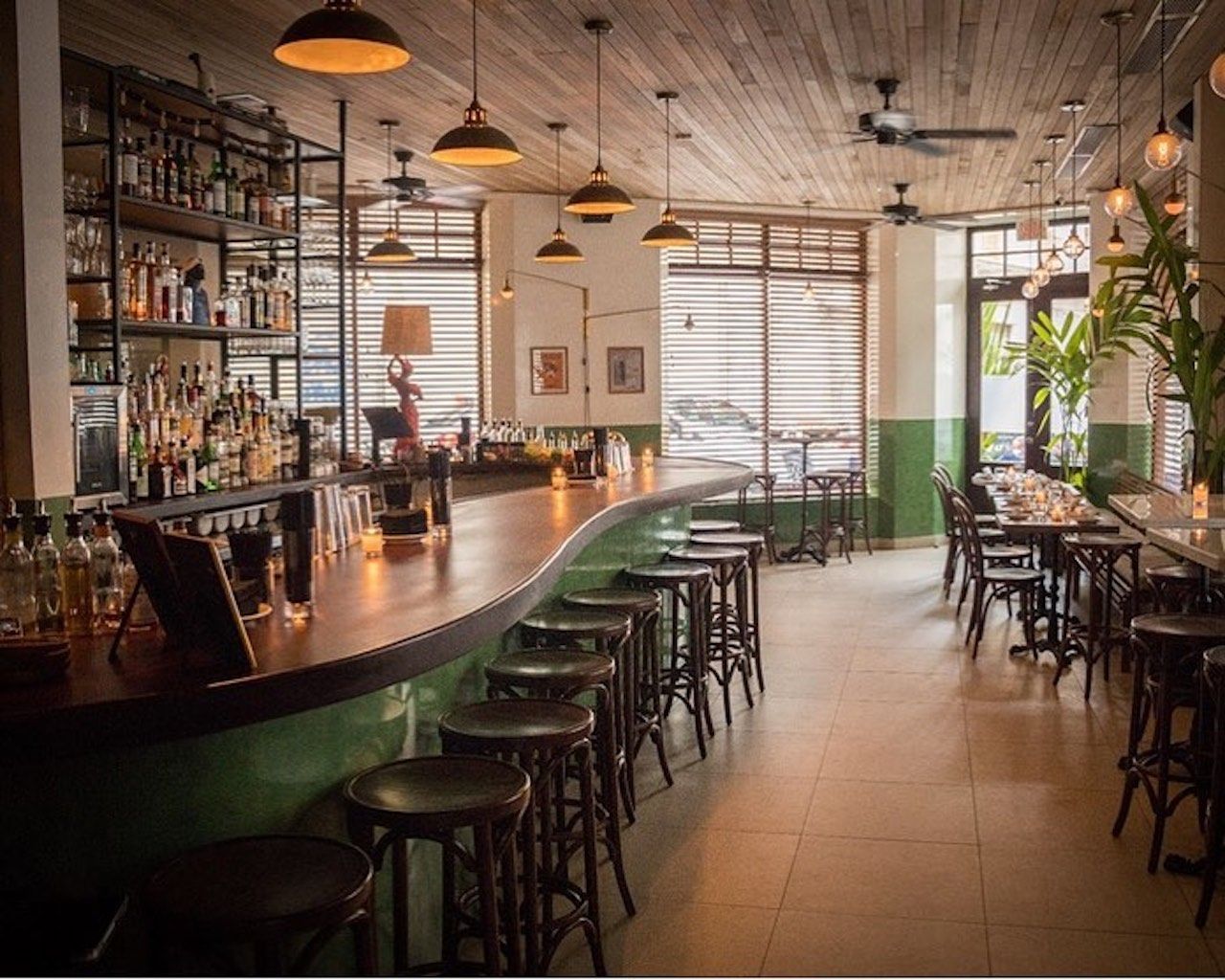 The classy Stranger’s Club comes to the old town of Casco Viejo from the founders of New York City’s Employees Only. The decor harkens back to ‘50s Havana, and concoctions with local ingredients like Panama’s aji chombo peppers and seco, the country’s national liquor. Raise your spirits with the Q’Xopa cocktail of kaffir-lime-infused seco and fresh lime juice. One of Panama’s linguistic traits is changing the order of words — for instance, que pasó? (“what’s up?”) becomes que xopa? (keh-soh-pa), the name of this delectable cocktail. Set over two dim-lit floors, Stranger’s Club is cozy, intimate, and it goes further than pretty umbrella drinks (although the mai tai isn’t to be missed).

Where: Calle B y Avenida Central 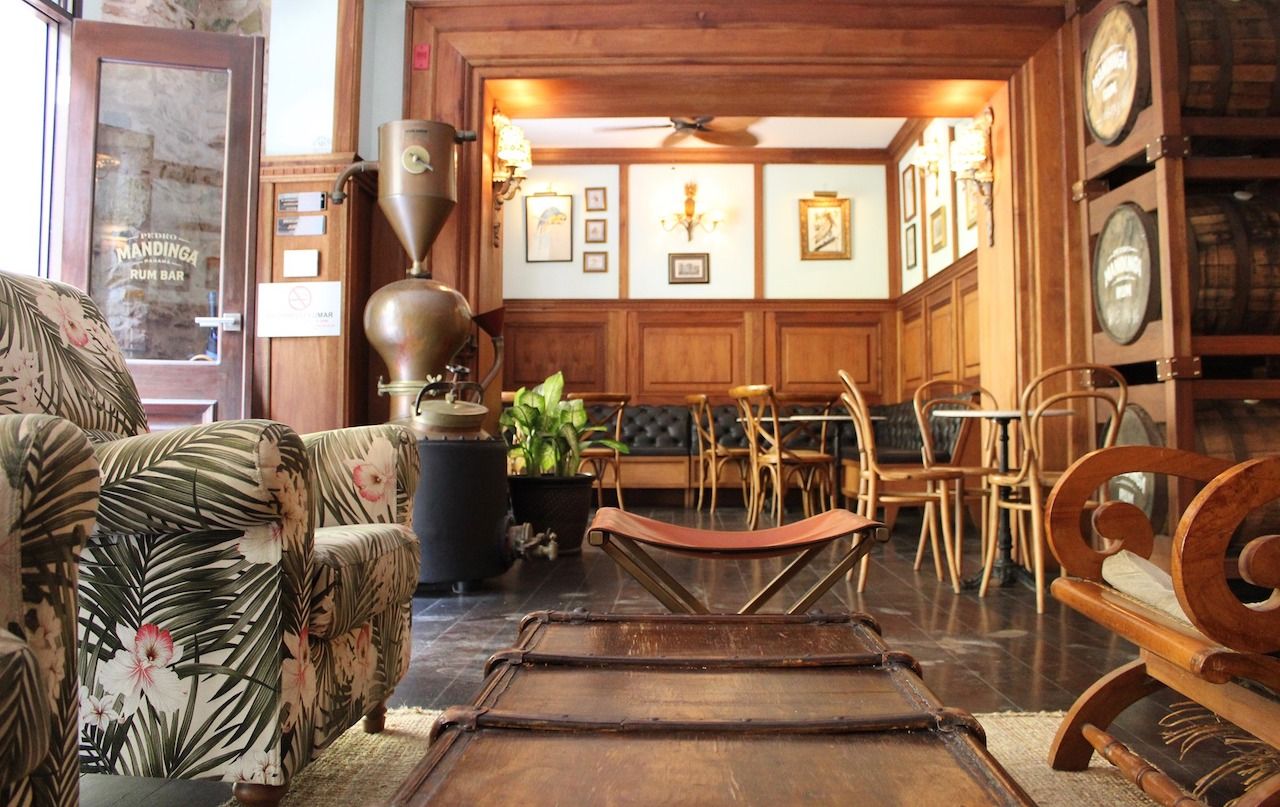 Pedro Mandinga is a cocktail lounge Don Draper would love. Panama’s first craft rum distillery in Casco Viejo has wooden walls, floral upholstery, and hard-working ceiling fans to cool you down from the famed Panamanian heat. Pedro Mandinga’s award-winning rums are produced in the Panamanian province of Chiriquí with raspadura pure cane sugar. The menu promises a waterfall of rum concoctions and creative Caribbean sharing plates to pair with your cocktail. The bar offers an extensive happy hour and a second branch recently opened in the Via Argentina neighborhood. 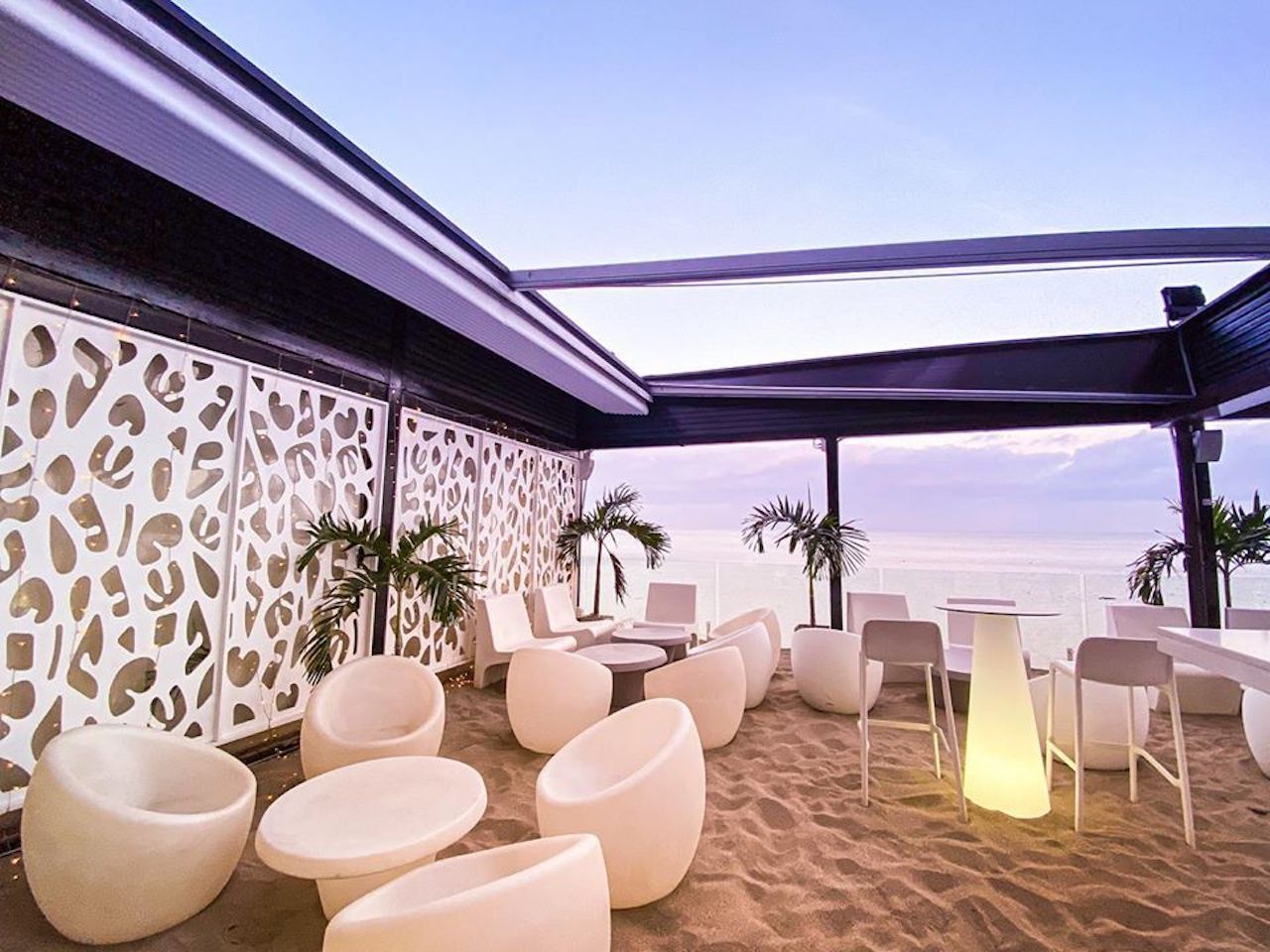 Have a blue drink in the white sand at LOST. You’ll thirst for nothing here with a menu designed to impress even the staunchest cocktail aficionado, and the bartenders are very serious about gin. The Mare Nostrum cocktail with thyme ice cubes smells and feels like a whole world of friendly flavors in a glass. The mocktails are equally wondrous. LOST is tucked at the back of the JW Marriott on the banks of Panama Bay. A common misconception is that Panamá is a beach city, but it’s actually along a bay. Find your way to LOST for the only sandy experience within city limits. 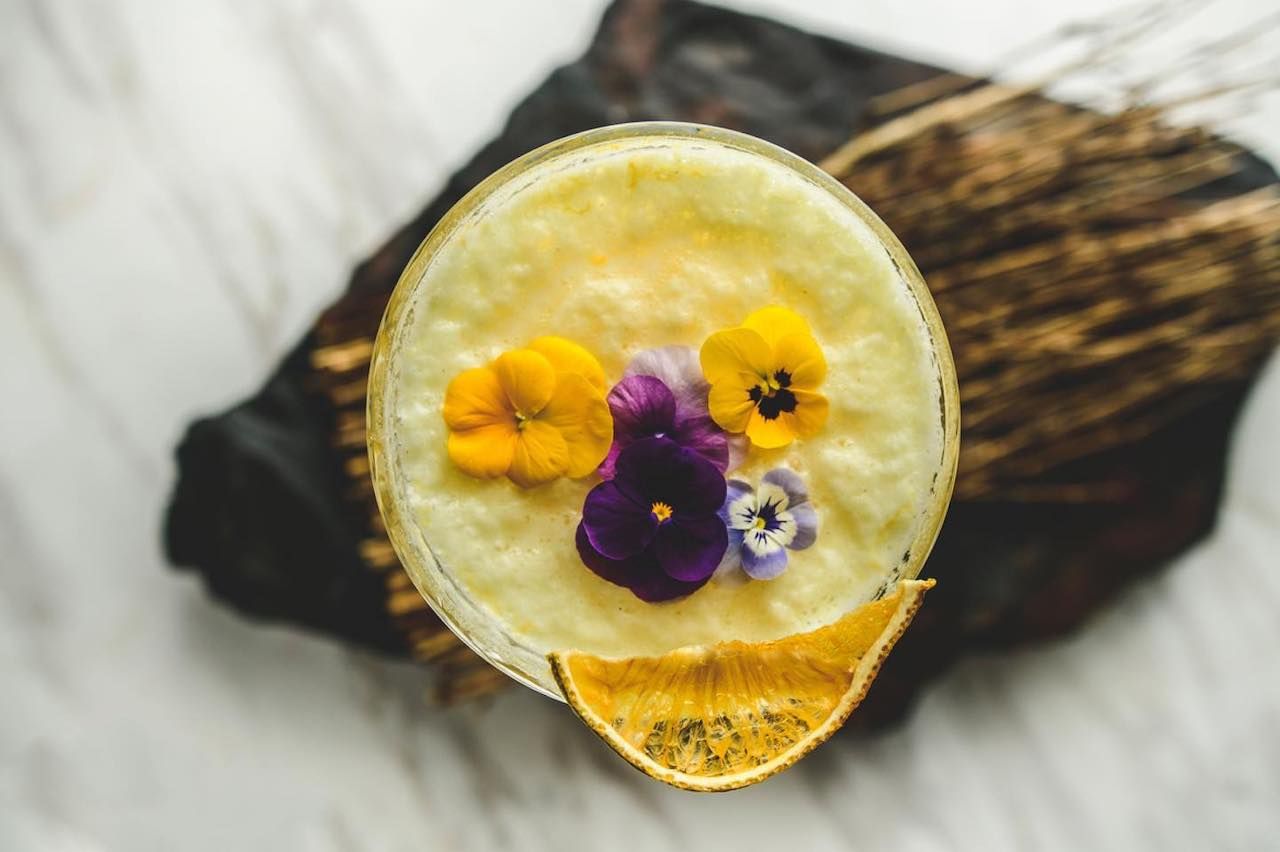 Salvaje is a photoshoot location masquerading as a bar. Many rooftops in Casco Viejo claim to have the best view in the area, but Salvaje is a particularly strong contender. Try the Vikingo, a splendid mix of gin infused with red fruits, almonds, and eucalyptus that is served in a faux tusk. The Holy Grail of the menu is the Indiana Jones, a cocktail of ginger beer, cucumber vodka, blackberry, and basil. And the cherry on top? It’s presented in an armored skull with horns for handles. Make the right decision and order one while you’re there. Let’s face it: Life feels good when you’re drinking cocktails in paradise.

Over in the San Francisco neighborhood, Joder Gastro Lab has everything from cotton candy cocktails (decoratively affixed to helium balloons) and homemade rum punch to bartenders wearing Salvador Dalí masks and red boiler suits à la Money Heist (the first episode of the popular Netflix show’s third season was shot in Panama). The food menu also draws inspiration from the Spanish surrealist. Get your hands on Las Esféras de Dali, lip-smacking goat’s cheese croquettes with manchego, unagi sauce, and guava. San Francisco is an upscale residential neighborhood with exciting eateries dotted all around. Don’t skip this one.

Where: Calle 77 diagonal a Atlapa

Coffee + TeaHow To Take the Ultimate Coffee Trip Through Panama
Tagged
Restaurants + Bars Spirits + Cocktails Panama
What did you think of this story?
Meh
Good
Awesome

Inside the Darien Gap: An Exploration in 19 Photos