While the Amazon gets all the press, the true wild heart of South America lies in the Pantanal. Stretching over 81,000 square miles and spanning Brazil, Bolivia, and Paraguay, it is the biggest tropical wetland in the world.

Unlike the Amazon, where the wildlife is concealed behind the dense rainforest vegetation, the Pantanal lays out its wild treasure on the open savannah that’s filled with a network of interconnected rivers, streams, and ponds.

In Brazil, the vast wetland spreads over two states — Mato Grosso and Mato Grosso do Sul, forming the northern and the southern Pantanal respectively. Most of the Pantanal is not accessible by road, but regular flights between Cuiabá in the north and Campo Grande in the south make it possible to explore both parts of the region in the same visit.

The gateway to the northern Pantanal is the small town of Poconé, just over 60 miles from Cuiabá, the capital city of Mato Grosso. From here, a dusty dirt road — the Transpantaneira highway — cuts through the wilderness toward the small community of Porto Jofre on the bank of the Cuiabá River.

The amount of wildlife along the Transpantaneira is staggering. Thousands of storks, egrets, and herons flock to the roadside marshes, dozens of bright kingfishers dart for fish from the low branches of sparse vegetation, and birds of prey soar overhead. The termite mounds dotting the savannah attract armadillos and giant anteaters — some of the most odd-looking creatures in South America. 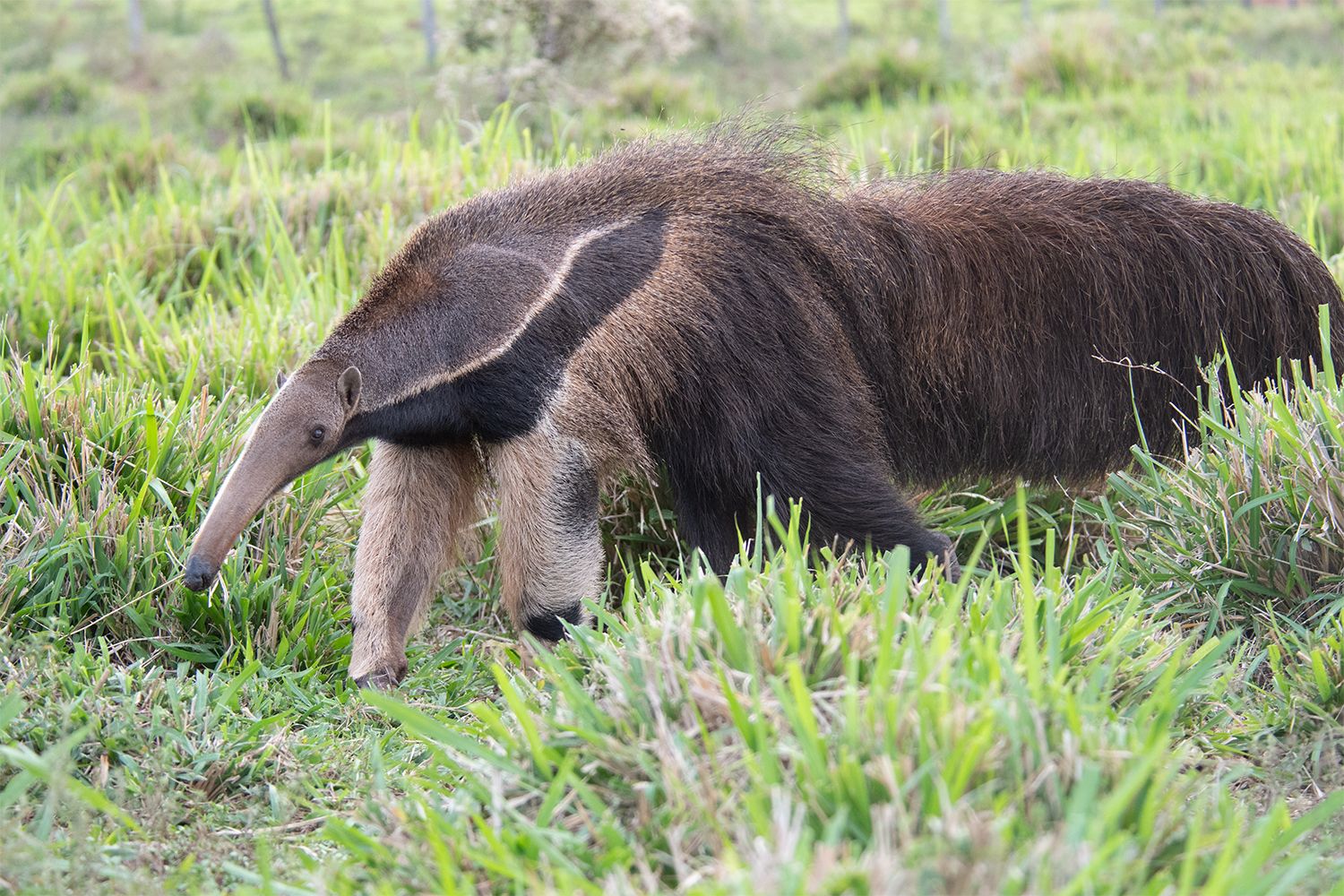 Brazilian tapirs, armadillos, crab-eating foxes, caimans, capuchin monkeys, and tiny marmosets are just the beginning. You’ve never heard a dawn chorus as loud and varied as one from the Pantanal — the birdlife here is off the scale.

Parrots of all shapes and colors scream from the treetops, brightly painted toucans and aracaris hop among the branches picking fruit with their oversized beaks, and giant rheas strut across the grassland. 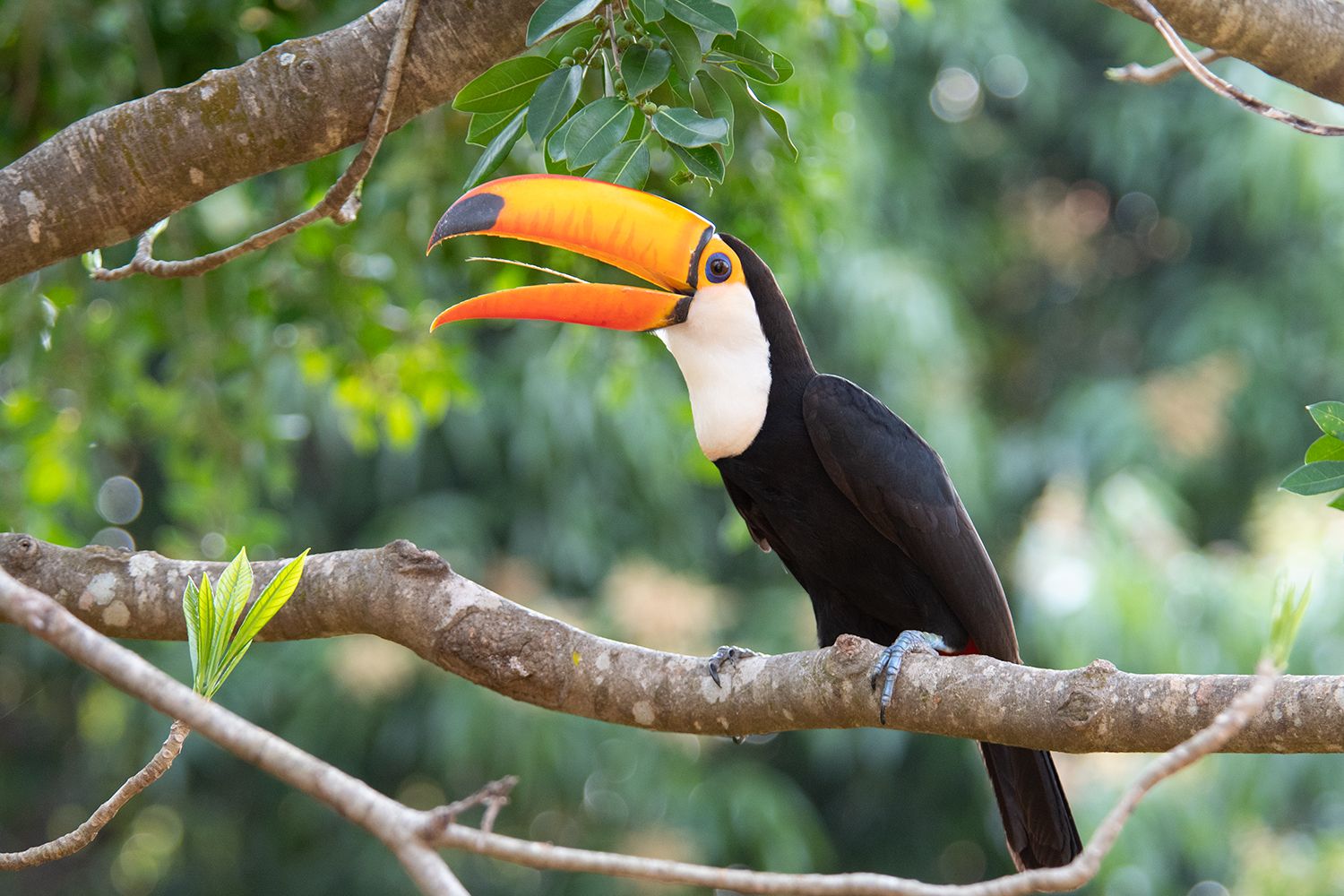 The prey-rich banks of the Cuiabá River that winds its way through the vast wetland are home to one of the largest jaguar populations in the world.

Having lost more than 40 percent of its range across South and Central America, the jaguar is listed as Near Threatened by the International Union for Conservation of Nature. It has already disappeared from parts of its range, and the Pantanal remains one of the last strongholds of the species. 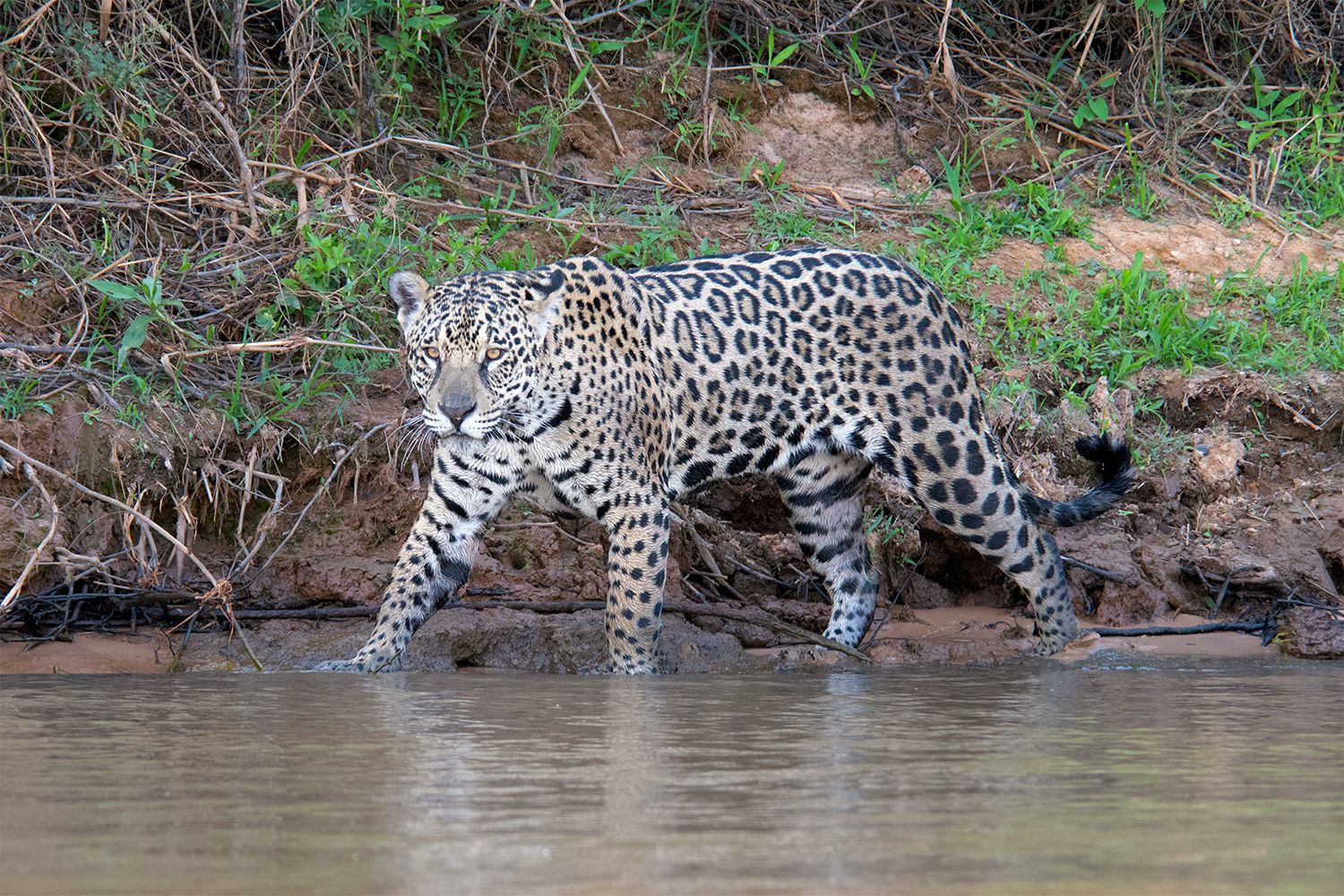 Over recent years, the small community of Porto Jofre has become the jaguar-watching capital of the world.

While typically elusive nocturnal hunters, here, the jaguars are active all day long and can be spotted from a boat at any hour. The narrow tributaries make it easier to see the cats on the riverbanks, and the jaguars’ relaxed attitude toward the boats allows for some incredibly up-close and personal encounters.

Although, it has not always been that easy. Julio Andre Monteiro, the founder of Pantanal Trackers and the pioneer of jaguar tourism at Porto Jofre, was the first guide to bring foreign tourists to the river about 20 years ago. Back then, tracking jaguars was a challenging task, and the sound of a boat’s engine would send the cats dashing for cover.

It took five long years to habituate the jaguars to the motorboats, but with time the cats relaxed and accepted the boats as part of the river ecosystem. Today, you can watch the jaguars patrol the riverbanks, swim in the river, and if you’re lucky, you may even witness a hunt. 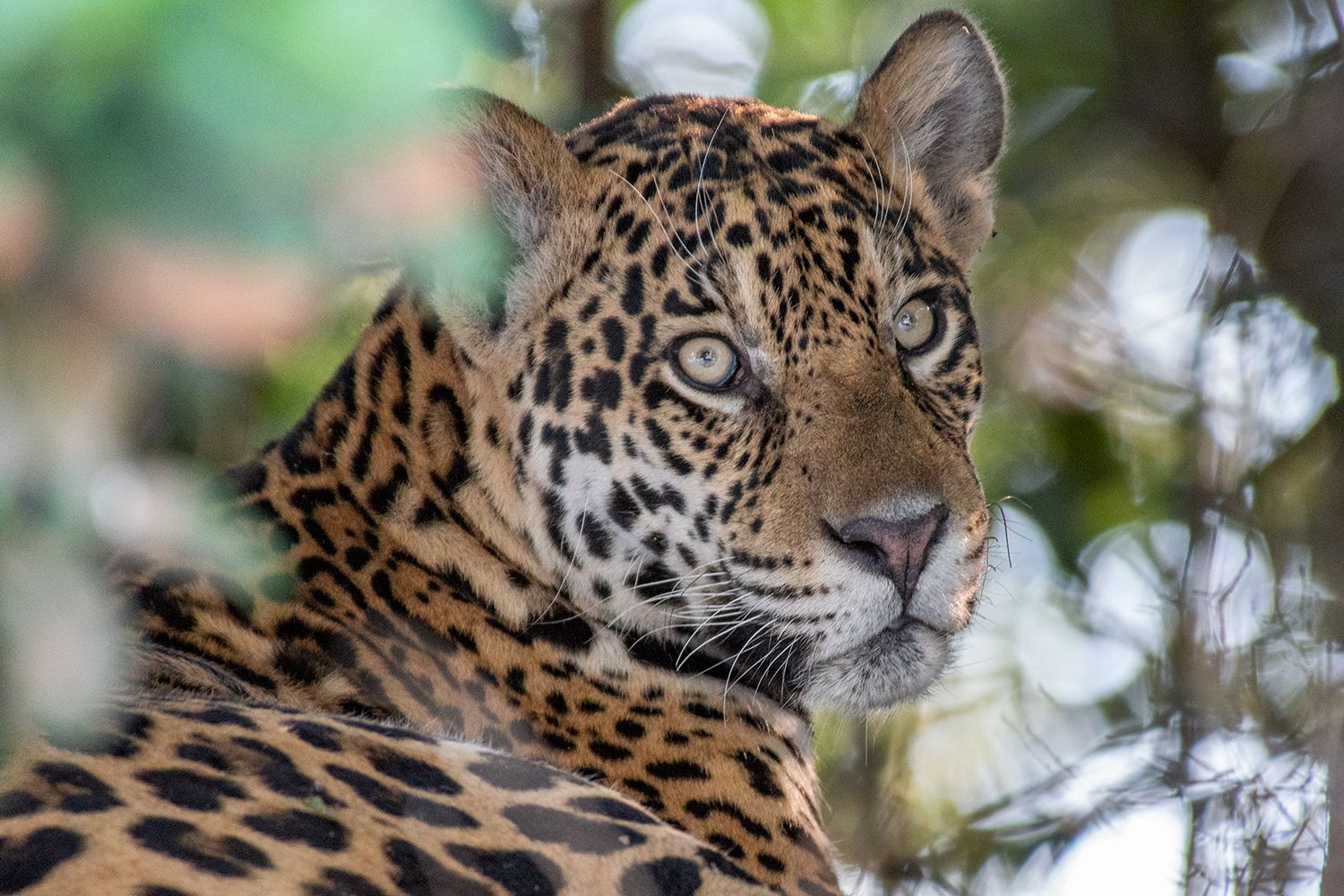 Cuiabá River is also home to the endangered giant otters. These highly social animals are the most entertaining creatures to watch in the wild. They exist in constant motion of catching fish, eating fish, grooming each other, playing with each other, and occasionally craning their necks out of the water to check out their surroundings. 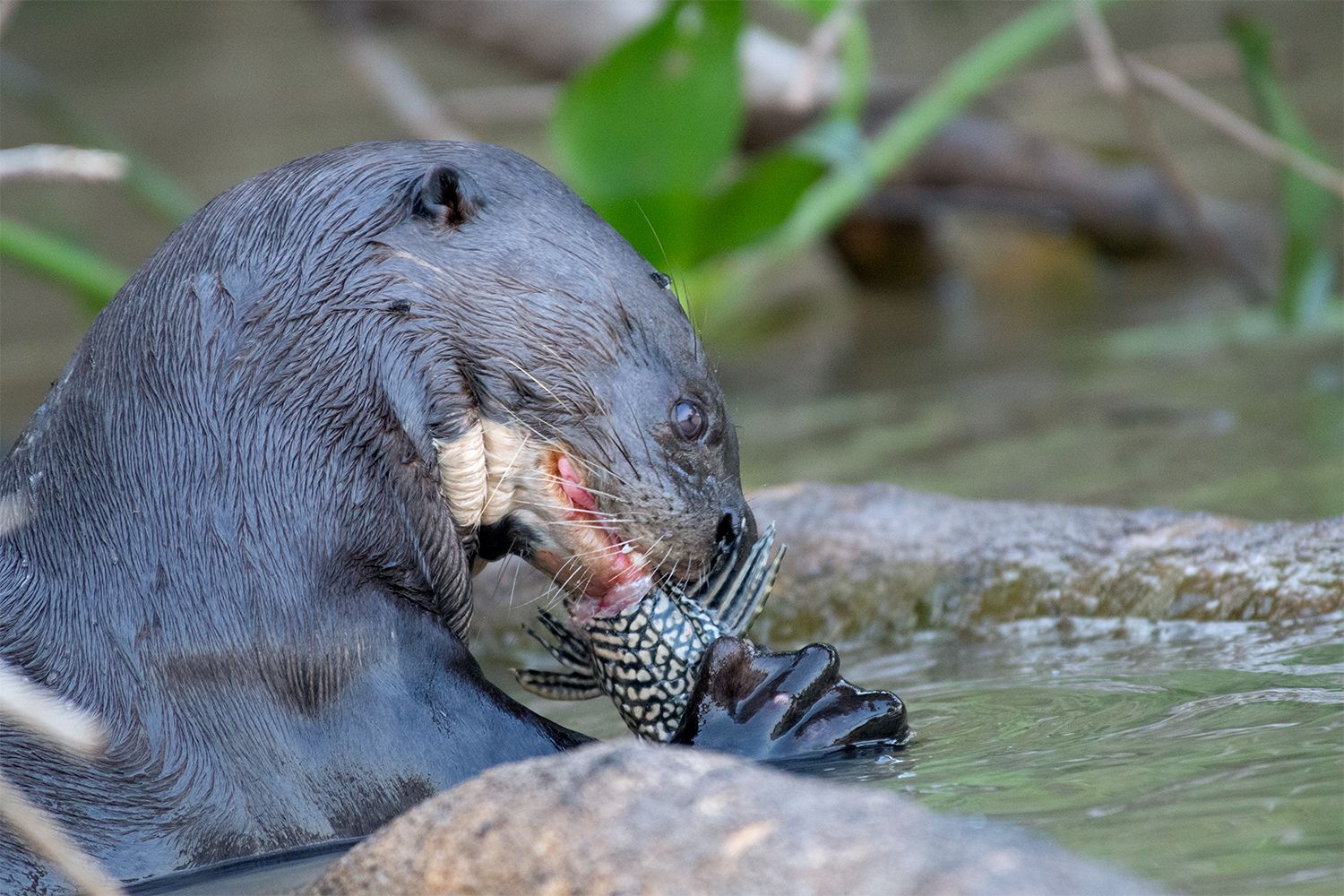 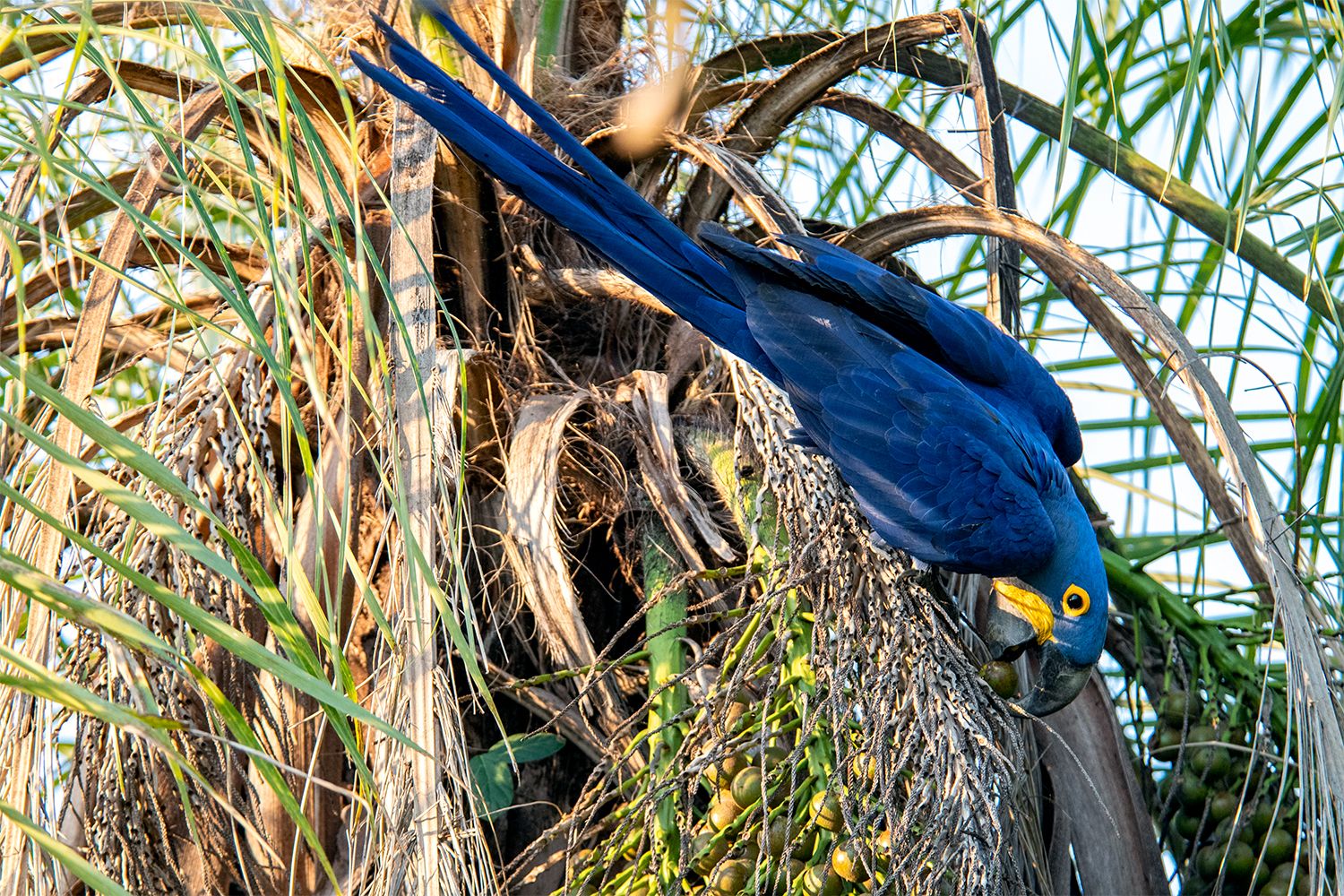 Exploring the Pantanal, it is easy to see that this giant wetland supports the highest concentration of wildlife in South America. However, less than two percent of this wilderness is safeguarded by legal protection on the federal level.

Most of the Pantanal is privately owned by cattle ranchers and soybean farmers. The majority of the region is threatened by deforestation, soil erosion, pollution from intensive farming, and construction of hydroelectric dams. Without adequate protection, the Pantanal is in danger of following the fate of the Amazon rainforest, 20 percent of which has already been lost.

Almost 250 miles south of Porto Jofre, Beth Coelho — the owner of Fazenda San Francisco — is working to share her love of the Pantanal with Brazil’s future generations. Within an easy two-hour drive from Campo Grande, the capital city of Mato Grosso do Sul, the fazenda is both a working farm and an ecolodge that offers homestay experiences for school groups coming from as far as Rio.

There is so much wildlife at Fazenda San Francisco that it feels like a zoo without cages. Giant anteaters and yellow armadillos wander in the grassy paddocks, flocks of magnificent blue and yellow macaws feed noisily on palm fruit, and giant monitor lizards bake in the scorching sun. 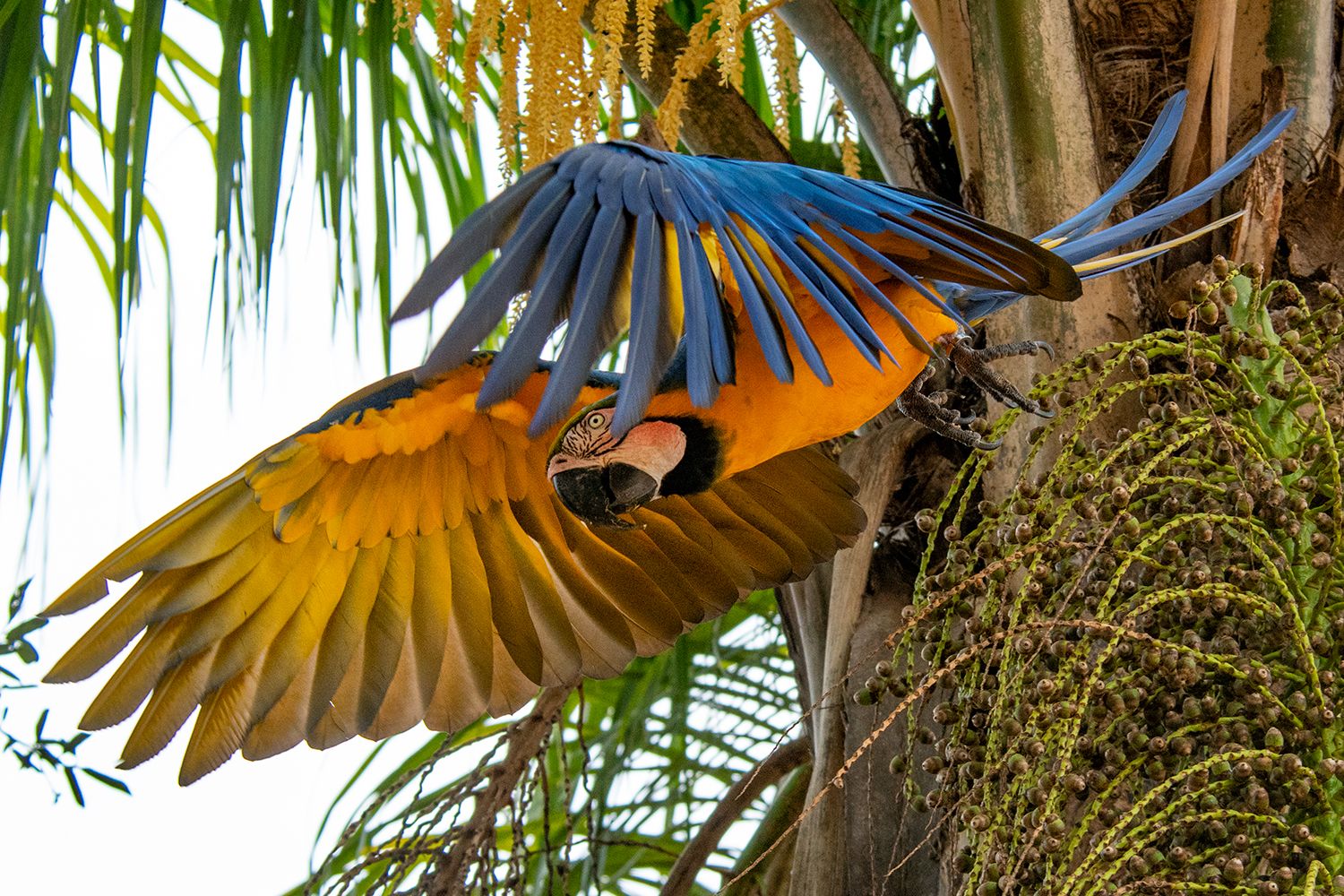 The rice fields of the fazenda are home to another South American spotted feline — the ocelot. Attracted by the high numbers of native rats, the ocelots are not offended by passing safari trucks and happily pose for the future defenders of the Pantanal. 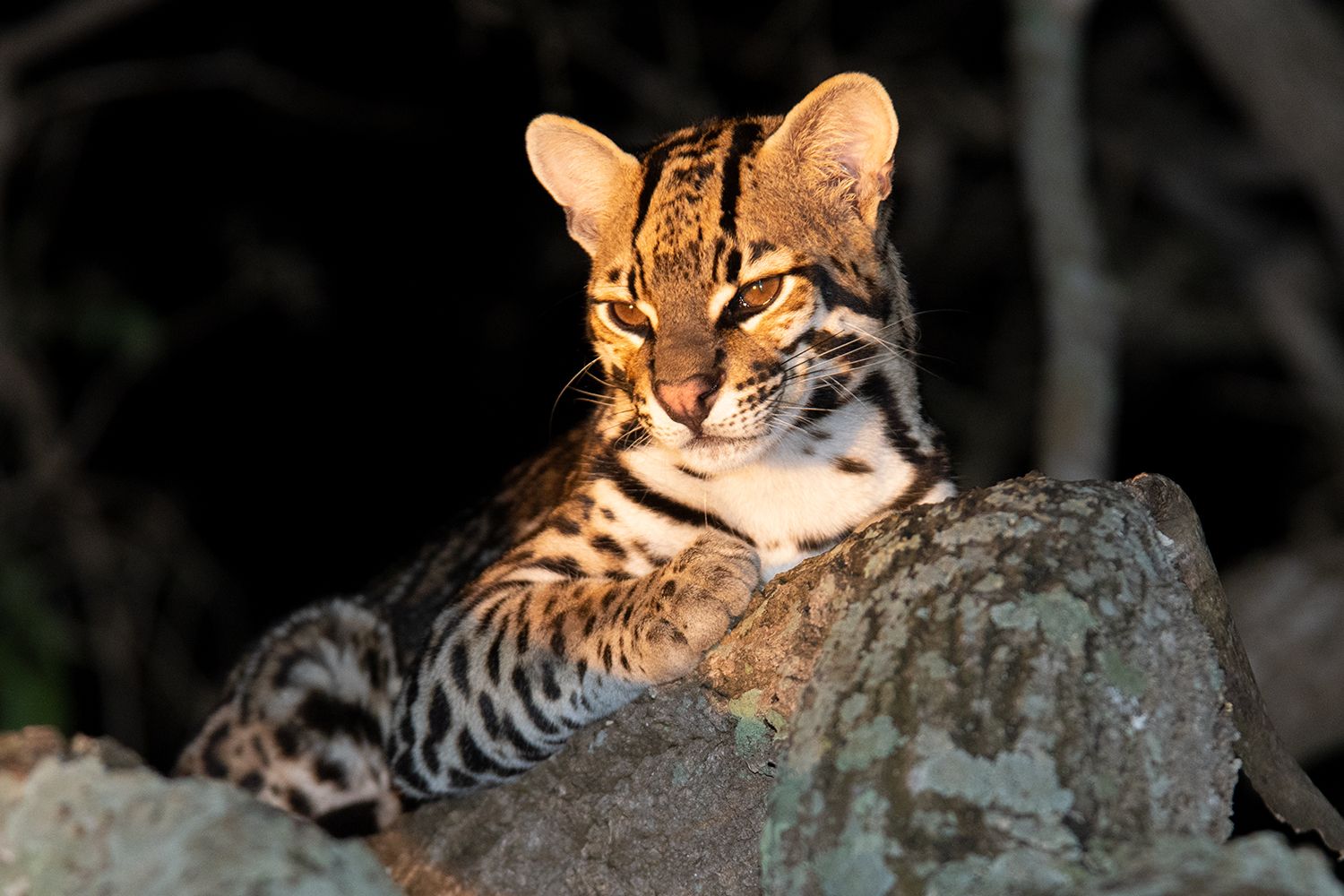 Trip PlanningThe 11 Best Places To Travel To if You’re Obsessed With Monkeys
Tagged
Sustainability Trip Planning Wildlife Brazil
What did you think of this story?
Meh
Good
Awesome