Located on the banks of the Swan River, Perth is the capital city of what is, geographically, Australia’s largest state: Western Australia. With a population of about two million, Perth enjoys a Mediterranean climate with hot summers and mild, wet winters. It’s culturally diverse any time of year, with a mix of both modern and indigenous art alongside galleries and museums to rival Sydney and Melbourne, and its west coast remoteness means the city is far less touristy than the cities on Australia’s eastern seaboard. Perth saw 5.7 million arrivals between July 2018 and June 2019 compared to the 16.1 million visits to Sydney in the same period. If you do make the trip here, these are the cultural attractions to see. 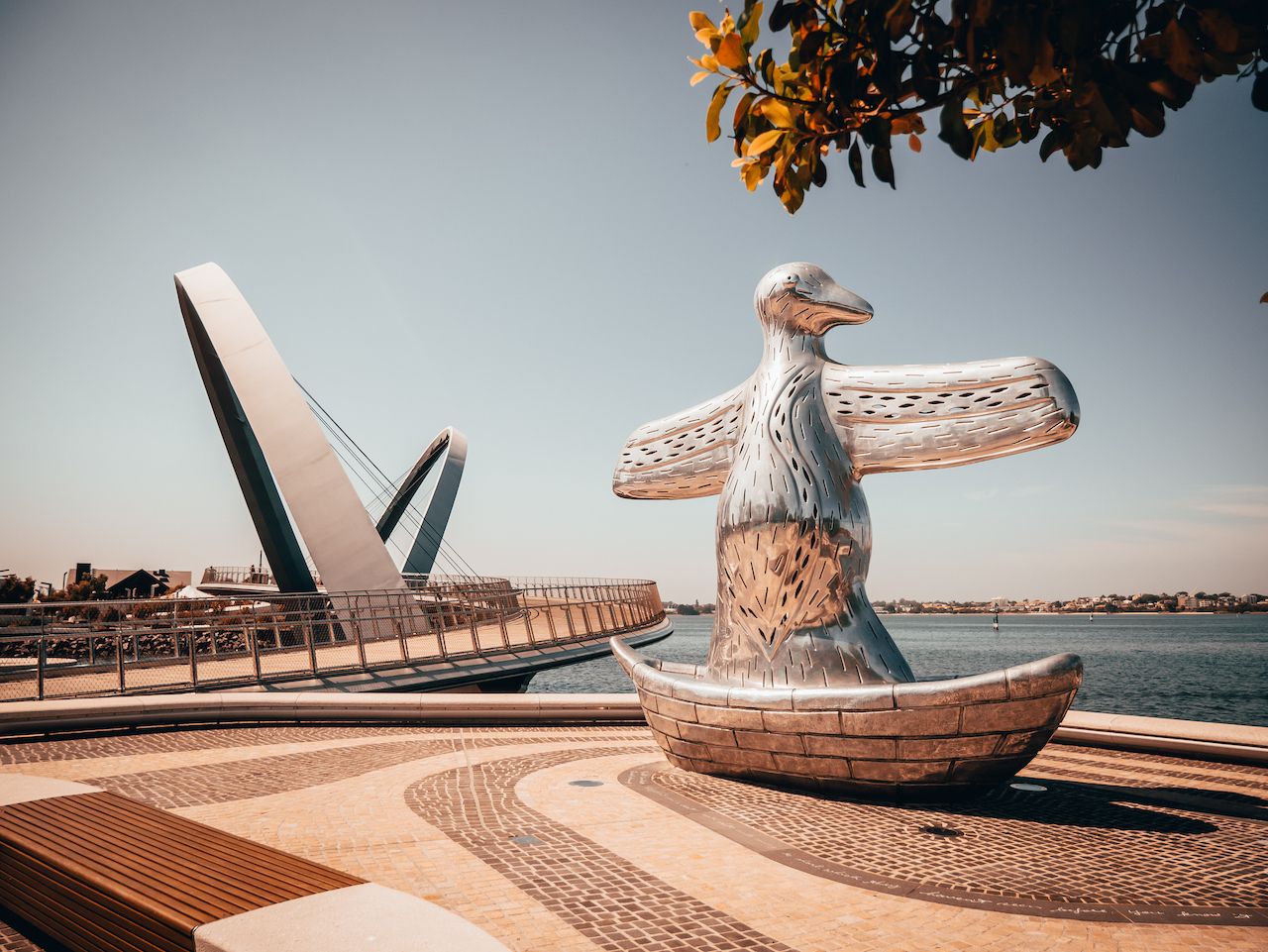 Perth is quite isolated from the rest of Australia and is actually closer to Asia than it is to Sydney. Australia’s major domestic airlines — Qantas, Virgin, and Jetstar — all regularly fly from the capital cities on the east coast. It’s about a four-hour flight east to west and about 3.5 hours west to east due to the pilots taking advantage of the jet stream that flows over Australia. Western Australia is in the same timezone as Tokyo and Hong Kong (GMT+8), so you gain three hours when flying from Melbourne or Sydney. International airlines also fly daily into the Perth Airport from all over the globe. The average flight time from the west coast of the US is about 20 hours, and from Hong Kong, it takes about seven hours.

Perth has become a hub for historical and cultural art 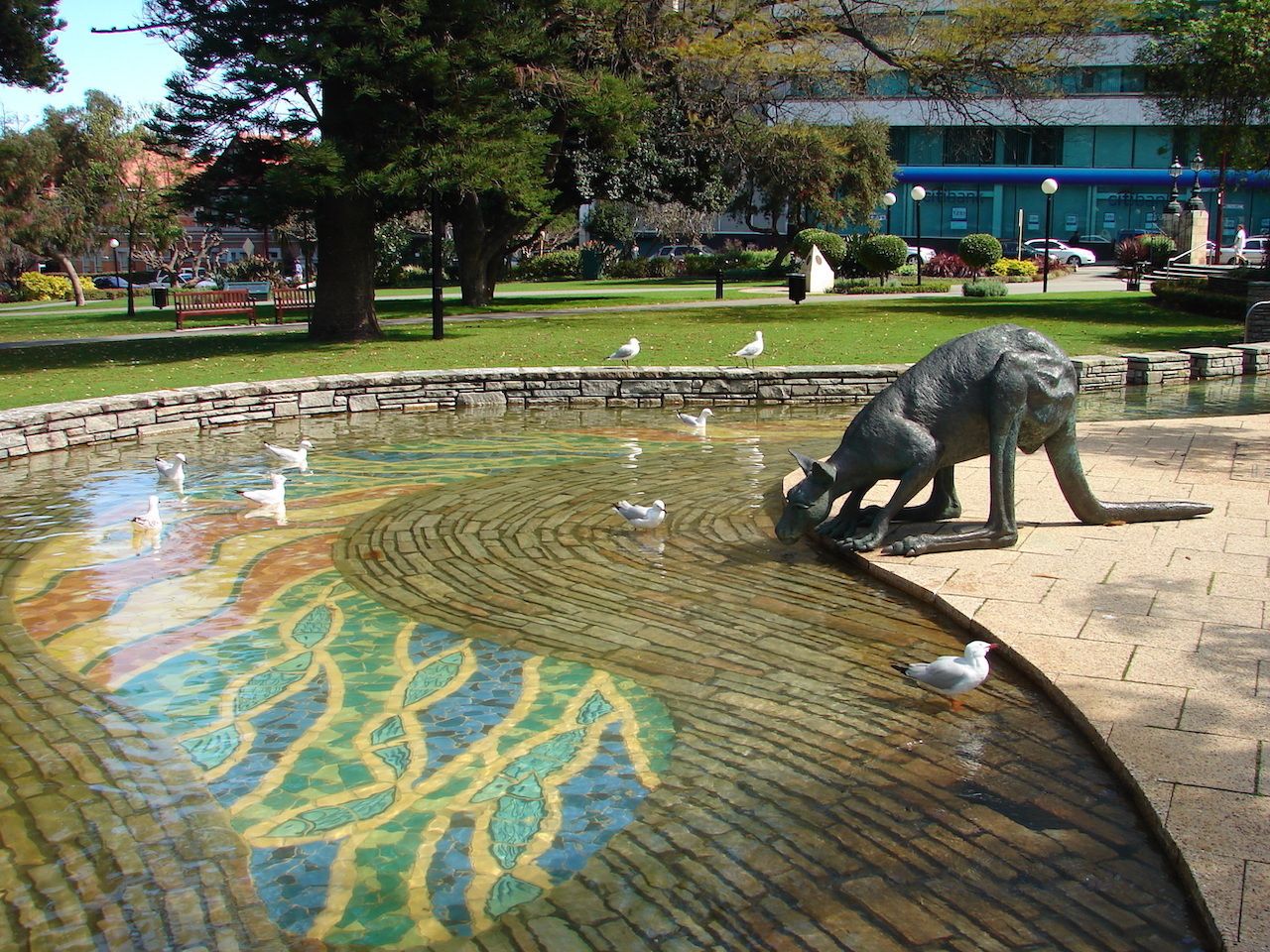 Perth CBD, as the city’s urban core is known to locals, vibrates with a variety of cultural attractions, but the Art Trails around the city are the real draw for visitors. Over 200 public artworks are on display across the CBD, each giving a small insight into the history of Perth and its identity. The trail starts right in the heart of downtown along the edge of the Swan River at Elizabeth Quay with sculptures and public artworks. Some are permanent murals, such as “Night Forest” on Yok, while others are a bit more nomadic, like the giant inflatable golden monkey that climbed its way up a downtown highrise in 2018. Among the most impressive paintings is “Kid Koala Playing God & Kangaroo,” a massive, kaleidoscopic koala on the side of the Forrest Place car park. Download the map and plan out your excursion over a beer at the Island Brew House. Allow at least an hour to explore the art walk. 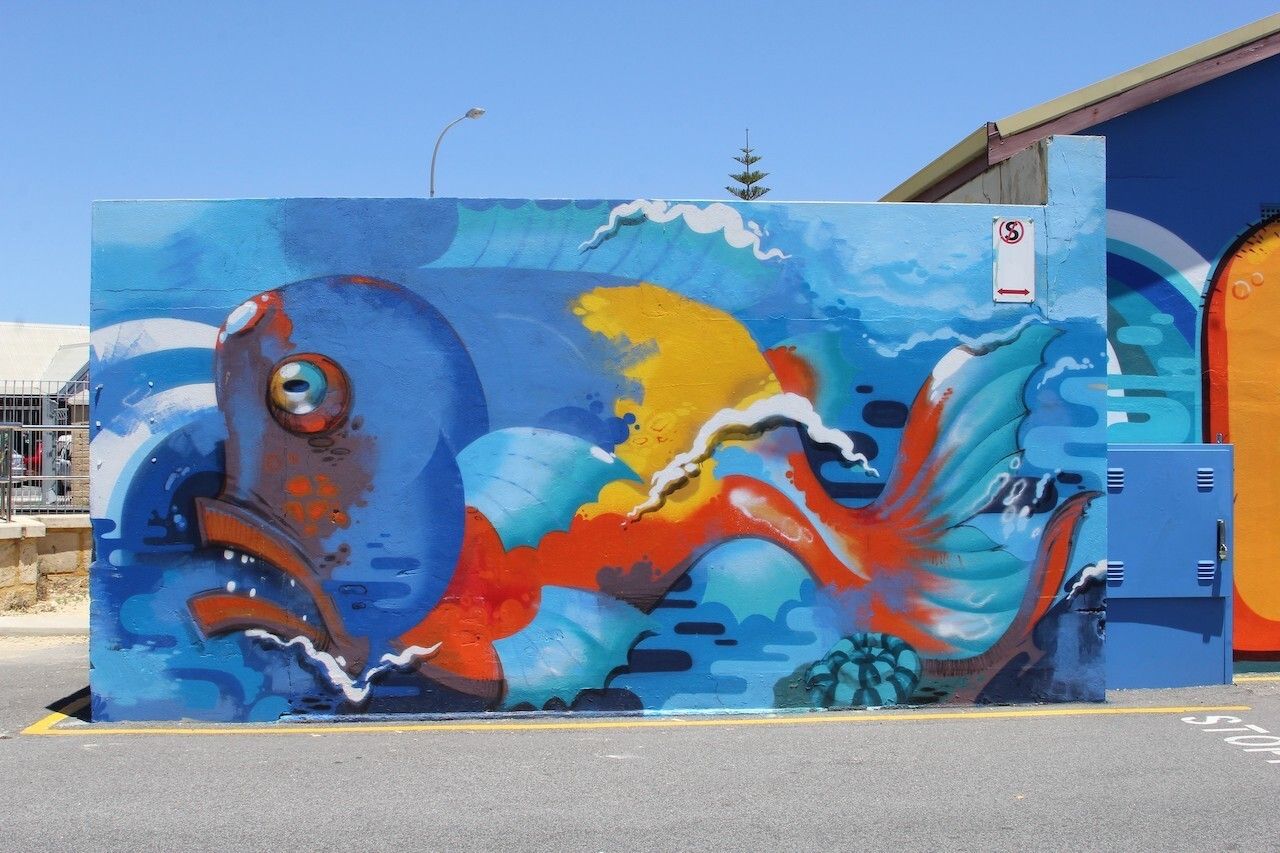 Any visit to Western Australia should also include indigenous art. The colors and patterns of aboriginal art are breathtaking and, in many cases, depict stories from the “Dreamtime.” Aboriginals believe everything was created during this period — rivers, mountains, and all lifeforms on Earth — by mysterious and supernatural spirits, and much of this is reflected in their art and drawings. Make an appointment to visit the Artitja Fine Art gallery at South Fremantle to experience this belief through large paintings. Creative Native offers aboriginal works for sale. To quell your wanderlust before you arrive, take an online tour before your trip with the web-only Aboriginart gallery.

The city’s arts and culture scene culminates in the annual Perth Festival during the Southern Hemisphere’s summer, which runs from December to February. Happening in February, and running for over 65 years, this event is the oldest arts festival in the Southern Hemisphere. It has grown to be the premier curated multi-arts festival in Australia with a reputation for commissioning a diverse collection of significant new works, both aboriginal and not, along with performance art for spectators. 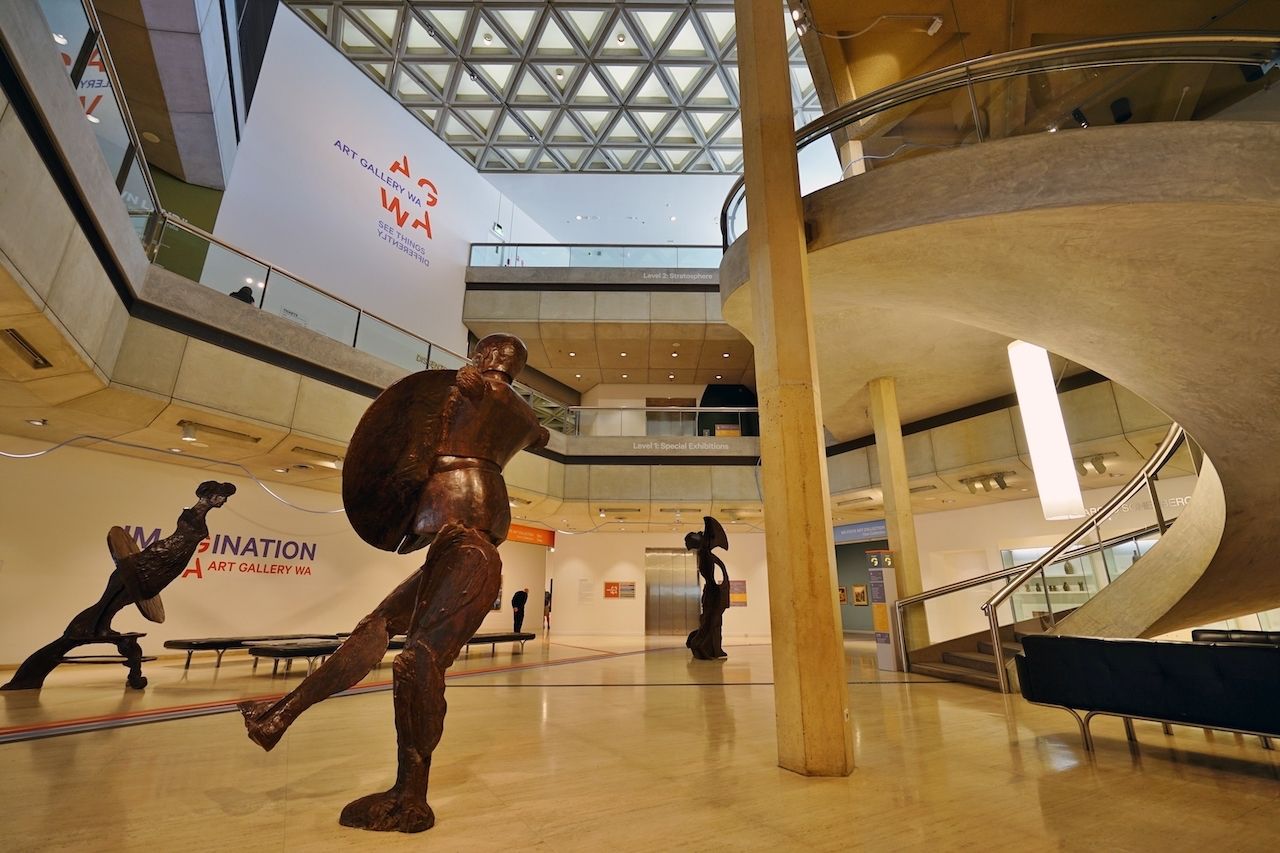 Northbridge is well known for its mix of entertainment and the arts, and it’s only a five-minute walk from the city center. Here, you’ll find the Perth Cultural Centre, home to the Art Gallery of Western Australia, Blue Room Theatre, State Theatre of Western Australia, and Perth Institute of Contemporary Art. Cruise the galleries, and if there’s a performance happening while you’re in town, you won’t regret catching it — shows range from theater productions to dance and musical performances.

Learn about the area’s port history in Fremantle 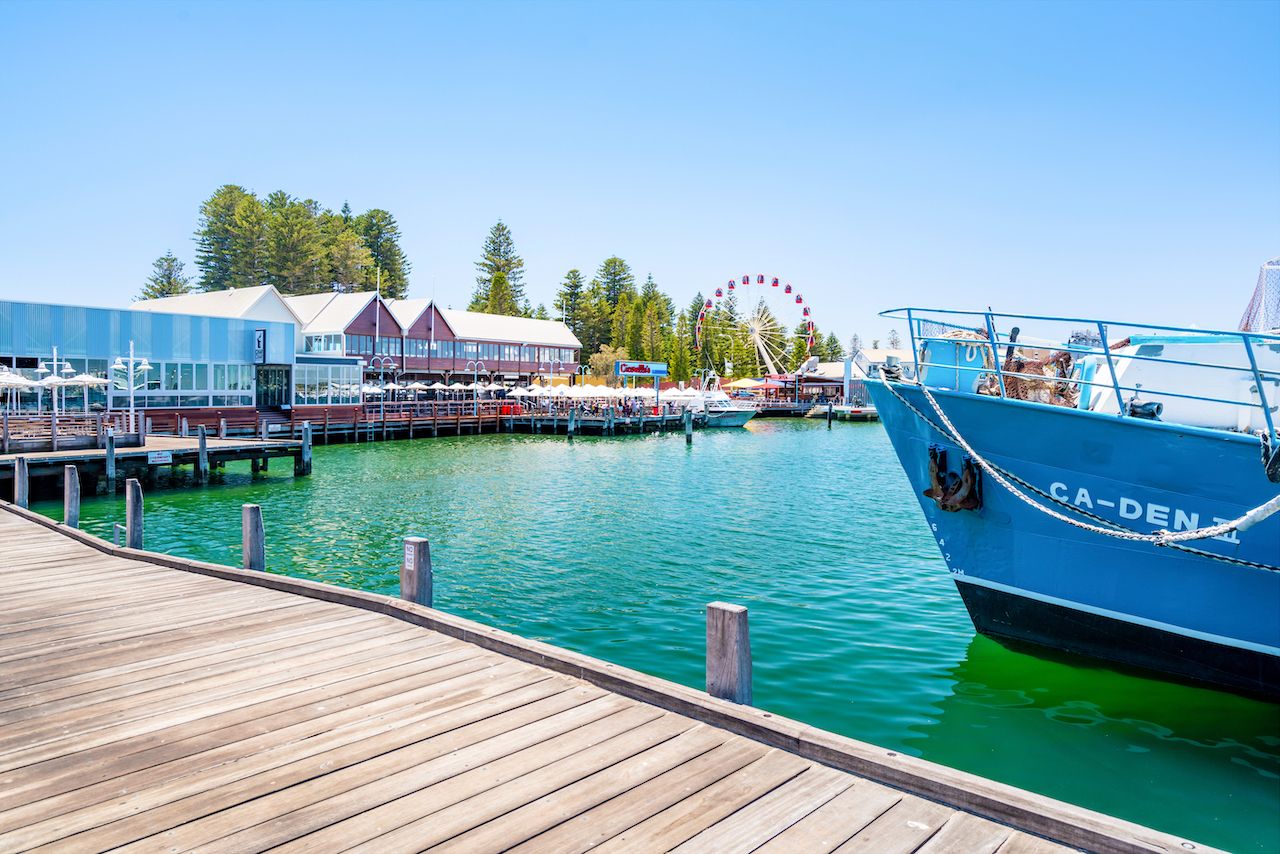 Fremantle, or Freo to locals, is a port town about 30 minutes south of downtown Perth. This is the hub for the area’s rich maritime history, renowned for its mix of art and music. Fremantle Markets, the area’s cultural hub, dates back to 1897. The markets and vendors are located in and around historic old port buildings, abounding with buskers and over 150 stalls and traders. The atmosphere is terrific and provides an excellent opportunity to find unique gifts, even if only for yourself. If in town on a Saturday in summer, try South Beach Sunset Market for really great food and atmosphere on the lawns just behind the beach. Freo is a comfortable place to get around on foot, by bike, or via the free Fremantle CAT bus. There is also the Fremantle Tram Tour or a variety of guided tours. The visitors center can help you with bookings and information, and you can also hire a bike from them.

Hit the Avon Valley for wildflowers, ballooning, and a night away 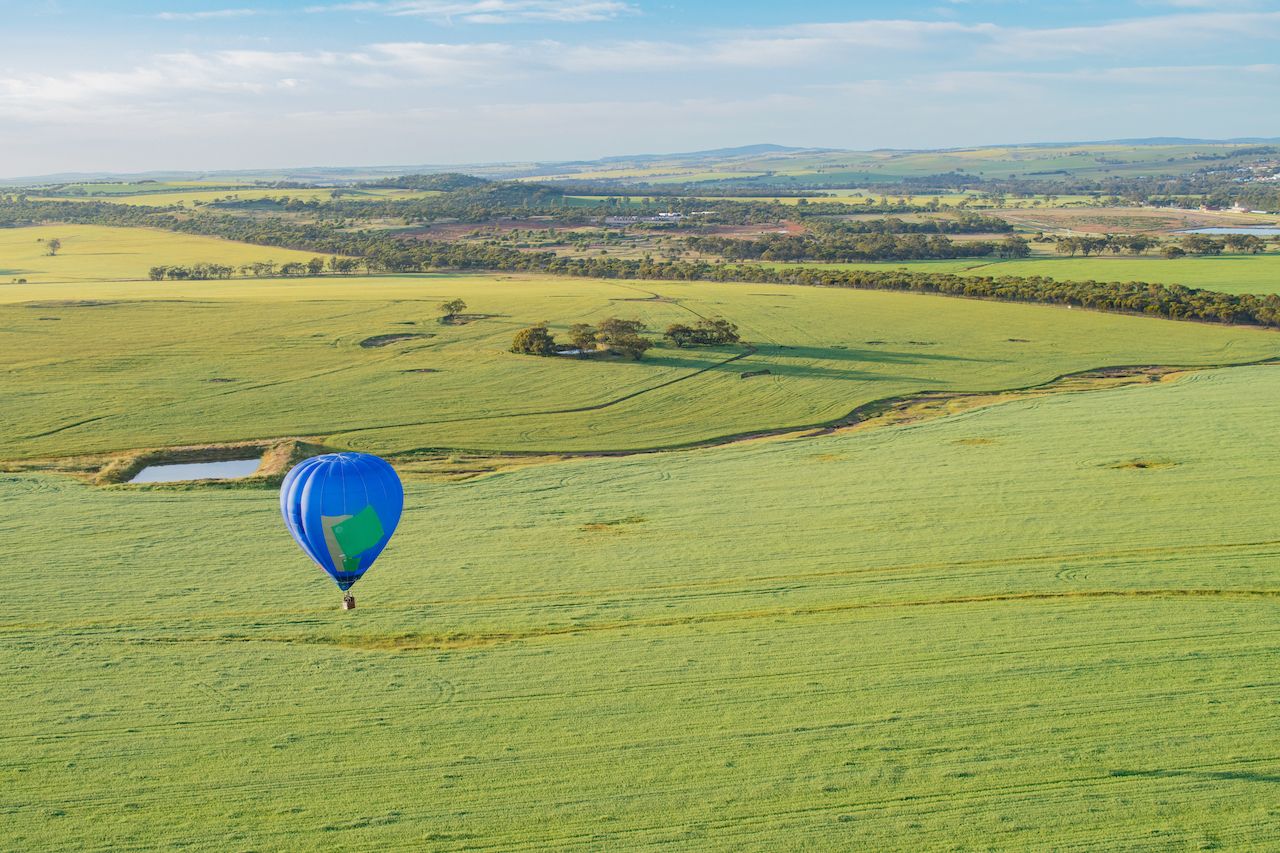 June through September is Western Australia’s wildflower season. The state is covered with vivid displays of everlastings, morning irises, starflower, and more, woven together into a web of colors so astounding that you could be forgiven for thinking you’d stepped into the Dutch countryside. Within the city, view wildflowers at Kings Park, a massive botanic garden. For something a little different, drive an hour northeast of Perth to Toodyay (pronounced too-jay). It’s famous for its displays of wildflowers beside the Avon River but is worth a trip even outside the wildflower season. Stop at the visitors center, where staff know precisely where each of the different wildflowers are in bloom and will send you in the right direction.

Aside from Toodyay, the entire Avon Valley has a lot to offer those looking for a day in the country, only an hour’s drive from Perth. Local towns provide heaps of events at different times of the year — antique fairs, farmers’ markets, and flower shows are the top draws, with most happening in summer and the shoulder weeks on either side of it. To spice up the trip a little, the area is well known for its hot-air ballooning and skydiving. The valley is also a great place to spend a few days relaxing in artsy homestay-style lodging. Accommodations in a traditional Aussie country pub range from $30 to $190 while farm stays fall between $150 and $300. The area’s tourism bureau serves as a central portal for lodging listings and reservations, acting as a sort of “local’s Airbnb” for these small, family-run properties.

A day in the life of an expat in Perth, Australia