It may have something to do with the fact that its best surf spots are hard to get to — or that the water is cold, or that people equate it more with mountainous Inca trails — but when surfers are planning their trips, Peru doesn’t often come to mind.

But look at a map and you’ll see a coastline longer than the US’s entire west coast. From the capital to distant fishing villages, Peru has gentle rollers, Pacific monsters, and every type of wave in between. While Peru is not on most surfers’ radar yet, it’s bound to be soon. Here’s why it’s the most underrated surfing destination we know.

1. Peru has the longest left-hand wave in the world. 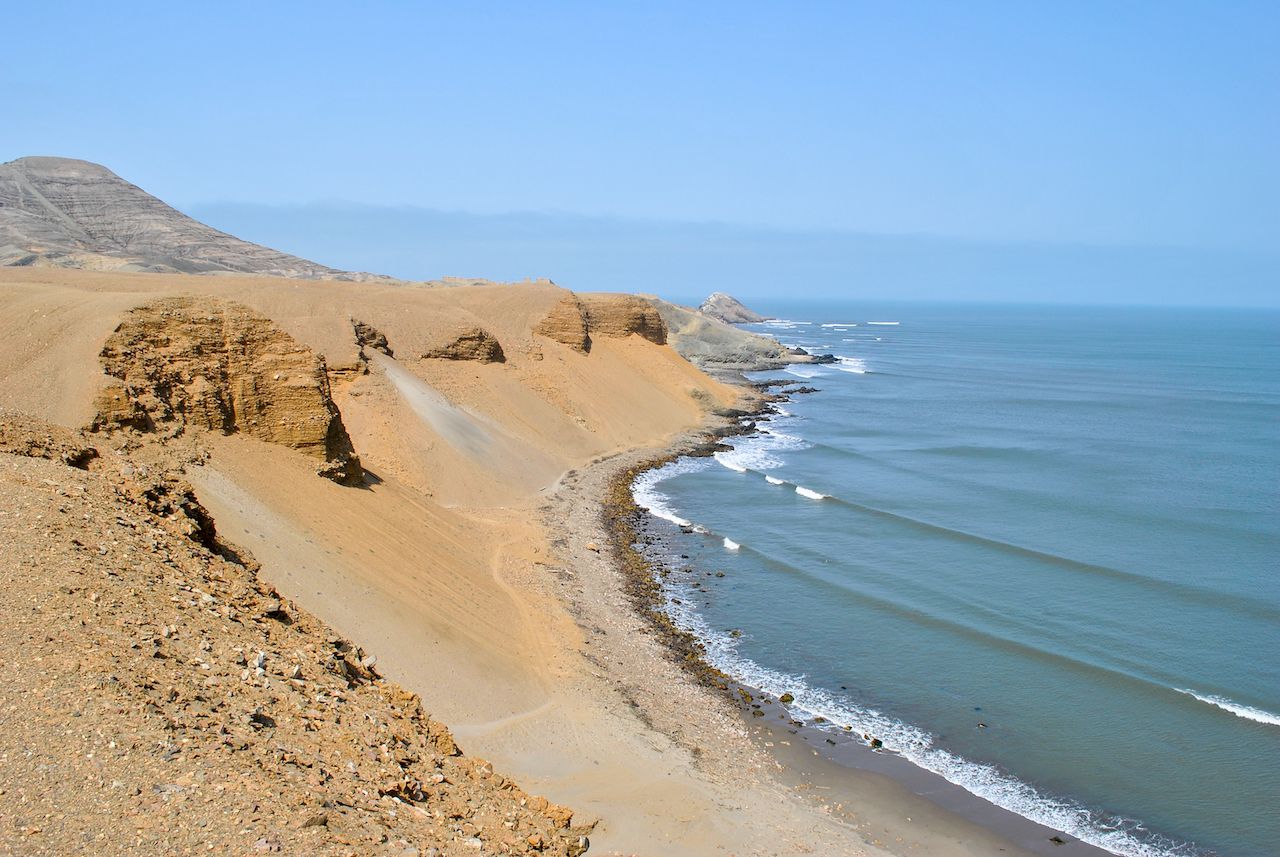 Chicama, the one spot in Peru all diehard surfers have heard about, is a surf break by the nondescript fishing village of Puerto Malabrigo in northwest Peru. It’s at the top of the cold Humboldt current that flows north from Antarctica. The current is so cold it rarely produces rain clouds, making the coast here one of the driest places on Earth. Over millennia, the northbound swell and wind have eroded the dusty landscape into miles and miles of barren cliffs.

When that swell hits the shallow waters near Chicama, it turns into a wave so long you can’t see the whole thing from the beach as it wraps around behind each bend in the escarpment. You can see it by boat, though, which is really the only way to surf it, since paddling back out to the line up would take an hour. During low tide, you can walk most of the way, but why not spend $20 to hire a captain and boat for a two-hour session? The money spent will pay for itself in waves ridden.

In 2015, Peruvian surfer Cristobal del Col set a world record of 34 carved turns on one wave, about 10 times as many as you could get on most waves. It’s true that Chicama’s four separate sections don’t connect all the way through unless you have at least a six-foot swell, but even when they don’t connect, you’ve still got one heck of a long ride.

2. And plenty more waves than that — like Máncora up north. 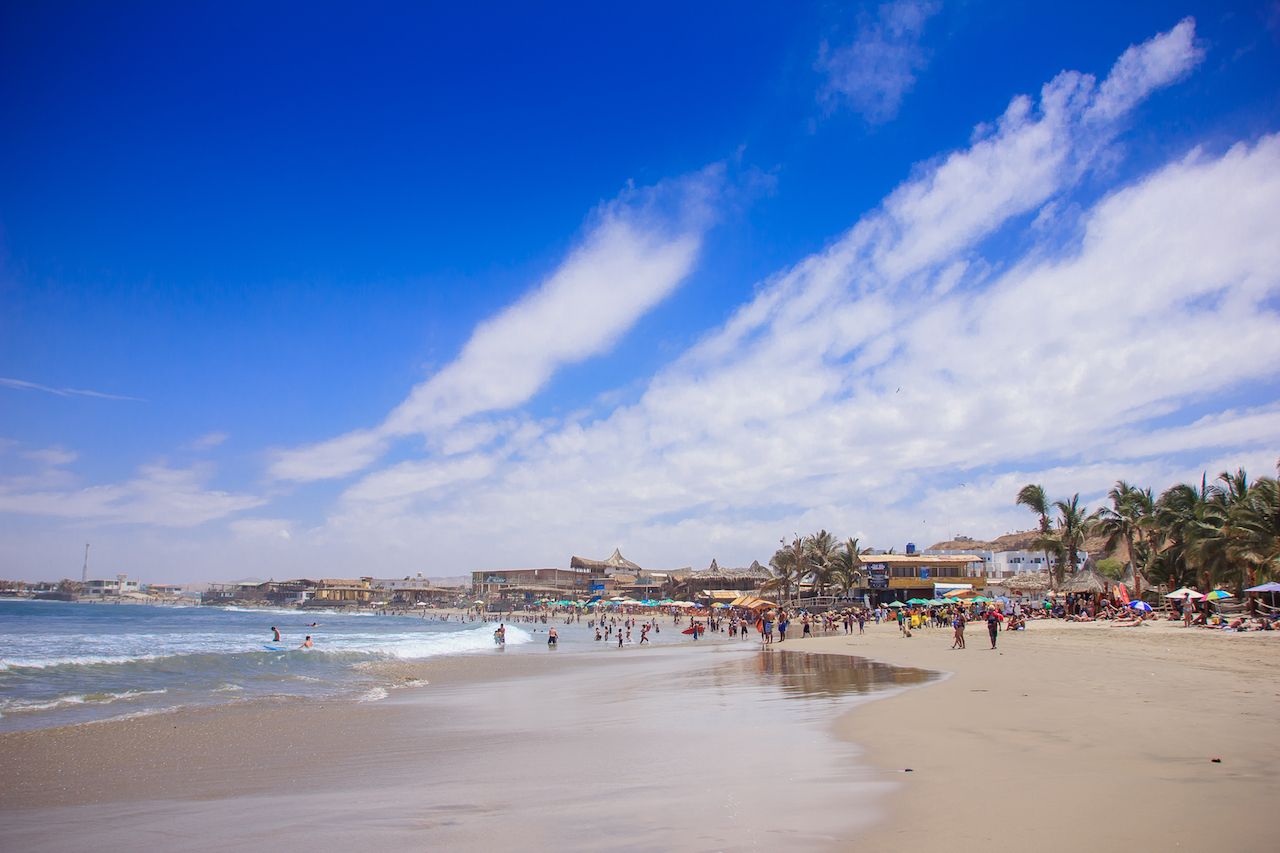 Chicama is just one part of the Peruvian surf scene. North of Chicama, the shoreline is pocked with coves and points holding reefs and beach breaks that tempt surfers with everything from easy breakers to steep, fast crests.

Near the Ecuador border, Máncora feels like a classic beach town with loud nightclubs, a few restaurants, petite boutique accommodations, and a main street teeming with tuk-tuks, those motorcycle-rickshaw hybrids imported from Thailand. The town’s main beach has a chill left-hand wave that’s popular with longboarders.

3. It has surf breaks near Lima, too. 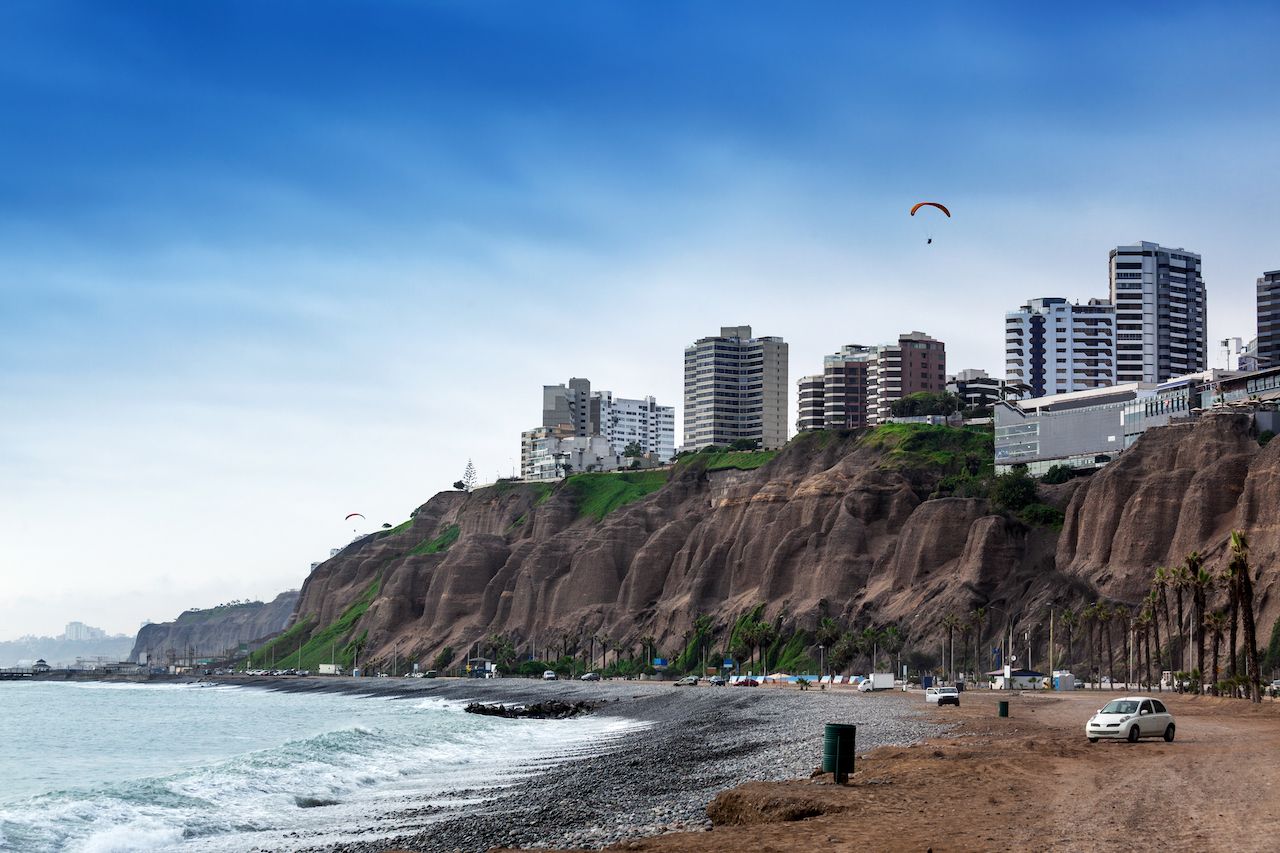 The streets of Peru’s capital city are so congested that the ten-mile drive from the airport to the leafy neighborhoods of Miraflores and Barranco can take over an hour. But those neighborhoods border cliffs that look down on a vast ocean streaked with lines, which surge and break into consistent waves when they reach the shore. Surfers carve up those waves at multiple surf spots. Miraflores is the best-known spot among them, complete with board rental kiosks and all the surf accoutrements you’d expect on a tropical isle, not a city of 10 million residents.

The waves here aren’t all lefts, either. Pico Alto, literally “tall peak” in Spanish, is Lima’s top spot for colossal waves, and the rights on it outshine the lefts. An hour-plus drive south of Lima is Punta Hermosa, a former fishing village that is now a summer vacation spot. A huge rock mound in between two beaches pushes the waves in left- and rightward directions. Beyond that, you’ve got San Bartolo, a C-shaped cove lined with inexpensive summer apartment rentals. Surfers use a big rock jetty jutting into the water to access the take-off points on either side.

4. The waves are uncrowded. 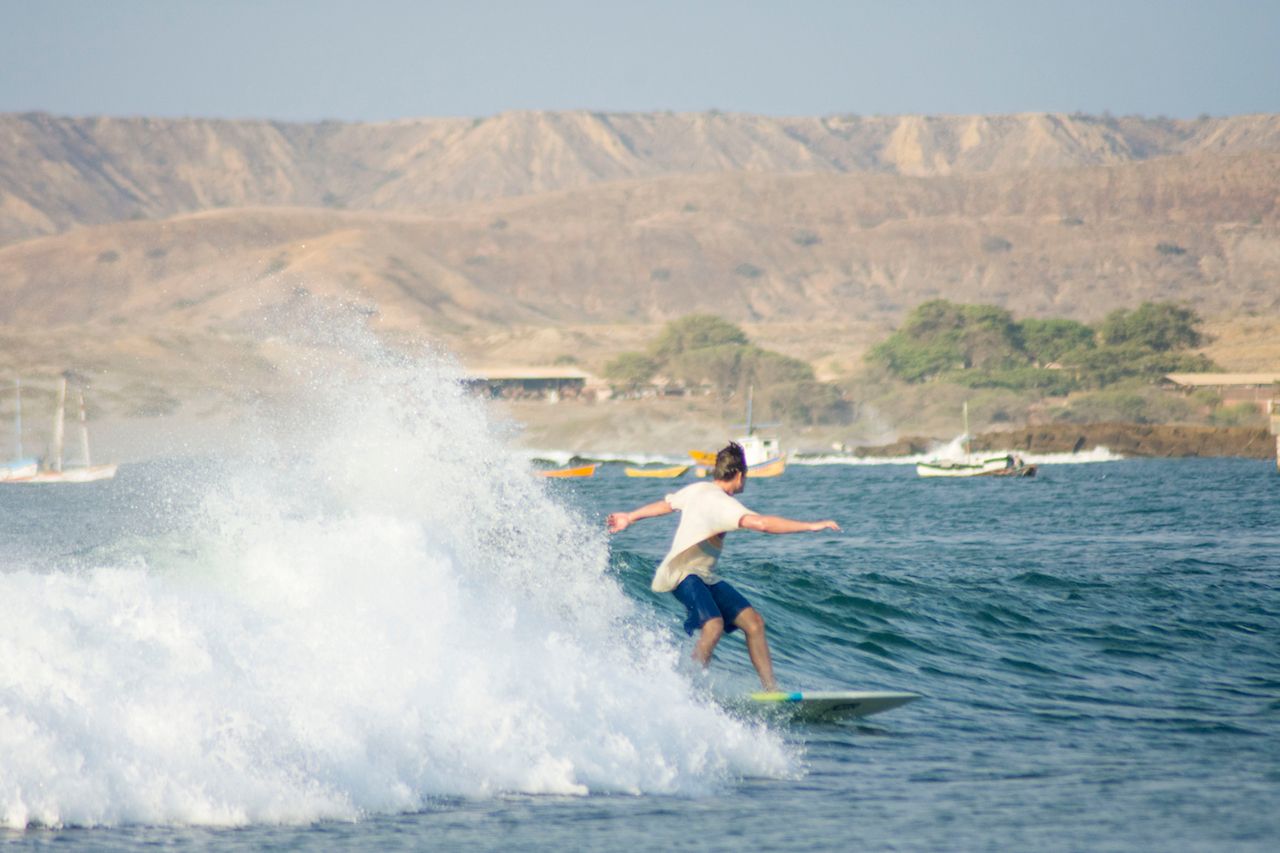 There are plenty of other surf spots in Peru, but one thing they all have in common is how blissfully uncrowded they can be. On a May visit to Peru’s surf locales, one of the most remarkable things is the lack of people. Driving a van onto the beach at Lobitos and finding literally no one else on the sand is an unusual experience, and an awesome one at that.

Near to Piscinas, you’ll be happy to find a lone concrete building amid the cacti and brush. The building, painted with a groovy mural, holds a restaurant serving up tasty veggie burgers (lentil or quinoa, but they also have beef) with slabs of avocado on toasted bread, prepared by the long-haired expats who temporarily call this place home.

Even at busy Máncora, you can avoid the crowds on a Saturday morning. Get in the water by 6:00 AM, something Hawaiian surfers do every day, and you’ve got yourself a good hour and a half before any locals show up. Then grab a strong cup of coffee and some eggs at Giovanni’s, a no-frills hotel right in front of the break.

5. Peru has produced world-class surfers, and some of them are women. 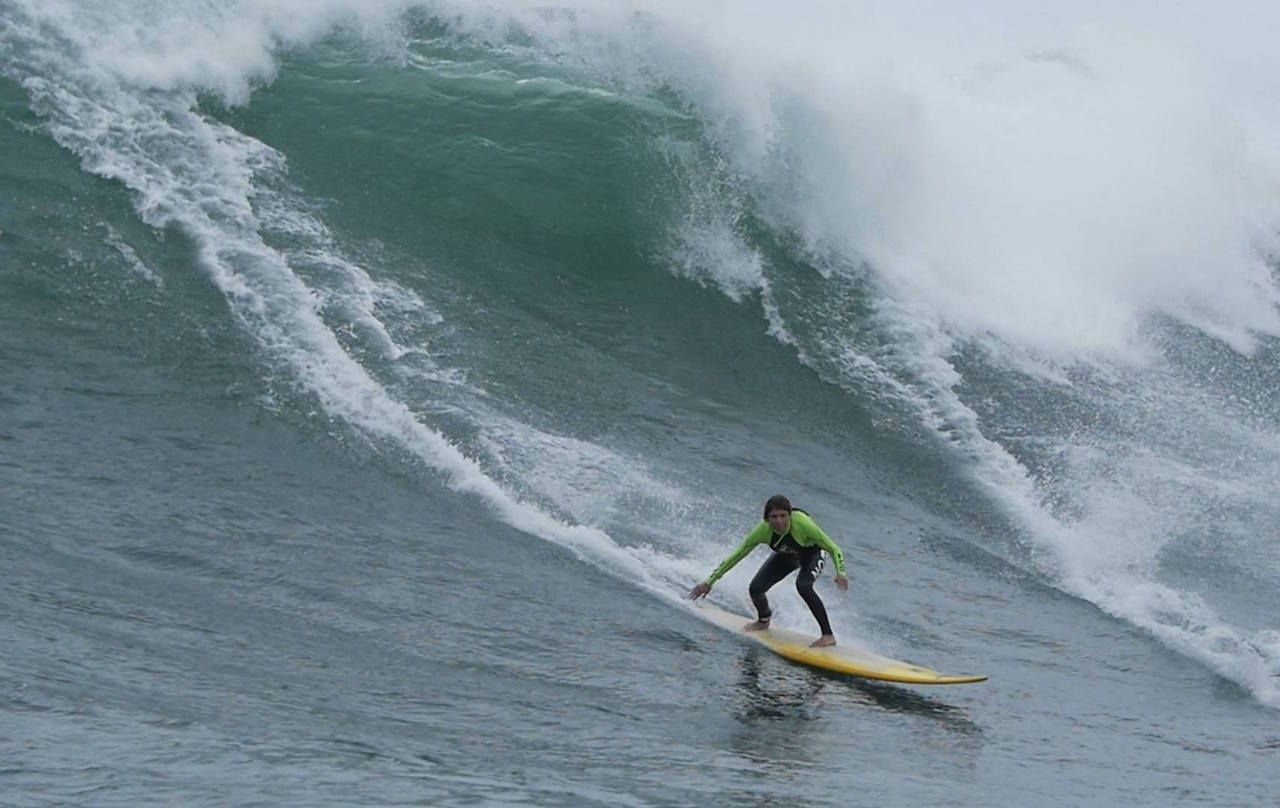 Given how many Peruvians live so close to incredible surfing (after all, Lima holds nearly a third of the nation’s residents) it’s no surprise the country has produced world-class surfers who compete on the international scene — among them Cristobal del Col, the surfer who made 34 turns on Chicama.

In 2004, Sofía Mulánovich became the first Peruvian, and South American, surfer to ever win the World Surf League World Championship tour. The Punta Hermosa native is the first South American, of either sex, inducted into the Surfers’ Hall of Fame.

6. Peru’s surf scene is one of the chillest in the world. 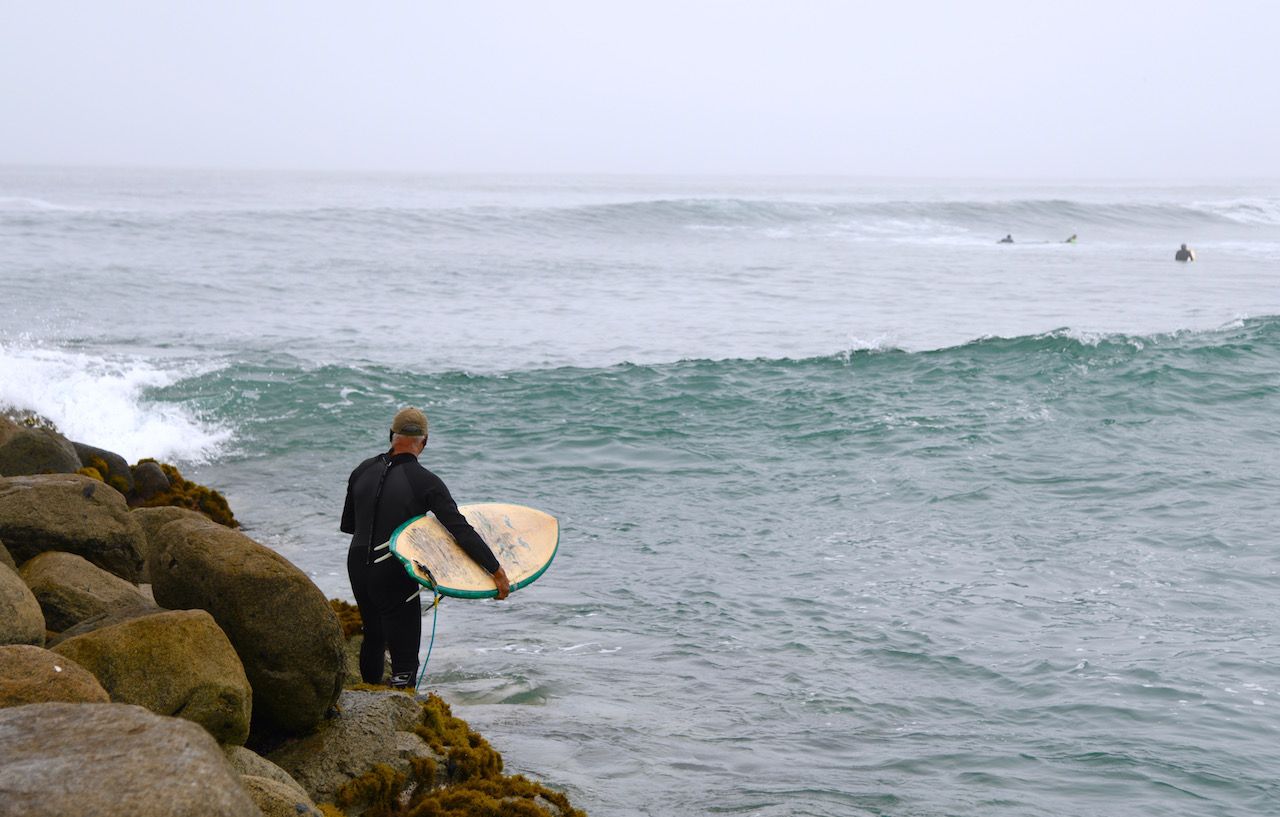 The surf scene spans different age ranges, too. At San Bartolo on a foggy weekday morning, grey-haired codgers will paddle out on longish, but still short, boards. At the Máncora’s beach break on a Friday evening, you’ll see as many pre-teen girls in the water ripping it up on shortboards as boys. And they’re into it. The sun may have set, each wave barely discernible in the distance, but you might find two energetic girls still in the water, holding out through the last possible glints of light, so they can get just one more wave.

7. The water isn’t really that cold. 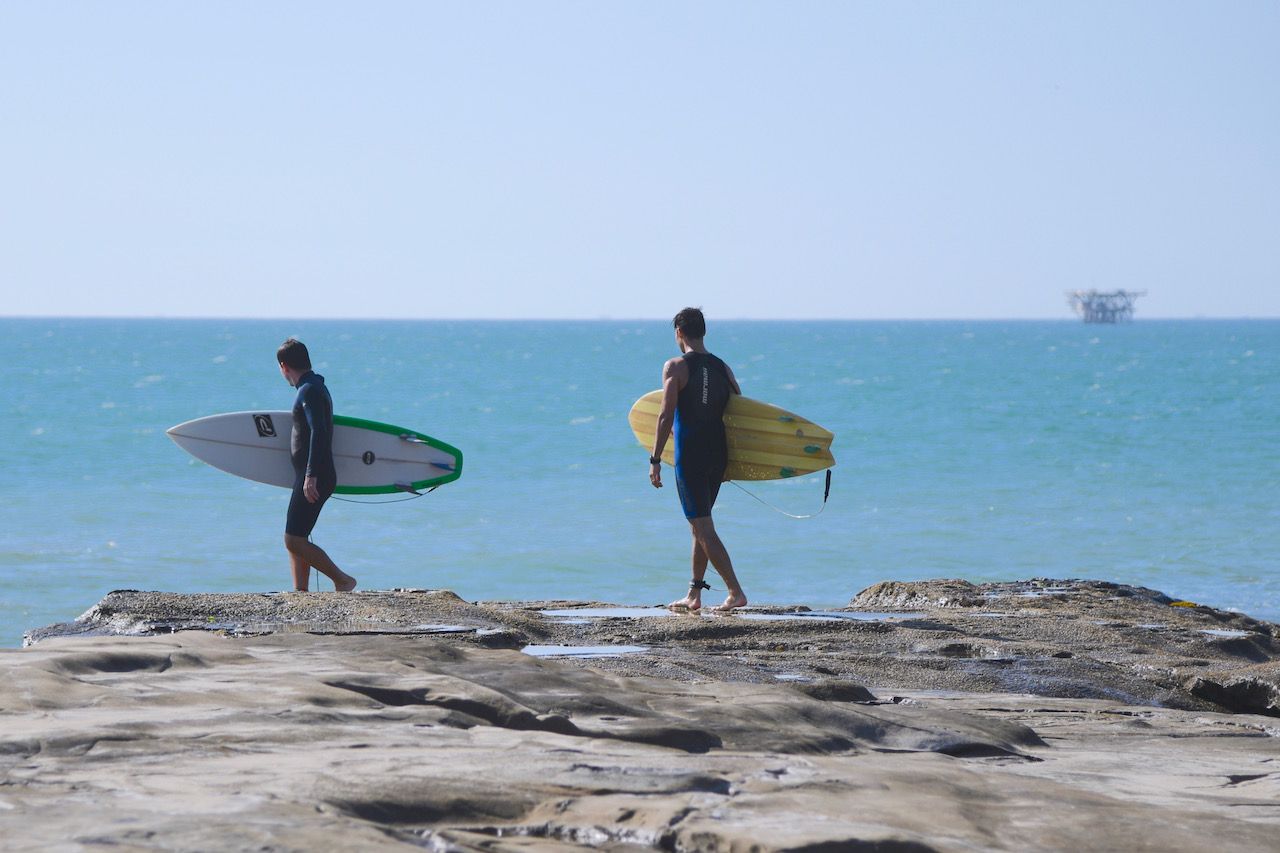 It all depends on your expectations. Sure, you need to wear a full wetsuit along much of the Peruvian coastline, but a 3/2 mm thickness will suffice most of the year. If you’re coming from Northern California, where a 4/3 is a must, the 3/2 feels positively liberating.

Also, 200 miles north of Chicama, the continent bends and the Humboldt current meets up with the Panama current, where the water is a whole lot warmer. By the time you reach Lobitos or Máncora, you’ll be wearing a spring suit or even, at the height of summer, no neoprene at all.

Máncora also has more vegetation, a result of the warmer ocean current. Even though a massive El Niño storm caused severe damage a while back, the area still doesn’t get a lot of rain, another bonus if you’re planning a surf trip. The likelihood of getting rained out anywhere on Peru’s coast is crazy low. In fact, Lima gets so little rain that city streets have no drainage system at all.

8. It has good food and good booze. 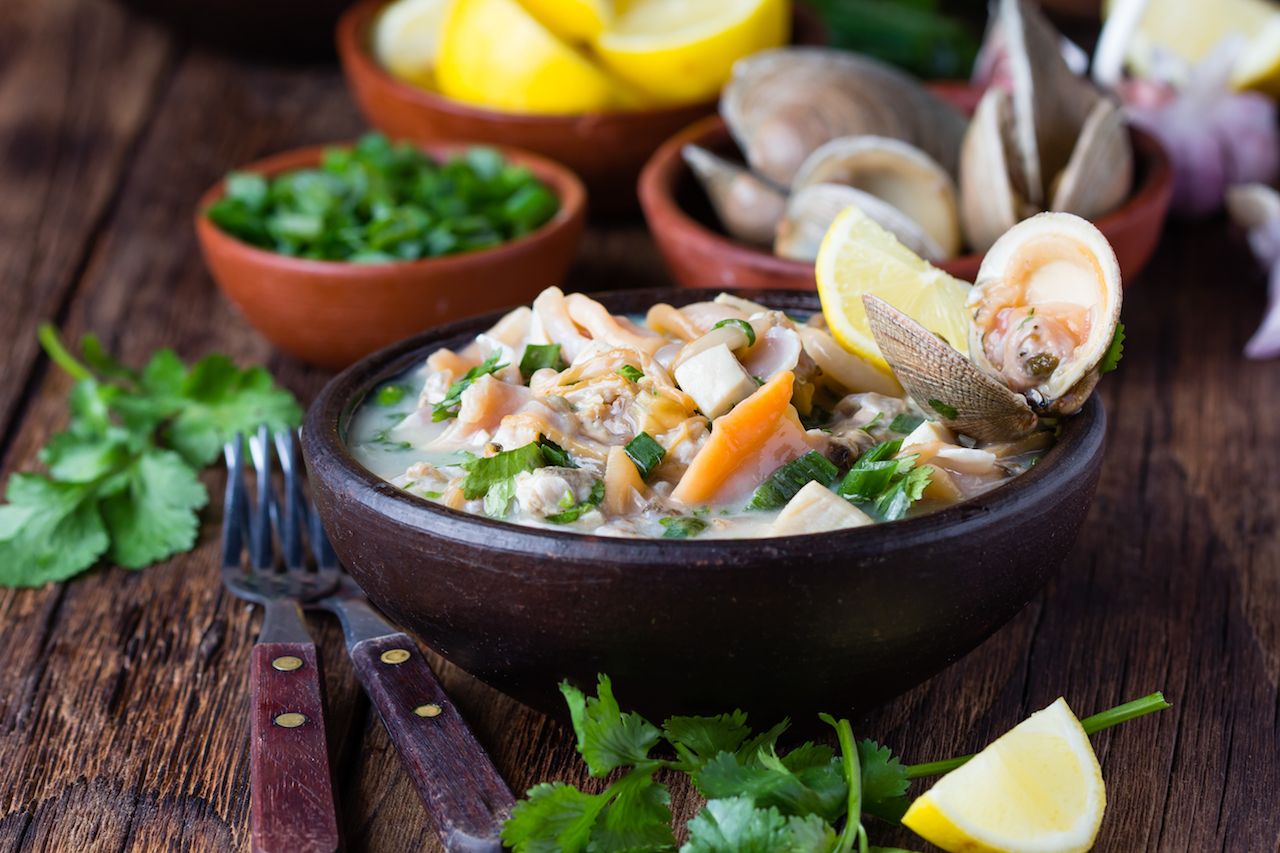 At dawn and dusk in Máncora, you can sit on your surfboard and watch dozens of thin silver fish called lisas leap up to 18 inches out of the water to catch tiny insects. Unlike surf spots in Indonesia where waters are tragically overfished, northern Peru’s seas still teem with sea creatures, and beachside restaurants find plenty of ways to prepare them. The seafood stews are rich and filling, as are the causas, which are like mashed potato pies filled with tuna, chicken, or other goodies. And, of course, there’s ceviche. Even if you’re vegetarian, mushroom ceviches have all the zesty flavors of the original.

Let’s not forget Peru’s firewater, pisco, and tangy pisco sours with their velvety heads of whipped egg whites, as well as the plenty of other pisco drinks you can sip on. Even Peru’s local beers are a cut above your ordinary brew. When you’re sitting in the hot tub at your Chicama hotel after a day in the water, just you and some of the many Brazilians who’ve discovered Peru’s surf charms, a cold cerveza Cusqueña goes down well.

9. The country is simply fascinating. 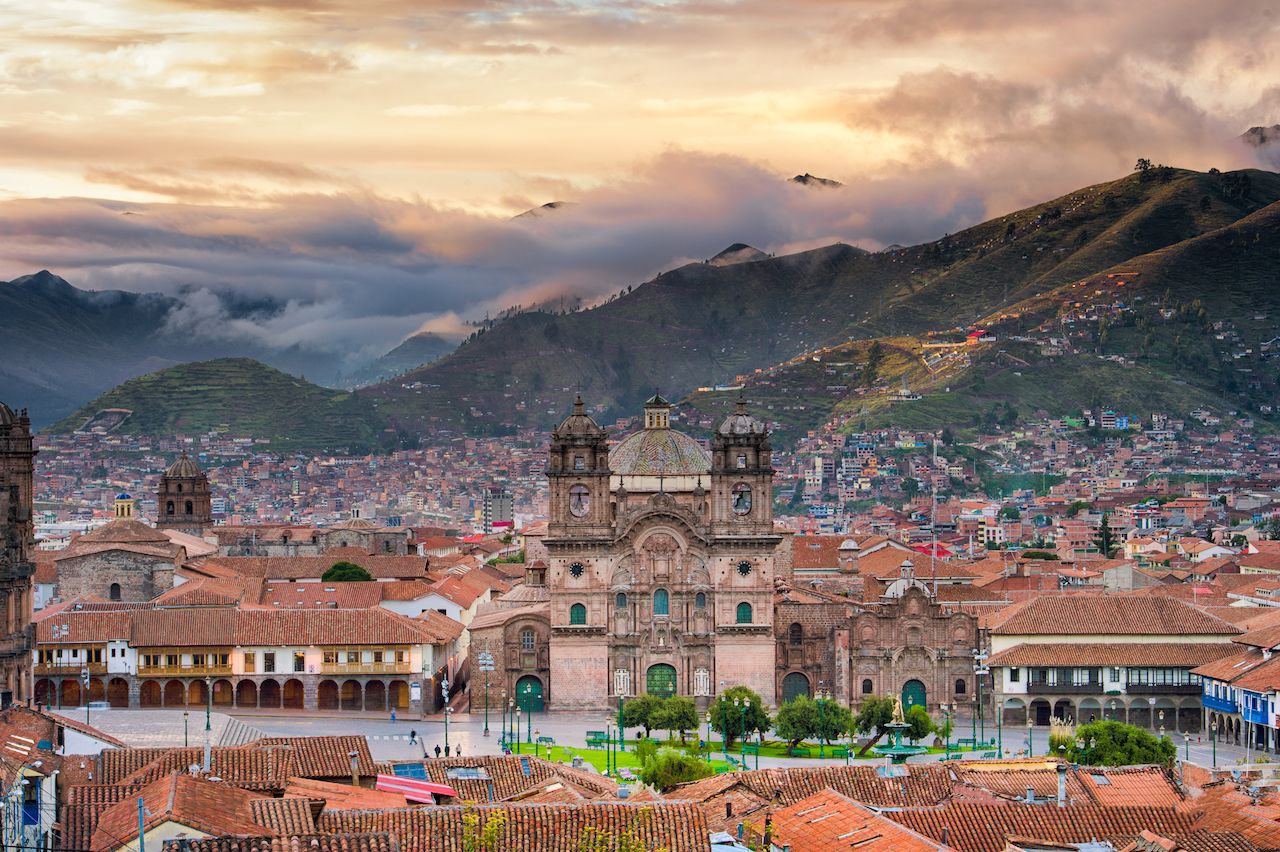 There are a whole lot more reasons Peru’s surf scene is begging to be discovered, but one that stands out is the country itself. It’s a fascinating place with thousands of years of culture and history, and we can’t get over how incredibly welcoming its residents are. If you can get off the beach at all, stroll the streets of Lima’s hip Barranco neighborhood or visit the city’s pre-Inca museum. Better yet, take a few days to discover Cusco, a grandiose 16th-century Spanish city built atop structures from the Incan Empire. From there, take the train to Machu Picchu, which — crowded or not — is a magical place, as awe-inspiring and powerful as any Pacific wave.

SurfingThe Coolest Female Surf Communities Around the World
Tagged
Surfing Peru
What did you think of this story?
Meh
Good
Awesome