Twelve years ago, I stood in the middle of an orchard that looked more like a jungle. I stared at long rows of aging coffee trees surrounded by a tangle of vines and tall weeds and relished the chance to help revive a piece of culinary history. My wife and I had just purchased this neglected plantation in the highlands of Cavite, some 30 miles south of Manila in the Philippines, with only the most basic knowledge of farming. Despite our unlikely backgrounds (I’m a photojournalist and she’s an IT consultant), this was the first step in our dream of owning a coffee farm.

There was much to do before this wish was fulfilled. Aside from its wayward state, the plantation was comprised of robusta trees, which produced beans that were most suitable for instant coffee – not quite the type of beverage we had in mind. We also weren’t interested in growing arabica, another popular variety preferred by discerning coffee drinkers. Instead, we wanted to farm a more rare variety called kapeng barako.

I’d heard of the coffee many times even back then, but had tried it only once at an old farmer’s home. I remember being blown away by its distinct aroma and full body, the slightly acidic flavor, the fruity, wine-like notes, and that oh-so-delectable hint of caramel. I’ve been a coffee drinker long enough to know a Burmese Ywangan from a Kenyan Volcanica, but my country’s own native coffee was unlike any I’d ever tasted. 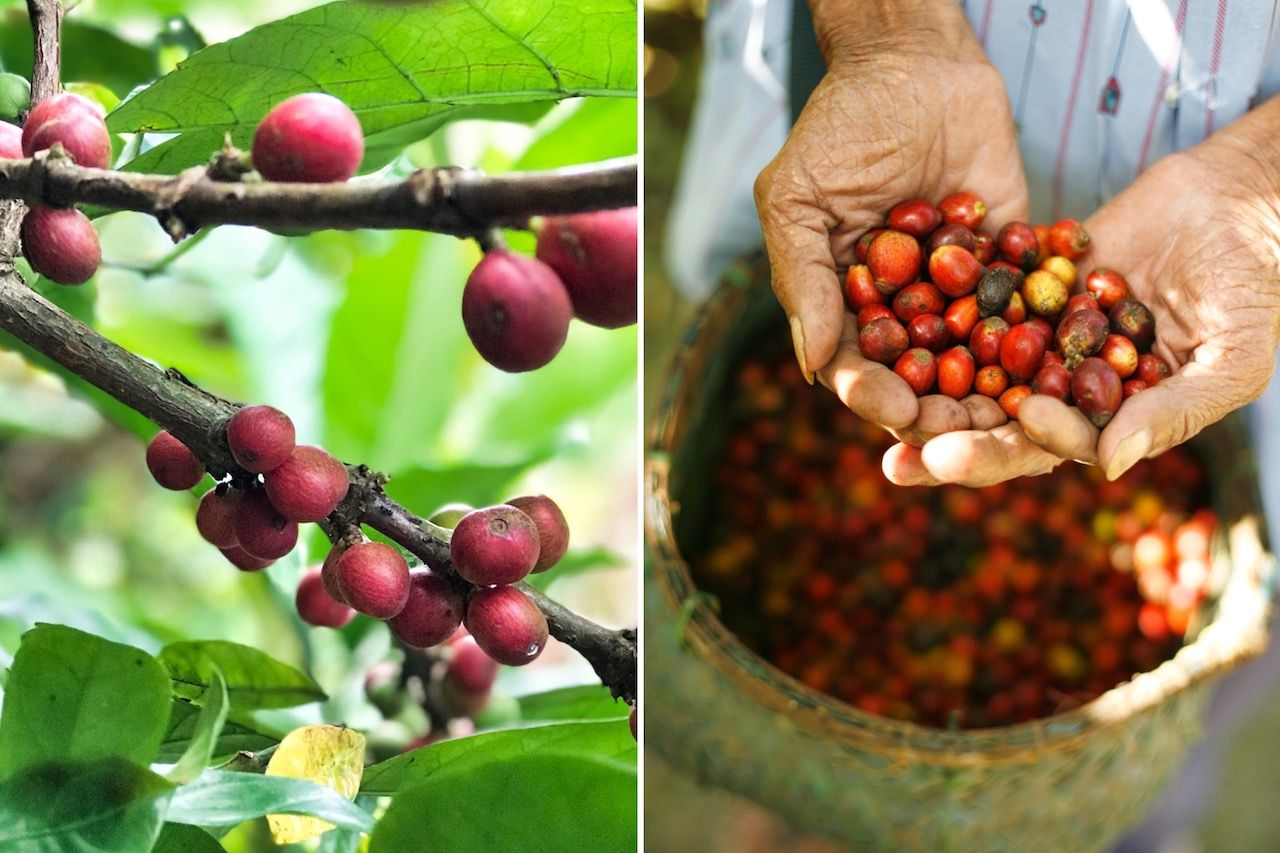 Known scientifically as Coffea liberica, kapeng barako was once synonymous with Philippine coffee. Local history tells of how Spanish friars first planted these trees on church courtyards in the 1700s. After a worldwide outbreak of coffee rust disease decimated arabica plantations in the late 1800’s, coffea liberica, with its smaller output but hardier genes, became the standard coffee crop in the Philippines.

To this day, old-timers talk about how kapeng barako was part of everyday life. In the mornings it was mixed with sugar and leftover rice into something resembling a breakfast porridge. After lunch it was a post-meal delight with sweet muscovado sugar, while later in the afternoon it was the perfect companion to suman rice cakes or freshly-baked pan de sal bread. 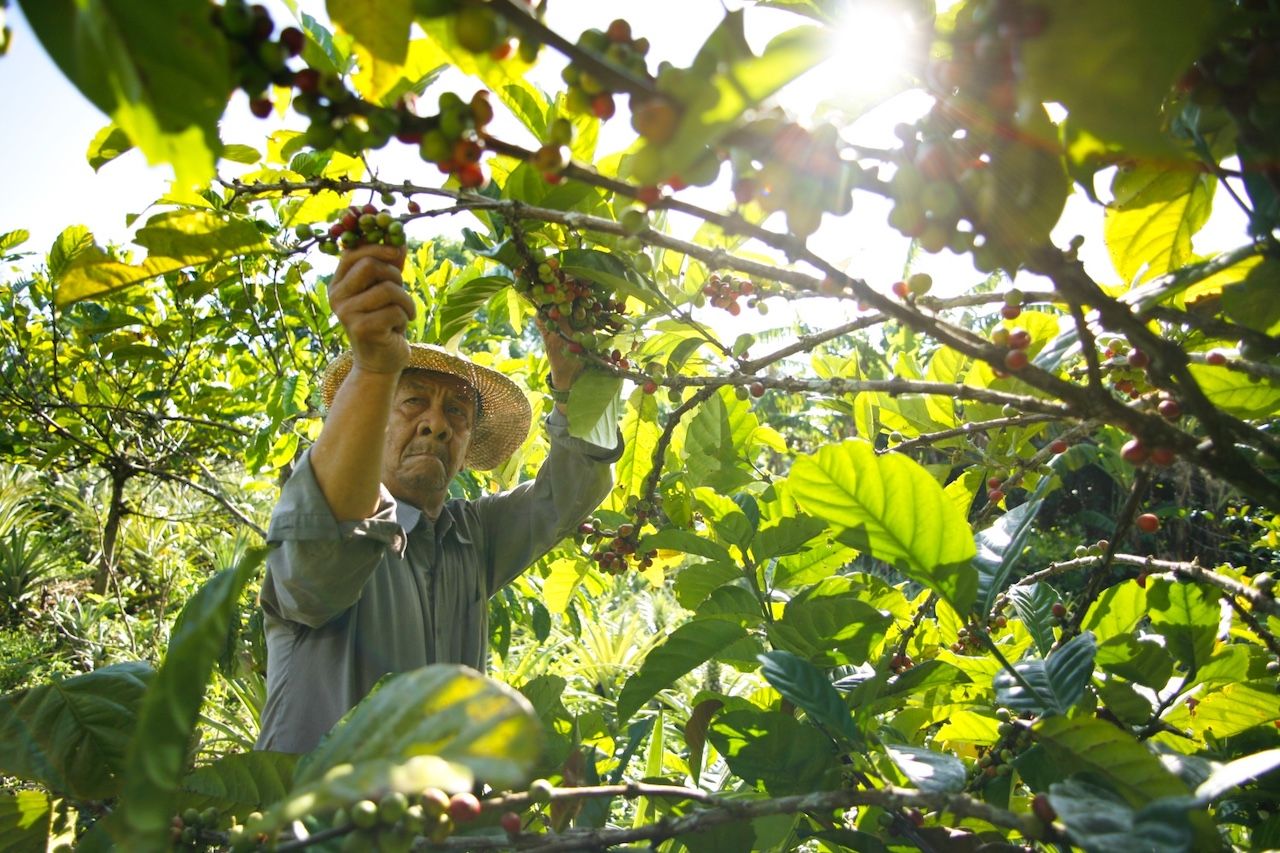 Kapeng barako dominated local dining tables until the 1960s, when instant coffee producers like Nescafe began promoting the robusta variety to farmers. Lured by robusta’s larger output — and the fact that there was a guaranteed buyer for the beans — plantation owners quickly replaced their liberica trees with robusta. Customers, too, learned to regard instant coffee as – God have mercy on their souls – the beverage for modern coffee drinkers. Things were so bad for kapeng barako that by the time we started our farm in 2010, it was almost impossible to buy the trees in bulk. Thankfully, we managed to source seedlings from a local university to replace the aging robusta trees on our land.

I fondly recall our first major harvest, some 5 years after we planted the crops. My excitement at seeing the sacks of ripe liberica cherries was matched only by the satisfaction of cupping our first roast. It was a sweet, flavorful cup when medium-roasted and brewed on a French press. It also made for a delightfully bright espresso. A medium-dark roast, on the other hand, released a boldness that justified its reputation as the pick-me-up drink of the hardworking masses. Those fruity, caramelly notes, the distinct, full-bodied kapeng barako flavor that caressed the palate — it was all there, and just as delicious as when I first sampled this truly unique coffee. 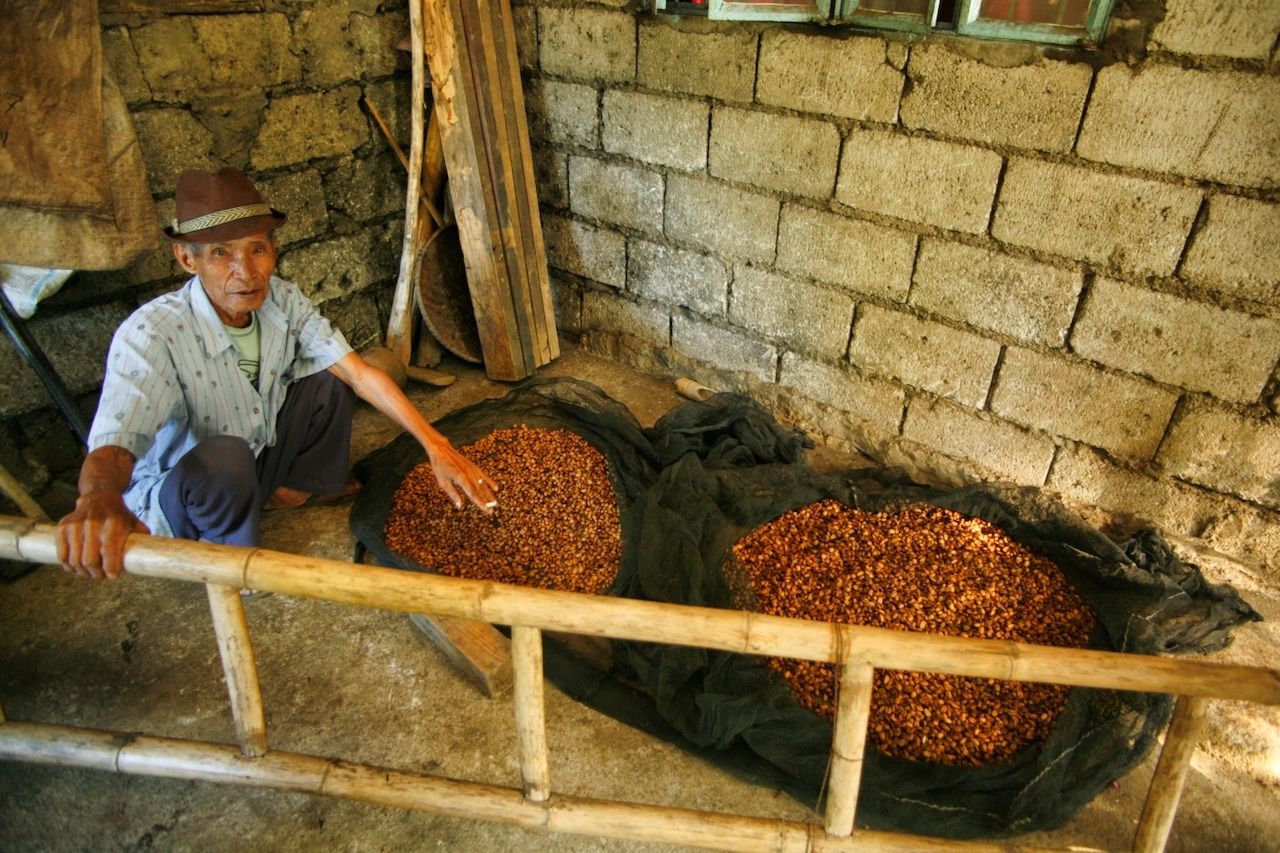 These days, kapeng barako remains somewhat of a fringe item, but it has started to inch its way back into the Philippines coffee scene. With third wave café culture alive and kicking in the big cities, young aficionados have become curious about this native brew that their grandparents enjoyed. Gone are the times when barako was a fading memory from the good old days. Now you can visit a handful of locally-owned café’s for a kapeng barako fix.

“I first encountered barako during a blind cupping session and it immediately stood out,” says Jefrey Pelagio Jacob, an avid coffee enthusiast from Manila. “It had a distinct fruity aftertaste that none of the arabicas had. I’d say it shows promise as a new specialty coffee from the Philippines — its amazing to think that this used to be an everyday drink for our old-timers!”

While liberica production hasn’t quite returned to its old numbers, many farms throughout the country have started growing liberica trees again. Vie Cesar Reyes of the Philippine Coffee Alliance, a network of small-holder coffee farmers, is excited about the prospects for a barako comeback. 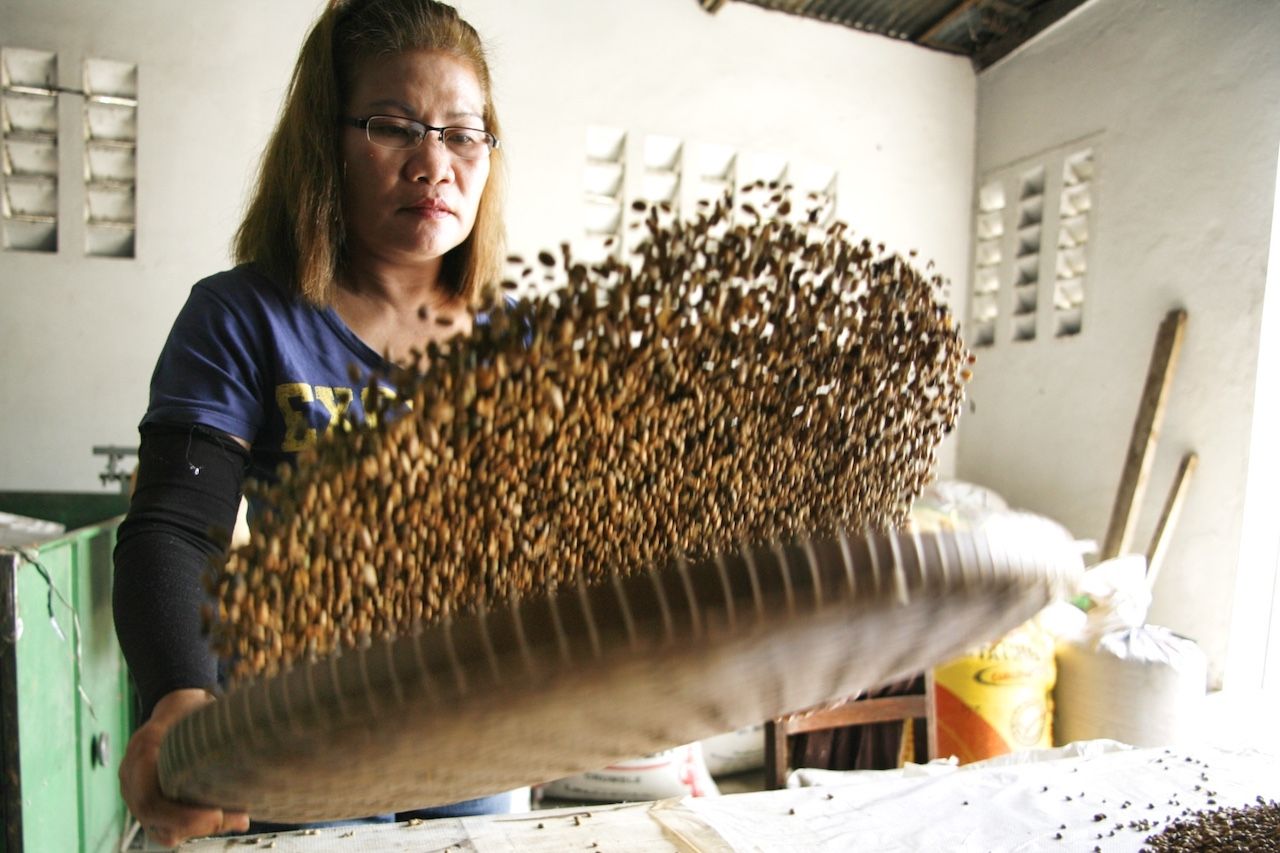 “There’s still a long way to go before our liberica becomes mainstream, but it has gained more ground and space in the local coffee landscape,” Reyes says. “In the last two years, our organization and its partners have planted close to 50,000 liberica seedlings in the Philippines. We’ve also organized farming clusters in indigenous communities, helping them have income while adding to the country’s supply of kapeng barako.”

Better still, Reyes mentions that a few liberica growers have started shipping their product to coffee buyers in the US. “These are small victories, but they definitely help bring our liberica back from obscurity.”

The last 12 years have been very encouraging for this almost-forgotten native brew. But if all goes well, it seems the kapeng barako will eventually make its grand return in the Philippines, and hopefully expand to the rest of the world. As for my own liberica harvest, I had originally planned to contact cafés in Manila to inquire if they were interested in buying my product. Turns out I didn’t have to. I posted on Facebook that I had kapeng barako for sale, and was immediately besieged by orders from all over my network. I had a mere 80 kilos of coffee the first time I did this. It sold out in a week.

Where to try kapeng barako in the Philippines 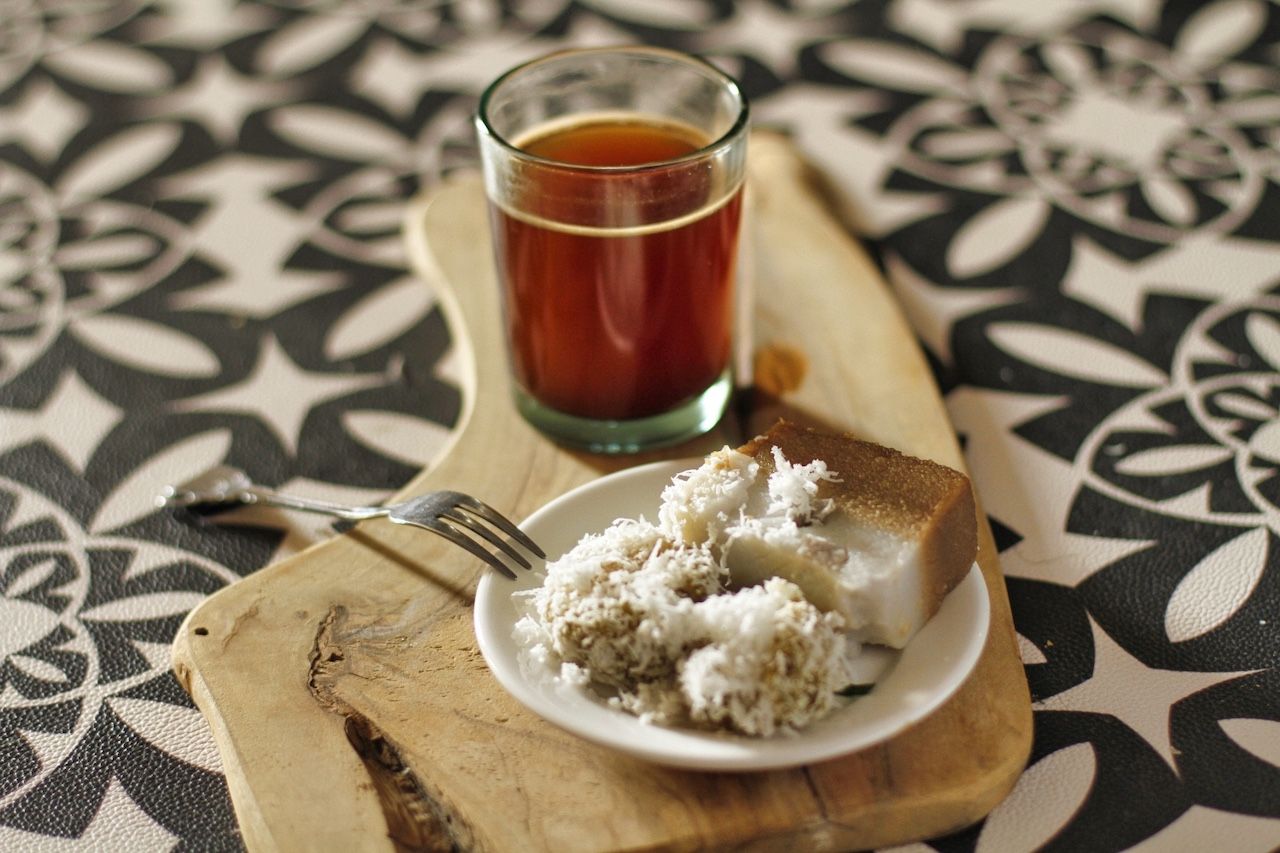 If you’re in the US or Canada, the company Len’s Coffee delivers certified liberica from the Philippines. It’s hard to beat the taste of a fresh cup made locally, though. These are the cafes you can be sure to find barako on the menu.

Coffee + TeaIt’s Past Time To Respect the Vietnamese Coffee Bean
Tagged
Coffee + Tea Philippines
What did you think of this story?
Meh
Good
Awesome

The Sapphire Hinatuan Enchanted River in the Philippines Is Jaw-Dropping