Making coffee is all about extraction. Hot water is poured over dried and ground coffee beans, taking flavor and caffeine from the grounds on the way to your cup. But your coffee cup is a long way away from the place the coffee beans were grown, the people who grew them, and the local culture that made that bean possible. In this umpteenth wave of coffee culture, it’s long past time to start recognizing how a place imbues flavor in every bean.

“There’s so much for us to learn about the actual culture of all the coffee-producing countries in the world,” says Sahra Nguyen, owner of the single-origin Vietnamese coffee brand Nguyen Coffee Supply. “How they drink coffee, how they’re brewing coffee, and if they even have access to enjoy the coffee they produce.”

This is one of the guiding principles of Nguyen Coffee Supply. In Nguyen’s case, that means showcasing the traditional Vietnamese phin brewing method, which typically incorporates condensed milk in the final drink. Nguyen also highlights robusta beans, the primary variety grown in Vietnam rather than the widely publicized and celebrated arabica, which is grown in coffee regions around the world. Even if you don’t know it by name, you likely know Vietnamese robusta by taste, as it’s present in coffees and espressos across the United States. It’s the hotel coffee or the cup from a restaurant chain — essentially anything that isn’t explicitly labeled arabica.

“It’s a very familiar profile, and [Americans] inherently know this taste,” Nguyen says. “It’s comforting. It’s nostalgic. It’s what people think about when they think about coffee, they’ve just never been able to attach the country of Vietnam to their experience.”

In 2016, Nguyen, a daughter of Vietnamese refugees, met a friend of her aunt’s in Da Lat, Vietnam. Their meeting led to a direct trade agreement to bring arabica and robusta beans to Brooklyn, where Nguyen roasts and distributes her beans. Today, Nguyen Coffee Supply sells three options: Courage, which is 100 percent arabica; Grit, 100 percent robusta; and Loyalty, 50 percent arabica and 50 percent robusta. 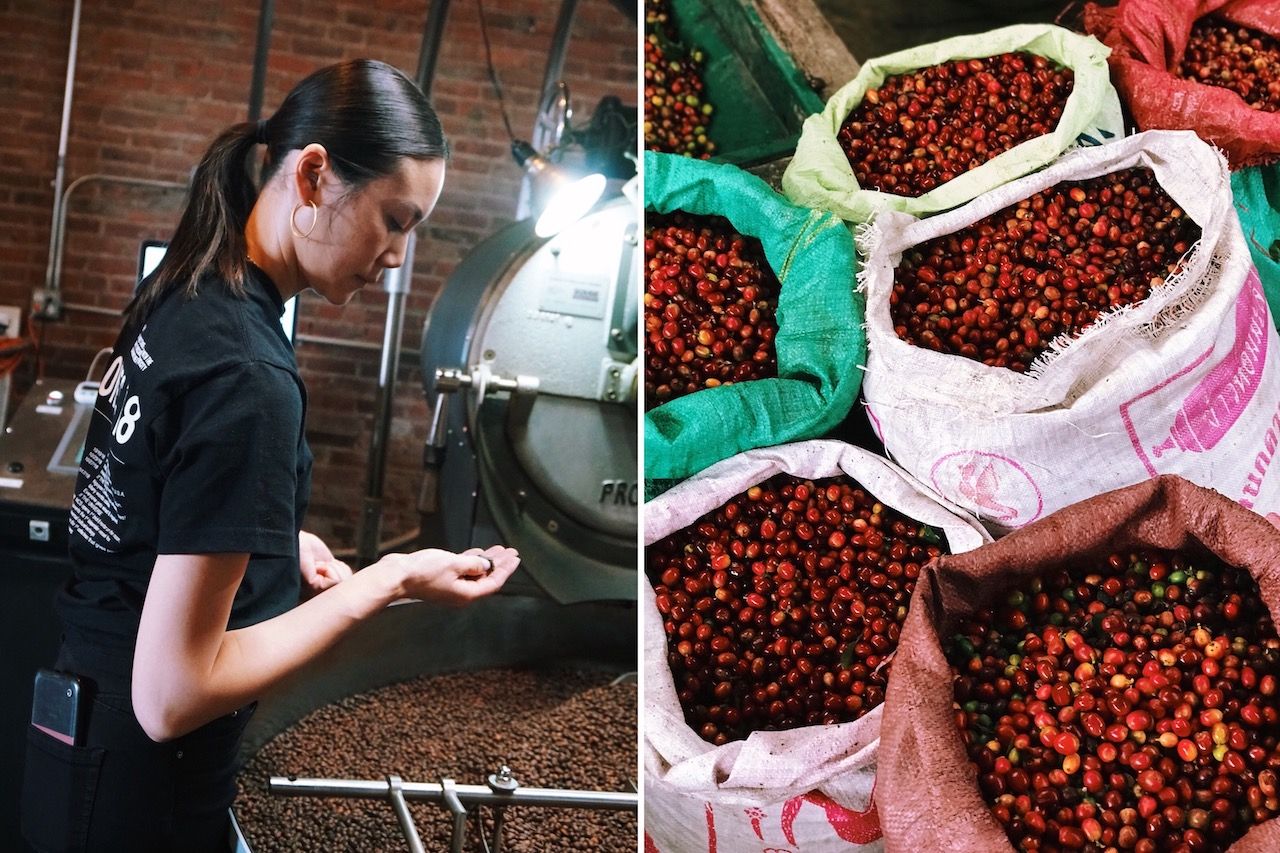 The decision to highlight robusta is an intentional one. As coffee awareness grew in the US, so did the fetishization of arabica. Self-proclaimed coffee geeks toss aside robusta as inferior and mass-market swill, instead praising the lighter fruity flavors of arabica versus the strong, espresso-like dark coffee notes of robusta. However, if your bag of coffee beans doesn’t say 100 percent arabica on the label, then it’s likely at least in part robusta — and there’s a good chance it’s robusta from Vietnam.

“No one was including robusta coffee or even Vietnamese coffee in the craft coffee experience and conversation [when Nguyen Coffee Supply started],” Nguyen says. “If anything, on the internet there were so many negative connotations around Vietnamese coffee beans and whether or not it could be included in the craft specialty space.”

Judging by Nguyen’s dedicated and rapidly growing customer base, the interest in robusta is growing. Yet Nguyen is so far the only person in the US importing Vietnamese robusta beans and selling them as a specialty, single-origin product. 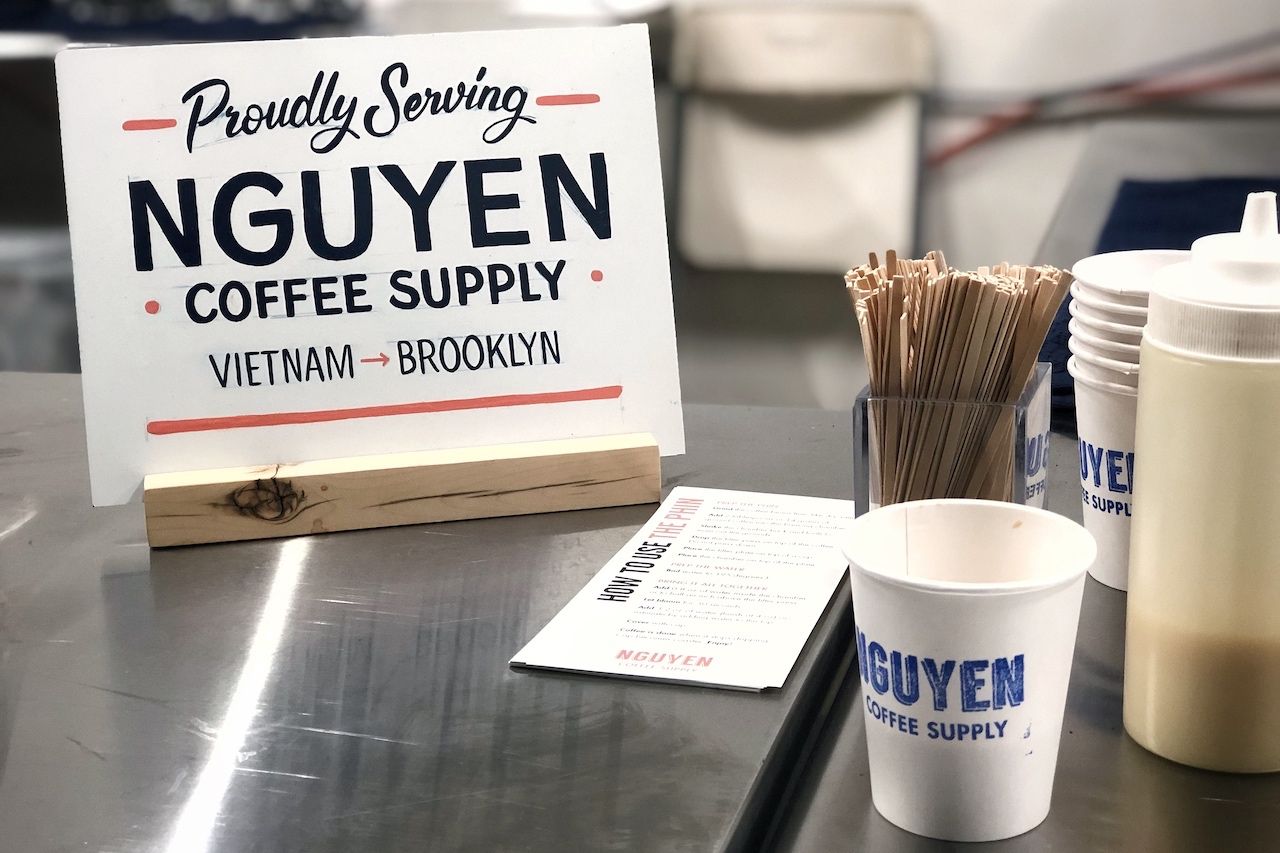 In early February, I attended a Nguyen Coffee Supply experience with around 25 other people at a shared roasting space near the Brooklyn Navy Yard. Nguyen and her team took each of us through four components of the brand: a Vietnamese coffee presentation, a roasting demo, a demo on how to use the Vietnamese phin (which is somewhat similar to a French press), and a coffee cupping to blind taste each type of roast at different stages of the brewing process. To the surprise of more than a couple of people, the maligned robusta bean was their favorite when tasted blind.

Nguyen is the last to fault people for not knowing more about robusta and its connection to Vietnam. There’s simply a dearth of information out there. During the cupping, I noticed a map by World Specialty-Coffee Maps above the tankless water heaters. The map, from 2018, purports to show the world’s “specialty coffee regions” and features nearly 30 countries, including Thailand, Yemen, Burundi, Brazil, and Ethiopia. It does not include Vietnam. 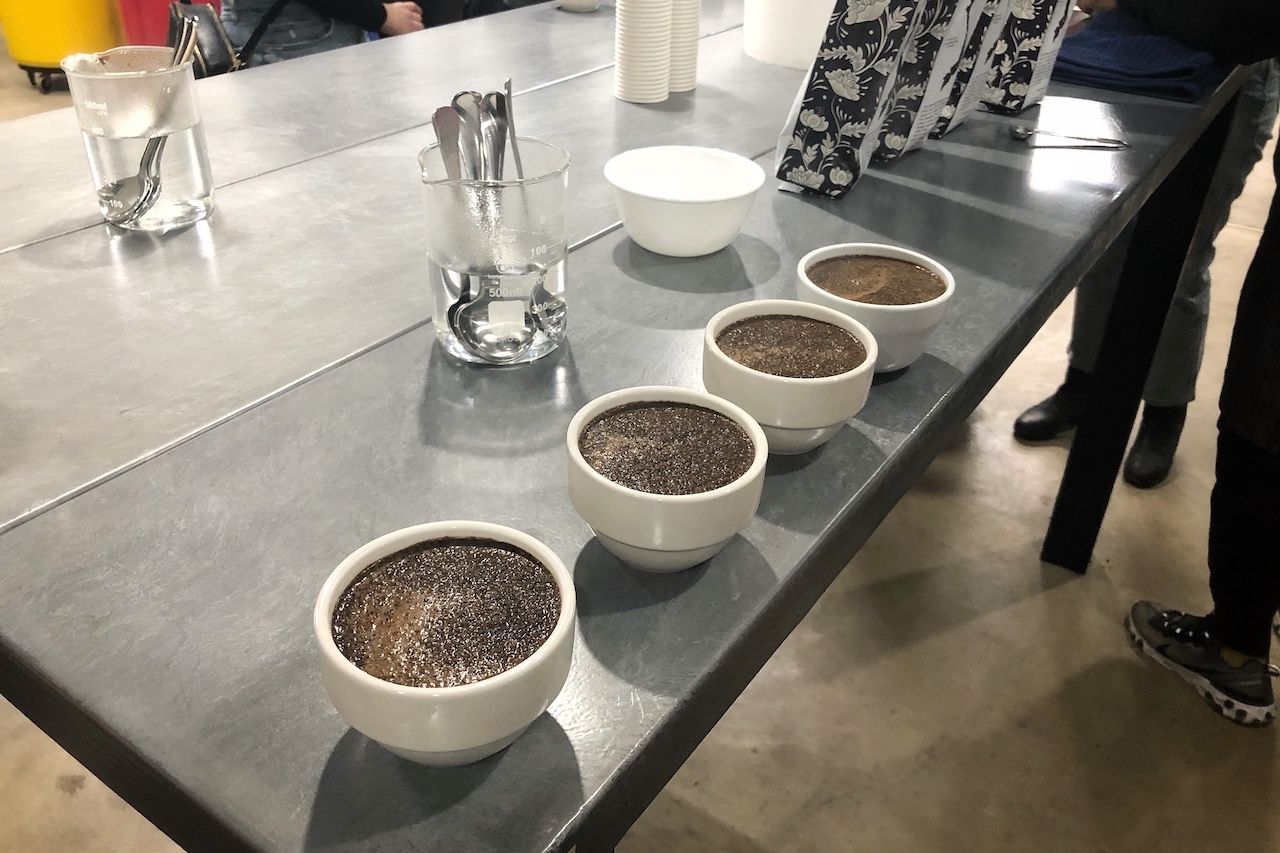 In 2019, Vietnam was the second-largest coffee producer in the world, and 97 percent of that coffee was robusta, according to the International Coffee Organization. The United States, according to the Department of Agriculture, was the second-largest importer of coffee beans in 2019. Fifteen percent of those beans came from Vietnam, the third most by country after Brazil and Colombia. In short: Americans are familiar with the taste of Vietnam’s signature coffee bean, even if they aren’t aware that’s what they’re drinking.

Nguyen launched her single-origin robusta at the New York Coffee Festival in October 2019. She was the only roaster that put robusta front and center, she says, and there were lines throughout the weekend. Numerous people told her that they had always heard robusta was gross or repeated things they had read online about the perception of quality — perceptions that changed quickly after tasting Nguyen’s coffee.

“That just gave us so much excitement,” Nguyen says. “It’s great to lean into what’s different, and it’s great to offer a diversity of coffee experiences and products because the world is diverse.” 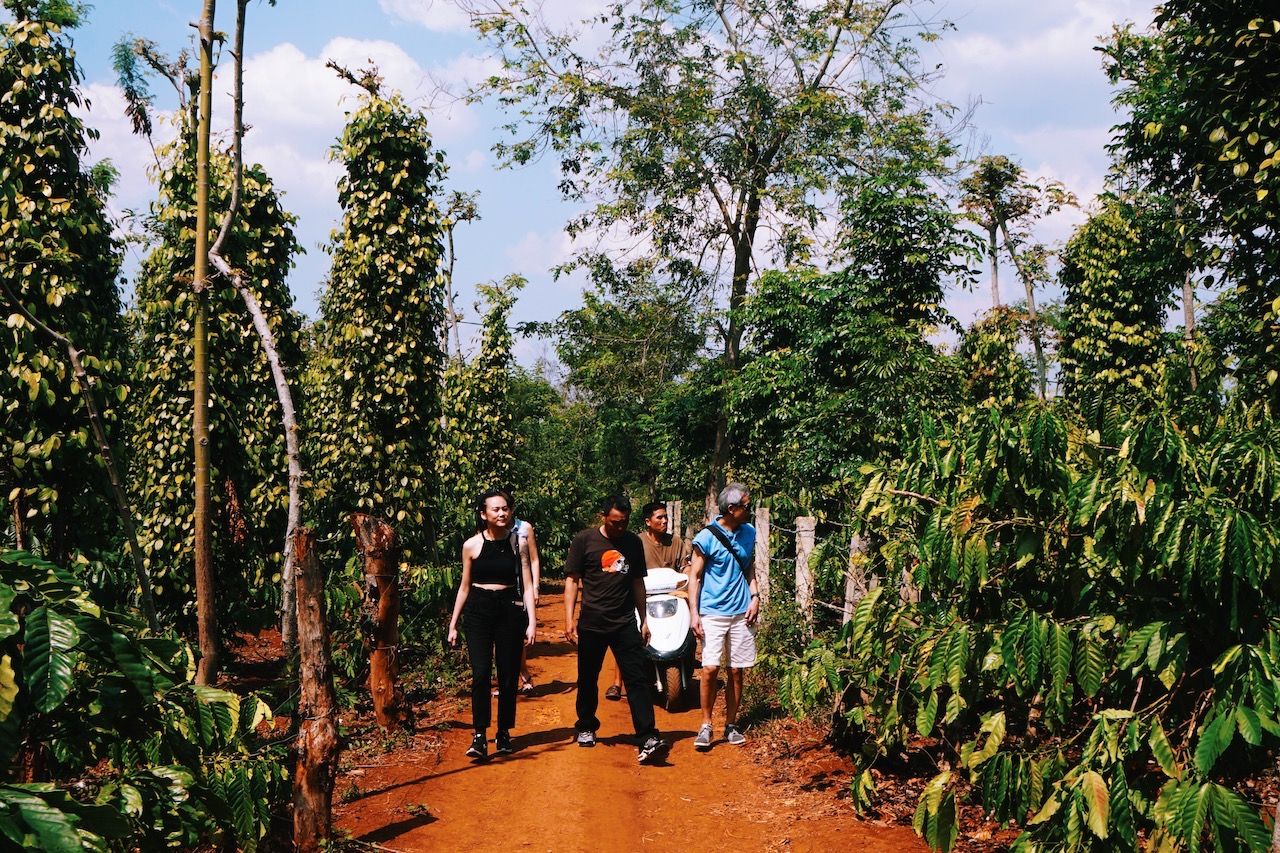 Her platform has helped increase transparency in the industry — transparency that’s often touted by specialty brands when it comes to location-specific arabica but is lacking when it comes to Vietnam and robusta. Nguyen centers on the people, their coffee culture, and the bean for what she calls a “holistic learning experience.”

“A big part of it is timing and the fact that my generation, who are now in our 30s, we now have the desire and the means and the know-how to contribute to the cultural landscape in this way,” Nguyen says. “Before, who was thinking about doing this? It might have been my parents, but they didn’t have the means to. They were here focusing on survival. And my parents’ generation, they were the major group of Vietnamese people to come to the US.” 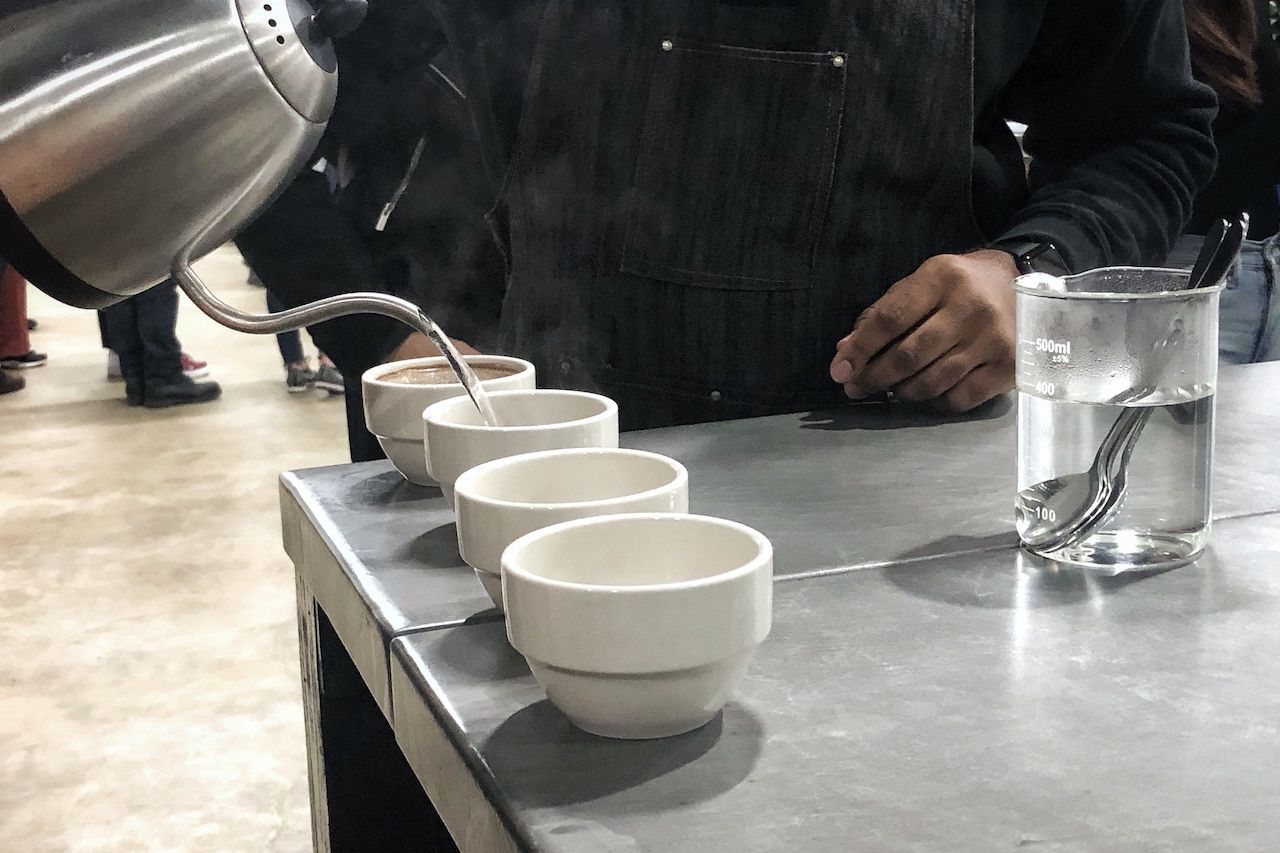 As one of the largest importers of Vietnamese coffee beans, there’s an established economic relationship between Vietnam and the US. What’s less established is the connection to why that relationship exists and the people who make it possible.

“Maybe it’s a cultural thing, or maybe a generational thing,” Nguyen says. She adds that even though people in the US have drunk Vietnamese coffee for years, “maybe it takes a generation like mine with roots in Vietnam and the experience of being an American to have the desire to push that economic relationship and be like, ‘Let’s talk about it more.’ Let’s open it up for cultural understanding and transparency and say, ‘Oh these beans that you’re consuming in this package comes from Vietnam, did you know that?’”

This Coffee Will Be Shot Into Space on Tuesday. But You Can Try It Here on Earth, Too.