After a photo showing a child sitting on an endangered sea turtle went viral, an investigation has been launched to identify those responsible. The photo, posted on Sunday, January 5 on this Facebook page, depicts an adult’s leg holding down the sea turtle on a boat in Sabah, Malaysia, while a child sits on its back. According to Business Insider, the photo’s caption on Facebook says, “to appeal to tourists, the tour and boat operator caught the turtle and put it on the boat for tourists to take pictures with.” Justifyingly, the photo has received hundreds of angry comments, generated widespread negative attention, and sparked an investigation. 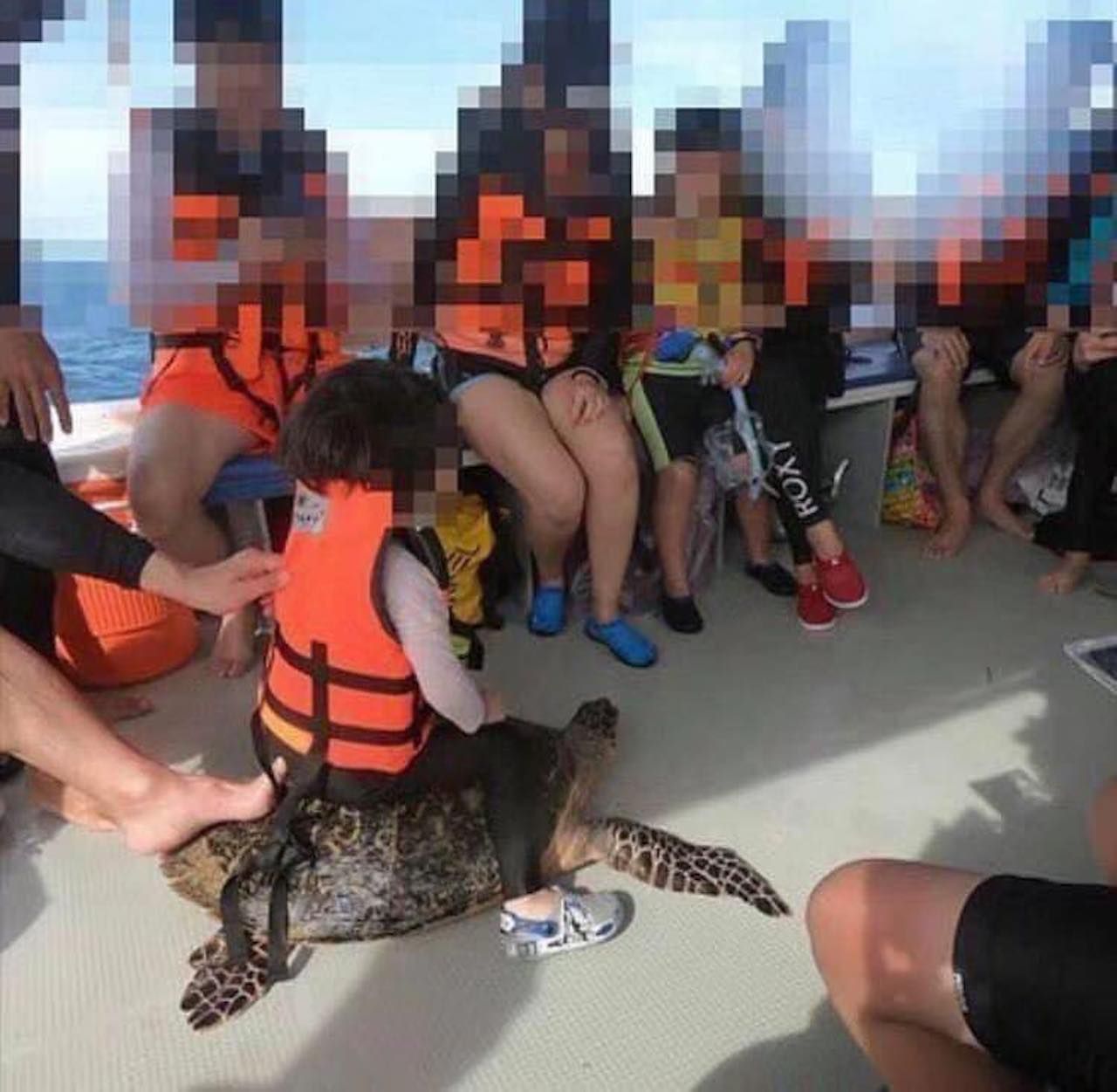 The Sabah Wildlife Department (SWD) was made aware of the photo and sent a team to investigate, but it was not, however, able to find any evidence of the incident. The SWD raised the possibility that it may be a photo recycled from several years ago, but it’s still unsure.

The incident is especially alarming because the animal is a hawksbill turtle — a critically endangered species at “extremely high risk of extinction in the wild,” according to the IUCN Red List. Christina Liew, Sabah’s deputy chief minister and tourism, culture, and environment minister explained that catching a turtle, putting it on a boat, and riding it is unacceptable as it is forbidden by law in the state of Sabah.

Authorities are still investigating the incident, in the hopes of uncovering who facilitated the disturbing photo.

Wildlife10 Endangered Animals To See (and Save) Before They’re Gone
Tagged
News Sustainability Wildlife
What did you think of this story?
Meh
Good
Awesome