When traveling, it’s not uncommon to come across dishes and ingredients you’re unfamiliar with. Sometimes it can cause second thoughts. Take the traditional raw chicken eaten in Japan, for example, or pufferfish, which has organs that contain a neurotoxin stronger than cyanide. Both are also delicacies, the latter known as fugu, which must be properly cleaned before consumed.

Going abroad isn’t the only place you’ll find commonly eaten foods that are also quite toxic, however. A surprising number of grocery-list staples, from fruits and veggies to legumes and nuts, contain hazardous, if not deadly, compounds. Here are nine surprisingly commonplace foods that you probably didn’t realize could kill you. 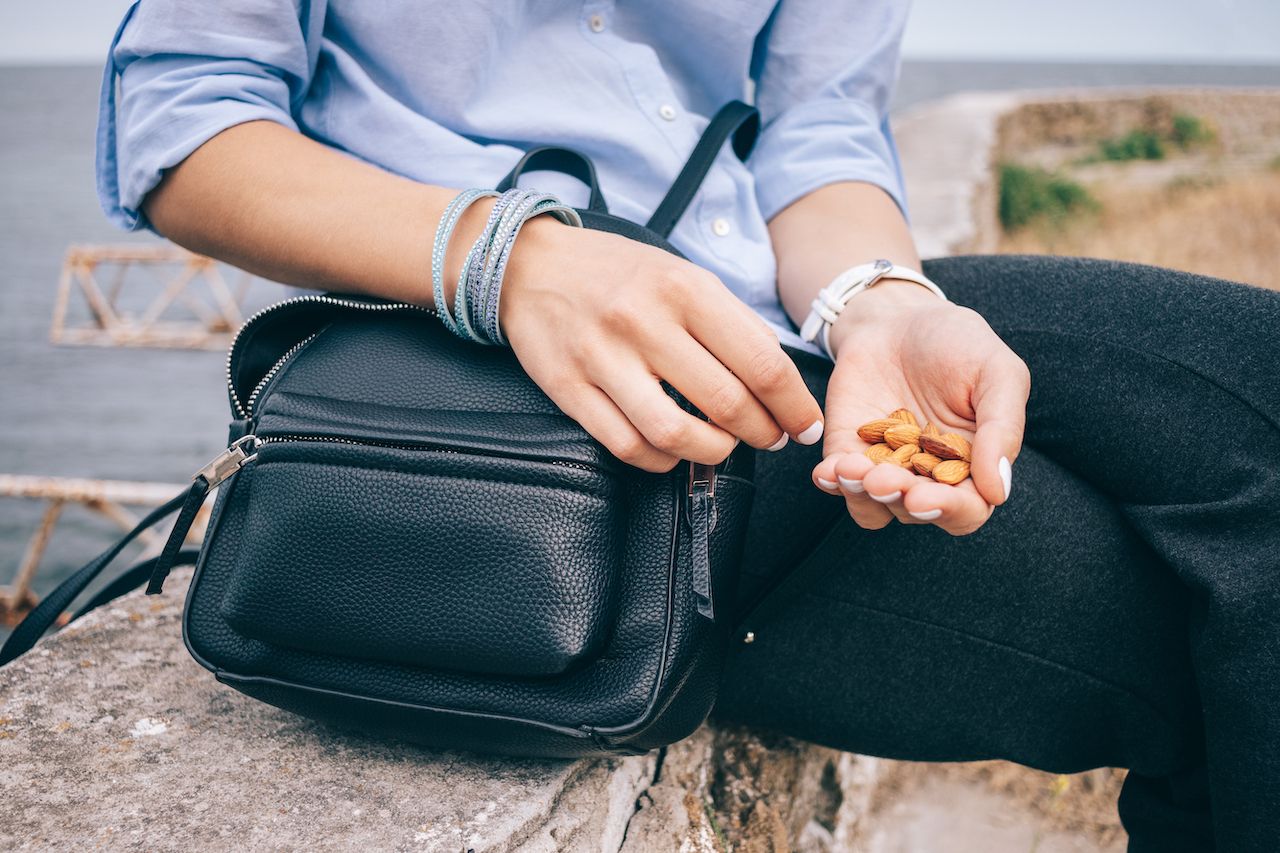 Mystery novel readers know that cyanide, a common poison, smells like bitter almonds. That’s because unprocessed almonds contain hydrocyanic acid, which can be lethal. Eating as few as 10 raw bitter almonds could be fatal for a child. The almonds we buy to snack on are sweet almonds, but bitter almond oil is used regularly to make extracts and liqueurs. 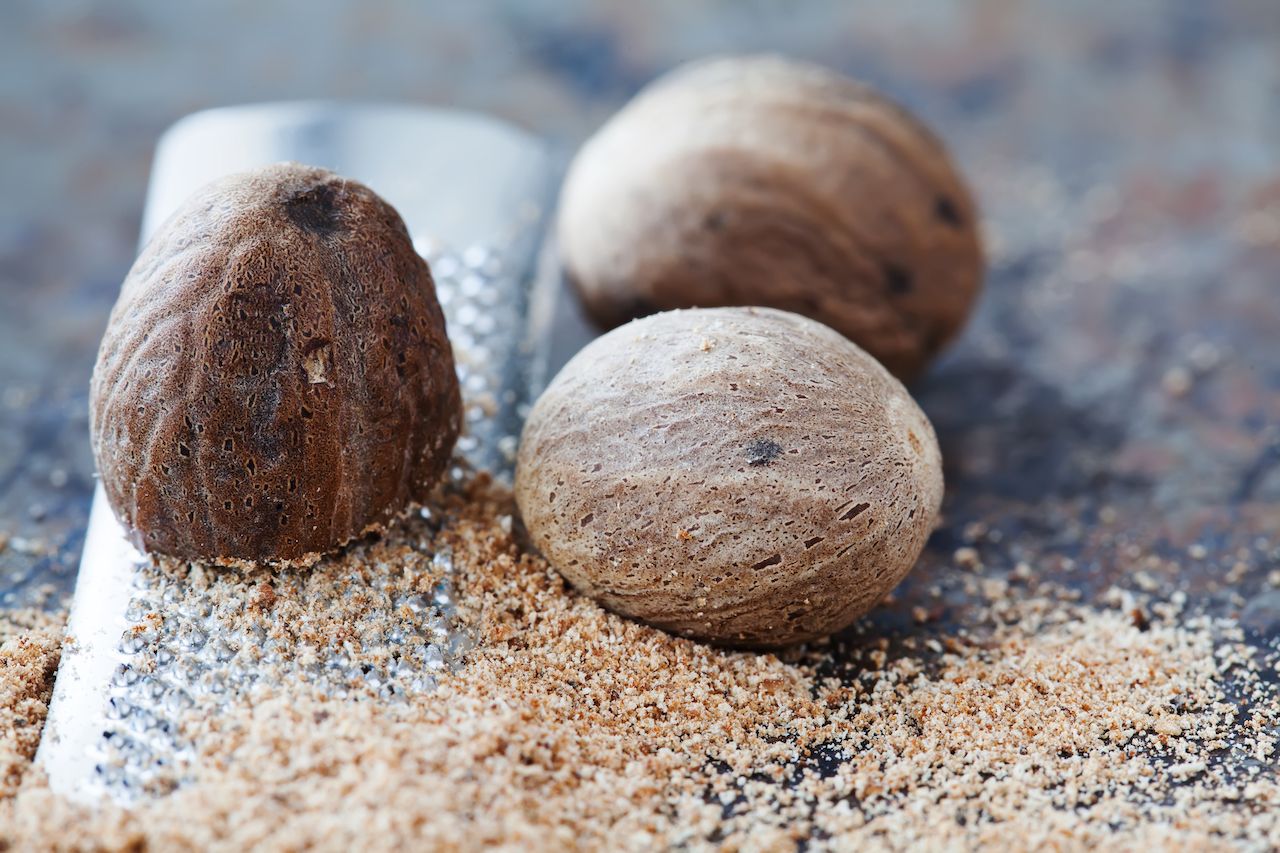 Nutmeg is an indispensable spice and a popular addition to both desserts and savory mains. It can also make you hallucinate. Nutmeg contains a psychoactive compound called myristicin that, when consumed in large quantities, has a greater effect than a couple of glasses of eggnog. Other side effects include headaches, nausea, and delirium. Jury’s still out on how much nutmeg is considered toxic, but symptoms are generally believed to start after around two tablespoons. 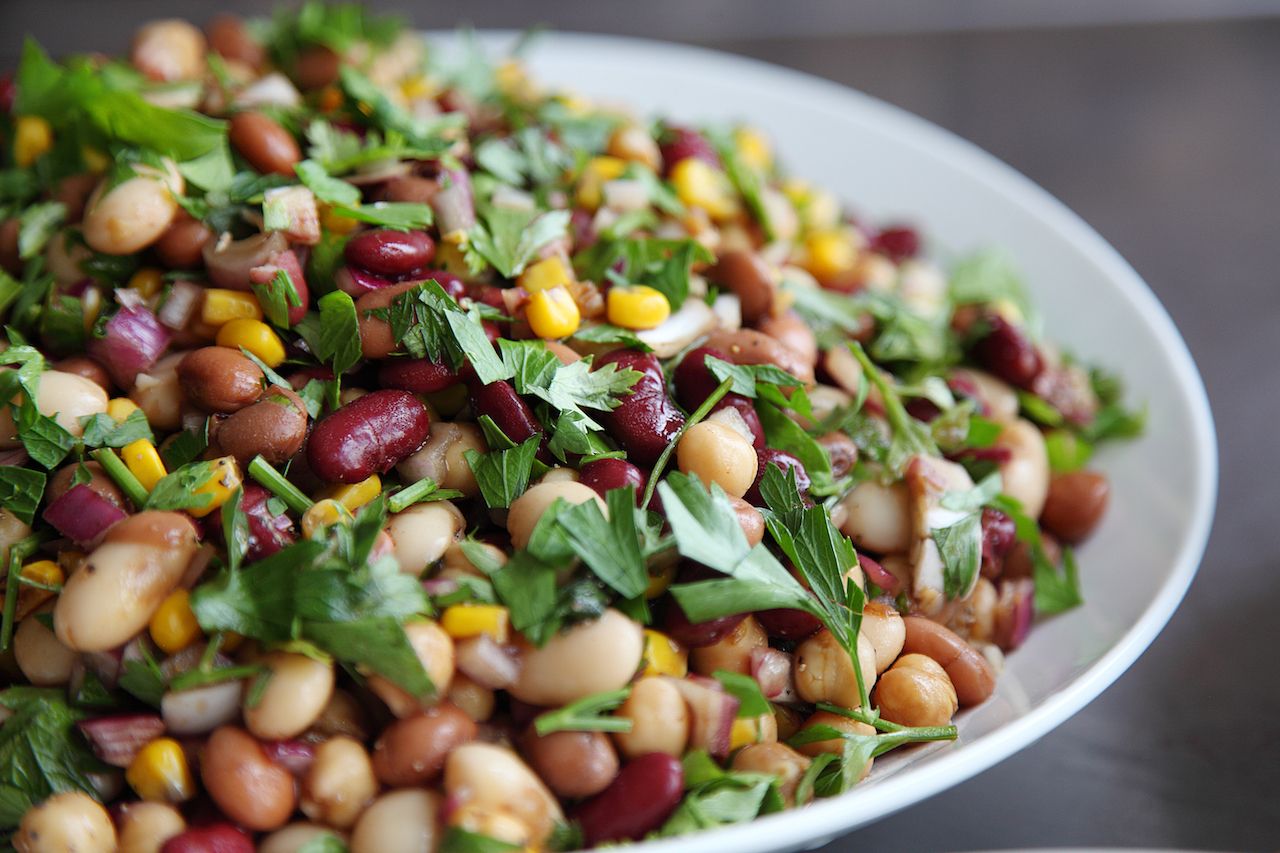 Buying bulk dry goods like rice and beans is great for a budget. We recommend sticking to canned kidney beans, however. Uncooked kidney beans need to soak in water for several hours and boil for 30 minutes to rid them of a toxin called phytohaemagglutinin, or lectin, before they’re safe to consume. Eating just a handful of these raw beans can lead to nausea, vomiting, and diarrhea. Fava beans, soybeans, and others also contain lectins, but red kidney beans have the highest concentration by a wide margin. 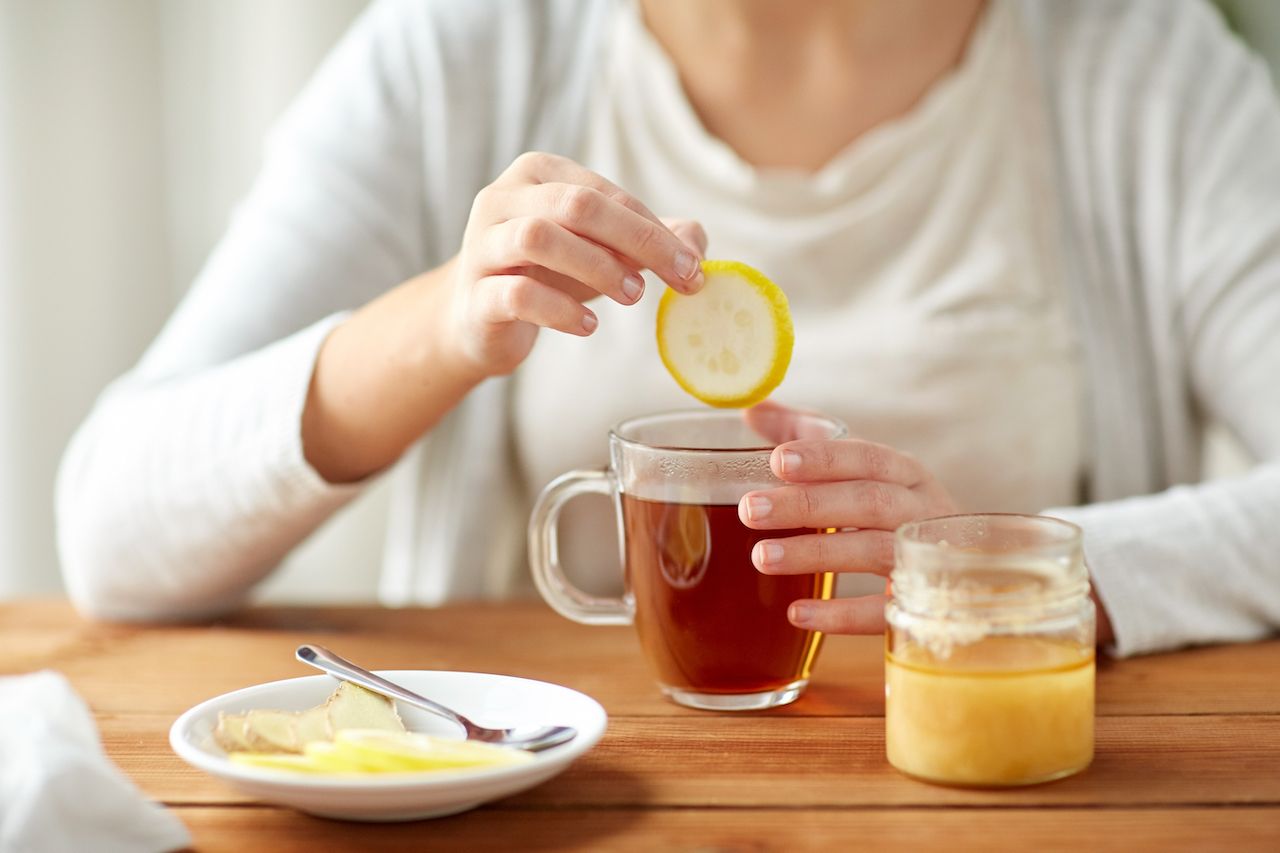 There’s a myth that honey becomes toxic when you heat it. It doesn’t, but what can be dangerous for young children and pregnant women is eating unpasteurized honey. Pasteurization is a process in which foods are treated with low heat to kill pathogens, removing toxins called pyrrolizidine alkaloids in honey’s case. Consuming more than a teaspoon of unpasteurized honey could result in nausea, dizziness, headaches, or even death in young children or pregnant women. But don’t worry: Healthy adults can keep adding a spoonful of raw honey to their piping hot tea. 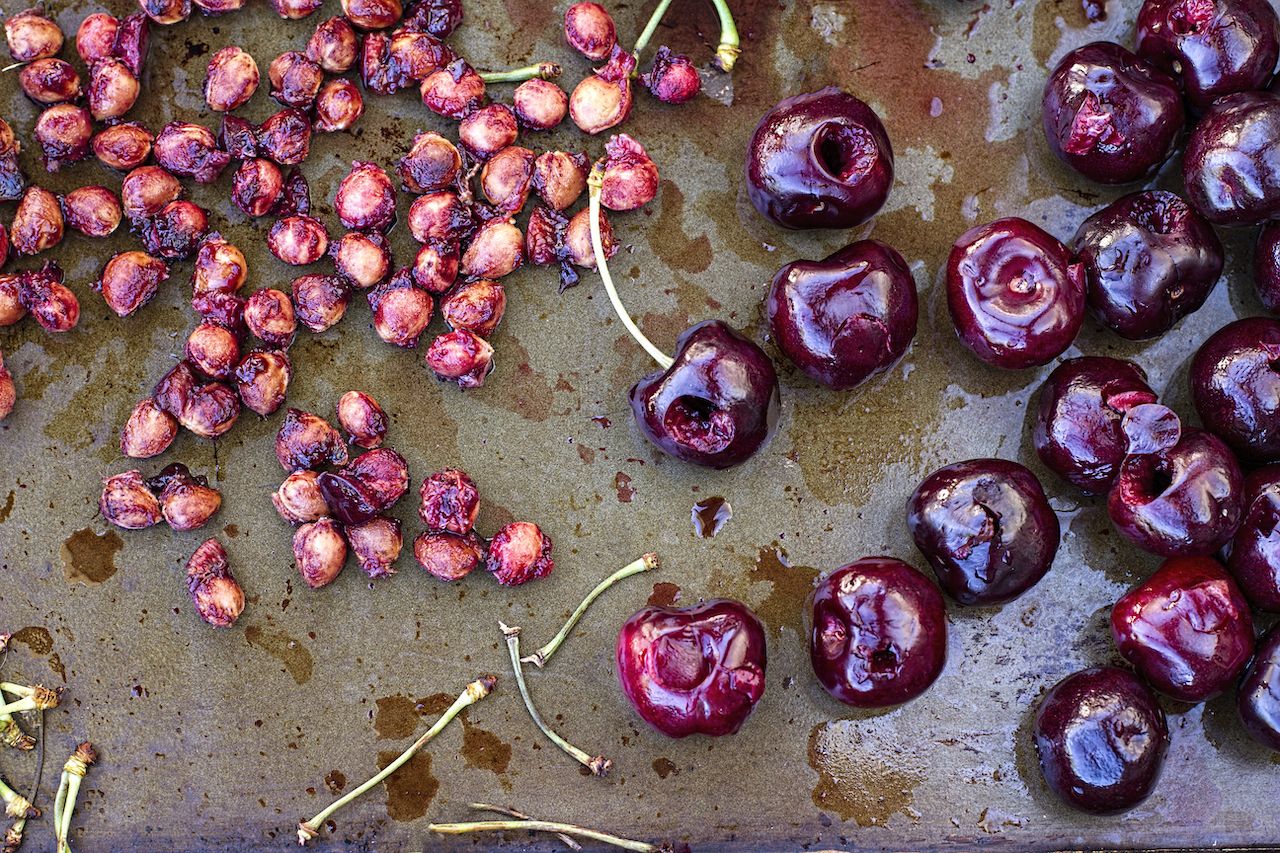 Well, cherry pits. Cherry pits contain a chemical compound called amygdalin, which becomes cyanide after it’s ingested. Cyanide poisoning has been documented in people who’ve eaten cracked-open pits, with poison control centers citing a lethal dose as just a couple of pits (though it often takes more). Have no fear if you’ve ever accidentally swallowed a seed whole, but on the off chance you do feel symptoms, they might include fever, headaches, nausea, lethargy, and insomnia. Apple seeds and the pits of other stone fruits, like peaches and plums, contain similar cyanogenic compounds. 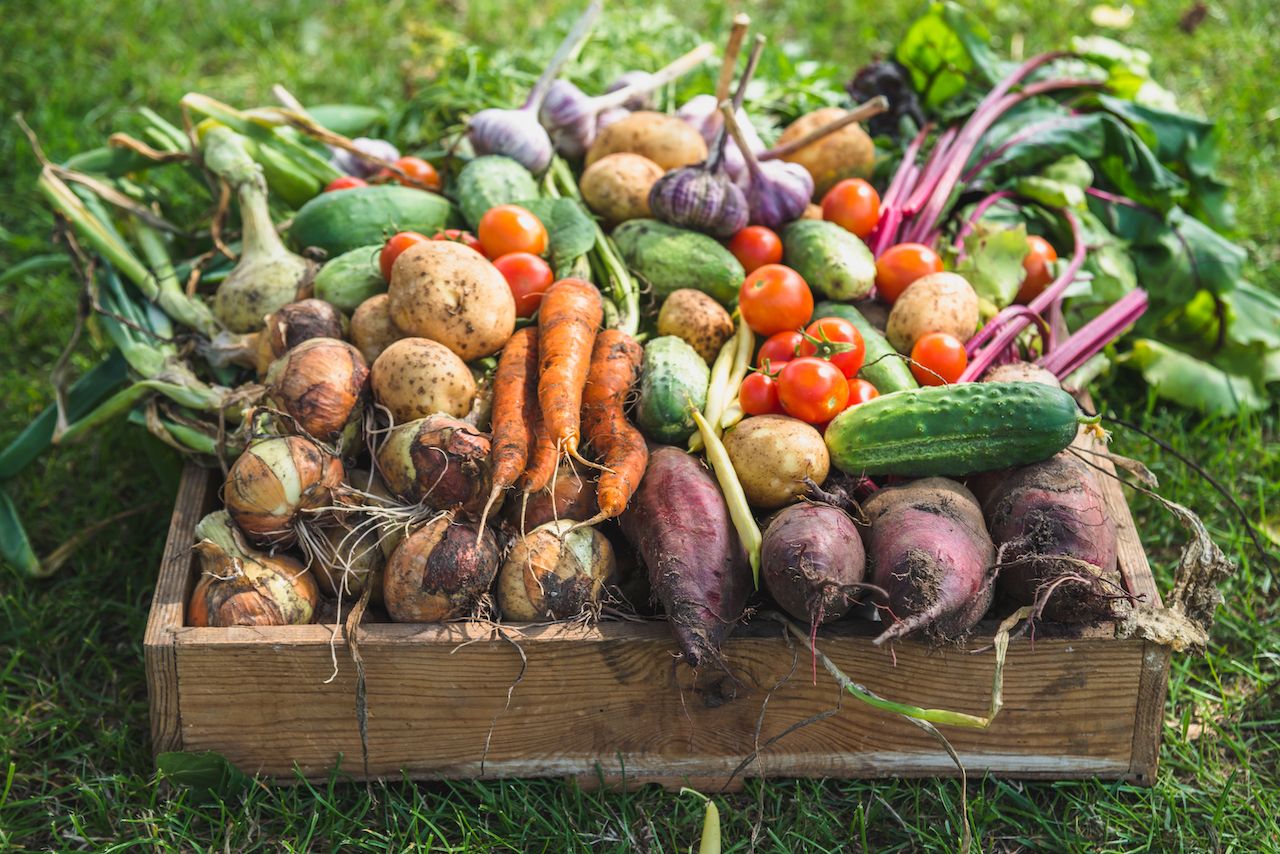 Potatoes, tomatoes, and eggplants all belong to the nightshade family, which contains a poison called solanine. To avoid solanine poisoning, keep an eye out for green or sprouted potatoes. The whole plant stores the toxin, so you shouldn’t go eating the leaves or flowers, but the tuber itself can also be dangerous when it’s ready to start, or has already started, sprouting. Before it sprouts, a potato may turn greenish, indicating the presence of chlorophyll, as well as solanine. Store your potatoes out of the sun to avoid excess light exposure and chlorophyll. 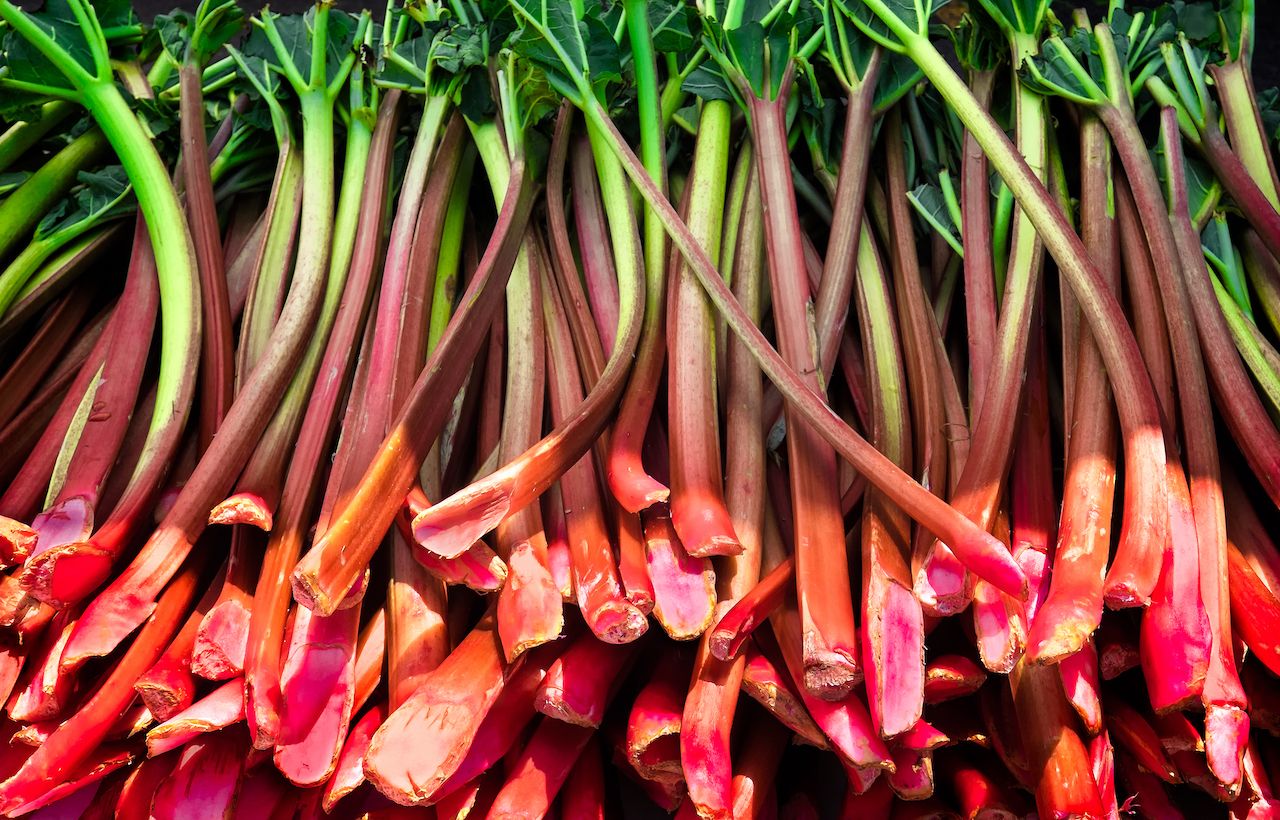 Rhubarb is deliciously tart and fruity, a perfect complement to both sweet and savory dishes. Rhubarb leaves, on the other hand, contain oxalic acid, which can cause irritation to the mouth and throat, difficulty breathing, kidney stones, or even death if ingested — granted, the average adult would have to eat roughly 10 or more pounds for it to be fatal. 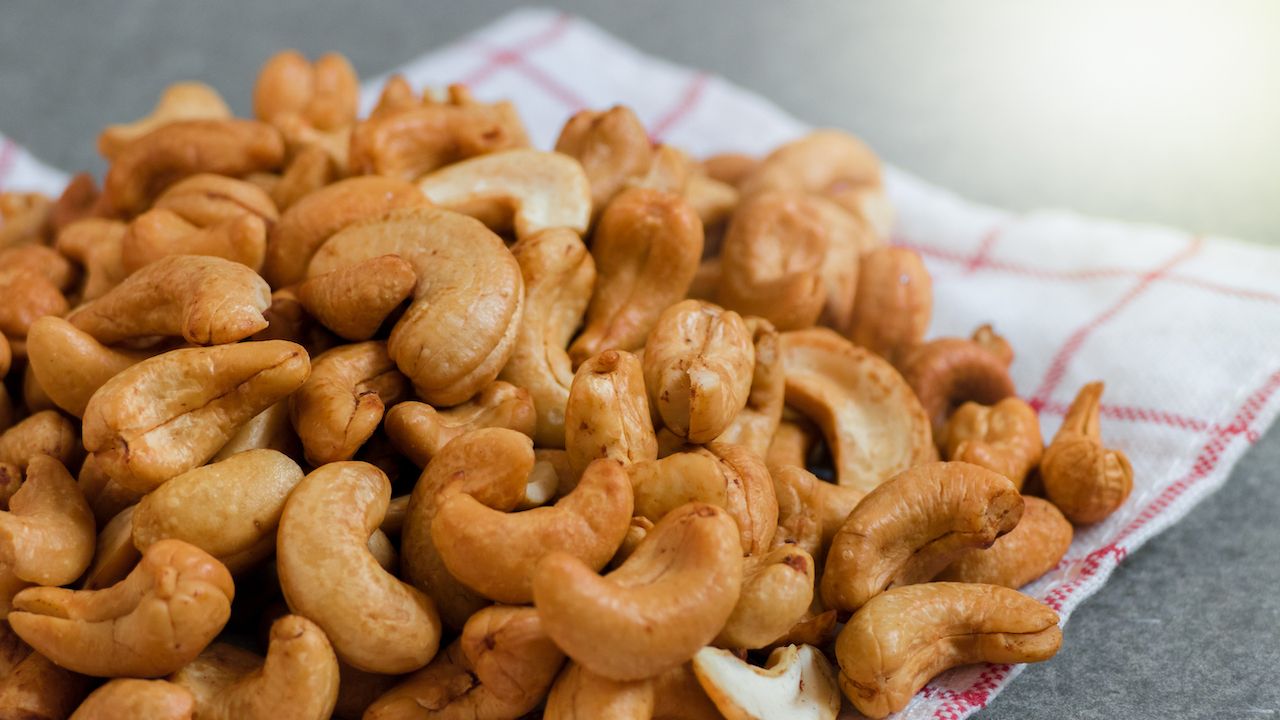 Raw cashews contain urushiol, a chemical that’s also found in poison ivy. Cashew shells are coated in an oil that contains anacardic acid, a close relative of urushiol that can cause a rash on contact. The cashews we buy at the supermarket are generally steamed or roasted to remove the urushiol, which can be deadly if consumed in large quantities, even the ones that advertise “raw cashews” on the packaging. 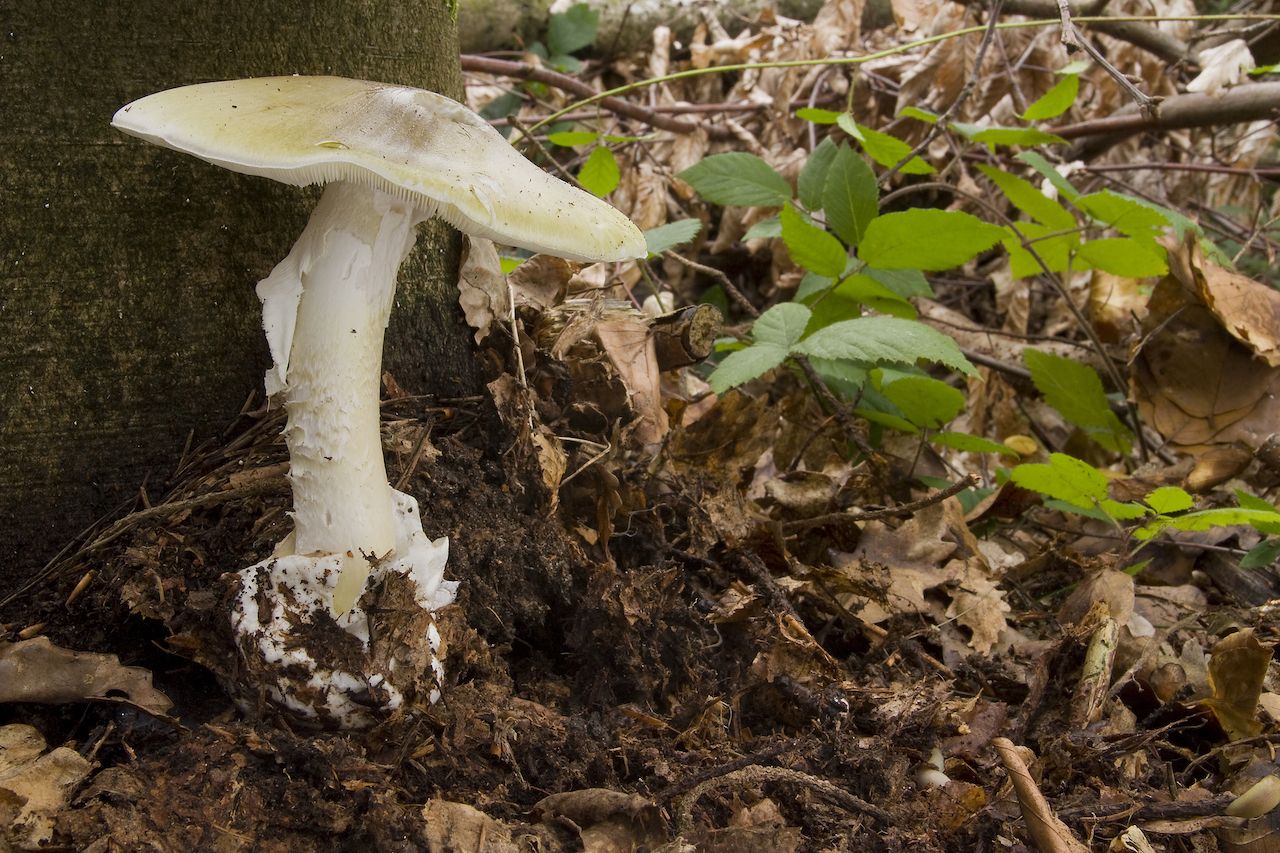 Edible mushrooms are tasty, versatile delights, whether you’re adding a handful of porcinis to risotto or swapping out a beef patty for a portobello burger. Other mushrooms are dangerous to ingest, however, like the aptly coined death cap mushroom. It can be near impossible for the average person to tell the difference between edible and poisonous mushrooms in the wild, and fatal foraging mishaps occur every year. So, while you’re safe to keep buying those oyster and cremini mushrooms you love so much, do yourself a favor and stick to sourcing your fungi from the supermarket.

Food + DrinkThe Only Way To Taste These Rare Fruits in the US Is Amazon or Etsy
Tagged
Food + Drink
What did you think of this story?
Meh
Good
Awesome