Yanko Tsvetkov is a graphic designer and illustrator who defines himself as “a humanoid living on a planet called Earth.” He’s also the creator of Atlas of Prejudice, a series of satirical maps (now compiled as a book) showcasing some of Europe’s most popular stereotypes. All he needs is a map of Europe, which he divides with one or more lines to create different regions.

Stereotypes are that, just stereotypes, but they’re pretty spot on when it comes to simplify and illustrate what we Europeans sometimes think of each other (we know most of them are not true, ok?). From weather to politics, to privilege, he touches on many topics. You might or might not agree, but you’ll probably laugh a bit with some of them. 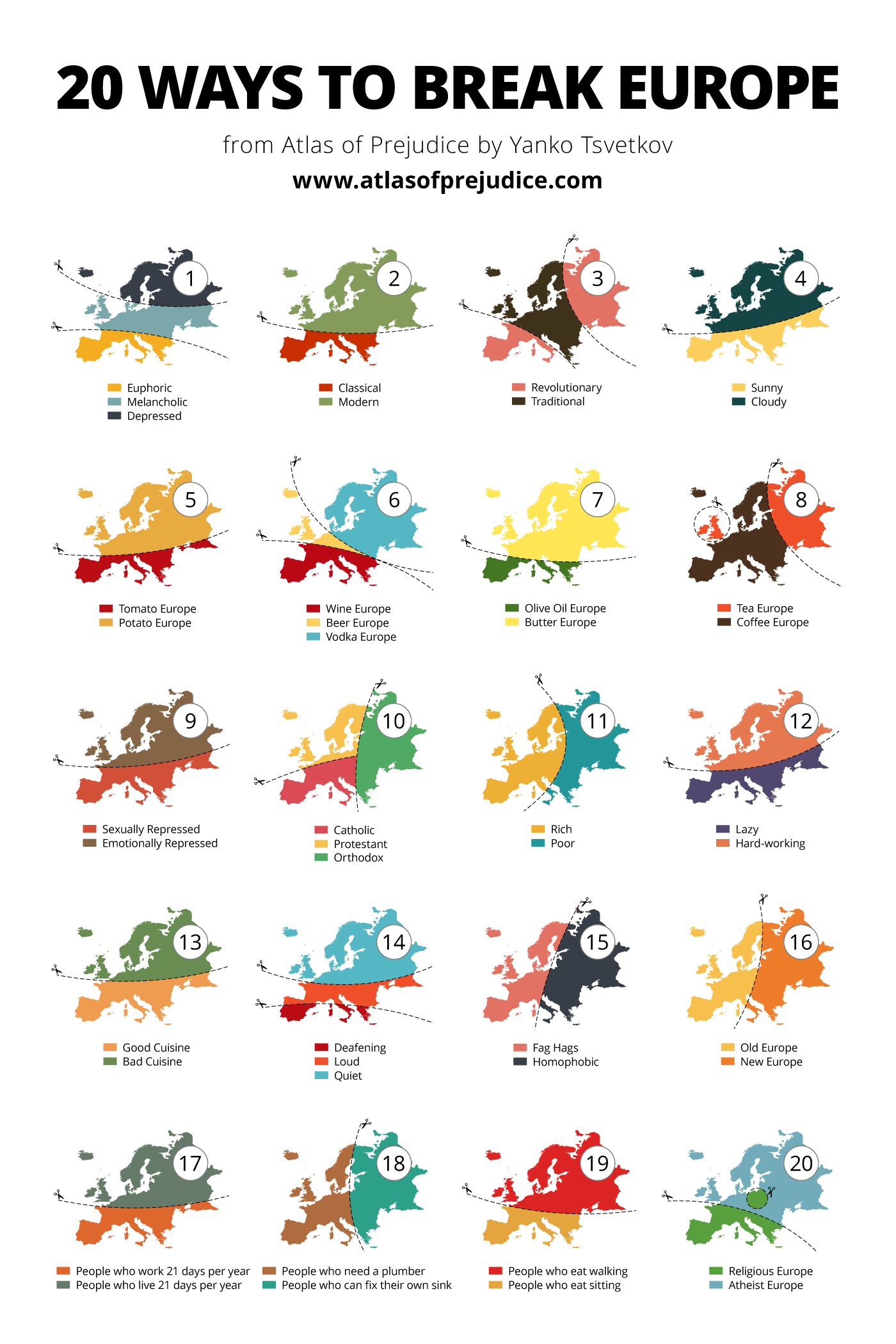 The Most Expensive Zip Codes in the United States, Mapped

New Study Attempts To Rank Every State From Best To Worst

The Spookiest Mythical Creature in Every Country in the World

The Happiest States in the US, Mapped

MAPPED: Everywhere To Stop Along the World’s Longest Train Journey