A wine-producing region with rolling hills, a lush landscape, and soil rich in nutrients sits only three hours from Melbourne, Australia. It’s called King Valley, and its cool-climate location in the state of Victoria is ideal for some of the finest Italian grape varieties. One portion of King Valley became known for imitating Prosecco, an Italian wine style loved the world over, in the early 2000s. Today, that portion is known as Prosecco Road.

The story of Australia’s Prosecco Road starts in 1889 with John Frances Brown’s first vintage of wine in King Valley. The Brown family came from Scotland during the gold rush but turned to wine. Four generations later, the Brown Brothers vineyard lives on. In the 1950s, they were joined in the region by the Pizzini brothers, who came to grow tobacco, and Otto Dal Zotto (who married a Pizzini sister in 1970). The tobacco business went south after the Australian government implemented a quota system, so they instead turned to grapes.

By the 1990s, Italian grape varieties were common in King Valley, and a number of producers became known for their Italian-style winemaking. One of them was Otto Dal Zotto, who grew up in the Italian town of Valdobbiadene. Dal Zotto’s hometown is in the region that Prosecco was first created. In 1999, Dal Zotto and his family planted three rows of glera grapevines, which are the primary grape variety in Prosecco. In 2004, they released Australia’s first Prosecco-style wine and set the region on a path to recognition. 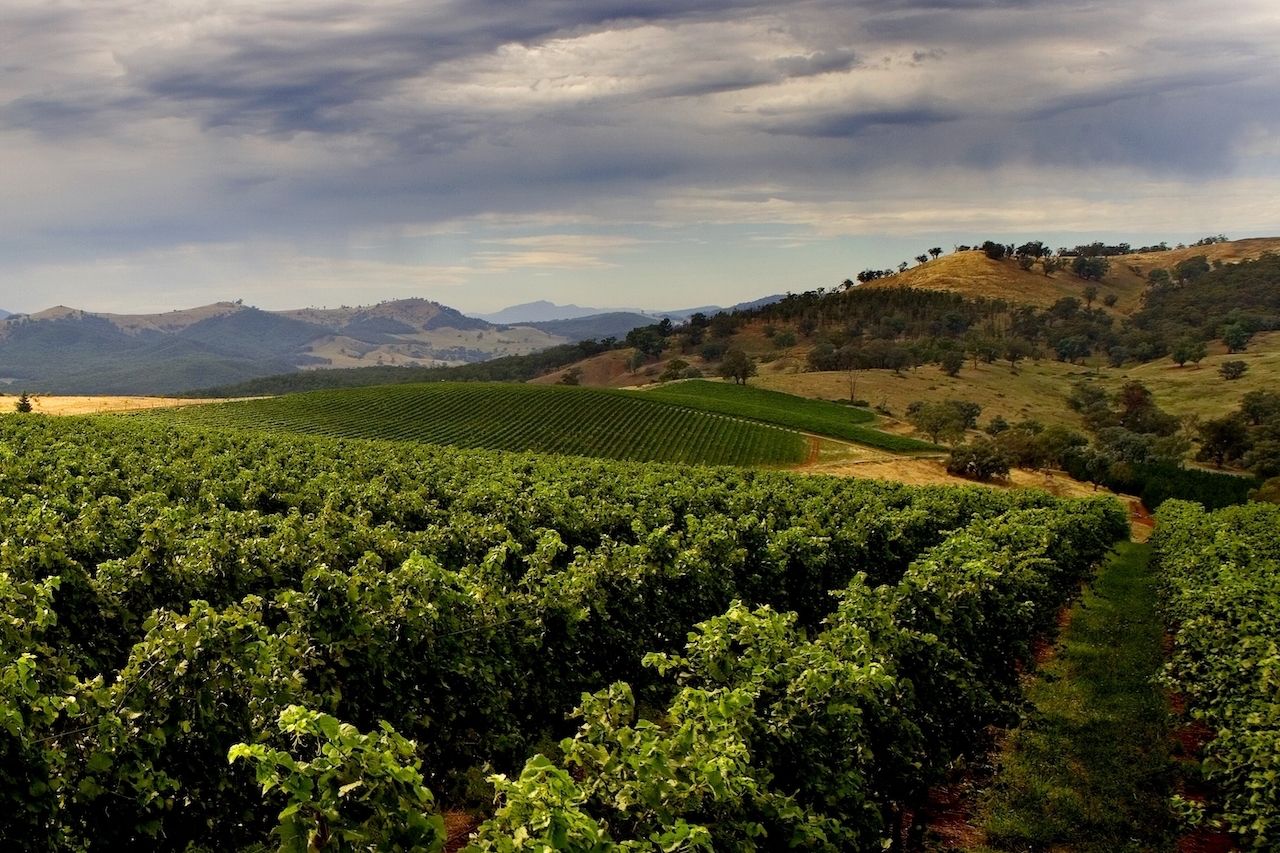 There’s a long-running dispute between Australia and Italy on which wines get to be called Prosecco. Prosecco, like Champagne, is a regionally protected name in the European Union, the United States, and other countries. The designation states Prosecco can be made in nine Italian provinces (Belluno, Padua, Treviso, Venice, Vicenza, Gorizia, Pordenone, Trieste, and Udine) in the Charmat method. It also must be made from at least 85 percent glera grapes, with the remaining percent allowed to be made up of chardonnay, pinot grigio, pinto nero, and five other Italian varieties.

Australian producers argue that prosecco is a grape, not a regional style (and indeed the glera grape was commonly known as prosecco up until 2009). Australia doesn’t recognize the Italian Prosecco designation, which has caused a trade rift for years.

King Valley’s take on the flavors of the Prosecco region is not to be written off, however. Dal Zotta produced just 375 cases of Australian prosecco in 2004. Today, the brand makes more than 40,000 cases a year, and other wineries in the region also prominently feature the style — hence the moniker Prosecco Road. The houses now engage in what Ross Brown, of Brown Brothers winery, calls “co-opetition”: competing yet cooperating to give people a reason to come and enjoy wines on the Prosecco Road food and wine trail.

Here are four stops along Prosecco Road to get a taste for yourself. Each one of these wineries has a cellar door, the common Australian term for a wine tasting room, and a place to eat. 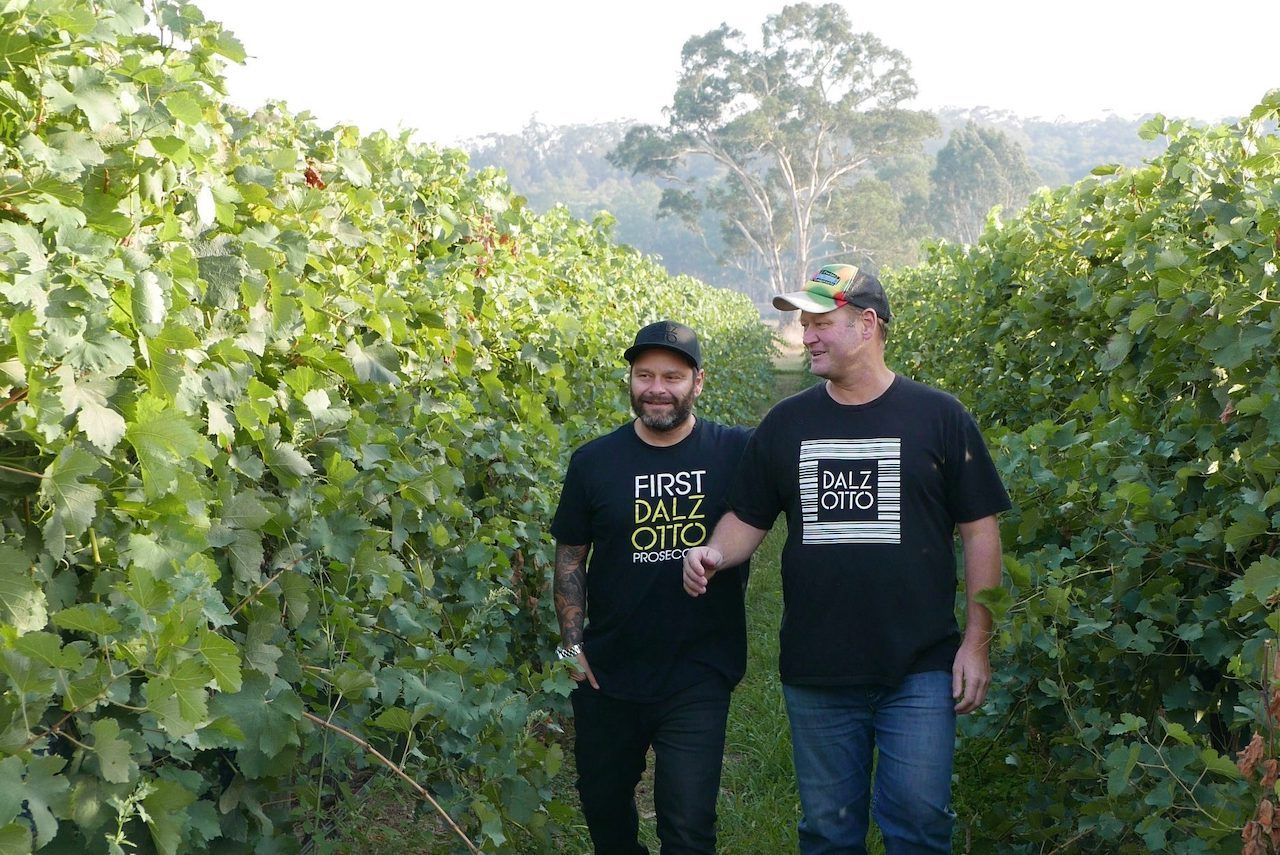 Dal Zotto is now primarily run by Michael and Christian Dal Zotto. Otto, 72, is still very involved in the care of the vineyards. Michael’s favorite is the original, while Otto enjoys the winery’s Col Fondo, which undergoes a secondary fermentation in bottle and still has some of the lees at the bottom. The on-site restaurant serves Italian food like cichetti, pizza, and pasta (including gluten-free pasta). Electric bikes are available for guests who want to ride around the property, and yoga in the vines classes are offered twice a week under a massive gum tree. 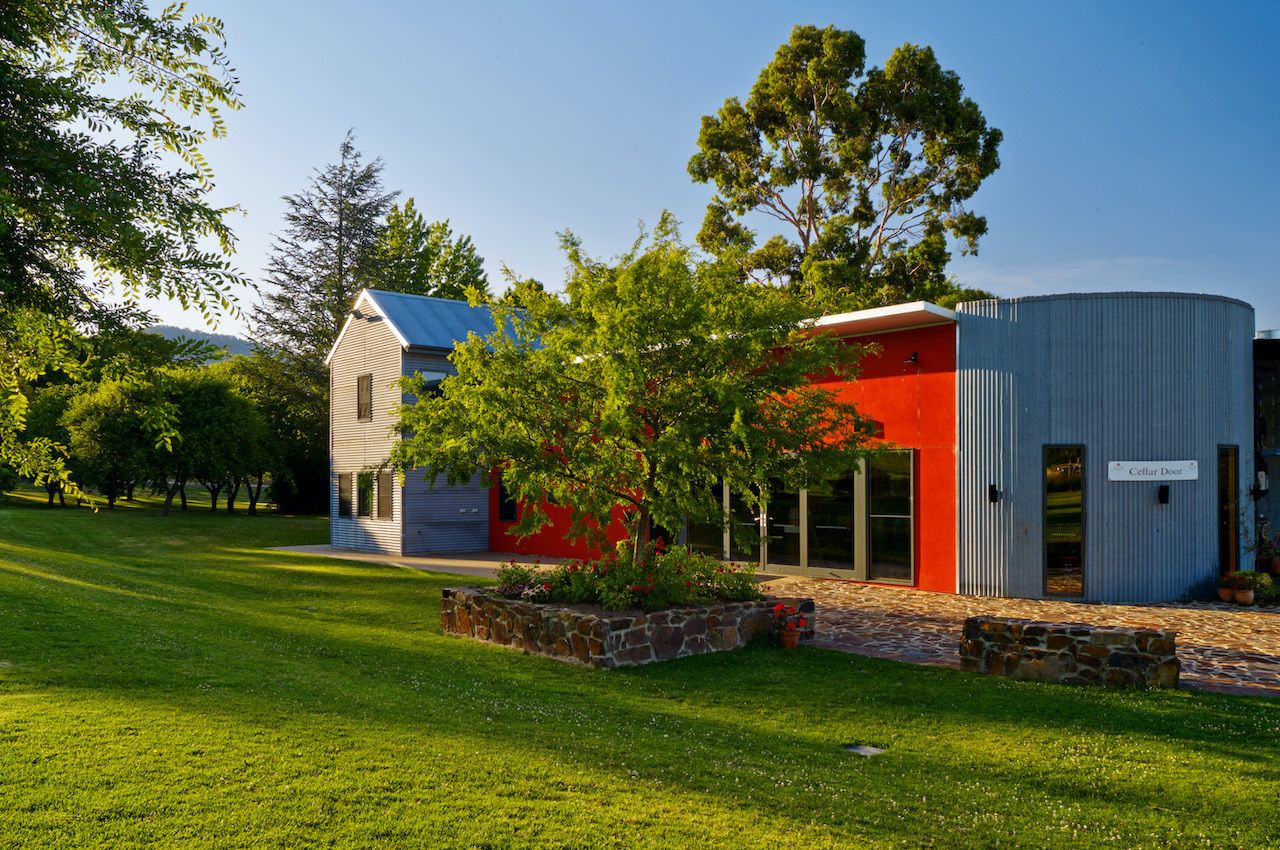 Alfred and Katrina Pizzini work the Pizzini winery along with their four children: Natalie, Joel, Nicole, and Carlo. The Pizzini winery began producing wines in 1994. Today, the family produces multiple Italian- and French-style wines from hand-picked grapes. A Prosecco-style wine was introduced in 2008, and there are three Prosecco-style options available today. The winery has events available for visitors, including a sparkling wine class, tastings in the vineyard, and a cooking school. 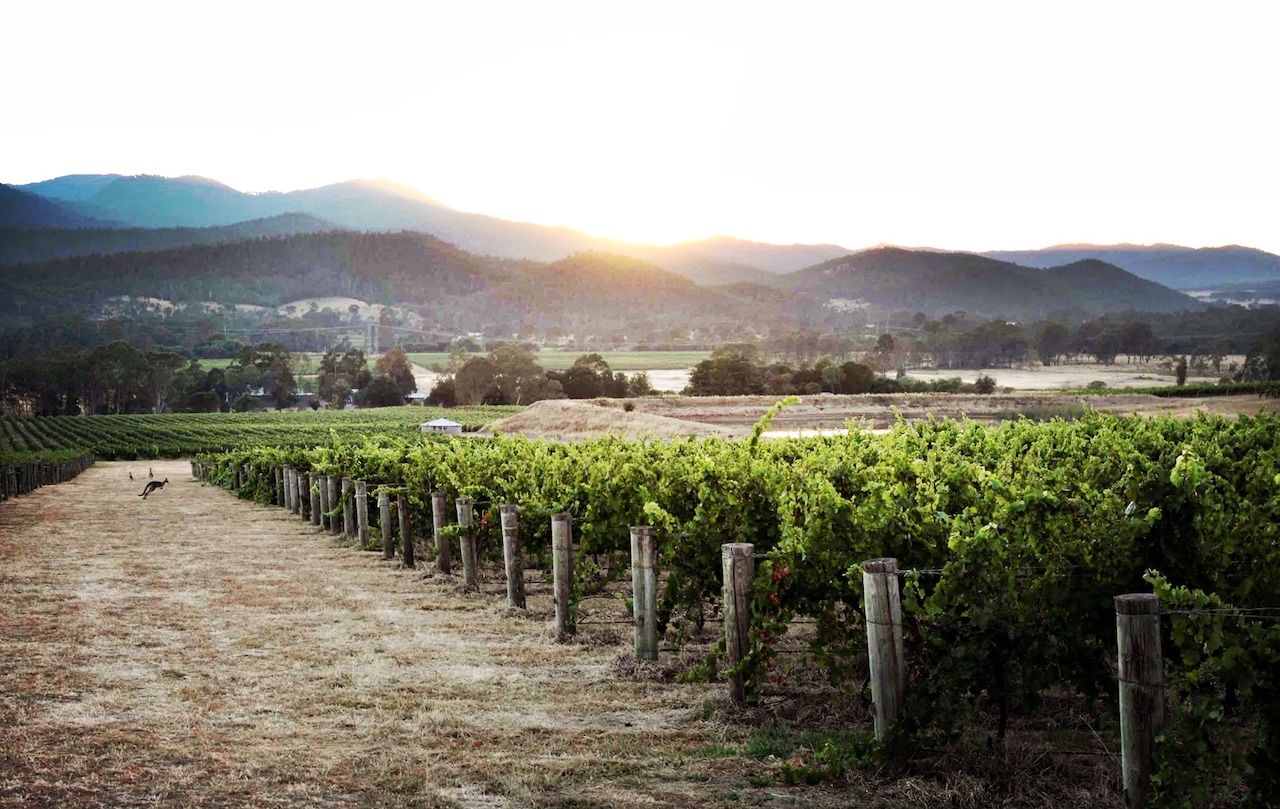 Arnie Pizzini came to Australia with his father and brothers in the 1950s. He worked chopping wood and with the tobacco growers in late 50s and early 60s. Like the rest of the family, he got out of the tobacco business and started planting vineyards and raising cattle. Arnie married Jo in 1980, and they produced their first two wines in 1996. The couple has now been making prosecco for 20 years. You can taste it along with Italian food from the on-site restaurant at Chrismont Cellar Door. 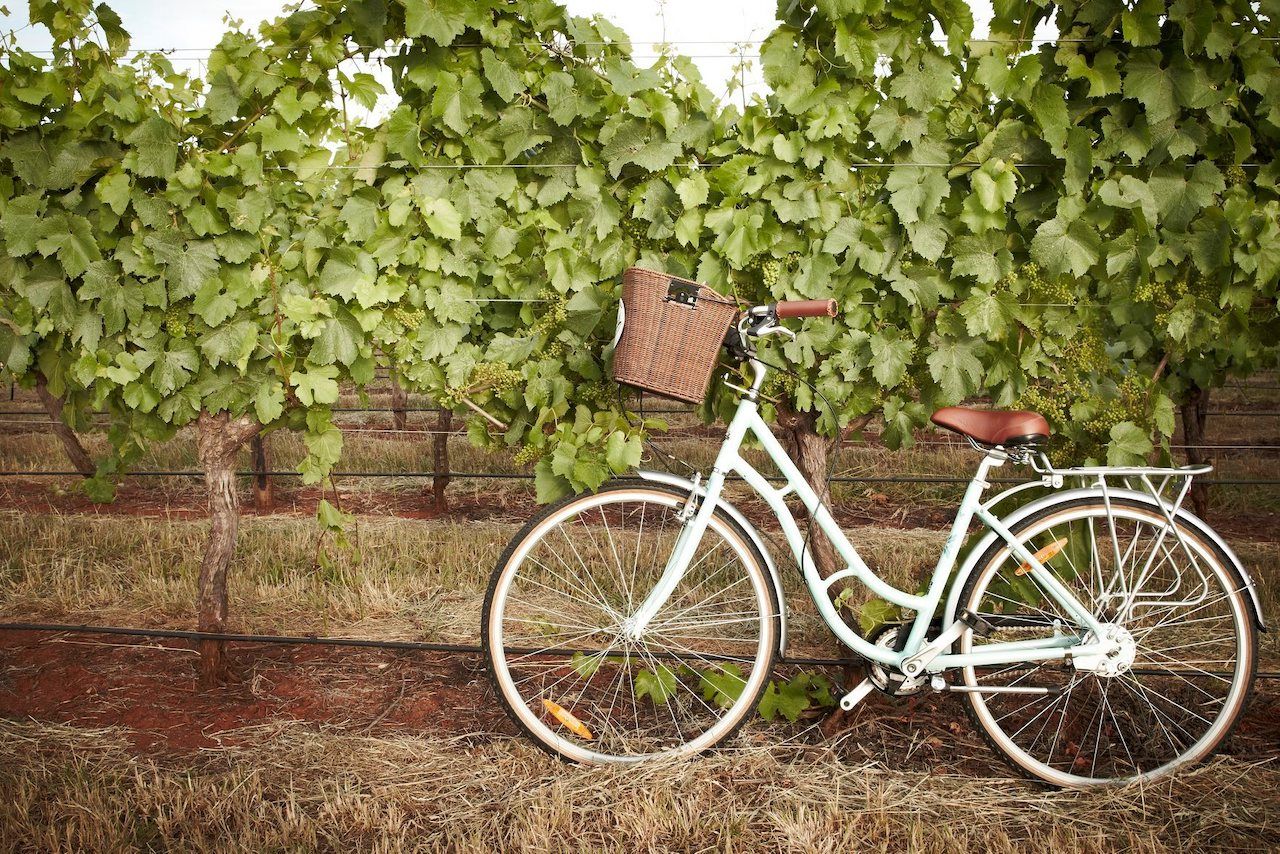 Brown Brothers has been making wine for 130 years. Although it’s a company built on tradition, it’s not a traditional wine company. Brown Brothers planted its first vines for a Prosecco-style wine in 2004 after seeing the success of Dal Zotto.

Today, the fourth generation — three sisters — of Browns are in charge. Katherine Brown, the winemaker, says she feels the brand’s bubbly “captures the vitality of King Valley and translates that into a refreshing aromatic wine perfect for all occasions.”

Patricia’s Table, the winery’s “epicurean center,” is named after the family’s late matriarch.

WineKangaroos and wine come together at this Australian wine lover’s paradise
Tagged
Wine Australia
What did you think of this story?
Meh
Good
Awesome