Venetians looking for a little something to tide them over until dinnertime have long gone to small wine bars called bacari to nosh on snacks like marinated anchovies, bruschetta, and grilled shellfish called cicchetti. Locals go from one bar to the next, nibbling on a few toothpick-skewered bites and washing them down with small glasses of cheap house wine that comes in two options: ombra rosso or ombra bianco.

Recently, cicchetti have migrated from the bacari to upscale restaurants and hotels, with chefs offering elevated versions of these casual appetizers during aperitivo hour.

“Having an aperitivo with cicchetti is a very convivial experience,” said Giorgio Schifferegger, chef at the island resort San Clemente Palace Kempinski Venice. “It’s typically an informal and fun gathering.”

Cicchetti are very similar to Spanish tapas or pintxos, which are little morsels served in bars in the Basque region (often on toothpicks) accompanied by a glass of Basque cider, Cava, or swigs of wine from a porrón.

“The cicchetti culture…is about the community coming together to enjoy snacks and a glass of wine,” said Fabio Trabocchi, the chef behind Fiola at Dopolavoro at the JW Marriott on the Isola delle Rose. The location matters less, he said, than shared socializing and the use of simple yet high-quality ingredients.

Wherever you eat them, cicchetti are an important experience in Italy. As Trabocchi pointed out, “It’s a delicious form of cultural expression.” 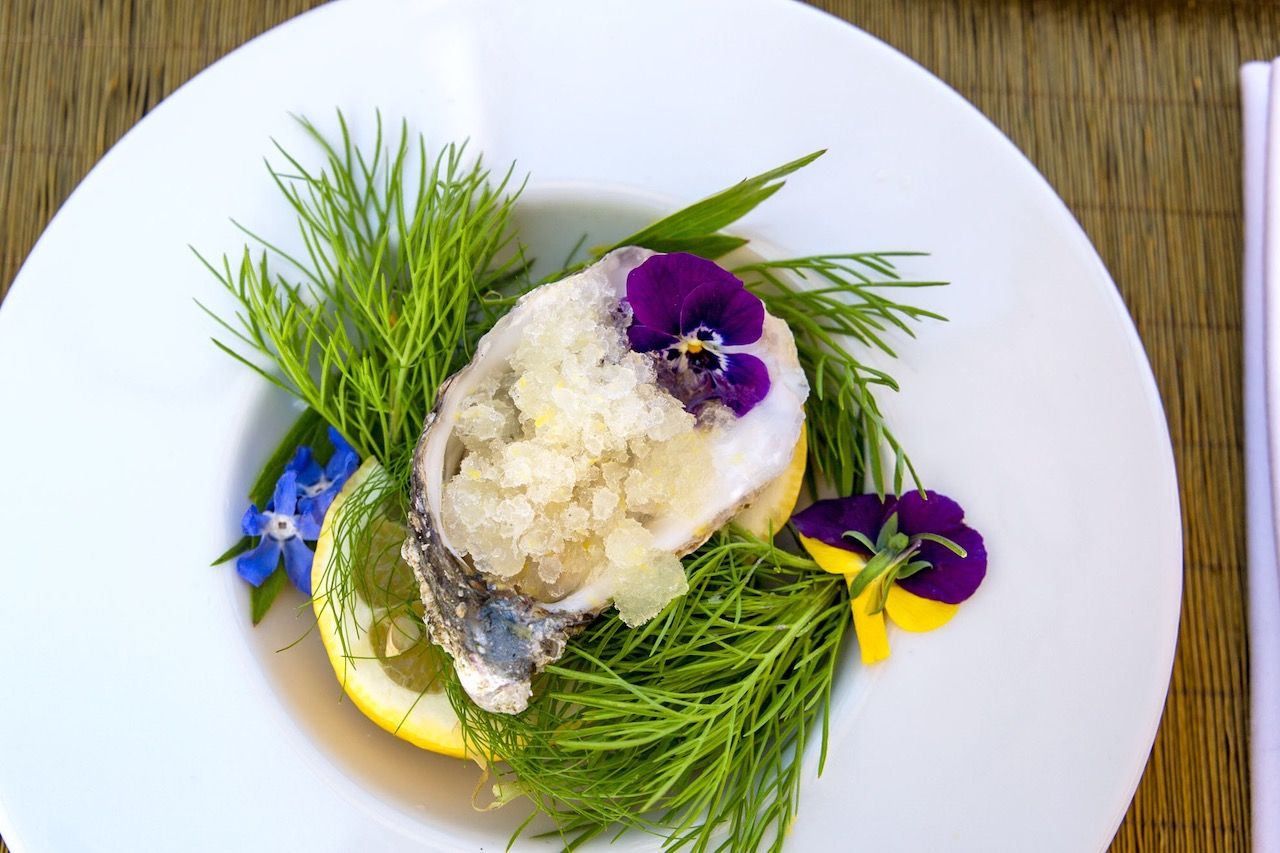 From its spot on Venice’s private island, Isola delle Rose (which is only accessible by boat), Fiola all but screams luxury. Seasonal ingredients are sourced from the surrounding area and from the garden on the island. The menu changes, but some staples include Trabocchi’s take on prosciutto d’oca affumicato (cured and smoked goose), pane con acciughe del cantabrico e burrata (toast topped with Cantabric sea anchovies and burrata), ostriche Gillardeau al limone (Gillardeau oysters with lemon), and fritto Veneziano di calamari e mazzancolle (Venetian-style fried calamari and Adriatic prawns).

Cantina Do Mori opened its doors in 1462 near the Rialto Bridge, making it the oldest bacaro in Venice. It’s now a renowned spot frequented by both locals and tourists. Cantina Do Mori maintains a classic vibe with a long wooden bar, copper pots hanging from the ceiling, aging photographs, and demijohns of wine behind the counter. There’s a long list of wines to choose from, and cicchetti include baccalà (cod), meatballs, sardines, and small sandwiches called francobolli. Note that, like many of the older and traditional bacari, Cantina Do Mori is standing room only. 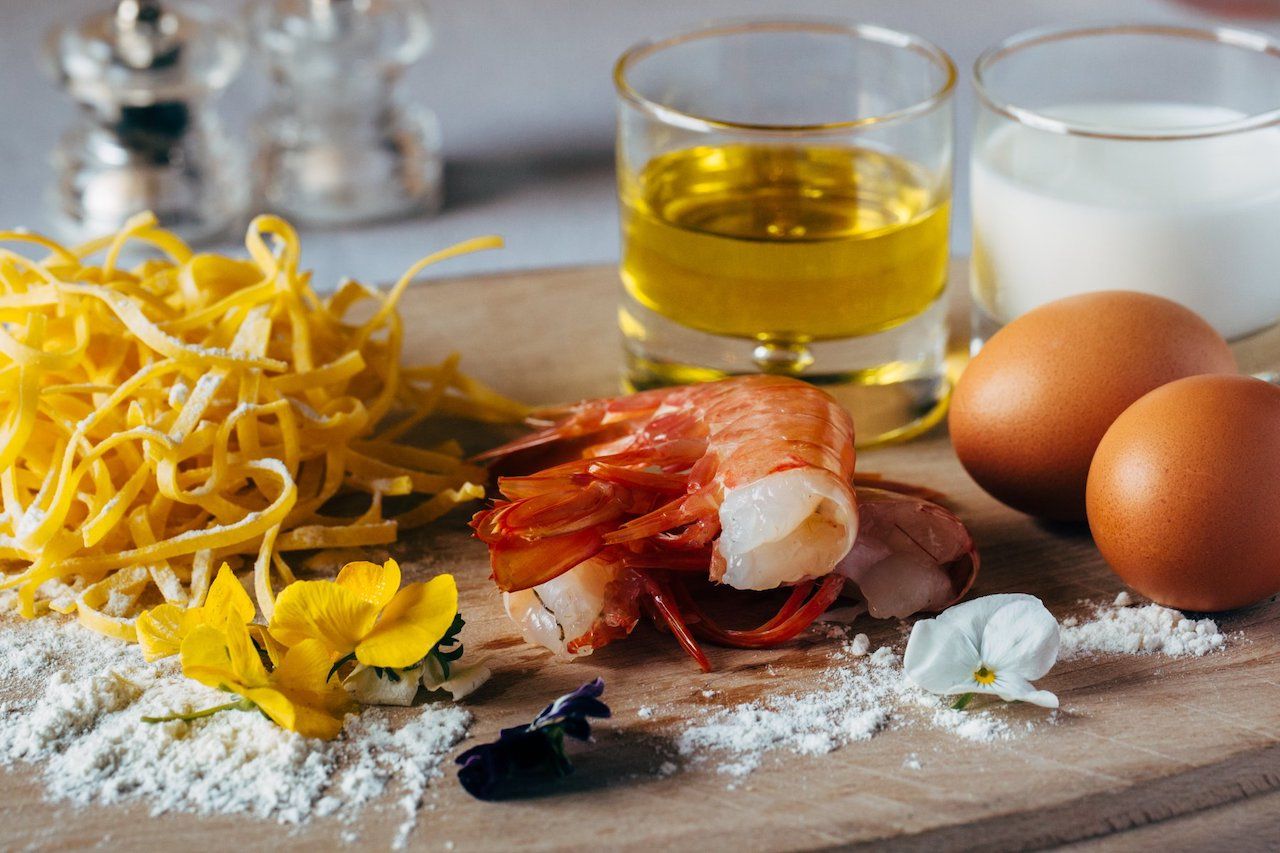 Baglioni Hotel Luna is a luxury hotel in the center of Venice, and its restaurant, Canova, is one of the classiest places to try some cicchetti. The atmosphere is 18th century elegance. The terraces open up to views of the canal and royal gardens in warmer months. The menu is a mix of traditional dishes from the region and international favorites.

Canova’s executive chef and native Venetian Massimo Livan plays off traditional selections. “Chefs are now taking the older, more traditional recipes and reinventing them with new techniques and revised preparations…to reflect a more elevated experience,” he said. For example, Canova serves sarde in saor (marinated sardines with pine nuts and raisins) with the addition of scampi.

All’Arco is by the Rialto Bridge and Cantina Do Mori. It’s another favorite among locals and tourists for lunch, especially the seafood cicchetti sourced from the Rialto Fish Market, and the affordable wine. Options include dishes like langoustines, calamari, liver served on bread, and sausage sandwiches. It’s an old school bacaro (so standing room only) that’s friendly and traditional. 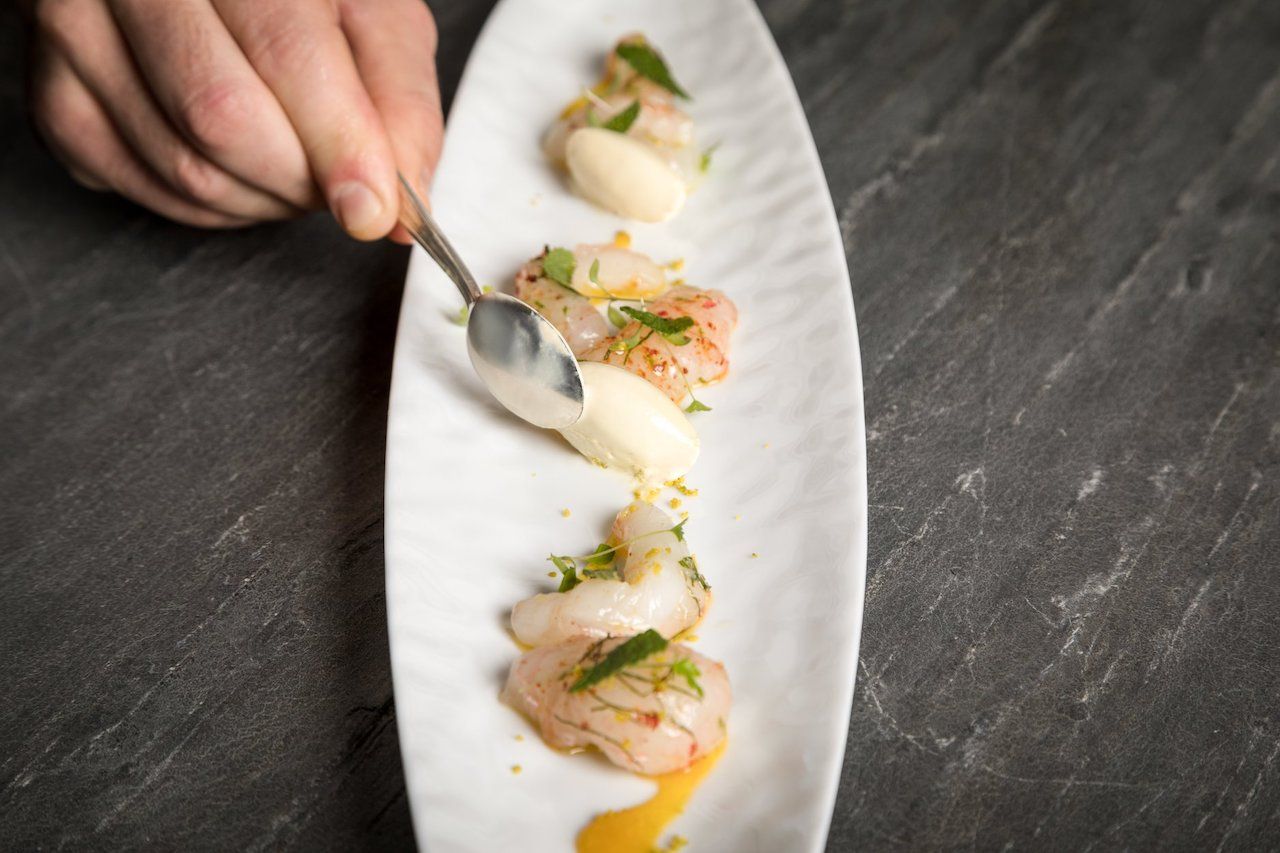 Club del Doge at Gritti Palace, a luxury hotel on the Grand Canal, has a focus on all things Venetian cuisine. Here, the region’s classic hits are a mix of local ingredients, tradition, and modernized recipes. You can sit outside on the terrace by the Grand Canal from April to October. Executive chef Daniele Turco has built a menu of ever-changing cicchetti like sweet shrimp over lemon-marinated artichokes, fish boiled in bay leaves with oranges, and polenta topped with fried soft shell crab.

Cantinone già Schiavi is a bacoro in the Dorsoduro area that’s one of Massimo Livan’s favorites. A wide selection of wines available for purchase fill the shelves on the walls, and a variety of cicchetti sit behind glass counters. It’s popular and there are times when you’ll be shoulder to shoulder with locals and tourists eating and ordering. Livan’s ordering advice: creamed baccalà, lagoon clams, and a small lagoon shrimp called schie enjoyed with a chilled glass of Prosecco di Valdobbiadene or an Aperol Spritz.

Insider GuidesDear Travelers To Venice: Please Don’t Come Until You Have Understood These 11 Things
Tagged
Food + Drink Venice, Italy
What did you think of this story?
Meh
Good
Awesome

How To Visit Venice Responsibly