Germany has its beer halls, France has its vineyards, and the Basque region of northern Spain has its cider houses. Every year from January to the end of April, the Basque region revolves around cider, or sagardoa in the native language. The beverage has been part of local culture for centuries, and it’s far from your average cider. Here’s where and how to enjoy it. 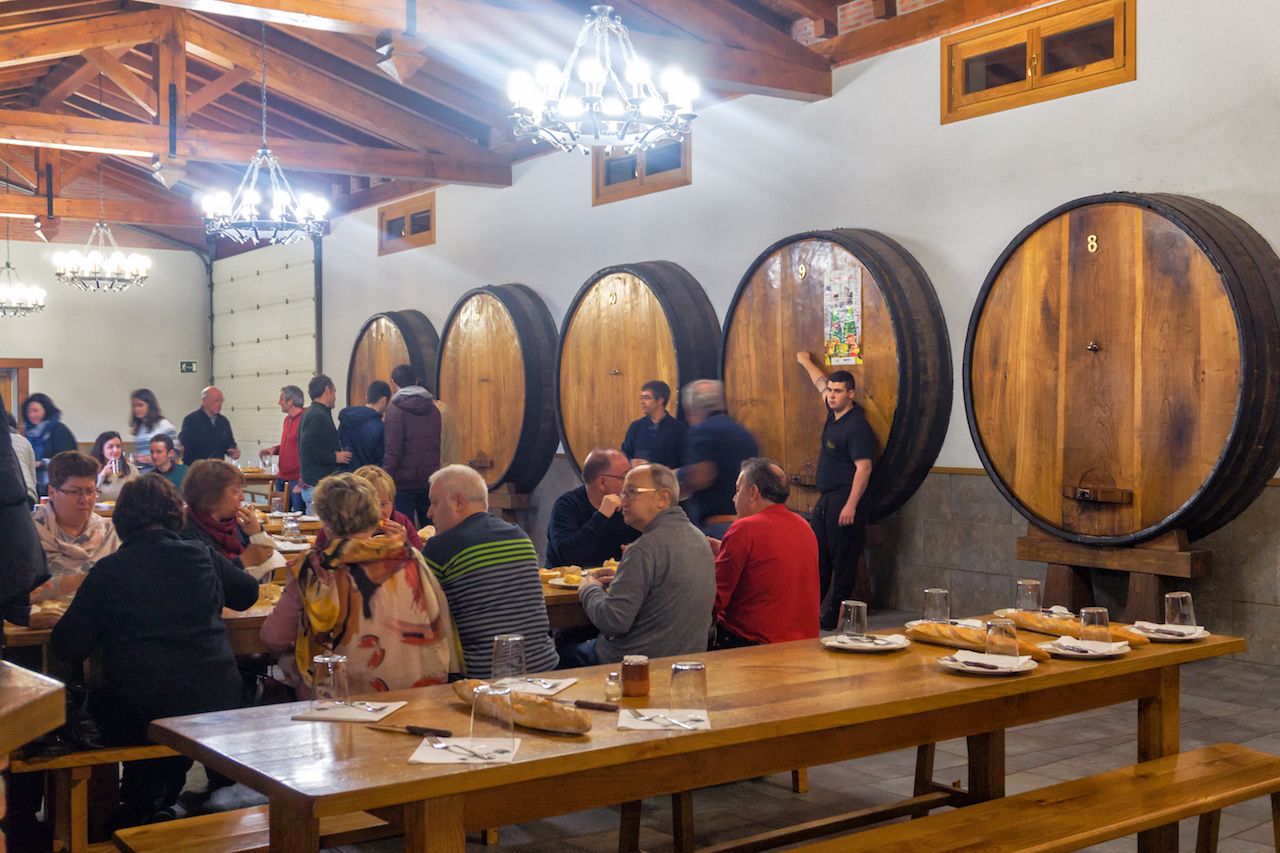 Cider houses, or sagardotegi, pack with locals and a few in-the-know travelers eager for a taste of the year’s cider. Conversations at cider houses are periodically punctuated with yells of ”txotx” (pronounced “choach”) as the tap of a 3,000-plus-gallon barrel is opened and people line up to catch their own drink from the spout. It’s a tradition unlike any other and something that should be on everyone’s travel to-do list. 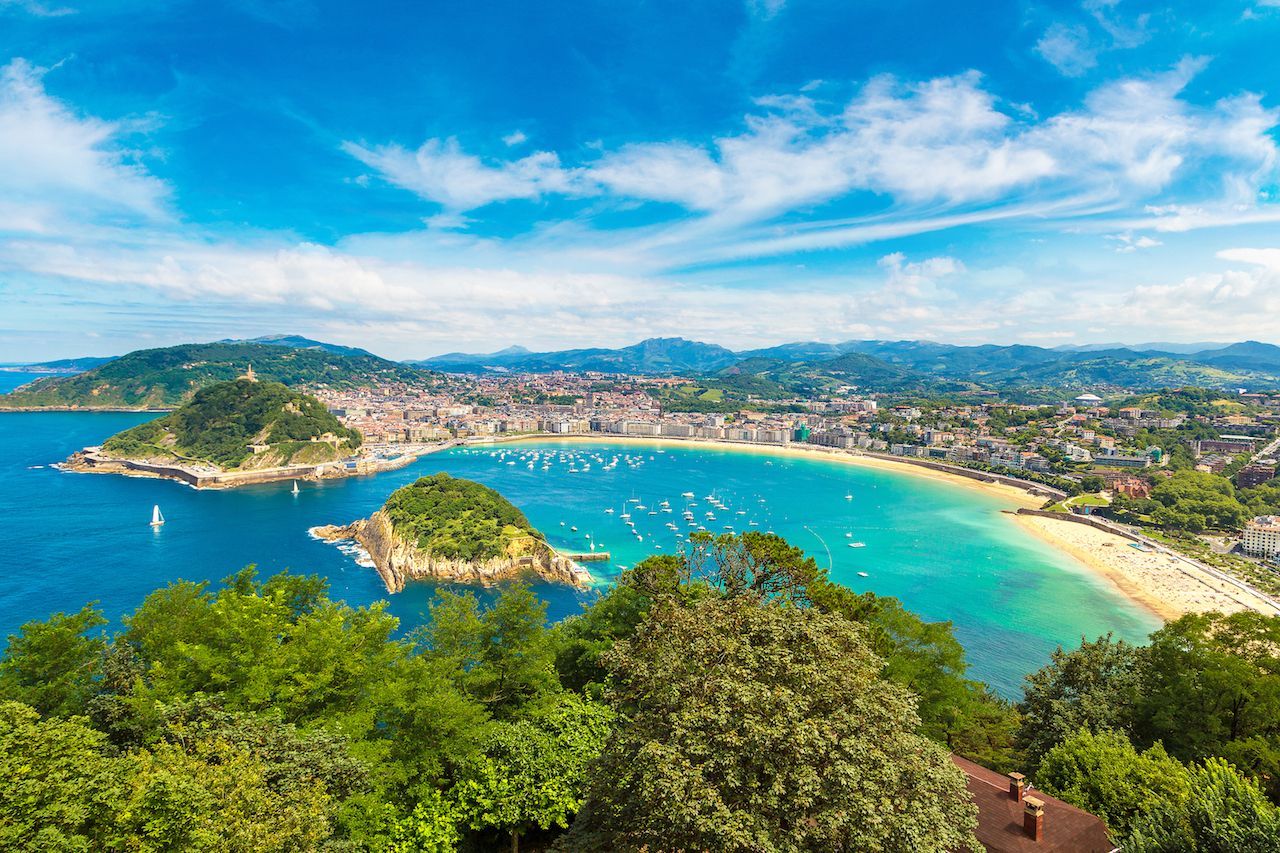 The cider capital of Spanish Basque Country is the 6,000-person town of San Sebastián. There are 19 cider houses in and around the town, each serving cider in generally the same way: The tap is opened, and a line of people forms to catch a glass. The first person places their glass in the stream of cider coming from the barrel, and the person behind positions their glass just underneath so the stream shoots into their glass as soon as the first person is done. This continues until the line ends, with plenty of food served throughout. 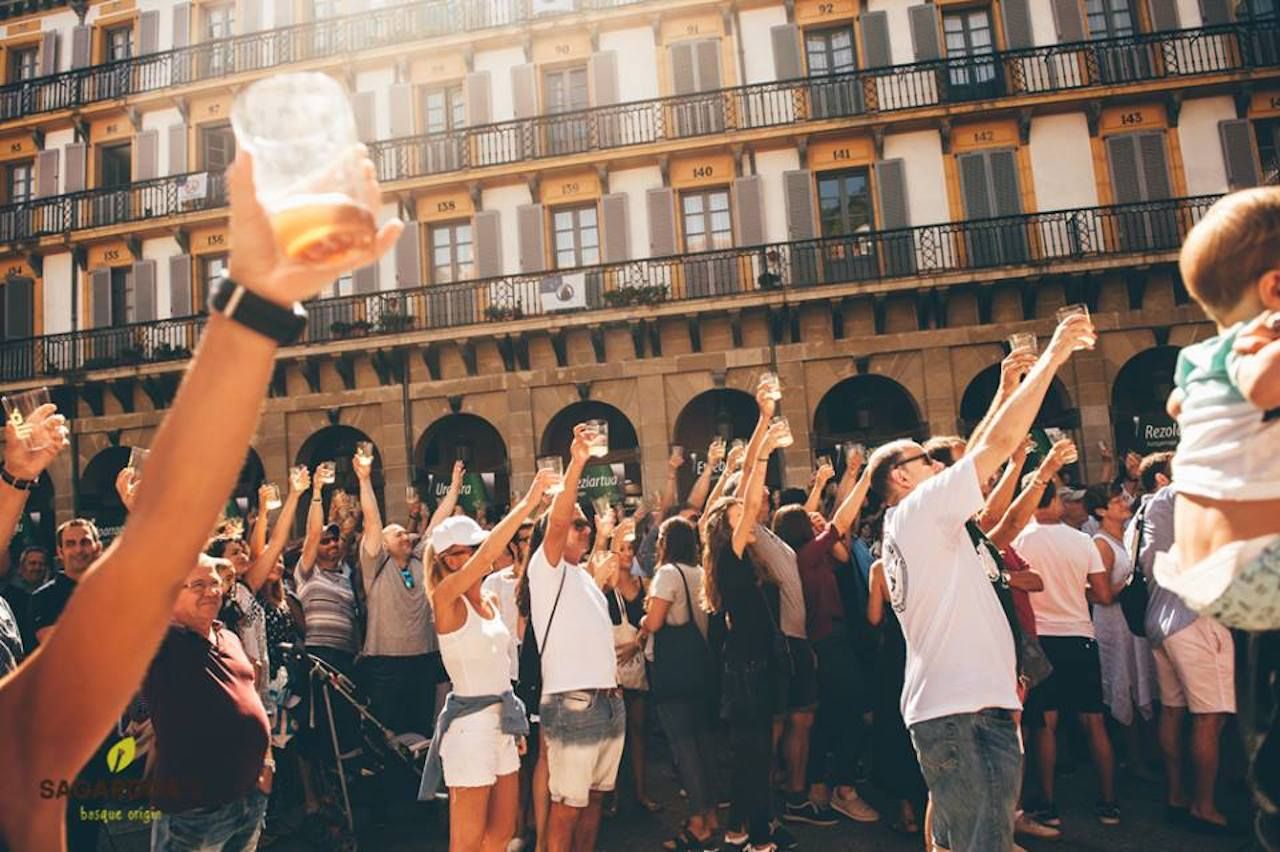 The San Sebastián Tourism Board states that “Proof exists to the effect that the Basques have been familiar with both apples and cider since time immemorial.” Other region-specific sources note that the first record of apple production in the Basque region was in 1014. Regardless of whose history you choose to believe, the Basque cider tradition is many centuries in the making.

In the early years, gatherings at cider houses were for people who would later buy the cider in bulk. Buyers would visit the cider houses to taste from the various barrels, called kupelas, and pick which cider they wanted. Each barrel is slightly different depending on the apples thrown in but all are naturally fermented, very lightly carbonated, and tart. Basque cider is also funky tasting with an earthy, straw-like flavor. The taste description is, to put it lightly, off-putting for anyone expecting what passes for cider in America. Peter Yi, the owner of the Basque-inspired Brooklyn Cider House, describes the style best as “a combination of all the flavors that require patience and dedication to understand.” It can be challenging on its own, but it shines when paired with food. 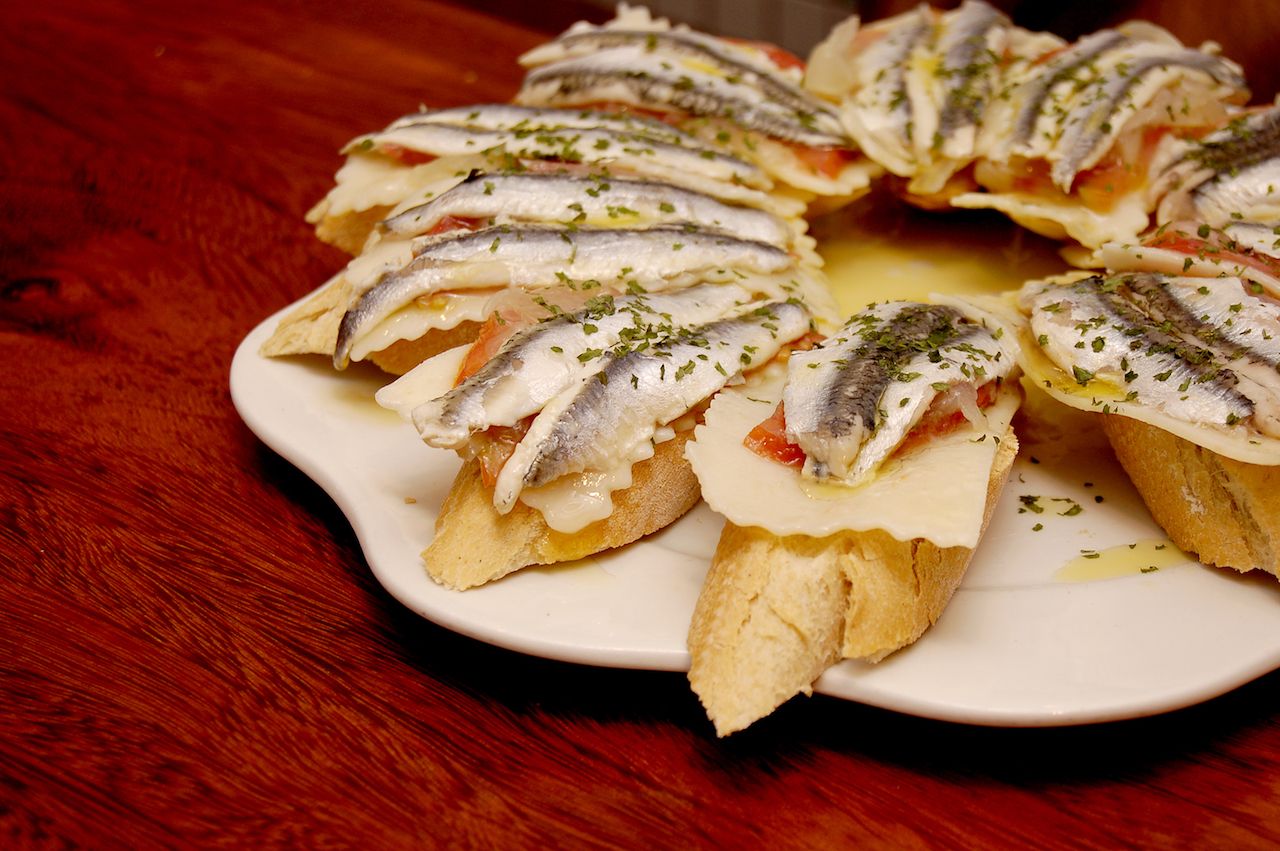 Enjoy it with a hearty meal.

As long as there have been Basque cider houses, there has been Basque cider-house food. Drinking on an empty stomach doesn’t lead to the best purchasing decisions, after all, and that’s what cider buyers were there to do. Basque cider is low in alcohol (usually around five percent), but surely there are stories out there of some hapless soul who went to buy the year’s cider for his tavern on an empty stomach, hit the cider stream one too many times, and left with the wrong order.

Food isn’t just a precaution at the sagardotegis, though; it’s a treat. The Basque region has more Michelin-star restaurants per capita than anywhere in the world. Menus at cider houses are more rustic but no less delightful. Salted cod, omelettes, steak, local Idiazabal cheese, jelly, and walnuts are traditionally served. People stand or sit at long communal tables to eat, leaving their plates only to go catch more cider in their glass. 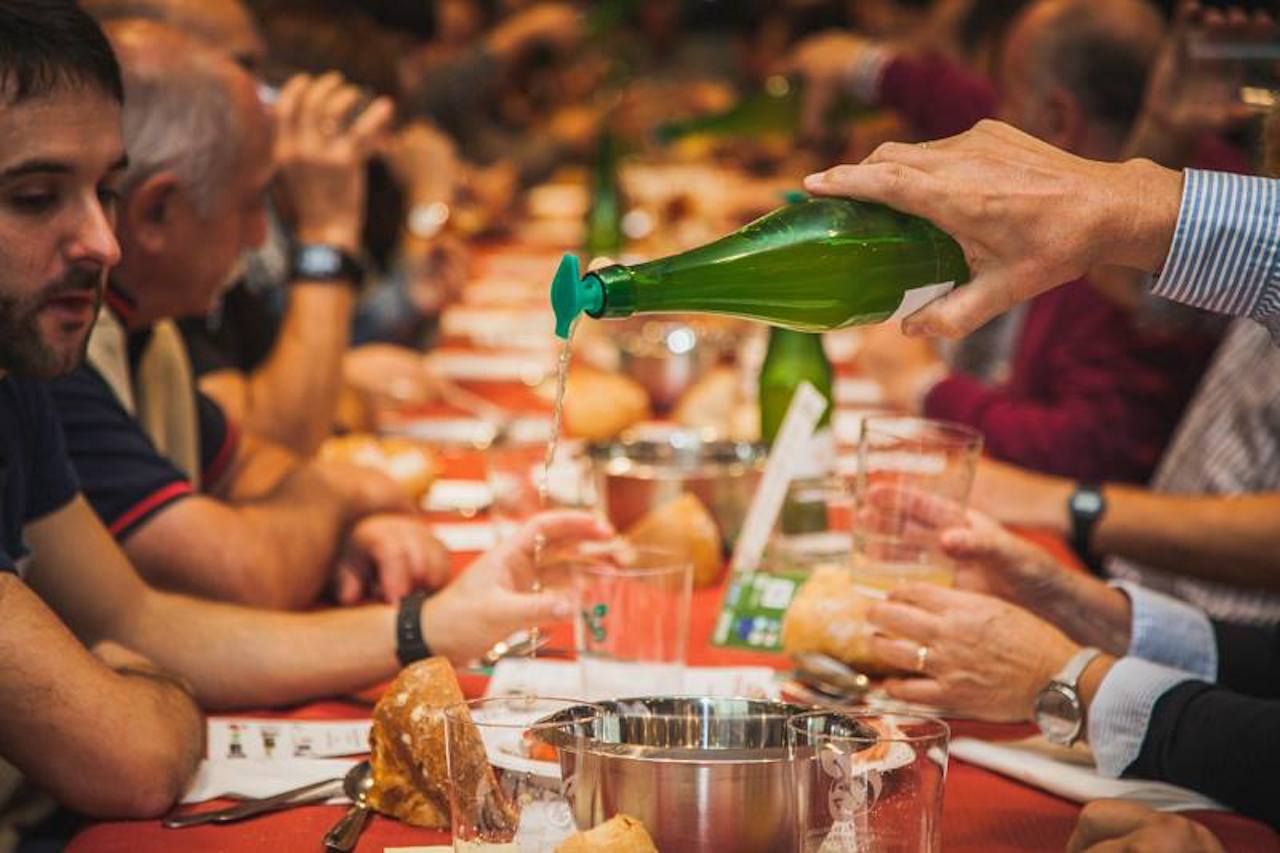 “When I tried ciders in the past, it was just the cider along without the food,” Yi, who spent 25 years as a wine buyer before opening Brooklyn Cider House, says. “It wasn’t attractive to me. But when I had it with food, it all made sense: It’s intended to be consumed with food. That was when the thunderbolt went off, and that moment just absolutely changed my opinion on cider.”

The taste and traditions of Basque cider are unlike anything else once you get the hang of catching it and acclimate to its unique flavors.

“Once you understand this cider, there’s no going back,” Yi says. “The cider is almost like an abstract painting. You can’t go head on with this cider and understand it immediately.” 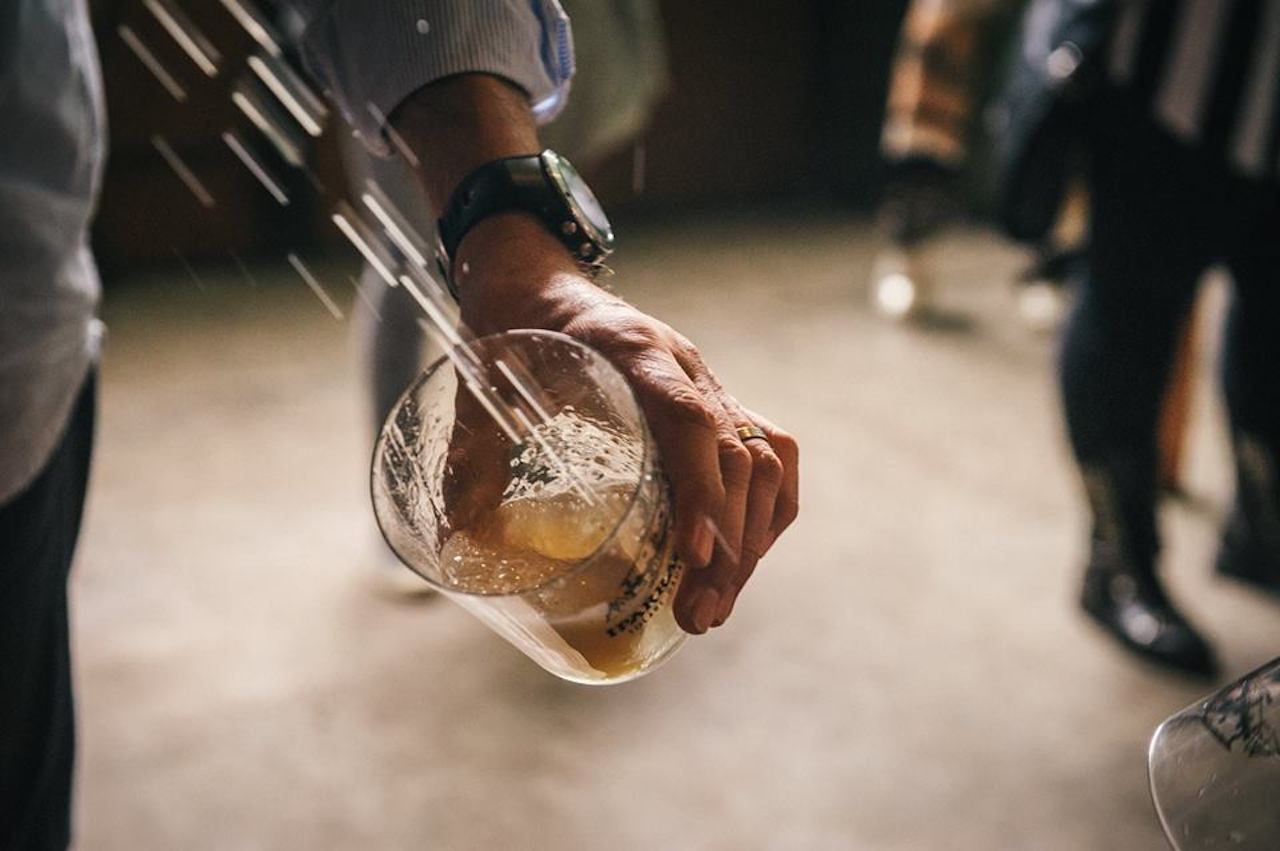 Learn how to catch and drink Basque cider.

The food and convivial atmosphere are great, but cider houses are about cider. That means that when you go, you should know how to get said cider into your glass the correct way.

First things first: stand in line. It may look like an unorganized mass, but there’s a pecking order. When it’s your turn, approach the stream of cider from the side so as not to get it on yourself. Place your glass underneath the glass of the person in front of you and follow through. You want the cider to hit the side and splash in — it’s OK for some to fall to the floor. The cider’s natural carbonation means that it has very few bubbles, if any at all. Catching it as it spurts from the barrel aerates it and gives it some life.

It’s important to limit how much cider you catch. It tastes best when freshly poured in small doses. (Don’t worry, there are plenty of opportunities to get up and try more.) 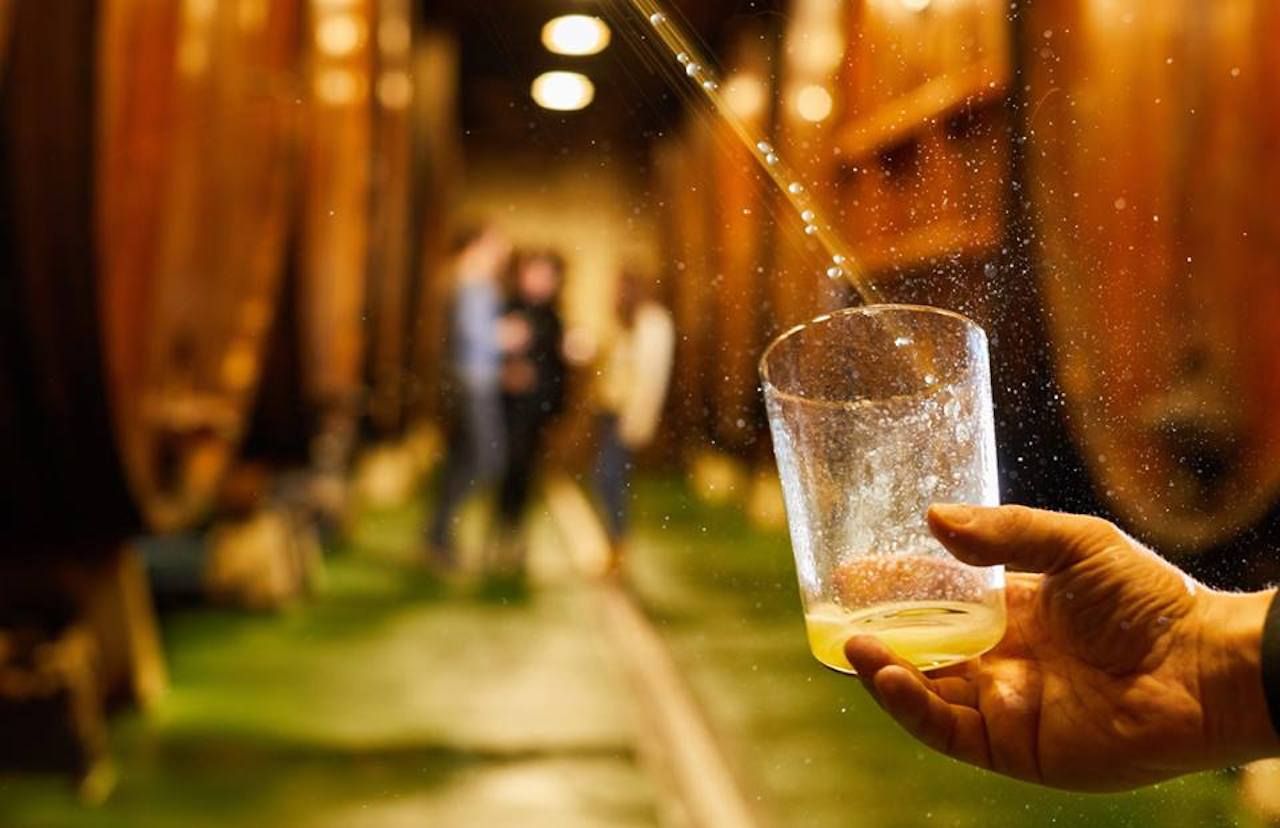 Know where to drink Basque cider.

San Sebastián is the first stop for anyone wanting to experience traditional Basque cider. There are numerous cider houses a short 30-minute drive from the town, as well as places accessible by taxi and public transport. Some of the popular sagardotegis are Zapiain, Petritegi, and Zelaia. Reservations are suggested but not required. In order to plan out your cider trip best, though, check out the Sagardoa Route, which provides info on 59 cider houses, trips and guided tours, and other cider-related events and Basque cultural experiences. 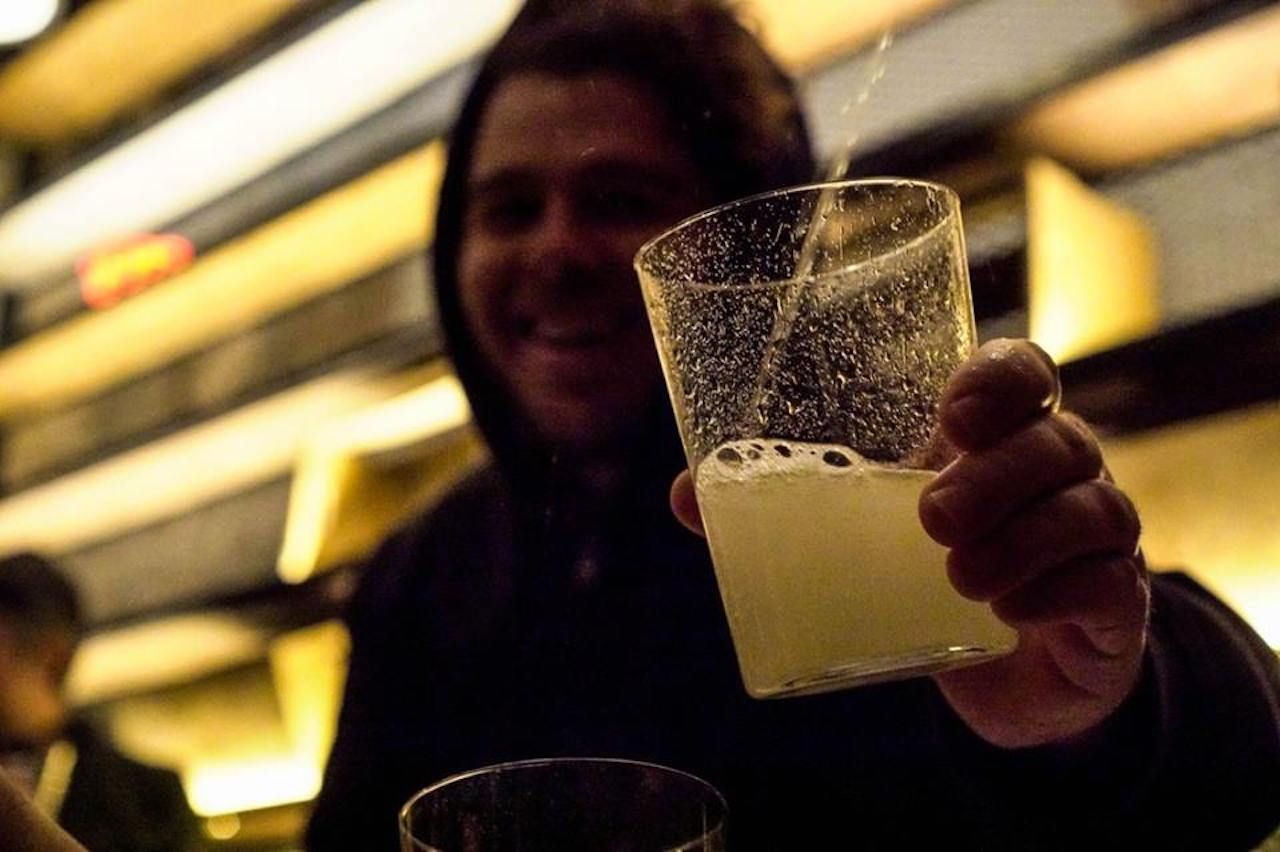 If you can’t make it out to Spain, Brooklyn Cider House’s 12,000-square-foot cidery and restaurant in the Bushwick neighborhood of Brooklyn offers a taste of sagardotegis using apples grown in New York state.

A Mix of Surf and Culture in Northern Spain

Exploring the Basque Country’s Cuisine on the IPhone