Wedged between an antique shop and a women’s boutique on one end of the street is Pub Lisboeta, a bar that’s hardly wider than its doorframe. The door stays open, weather permitting, revealing interior decor with no discernible theme: There’s a red neon sign scrawled across the back wall with “Lucilia” spelled out in cursive. The tiling is forest green. Nearly matching lamps hang overhead, and an elaborate chalkboard menu makes a fresco out of standard fare.

Pub Lisboeta stands out on Rua Dom Pedro V because it doesn’t stand out at all. It’s the sort of place that feels homey, even to newcomers, yet manages to stay local in an area of Lisbon that feels increasingly lost to Lisboetas. It’s Príncipe Real’s very own Cheers bar, where everybody knows everybody’s name.

A sign above the door announces the bar’s presence in bright white letters, yet you might walk by if you did not know to look for it. In fact, this traveler did exactly that, twice, even after it had been recommended. 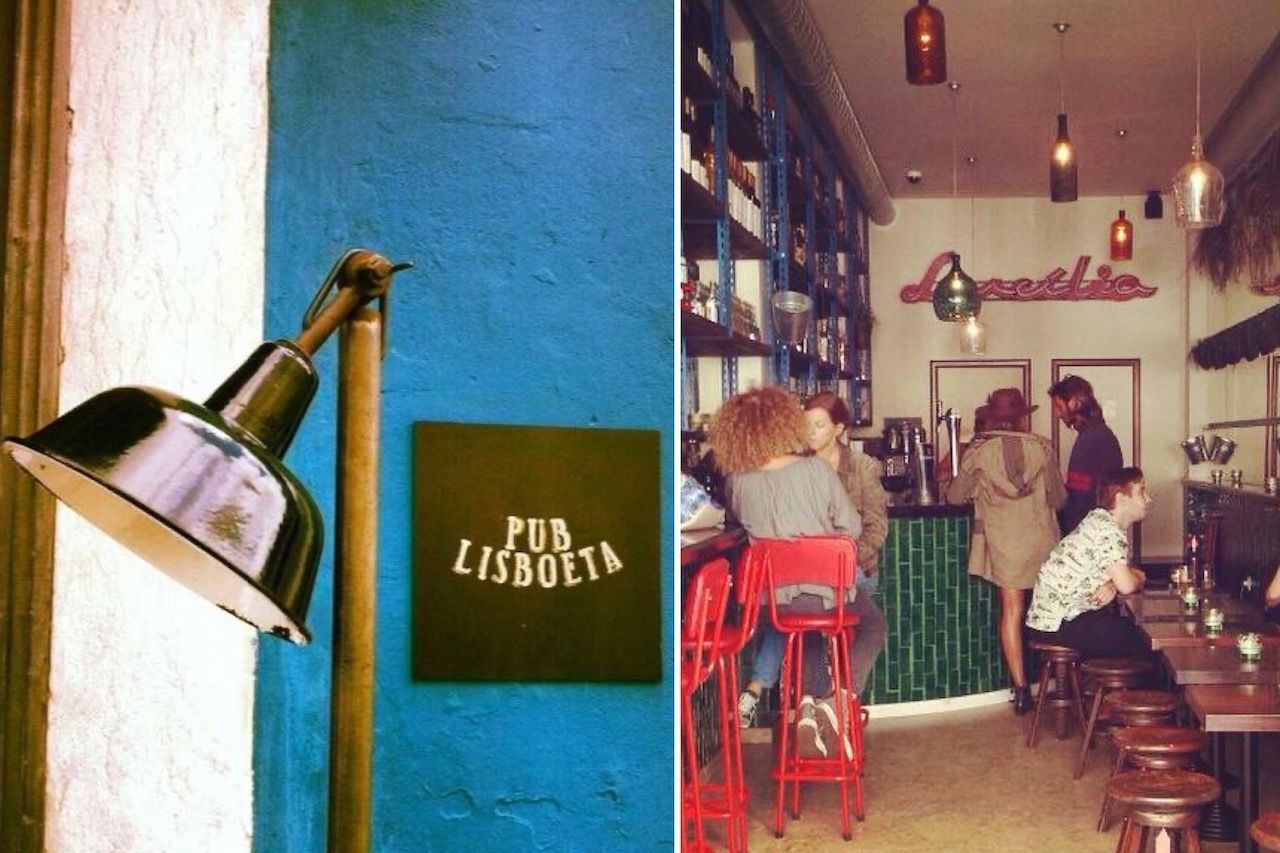 I’d booked an Airbnb in the neighborhood for a month. A friend flew in from London the weekend I arrived, and we decided to celebrate at A Cevicheria, where steel doors laser cut with an Escher print open to a lifelike orange octopus hanging above the bar like something on loan from the Smithsonian.

The wait would be 40 minutes, a mid-20s host with a German accent and messy blond topknot told us, suggesting a nearby pub whose name we missed for pre-dinner drinks. We walked a few blocks before deciding we’d gone too far, settling for watered-down mojitos at a terrace bar overlooking the Tagus before heading back.

Dinner was long. We ate Portuguese takes on ceviche and drank pisco sours until midnight, when our servers invited us to join the staff’s post-work drinks ritual at the now-mythic pub on the corner.

Noticing the sign for the first time as we trailed the A Cevicheria crew, I realized that what the host had recommended was not actually a pub, or even the pub as we’d heard, but simply “Pub.”

Pub is a bar with a modest kitchen, simple wine list, and small selection of craft beer, which can be hard to come by in Lisbon, where almost everyone is loyal to Sagres or Super Bock. The menu leaves no overwhelming impression, but the thin, crispy pizzas that get sent out periodically could pass for something you’d get at a restaurant a few countries over in Italy. 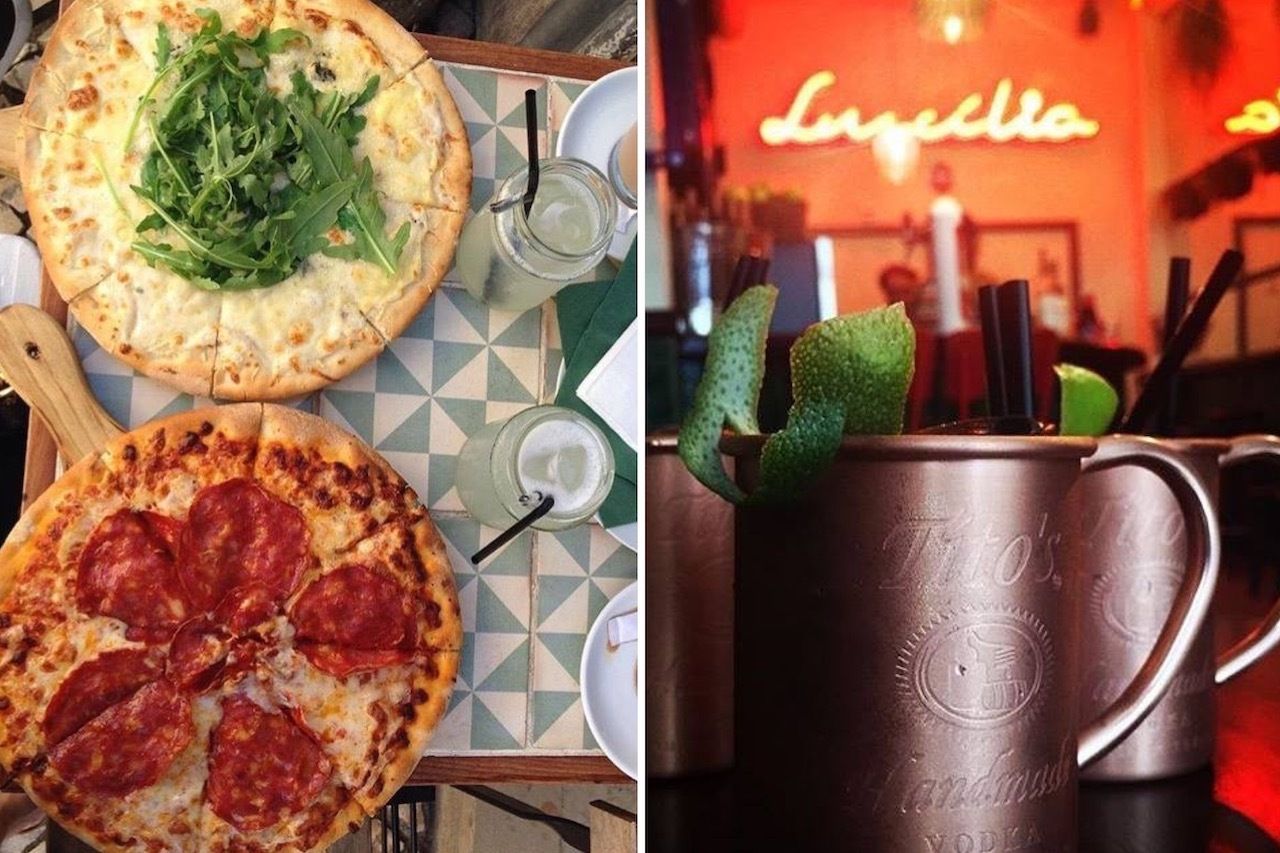 It’s run by a pair of guys named Bruno who everyone knows by name, if not when they arrive then by the time they leave. The Bruno with the trademark beard, whom you’ll often overhear sharing grooming tips with admirers, mans the bar. He’s the sort of bartender every patron secretly wants to know, the kind who gives you license to say, “I’m friends with the bartender,” even after meeting him once, and who’ll just as readily claim you as a friend.

The night we met, upon learning that it was not only my first time at Pub but also in Portugal, he improvised a tasting of ginjinha, a local cherry liquor, and moscatel, a fortified wine, in the middle of the bar’s busy hours, which fall somewhere between post-work and pre-dawn.

On slow days, the kitchen staff has been known to go off-menu, breaking out from the back of house to share bites among themselves and whomever else is around. On one afternoon visit, it was grilled sardines and roasted green peppers on garlic-rubbed toast. Between mouthfuls, the cook, Maria, and a concierge from the hotel across the street, Felipe, who like many of his colleagues dropped by Pub on his lunch breaks, taught me how to pronounce the words I’d picked up in Portuguese with the bounce and roundness from their native Brazil.

Another day it was paper-thin presunto shavings with a music producer from Vancouver who’d been returning to Lisbon, and Pub, every summer for years. 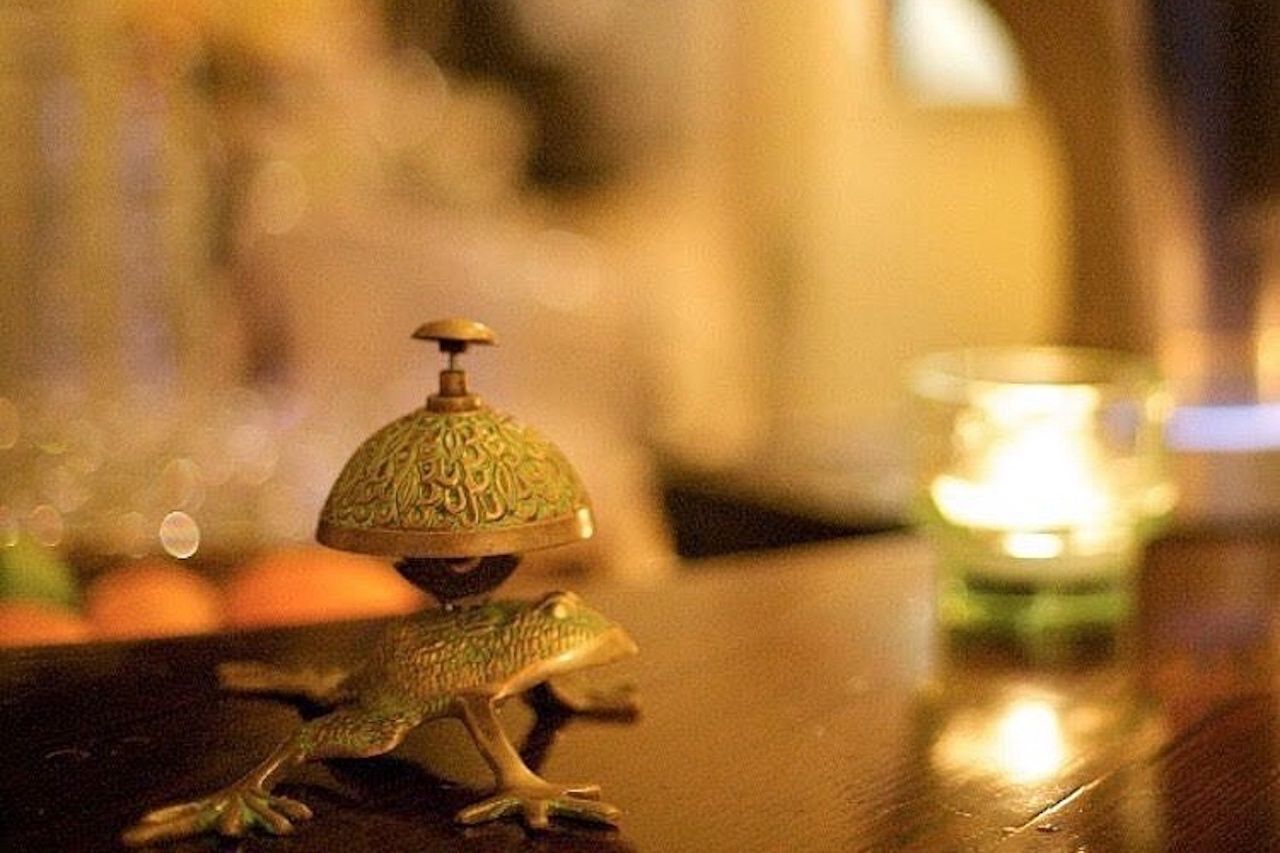 This was how I came to know Pub Lisboeta over my month in Príncipe Real, as a sort of Room of Requirement for anyone in the neighborhood, be it locals, expats, or tourists eager to fit in without taking over. I saw passersby caught in a rainstorm trickle in for shelter, one by one forgetting what brought them there in favor of a long happy hour. I saw soccer fans crowd around the postage stamp of a TV by the door to cheer on Sporting or Benfica, despite the many bars in neighboring Bairro Alto that would have been a better option.

And, sure enough, I ran into the A Cevicheria crew enjoying after-work drinks every time I lost track of the hour, including those who made the late-night commute on their days off.

I may have only borrowed Pub during my travels, but it’s the closest I’ve come to finding my very own Cheers bar. And that’s after having lived in Boston, not far from the actual Cheers bar.

Anyone would be lucky to call Pub Lisboeta their local bar, if only for a short time while on vacation. And you better believe that, as a regular, at least the Brunos will know your name.

17 Images That Prove Lisbon Has the World's Greatest Street Art

A Love Letter To Lisbon

Fear of the Big Drop