Before social distancing became the new normal, April was chock-full of major LGBTQ events, and while the coronavirus has caused massive cancellations (RIP Black Party 2020!), queer community leaders aren’t letting COVID-19 get in the way of their spring flings. LGBTQ outlets around the world have created virtual community centers, concert halls, and dance clubs to combat the isolation caused by the pandemic, and the options for connecting seem endless.

The only problem? With a wealth of noteworthy live streams to choose from, it’s hard to know which ones to watch. So, rather than contracting a severe case of FOMO trying to make a decision, pour yourself an obscenely large Ina Garten-style cocktail and follow this list to help navigate the best queer content you need to see all month long.

Queer people have a history of creating community under seemingly impossible circumstances. We’ve met in underground bars, seedy back alleys, and on desolate docks far from the watchful public eye. Today is no different. After Toronto went into quarantine, recording artist Andrés Sierra, producer Casey MQ, comedian Brad Allen, and digital creative Mingus New created Club Q (which stands for Quarantine) — a digital dance party that pops off every night at 9:00 PM on Zoom. The queer meeting space, which has amassed nearly 40,000 followers on Instagram since its March 16th inception, follows the tradition of our queer ancestors by creating a safe space for people to celebrate life even in the most uncertain of times.

College classes are canceled and libraries are closed, but that doesn’t preclude you from learning the ABCs of the LGBTQ community. If you’re looking to brush up on queer culture and history, look no further than Dr. Eric Cervini’s Quarantini — an LGBTQ book and film club. Cervini gives participants an assignment each day, and at 3:00 PM EST, he moderates a discussion based on the content. Last month, participants read Giovanni’s Room and watched the documentary How to Survive a Plague. This month, participants will be reading Celia Laskey’s Under the Rainbow. On top of being a Harvard grad with a Ph.D from the University of Cambridge, Cervini is a grade-A babe, leaving you no good reason to skip his class.

Lady Gaga might’ve broken our hearts when she decided to postpone the release of Chromatica, but as it turns out, she’s been super busy saving the world. She recently teamed up with advocacy group Global Citizen to raise $35 million for the World Health Organization’s COVID-19 Solidarity Response Fund, and she’s celebrating the success with a star-studded, Live Aid-style concert honoring healthcare workers on the front lines of the pandemic.

The event, called One World: Together At Home, will air on April 18 at 8:00 PM ET across multiple TV networks and online platforms. Expect appearances by queer icons Elton John, Lizzo, and a roster of other international superstars that outdoes any live-streamed event offered since communities shuttered in the wake of the coronavirus.

Gaga recently reminded viewers that the concert isn’t a fundraiser — the money was all raised before the performance, so “put your wallets away…and sit back and enjoy the show that you all very much deserve.”

4. Cheer on straight guys as they compete to see who’s gayer on Gayme Show.

“That’s so gay” is a good thing — finally — and it’s all thanks to Gayme Show, the new ‘70s-style competition show where two straight dudes compete to win the title “Queen of the Straights.” Much like Drag Race, this is low-brow entertainment with a high-brow backbone. Hosts Matt Rogers, Dave Mizzoni, and all their guests are gayer than Liza Minelli leading a Pride parade in Provincetown — including the straight ones — which joyously breaks down gay stereotypes one queer cultural reference at a time. The series premiered this month on Quibi, a new streaming service that creates high-quality, mini shows designed for your phone.

Drag superstars Bob the Drag Queen, Eureka O’Hara, and Shangela Laquifa Wadley are grabbing the United States by the balls in a new HBO series where they train small-town drag daughters to become confident queens for a one-night-only performance. If the show is anything like the preview, We’re Here will combine the theatricality of Drag Race with the tenderness of Queer Eye. The first episode premieres on April 23.

6. Check out the virtual events hosted by the world’s oldest LGBTQ bookstore.

Toronto’s Glad Day Bookshop opened in 1970 as a refuge for queer literature and has since become a multihyphenate coffee shop, cocktail bar, and dance club. Most recently, it has added a “digital playground” to the list in an attempt to give its community a space to congregate without leaving their homes. No wonder it holds the distinction of being the longest-surviving queer bookstore in the world — these queer lit lovers have an uncanny ability to adapt to the times.

Although the online offerings don’t come close to matching the 75 events usually held in the space every month, Glad Day Bookshop is still serving up a virtual smorgasbord of activities worth checking out. There’s drag bingo, creative writing workshops, readings of LGBTQ erotica, and even a Golden Girls-themed “fan frenzy” called Rose Beef. Thank you for being a friend, Glad Day Bookshop — we certainly can’t go down the street and back again, but we’ll most definitely see you online.

If you worship at the artistic throne of Paul Cadmus, consider getting yourself a sketchbook and trying out a virtual male figure drawing session hosted by NYC’s LGBT Center. The meeting, which usually takes place in Manhattan’s West Village, is being held online in light of NYC’s quarantine policy, giving out-of-towners an opportunity to join the queer visual artists who usually take part. The core group of attendees is a welcoming bunch of novices and masters who share and applaud one another’s work. Sessions cost $10 and take place on Zoom. Direct message the LGBT Center’s Instagram for details.

8. Get cozy while Dolly Parton reads you a bedtime story. 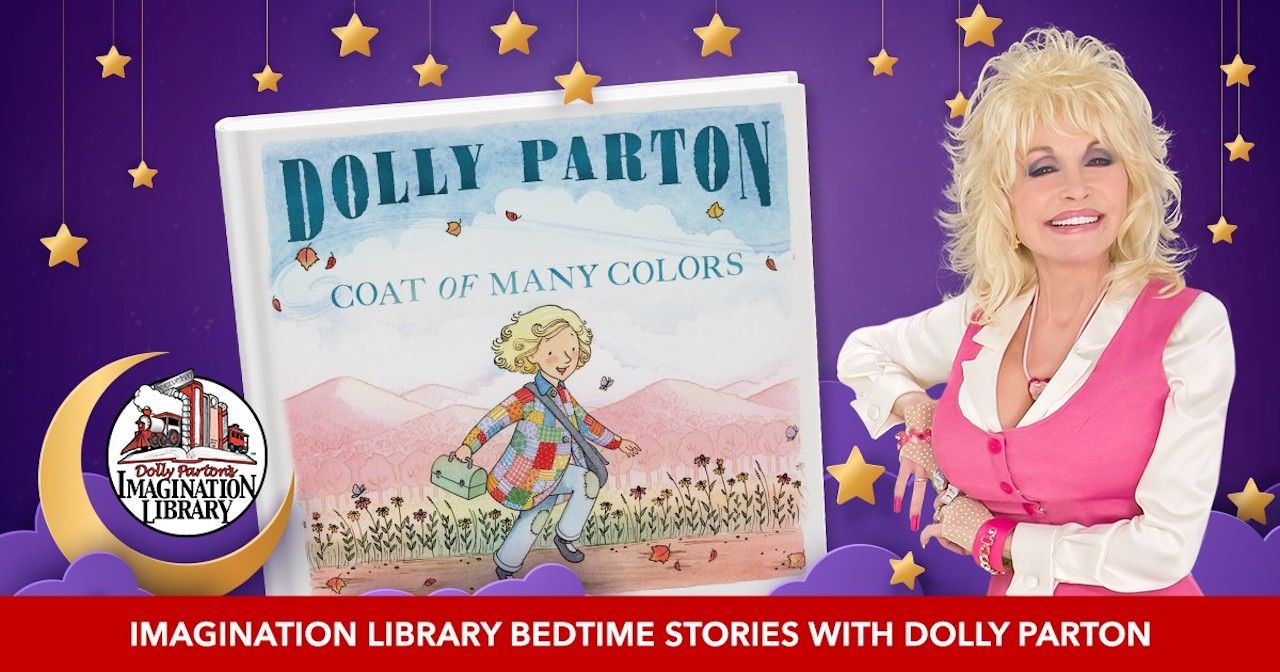 If current events are leaving you too stressed to sleep, fear not — LGBTQ ally Dolly Parton will put you to bed with her sweet Southern twang on Goodnight with Dolly. For the next 10 weeks, she’ll be reading bedtime stories from the Imagination Library, her literary program that mails free books to children. Tune in every Thursday at 7:00 PM on Facebook as she tucks into classics like The Little Engine That Could and other kid-friendly favorites.

9. Go behind the scenes with drag performer Sasha Velour and the team behind Nightgowns.

If Andy Warhol and James St. James had a love child in Weimar Berlin, you’d get Sasha Velour — the former Drag Race winner whose thoughtful performances deserve their very own MoMA retrospective. Luckily, you don’t need to go to the MoMA to experience her brilliance — you can watch it from the comfort of your phone. Nightgowns, a new series on Quibi that follows Velour as she helps an ensemble of performers craft their solo lip-sync acts, is an art-house series celebrating the genius behind some of the world’s most ground-breaking drag.

While social distancing has led to the creation of incredible new digital content this month, let’s not forget the wacky and wonderful videos that made the internet fabulous long before COVID-19 caused a worldwide ruckus.

If you haven’t watched the delightfully untalented Dina Martina work her magical drag mayhem on the not-so-silver-screen, you’re in for a treat. Start with “Dina Martina Recites the World’s Neatest Speeches” and enjoy the ride.

Comedians Matthew Wilkus and Daniel Gordh recently released a new sketch on Instagram, “If Swapping Pics on Grindr was Literal,” which pays homage to the carefree days before quarantine. If you like what you see, their profiles are replete with plenty of entertaining content.

Oddball Cole Escola is clearly having tons of Instafun in light of the pandemic — his newest videos, including a long-winded monologue where he plays a pioneer woman waxing poetic about a massive poop, are insanely silly. Still, one of his best videos is undoubtedly “I’m a Mom,” an orange juice commercial from 2015 that takes an unexpected turn.

LGBTQ TravelGlobal Pride 2020 Going Virtual Is a Lesson in Making Pride Accessible for Everyone
Tagged
Entertainment LGBTQ Travel
What did you think of this story?
Meh
Good
Awesome