When Leonard Sullivan embarked on an Atlantis Events cruise in 2003, he wasn’t sure what to expect. “A close friend won two free tickets for showing his bum during a ‘Best Butt Competition’ at Splash in NYC,” he recalls. Sullivan, an NYC resident, was the lucky beneficiary of the second ticket. This would be his maiden voyage on a queer-centered cruise.

Splash, an iconic New York gay bar that opened in 1991, shuttered in 2013 — a common casualty in an exhausting list of queer establishments killed in recent years by digital apps and gentrification.

Atlantis Events, on the other hand, is steadily growing in popularity. The company threw its first shindig in 1991 and only attracted 300 attendees. Today, Atlantis hosts over 20,000 guests annually on multiple cruise ships around the world. Its 30th-anniversary cruise, set for January 2022, is already sold out. For some queer people, queer cruises fill a void once occupied by gay bars.

Since 2003, Lenoard has been on three more Atlantis excursions, including trips to the Hawaiian Islands, the Caribbean, and Europe’s western coast. On his last queer cruise in 2017, he celebrated a close friend’s 40th birthday. They met during his first journey nearly twenty years prior.

The accessibility of queer cruising 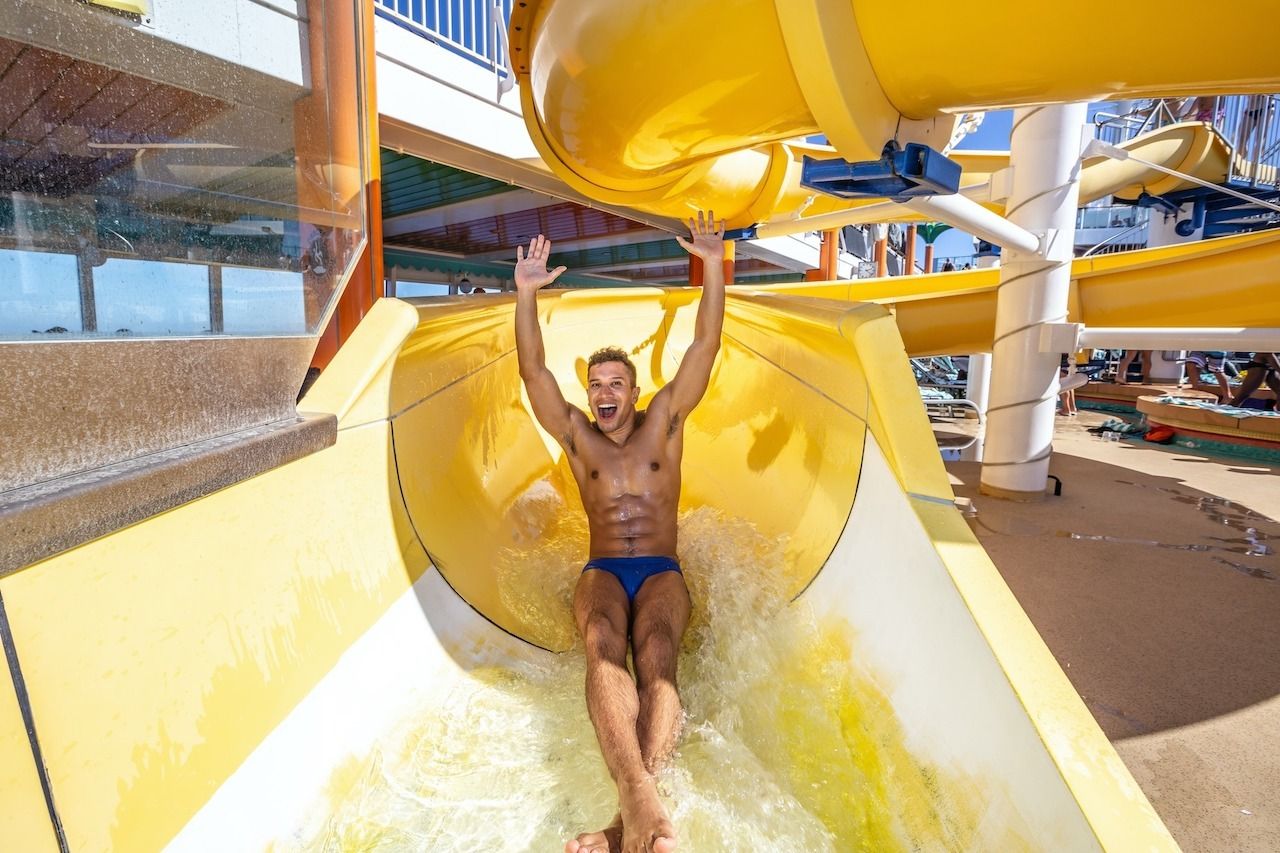 Friends aren’t the only easy things to find while cruising. A queer cruise is like a buffet for seasoned vagabonds and a starter kit for virgin travelers. “Everything you could want is easily accessible onboard,” Sullivan notes. There’s an abundance of activities, fine-dining options, world-renowned performances, and unparalleled nightlife.

The port-side excursions make pricey international travel accessible, too. “On a cruise, you can get a taste for multiple countries, dabble in different cultures, and decide where you’d like to go back in the future,” he says.

Although the libidinous circuit party atmosphere of Atlantis might not be everyone’s style, Sullivan praises the experience’s versatility. “What I like about these cruises is that they can be for every type of gay person,” he says. “At 6:00 AM, there are old men playing canasta and watching the sunrise while an afterparty in the basement is just letting out for the night. You can sit by the pool. You can surf. On top of that, you can see tons of amazing drag performers and gay comedians brought on the ship by Atlantis.” In his travels, he’s seen everyone from brassy belter Patti LuPone to comedian kinkster Margaret Cho. 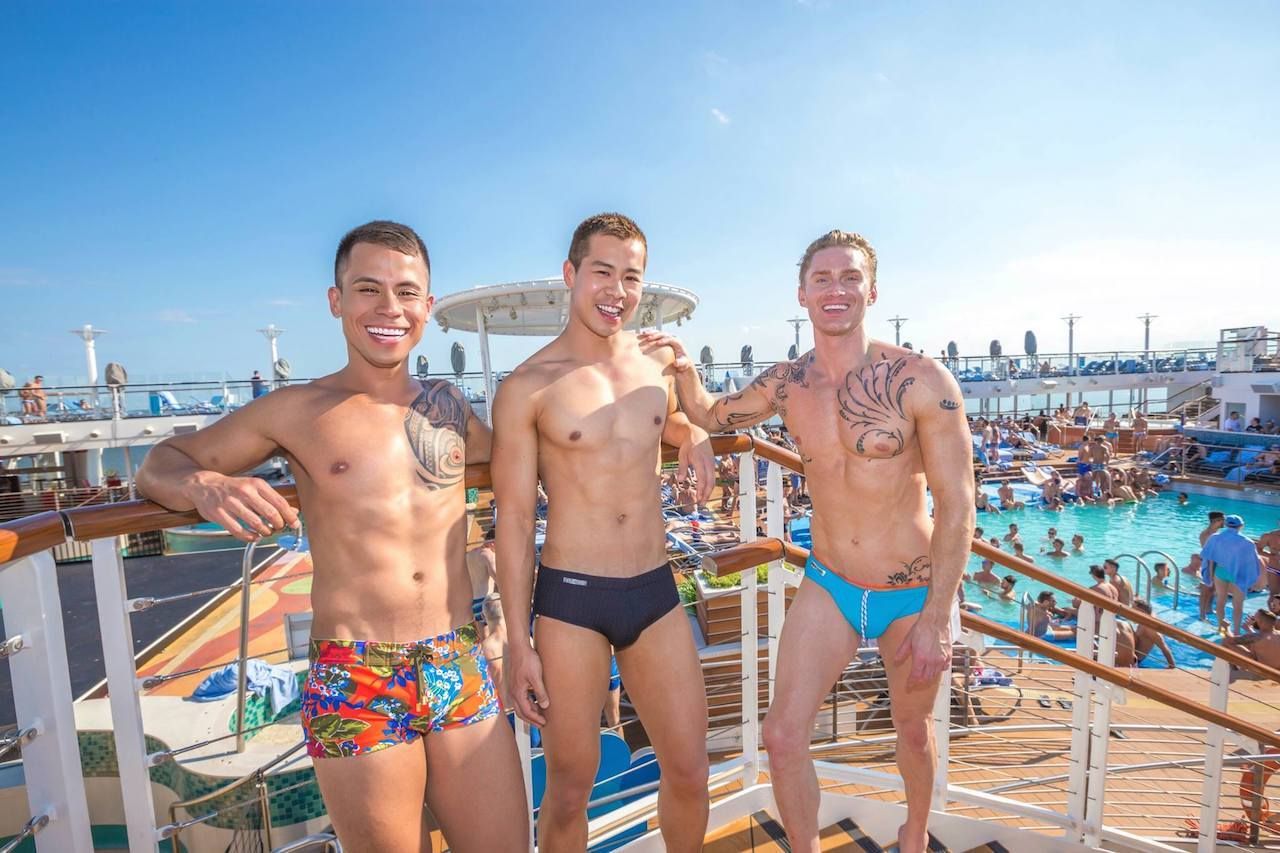 Julia Murney, a Broadway star who recently sang on a 2019 Atlantis cruise in French Polynesia, remembers there being “1,300 gay men, nine lesbians, and me.”

While she might’ve been the lone straight woman on the ship, she always felt welcomed. “I have a sneaking suspicion the kindness was related to the group of people on board,” she says. “I don’t know how it feels when you have to wonder if you can safely take your sweetheart’s hand in public. I hate that it’s a question that [LGBTQ] people have to ask. But I can imagine what it’s like on a vacation where you don’t have to think about it.”

On his last cruise, Sullivan met a few men from Egypt, where LGBTQ individuals regularly face discrimination and persecution. “These cruises are gay Christmas for me,” he says, “so for them, it must be another level of freedom.”

The ease cruise ships afford travelers is one of the many reasons the industry is starting to recover from the pandemic, albeit slowly. According to the Cruise Lines International Association, two-thirds of cruisers will hop on a ship in the coming year, and over half of international travelers without cruising experience will try it out in the next few years.

When it comes to cruising, queer travelers are some of the most excited to hit the poop deck. Atlantis isn’t the only event company to profit this year — LGBTQ-oriented summer trips hosted by Vacaya and Out Adventures have already sold out, too.

An array of queer cruise options 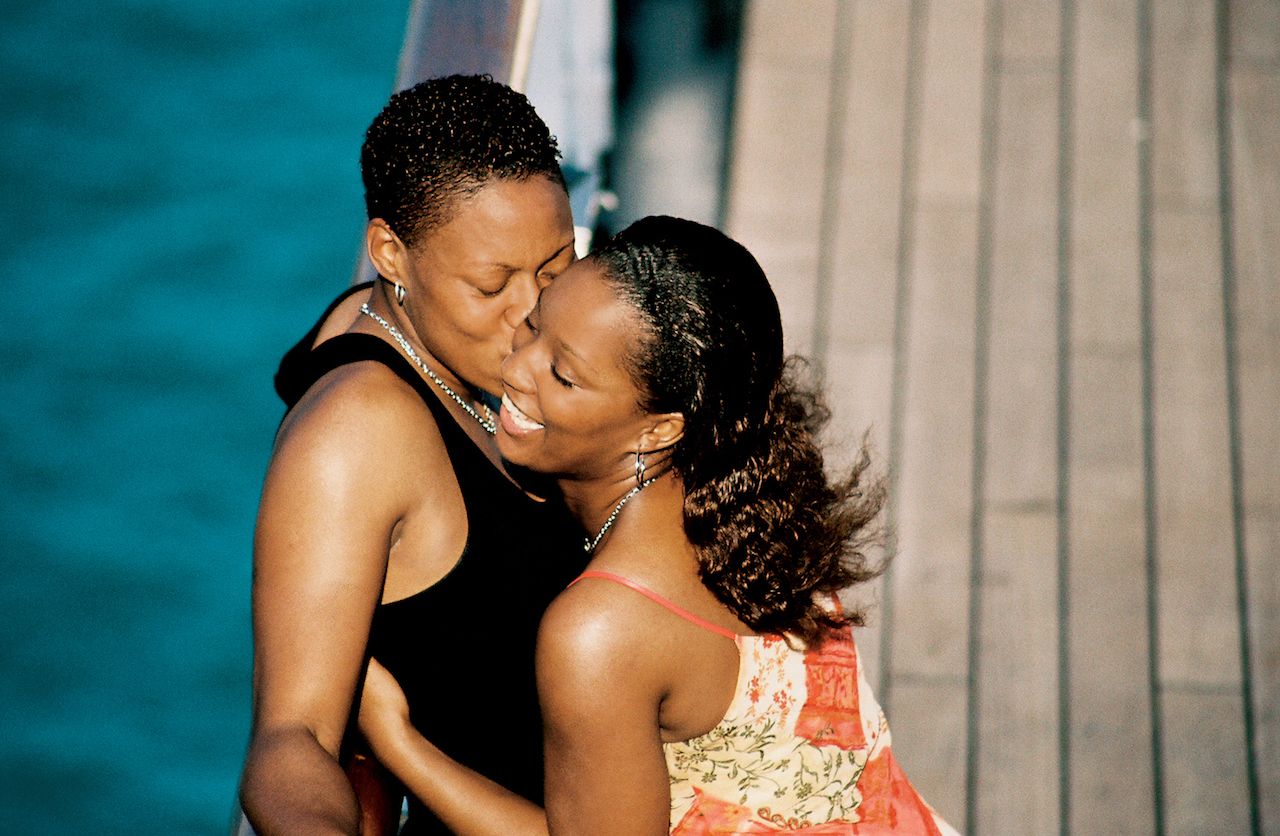 People might associate LGBTQ cruises with nightly Atlantis-style raves, but queer voyages come in all colors of the rainbow. Olivia Travel — a lesbian-centric tour operator — is regarded as the lady-loving equivalent of Atlantis. The company hosts around twenty trips every year, including cruises, adventure outings, riverboat tours, and resort stays. Its first all-lesbian cruise set sail in 1990, and today, it’s one of the only cruise companies dedicated to providing boat adventures specifically for the Sapphic set.

R Family Vacations — a cruise provider geared toward LGBTQ families and their allies — was designed to provide queer travelers a safe, judgment-free place to relax. In 2004, Murney performed on the company’s inaugural voyage. “This is the kind of cruise where two dads and their children come on board with one of their brothers, his wife, and their entire family,” she says. “Everyone is welcome.”

Since 2004, over 20,000 people have joined R Family Vacations for its one-of-a-kind experiences. “R Family’s reality is the correct reality — where a family is a family, and it doesn’t matter if there are two moms,” says Murney. “No one’s going to side-eye them.”

For those who find luxury-liner trips overwhelming, several cruise companies offer intimate boat tours instead. Out Adventures, an LGBTQ tour company, hosts private yacht cruises along Croatia’s Dalmatian Coast and to the Galapagos Islands. The largest boat accommodates 40 travelers. Brand G River Cruises, a deluxe river cruise company with an average of 60-150 passengers, takes travelers along rivers like the Danube, the Amazon, the Seine, and the Ganges to get an in-depth taste of specific inland regions.

Murney, who has also performed on river cruises, holds them in high regard. “You always see land, they’re much less prone to seasickness, and it’s much more convenient to get to the heart of exciting cities than on a big boat.”

The cost of queer cruises 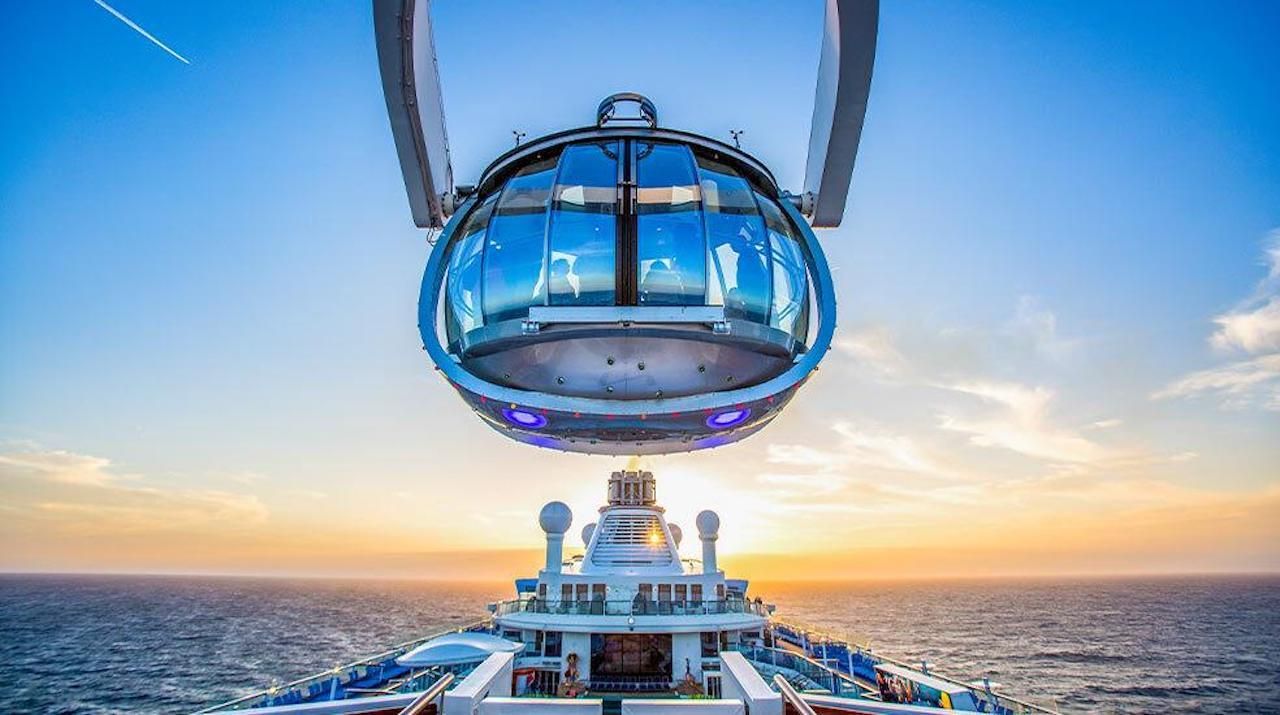 There’s usually a hefty price tag associated with the freedom found on LGBTQ cruises, but due to the pandemic, 2021 might be a cost-effective year to hit the high seas. Before last March, fares on Atlantis began at around $1,500 per person. This Halloween, travelers can hop on a West Coast cruise from LA to Mexico for $700 — the same rates Atlantis charged for its inaugural voyage 30 years ago.

It’s important to note that none of these fees include traveling to or from the ship’s point of origin, and many ships offer payment plans for passengers with financial restrictions. If you’re looking for a deal, be prepared to plan ahead — companies like Atlantis and Olivia often sell out a year or two in advance.

As for intimate cruises with companies like Out Adventures, prices begin around $4,000. With a high barrier to entry, it’s common for guests to be older and wealthier, with the median age onboard in the 50s or above. Atlantis Events attracts a slightly younger crowd from their early 30s to early 50s.

The price doesn’t end with the boat, either. Most gay cruises host elaborate theme nights where guests strut their stuff in costumes so intricate they give Bob Mackey a run for his money.

“Plan all your outfits for theme parties before arriving,” Sullivan suggests. “As much as you think you can throw something together last minute, you will want to be prepared.”

These nights become a competition in creativity and a celebration of queerness. “I’d love to see the overweight and extra-luggage fees for the people on board,” Murney muses about her Atlantis adventure, “because [the guests] came for the outfits. I mean full wigs, shoes — everyone was fully committed to the fantasy.”

Julia’s phone is filled with pictures of the most outrageous costumes she saw on the ship. There’s a team of bears in pink tutus, a gaggle of older men dressed as lady nurses, a smiling couple in leather regalia, and a muscled jock dressed as a baby shark.

In one picture, she points out a man wearing an inflatable wig as part of a campy high-seas drag ensemble. “Now that’s practical,” Murney giggles. The man in the picture tilts his head toward the sky and smiles like Debbie Reynolds playing the Unsinkable Molly Brown — eternally joyful.

Cruises you need to check out in 2021

Atlantis Events: The brand-new Greek Isles Cruise from August 15 to 22 will explore six Mediterranean destinations, including man-packed Mykonos and sun-kissed Santorini. The journey begins and ends in Athens. All guests and crew must be fully vaccinated for COVID-19.

The 4,000-person Bliss Halloween Cruise will haunt the high seas from October 31 to November 7, making stops in queer Mexican enclaves like Puerto Vallarta. The spookiest thing about this voyage? It’s actually affordable. Prices start at $699.

Olivia Travel: Explore the cerulean Pacific waters around French Polynesia on the Tahitian Intimate Luxury Cruise from September 2 to 9. With only 150 LGBTQ women on board, this week-long excursion will be a relaxing way to dip your toes into group travel without getting overwhelmed.

The Alaska and Glacier Bay Adventure Cruise from August 6 to 13 is a must-do for ladies who love nature. A park ranger will accompany guests for two days in Glacier Bay National Park, where the prospect of seeing glacial icebergs, seal pups, and soaring eagles isn’t just a possibility — it’s an expectation.

R Family Vacations: OUT on the Douro, a family-friendly LGBTQ cruise from August 1 — August 8, will weave its way through UNESCO-protected landscapes in Portugal and Spain on the S.S. São Gabriel — the newest ship to grace the Douro River.

Out Adventures: The Ecuador Galapagos Gay Cruise from November 13 to 21 boasts sunbathing with seal pups and swimming with marine wildlife. But don’t get too excited — hopeful travelers must join a waitlist if they want to experience an Out Adventure cruise this year. The company’s next available bookings aren’t until 2022.

Brand G River Cruises: The Prague and Danube River Cruise from August 16 to 25 will take guests from Passau to Melk, Vienna, Bratislava, and Budapest — a fun and efficient way to see Eastern Europe’s hottest spots with queer companions.

LGBTQ TravelWhat Is the Future of LGBTQ Safe Spaces?
Tagged
Cruises LGBTQ Travel
What did you think of this story?
Meh
Good
Awesome