The splendor of nature is hard to miss at the Novo Fogo distillery. Located in the heart of the largest protected patch of Brazil’s Atlantic Forest, Novo Fogo’s organic sugarcane fields are surrounded by trees and wildlife. Here, the brand makes cachaça, which is Brazil’s national rum-like spirit made from fresh sugarcane juice. It’s also here that you’ll find Novo Fogo’s home base for a larger project: helping restore what’s left of the decimated forest.

Though it’s less famous than the neighboring Amazon to the east, the amount of life that the Atlantic Forest sustains is no less staggering. Some 20,000 plant species can be found in the Atlantic Forest, according to the World Wildlife Fund, along with hundreds of mammal and bird species. Many of these species are endemic to the region, including 22 primates, 263 amphibians, and 6,000 plant species.

Bordered by mountains to the east and the Atlantic Ocean to the west, it’s one of the world’s great rainforests and was once one of the largest. Yet people have failed this diverse biosphere. The region is more internationally famous for the cities in the forest, Rio de Janeiro and Sao Paulo among them, than for the forest itself. Today, the Atlantic Forest is just a sliver of what it once was — researchers estimate that only about seven to 11 percent of the original forest still exists.

“It disappeared around us because there was no accountability,” says Novo Fogo’s founder and CEO Dragos Axinte.

He readily admits that cachaça has historically been a part of the problem. No one knows how many cachaça distilleries are in Brazil because many are unlicensed, but estimates range anywhere from 12,000 to 40,000, according to Imbibe. Barrels made from native hardwood trees take from an already hurting forest, and land had to be cleared for every sugarcane plantation. Though Axinte is also quick to add that, as one of the world’s only carbon-negative distilleries, his cachaça can be part of the solution.

In 2018, Novo Fogo started a project called the Un-Endangered Forest. The goal is to work with researchers and scientists to help save native trees threatened by deforestation. The project, and the distillery itself, is a model for locally focused sustainability.

“We see this as a way to right what was wrong,” Axinte says. “So we talk about this a lot.”

Luke McKinley, Novo Fogo’s marketing director, describes the brand’s sustainability approach as “more of a journey than a destination.” Protecting the environment and investing in the community is a marathon not a sprint, after all. These are some of the ways that Novo Fogo is helping ensure the longevity of the Atlantic Forest for future generations. 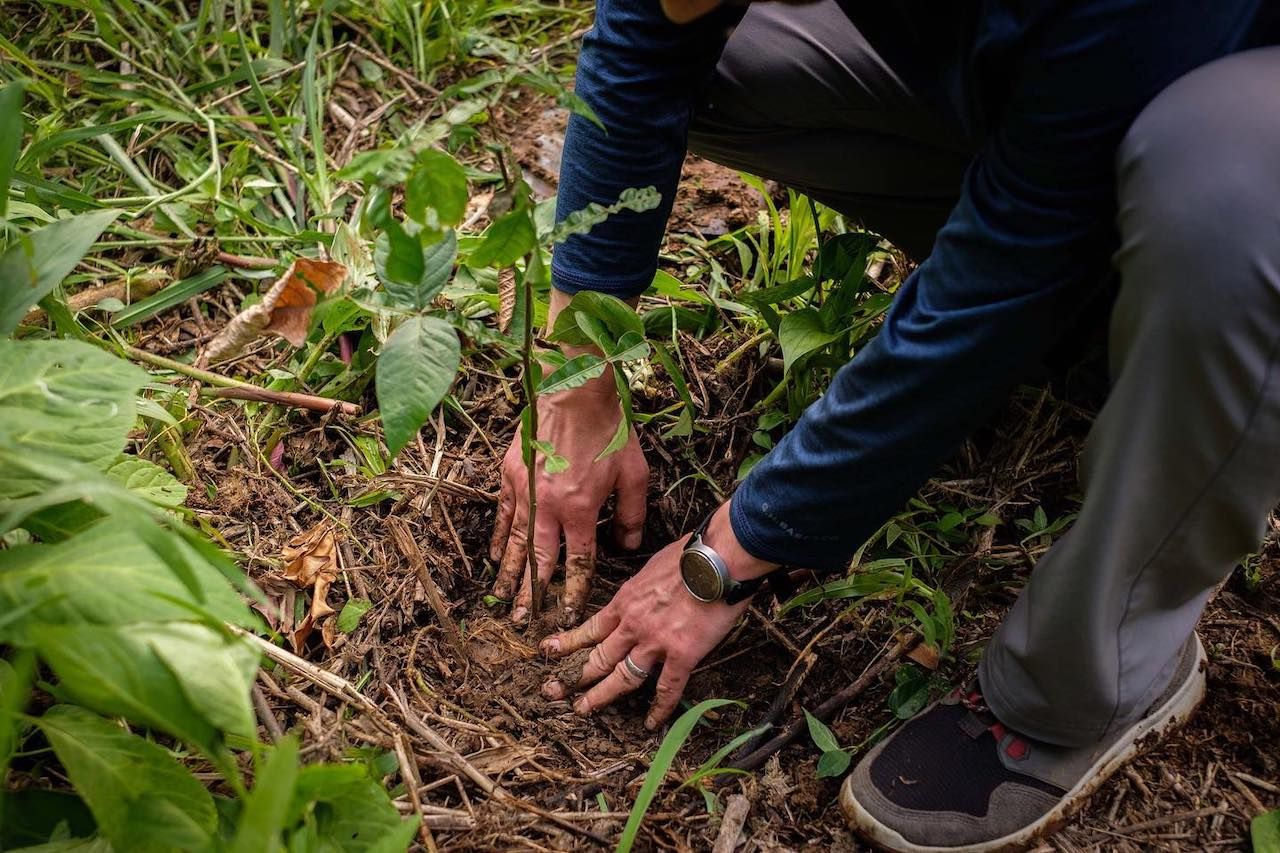 One of the biggest parts of the Un-Endangered Forest project is identifying native species in need, sourcing seeds and saplings, and planting them in a way that encourages longevity.

To make sure this is done correctly, Novo Fogo worked with Dr. Sílvia Ziller, the executive director of the Horus Institute for Environmental Conservation and Development in Florianópolis, Brazil.

Ziller’s help has led some small fast-moving improvements (the trees planted in the front of the Novo Fogo are Australian, for example, to be swapped with currently growing Brazilian palms). She also leads the larger issues, like guiding how, when, and where saplings are planted.

Novo Fogo plants on recovering forest, meaning lands that were cut down and are in the process of growing back. Visitors to the distillery have the chance to plant their own sapling on the property. 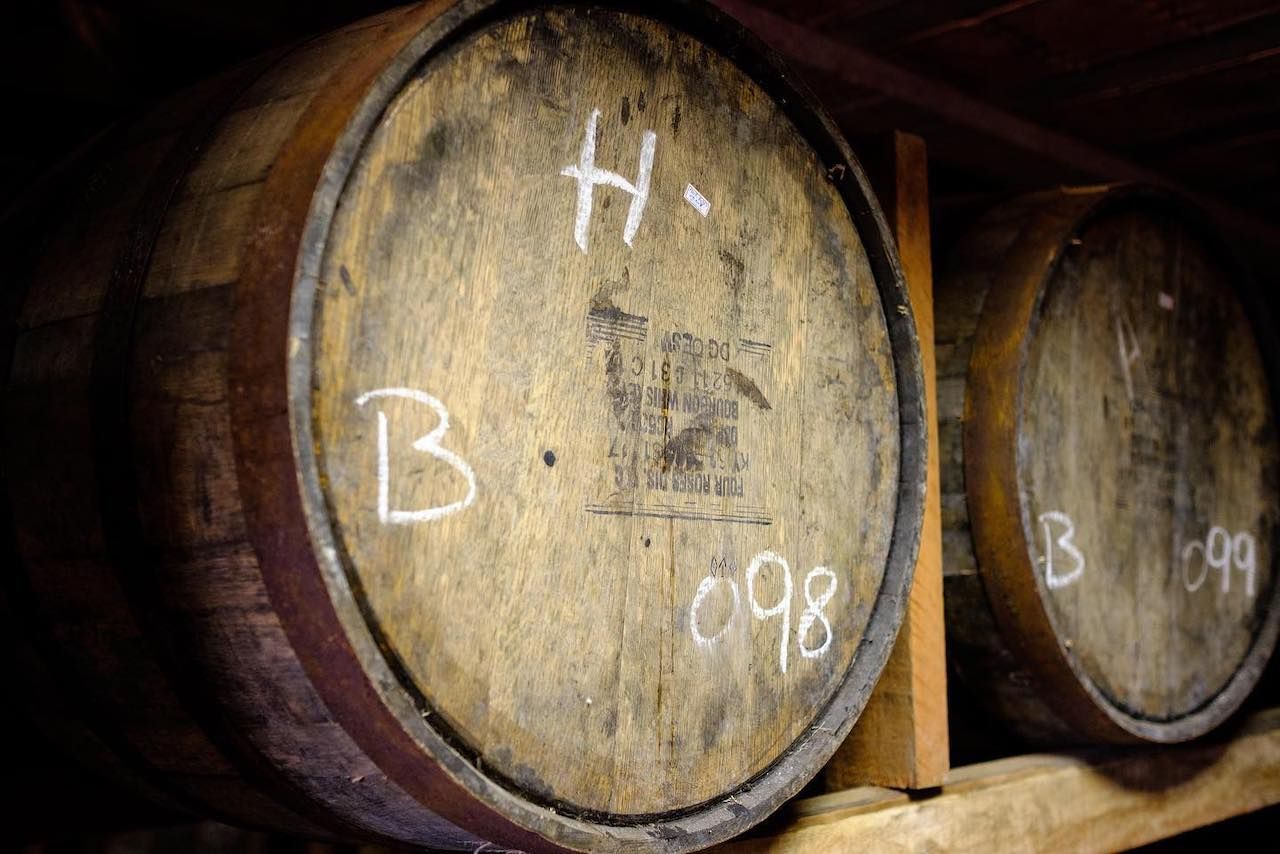 Brazil’s hardwood trees are ideal for making barrels to age and store cachaça. They’re naturally dense and equally able to withstand humidity and insects. These characteristics make the hardwoods perfect for construction and furniture as well, and many were felled to build the cities that lie in former forested parts of the country — an estimated three-quarters of Brazil’s population lives in the Atlantic Forest.

Seven of the 12 major Brazilian hardwood species used to age cachaça are endangered or vulnerable. Novo Fogo primarily uses imported American oak barrels that were once used for aging bourbon. It’s a common practice around the world, as bourbon laws stipulate that a barrel can only be used once.

Consumers desire cachaça made from Brazilian wood, though, as the wood can add desirable flavors and an all-Brazilian backstory to the spirit. Novo Fogo has a series called Two Woods that ages the spirit in both American oak and Brazilian trees like teak, nut wood, and zebrawood. For these, the distillery works hard to find sustainable options.

Novo Fogo works with government sustainable forestry agencies and certifies that each barrel they receive uses legally and ethically sourced wood. Sometimes this means using wood from trees felled before government regulations restricted which and how many trees can be cut. Other times it means working with government-regulated plantations that follow strict forestry practices. Novo Fogo made three barrels from zebrawood it acquired from an abandoned house for one of its aged cachaças and worked with a cooper that had decades-old stores of castanheira wood for a set of barrels for its Graciosa cachaça.

As you can tell from these examples, sourcing sustainable Brazilian hardwood is not an easy task. The government offers proof that an endangered tree wasn’t cut down for commercial use, but loggers use loopholes, like claiming they found the tree already down, to get legal documentation for the valuable wood. Novo Fogo only works with coopers who have documentation, called a Documento de Origem Florestal, for the wood.

Proper wood sourcing helps Novo Fogo protect not only the Atlantic Forest but also the Amazon. The Amazon has a comparatively large number of hardwoods that are more easily accessed by loggers than the hardwoods in the depleted Atlantic Forest. In the Amazon, the trees are illegally cut at an alarming rate. In 2014, according to the Guardian, 78 percent of hardwood from the state of Pára was illegally harvested. 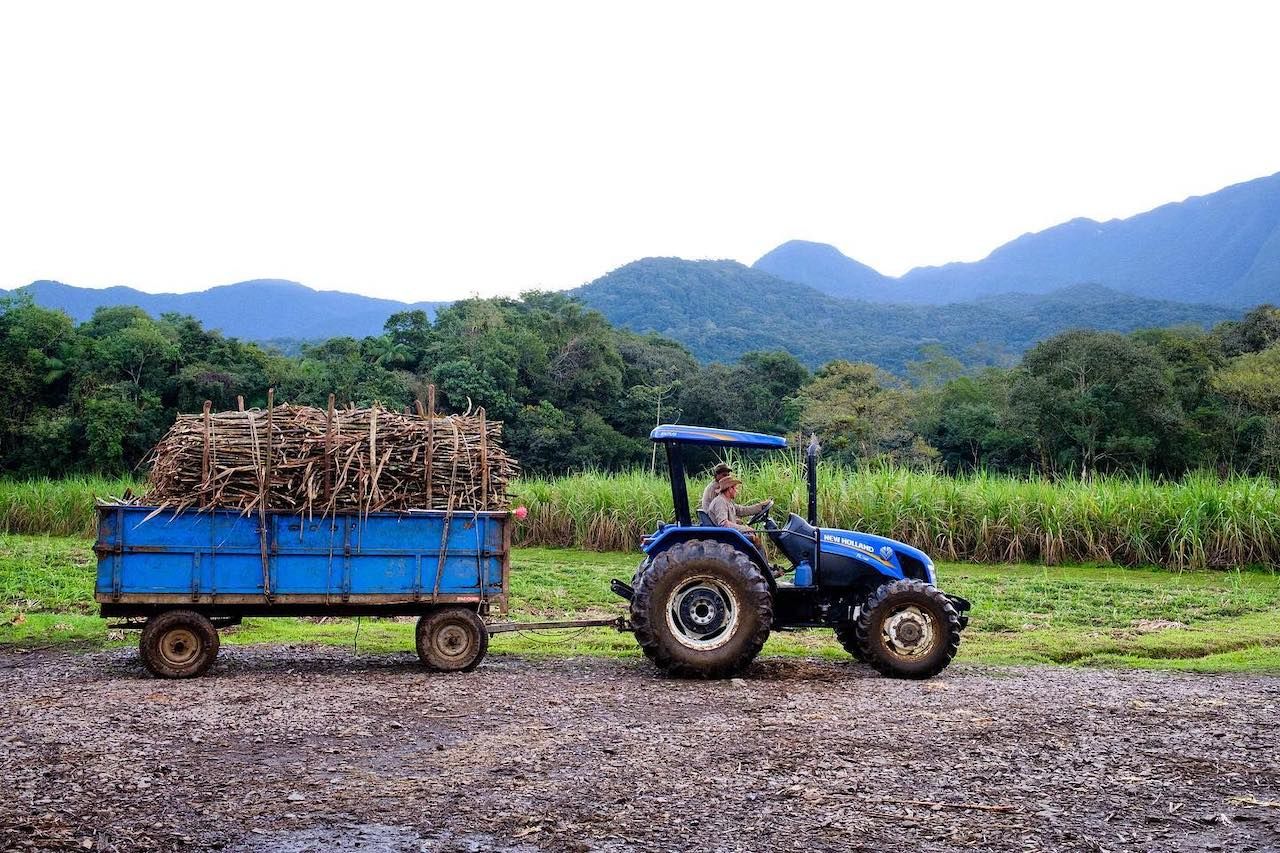 Deforestation isn’t the only thing that threatens Brazil’s forests. More so than many other parts of the world, Brazil is already seeing the devastating impacts of climate change, just as it impacts the rest of the world. Drier conditions exacerbate wildfires while extreme weather causes other deadly natural disasters like mudslides and floods.

Novo Fogo farms organically to reduce the carbon impact. It also eschews the common practice of burning sugarcane before harvest to clear the underbrush and harvests by hand rather than a gas-guzzling harvester. The distillery captures vapors to heat the stills, saving 20 percent of the energy it takes to run it. The latter solution “only cost us a pipe,” Axinte says. “The solutions for sustainability are there, and many are free or cheap.”

Still, some additions to the distillery’s carbon footprint are unavoidable. For those, Novo Fogo reduces its impact through a number of measures that ultimately make the distillery carbon negative, meaning it takes more carbon from the air through sustainability measures and offsets than it releases. The distillery partnered with the NGO NativeEnergy for its calculations, and it also purchases carbon offsets from NativeEnergy when employees fly from Novo Fogo’s Seattle headquarters to the distillery in Brazil. That’s in addition to the hardwoods and threatened Brazilian trees Novo Fogo plants as part of its reforestation program.

None of these solutions alone are enough to save Brazil’s rainforests, but Novo Fogo’s journey to sustainability is one that other distilleries can use as a model for building a more sustainable future.