Philadelphia is a food town. There are the obvious draws that everyone knows (hello, Philly cheesesteak) and then there are the pies, cannoli, pizza, seafood, and other sandwiches that locals know and love. Each Philadelphia classic represents different traditions, communities, and histories, but the most classic of the classics have one thing in common: Each is a quintessential part of the Philadelphia experience.

These are some of the spots you need to try in order to call yourself a real Philadelphian.

The name and location are unassuming, but John’s Roast Pork is a Philly mainstay. The roast pork sandwich melts in your mouth, and the cheesesteak puts others to shame. It’s been around since the 1930s, and any restaurant that’s survived that long stays open for good reason. The sandwiches use high-quality meat and a simple sandwich assembly (typically five ingredients or fewer). The cheesesteak is one of the best, but the namesake roast pork sandwich on a fresh roll from Carangi Bakery is the major draw. 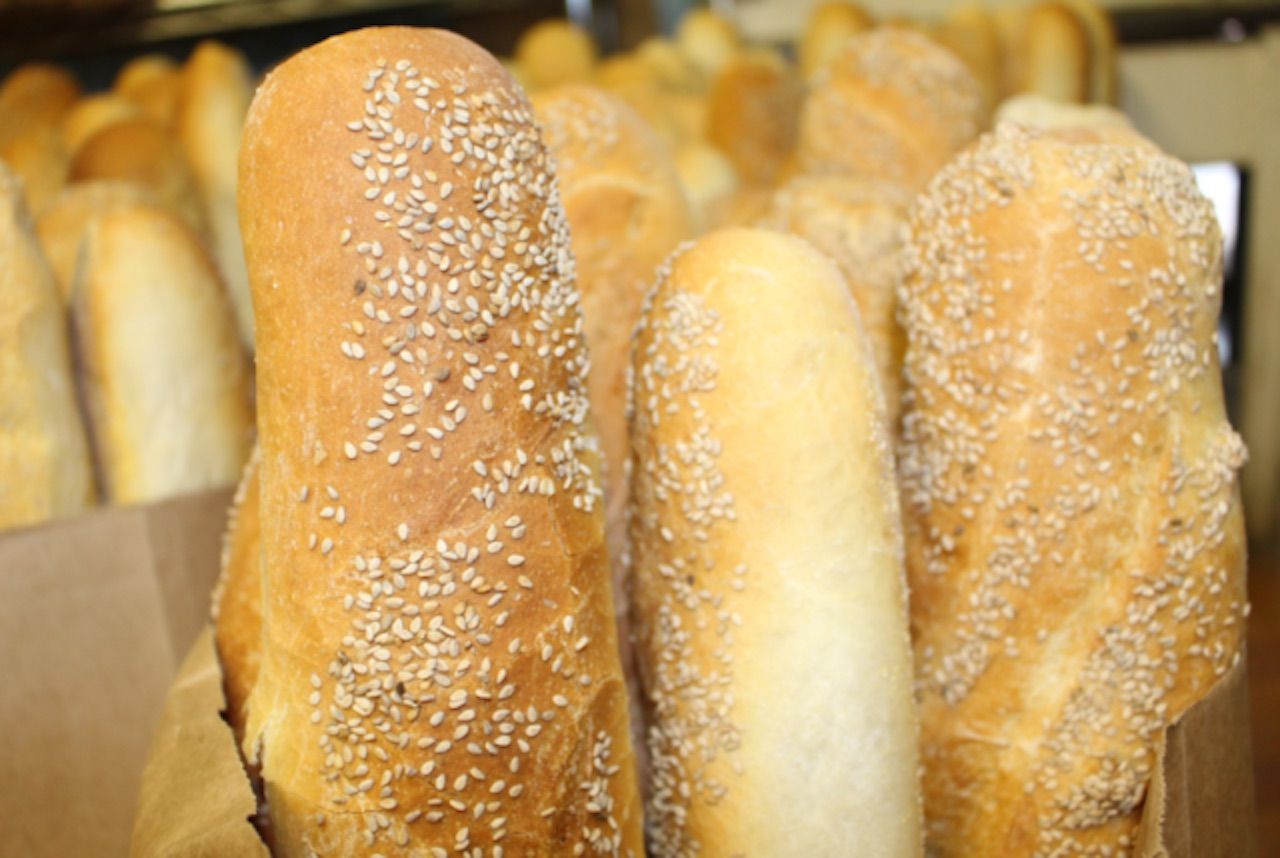 The tomato pie from Sarcone’s Bakery is a local delicacy. It has the perfect crust holding the thick, flavorful tomato sauce. The rolls here are also the stuff of legend, adding to the hoagie enjoyment of thousands at the quality sandwich shops that buy from Sarcone’s. The company has been around since 1918, and it’s currently run by Louis Sarcone III, the fifth generation baker.

Philadelphia is a city that takes its sandwiches seriously. DiNic’s juicy roast pork paired with provolone and broccoli rabe is so good that it’s worth battling the lunchtime crowds that pack the Reading Terminal Market where the shop is located. The menu covers a range of traditional sandwiches: roast pork, roast beef, handmade meatball, Italian sausage, Italian pulled pork, and beef brisket. The shop is currently run by the third and fourth generation of shop owners, Joey and Tommy Nicolosi. 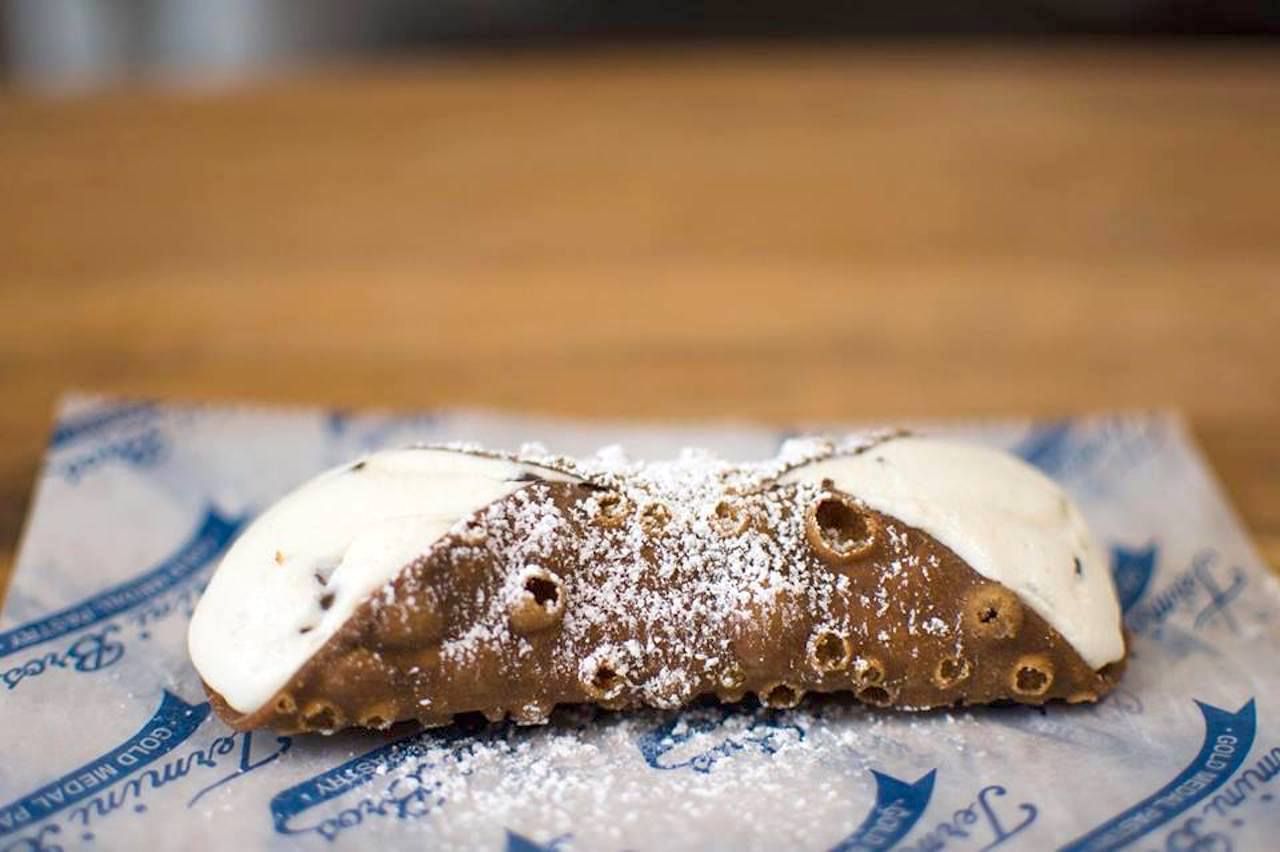 You haven’t had a good cannoli until you experience the indulgent dessert from Termini Bros, where you can choose from a selection of fillings. The cakes, cookies, and other goods are also worth queuing up for (and yes, there will likely be a line) on special occasions. Termini Bros is family owned, as it has been for nearly 100 years, and uses the same recipes from the past (and seats people at the same tables).

You know your pizza has to be good if you can get Philadelphians to happily call ahead to reserve their dough. Tacconelli’s is legendary among pizza fans, so expect a queue. Like many of Philly’s must-try dishes, Tacconelli’s has a long history. It goes back to 1918 when Giovanni Tacconelli came to the city from Italy and opened a bread shop. He pivoted to making tomato pies in 1946 with a bunch of sauce and some cheese that’s cooked in a brick oven. The fifth generation now runs the shop, and it still operates as one person cooking in one oven.

Keep it simple and order a red pie. 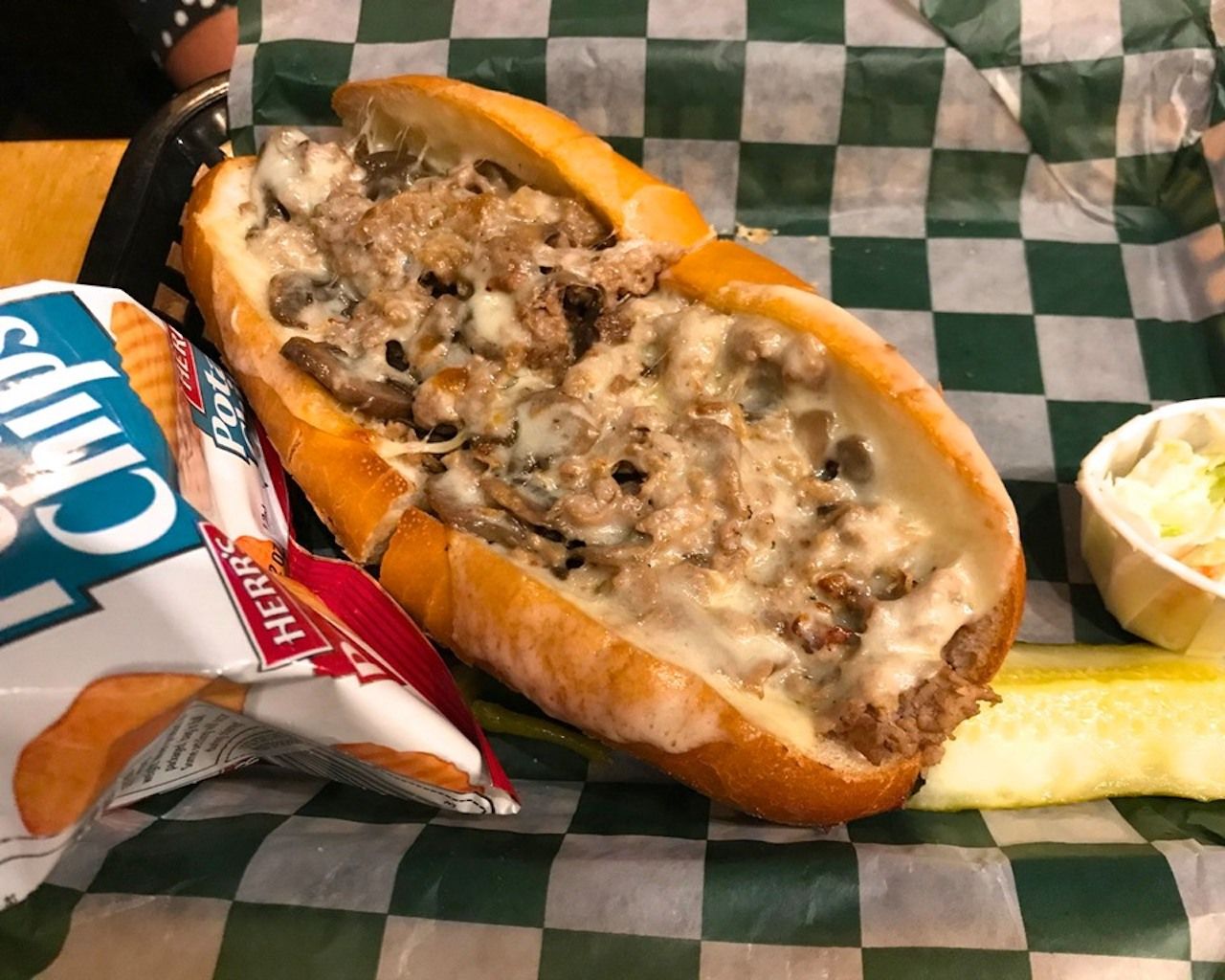 McGillin’s Olde Ale House opened in 1860 and is Philly’s longest continuously operating tavern. During Prohibition, it survived by serving food and ice cream, though it admits on its website that “perhaps, a few tea cups were tipped on the second floor.” The bar food (everything from sandwiches to nachos) and reasonable prices (as low as $7 for a pitcher of beer) are a draw whether you’re trying to watch the game, eat dinner, or soak up happy hour.

Juicy sandwiches reign supreme in Philly, if you haven’t caught on by now. Old Original Nick’s original shop in South Philadelphia opened in 1938. The roast beef at Old Original Nick’s is delectable, and the homemade gravy is everything you could wish for. Along with roast beef, there are fries (which you can also top with gravy). 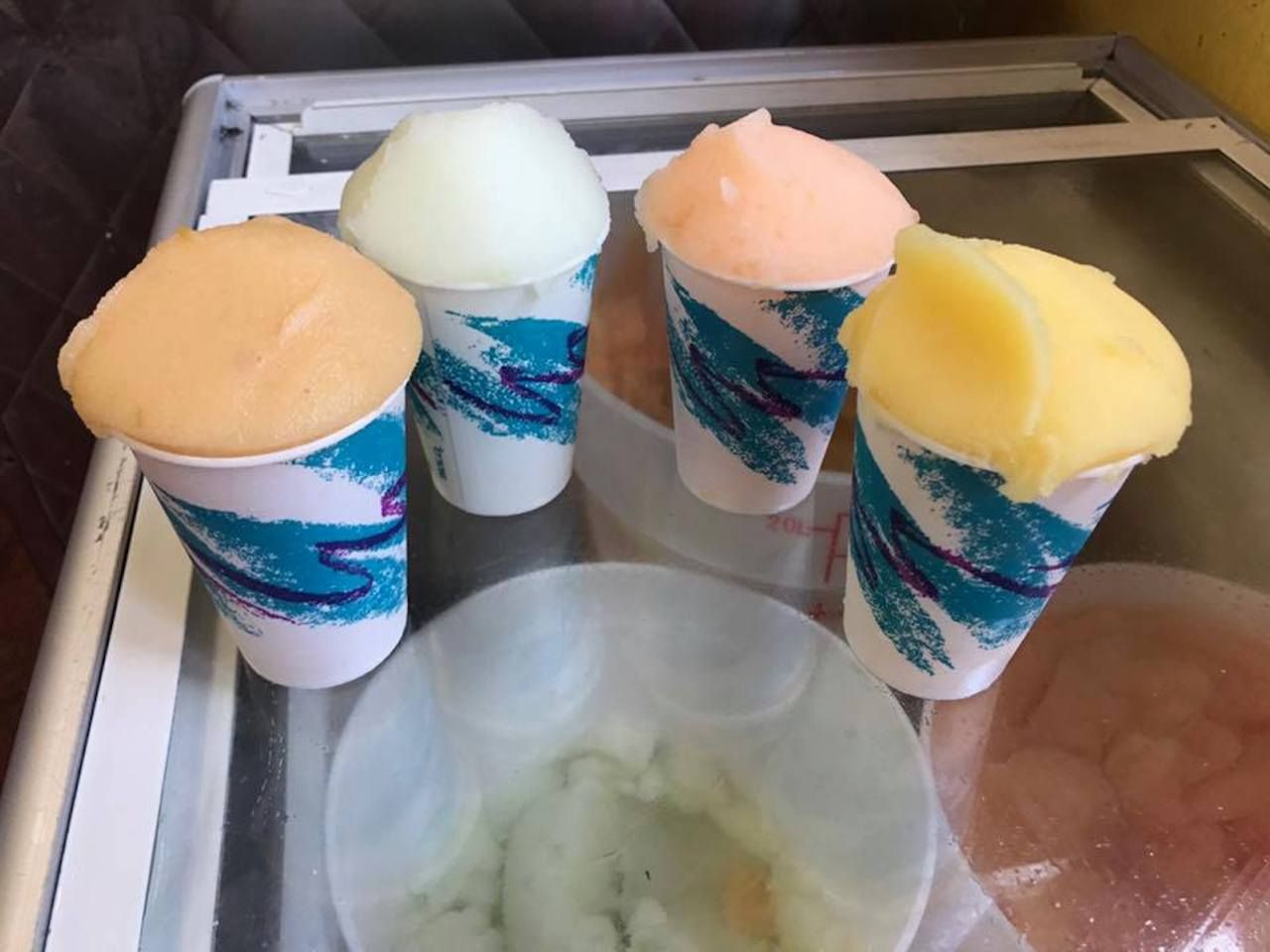 The Termini versus Isgro cannoli debate is almost as heated as the Pat’s and Geno’s cheesesteak debate. Like with Pat’s and Geno’s, you need to sample cannoli from both to realize how equally divine they are. Also of note are Isgri’s cakes, cookies, and pastries. 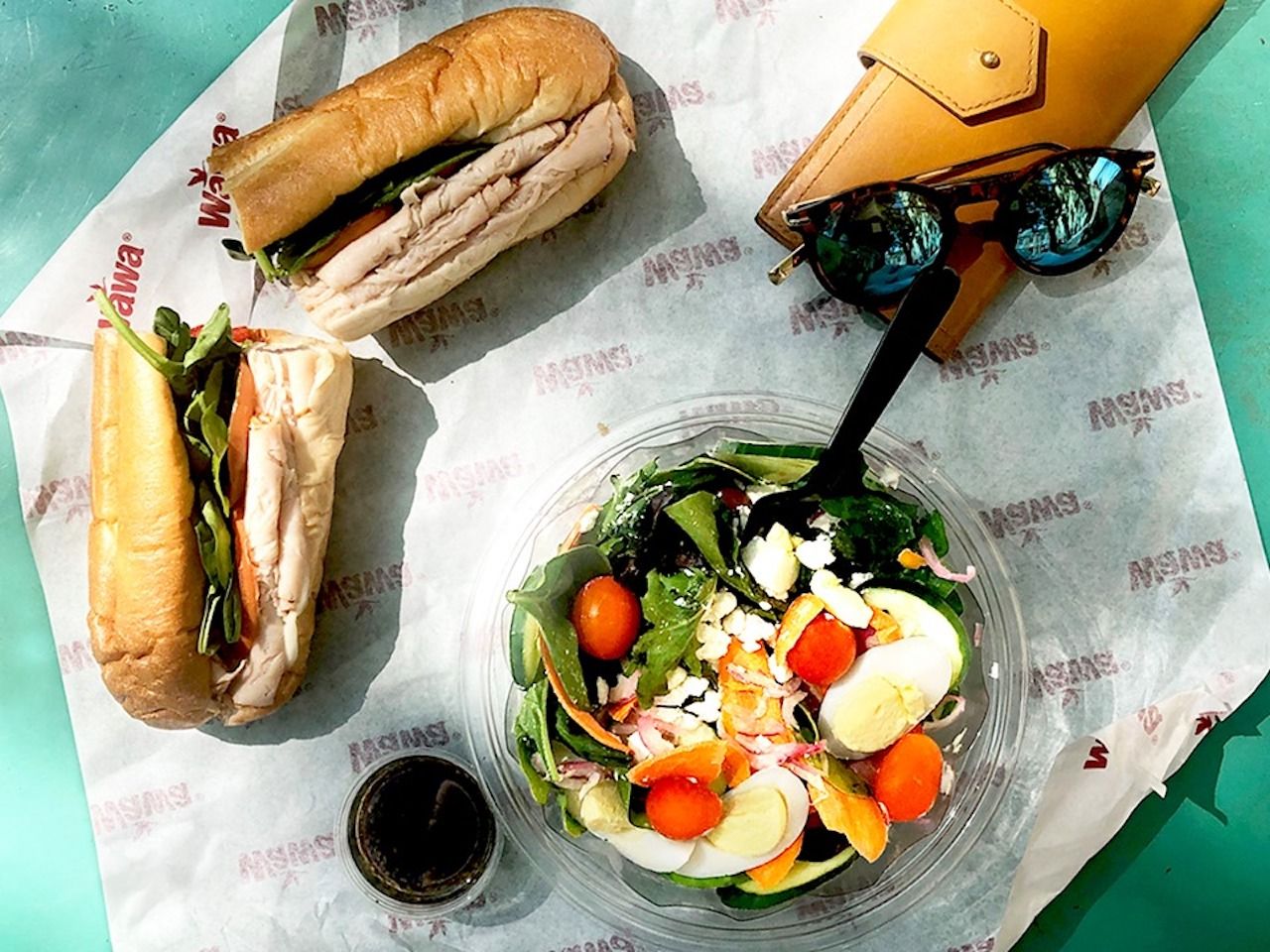 If Wawa isn’t part of your life in Philly in some capacity, then you need to seriously consider relocating. No, it’s not just a gas station shop. It’s simple, fast, and doesn’t skimp on flavor or produce, and like any proper Philadelphia institution, each Wawa location knows its sandwiches.

Where: All over the region

Diner culture is strong in Philly, and Mayfair Diner in the Northeast is a classic. It opened in the 1930s and is decked out with all the 1950s-era diner feels. Today, it’s open 24/7. Make sure to leave space for a side of the mac and cheese.

7 Side Effects of Living in Philadelphia
Tagged
Food + Drink Philadelphia, PA, United States
What did you think of this story?
Meh
Good
Awesome