As a Singaporean living in London, I’d usually be in Southeast Asia this time of year, visiting my family and tucking into the food that I still can’t find in the British capital. One of those dishes is mama’s (my grandmother’s) congee, which has been a fixture in my life since I was a kindergartener. Not wanting to miss my fix, I’ve been calling mama on FaceTime and watching her prepare it. A base of warming rice and a sprinkling of spring onions envelops the star ingredient: slices of soft, creamy, gelatinous century eggs. Throughout my life, it’s always been a balm for everything from bad weather to bad mood.

Perhaps because of my attachment to this comforting dish, I was pained to find out that it has been demonized in Western media. A recent petition by Filipino American Kim Saira alerted me to “Spill Your Guts or Fill Your Guts,” a segment of James Corden’s popular late-night talk show that’s been running since at least 2016 where he gives his celebrity guests a choice: Answer difficult questions about their personal life or choose from an array of foods he describes as disgusting and horrific. Saira noted how many of the featured foods were Asian in origin and called for the segment to be cut from the show and for Corden to issue an apology.

Watching the segment for myself, many of the foods caught my eye as he spun the lazy Susan under the glaring lights of the late-night studio. There was a scorpion similar to one I ate during one of my trips to Cambodia after a college friend introduced me to it. Also roasted grasshoppers like those I ate in Thailand as another friend’s grandmother shared her story of selling them as a street vendor in her 20s. And closer to home, a bowl of fish eyes made me recall family dinners in Singapore where the main course is often a tilapia or garoupa nestled in a light, comforting ginger broth. As a child I would get first dibs on the eyes, excitedly participating in the ritual of scooping the gelatinous bulbs onto my bowl and dabbing them lightly in chili-infused soy sauce.

These are cherished memories for me, but here they were, recontextualized by Corden as disgusting foods that (usually white) celebrities wouldn’t dare touch without gagging. The sampling of unfamiliar food should be a positive culinary adventure, one that includes an open-minded embrace of the nuanced culture that created the dish in question. Yet Corden has stripped away the pleasure that comes with experiencing new flavors and ingredients for the sake of a few cheap audience gasps.

While you might consume deep-fried or grilled cod sperm in a Japanese feast, for instance, in Corden’s studio, it’s framed as an outlandish and barely edible object designed to maximize the ick factor (he has a particular obsession with smoothie-fying everything, for one). To exploit animal parts for gross-out laughs reminds me of the fetishistic way many Western museums and art galleries line their plain white walls with cultural artifacts without context: simply displayed as yet another exotic artifact to gawk at. 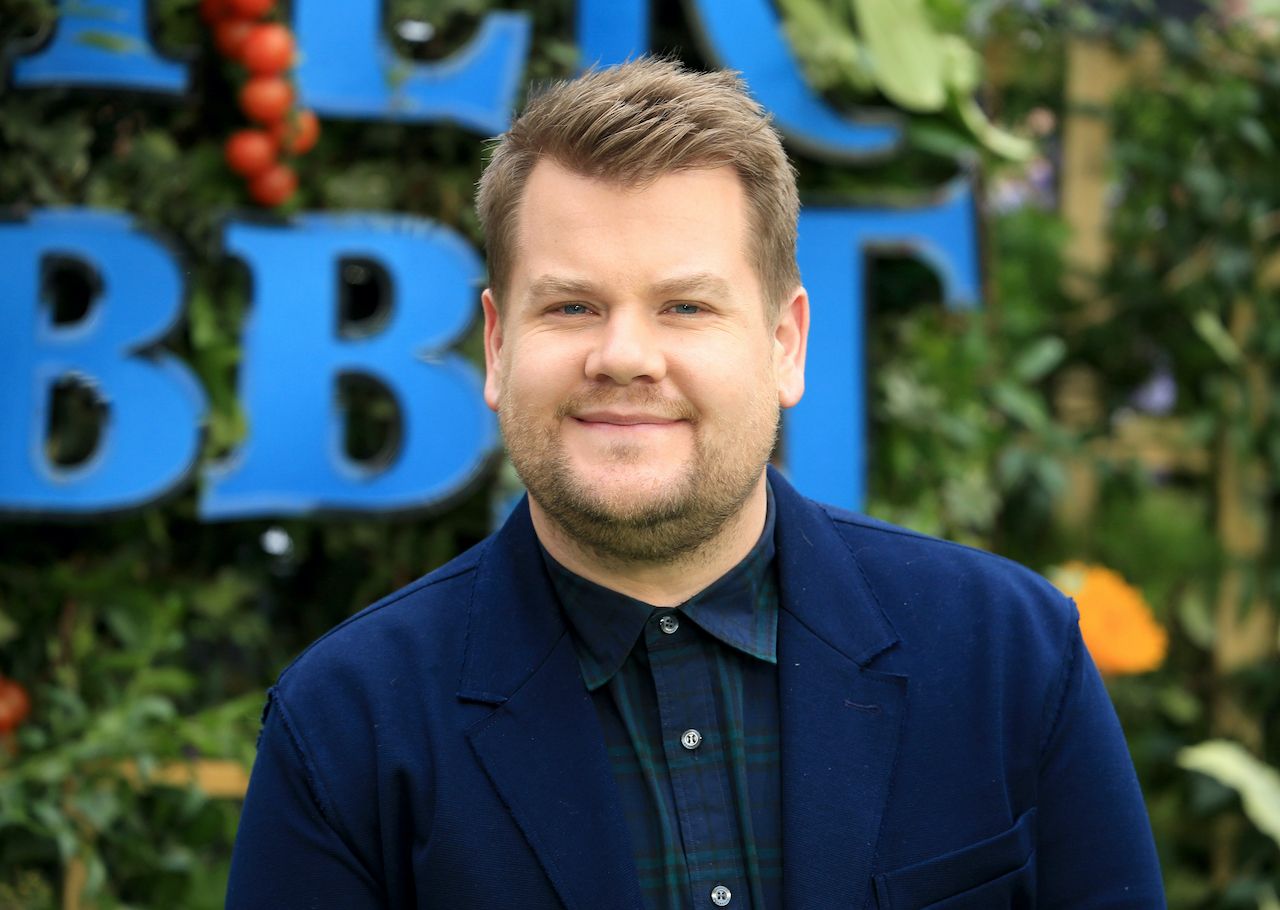 “Spill Your Guts” is, sadly, far from an isolated instance of food racism on television. The much-beloved reality cooking series The Great British Baking Show faced backlash last October when, during Japanese Week, judge Matt Lucas of Little Britain fame made gleeful references to katsu curry as “cat poo” curry, amongst many other instances of cultural insensitivity.

The following month, the Australian Broadcasting Corporation aired an episode of kids comedy show Horrible Histories featuring a sketch where a Chinese empress consumes rats as food. Despite being met with swift backlash, no apologies were issued in these instances. Corden issued a statement insisting that he didn’t mean to “upset” anyone and pledged to stop using “those foods” in his segment. Saira received death threats after posting the petition of Corden’s segment online.

The racism baked into Western media shouldn’t be surprising, given that it can be easily traced to a long history of anti-Asian sentiment in the West. Food has been a highly effective way to other people from the continent, from the demonization of MSG to the tendency to characterize Asian restaurants as unhygienic.

The global pandemic has exacerbated anti-Asian racism in horrific ways, making scapegoats out of Asian people and in particular East Asian food culture, which has been alternately described in the media as bizarre, strange, and barbaric, and infamously as the cause of the coronavirus outbreak. But humor that equates Asian cuisines with disgusting food reeks of a lazy and offensive stereotype that perpetuates the belief that Asian people are primitive and unclean. Shows like Corden’s push these stereotypes to a large audience who likely have no familiarity with the nuances of Asian food and culture. 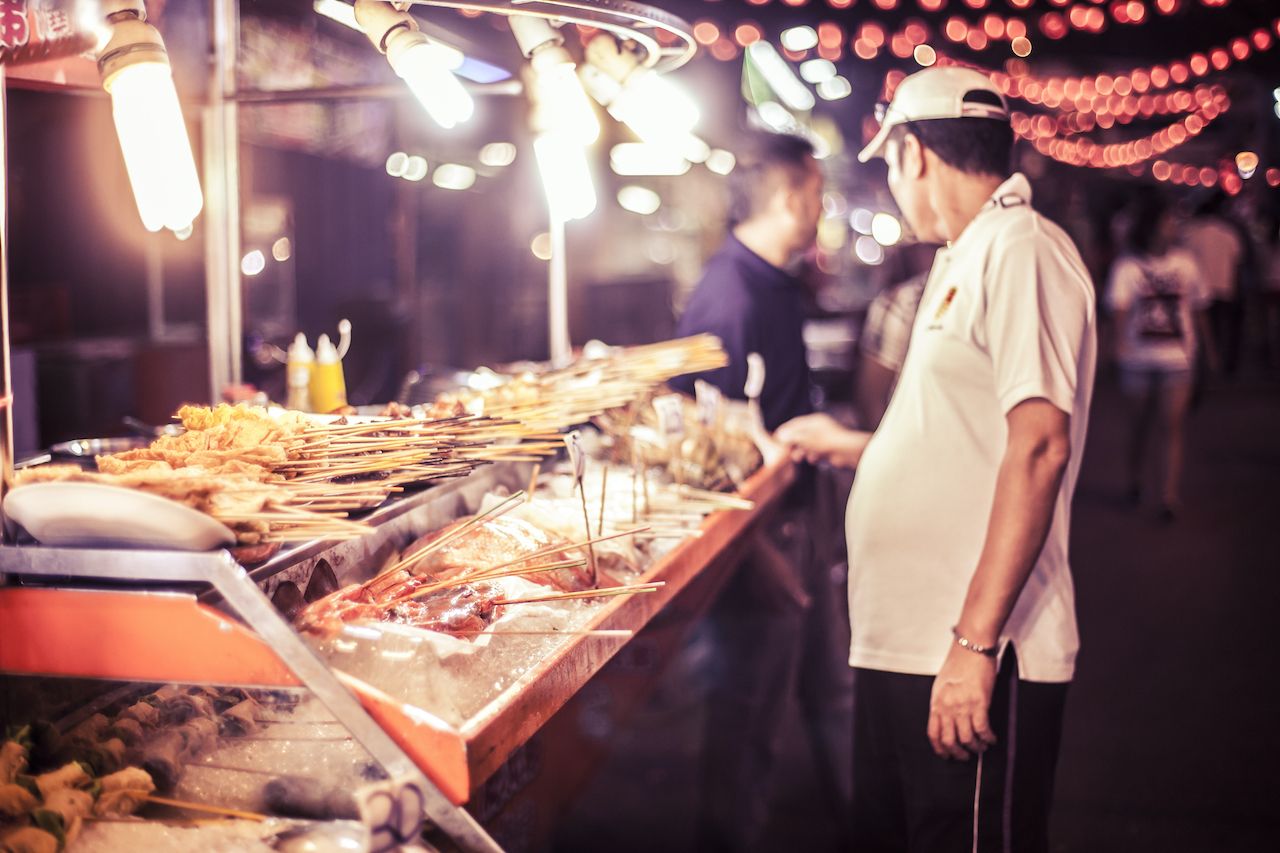 It’s not just television that’s to blame for these stereotypes. Look up any of the foods Corden has featured on his segment, and you’ll realize that they’re similarly described on travel blogs. Descriptors like “awful,” “weird,” and “disturbing” come up most frequently on backpacking, expat, and other websites to describe what are delicacies for many Asian people and staples for others. Saira’s petition is a timely reminder for all of us to interrogate how the wider conversation around unfamiliar foods continues to fail Asian cuisines.

After a year of restricted travel, many are looking up long-haul flights. But before you pack your bags, consider that as travelers, there is an unspoken duty to care how one talks about the food they encountered on their journey, and that we all have a responsibility to portray unfamiliar dishes accurately and sensitively. Remember above all that travels grants you the extraordinary opportunity to participate in a culture, not gawk at it. You don’t have to like everything you eat, but you don’t have to degrade it either.

People have preferences, and that’s absolutely fine. But consider how much of what you supposedly love to eat is the result of Western preconditioning, and how what you don’t like may stem from years of hearing a dish labeled as disgusting on television with no deeper interrogation of its cultural context.

As you embark on your next voyage, here’s a challenge for you: approach cuisines with an open mind and innate curiosity. Because if you can get past people like Corden and his celebrity friends telling you certain foods are weird and awful, then you’re in for a treat. There’s a world, quite literally, of food histories and culinary adventures waiting to be unlocked. You’ll find that so much of it is misrepresented, and so much of it is delicious.

Food + DrinkPlease Stop Comparing Durian To ‘Rot’ and ‘Garbage’
Tagged
Entertainment Food + Drink
What did you think of this story?
Meh
Good
Awesome