The South is the unequaled island capital of the United States. Thing is, a few islands tend to hog all the glory (ahem, Hilton Head and the Florida Keys). But dozens are equally stunning and offer parallel access to long stretches of beach, fishing piers, kayaking, wildlife, and incredible seafood — without the spring breakers or hordes of families present. When an offshore road trip is the goal, make one of these islands part of the plan, and get ready to lounge on Barrier Island Time. 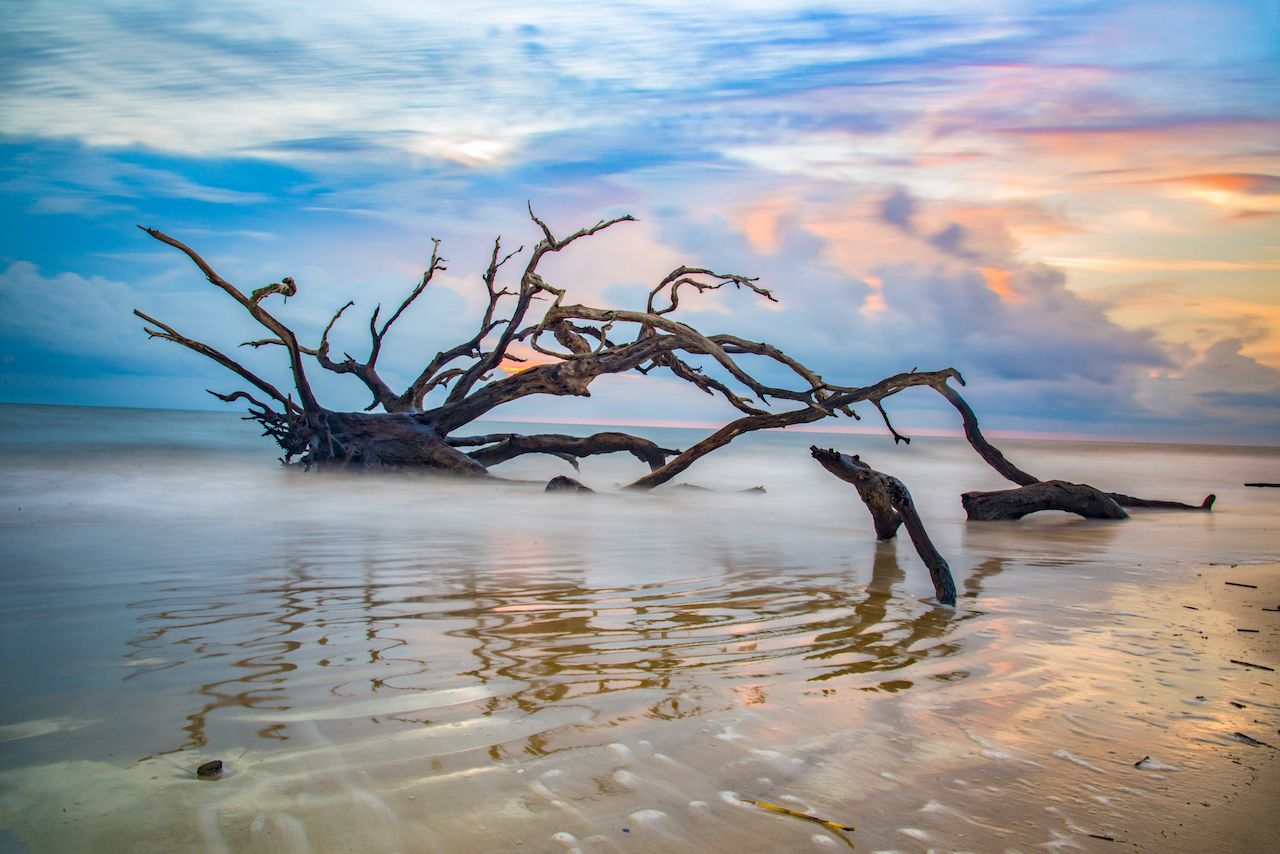 Jekyll Island is part of Georgia’s Golden Isles, a cluster of gorgeous barrier islands a quick hour and 15 minutes from Jacksonville, Florida, and 90 minutes from Savannah. Despite its metropolitan proximities, it’s a world away from city life.

Your first stop should be the famed Driftwood Beach. The island also has four golf courses, resorts from both international players and locals (we’re partial to the Beachview Club for its views, easy access from everywhere, and location adjacent to the Beach House Tap Room), and some of the best mellow cruiser bike rides in the region. But most who visit come for one reason — Jekyll Island is home to one of the largest sea turtle conservation programs in the United States. Yes, you can visit the Georgia Sea Turtle Center and be overcome by cuteness while also contributing to the wellbeing of the animals. Just be warned: You’ll likely find yourself back again the next day. If time allows, get out on a kayak tour of the 4-H Tidelands Nature Center.

Beyond Jekyll Island, the rest of Georgia’s Golden Islands will keep your crew entertained for a week or more. The other isles o’ gold include St. Simons Island, Little St. Simons Island, and Sea Island. Even if you stay on Jekyll Island, spend at least a day visiting these other islands for golf, uncrowded beaches (we’re looking at you, Seven-Mile Beach), and hiking through marshland and live oak forests at Cannon’s Point Preserve. You can even mountain bike on off-road trails on St. Simons Island — though don’t expect much incline. 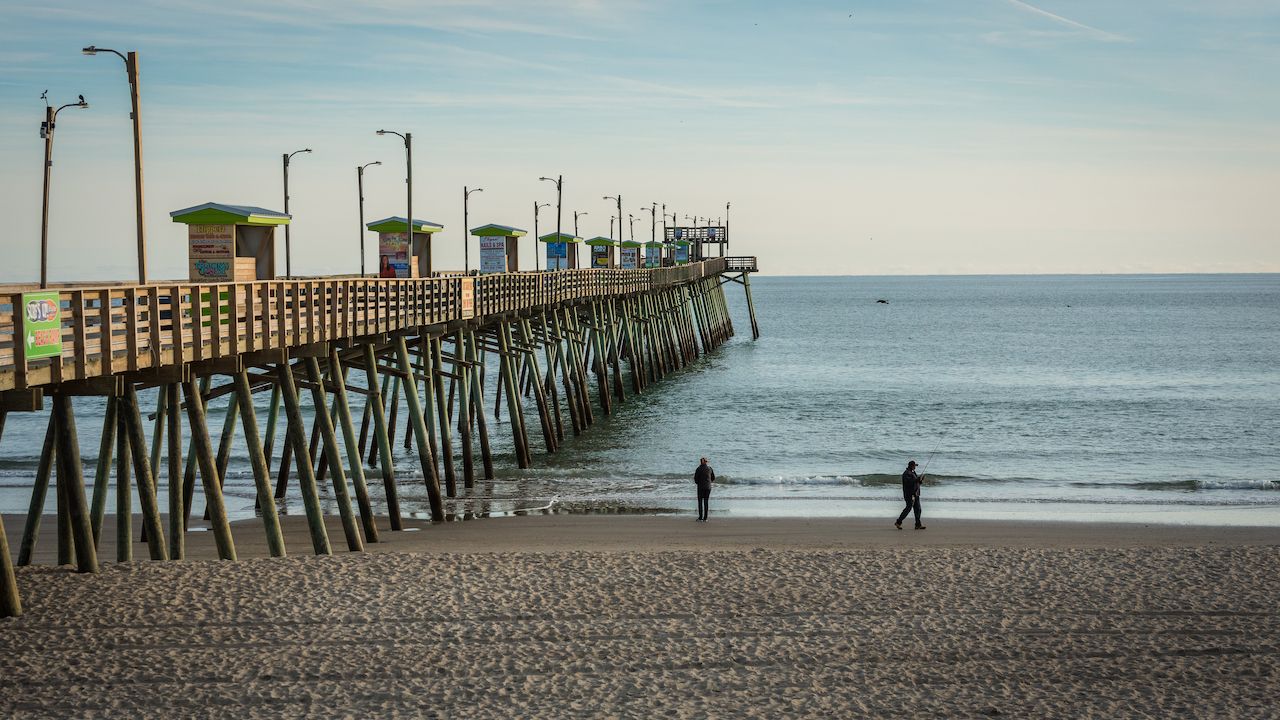 Officially, the island is called Bogue Banks Island, but Emerald Isle is the real reason to visit this sandy strip less than three hours from Raleigh. North Carolina’s Crystal Coast is what you’d get if you brought the family appeal of Hilton Head and the cultural and historical vibe of Wrightsville Beach together. Hit the Maritime Museum or Core Sound Museum for coastal history and Day Five Art Gallery for a more modern take. If visiting with kids, the North Carolina Aquarium at Pine Knoll Shores should be your first stop to check out the sharks, among other sea life. 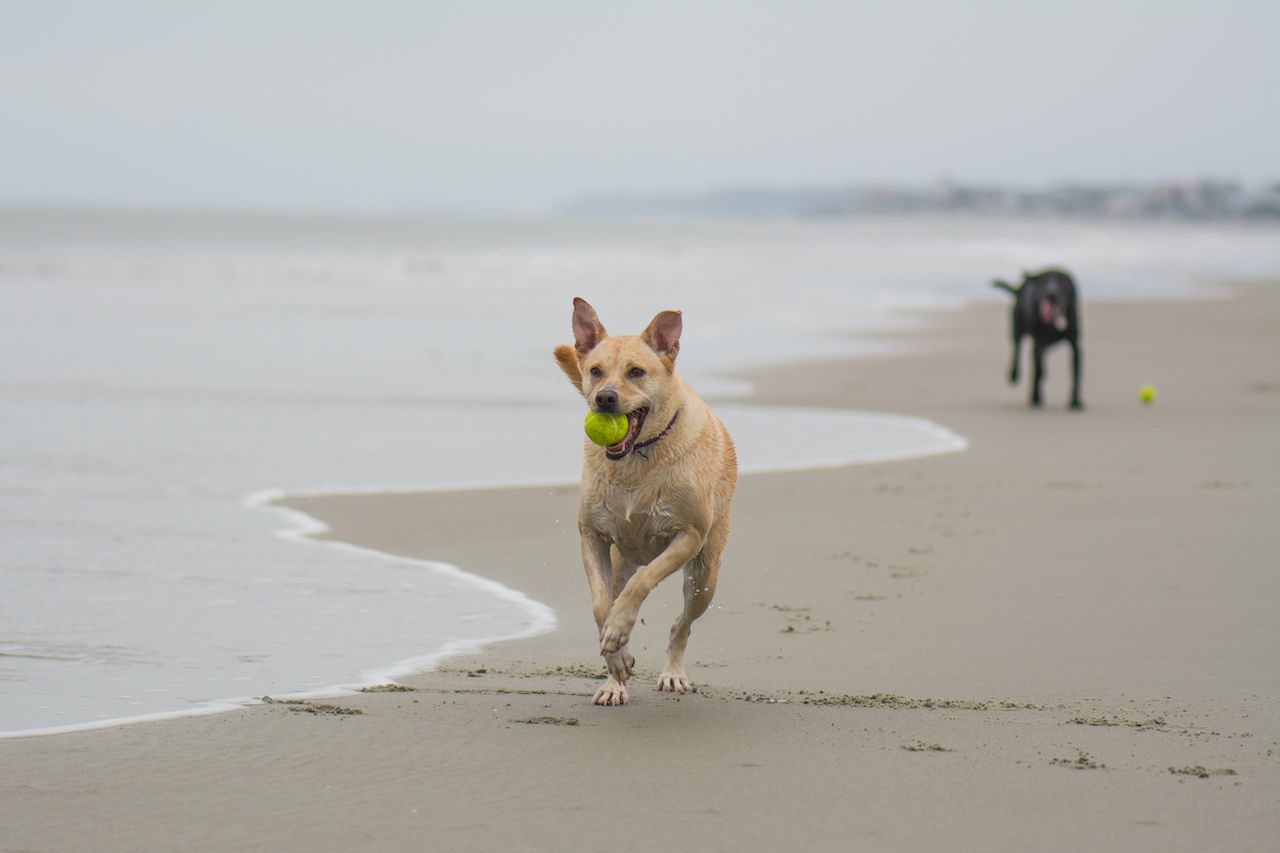 Fripp Island maintains the relaxed pace that brought vacationers to the coastline of the Carolinas in the first place. Golf, beach lounges, and patio beers are on standby, and so are the uber-convenient amenities found on Hilton Head — but there aren’t nearly as many people. A visit here is the South’s equivalent of the Riviera Maya. Check into the Fripp Island Resort, grab a cocktail and a beach chair, and debate which golf course you should reserve your first tee time.

Off-resort, move about by golf cart from beach cafe to pub while contemplating whether to hop a cruiser over to Pritchard’s Island for a beach session with the view reversed. There are deer everywhere, so wildlife-sightings are a near-certainty, and here’s the real bonus — Fripp Island’s beaches love dogs as much as dogs love Fripp Island’s beaches. 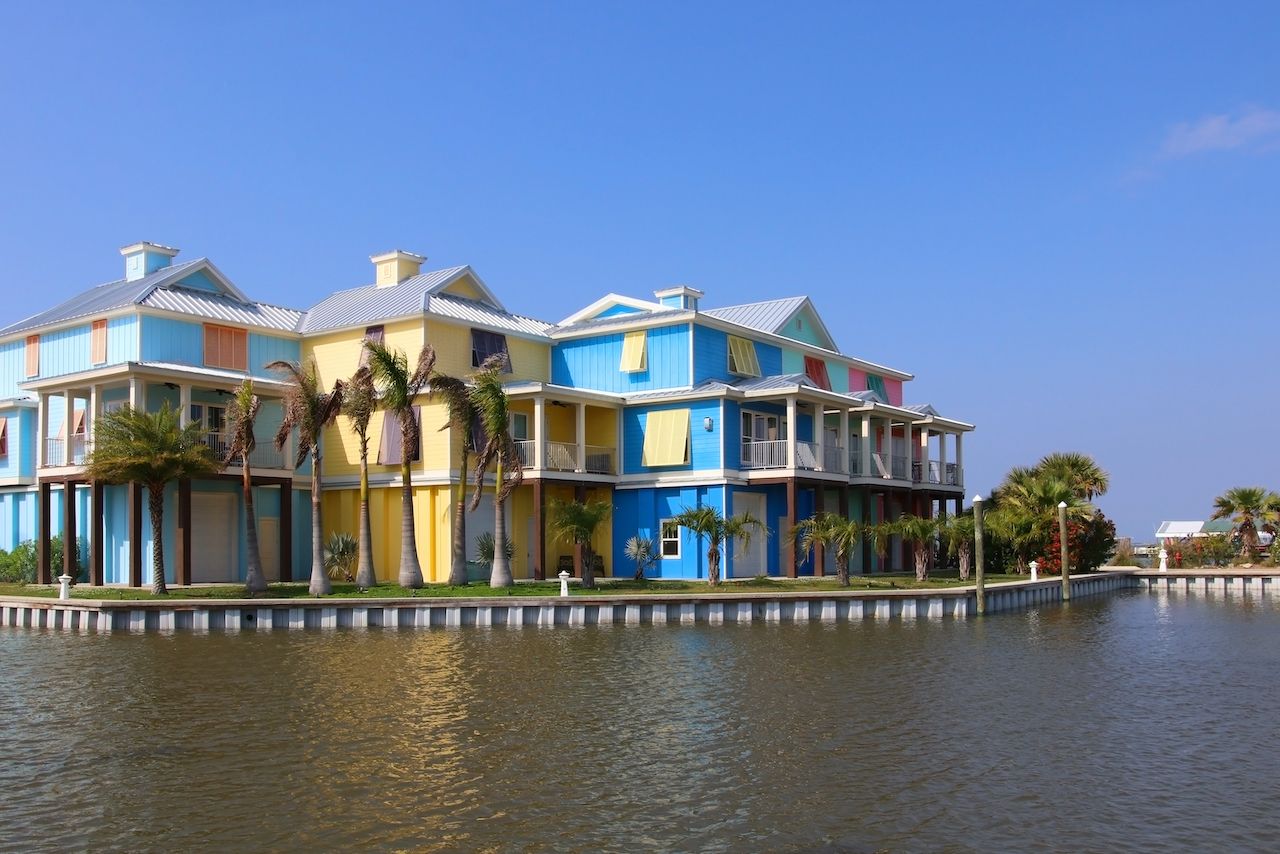 Any who doubt Louisiana’s ability to satiate the outdoors enthusiast need only head to Grand Isle to be proven wrong in full. Pop a tent at Grand Isle State Park and fall asleep to the sounds of the ocean. Keep your water shoes inside the tent because you’ll be strapped in first thing in the morning. Hike the 13 miles of beach until you find a fishing spot that calls to you. Spend day one casting your line. The next day, head out on the Grand Isle Birding Trail and get your steps in while trying not to strain your neck looking for egrets, blue herons, and ibis. If you have a bike, cruise the streets and beach.

A serious bonus: The island serves seafood that is top-notch in a state that serves top-notch seafood. Head to Camardelle’s Seafood or Hurricane Hole and belly up to the table. 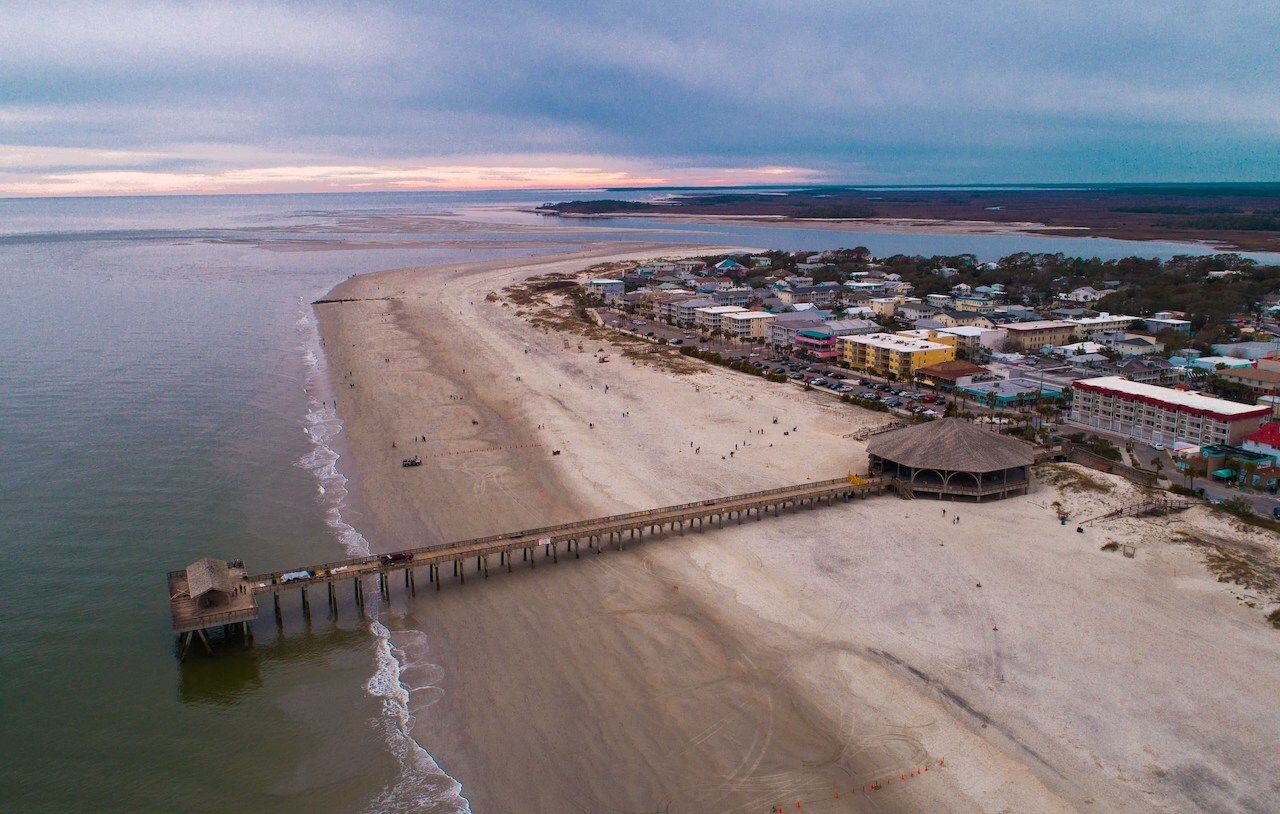 A quick day trip from Savannah, Georgia, Tybee Island is the best place in Georgia to experience the warm waters of the Atlantic crashing onto beaches spacious enough that your entire extended family can social distance with ease. Sea kayaking is among the most popular offshore activities here, while onshore Savannah day-trippers and visitors from farther upstate cruise the bike paths until a cafe strikes their fancy for a porch hang.

Fall is the best time to visit because it’s still warm — and you can embark on a haunted tour with the Tybee Island Historical Society, which runs tours through the “legends” of the lighthouse and other sites on select nights during October. 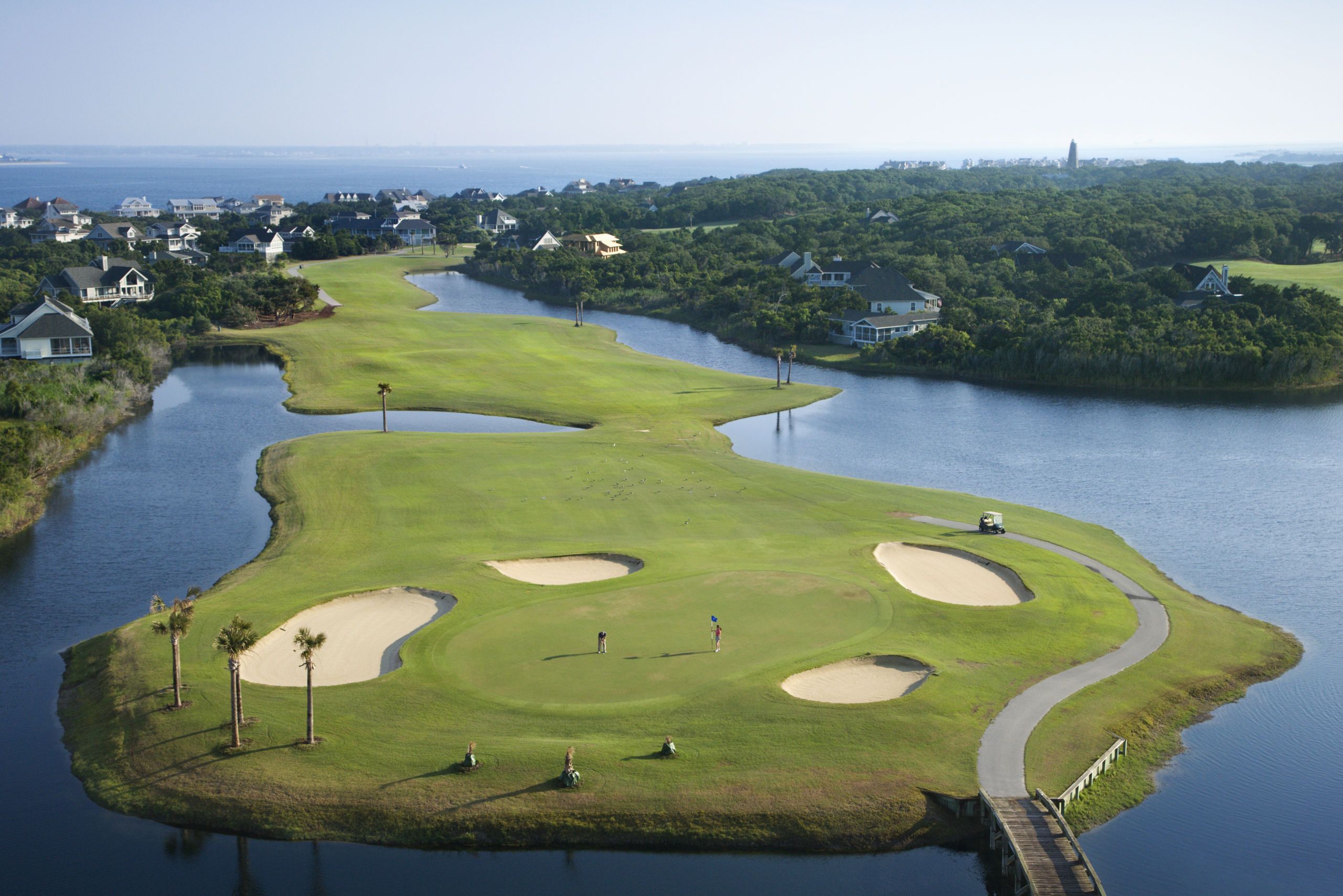 Any excursion that starts with a ferry ride across the open sea is guaranteed to be a good one. Bald Head Island, off the North Carolina coast south of Wilmington, is part history-buff nerd session and part outdoor paradise. A historical tour of the island takes you through an old British fort from the Revolutionary War (and you thought Fort Sumter was old), century-old lighthouses and keeper’s cottages, and the Old Boathouse. Afterward, get out by foot on the M. Kent Mitchell Nature Trail, learn how to sail, or stroll the Maritime Market. Be sure to hit the market in the morning at least once while you’re here — because nothing beats a true Southern coastal breakfast from the cafe.

PaddlingIsle Royale National Park Is the Most Underrated Place To Hang Out in Nature This Fall
Tagged
Beaches and Islands Road Trips
What did you think of this story?
Meh
Good
Awesome