In both popular culture and our imaginations, we tend to romanticize road trips as epic journeys across the nation’s vast highways. The only problem is, there’s nothing romantic about our nation’s highways. Either you’re sitting in bumper-to-bumper traffic as you pass through a major metropolis, or you’re the lone motorist on an eerily empty stretch of cornfield-lined pavement. We almost take for granted that the great American road trip should be on a highway – but we’re forgetting about a far more attractive alternative: scenic byways.

National Scenic Byways are officially designated roads that meet a set of government-defined criteria. To become a scenic byway, a road must be recognized for one or more of six “intrinsic qualities,” which include archaeological, cultural, natural, historic, recreational, or scenic significance. As their name suggests, these roads are the most scenic way to see the country by far. Here’s why your next road trip should be on a scenic byway.

The difference between a byway and a highway 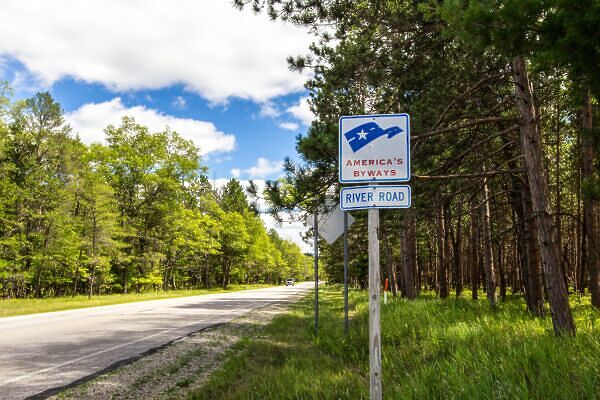 On the surface, distinguishing a highway from a scenic byway might sound complicated. The differences, however, are actually quite obvious, especially when you first make the switch from highways to byways. Highways are wide roads connecting big cities, built to facilitate the flow of heavy traffic. Though they can be found all over the country, they’re a staple of major metropolitan areas with high population density. Though highways are certainly the most efficient way to travel, they’re often not free, with many requiring tolls to pass.

Byways, by contrast, tend to be narrower, secondary roads often located in rural areas. You won’t find scenic byways wrapping around major cities, but rather serve as a means of connection for those living in less populated areas. They’re unstructured, unsurfaced, or even covered with grass.

The National Scenic Byways Program started in 1991, when Congress passed the Intermodal Surface Transportation Efficiency Act, which aimed to promote roads of special aesthetic or cultural significance. Some byways are even designated All-American Roads, which must meet two (instead of just one) of the “intrinsic qualities” mentioned above. All-American Roads are considered to have unique features that can’t be found anywhere else in the US. Many even consider these roads to be destinations on their own.

Why ride a byway?

If you still find yourself tempted by the efficient allure of the highway, there are plenty of reasons to give scenic byways a shot the next time you hit the road. The biggest benefit of scenic byways is, by far, the access they provide to local experiences like food, history, and scenery. From New Jersey to California and everywhere in between, highways feel pretty homogenous. Byways don’t circumvent an area’s natural beauty in favor of efficiency – they take you through the heart of forests, mountains, and small towns, giving you a reason to actually look out the window.

The Blue Ridge Parkway in North Carolina and Virginia, for example, gives drivers incredible views of the surrounding mountains and valleys, and Rangeley Lakes National Scenic Byway in Maine gives you a sampling of Maine’s natural beauty: lakes, forests, farms, rivers, and wildlife. Meanwhile, the Mohawk Trail Byway in Williamstown, Massachusetts marks where Benedict Arnold led an army during the Revolutionary War, and where the Mohawk tribe battled the Pocumtucks. That’s a slice of culture you just can’t get on a highway.

Byways are also beneficial for local communities. Rather than spending your money at the McDonald’s in the highway rest stop, you’ll be passing through small towns. That means local shops, restaurants, and a warmer introduction to an area than you’d ever receive at a highway visitor center. Trade the highway McDouble for some steak tips at a local barbeque joint. Rather than stretch your legs at a nondescript rest stop, park on a town’s Main Street and go exploring. A more intimate travel experience isn’t just beneficial for you, but for the people living there too. Whether it’s patronizing family-owned restaurants, shopping at small boutiques, or even filling up at an off-the-beaten-path gas station, the local economy will thank you. 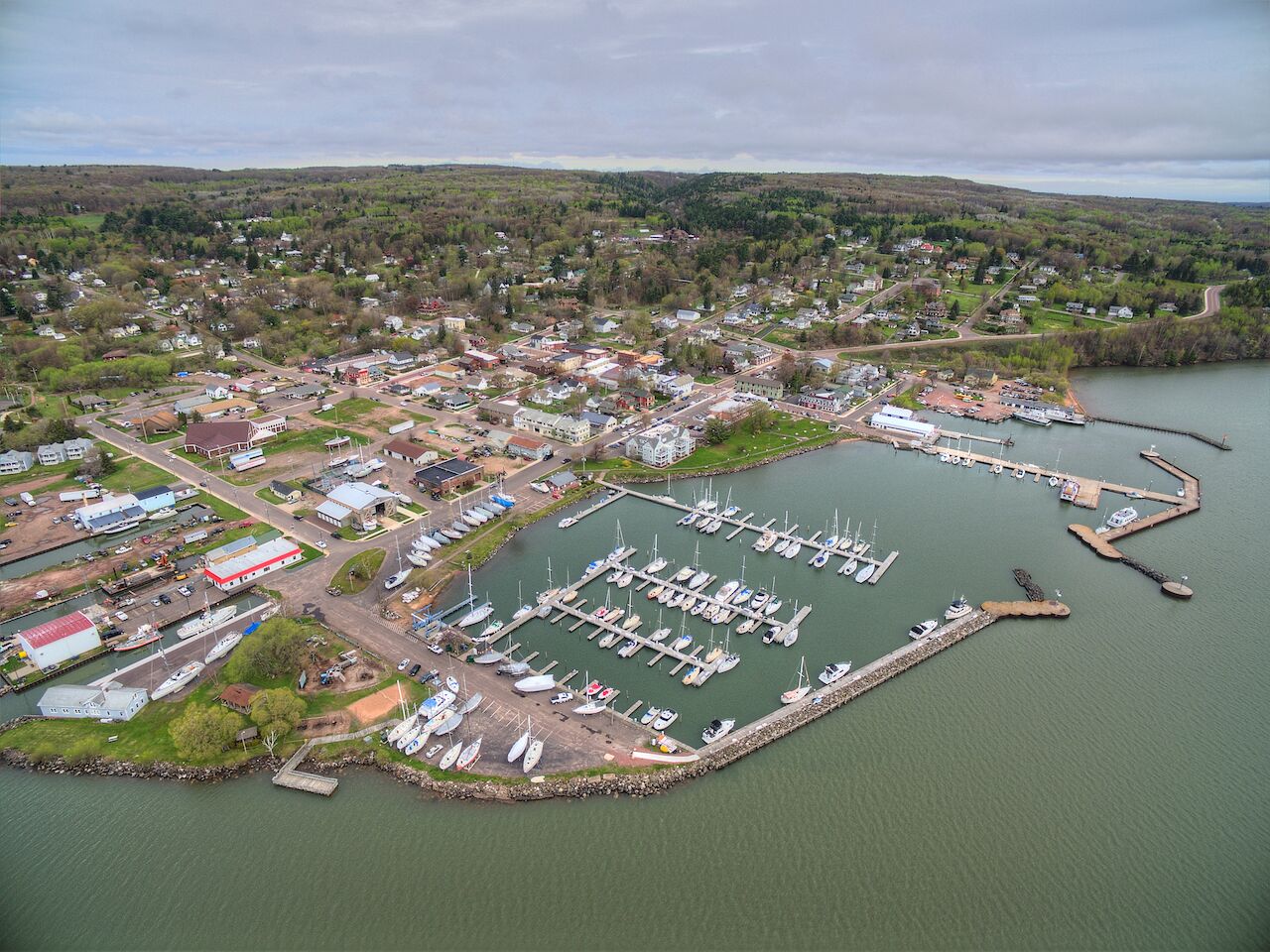 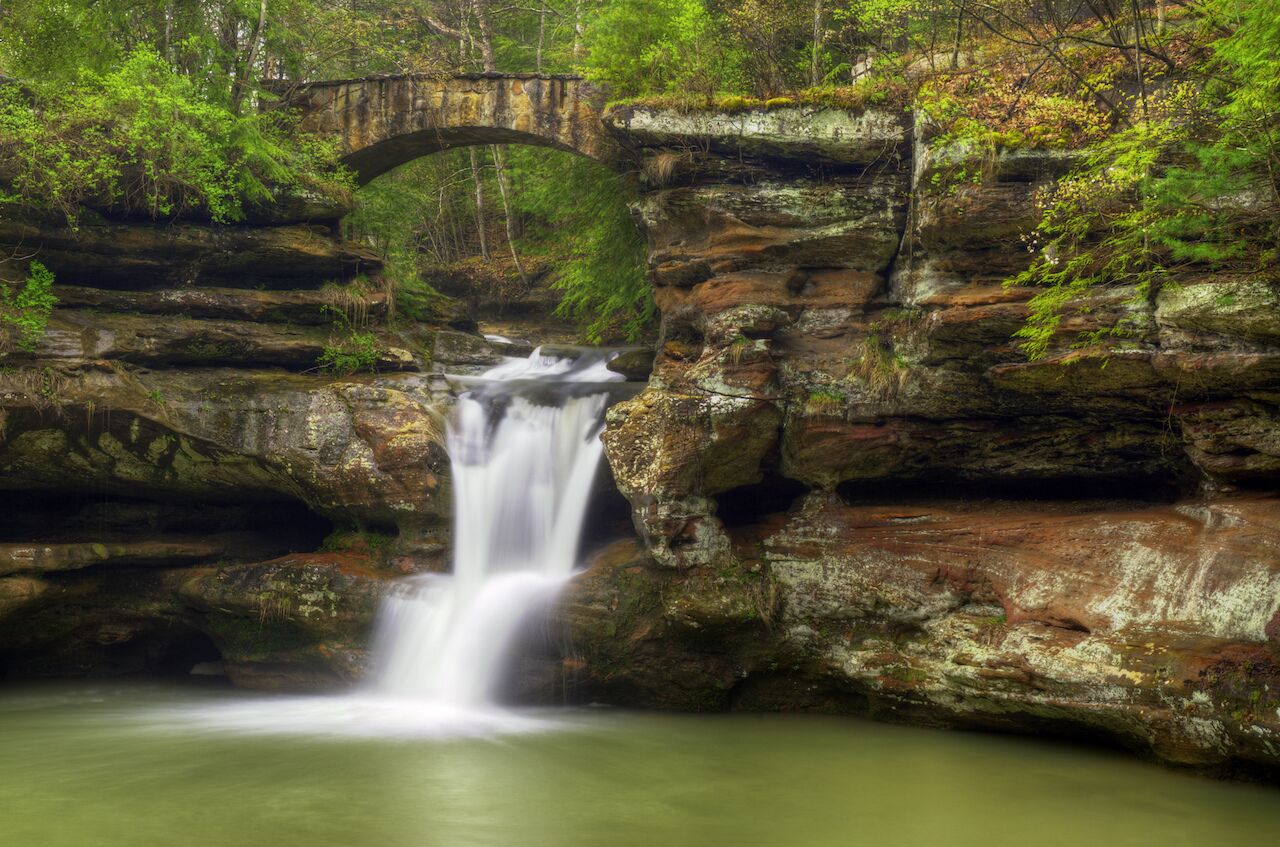 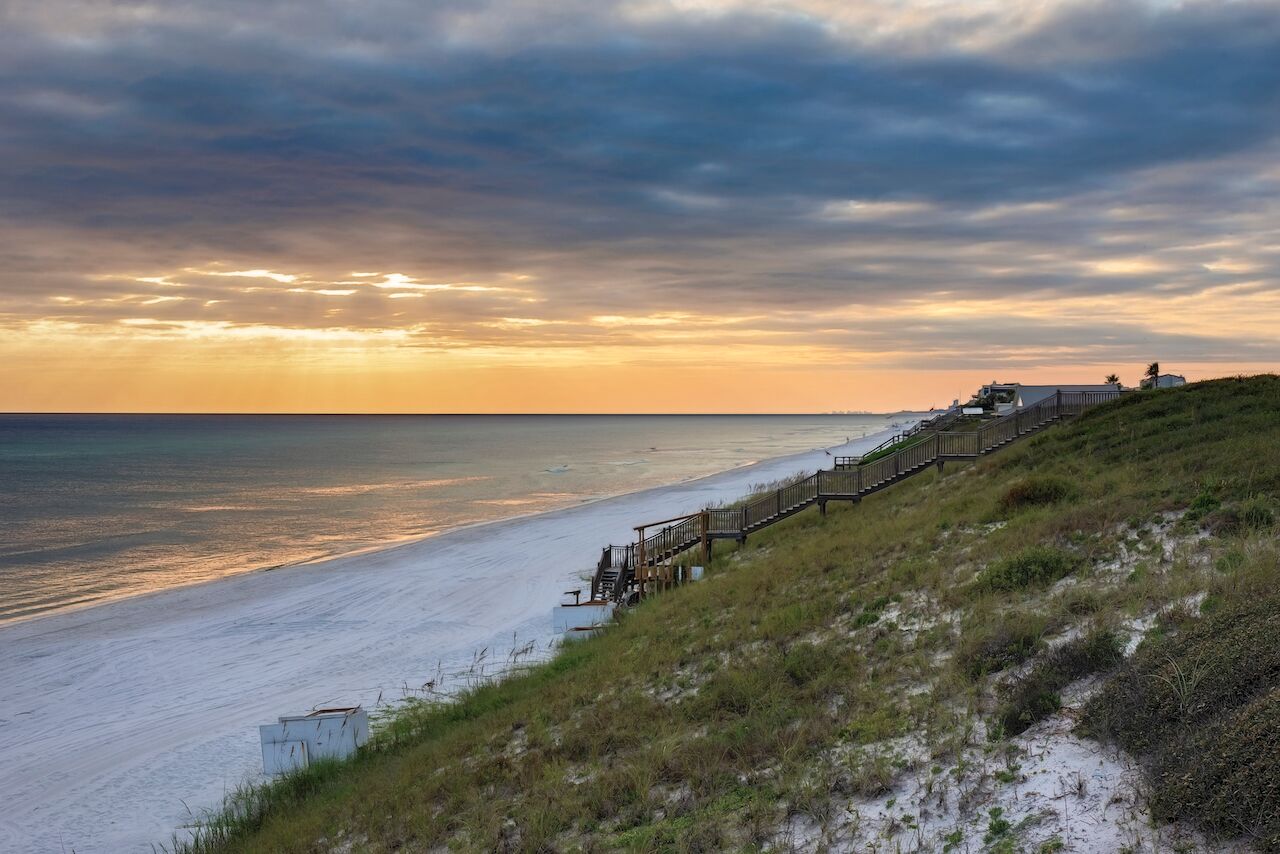 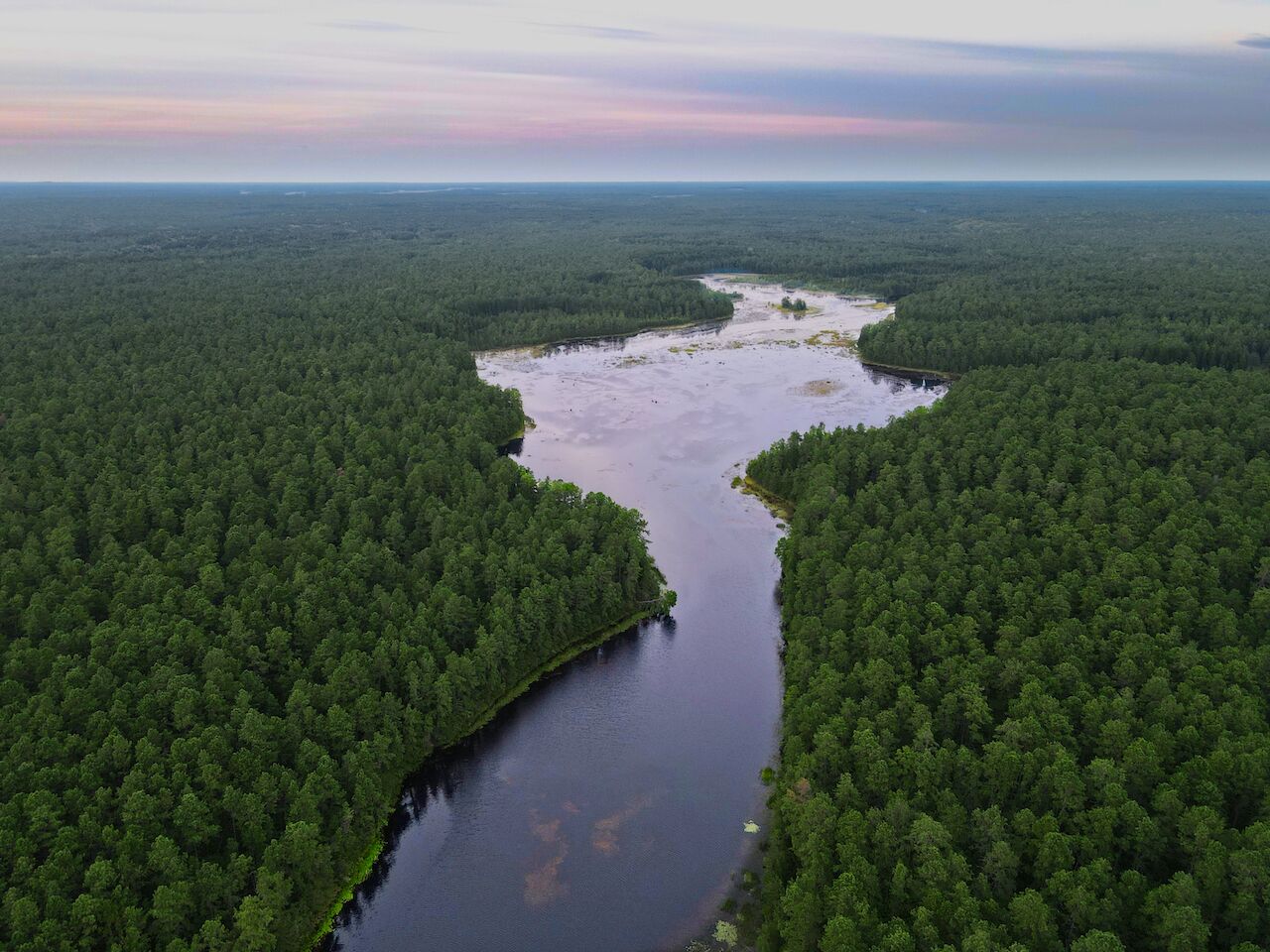 Now is actually the best time to start exploring the country’s scenic byways. 2021 was the first year since 2009 that new routes have been added, and they include 34 National Scenic Byways and 15 All-American Roads across 28 states. These are a few new byways you should keep on your radar for your next road trip.

This 70-mile road hugs the southern shore of Lake Superior, offering fittingly “superior” views of the lake along the Bayfield Peninsula. In addition to the lake, you’ll also be able to see waterfalls at Houghton Falls State Natural Area, the Onion and Sioux rivers, and a coastal estuary at Frog Bay Tribal National Park.

This byway is perfect for those seeking a dose of Native American history. The road connects several Native American sites within Hocking Hills State Park, including a mount built by the Hopewell tribe, and Ash Cave – a cave filled with artifacts and old animal bones. You’ll also see hominy holes, which were used as ovens.

This 24-mile, two-lane byway travels parallel to the Gulf of Mexico, and it might be the best way to get a sense of coastal life along the Florida Panhandle. You won’t find any major cities on this road, just small towns abutting the beach. There are also state parks to be visited along the way, like Topsail Hill Preserve State Park, which is known for its sand dunes.

Cutting right through the Pinelands National Reserve, a UNESCO biosphere, this byway is the best way to see one of New Jersey’s most unique landscapes. The Pine Barrens, defined by its pygmy pine forest and carnivorous plants, is home to 40 different mammal species, 300 bird species, and 60 reptile and amphibian species.

Tagged
Road Trips
What did you think of this story?
Meh
Good
Awesome