So you’ve met the person with whom you’d like to share a bathroom for the rest of your life. Here are some of the most romantic spots in NYC to declare your undying love and lock it down with a shiny rock.

If only a spectacular view will do, you have lots of options. 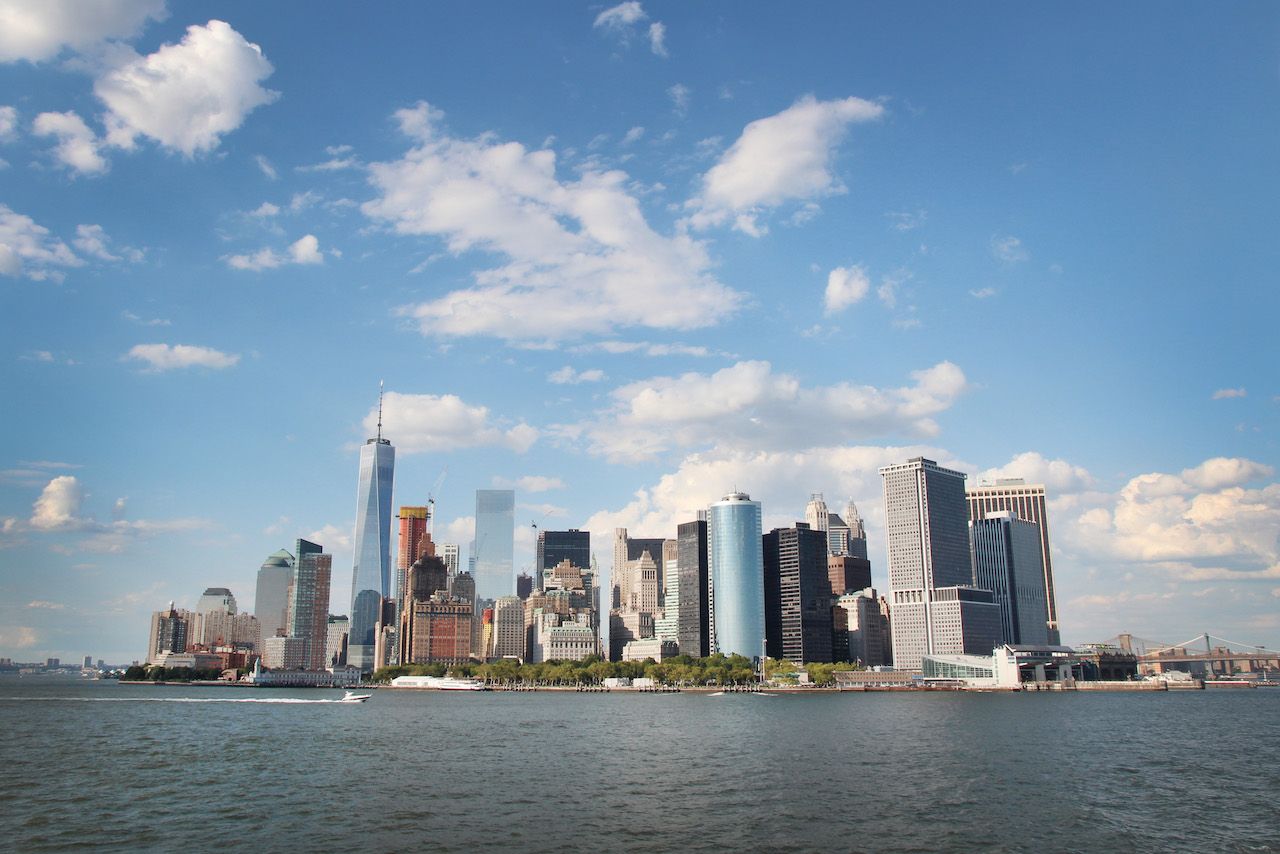 The southern tip of Manhattan known as The Battery is one of the oldest public parks in NYC. The Dutch established it to defend the city of New Amsterdam soon after they settled it in 1624 and over the years it’s been enlarged and transformed. Dubbed “the front porch of lower Manhattan,” the park transports you far away from the chaos of downtown. From here, Lady Liberty seems almost close enough to swim to, although I wouldn’t recommend that.

In Brooklyn, the Brooklyn Heights Promenade gives you unparalleled views of the lower Manhattan skyline, the Brooklyn Bridge, and the Statue of Liberty. This one-third-of-a-mile tree-lined walkway has been featured in several movies, including Moonstruck and Annie Hall, giving it extra street cred as a place to make some romance.

In Queens, Long Island City’s Gantry Plaza State Park, located on the East River, offers 12 acres of manicured walkways, gardens, and piers amid a rugged neo-industrial vibe that gives a nod to the site’s past as a dockyard and manufacturing district. Enjoy incredible views of Manhattan, including the Empire State and Chrysler Buildings and the United Nations. Since the view faces west, it’s a great place for a sunset proposal.

If you can’t decide which vantage point would be the most romantic, try them all by taking a cruise. Sip champagne on a schooner that brings you past the Statue of Liberty at sunset or take a yacht that encircles the entire island of Manhattan. There are options for every budget, from no-frills to luxurious. You could even take the Staten Island Ferry for free if your love outweighs your bank account.

For views as dramatic as your relationship, head north to Fort Tryon Park where you can pop the Q amid sweeping vistas of the Hudson River and the New Jersey Palisades. This 67-acre park in Manhattan’s Hudson Heights and Inwood neighborhoods was the brainchild of philanthropist John D. Rockefeller, who bought up land in the early 20th century to create it. It’s also home to the Metropolitan Museum’s Cloisters, which specializes in medieval European architecture and sculpture. Symbolize the history and strength of your bond by proposing in a reconstructed 12th-century Gothic monastery, then toast to your happily-ever-after with a drink at the on-site restaurant.

Celebrate the eternal nature of love by proposing in the final resting place of some of New York’s most notable residents. Okay, a cemetery might seem like a creepy proposal spot, but Green-Wood is more than just a cemetery. Inspired by Paris’s Pére Lachaise Cemetery and Cambridge, MA’s Mount Auburn Cemetery, this 478-acre sanctuary has been a tourist destination since the 1850s. Designed to resemble an English garden, Green-Wood’s rolling paths meander over hills and valleys, passing ponds, monuments, and elaborate mausoleums along the way. Battle Hill, the highest point in Brooklyn, sits in Green-Wood’s northwest corner, where a statue of the goddess Minerva commemorates the 1776 Battle of Brooklyn, one of the most important battles of the Revolutionary War. From this perch, you can see clear across New York Harbor to the Statue of Liberty.

For couples who like nature but not enough to actually leave the city, you can’t go wrong with the Brooklyn Botanic Garden. This 52-acre landmark in Brooklyn’s Prospect Park neighborhood incorporates several “gardens within the Garden,” assuring that something will be in bloom no matter the season -– from cherry blossoms in spring to roses in summer and vibrant foliage in autumn. In winter, you can enjoy orchids and other tropical plants inside the enclosed Aquatic House. The Hill-and-Pond Garden is one of the oldest Japanese gardens found outside Japan and its rolling paths wind past a koi pond, a viewing pavilion, and a Shinto shrine, any of which would be the perfect spot to get down on one knee.

For a unique “only-in-NYC” experience, take the 7 Train to Flushing Meadows-Corona Park in Queens, where you’ll find the Unisphere, a giant stainless steel globe commissioned for the 1964 World’s Fair. At 140 feet high with a diameter of 120 feet, the Unisphere is an engineering marvel and the largest globe structure in the world. It’s meant to symbolize the beginning of the space age and promote the fair’s theme of “Peace through Understanding.” Unclear whether that succeeded, but it’s still breathtaking, especially when the sculpture’s 96 fountainheads are working. (They operate seasonally.) What better way to show your beloved you would give him or her the entire world?

Adventurous couples might consider the Intrepid Air and Space Museum, which they’ll find at Pier 86 at West 46th Street. USS Intrepid, a WWII aircraft carrier, has been converted into a museum and houses a Cold War-era submarine and the retired Enterprise Space Shuttle. Show him or her the heights to which your love will soar by asking for his or her hand on Intrepid’s flight deck, surrounded by cool aircraft from all five military branches and the glittering backdrop of midtown Manhattan.

One if by Land, Two if by Sea

Photo: One if by Land, Two if by Sea

If you’d prefer to propose within reach of the chilled champagne, try an iconic restaurant. One if by Land, Two if by Sea is a West Village staple that’s consistently been voted one of the most romantic restaurants in the world. This historic carriage house, once owned by Hamilton villain Aaron Burr, has also been a bar, a brothel, and a silent movie house.

If you long for the glamor of the Art Deco era, head up to the 65th floor of 30 Rock where you’ll find the venerated Rainbow Room. Originally opened as a supper club in 1934, the Rainbow Room was the go-to for NYC’s elite, who would dance the night away to Big Bands on the revolving dance floor. The highest elevated restaurant in the U.S. for decades, the recently renovated Rainbow Room gives you a stunning view of the Empire State Building and the sparkling city below.