Ten years ago, telling someone you had plans to visit Rwanda might have been met with raised eyebrows. Despite the fact that the Rwandan Civil War ended in 1994, the horrific 100-day genocide against the Tutsi people lingered in the global memory, and in some cases, it was all people knew of the East African nation.

Rwanda has made massive strides to rebuild in the aftermath of the atrocities, and in many ways, it’s been a successful journey. Tourism in Rwanda is becoming incredibly popular, especially among those keen on gorilla trekking in Volcanoes National Park and other outdoor opportunities. But the country’s campaign to revitalize its image was well underway even 10 years ago. In fact, it was a decade ago this year that a nationwide community work day called Umuganda was institutionalized to promote peace, unity, and prosperity throughout the nation.

Umuganda can be translated as “coming together in common purpose to achieve an outcome,” a practice that has long existed in Rwandan culture but only recently became mandatory. On the last Saturday of every month, from 8:00 AM to 11:00 AM, businesses close and traffic halts as citizens across the country take to their neighborhoods, shovels and hoes in hand, and together try to make them a little bit better than they were the month before. 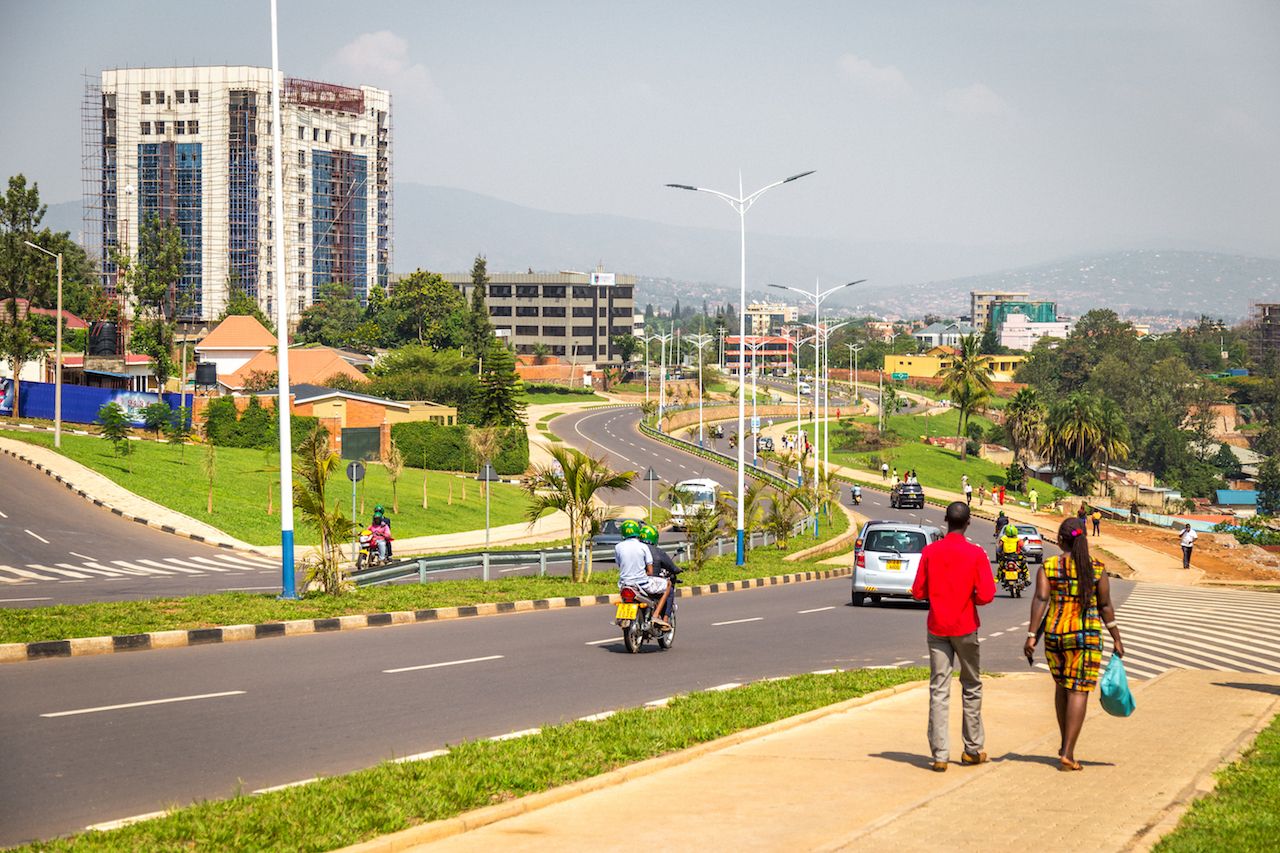 Projects range from digging drainage ditches to street sweeping. All able-bodied citizens between the ages of 18 and 65 are expected to participate, and dodging the civic duty can result in a fine or even arrest. It’s a steep penalty, but President Paul Kagame sees the practice as an important opportunity to improve both Rwanda’s social and physical landscapes.

While some projects focus more on infrastructural developments like building schools and housing for those in need, a significant percentage of Umuganda efforts center on environmental protections and public cleanup. According to the Rwanda Governance Board (RGB), “Generally, people participate in cleaning streets, cutting grass, trimming bushes alongside the roads, planting trees, and repairing public buildings.”

An impact assessment conducted by the RGB cites the economic value of the community work day projects from 2007 to 2016 as $127 million based on activities like reforestation and road maintenance. When asked about Umuganda’s impact, more than half the population noted the positive effect on neighborhood cleanliness, and 16.3 percent recognized the effect on air quality and overall improvement in the environment.

It’s rare to see much litter in Rwanda, even in capital city Kigali, which is frequently called the cleanest city in Africa. Visitors are often surprised by how spotless the streets are, but anyone in town for Umuganda can begin to understand why the nation looks so tidy. 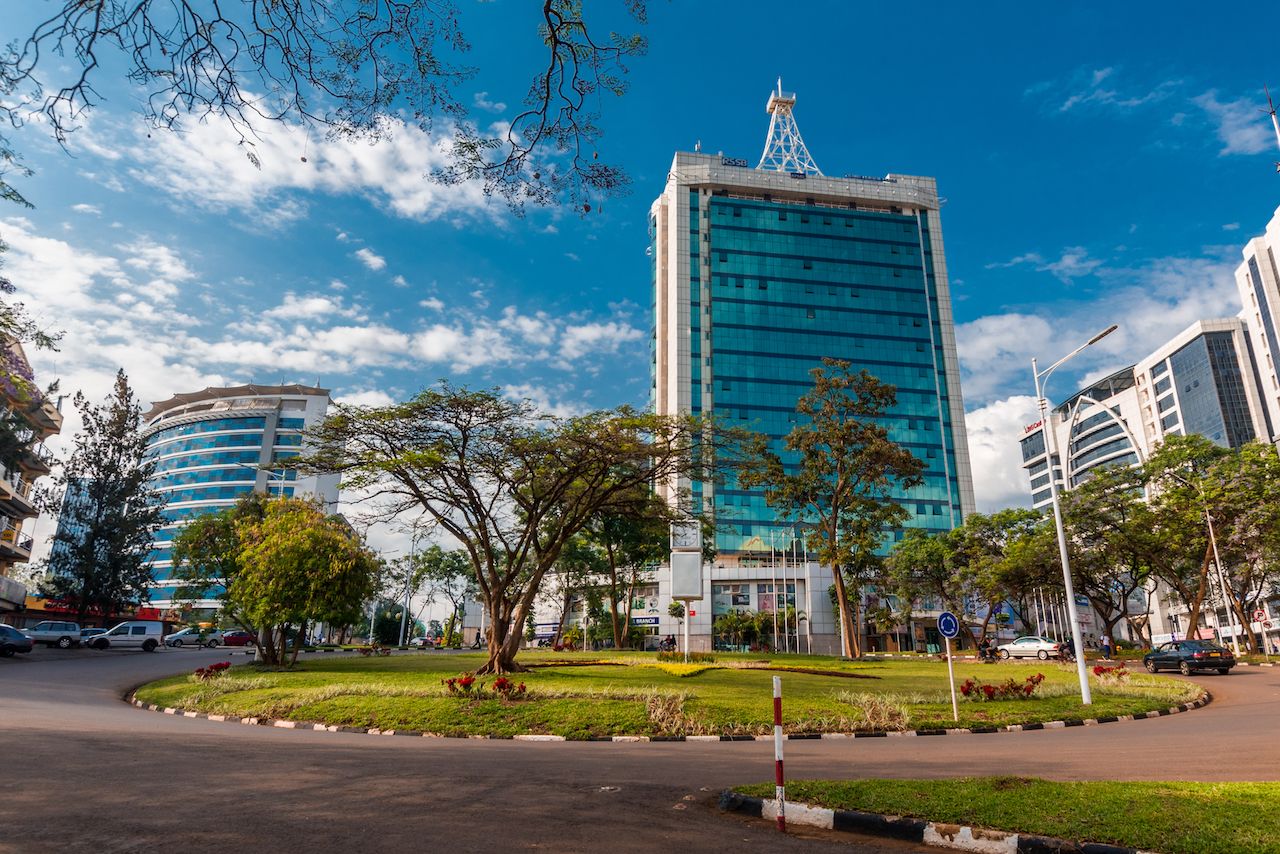 Of course, it helps that plastic bags have been banned in Rwanda for more than a decade. In a pioneering environmental move, the government made using, selling, and bringing non-biodegradable polythene bags into the country illegal in the 2000s.

Travelers have had their luggage searched and plastic confiscated at the Kigali airport. Smugglers face more serious consequences. Much like the penalty for shirking Umuganda responsibilities, ignoring the plastic bag ban can even result in jail time.

As much as Rwanda has gained traction among travelers, it’s still a big question mark for some. Getting the word out about progressive programs like Umuganda sheds light on a nation that has long been an example of how to recover from a devastating conflict with grace, hard work, and community involvement.

It’s also a great way to get more hands on deck for cleanup efforts.

Citizens may be required to participate in Umuganda, but expats and tourists are invited to roll up their sleeves and help out on the last Saturday of the month, as well. How’s that for a reason to visit Rwanda that doesn’t involve great apes?

ActivismThis US Cycling Team Is Showcasing the Benefits of Biking in Rural Rwanda
Tagged
Activism Sustainability Volunteer Rwanda
What did you think of this story?
Meh
Good
Awesome