You wouldn’t think that a dust storm in the Sahara Desert could have much impact on the US, but that’s exactly what’s happening this week. While it’s not uncommon for dust plumes to travel across the Atlantic Ocean, one particularly large dust cloud from the Sahara is passing through the Caribbean right now and heading for the southeastern US.

Dan Kottlowski, AccuWeather Senior Meteorologist and lead hurricane expert, said, “According to scientists that I have gotten some information from, they’re saying this is an abnormally large dust cloud. One of the things I noticed from this is the dust started coming off the coast of Africa several days ago, in fact maybe over a week ago. And it’s still coming. It’s almost like a prolonged area of dust.” 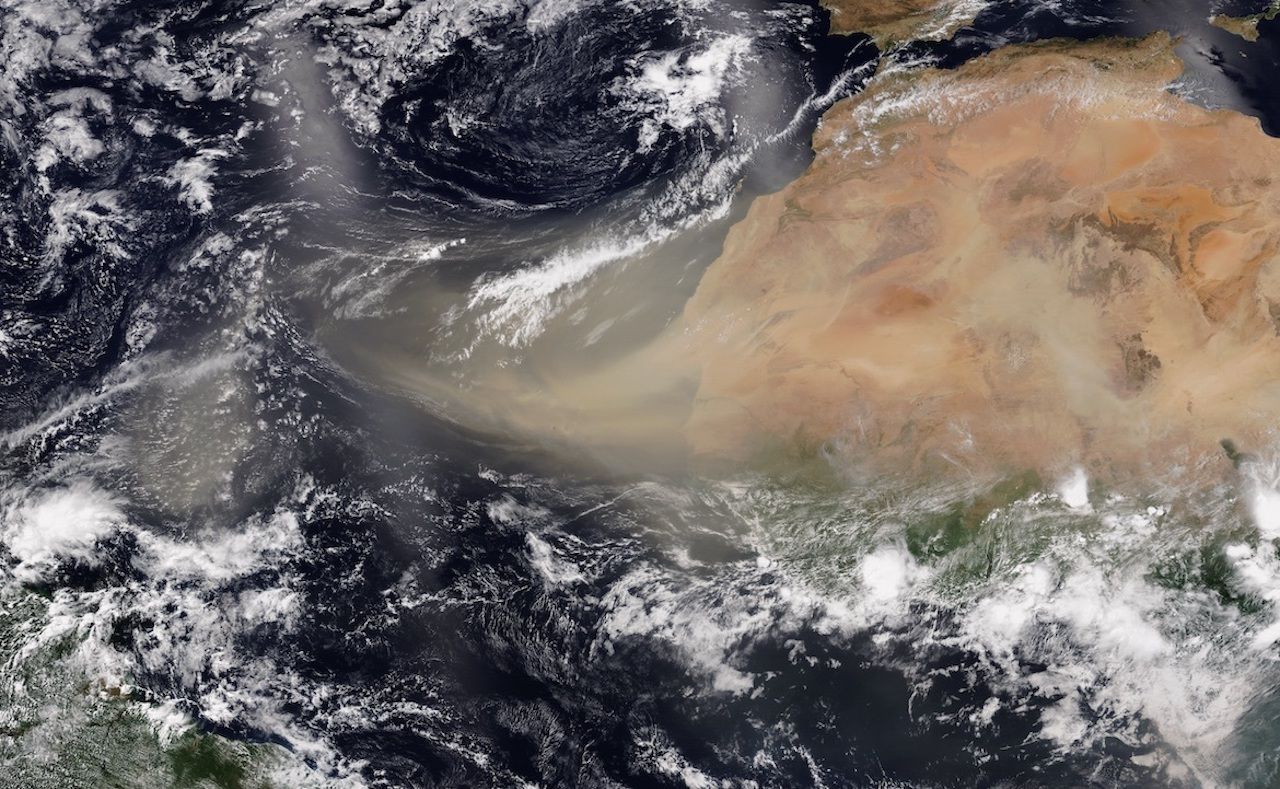 These dust clouds are being called the Saharan Air Layer by meteorologists and were stirred up by strong winds across the Sahara Desert. The dust entered the Atlantic Ocean near the Cape Verde Islands and rode the trade winds across the ocean. The dust layer was so widespread that it could be captured clearly by satellite images.

Dust clouds usually disperse by the time they reach the Caribbean, but this dust storm has remained intact.

“I was amazed that the dust is still coming off the coast,” said Kottlowski. “You don’t see a break in it, so it’s just a sort of long-lasting area of dust. We’re going to see hazy skies across the Caribbean, probably into Florida into parts of the Gulf of Mexico area, probably for a week or two.”

According to the New York Times, the dust cloud is likely to arrive in the Gulf Coast states on Wednesday and Thursday.

If you live in one of the affected areas, it’s important to keep in mind that the dust cloud can cause poor air quality and pose health concerns for those prone to respiratory issues. But it can also create vibrant sunsets and sunrises.

Epic StaysThe 7 Best Desert Hotels Around the World, From Luxe Lodges To Remote Camps
Tagged
News Sustainability
What did you think of this story?
Meh
Good
Awesome