What other cocktail delicately balances four of the five human tastes, comes in flavors ranging from chocolate to raspberry to jalapeño, pairs with literally every single type of food on the planet, and has its own goddess? Only the margarita. Tequila, Cointreau, and lime juice, shaken for 15-20 seconds. Slide in a lime wheel and voilà. Perfection.

Lucky for me, I come from the state with the best margaritas anywhere — hands down — and they’re all on Santa Fe’s Margarita Trail (making it almost dangerously easy to find them). In fact, the city’s known as the margarita capital of the world. Or should be. Will be. Here’s proof.

Every drink has an origin story (or five)…

As legend has it, Santa Fe was the first place in the world to import tequila from Mexico — which makes sense seeing as Santa Fe was, until 1848, a part of Mexico. Since the 1970s, margaritas have proliferated across The City Different. But let’s back up a bit: How did the drink come to be?

Slowly, that’s how. When the Spanish showed up on the shores of what is current-day Mexico, the indigenous people apparently presented them with a fermented agave juice called pulque. There was a tale to go along with the drink: When the Aztec goddess Mayahuel (the goddess of fertility) was killed, her lover Quetzalcoatl buried her, and the agave plant grew from her grave. Quetzalcoatl made pulque from the agave to drown his sorrows. But even though agave juice comes from the heavens, pulque didn’t taste so great — at least to the Europeans. It does set you right, however, so the Spanish distilled the agave juice. And thus, tequila was born.

It would take another 400 years to get from pulque to the margarita, and no one really knows who invented the drink. What we do know is that it most likely involved a gorgeous woman. One story has it that sometime in the 1940s, Carlos Herrera, a Mexican restaurant owner, created the drink for a showgirl by the name of Marjorie King. Supposedly, King was allergic to every type of alcohol save tequila — and she hated tequila. Herrera made her something she could stomach.

Most likely, the margarita evolved from a drink that was popular in the 1930s and ’40s known as “the Daisy,” a mix of various types of alcohols, citrus juice, grenadine, and a splash of soda served over shaved ice (spoiler alert: “Daisy” in Spanish is margarita). By the end of World War II, margaritas started showing up in Mexican Jose Cuervo ads — the first mention of margaritas in English print came only in 1965.

Enter the electric blender. The idea that you could turn an already perfect cocktail into a tequila slushy somehow took over the world, and today, the margarita is the most-ordered drink in America.

…but not every drink has its own trail… 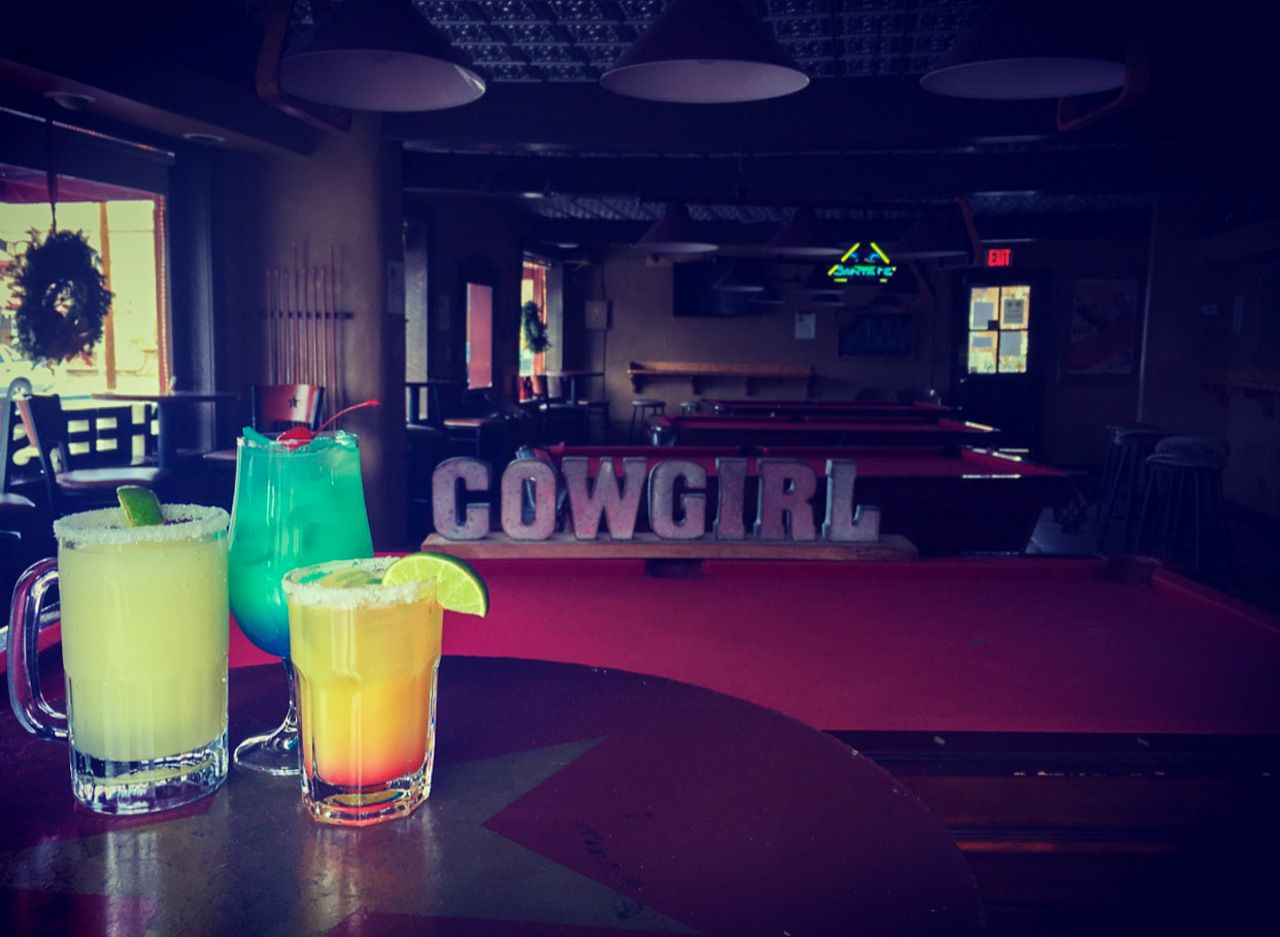 On May 5, 2016 (Cinco de Mayo), Santa Fe introduced the Santa Fe Margarita Trail to the world, highlighting the diverse and creatively curated margarita culture Santa Fe has birthed. And, more importantly, to get the city’s 30+ margarita hotspots onto one comprehensive list. Each location has its own “signature” Margarita Trail cocktail, and you won’t find any run-of-the-mill recipes here — these are “specially crafted” creations using 100% agave tequila, all created by certified mixologists.

If you’re headed this way, there are two ways to get started on the Margarita Trail. First, you can pick up the Santa Fe Margarita Trail Passport for $3 at any Santa Fe Visitor Center. Then, present your passport at any of the participating restaurants for a stamp in your passport and $1 off your signature Margarita Trail margarita. Five stamps gets you a t-shirt; 20 stamps lands you a signed copy of The Great Margarita Book. Complete the whole trail and you get your very own margarita bartender kit.

You can also go digital and download the recently launched smartphone app, available from both the Apple App Store and Google Play. A free version gives you access to the map, where participating locations appear in a list format so you can see which spots are closest (the interactive map also provides step-by-step directions on how to get to a location you may be looking for). Note that you’ll need the paid version of the app ($3.99) to acquire a virtual Margarita Trail Passport, rate your favorite margaritas, and collect stamps and prizes.

…and the trail is long. 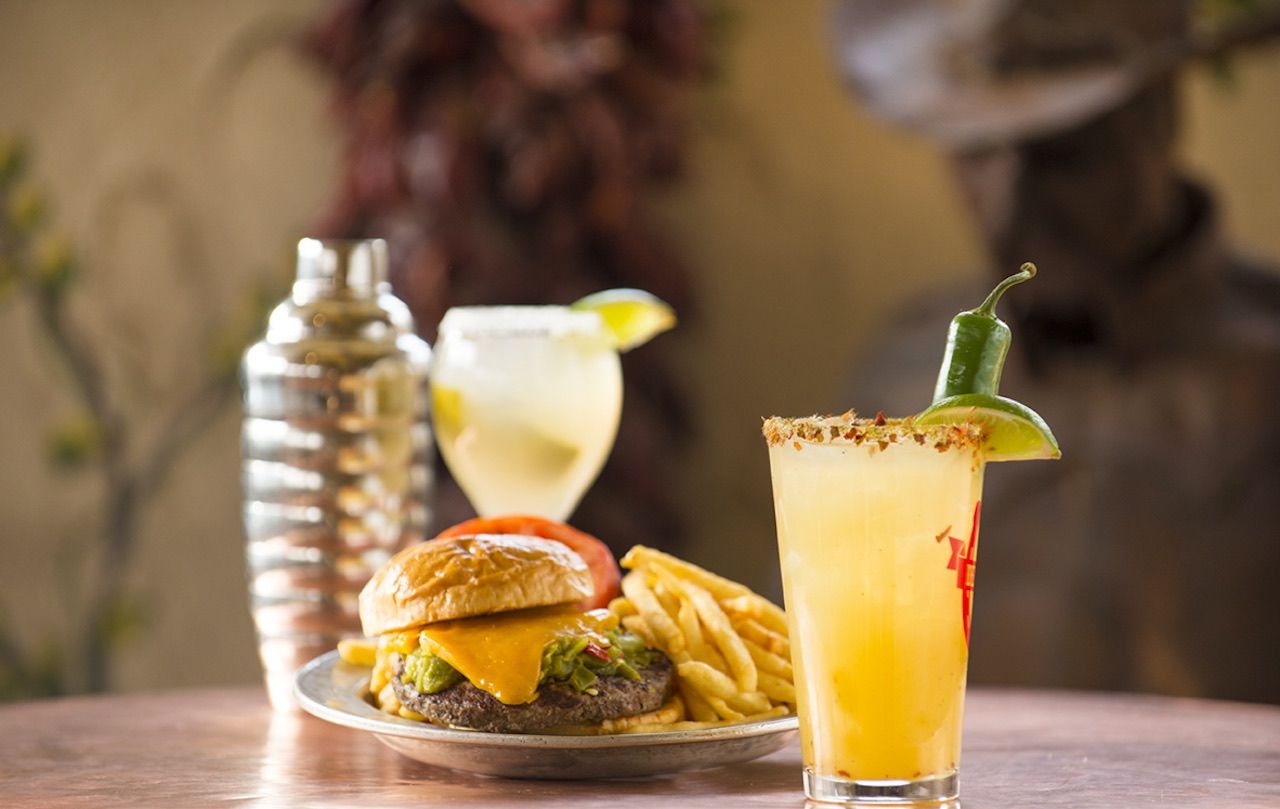 Pull up a seat at the tequila table in the Anasazi Restaurant Bar & Lounge for some advice on what dinner or tapas you might want to pair with your margarita. Known for their tortilla soup and lamb chops, the Anasazi has landed itself on the map for its simple, straightforward variations on the classic margarita. Consider the Sandia Y Pepino, made with Silver Tequila, Cointreau, watermelon, cucumber, and Tajin Lime Salt.

The margs over at the Del Charro Saloon aren’t for the timid. They infuse their Double Barrel Tequila Reposado from Casa Herradura with New Mexico green chile for a solid kick in the pants. If you’re in need of an extra slap, your bartender can add green chile powder or red chile flakes to your drink.

Or here’s a winning combination: After you check out the “Miraculous Staircase” at the Loretto Chapel, drop into Luminaria Restaurant & Patio for a sweet-and-spicy margarita flavored with jalapeños and strawberries. However, if you’re like me and tend to stick with the classics, order a Cowgirl Cadillac at the Cowgirl BBQ, my favorite rib joint (get the collard greens as a side — the best!) in the city. The Cowgirl Cadillac is the product of 30-some years of trial by Nick Ballas, the establishment’s recently retired co-owner. It’s made from organic blue agave tequila, Grand Marnier, and sweet and sour mix, with some fresh-squeezed lime and orange juice thrown in for good measure.