Bees are on the mind of the public these days. Scientists have concluded that climate change poses an increasing risk to bee populations worldwide, with a February study published in the journal Science directly linking rising temperatures to declining bumble bee populations on multiple continents. Common pest repellents like Orthene and Sevin, often sprayed on plants in commercial and residential settings, kill the pests that land on plants — and pollinating bees suffer the same fate. Even the almond milk on your grocery store shelf poses a threat.

The good news is that global awareness surrounding the plight of bees has never been higher. Local governments and entomologists are calling on citizens to step up, and it doesn’t even require leaving the house. Here’s the current state of the honeycomb union, and what you can do to help.

A new threat to bees in America: the Asian giant hornet 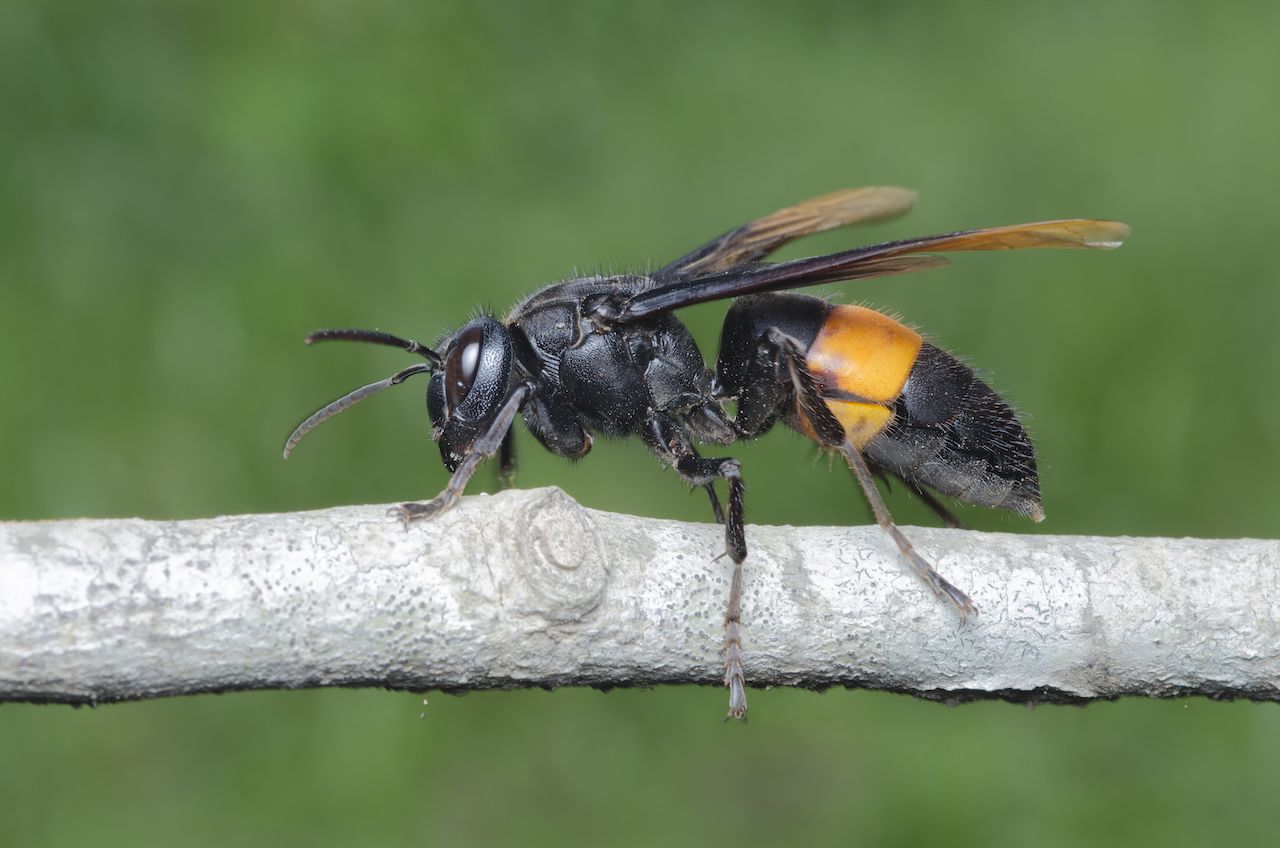 In the Pacific Northwest, local entomologists are asking citizens for help locating and eradicating the latest threat to bee populations: the Asian giant hornet. CBS News reported that these predatory hornets, dubbed “murder hornets,” could swarm and kill millions of honeybees in the Pacific Northwest this summer and fall. With sharp, blade-like mandibles, the hornets attack hives and kill the inhabitants, eating the larvae and pupae and often leaving dead bee carcasses strewn about on the ground below. The result is a major threat to local honeybee populations in the northwest and the life cycles of the plants and animals that depend on them.

The hornet can reach two inches in length and has a massive — in relation to its size — wingspan and head with teardrop eyes that, according to a report in The New York Times, is distinctive of its species. This makes it relatively easy to spot. The “murder hornet” arrived in British Columbia in the fall of 2019 and was first discovered in the United States in December. It wasn’t until recently when the hornet became a major threat to honeybees, however, as the queen’s hibernation period ends in April, and workers become active throughout spring, summer, and fall. Humans are also threatened by the hornets, though not lethally. Beekeeper and entomologist Conrad Bérubé told The New York Times that he was stung at least seven times by the hornet, noting that the stings were “like having red-hot thumbtacks being driven into my flesh.”

Entomologists in the Pacific Northwest are working to eradicate the population of Asian giant hornets before the species establishes a prominent presence, and if you live in the area, they need your help. The best way to take action is to report sightings to the Washington State Department of Agriculture Pest Program. Call 1-800-443-6684 or shoot an email to pestprogram@agr.wa.gov.

In Britain, bees face a viral disease that kills within a week 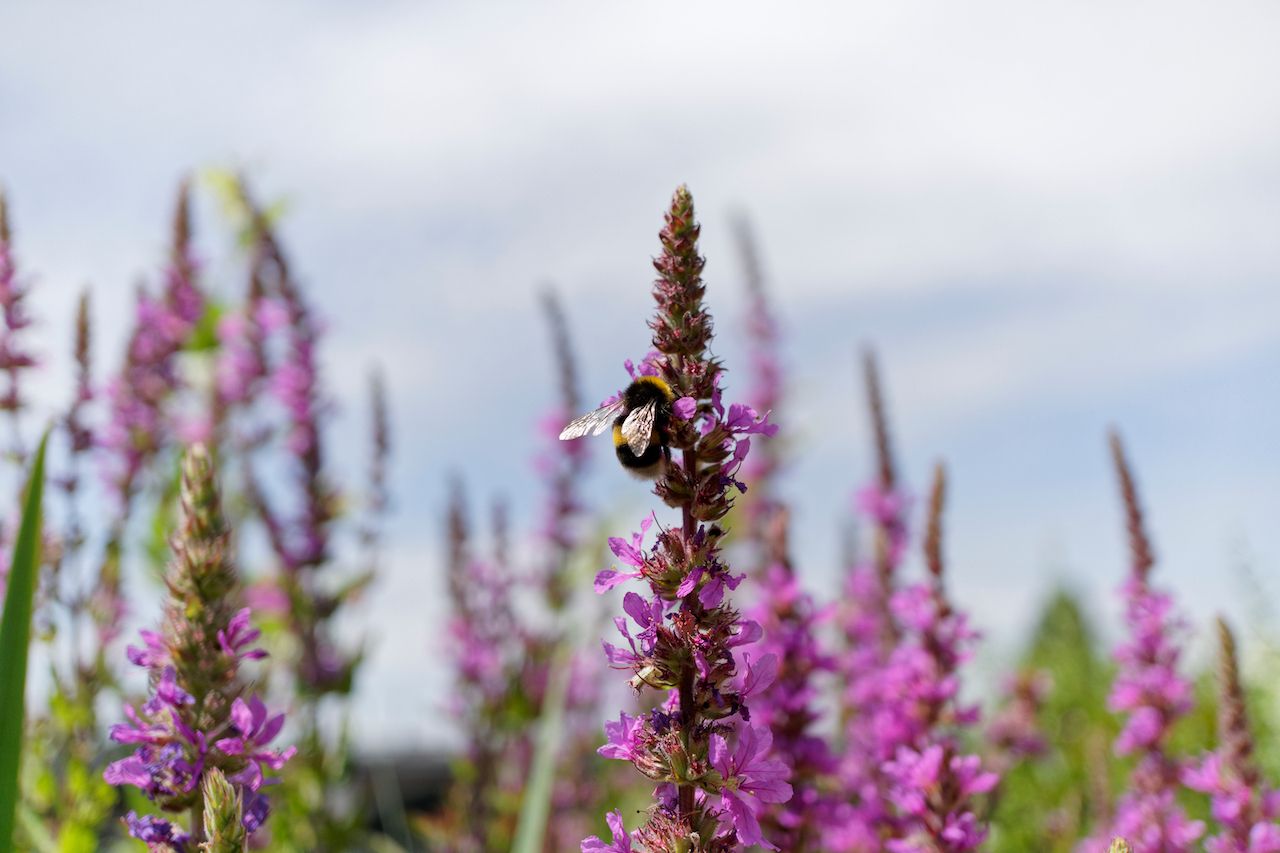 On the other side of the Atlantic, bees face a different kind of threat. Chronic bee paralysis virus, or CBPV, is a viral disease that, once inside a colony, spreads rapidly. According to a new study published this week, the deaths appear to be increasing exponentially. Though it has been around for centuries, the modern CBPV was first recorded as a major threat to bees in the UK in 2007, according to The Guardian, and has become more of a threat to bees in the years following. The disease is particularly worrisome to beekeepers who manage hundreds or even thousands of colonies. Once a few are infected, it can be tough to prevent spread to the others. Much like the current predicament among humans, social distancing is thought to help prevent the spread of the viral disease. In the UK, this is much easier in the summer than in winter, when managed bees are typically kept within their hive.

Three ways you can help protect the bees 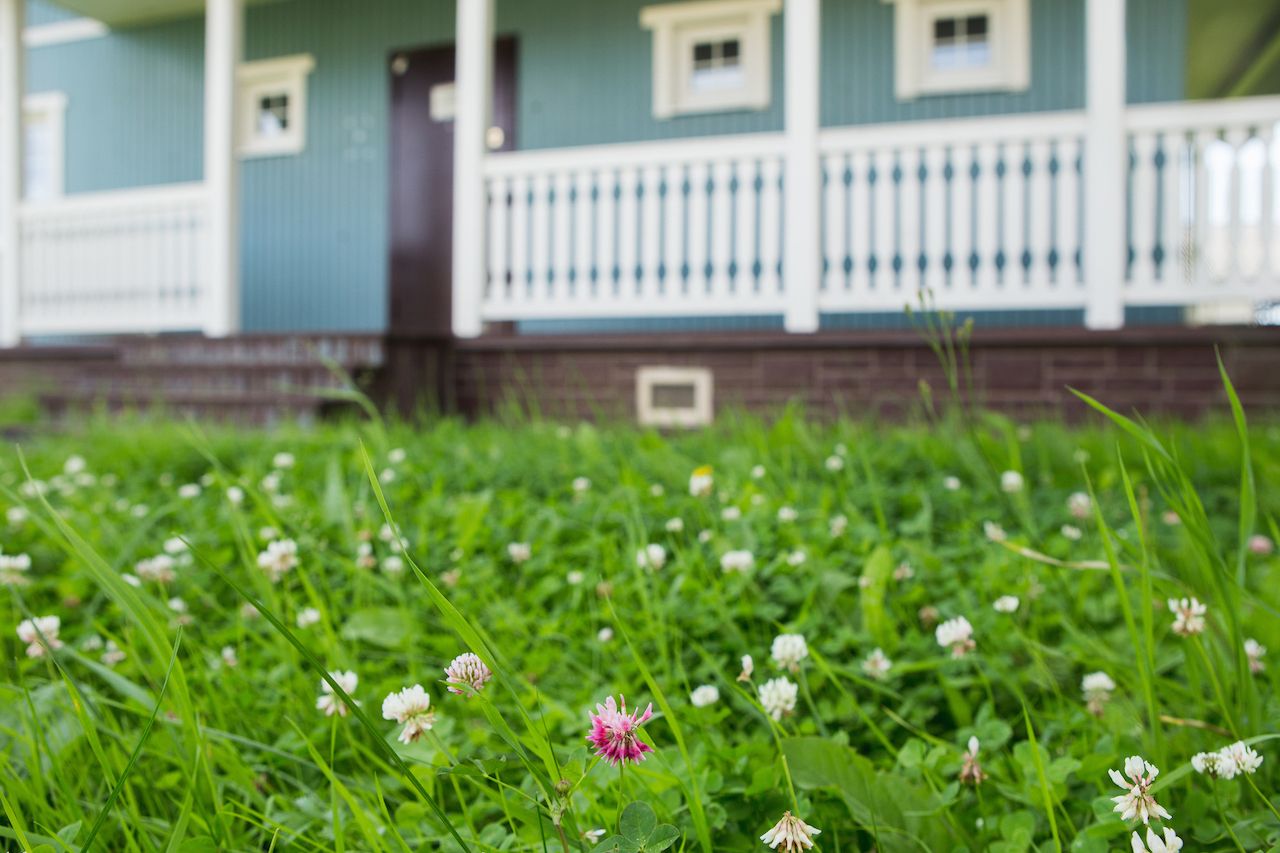 1. Plant clover or, better yet, an entire garden

No matter where you live, one of the best things you can do to support bees is to plant a garden, whether in your yard or in a community garden plot. Include vegetables that grow well in your region, of course, but also include common flowers that bees pollinate, like daisies, snapdragons, and marigolds. Bees will be uber-attracted to your garden and, as a bonus, your plot will be extra colorful.

Another action point, for those with a yard, is to plant Dutch White Clover and let it grow naturally in the grass. Bees rely on wild grasses and clover, both in tight supply in the nation’s cities. You can find Dutch White at local nurseries, greenhouses, or garden supply shops around the country. Enough clover to populate the average suburban lawn shouldn’t run you more than $15. Planting wild grasses native to your area is also helpful, serving as a food source for bees. Last year, Minnesota even announced plans to pay homeowners to ditch lawns in favor of wild grasses and wildflowers in an effort to save the bees — an initiative we hope more states will follow.

2. Support nonprofits and government agencies working on the ground 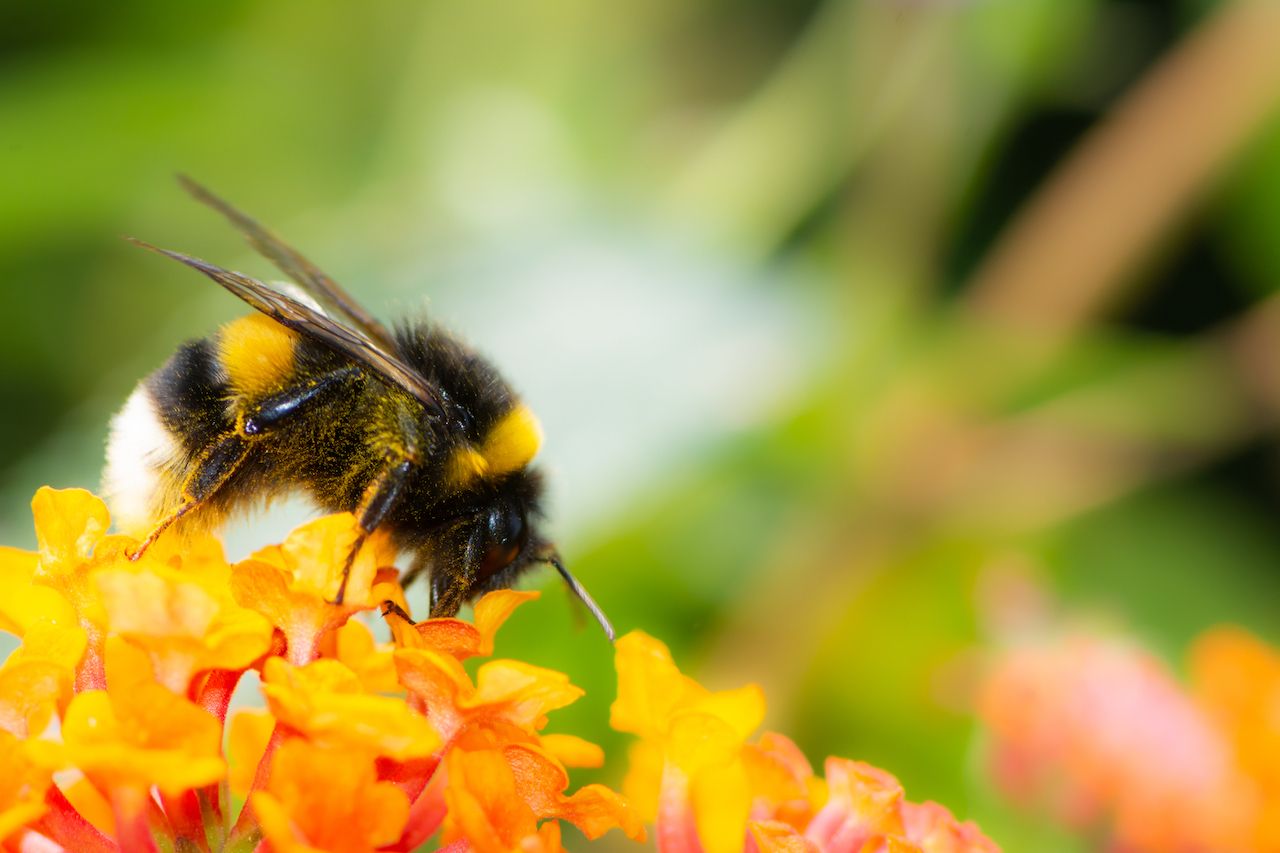 If you’re in a position to make a financial donation to the bee conservation effort at large, nonprofit groups including The Honeybee Conservancy and Planet Bee work to protect bee populations and habitats through education, outreach, and activism. In the UK, the group Friends of the Earth has put together a “pollinator action plan” that governments can use to develop bee-friendly policies. Many local governments including those in Cornwall and Devon have already taken action — and the group is asking citizens throughout the country to lobby their officials to do the same.

3. Shop smart, wherever you are

Your daily spending habits can have an impact on bees, whether or not you realize it. Non-organic vegetables sprayed with toxic pesticides and other chemicals can be devastating to bee environments. As such, buy organic produce whenever possible.

Avoid buying or using lawn and garden products that are harmful to bees. Namely, anything that contains Imidacloprid, Acetamiprid, Clothianidin, Dinotefuran, or Thiamethoxam. This means that many — if not most — common anti-pest chemicals are at the root of the problem, which only serves to amplify the need for organic growing practices, even in the home garden.

Sustainability5 Ways the Environment Has Improved Since the First Earth Day
Tagged
News Sustainability Wildlife
What did you think of this story?
Meh
Good
Awesome