If you were to walk into Ninety Nine Restaurant in the Somerville neighborhood right outside Boston, you might see an unusual term in the description for New England fish and chips: schrod. Yet if you’re from Massachusetts, or the greater New England area, you won’t bat an eye. The term — or its alternate spelling “scrod” — is on restaurant menus all over the region. But if you’re from anywhere else in the US, the term might leave you scratching your head.

A few questions might pop into your head right away: What type of fish is scrod, actually? Why is it spelled that way? Where does the term even come from? Fair warning: If you venture to ask your friends from New England to help you interpret the term, you likely won’t get a definitive, or even consistent, answer.

What will be immediately clear, however, is that scrod isn’t a specific species of fish. Instead, it’s a general catchall term for many different types of white fish — usually haddock, hake, pollack, or cod. Scrod is not interchangeable with cod, and it does not indicate a specific species of fish (so you won’t find any scrod in the ocean). Just about everything else about scrod is debated. 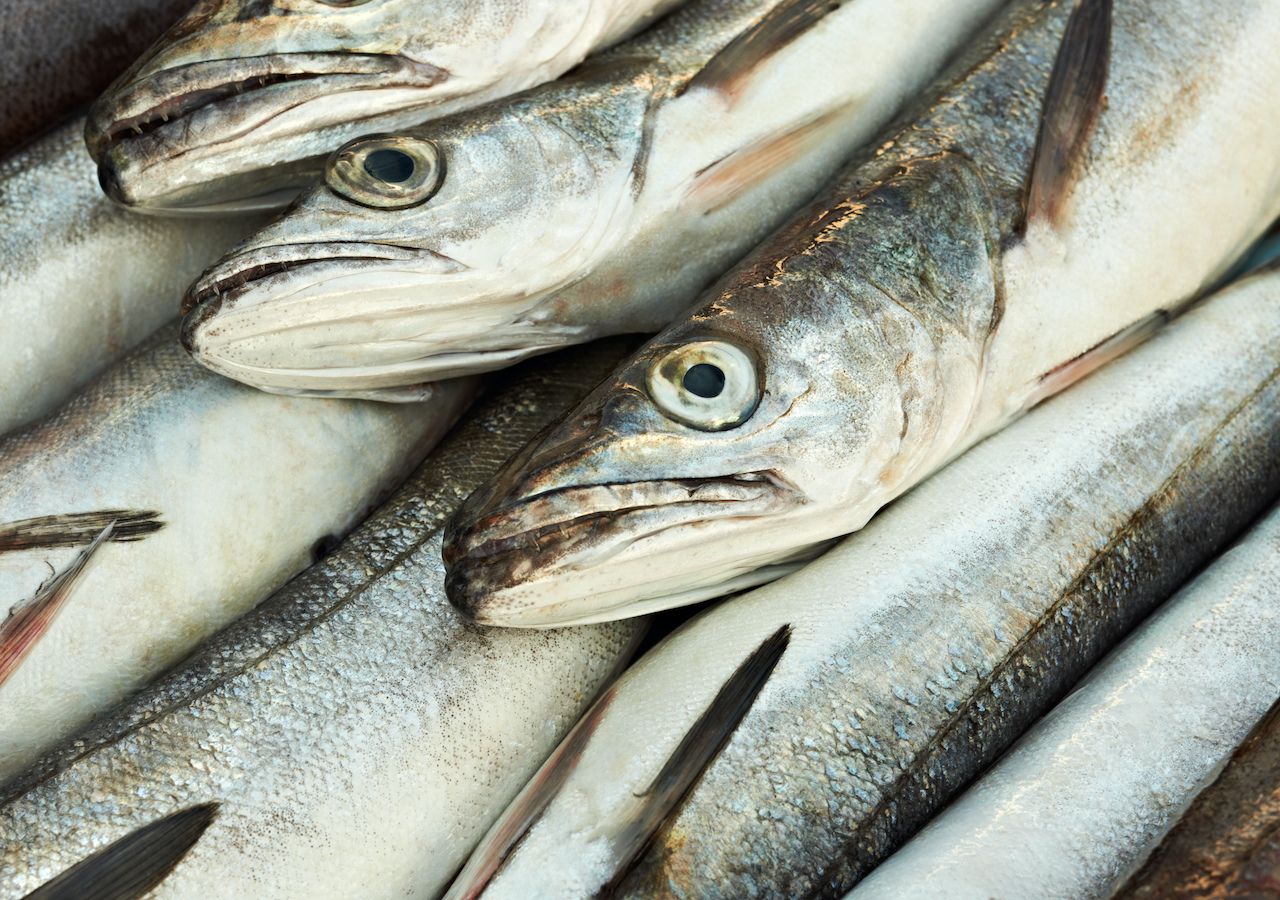 To get to the bottom of why there’s so much discourse over what exactly the word scrod means, you first need to understand how important white fish — and cod in particular — is to the region’s economy, especially in Massachusetts. In 1798, people from Massachusetts marched to the newly built state house carrying a wooden replica of a cod as an homage to the fish that sustained the Massachusetts economy and ensured the survival of the mariners who explored the Atlantic, from Canada to New England, where the waters were “literally churning with codfish,” according to Mass Moments, a historical resource for educators. Now known as the Sacred Cod, the fish still hangs in the House Chambers of the Massachusetts State House.

Today, cod is still omnipresent on restaurant menus, but so is scrod, and both are of great importance to New Englanders. The most common origin story comes from the Omni Parker Hotel in Boston, which claims to have invented the term. Fishing boats that returned from sea to auction off their catch had the freshest, highest quality fish on top, while the soggy, older fish were packed into the hold. As New England Today tells the story, the hotel wanted the finest catch, but there was no guarantee that it would be cod, so the restaurant simply printed “scrod” on the menu as a convenient placeholder to identify whatever fish ended up in the kitchen that day.

This story is apocryphal: The original Omni Parker Hotel opened in 1855, but historians have discovered references to “broiled scrod” — a young cod browned on both sides and serve with butter and pepper — as far back as 1851 in a household manual called The American Matron; or, Practical and Scientific Cookery. Another cookbook from 1921 called The Boston Cooking-School Cookbook also defines scrod as young cod. The likeliest origins of the word, etymologically speaking, are from the Dutch scrood, meaning “small cut up pieces,” which would refer to the typical 19th-century preparation of salted and dried pieces of young cod. Its roots could also be traced back to the Cornish word scraw, which means to split, salt, and dry.

The Omni Parker Hotel’s story still resonates today, though, despite the fact that it’s been debunked — perhaps because New Englanders passionately cling to their own definitions of the word. An informal Twitter poll revealed competing ideas about how to properly deploy scrod. Multiple people stated that they thought the term was an acronym for “select catch ready on dock,” or “seasonal catch ready on dock,” whereas New England Living claims the true acronym is “select catch received on the day.” It’s perhaps worth noting that there’s no etymological basis for any of these acronyms, but they are nonetheless widely accepted today. 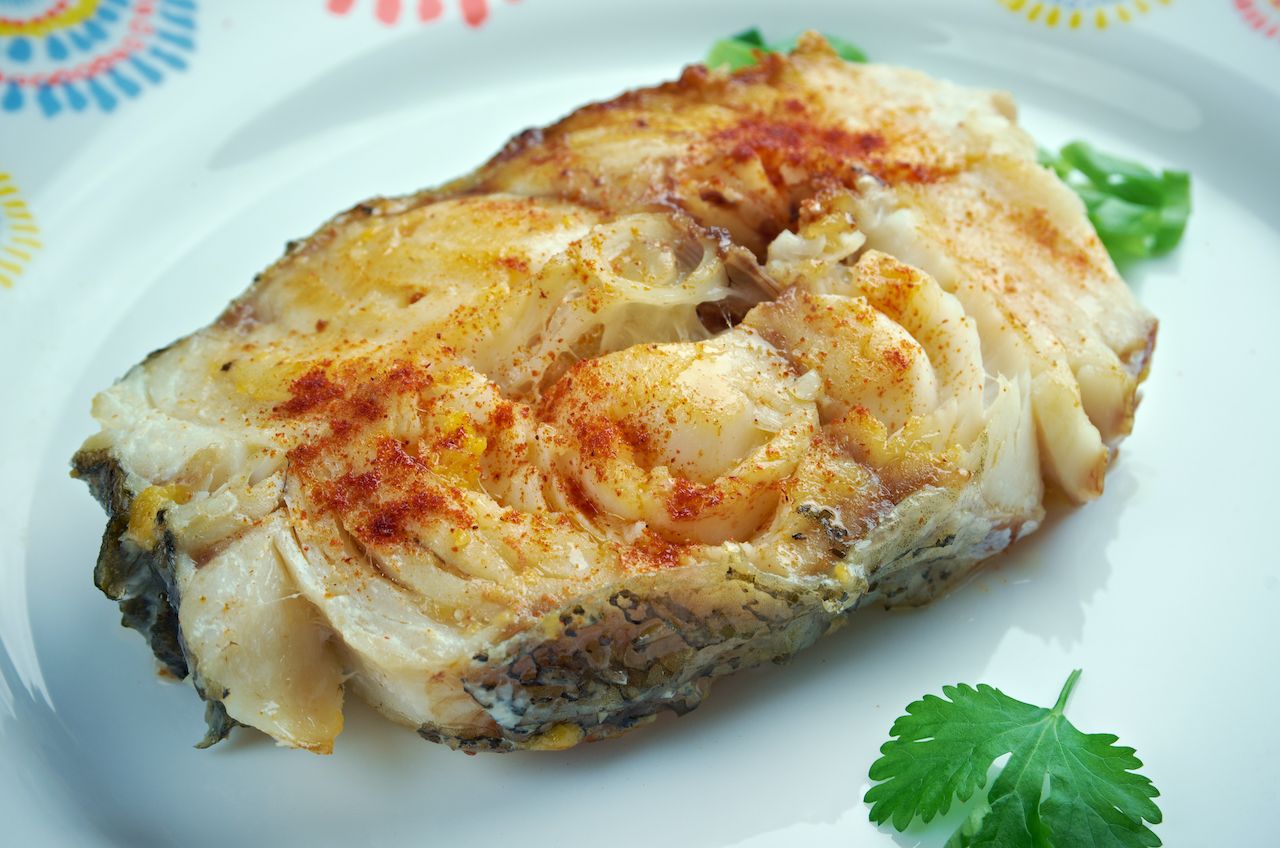 Scrod seems to also refer to the way a white fish — whether it’s cod or not — is prepared. Seafood Sam’s, a seafood restaurant with locations in Falmouth and Sandwich Massachusetts insists that scrod should always be “split and deboned.” On Twitter, one person who grew up near Boston told me that scrod is always a “white flaky fish, usually baked with a coat of breading … sometimes with lemon too.” Another Bostonian backed up this claim, writing that in their house, scrod was served “baked [with] crumbled ritz crackers on top and a touch of lemon,” though the specific species of fish was never identified further. Someone else, who grew up in New Hampshire but spent time with their grandparents in Massachusetts, wrote that scrod is “generally in a baked dish or sautéed in lemon/butter/white wine.”

Should scrod refer to high- or low-quality white fish? Again there is disagreement. One Connecticut-based writer told me that her definition of scrod is “mild white fish … in some sort of buttery lemony preparation … fancy [but] in a very old-school, austere Yankee way.” And the legend propagated by the Omni Parker Hotel would also suggest that scrod is the freshest, highest quality catch. However, one Massachusetts native wrote that it should be “sold cheaply” while another referred to it with a rather more colorful acronym: “shitty cut of the day.”

What can we take away from these sometimes competing and confusing definitions? First of all, scrod is not its own species of fish, but rather it’s a general term for white fish that’s usually cod but not always. Restaurant menus still use the term scrod and probably won’t further identify the specific species of fish unless you ask. Whether or not it’s a cheap white fish from the bottom of the barrel is still in question.

It seems to be just a happy coincidence that scrod is a (near) portmanteau for “sacred cod,” and there’s no denying that cod is indeed holy to New Englanders. In fact, I think a consensus can easily be reached on at least one point: White fish, and cod in particular, ignites passion, enthusiasm, and excitement from people all over New England. To the rest of the world, scrod might be an odd-but-funny term that pops up on a list of specials every now and then. But in New England, it symbolizes a long relationship — and reliance — on white fish, both in its economy and cuisine.

Food + DrinkWhite Fish Is Everywhere You Travel. Here’s What It Really Is and Why You Should Order It.
Tagged
Food + Drink Massachusetts, United States
What did you think of this story?
Meh
Good
Awesome