When I was 17, my dad made me an intriguing offer: If I wanted to visit my college of choice, I could take the Amtrak train from Seattle, stop in Erie, PA, to visit my aunt, and then continue on Amtrak to New York City. When he was just a little older than me, he worked for Amtrak and filled my childhood with motorized models that wound around his bedroom on miniature tracks. I said yes, forgoing the ease of a flight, because I had a romantic fantasy about train travel without thinking too hard about what long-distance train travel would entail on a practical level.

I quickly learned that a trip on Amtrak sends you hurtling through America without all of the modern conveniences to which most frequent travelers have become accustomed. There isn’t even WiFi on some of the trains. But that’s exactly why you need to experience it for yourself, at least once. It will jolt you out of your comfort zone in the best way possible.

My dad pushed me to accept the more expensive ticket for the sleeper car, but I insisted that I could ride coach no problem. I envisioned a cozy but rugged trip through the American wilderness without many luxuries. I was absolutely correct about everything but the coziness.

The Empire Builder took me from Seattle to Chicago, where I spent the day exploring the city with a friend before boarding the Capitol Limited to Pittsburgh. It was cold all the time, my seat was hard, and it was boring (I was still in my teens when I took the train in 2007, years before the iPhone became ubiquitous). I didn’t bring a blanket for the four day journey, and the stewardesses don’t stock extras (if you don’t spring for the sleeper car, don’t repeat my mistake). I don’t remember how I fell asleep on the train, but I do vividly recall collapsing in my aunt’s guest room when I arrived and sleeping peacefully for hours, grateful to be on solid ground.

That is probably not the ringing endorsement you were expecting.

Yet that trip, as uncomfortable as it was at times, had a profound effect on the way, and the reasons, I travel in adulthood — in part precisely because it required that I completely release myself from the expectations of what should happen on vacation. 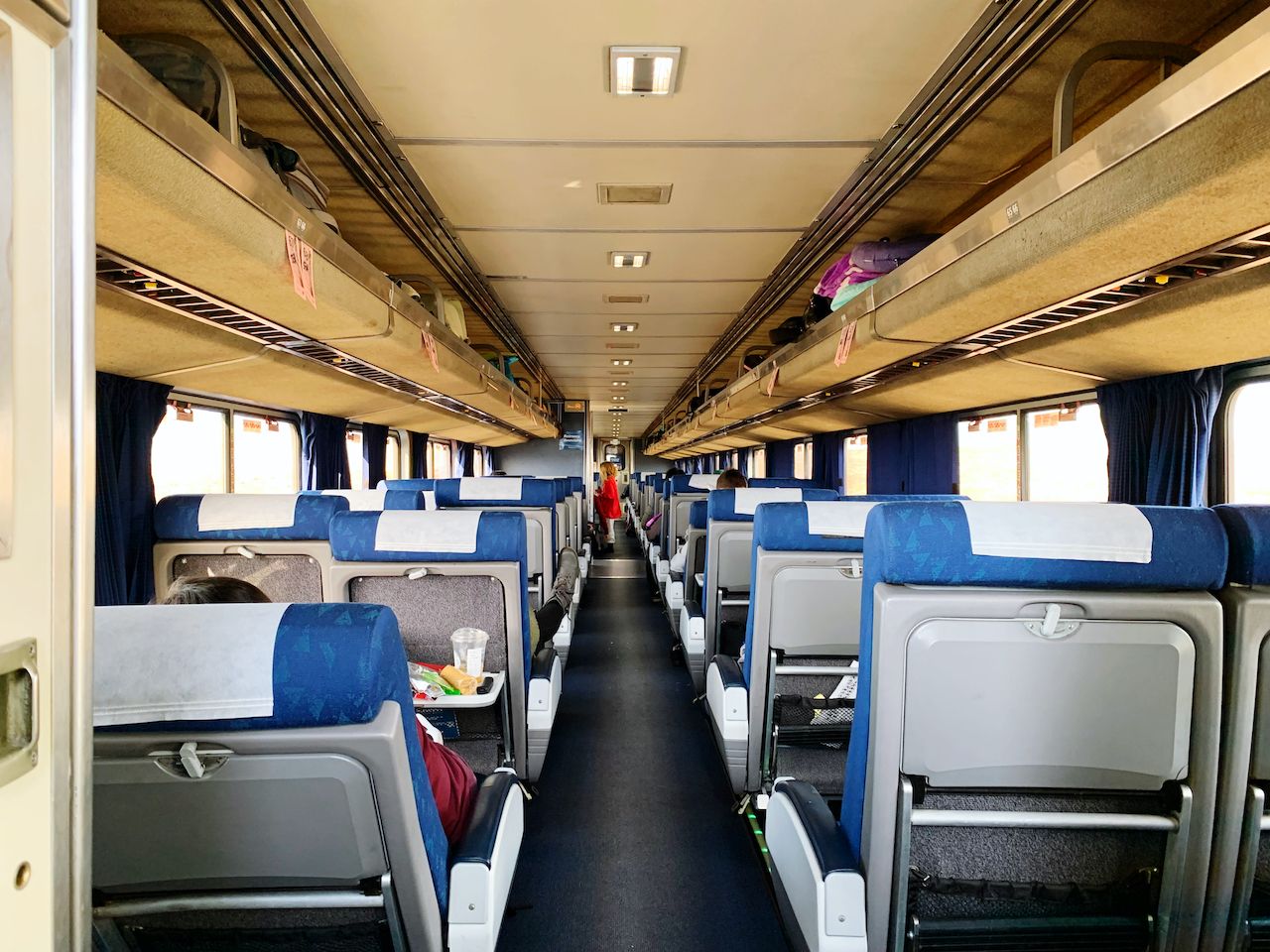 So much of going on vacation these days revolves around being entertained and served. At luxury hotels and resorts, your every desire is supposed to be met, and the priority is comfort and convenience. The point is to pamper yourself or indulge your family with gifts and experiences. On the train, the priority is quietly sitting and staring out a window, and I admit that at first it might not sound particularly exciting or appealing in a culture obsessed with social media and instant gratification.

The Empire Builder passes through some of American’s most unspoiled terrain: The wild forests of Montana near Glacier National Park, where I saw a Grizzly bear and her cubs watch the train pass from the edge of the tracks, and the untouched green hills of North Dakota. There was a lot of simply looking during that trip. I looked out the window all day, took blurry pictures with my first digital camera (which has since been misplaced), read, tried to write, and paced the train cars. I found an abandoned copy of Silent Spring (which I still have) in the quiet car and read that.

There was no list of activities to check off (except for stretching my legs at each local stop in Montana, Minnesota, North Dakota, and Wisconsin). There are few backdrops for Instagram-worthy selfies and group snapshots because the stunning landscapes outside the window are rushing by so quickly.

As a broke teenager, I only ate one or two meals in the sit-down dining car. The rest were supplied by the dining car’s cafe, so that meant a lot of sandwiches with rubbery cheese and hotdogs. So many people these days, myself included, travel all over the world just to try a certain restaurant or sample a local cuisine. A vacation success is sometimes even judged on how many enviable meals it involves.

But I also think that there is value in taking what you are given and making the best of it. There are no Michelin-star restaurants at the local train stations where the Empire Builder stops, no waiters that can take your pasta back because it’s undercooked. It’s simple, low maintenance food that forces you to be the same way.

I ate in my seat for nearly every meal, just thinking about my life back home and my future. It was a time to settle my priorities and decide what would be the most important tenets of my life moving forward: I resolved to move to New York City, where I stayed for the next decade before moving just across the water to Jersey City, where I’ve been ever since. I decided to take another shot at a relationship that would remain in my life for another two years. My determination to become a writer only strengthened in those quiet moments when I turned to my journal. It’s uncomfortable, especially now in the age of the smartphone, to sit with your own thoughts for long stretches of time. But it might conjure up a few unexpected revelations. 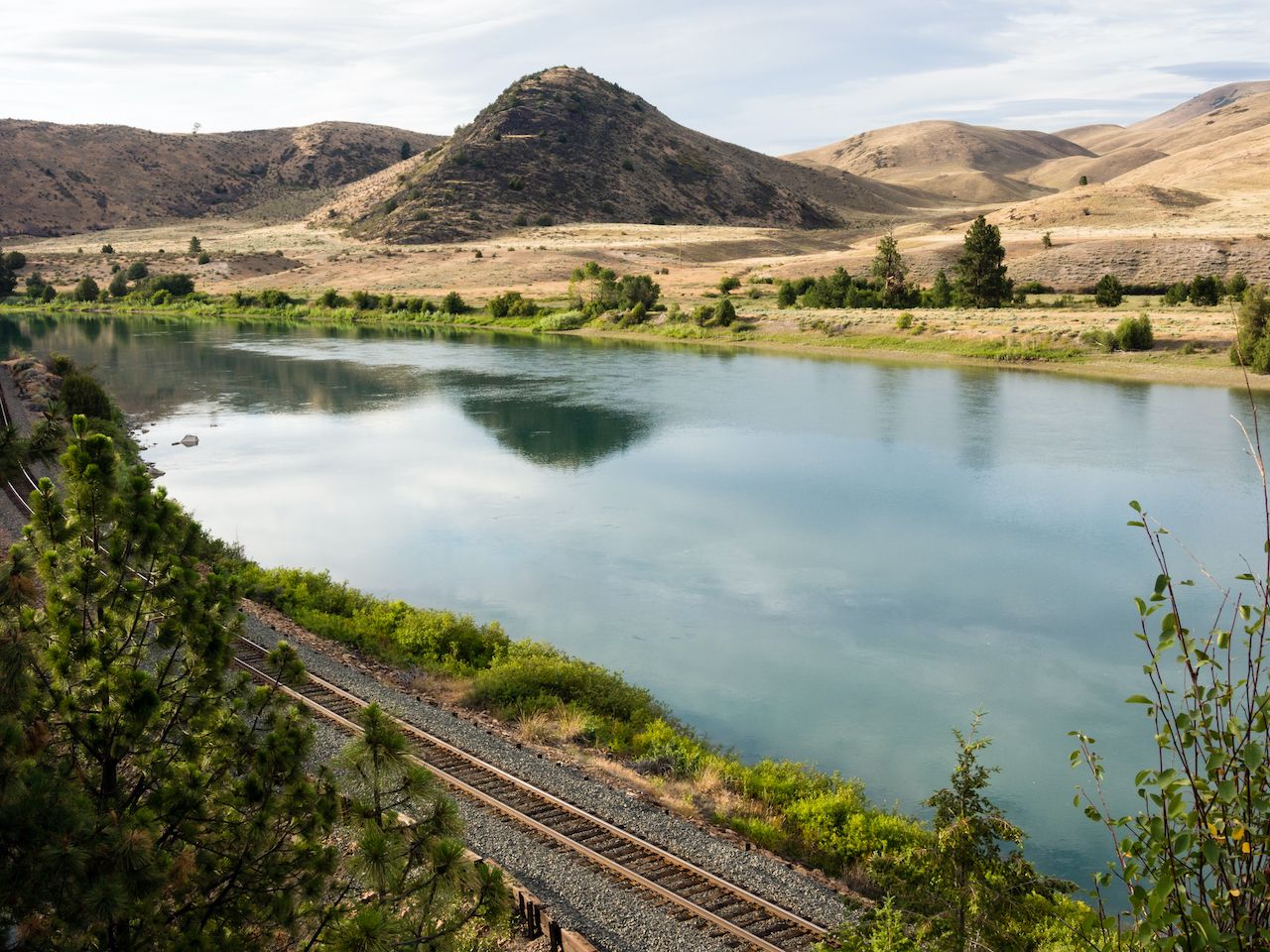 In an era where traveling by plane is much faster, and often cheaper, than train travel, Amtrak caters to a dying part of the American psyche — one that is patient and focused, that doesn’t demand attention or distraction. Peace of mind doesn’t always arrive on white-sand beaches or in the resort spa, and a vacation doesn’t always have to be an escape. Amtrak is certainly not an escape, at least not in the way most tourists are accustomed to. You are leaving home, but you will spend your time looking inward. And it’s well worth a little discomfort to experience the particular calm and peace of mind that a relatively uneventful — even monotonous — cross-country Amtrak trip can inspire.

Train Travel7 Reasons Your Next Trip Should Be by Train
Tagged
Narrative Solo Travel Train Travel
What did you think of this story?
Meh
Good
Awesome