We had you at baby snow monkeys, admit it.

And seriously, what’s not to love about a troop of macaques? These adorable red-faced primates first grabbed our collective hearts during the 1998 Winter Olympics in Nagano, Japan, when video clips of them relaxing in natural hot springs like jacuzzis at an après ski were all over TV. The macaques — or Japanese snow monkeys — are the northernmost non-human primates in the world, native to the mountainous regions of Japan, and the only ones other than humans to live in cold weather. And the only place you can see baby ones is in Japan.

Well, there and South Dakota.

The Great Plains Zoo in Sioux Falls welcomed the two newest baby macaques in America this summer, bringing the number of animals in the zoo’s troop up to 16. Though 14 zoos across the country have macaques, this is the only one where you’ll see babies this young. And as primates go, they might be the most entertaining to watch. 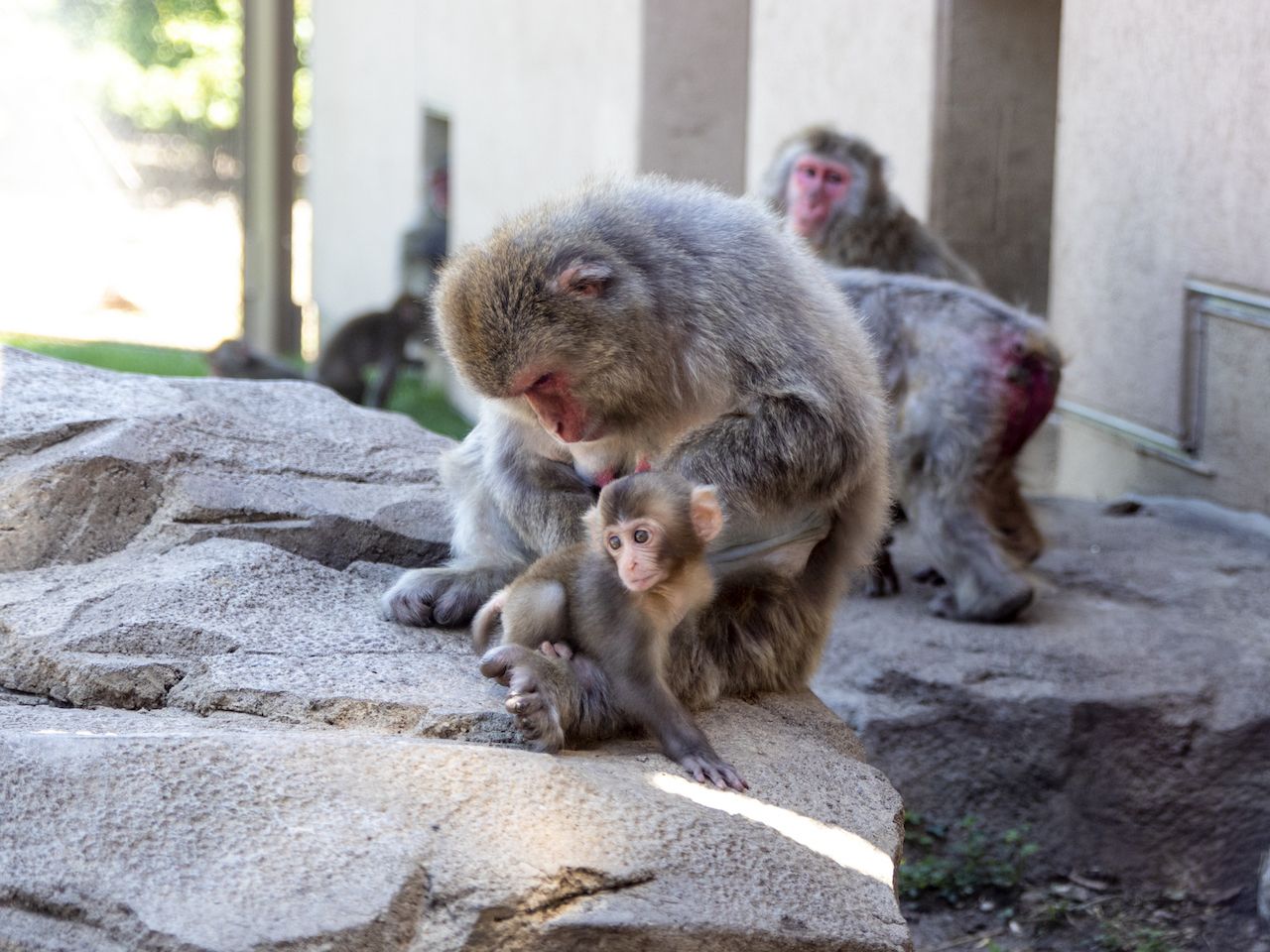 Head to the exhibit in Sioux Falls this summer, and you’ll see the baby macaques basking in the sunshine, with adults perched on tree branches in order of hierarchy. In the winter, you can catch them rolling snowballs and rolling down snow hills, just like your kids.

“They’re like holding a mirror up to yourself as a primate,” says Ali Wunderman, founder of The Naturalist magazine. “You look at them and think, ‘I’m like that!’ They have complex facial expressions, different eye color, nurturing, pair bonding. They make you appreciate humans’ place in the animal kingdom.”

In addition to playing in the snow, you can also catch them taking their traditional hot-tub soaks like we saw during the Olympics. The only jacuzzi-dwelling macaques in the world are native to Jigokudani near Nagano, but because South Dakota gets just as cold, they do it here, too.

“It’s a nice warm pool, just like the hot springs you find in the mountains of Japan,” says zoo president and CEO Elizabeth Whealey. “So you’ll see them swimming in there, or dangling food in to wash it.”

But getting these monkeys to breed was a major undertaking. 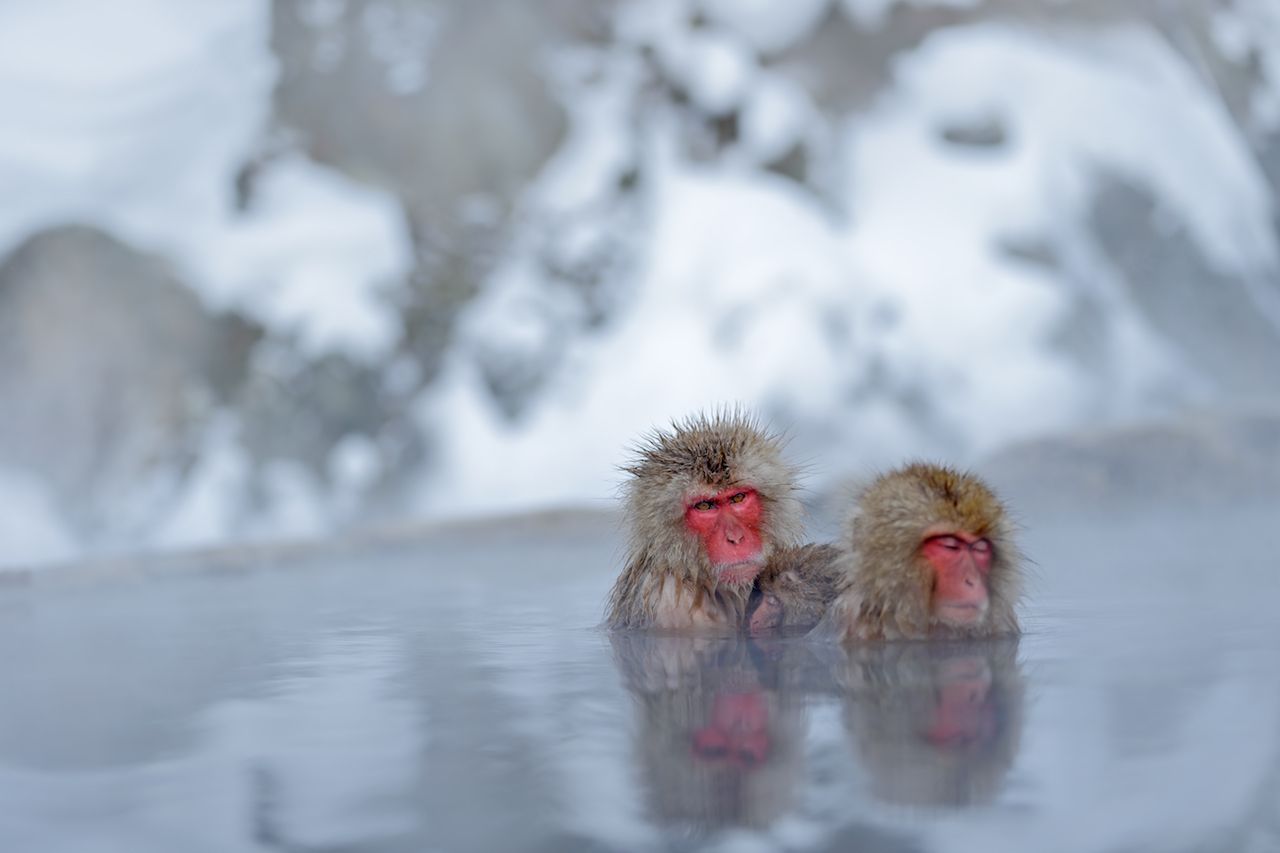 Breeding is harder than just showing up at the hot tub.

If we’ve learned anything from 16 years of watching The Bachelor, it’s that hot tubs are a great way to get the reproductive process started. With macaques, however, it’s not as simple as popping a bottle of Moet and inviting over the girls from the next tree branch.

Though these animals aren’t critically endangered, safely breeding them is an important step in preserving the world’s macaque population.

“We’ve pushed so many animals into tiny corners of their natural habitats; human encroachment has made a difference in Japan onto their territory,” says Whealy. “It’s up to us to make sure they don’t go extinct.”

However, breeding macaques is difficult because of their complex social structure — which is why the Sioux Falls babies are being celebrated so widely.

“It’s like pandas,” says Wunderman. “You can’t just force it to happen by putting two macaques together.”

The Great Plains Zoo works like an expensive matchmaking service, working with the Association of Zoos and Aquariums’ Species Survival Plan (or SSP) to match females with males for the best breeding potential. 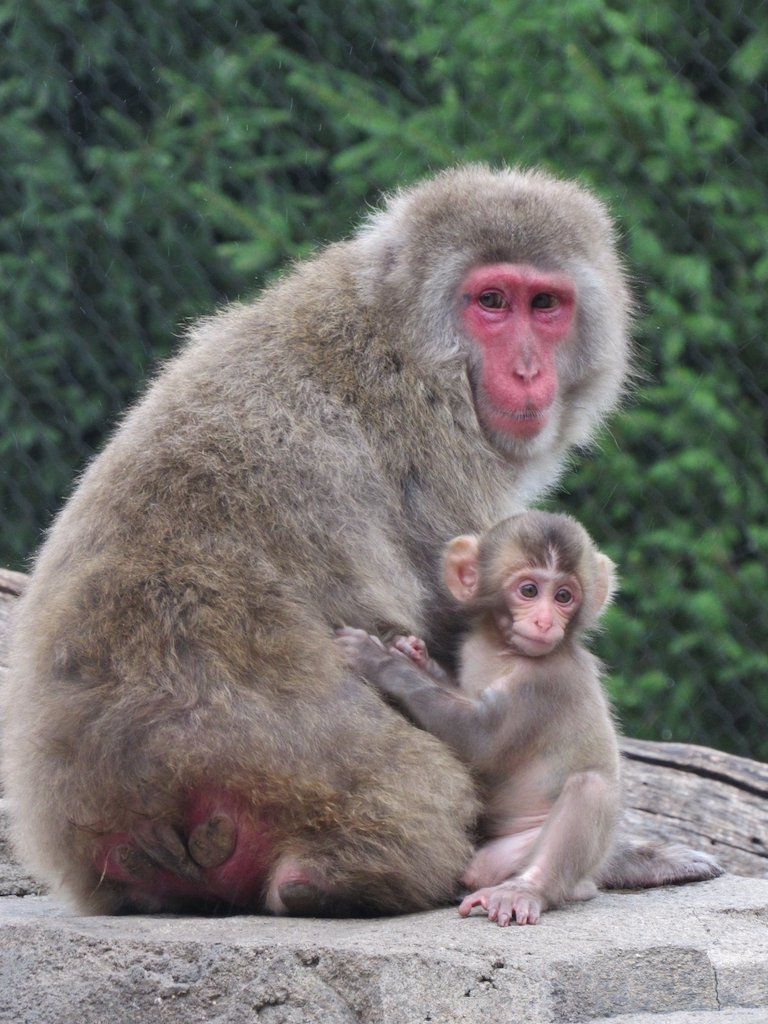 “First, we look at who is going to be the best mate across time,” says Great Plains’ Whealey. “The SSP looks across all 14 zoos (with macaques), and it’s not just genetically who’s going to be best, but who’s going to be accepted. Like humans, they’re very complex.”

“We determine who would be most open to a new situation,” she continues. “Maybe it’s their demeanor, or who would be the best breeder for the bloodline. Like with livestock, you want a lot of biodiversity. We’re not going to introduce you to your cousin and say, ‘Oh, we think she’d be great for you to marry.’ She may be perfectly nice, but that’s not going to work out well down the road.”

Inbred macaques, apparently, are not nearly as adorable. 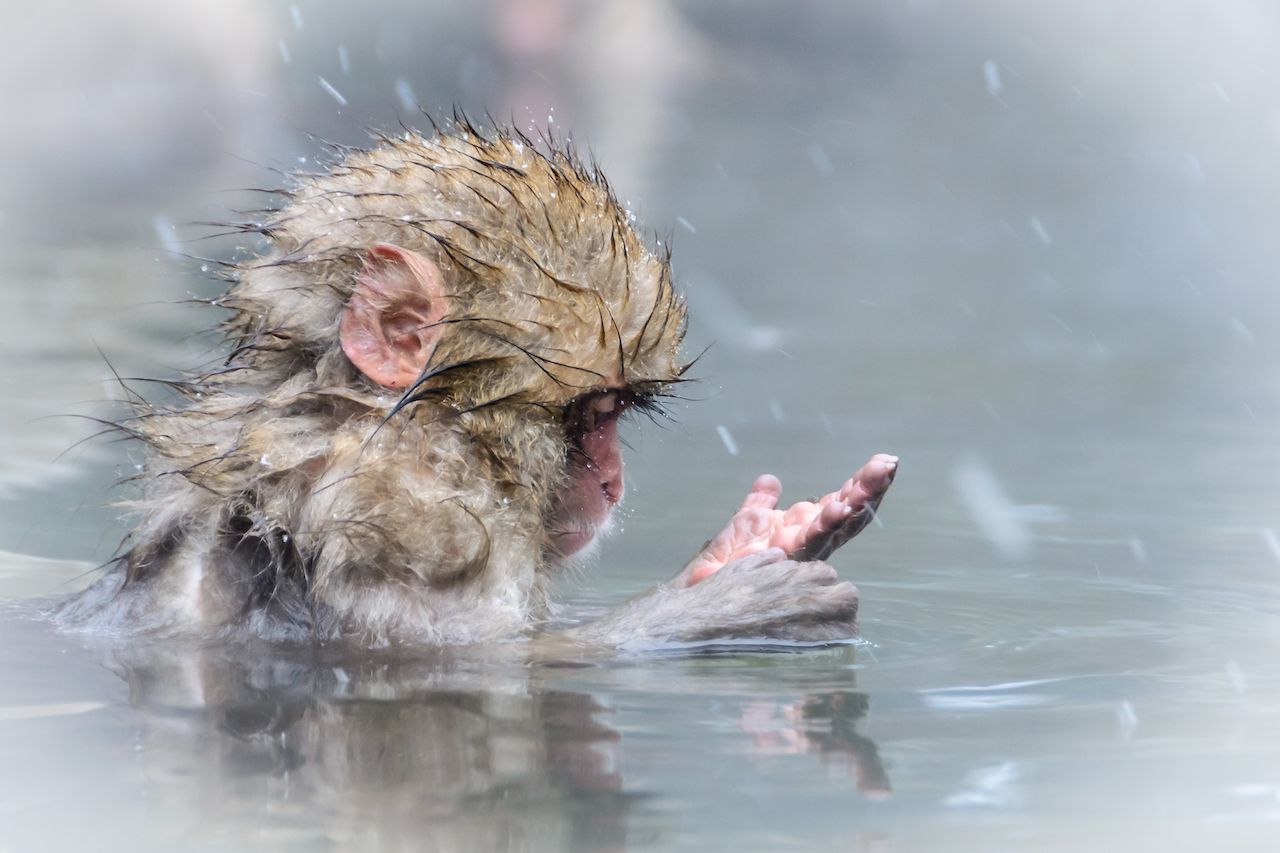 Beyond making sure their exhibit doesn’t turn in to rural Appalachia, the breeding program also has to ensure it doesn’t turn into a primate production of Mean Girls. Because breeding often involves moving macaques from one zoo to another, they must make sure the new animal will be accepted into the troop.

In practice that means once the SSP has determined which animals would be viable to breed, they then figure out which zoo would be the best place for them socially. Perhaps a female in Milwaukee is best suited to mate with the breeding males in Sioux Falls. But kinda like the new girl in high school, if she’s not accepted by the females, too, it’s going to be a tough road for her, no matter how popular she is with the fellas. Especially in the matrilineal society of macaques.

“They look at the makeup of the females and males in the troop,” says Whealey. “And if they’d end up having a little gang fight if we brought the wrong one in. Again, they’re very complicated.” 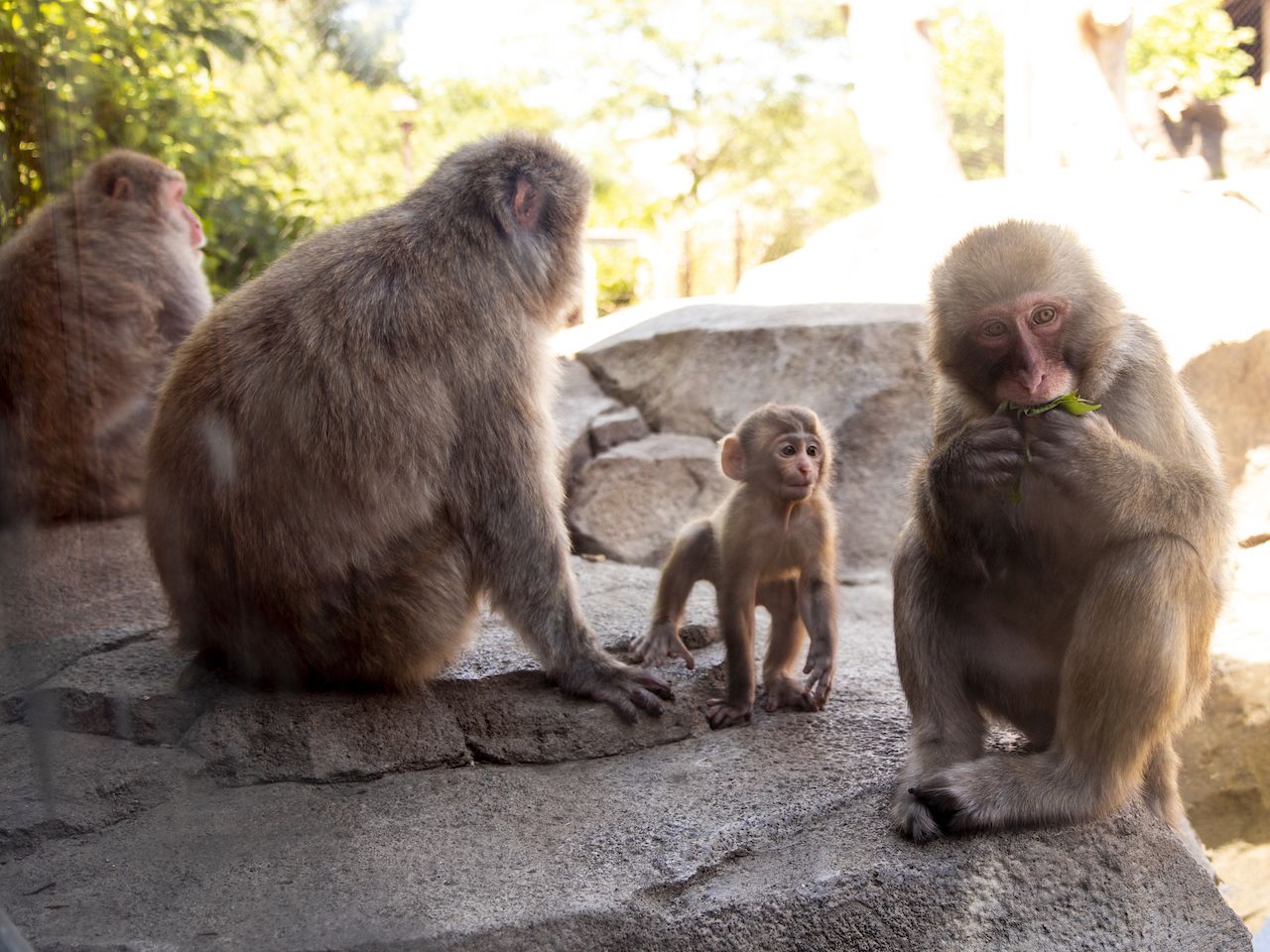 Assuming the new macaque would blend in with his or her new surroundings, it’s then moved from one zoo to another, and the breeding process begins. Although, like with dating, it’s never a 100 percent guarantee. But in the case of the Great Plains Zoo, love was indeed in the air, and the troop welcomed its two newest members over the summer.

The troop now has young macaques ranging in age from babies up to four-year-olds, and regular visitors can watch them grow up and interact with their mothers — or just enjoy watching them lounge in the hot tub, throwing snowballs at each other. Winter in South Dakota might not sound like the most inviting place, but with adorable red-faced baby snow monkeys and a heated viewing area, it might be worth braving the cold.

WildlifeThe 11 best places to travel to if you’re obsessed with monkeys
Tagged
Trip Planning South Dakota, United States
What did you think of this story?
Meh
Good
Awesome