This is the first installment in a new column, Spotting Wildlife. Each month we’ll highlight an animal that you can see — or at least try to see — in the United States.

Humans may not be doing much traveling this spring, but that doesn’t mean the entire world is grounded. Across the globe, the arrival of spring signifies migration time for dozens of species. For residents of the US and southern Canada, no seasonal resident marks the coming of warmer days more so than the monarch butterfly.

The monarch, of which a subspecies migrates to the warm environs of central Mexico each winter, begins to retrace its nearly 2,000-mile journey back in the opposite direction beginning in early March. You can see the vagabond monarchs en masse as they pass through vast swaths of North America, stopping along their route to rest and lay eggs everywhere from southern Florida to north of even Toronto.

“The monarch is the only butterfly known to make a two-way migration as birds do,” the US Forest Service notes on its website. “Using environmental cues, the monarchs know when it is time to travel south for the winter. Monarchs use a combination of air currents and thermals to travel long distances.”

The butterflies migrate for two primary reasons. First, and most obvious, is the fact that they simply cannot survive in freezing temperatures. The second reason is that their primary food source, the milkweed, is not found in frozen areas, so they must venture south to where it grows during the Northern Hemisphere’s winter months.

How to track monarch butterfly migration 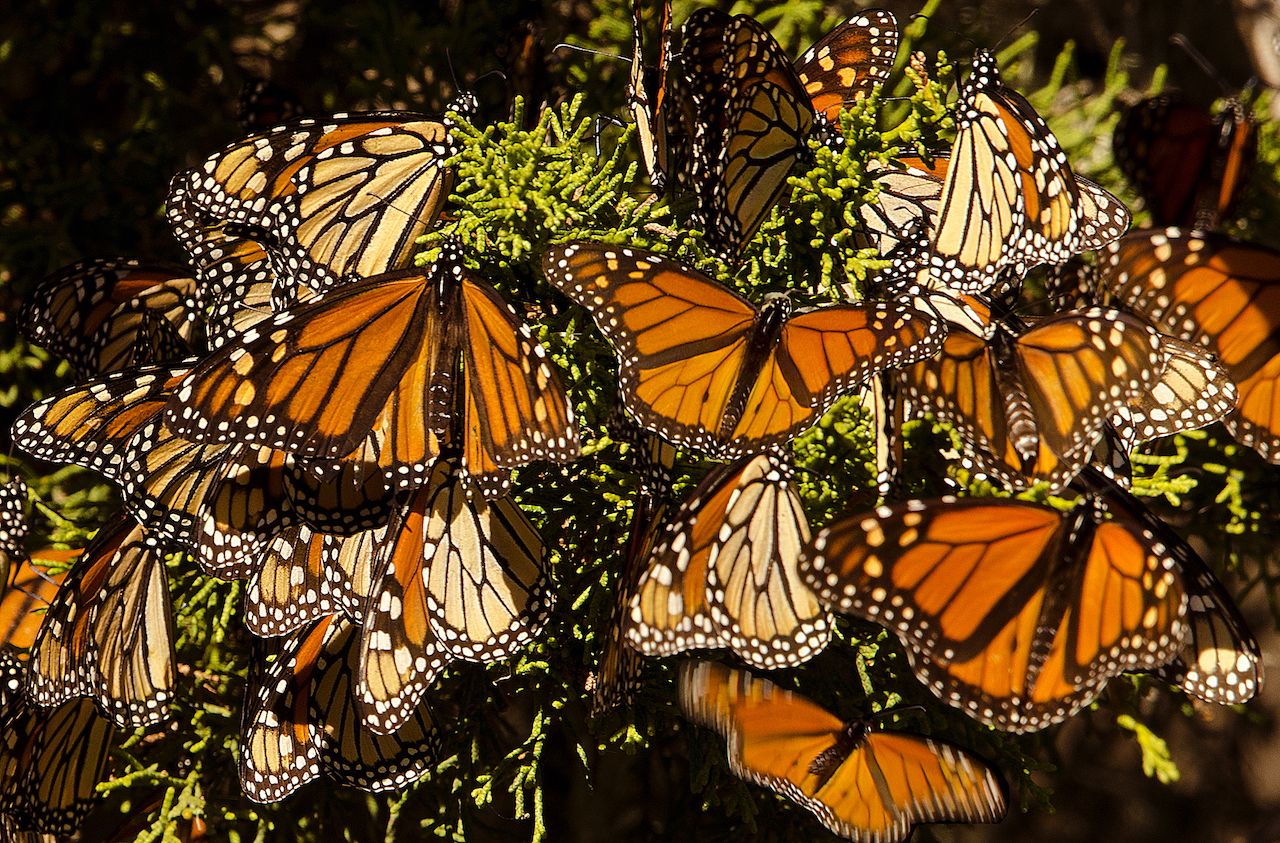 The website Journey North, launched by the University of Wisconsin-Madison Arboretum hosts this handy tool to help you track the projected population density of migrating monarchs in specific parts of the country based on date, beginning in March and continuing into the early summer. Almost 300 million pass through Texas and the southern US in early spring, easing their way north as snow melts and flowers bloom. Currently, residents of the lower Midwest and “upper” South shouldn’t have any trouble spotting monarchs in their backyards and local parks. Once May arrives, the northern Midwest and New England are in for a colorful show.

During the northerly migration, the monarchs reproduce and lay eggs, and stick around long enough for the eggs to hatch. This means that the monarchs actually come north with two generations of butterflies, while the journey south is only the surviving generation.

For those of us for whom venturing to a nearby state or national park for the 50th anniversary of Earth Day on April 22 is out of the question, we at least have a rewarding jaunt down to the neighborhood park to look forward to. Monarchs can’t travel at night, and typically huddle together in roosts to await morning. Due to their herding instincts, spotting them is generally easy if you’re in the right spot.

Along what’s known as the “Monarch Highway” — Interstate 35 from Texas north to Minnesota — drivers and nearby residents can often spot thousands of them in a single day. Those who live in a heavily treed area, or have access to a large nearby park, also may be in luck. According to the US Forest Service, pine, fir, and cedar trees are the ones monarchs are most likely to roost on. The thick canopies of these trees moderate temperatures and humidity at the roost site. Come morning, monarchs bask in the sunlight to warm themselves.

WildlifeHow To Make Sure Your Animal Encounter Is Ethical
Tagged
Wildlife
What did you think of this story?
Meh
Good
Awesome