What used to be an illegal activity and a form of protest that was quickly washed out or painted over during most of the 20th century has become a highly distinguished art form, touted the world over, in the 21st. But while street art has evolved throughout the years to become loved and praised, it remains almost solely the pride of cities.

Australia is having none of this urban exclusivity. For the past five years, Aussie street art has pushed beyond Melbourne’s Croft Alley and Sydney’s Bondi Beach Graffiti Wall to small, agricultural towns. More specifically, it’s made its way to what are probably the best canvases available in the countryside: silos and water towers. Those giant concrete or steel structures that, while utilitarian, are gray eyesores, are now getting makeovers throughout the country for the benefit of locals and the pleasure of tourists. 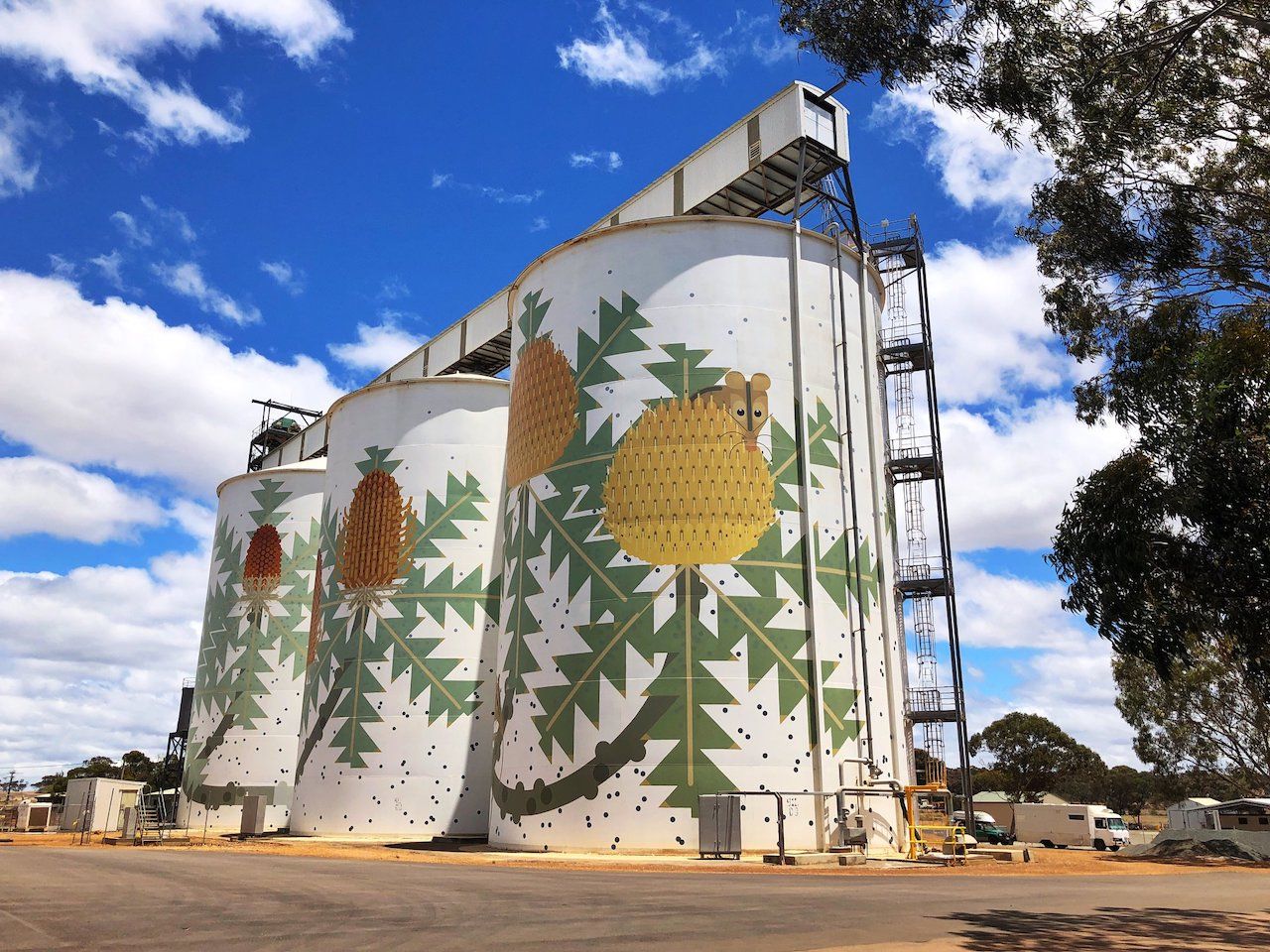 The project that started the trend is still visible in Northam, Western Australia. In 2015, cultural nonprofit organization FORM employed two artists named Phlegm and HENSE to paint a row of silos in the town, National Geographic reported. Out of the 16 cylinders, the artists each painted four in their signature style at each end of the series; Phlegm chose steampunk-like, black-and-white depictions of fantastical air balloons, while HENSE went for a design of colorful shapes and forms. 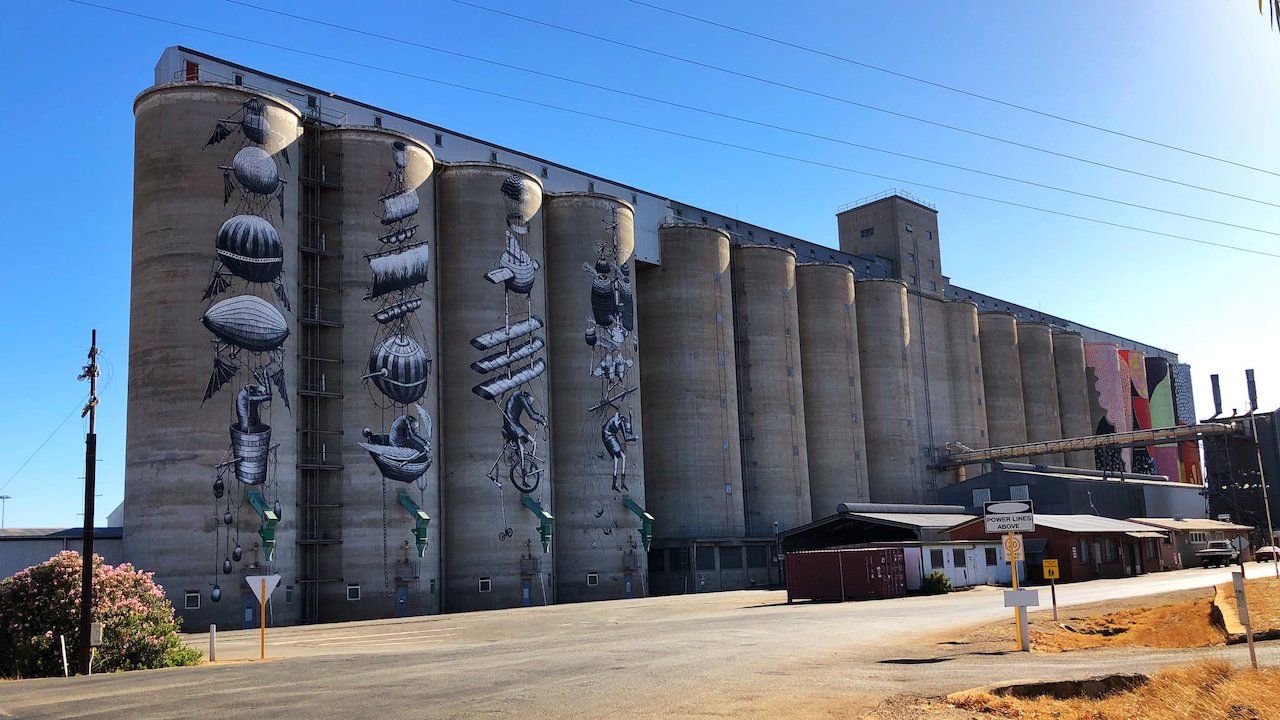 The accolades received after the Northam project led other rural towns of Western Australia to beautify their towering landmarks, and ultimately gave way to the Public Silo Trail, an itinerary through seven towns in the state where silos have been transformed into gigantic art pieces. 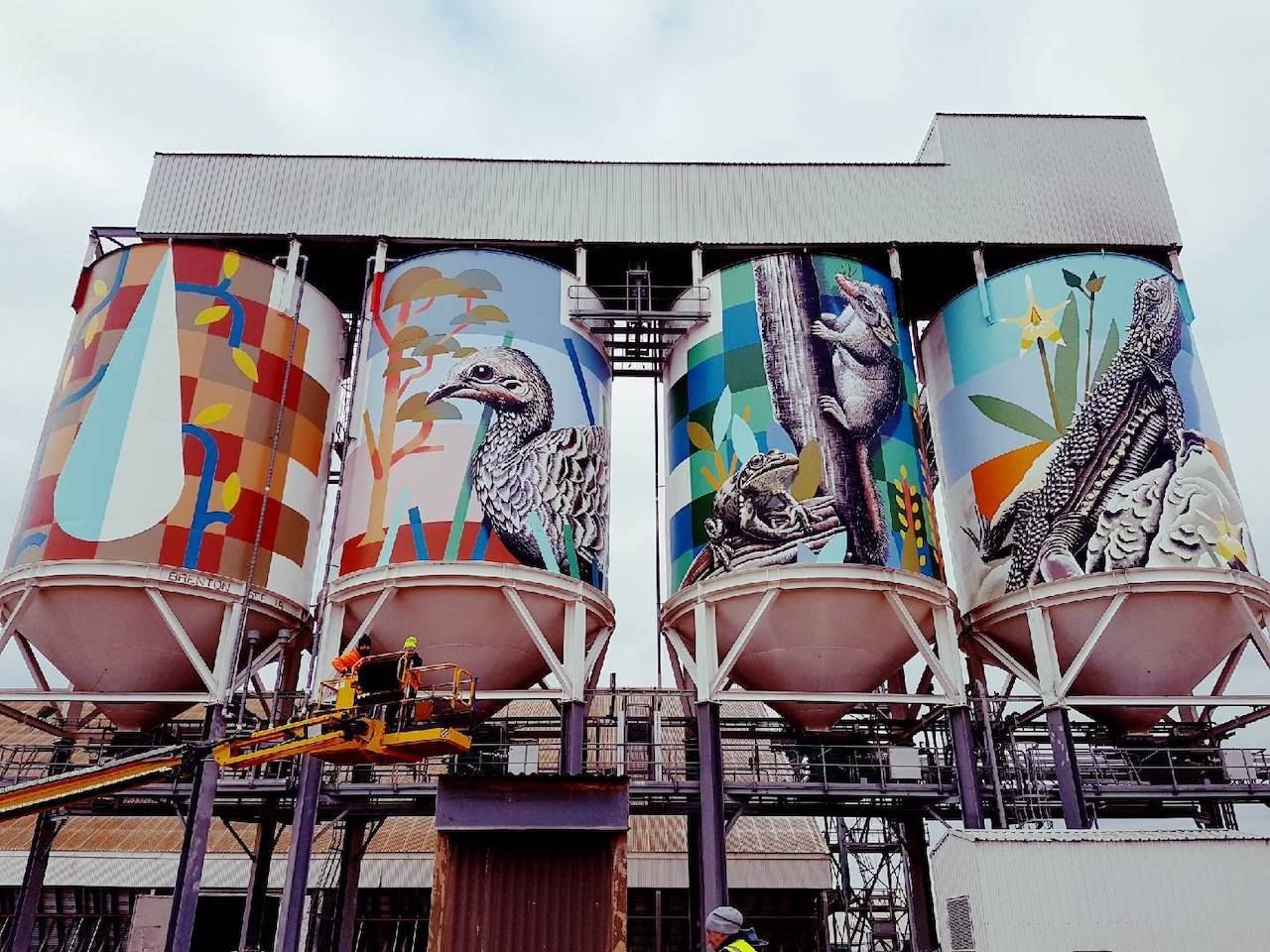 Not only did the initial project achieve its goal of bringing art to rural areas, but it put the towns on tourists’ maps, reinvigorating small towns that could use visitors’ money.

Today, eye-catching silos and water towers — many depicting local flora and fauna, rural scenes, and aboriginal designs — are all over Australia and a nationwide Silo Art Trail makes it easy for tourists to locate each piece and hit the road to see as many of them as they can.

One of them, created in 2017 in the small and remote town of Thallon in Queensland by artists Joel Fergie and Travis Vinson, even won the 2019 Australian Street Art Award. 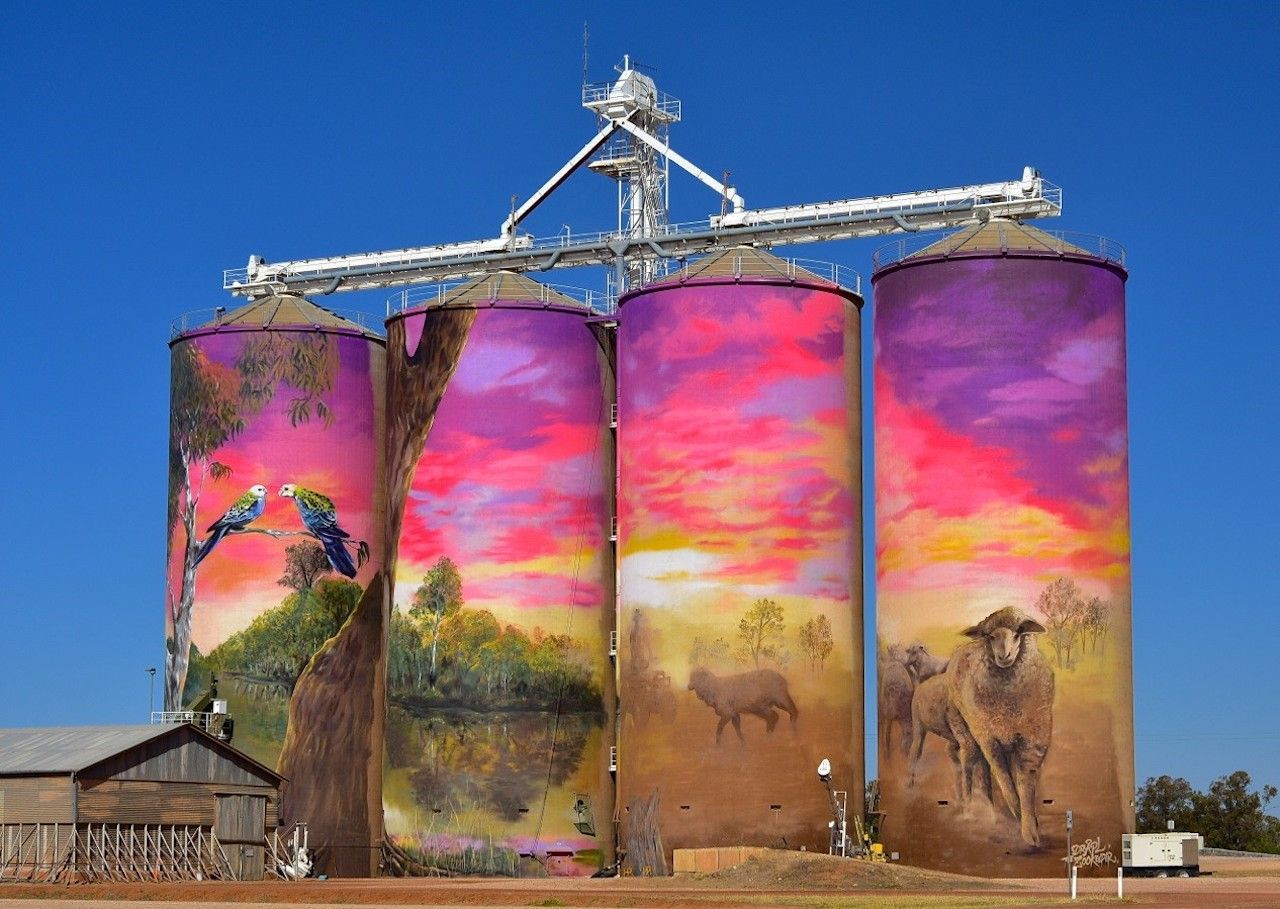 While seeing them all will require a very long road trip throughout the immense country that is Australia, they are worth planning an excursion around. By getting out of the cities to those more rural settings you’re guaranteed world-class art pieces, fewer crowds, and a warm welcome from communities whose efforts to make their towns shine deserve to pay off.

The 20 Happiest Countries in the World, 2022
This Guide To Australian Slang Will Have the Locals Sharing Their Tim Tams With You
Can You Guess What These Funny Australian Slang Phrases Mean?
13 of the Most Underrated UNESCO Sites You Need To Visit