Virtually every city has some form of graffiti. Often that means crudely scrawled doodles or scribbled expletives, but many of the bigger metropolises around the world display graffiti that truly lives up to the classification of street art. Eye-popping, thought-provoking imagery livens up neighborhoods from Melbourne to Reykjavik, showcasing some pretty serious talent, technique, and flair. These nine cities do urban art better than anyone, drawing in visitors from far and wide to see what masterpieces their open-air galleries have to offer. 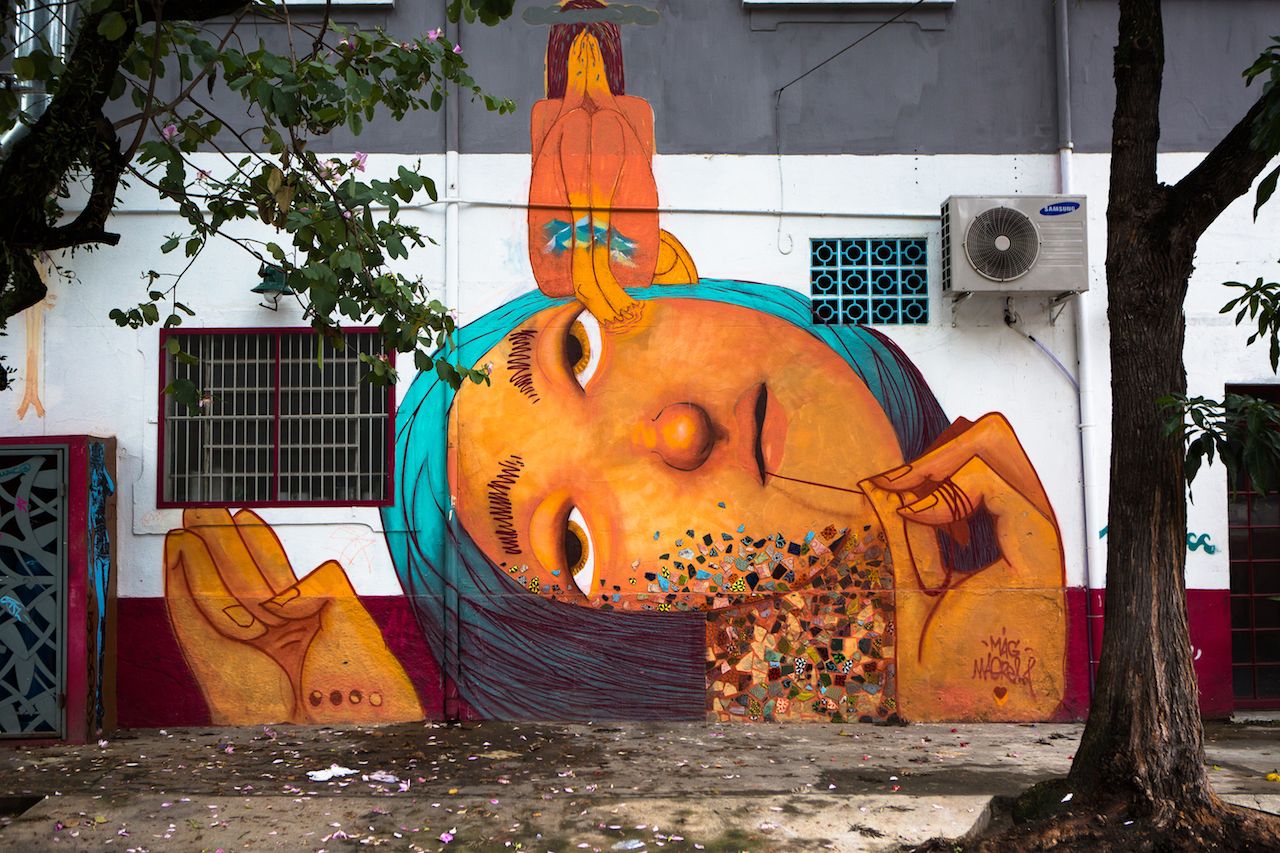 Tons of famous street artists hail from São Paulo, all of whom plastered their early works on the walls of the city. Vila Madalena is a hip, young neighborhood filled with bohemian art galleries, music clubs, and coffee shops that are perfectly complemented by a prolific street art scene. It centers on the Beco do Batman alleyway, named for the superhero sketch that started it all, which runs from Gonçalo Alfonso Street to Medeiros de Albuquerque Street. Elsewhere, the Cambuci neighborhood where twin artists Otavio and Gustavo Pandolfo, or OSGEMOS, got their start plays host to some of the largest, most jaw-dropping murals around. 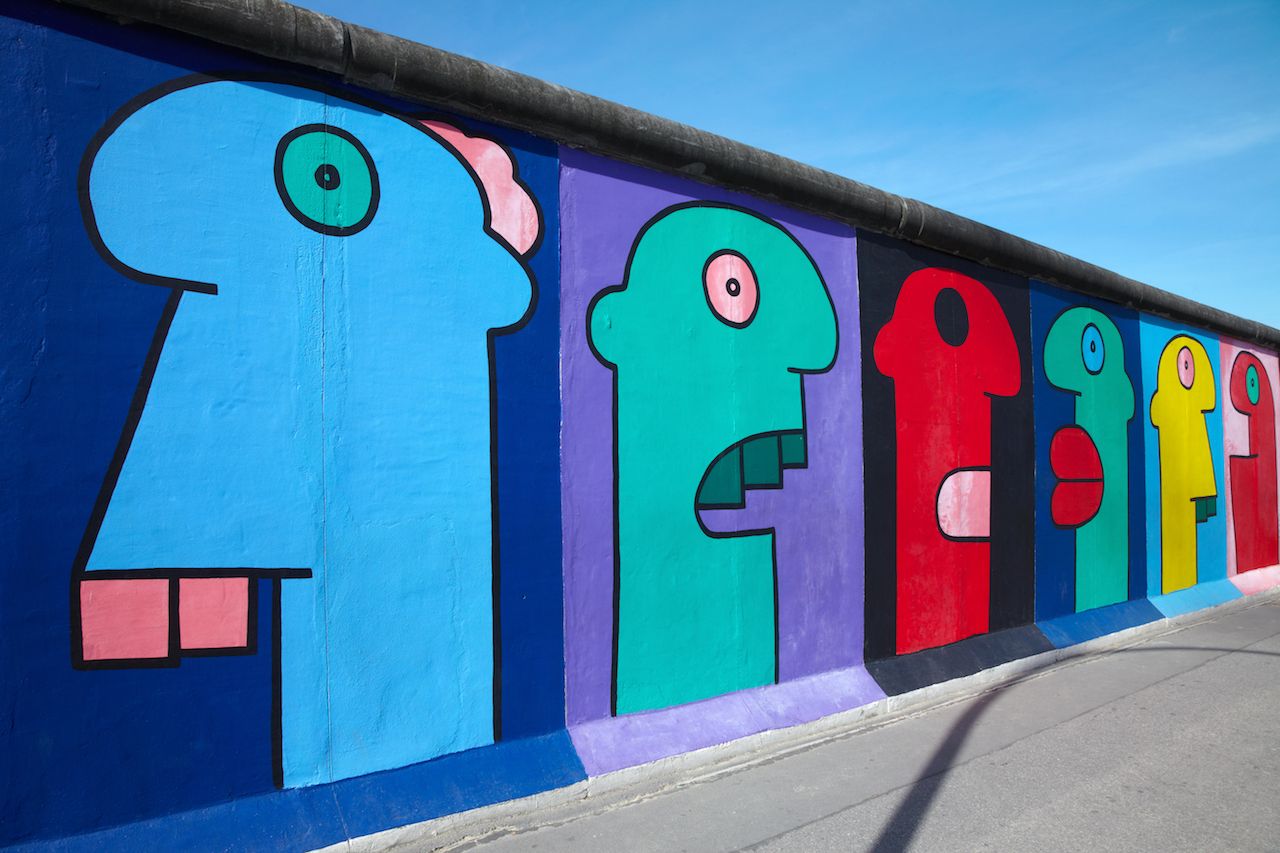 The urban art scene in Berlin is well established, so much so that graffiti-themed walking tours are a dime a dozen. And they cover more than just the East Side Gallery, a stretch of the Berlin Wall that has been covered in spray paint since the border opened between East and West Berlin in 1989. Now, it’s as famous for its murals as it is for its political significance, which of course inspired several of the works found there. Dircksenstrasse is another graffiti-heavy hotspot where you’ll see tons of stencil art and smaller images tracing the railway tracks between Hackescher Markt and Alexanderplatz in the Mitte district. 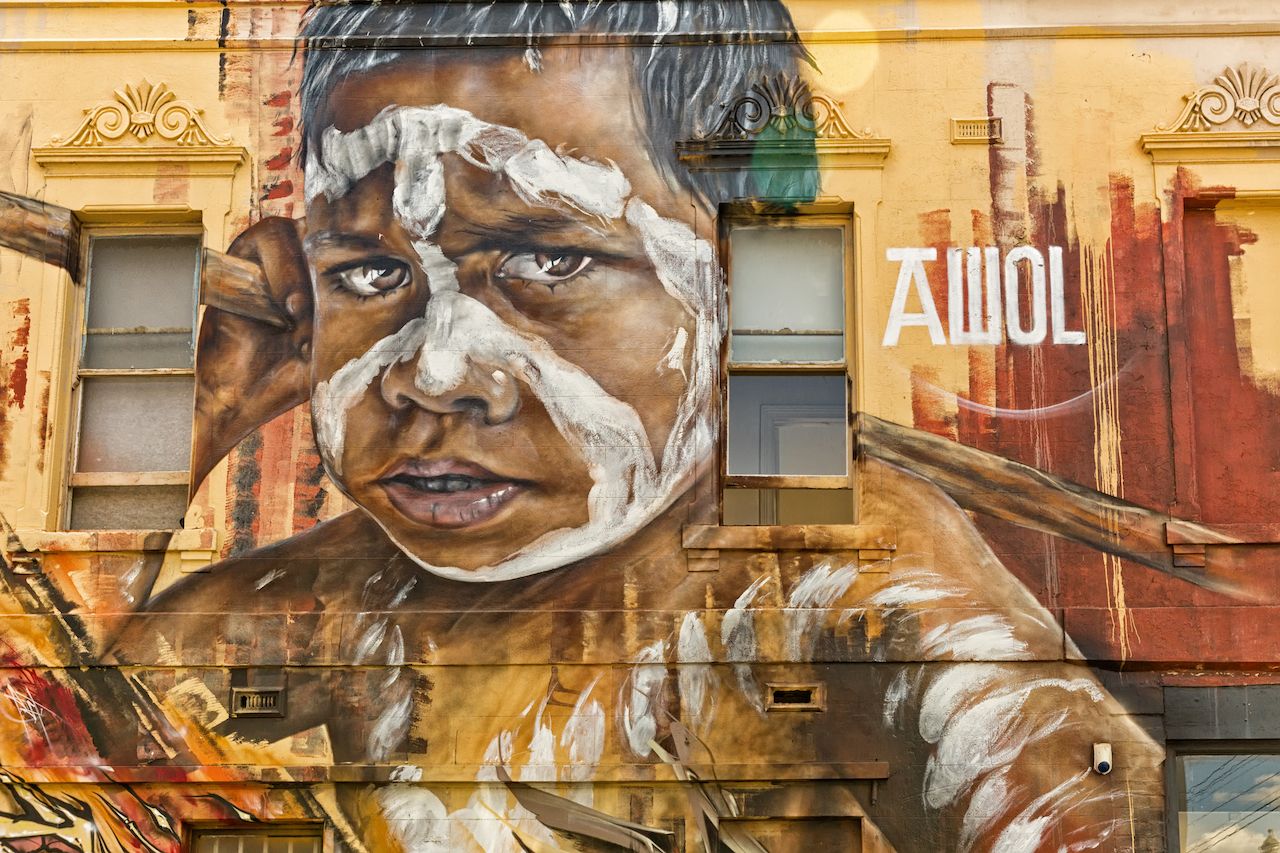 Alley walls throughout Melbourne feature bright, beautiful illustrations that come together to create vibrant murals spanning entire city blocks. You could find Sonic the Hedgehog sandwiched between a walrus with lit cigarettes for tusks and Hindu deity Ganesh, sitting kitty-corner from a topless Kardashian. (Yes, those are all real references.) Urban art tours of the city might start on ACDC Lane with its tributes to musical icons, then move to neighboring Duckboard Place with its colorful artworks painted down the backs of trendy restaurants. After, you might hit narrow but art-dense Caledonian or Union Lane. Few unpainted patches remain in Melbourne, making it one of the coolest cities in Australia. 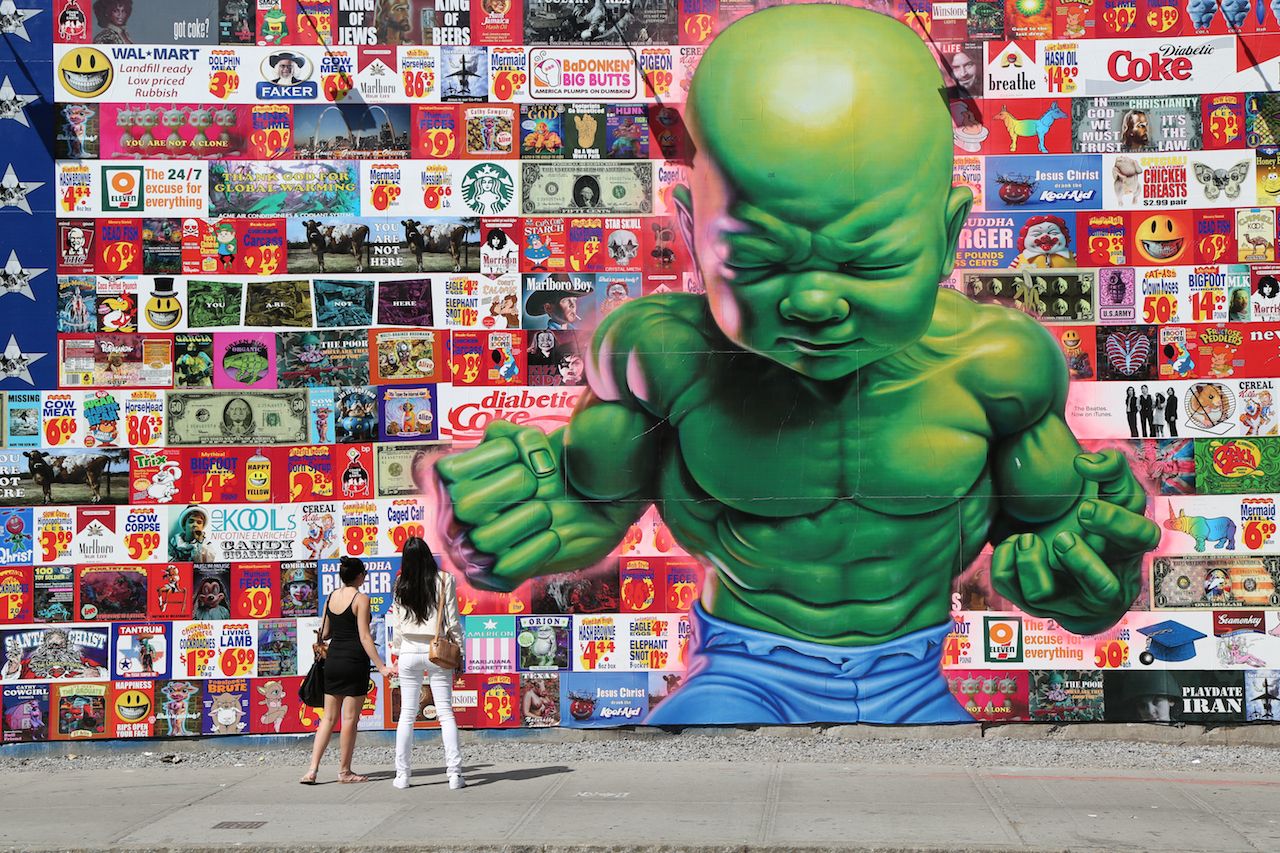 Graffiti may have been born in Philadelphia, but it grew up in New York City. Elaborate artwork can be found around every corner, but each borough, neighborhood, and city block has its own panache, from the Graffiti Hall of Fame in Harlem to the Coney Art Walls in Coney Island. You’ll find iconic pieces by Banksy and more of the biggest names in street art, as well as commissioned works like the bird-centric Upper Manhattan murals organized by the Audubon Mural Project, a collaboration between the Audubon Society and the Gitler &_____ art gallery, which are intended to draw attention to the threat of climate change. 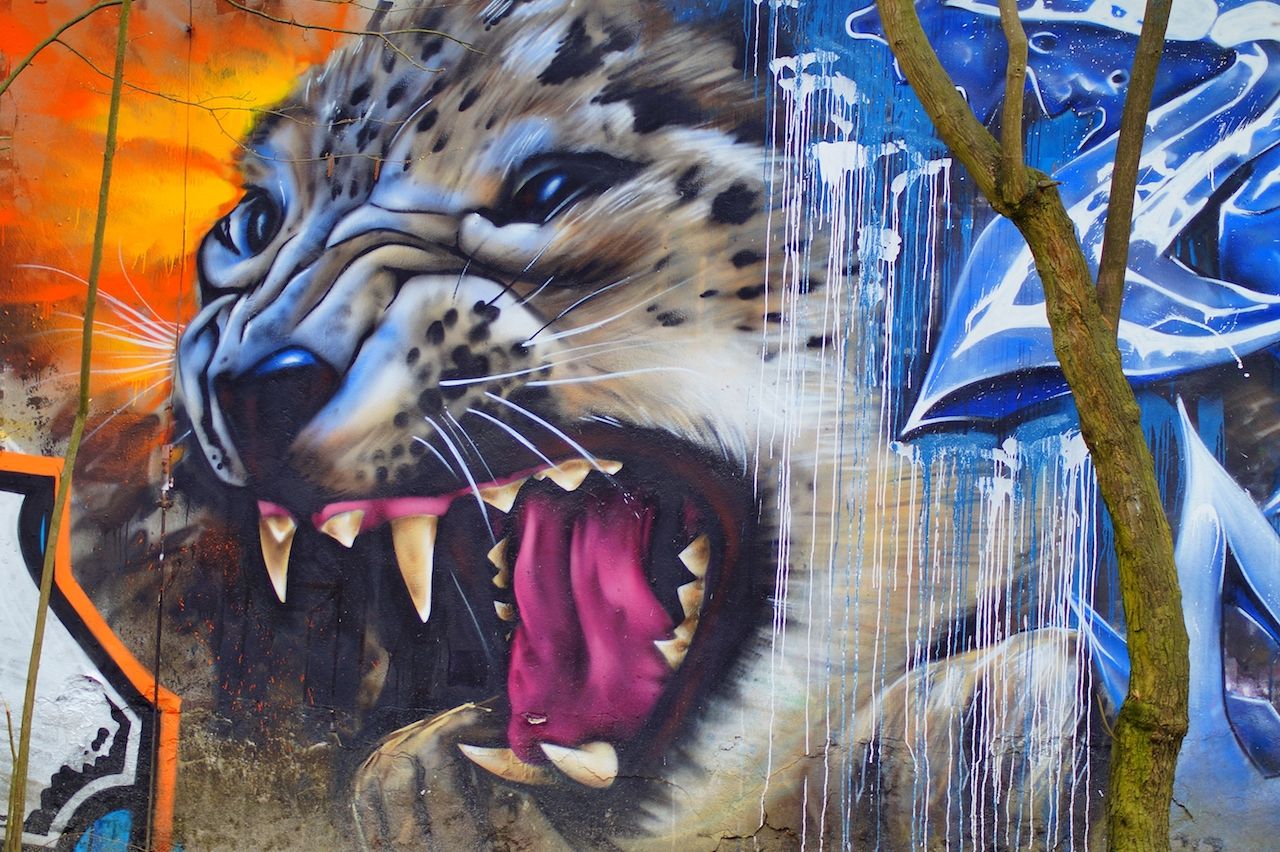 Once known for its textile manufacturing success and utter lack of character, Łódź is redefining itself as the arts and culture capital of Poland. A massive urban art campaign has a lot to do with that. Several acclaimed artists, including OSGEMEOS of São Paulo, have helped turn the concrete slabs of this once drab, industrial city into an artistic hub thanks to the city-sanctioned Urban Forms Foundation. Piotrkowska is the hip local tourist hub, so kickass graffiti comes with the territory, but even residential areas showcase must-see pieces. 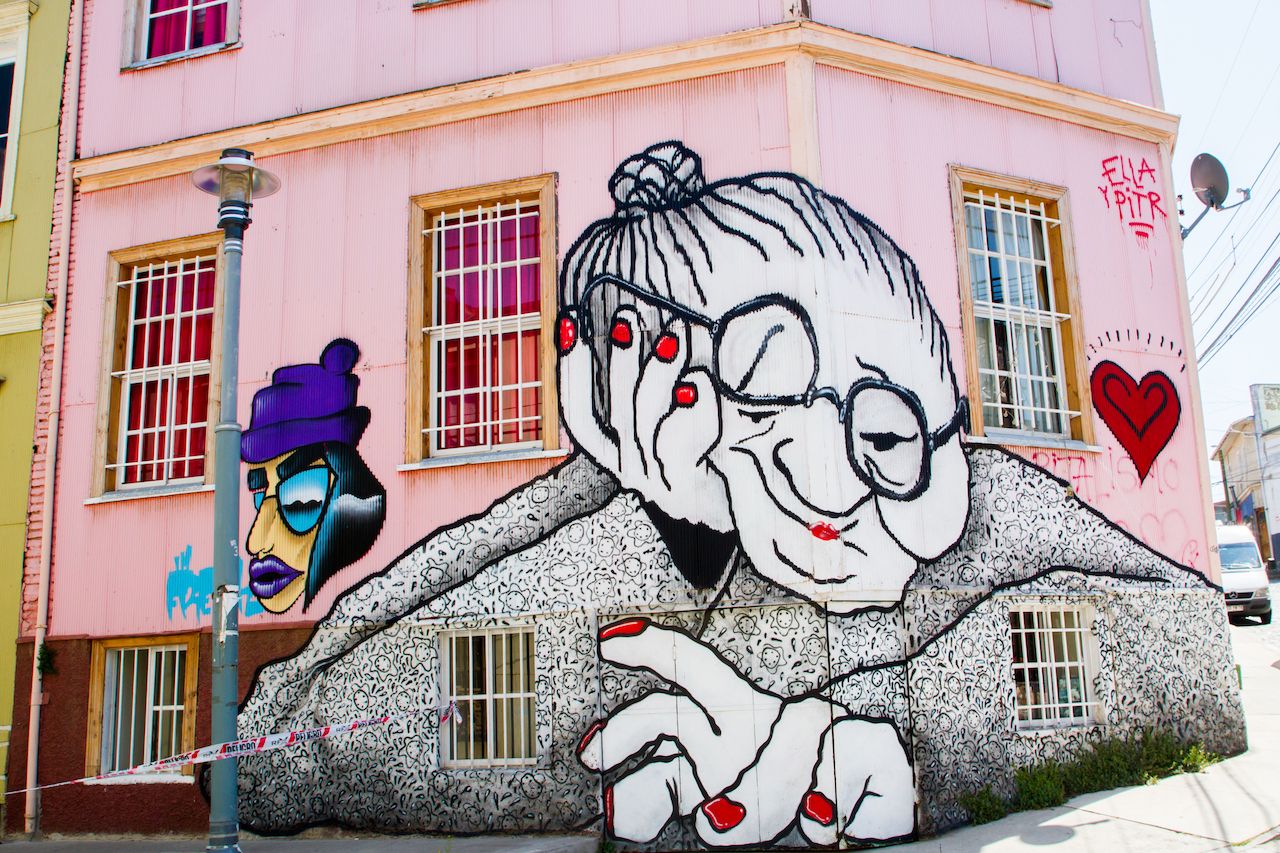 Creativity bleeds out onto the streets in Valparaíso. And the sidewalks. And the stairwells. And just about every other nook and cranny. Graffiti worthy of a gallery show covers everything that can pass for a canvas, dressing up the city in psychedelic portraits, abstract designs, and quips presented in bubble letters. You’ll have no problem stumbling onto amazing street art just by wandering around, but Templeman Street in the Cerro Alegre neighborhood might be the place to start your tour. 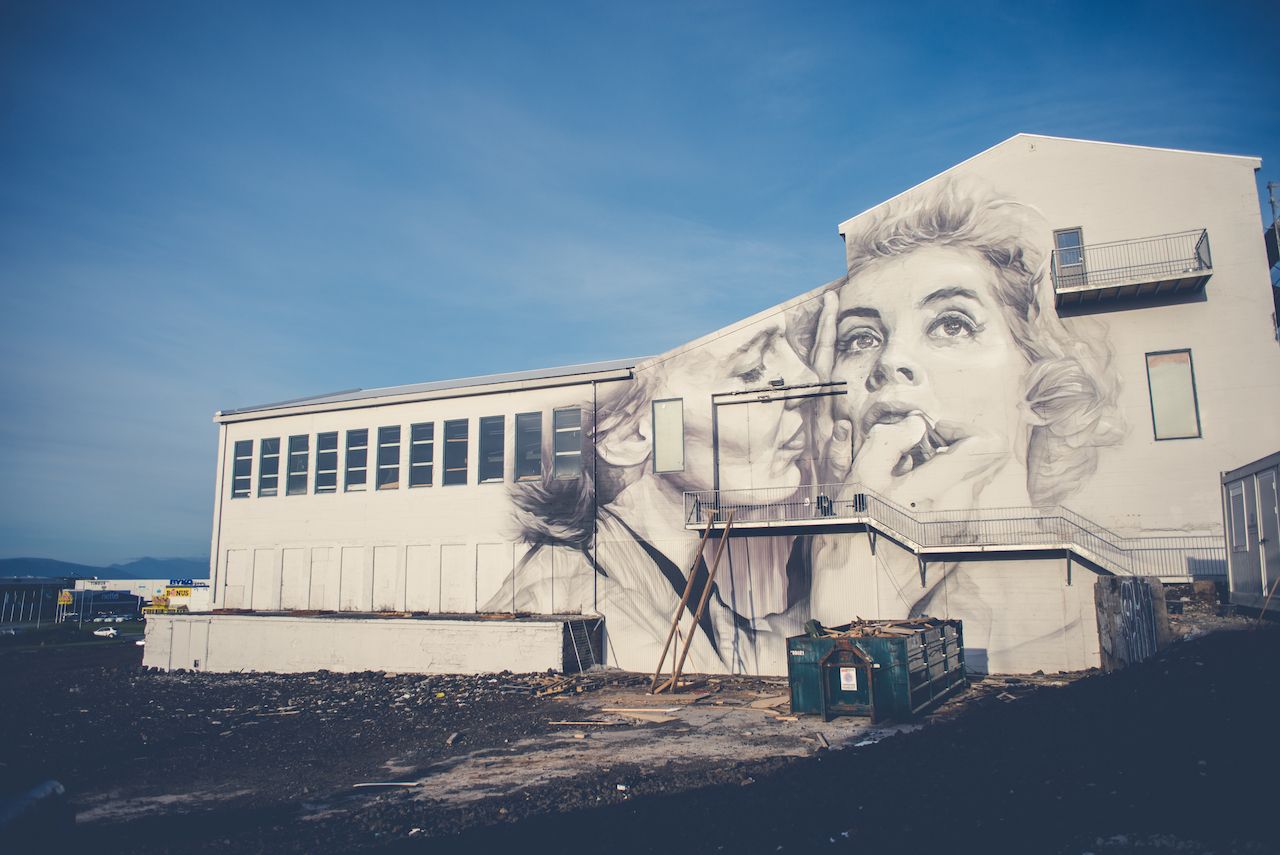 Street art has been a feature of the Reykjavik landscape since the 1990s, shortly after it debuted in the United States. Most of the recent works are the product of a project called Wall Poetry, a collaboration between annual music festival Iceland Airwaves and Berlin-based art gallery Urban Nation that brings artists and musicians together to create music-inspired pieces. Also worth tracking down are the black-and-white, photo-realistic murals by Dutch artist Guido van Helten in the Grandi Harbor area, which were inspired by featured images in the Reykjavik Museum of Photography and based on the play No Exit by Jean-Paul Sartre. 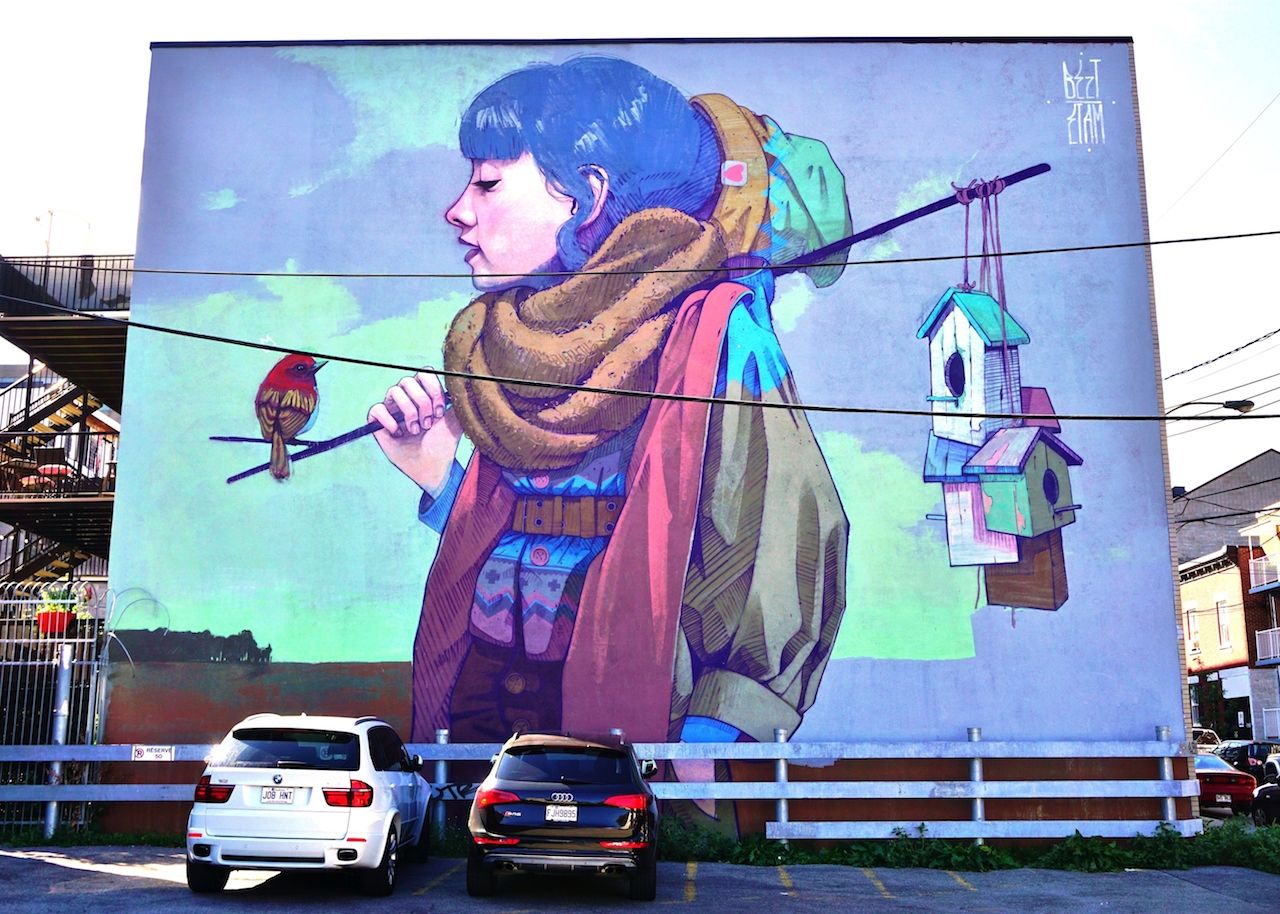 Not only is Montreal a great place to see spray-can creations, but it’s also one of the best places in the world for street art festivals. Chief among them is the 10-day MURAL Festival, a riot of outdoor concerts, walking tours, and an open invitation to paint the city. On any given day, a jaunt through hipster haunt Plateau Mont-Royal where the festival takes place is almost as good as attending an official showcase. Standouts include the Roy Lichtenstein-inspired portrait of a crying blonde by prominent urban contemporary artist D*Face and Graffiti Granny, and a vivid illustration featuring an old woman wielding a spray paint can, both on Boulevard Saint Laurent. 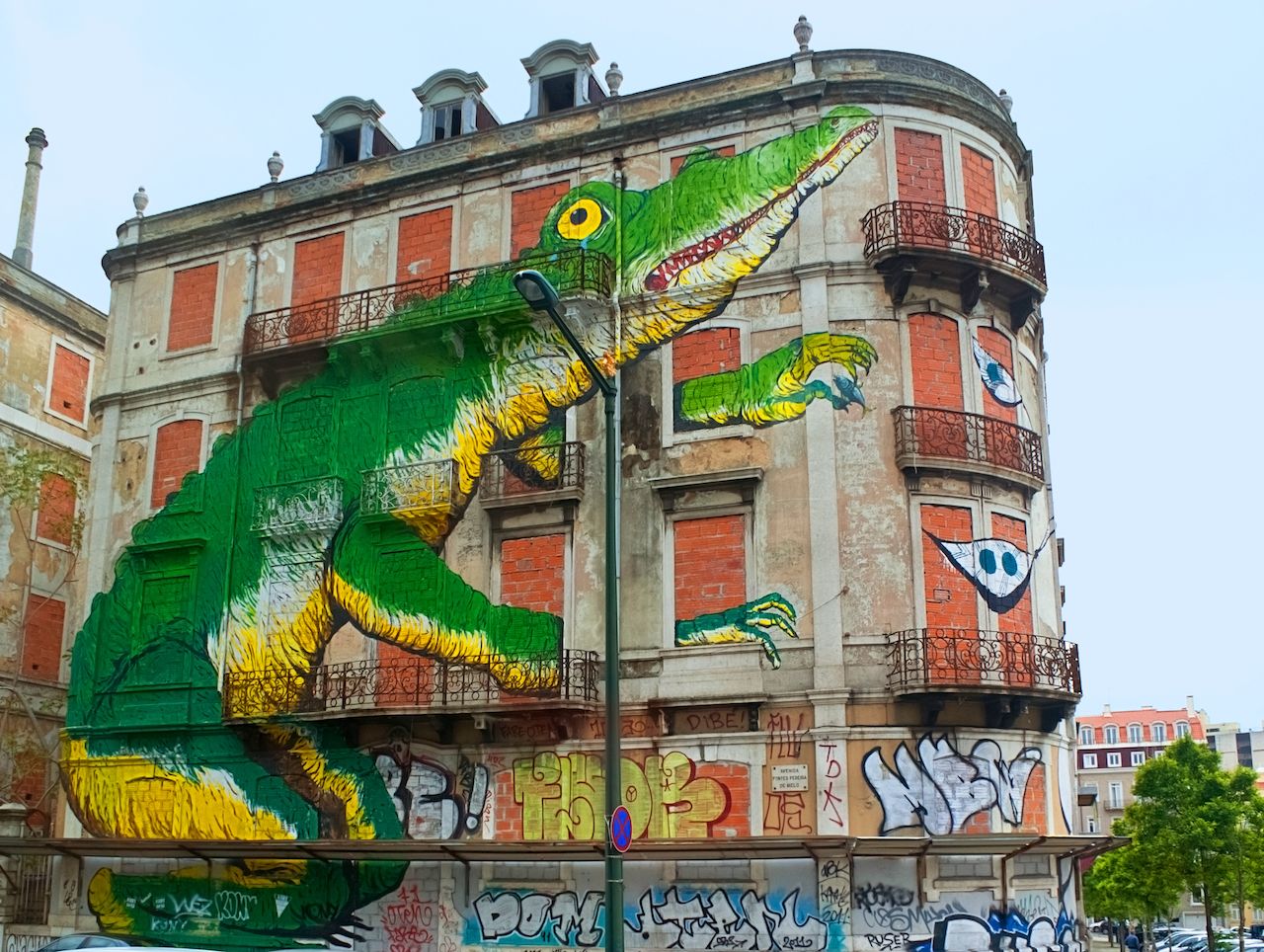 Lisbon houses some of the best of what street art can be. Two of the most iconic works are the Big Raccoon by Bordello II near the Belem Cultural Center, which incorporates discarded materials to create a 3D effect and highlight just how much gets thrown away in modern society, and the Plastix Fox by the same artist near the Santo Amaro docks. In addition to individual pieces, there are entire streets like Calçada da Glória that showcase works by various artists running along well-worn trolley tracks. One of the major reasons behind the extensive street art scene in Lisbon is the Crono Project, started in 2010, which commissioned street artists to makeover many of the older, abandoned buildings around the city.

Student Work17 Images That Prove Lisbon Has the World’s Greatest Street Art
Tagged
Art + Architecture
What did you think of this story?
Meh
Good
Awesome