Imagine if flying out of New York City were this easy: You depart from downtown Manhattan — no schlep out to Queens or New Jersey — arrive at the airport 10 minutes before your flight takes off, and skip check-in lines and TSA. Well, with Tailwind Air’s seaplane flights, traveling from New York to other East Coast cities, as well as a handful of popular beach destinations, it’s possible.

Operating out of the New York Skyport in Manhattan on the East River, Tailwind Air’s fleet of amphibious Cessna Caravans flies from New York City to Boston, Washington-Dulles, and a growing number of vacation destinations such as Provincetown and Sag Harbor. As demand for their flights booms, Tailwind plans to open routes from Manhattan to Martha’s Vineyard and Nantucket in the coming months. Customers can even charter private seaplanes to fly from Manhattan to places like Bar Harbor, Block Island, or Prince Edward Island in Canada. With the capacity to take-off and touch-down on land and water, the sky’s the limit, for future Tailwind routes. 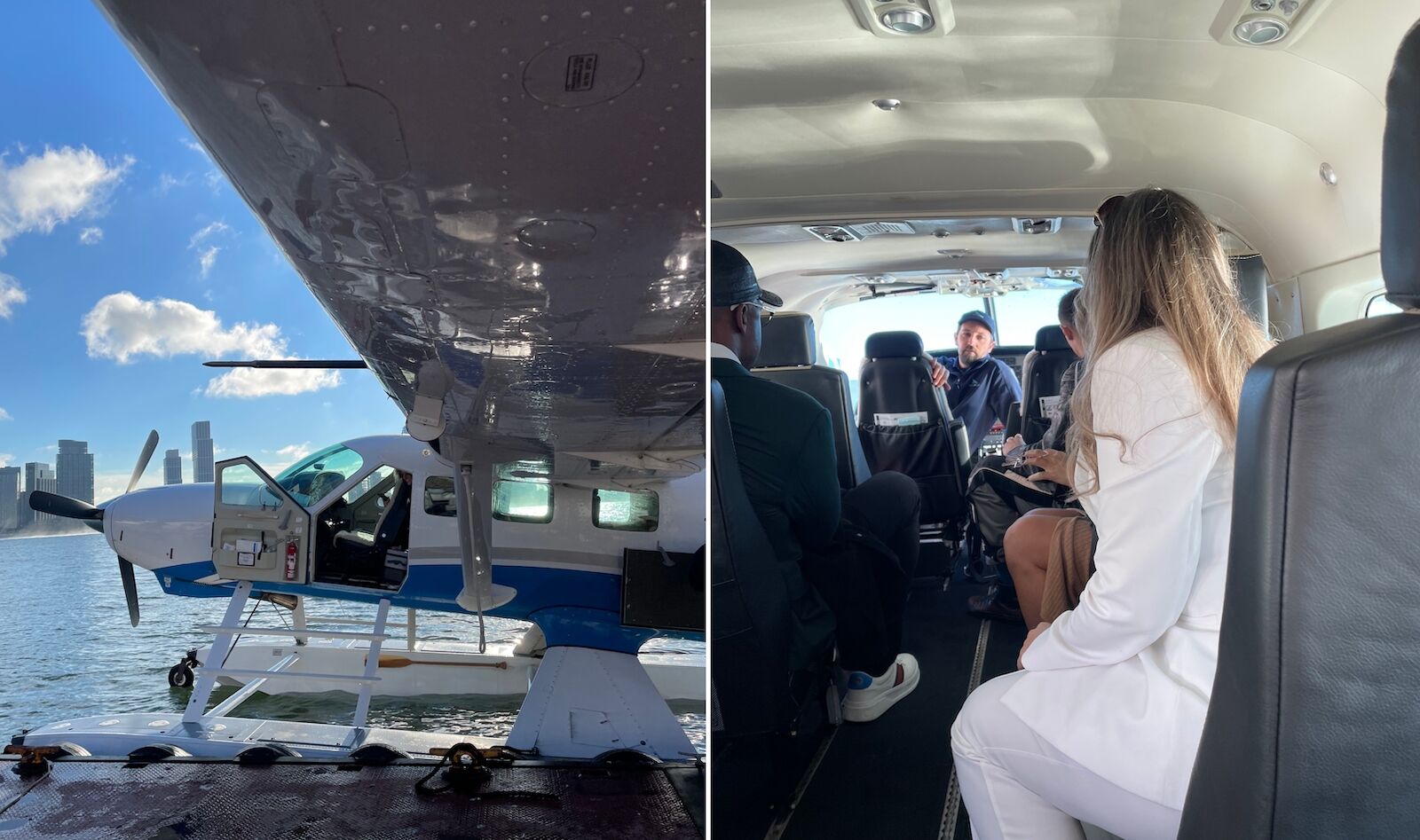 Seaplanes are an old technology in the field of aviation. Although almost completely overtaken by jet planes by the 1950s, seaplanes were crucial to early air travel. In fact, seaplanes are the reason why so many major airports were built near bodies of water — think Boston-Logan, John F. Kennedy, and LaGuardia. In the late 1930s, Pan Am Clippers — colossal seaplanes fitted with ballrooms, dining rooms, and lounges — revolutionized travel by allowing for Pacific Ocean crossings via island hopping. If you wanted to visit, say, New Zealand or Australia, before the outbreak of World War II, chances are you would take a Pan Am Clipper. Eventually, jet technology, far faster and more profitable, signaled the death knell for these luxurious flying boats.

Now, nearly a century later, seaplanes are making a come-back. Seaplanes are not only more environmentally friendly than jets, but as it stands, they’re the fastest way to travel between East Coast hubs, making better time even than private jets. The Tailwind flight between New York and Washington-Dulles is roughly 80 minutes from take-off to touch-down, about the same airtime as on a commercial jet, but once you factor out driving to the airport, going through security, checking bags, and waiting at the gate, you’re looking at saving around two hours of travel time.

Beyond the convenience and timesaving, taking a seaplane out of Manhattan is an absolute hoot. (Who’s ever said such a thing about a Delta or Spirit flight?) After take-off from the East River, the small aircraft flies well below the cloud line, climbing past skyscrapers that look close enough to touch. While commercial jets cruise at 15,000 feet, seaplanes cruise at 8,000, an altitude allowing for wondrous views of the Mid-Atlantic’s forests, rivers, and lakes. Even with the noise from the propeller, Tailwind flights are relatively quiet and smooth, and you can comfortably chat with other passengers without having to shout. 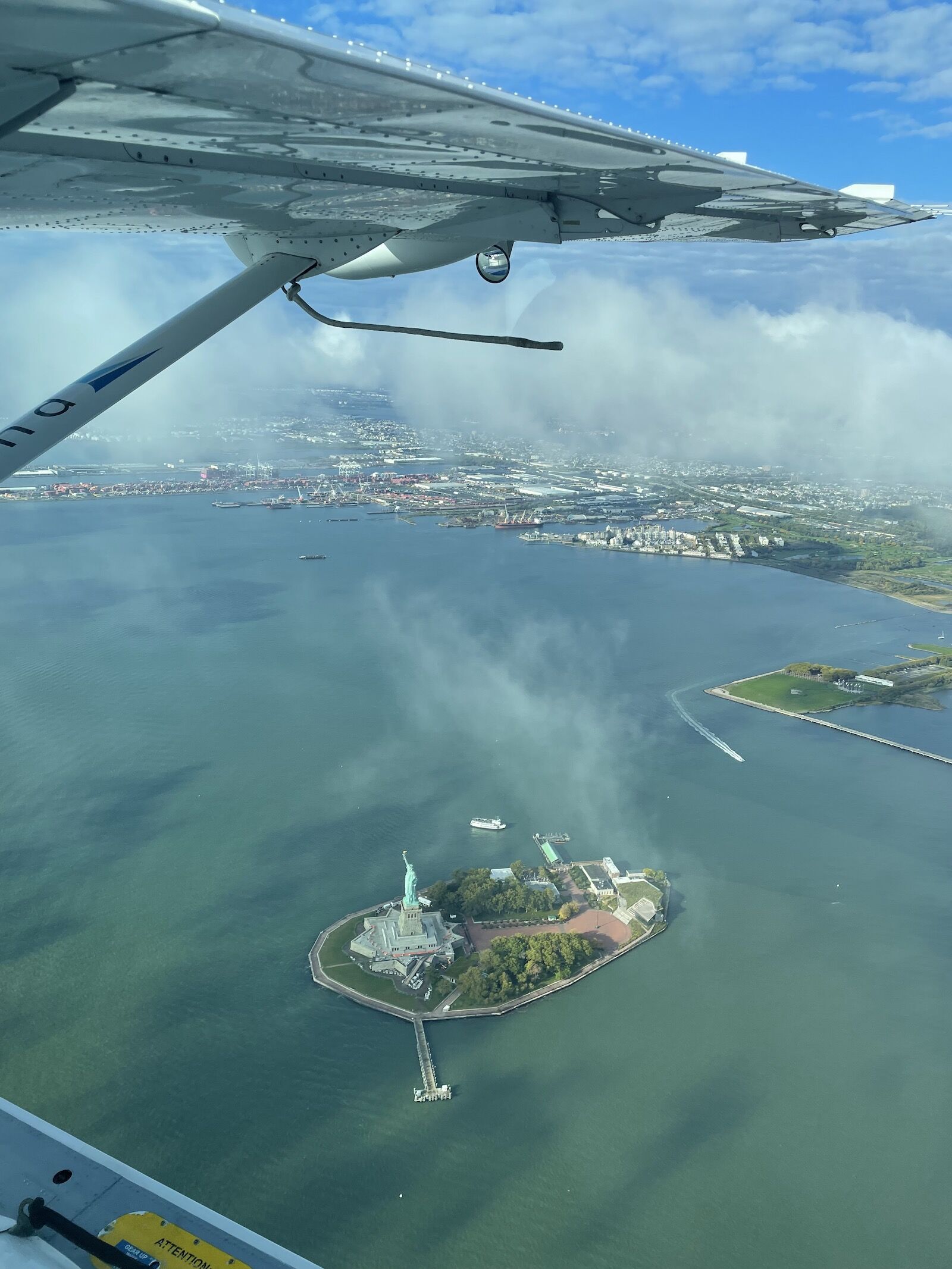 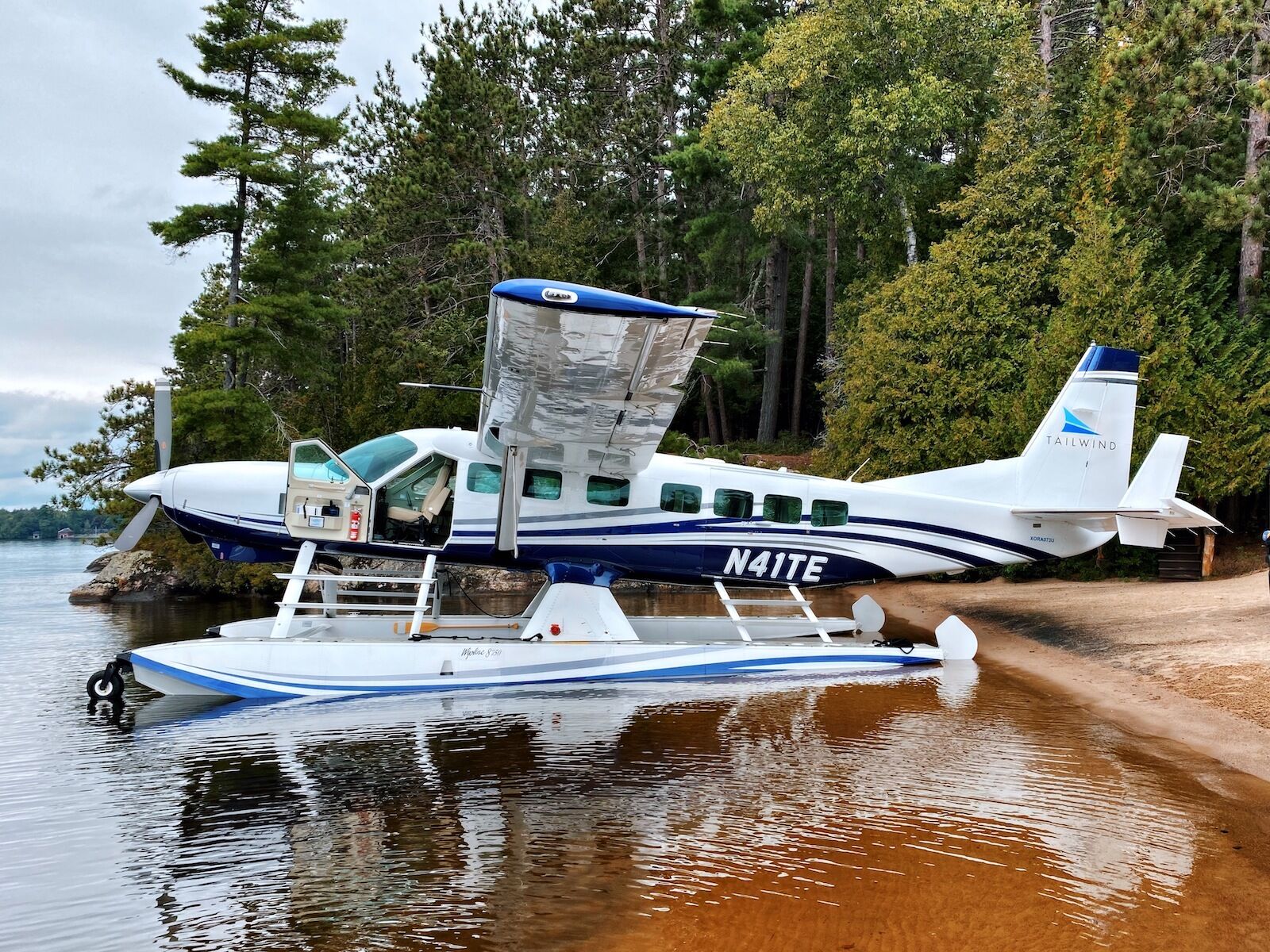 In addition to Tailwind, several other companies are already vying for market share. Blade, a start-up best known for chartering private helicopters, flies seaplanes between New York City and the Hamptons, Montauk, and Nantucket as well as operating seaplane routes on the West Coast and in Europe. Phoenix-based Mesa Air plans to build a fleet of seaplanes to carry passengers from Miami to Washington, DC, New York, and the Florida Keys.

Tailwind Air flies five days a week (Monday to Friday). Flights from Manhattan to Boston ($495 each way) run approximately every three hours, and from Manhattan to Washington-Dulles ($595 each way) twice per day. While tickets are not cheap, Tailwind’s prices are comparable with train fares on Amtrak’s Acela. Also, since you can easily zip back and forth between cities on the same day, you’ll probably save some scratch on hotels. For those who plan to fly frequently on Tailwind, the company offers flexible packages that significantly reduce the cost per ticket.

Upon booking your ticket, Tailwind will ask you to provide your weight — important information given that the planes are small. While there are thankfully no limitations on body weight, your bag must weigh less than 20 lbs.

You can show up at the Skyport 10 minutes prior to departure. Mercifully, you won’t have to suffer any TSA rigmarole or long check-in lines. The Skyport is right off the FDR Drive, and if you drive, parking is available in nearby garages. If you choose to take the subway, the Third Avenue Station is the closest stop and about a 15-minute walk from the Skyport.

Note that the seaplanes do not have a bathroom, and since most flights are 80-minutes long, you’d be wise to hit the john before take-off. The views are best toward the front and especially on the left flank of the aircraft, the side facing Manhattan during take-off. On that note, make sure to bring a camera or fully charged phone — the Tailwind Air experience is oh-so-Instagrammable.

The Best Scenic Seaplane Tours in America for an Epic Afternoon Adventure
Tagged
Airports + Flying New York, United States
What did you think of this story?
Meh
Good
Awesome