An old airport in Taiwan has found new life in an unexpected form: an urban park. A former airport in the city of Taichung has been transformed by French landscape architects Mosbach Paysagistes, who incorporated the airport’s topography into the sprawling Phase Shift Park’s design.

The architects were inspired by philosopher Rudolf Steiner’s “Principle of the 12 Senses” to create a space with 12 different fields. One field, for example, is designed to create echoes (speech), while another is full of flowers to appeal to the sense of smell. 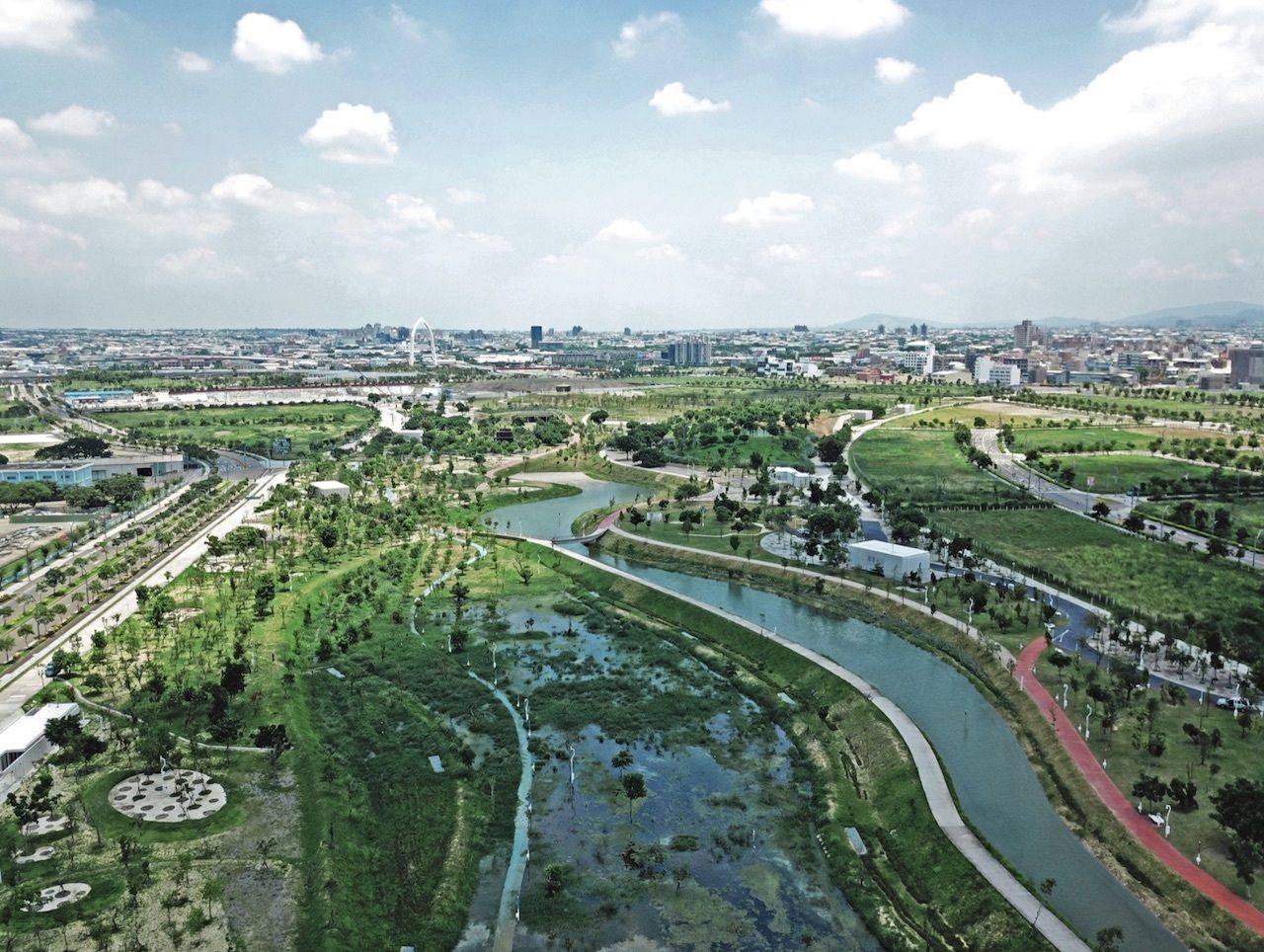 All across Phase Shift Park, nature is combined with solar technology to shield the park from the surrounding humidity and pollution in the city. It’s home to over 200 types of plant species, and over 10,000 trees are expected to grow in the next few years. Porous folds were incorporated into the ground to maximize rainwater collection during monsoon season, and trees were planted strategically to bring shade and reduce humidity. 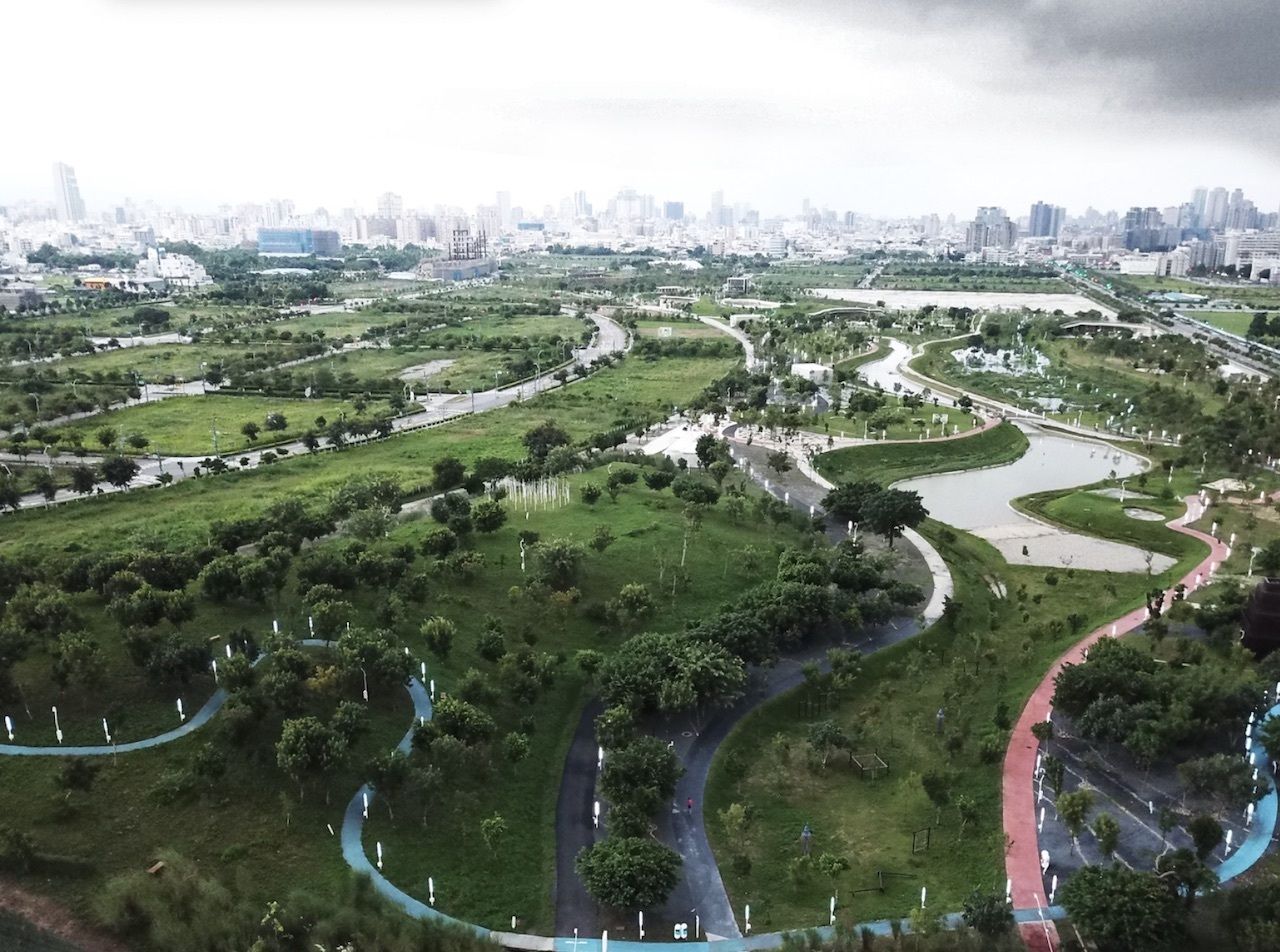 The architects conducted extensive research to maximize the landscape, and incorporated new technology in an effort to create a unique nature experience within the city. 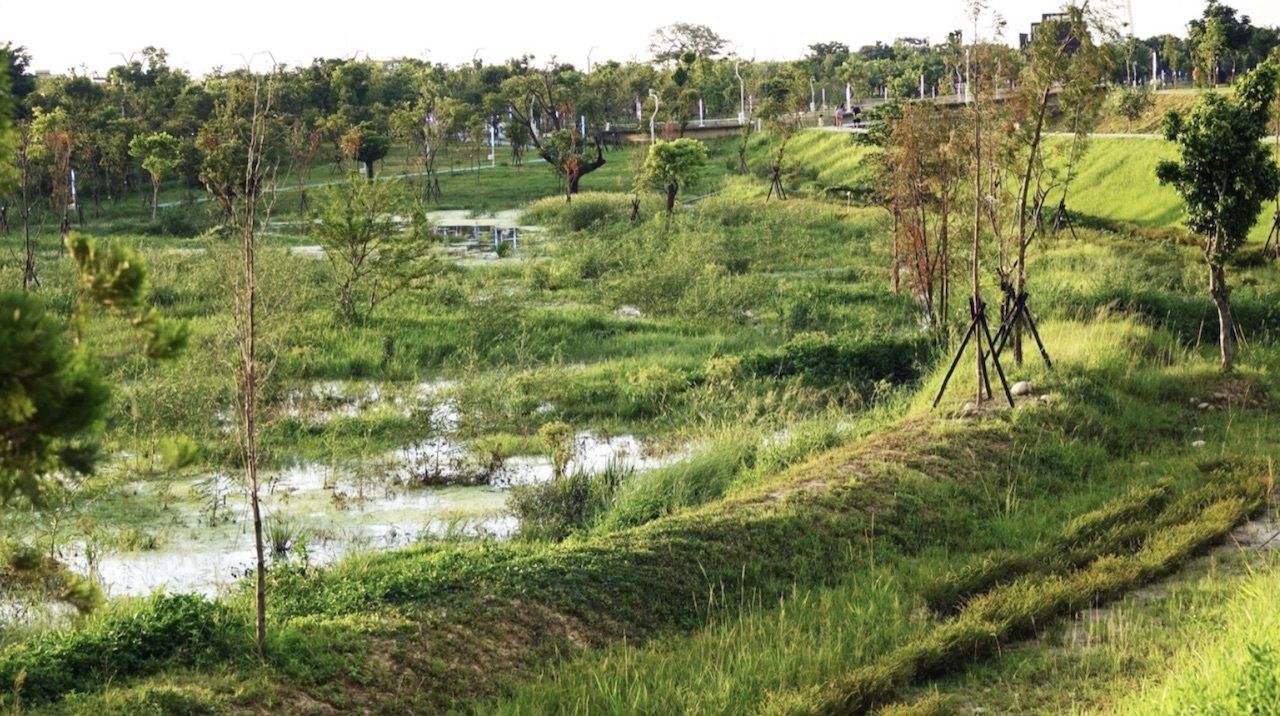 There’s also a cafe, public bathroom, and cultural center, each of which was designed with a gray mesh surface that emits light at night to aid visibility.

Sun Moon Lake is Taiwan’s most scenic and delicious destination

Why Taiwan was made for outdoor lovers

9 western habits I lost when I moved to Taiwan

9 foods you have to try in Taipei, Taiwan

6 American habits that save my ass in Taiwan

15 things no one told me about living in Taiwan